Drink / Columns / About Tea Time: 5 of the Best White Teas

About Tea Time: 5 of the Best White TeasBy Sam Holder

In a land far far away, lived a fair maiden. A picture of innocence: pure, unblemished and desirable.

Her delicate sweet taste and mythical beauty made her a legend among thirsty pilgrims on the holy cuppa trail.

An ancient brew, just the way nature intended, without the meddling, brutish hand of man…

There’s something of an air of romance to white tea. But is it all just a work of fiction? In the particularly pernickity world of tea experts and growers, there’s no clear consensus about what white tea actually is. But it’s become one of the most popular and sought-after types worldwide. 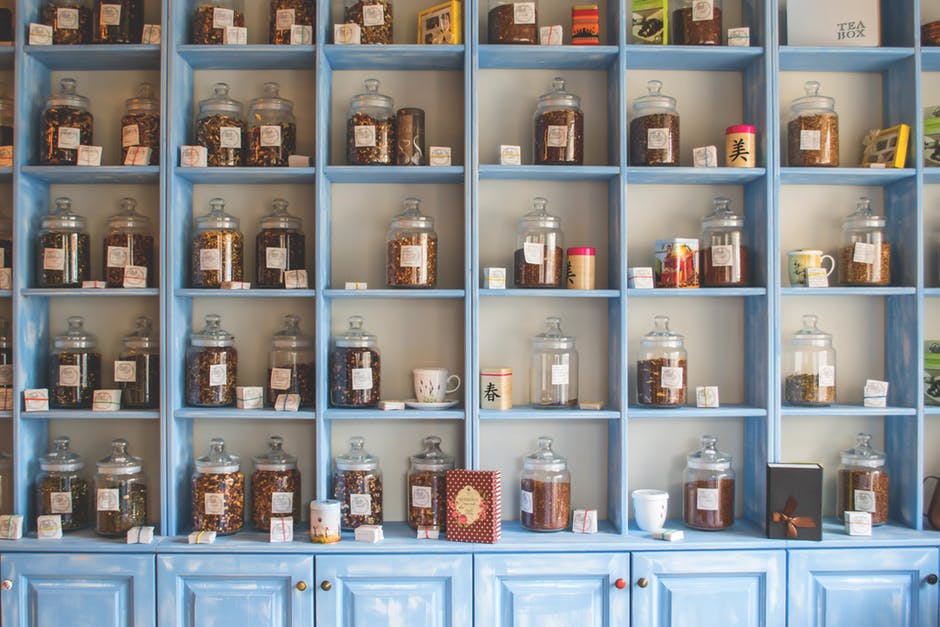 As with all ‘proper’ tea, it comes from the Camellia Sinensis plant. Just about the only thing people agree on is that it should be the least processed type of tea –  typically plucked fresh and then dried very quickly, using the youngest parts of the plant. Traditionally and rather enchantingly, the leaves and buds were left out in the open air to be dried by the sun, giving it that authentic rustic feel and sense of the good ol’ days.

But industrialisation seems to always triumph in the end and now most farmers use huge drying machines to cut down on labour and time. Not that it makes a huge amount of difference to the final product, it just crushes the fantasy a little bit. 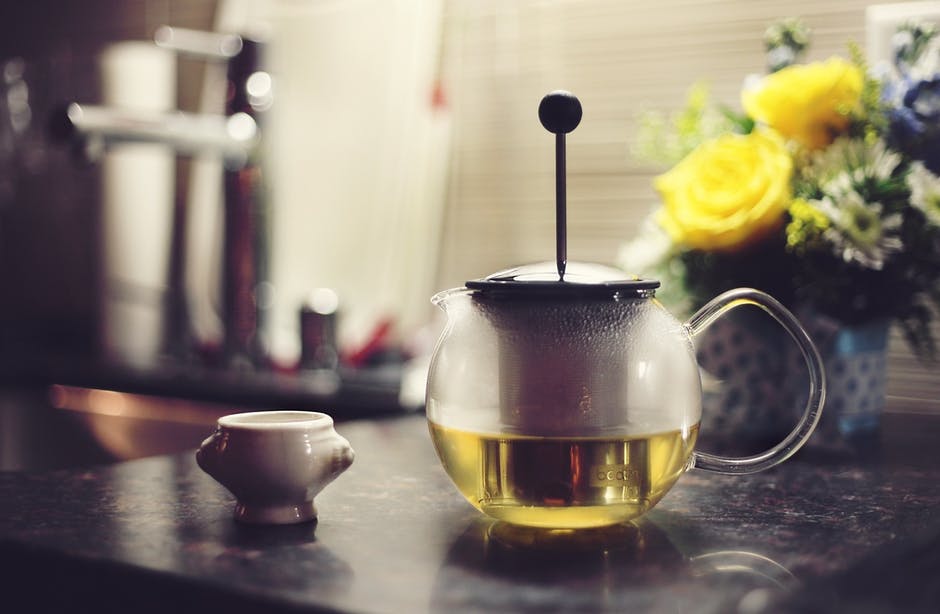 The name ‘white tea’ is rather confusing. One would assume it refers to the light colour of the brewed tea, but actually it’s a nod to the fine silvery-white hairs found the plant’s youngest buds.  They’re particularly abundant on the specific strain normally used to make white tea. Normally, but not always.

For purists, white tea only comes from China, where it was first developed. For fanatics, it only comes from Da Bai (‘big white’) bushes in the Fujian province. In a nice role-reversal from China’s usual position as king of knock-off goods, other countries have jumped on the white tea bandwagon. Some, especially in Africa, are doing a pretty good job too.

Those foreign pretenders are still a long way off from unseating the undisputed king and queen of the white tea dynasty, which both come from China. Silver Needle is the most famous, the most expensive and the most elegant. The long, thin, silver buds produce a soft and subtle flavour, with notes of honey and cucumber (yes, really). 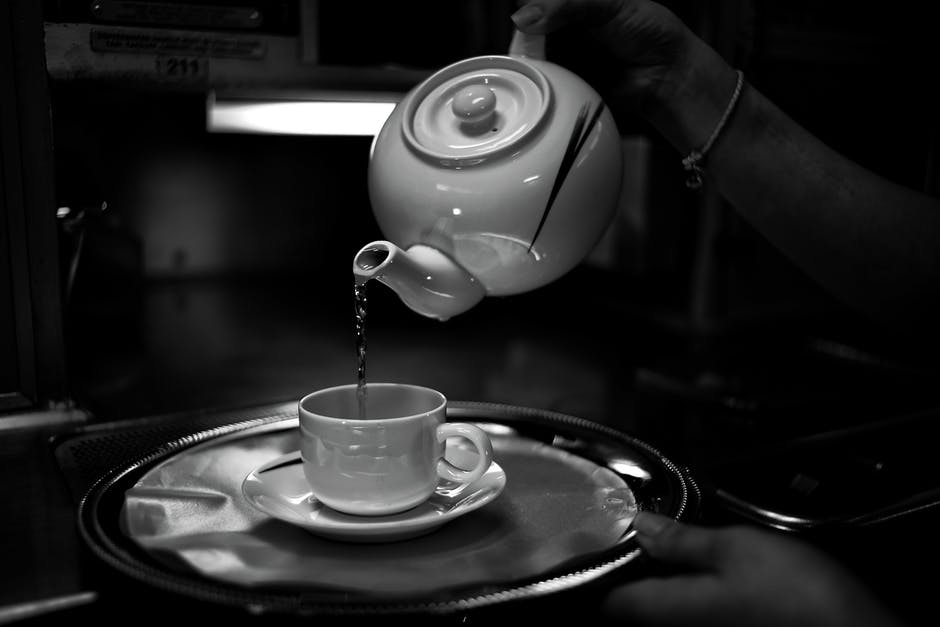 White Peony, or BaiMuDan, has a deeper and fuller taste and is made from the youngest two leaves on a bush, as well as the downy buds. It’s much fruitier, with flavours similar to melon and peach. Another pervasive myth about white tea is that because it’s more ‘natural’, it’s lower in caffeine. Some types are less caffeinated, for example Shou Mei, but others are some of the biggest hitters in the tea world. Silver Needle has more than most black teas, so don’t be deceived by its gentle caress.

Despite being relatively rare and unusual, the idea of white tea has become so popular that you’ll now find low-quality versions gracing the bleached teabags of the least discerning supermarkets. To really appreciate the delicate flavours and the dazzling silver buds and leaves, this is a tea that needs to be drunk loose-leaf and usually at lower temperatures. And if you like it served with a side order of folksy romance, then all the better. 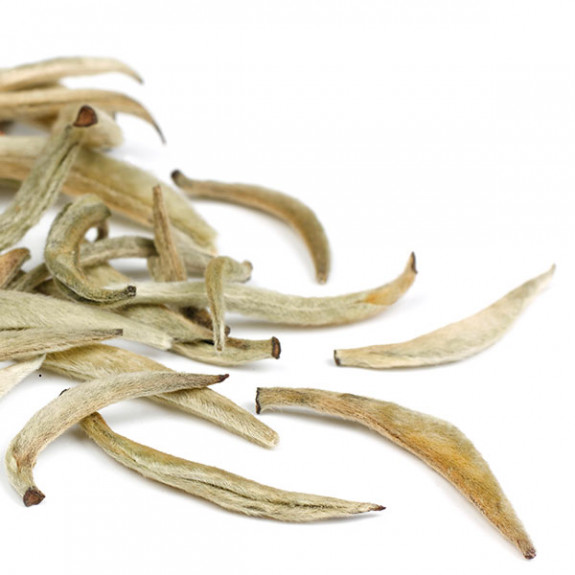 The Lowdown: Silver Needle has to be one of the most beautiful teas and JING’s is no exception. The regal silver spears produce an enviably smooth and soothing cuppa with a creamy texture. Delicately sweet, with notes of melon and cucumber; it’s easy to see how this kind of brew inspires almost mythical veneration. Expect to pay a royal ransom for such an honour. 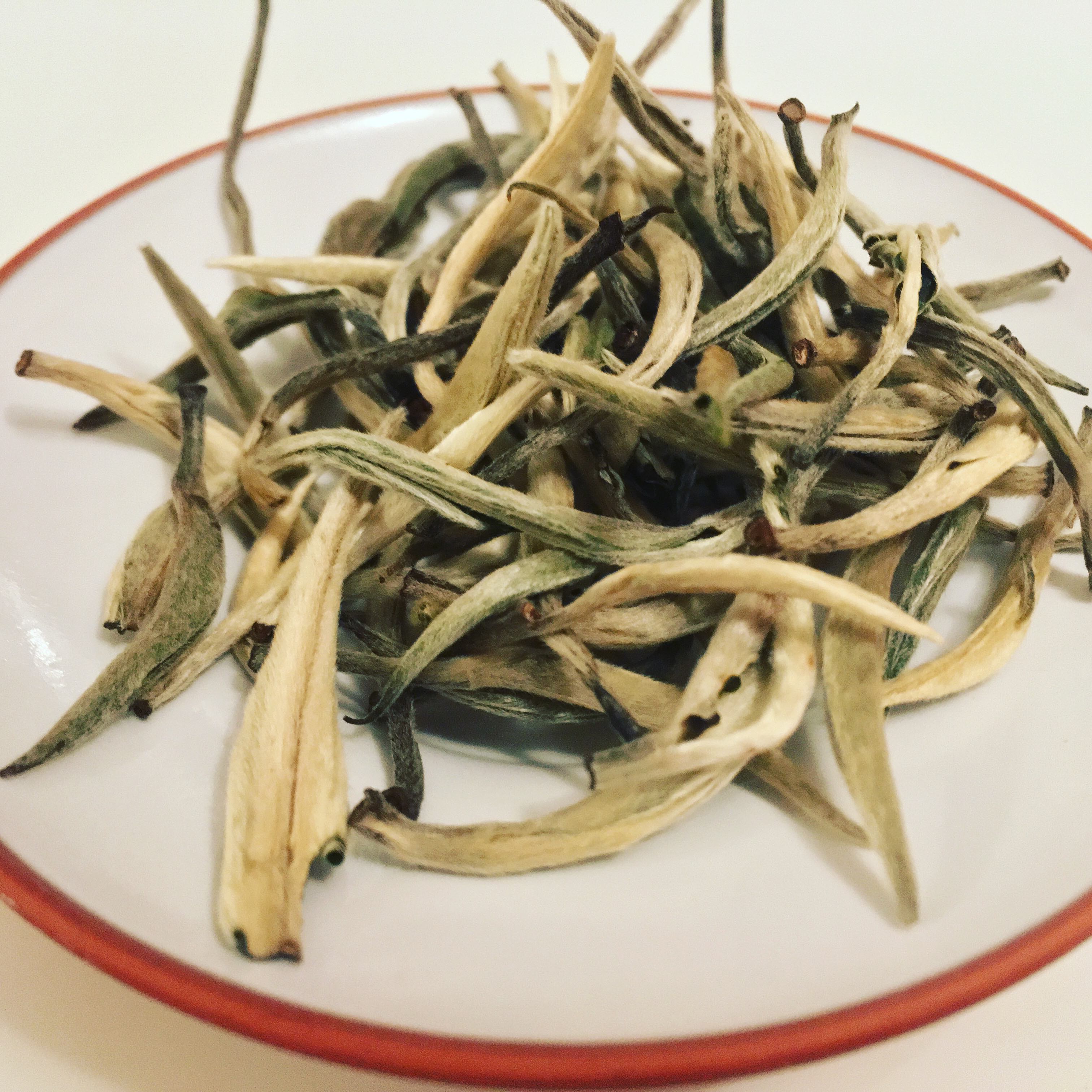 The Lowdown: This is something of a bold upstart in the Silver Needle dynasty. Gone is the sophisticated subtlety and in its place are surprisingly deep flavours of cucumber and a herbal sweetness. It’s certainly less refined but it’s still delicious – and much more affordable. And you know what? It’s OK if sometimes you feel like listening to Bieber over Brahms or seeing Lichtenstein over Leonardo Da Vinci. And it’s also OK to choose a cheaper, less delicate tea with bags of flavour. It comes from Yunnan Sourcing, which has an astonishing selection of Chinese teas to choose from. Just bear in mind that shipping costs do bring up the implausibly low prices so it’s worth buying multiple items. 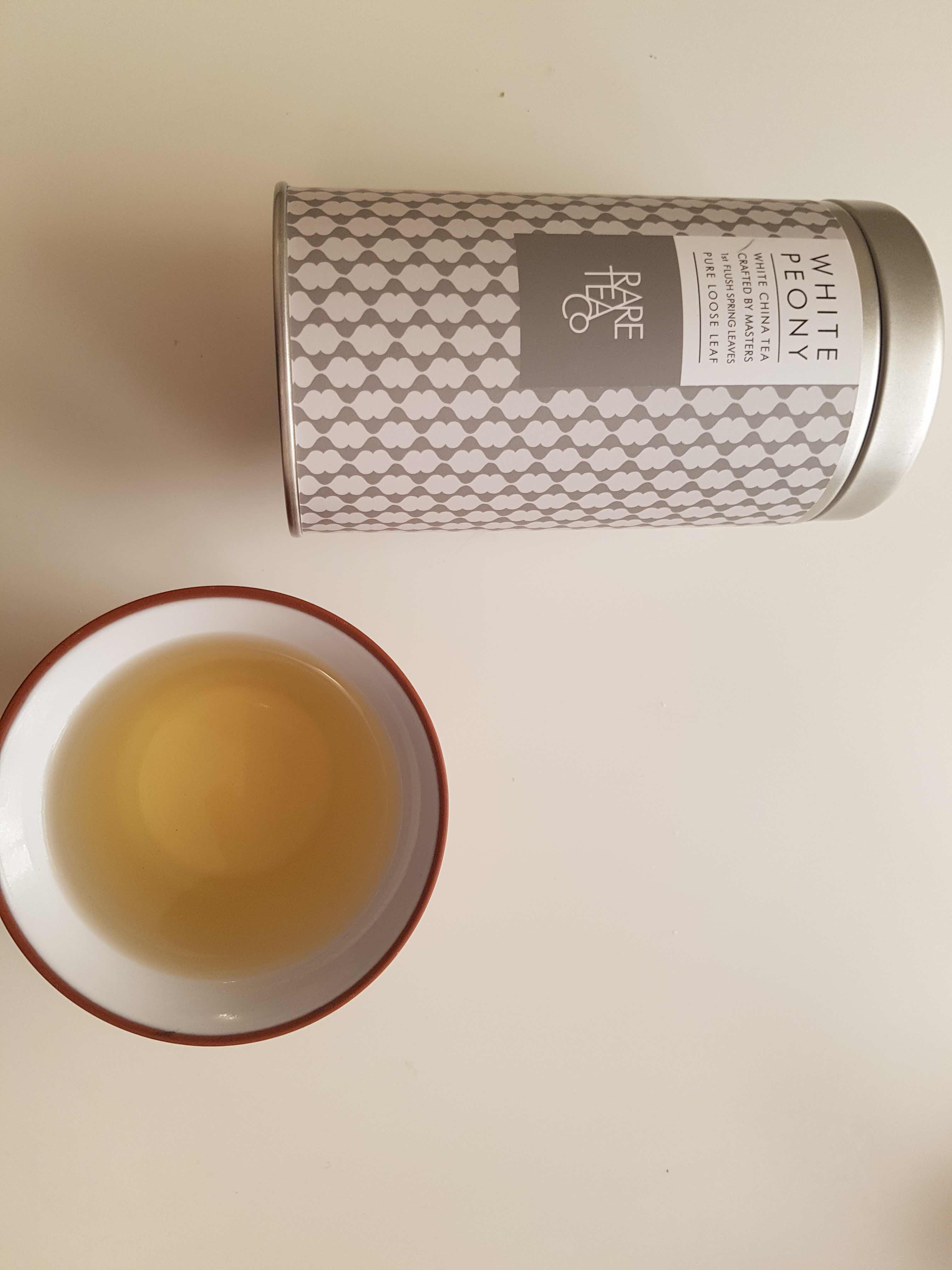 Sweet honey flavours and a story to match

The Lowdown: If you like the primitive origins of white tea, you’ll be over the moon with the rustic credentials of this cuppa. It’s grown on a farm without any electricity and is processed by hand using traditional methods. In fact, Rare Tea Co. only work directly with farmers who use sustainable techniques. White Peony is one of the two great white teas and this has sweet honey, peach and grass flavours. It’s a tea you could drink all day long.

How to brew: 2 teaspoons per cup, 70 degree water (pour the water into a glass/pot and leave it to cool for a few minutes before brewing), 3 mins. Suitable for 2 more infusions.

Price: £6 for 20g (and it comes in a beautifully designed tin), Rare Tea Company 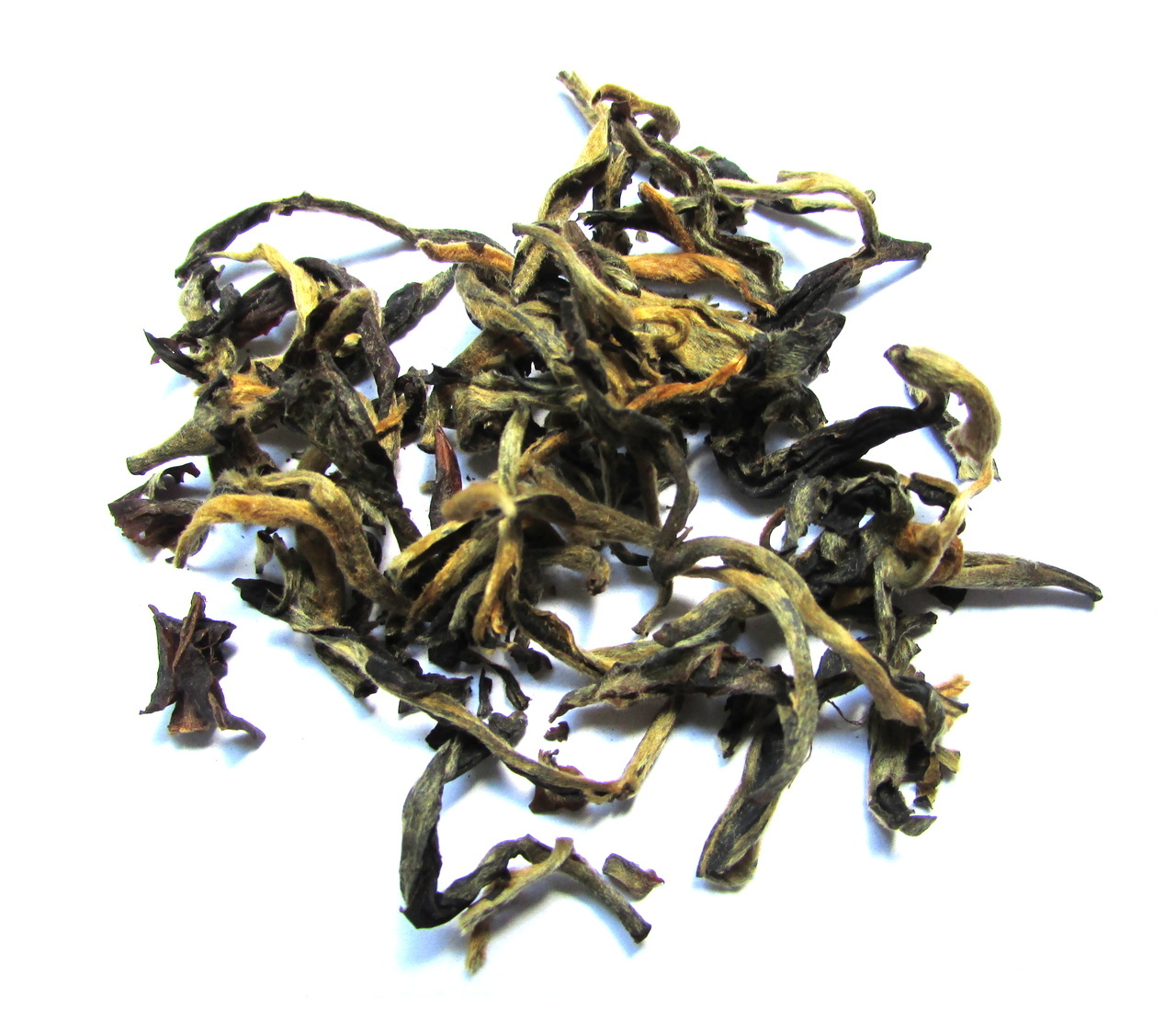 Out of Africa – a unique white tea with huge flavours

The Lowdown: ‘Never underestimate the rhino’ is a good motto for life. Whether lost in the Kenyan bush or on What-Cha’s impressive website, the rhino should be treated with respect. This fairtrade brew has much stronger flavours than most white teas, with sweet apricot and plum notes. Unusual and delicious – a must-try for tea aficionados. It’s all too easy to pass off African white tea as a novelty, but that would be a very serious mistake. 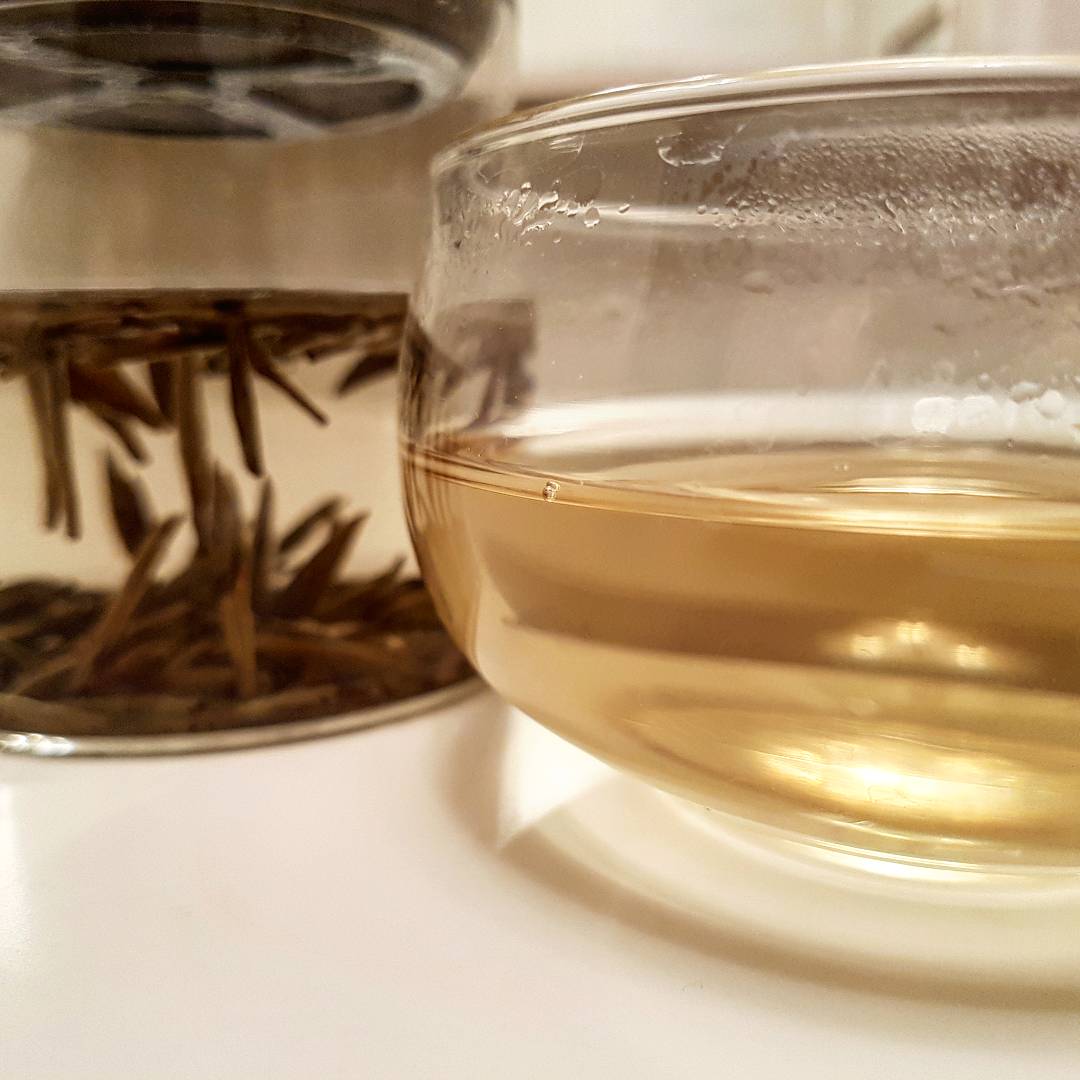 A rare treasure with an incredible aftertaste

The Lowdown: In China they say: ‘White Tea aged 1 year is still tea. After 3 years, it becomes a medicine. And after 7 years, it becomes treasure’. This Silver Needle has been aged for 8 years and boy has it turned out well. At first sip, it’s deceptive with just a slightly deeper than normal flavour and a hint of spice. But the aftertaste is the elusive buried treasure, the pirates’ booty, the pot of gold at the end of the rainbow – huge, never-ending, decadent, complex apricot jam flavours that linger for eternity. A true gem from these London-based experts in top quality Chinese tea.