A unique hotel on a cobbled street dappled in sunlight. Bicycles perched outside a pearly white Parisian facade. The Champs Elysees, Place de la Concorde and Jardins des Tuileries just a whisper away. As if plucked from a postcard, this little pavilion feels like Paris personified, with the surrounding streets peppered with chic boutiques, posters promoting the latest Impressionist exhibits, and patisseries on every street corner. 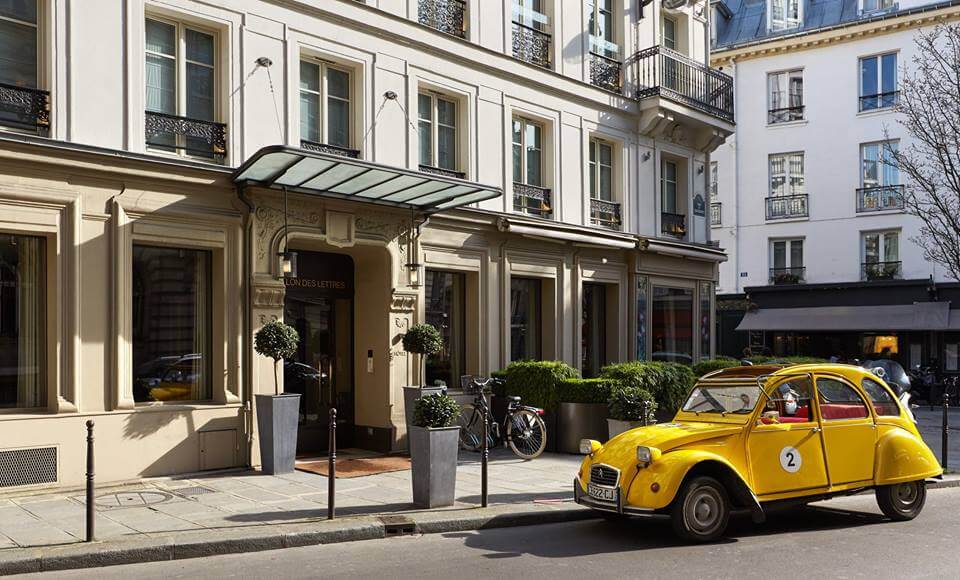 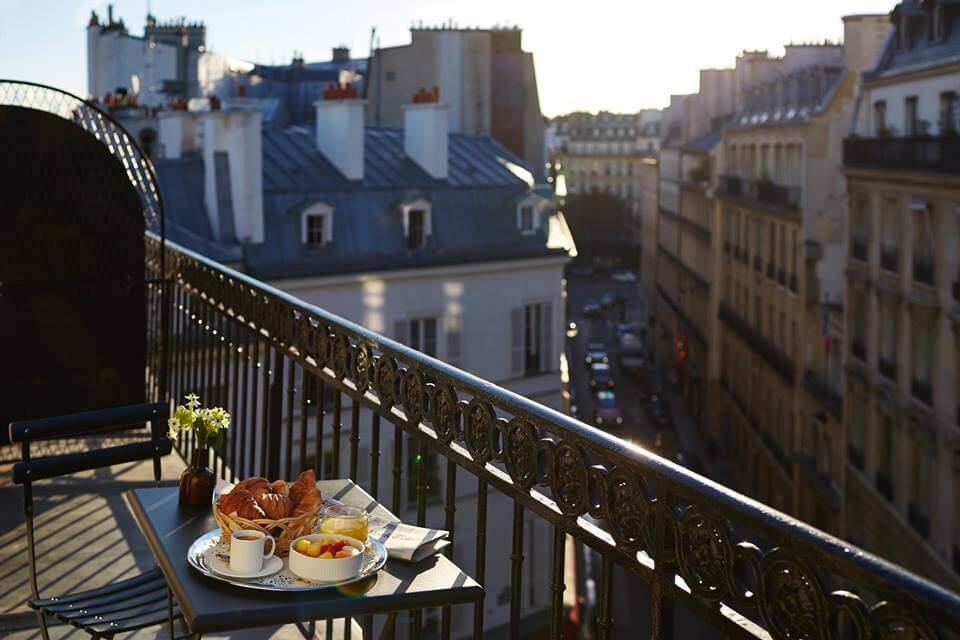 Situated in the 8th arrondissement, Pavillon des Lettres manages to occupy that elusive sweet spot between unstated and sophistication. A few steps from the Rue Faubourg St Honoré, Pavillon des Lettres is wonderfully located for some of the city’s best shopping. High-end haute couture boutiques line the street, alongside Sotheby’s, Christies and the Elysée Palace, where you can freely gawp and imagine you’re Marc Francis on a jolly. 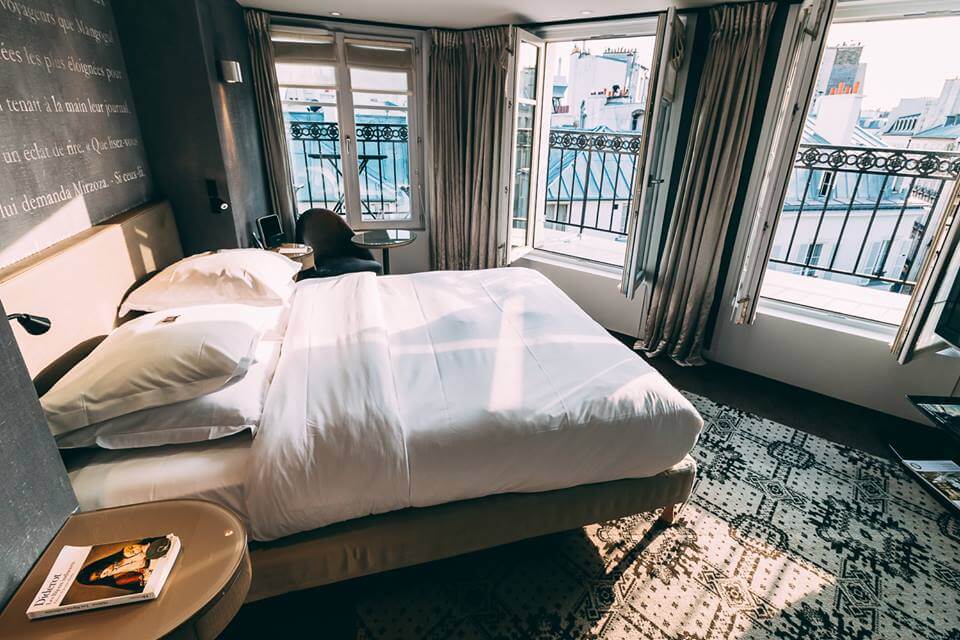 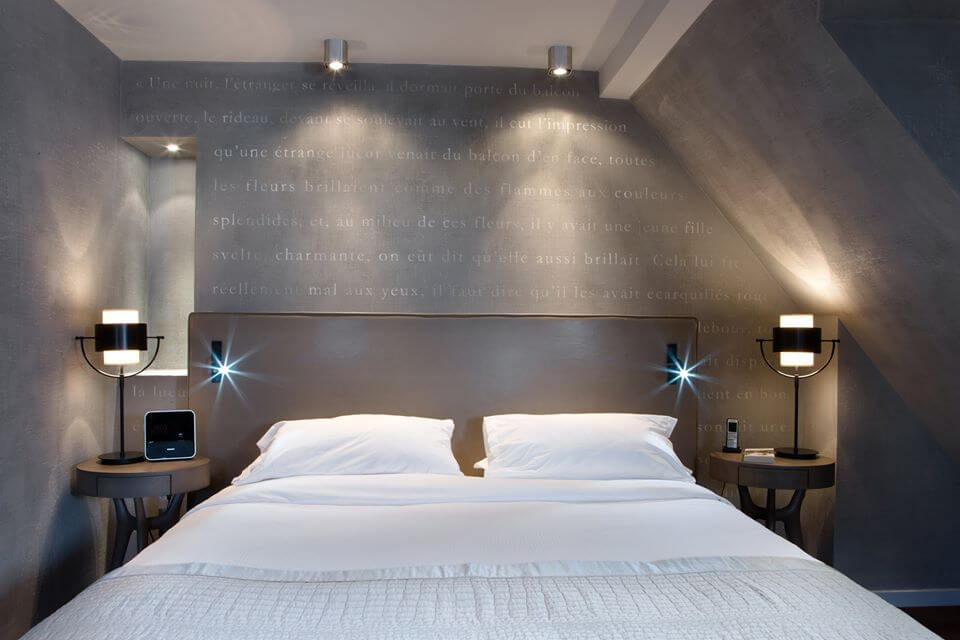 The hotel has a literary theme, with each of its 26 rooms and suites dedicated to a different letter of the alphabet, each corresponding to a famed writer – from B for Baudelaire, P for Plath and Z for Zola. A love of language and literature courses through the veins of this place, from the thoughtful décor and in-house library, to the salient quotes etched into the walls and the book (written by the author to whom your room is dedicated) placed on your bedside table.

“The real voyage of discovery consists not in seeking new landscapes, but in having new eyes.” – Proust

Despite earnestly just using the phrase “to whom” in a hotel review, don’t be fooled, because this particular hotel is neither stuffy nor pretentious. It’s completely accessible, and has a generous (yet glamorous) atmosphere, steeped in the mutual pleasure afforded by a city with a deliciously rich literary tradition. 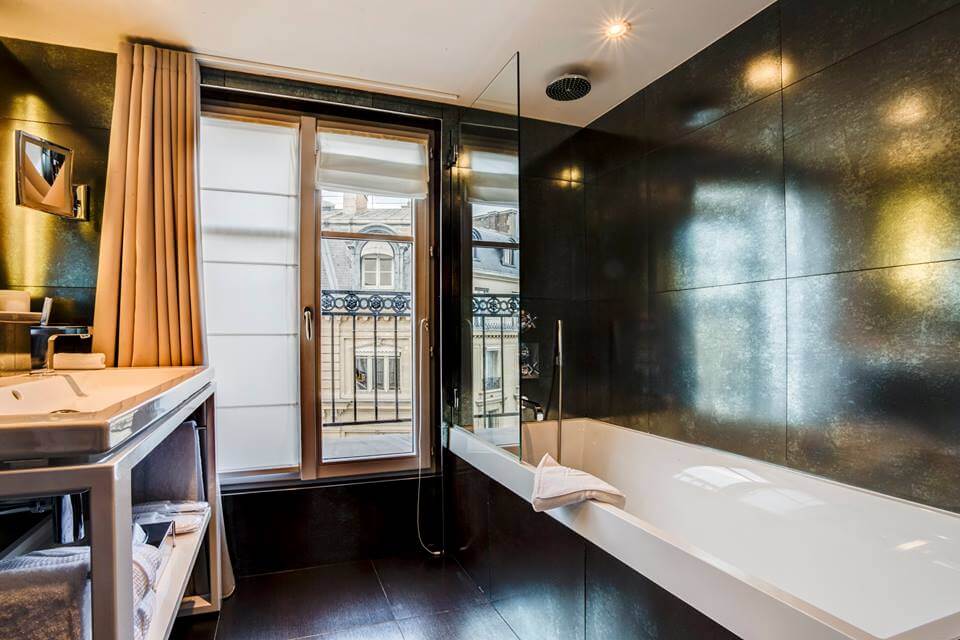 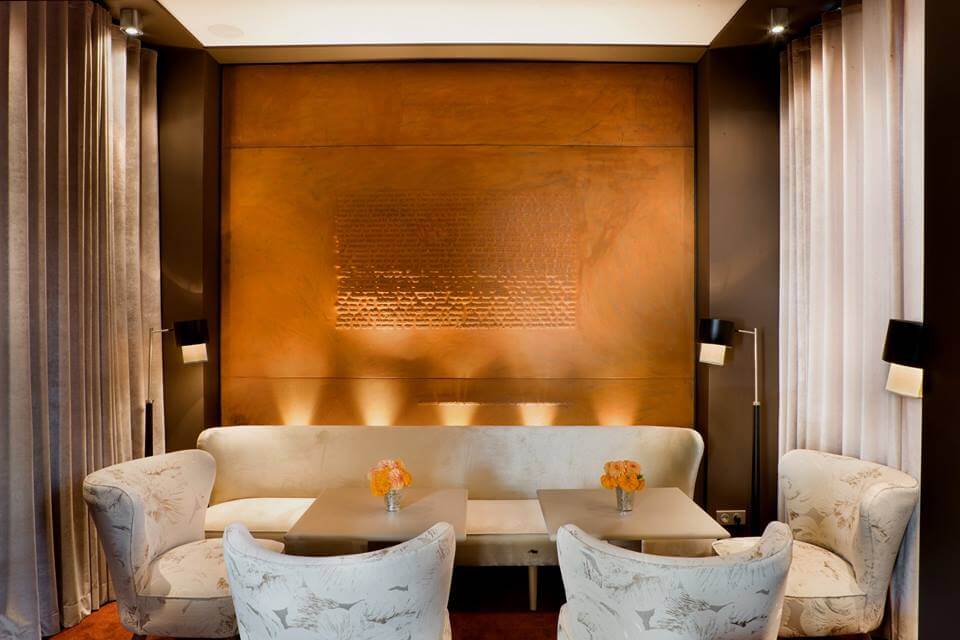 With interiors designed by Didier Benderli, the hotel manages to meld an intimate and homely vibe with luxurious modernity. The decor is restrained, with a neutral palette throughout: think classy creams, bronzes and blacks. But the textiles are luxuriant and sensuous, with the idea of creating “physical interpretations of the pleasure of reading”. 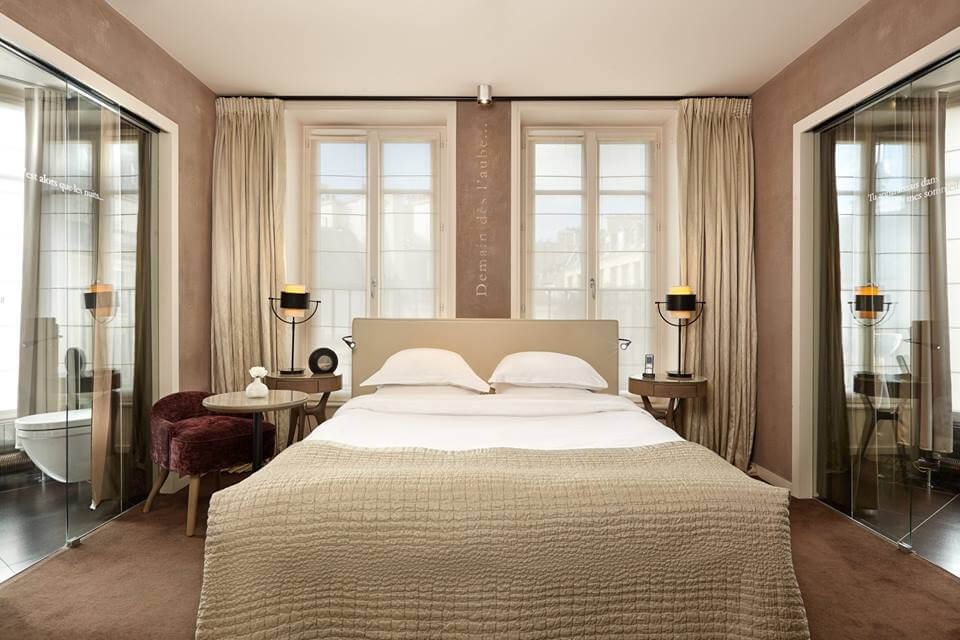 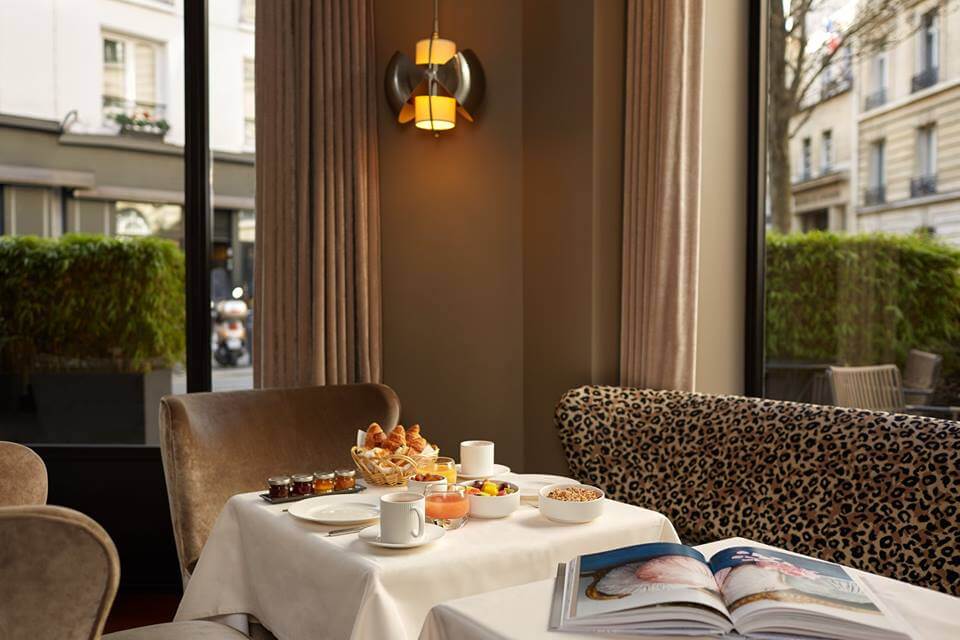 The rooms are chic and cosy, and have an air of studied nonchalance. Oh-so-Parisian windows overlook the surrounding streets and post-card worthy rooftops of the city, and if you’re lucky you’ll stay in one of the two top-floor suites, which feature absurdly dreamy views of the Eiffel Tower and Grand Palais from your balcony.
Breakfast is served in the Salon (naturally), and features all of the obligatory continental classics. Close your eyes imagine the buttery croissants, salty charcuterie and crust baguettes, and then open a new tab to book your Eurostar to this fine city…