The South of France divides opinion: some go for the rolling countryside, the rustic chateaus, and tiny neighbourhood restaurants – then there’s the other side – the vast bottles of rosé, fish that’s more expensive than gold and beaches where every grain of sand is chopped up and sold to the highest bidder.

At times Cannes, St Tropez and Antibes (to name a few) seem to cater purely for the haves and the have yachts with the less opulent travellers still paying through the nose for fairly average French fare. Then there are French waiters, if you haven’t been humiliated by a French waiter, it’s a unique experience. The up-down look, the English replies to your broken French and, a particular classic the ‘thanks-for-coming-stand-there-while-I-ignore-you-for-fifteen-minutes.’

It was with this in mind that I took a weekend to visit the newly renovated Mas De Pierre. A Relais & Chateau hotel brilliantly located twenty minutes from Nice airport, and found near the outskirts of Saint-Paul-de-Vence. A five-star hotel in Southern France, I was pretty nervous turning up in my £45 Fiat 500 rental. How wrong I was; the hotel from the food to the staff and the setting encapsulates everything that’s great about this part of France. 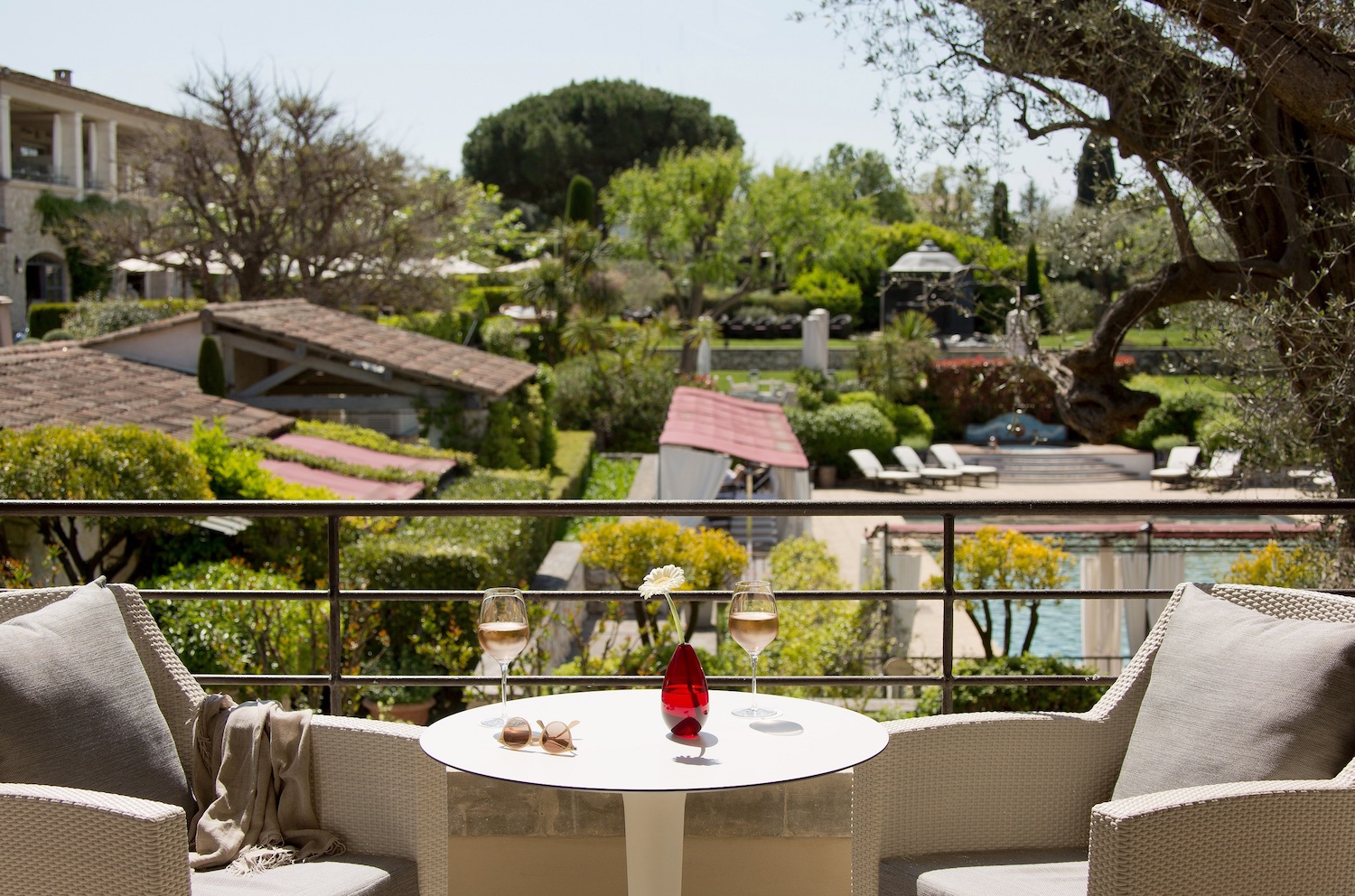 From the moment we arrived, we were greeted warmly (by those who knew we were reviewing, but also those who didn’t) and shown around the amazing grounds of the hotel. It resembles a classic countryside home and, to be honest, the garden is worth the trip alone. More than three hectares of sights and smells make you want to leave London and never go back again. Around every corner were fountains by local artists, art hidden amongst the bushes and they even had their own vegetable patch. The bar? Set amongst a herb garden where the head chef was positioned cutting fresh herbs for that night’s dinner. This is a Provence to be proud of.

There are 48 rooms as part of the renovation each designed by Patrick Ribes who has done a good job at blending the contemporary (TVs, dimmer switches etc) with the traditional (beautiful natural stone floors and black and white low-key photography). The superior rooms start at €165, and that may sound a lot but for a five-star hotel in this area (and of this quality), it’s well worth it. Ours was one of the 19 deluxe rooms set around the gardens; each of these rooms has its own small balcony or outdoor space so you can take in the garden, without actually going into it. 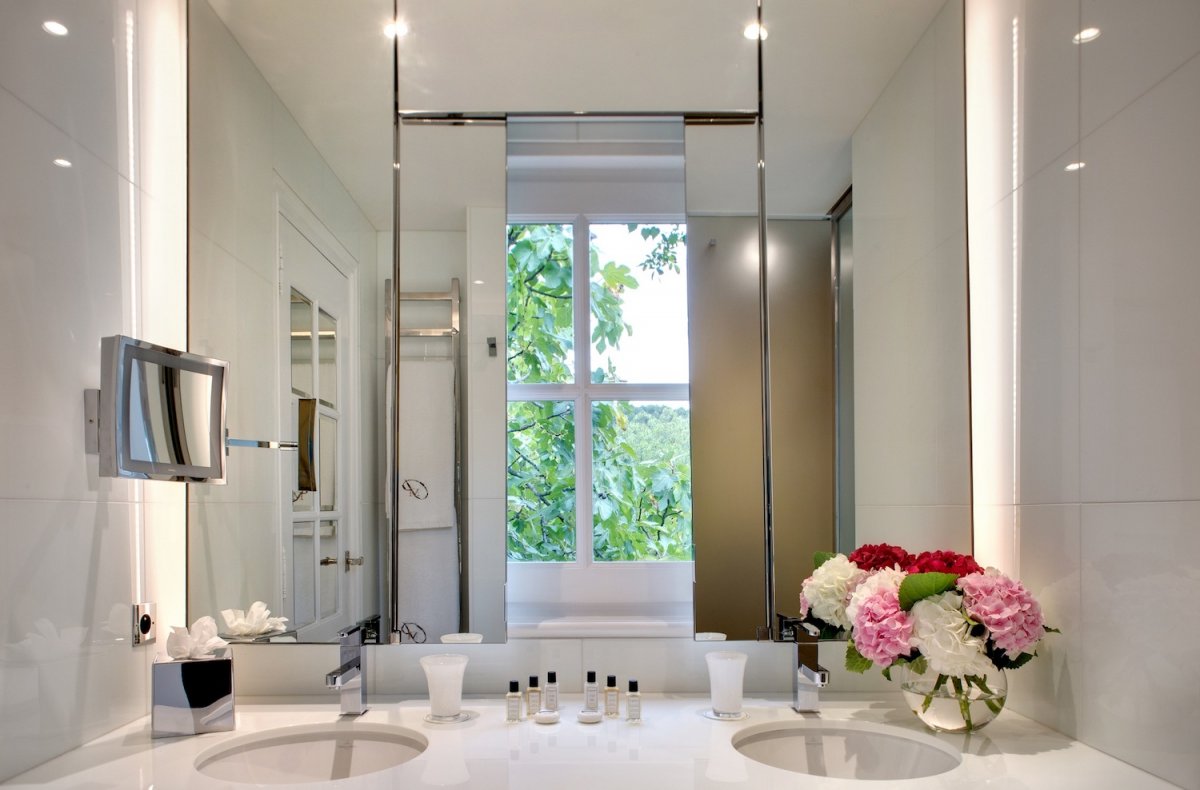 The bathrooms are bright and big with plenty of local Fragonard products that you’ll want to cram into your bag (and sorry Mas De Pierre a couple did come back with me). And the whole hotel is set around a heated pool. Meanwhile, they’re proudly family-friendly with a table tennis table tucked away in the garden and even (slightly strangely) a bouncy castle hidden around a corner (we found it – it was fun).

A French hotel, naturally, prides itself on its food. We had a table booked at La Table De Pierre where head chef, Emmanuel Lehrer, offers gourmet cuisine with regional specialties. The restaurant spills out onto the terrace overlooking the garden. With a setting like this it would be difficult to have a bad dinner, and this was, in fact, one of the best we’d ever had. We started with warm green asparagus, bacon royal-style, Iberico ham and a parmesan emulsion. I’ve never been sure about emulsions but I was more than happy for this rich, cheesy foam to form a delicious warm duvet around the combination of crispy bacon and fresh French asparagus.

The other starter was, well…vegetables. Not just your everyday veg though, oh no, these were from the local farmer, with turmeric lukewarm vinaigrette and grilled sesame. Each one was a lesson in what vegetables actually taste like when they’ve travelled from the sun to the kitchen in a matter of hours. 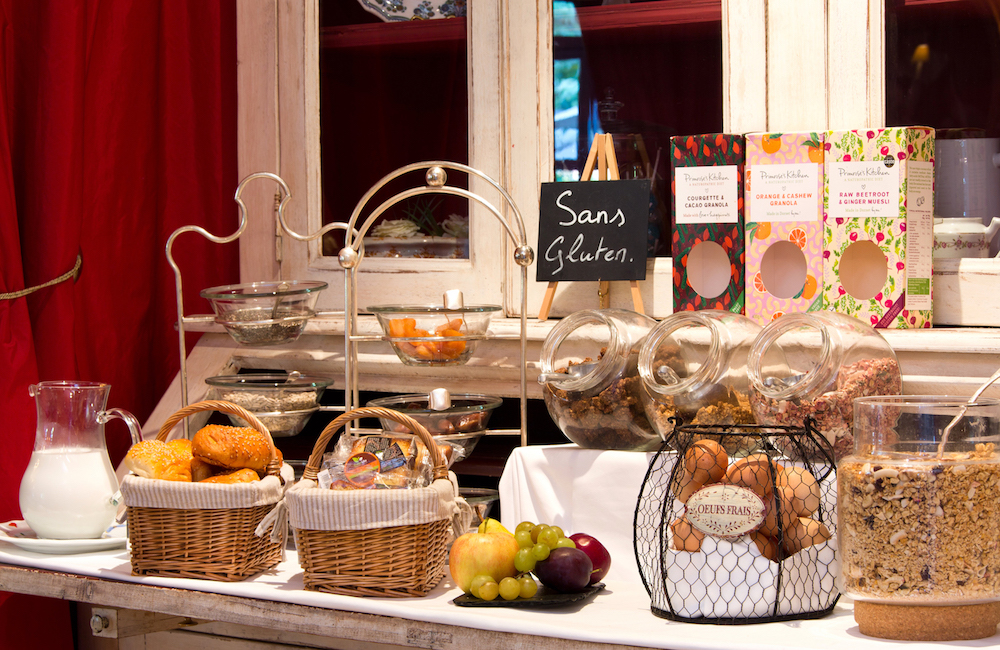 Our main course though was truly something special: a rib of beef to share between the two of us. Just what every steak lover looks for: crunchy and crispy on the outside, soft and rare in the centre. Carved at the table, this was French cooking at its finest. Did I mention the truffle mash? Just describing it I want to print this page out and eat it. With starters around €20 and mains €35, yes this is expensive but so special and actually in line with a lot of restaurants in the area. It was no doubt the best meal we had on our trip. A special mention too to the breakfast; I had an English breakfast at a hotel in Britain last week and this put that to shame. Fresh honey, fruit, bread and all the beans and bacon you could want.

Mas De Pierre: What to Do

If you do feel like leaving the poolside, the hotel is really well positioned and I would recommend renting a car. St Paul De Vence is under five minutes away. Although architecturally amazing, the town is now slightly overrun with tourist shops, parking signs, and selfie sticks. A much better bet one evening is Tourettes Sur Loup – head to La Cave in the evening for some of the best views in the area. Antibes is, of course, worth a visit, the brilliant concierge, and the hotel told us about Plage de la Garoupe. It’s an idyllic sandy beach with a good public area if you don’t feel like splashing out on a…sunbed. There’s also a few more casual places for lunch if you don’t want to break the budget. 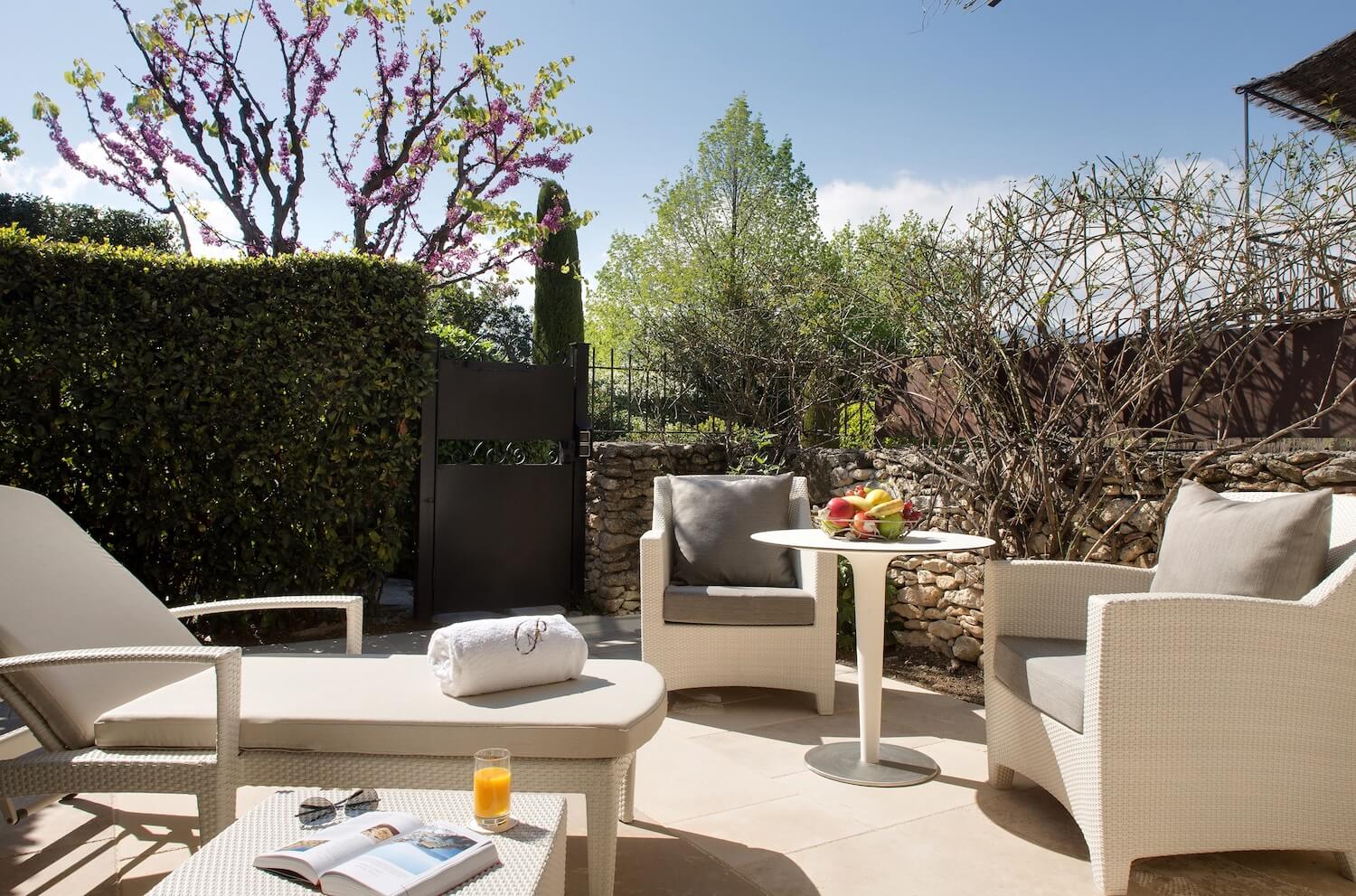 Overall this is a beautiful hotel in a part of France that has a reputation that doesn’t represent everything the region has to offer. Mas De Pierre takes all the best parts of Provence and plates it, plants or places it on your pillow. Yes, the French may have had the last say with a two-hour delay caused by a strike, but after a stay in May De Pierre, nothing’s changing my mind – I’m a convert.