About Time You Saw: Crushed Shells and MudBy Gilly Hopper

The idea of apocalyptic anything sends shivers down my spine. Surprisingly, I am less fearful of the extinction of the human race (although I do sympathise) and rather more alarmed by the umpteen naff productions spun from such a catastrophic premise. Somehow, Ben Musgrave’s play, Crushed Shells and Mud, side-tracks this oft doomed fate, focusing instead on a story of peculiar friendship and young love. 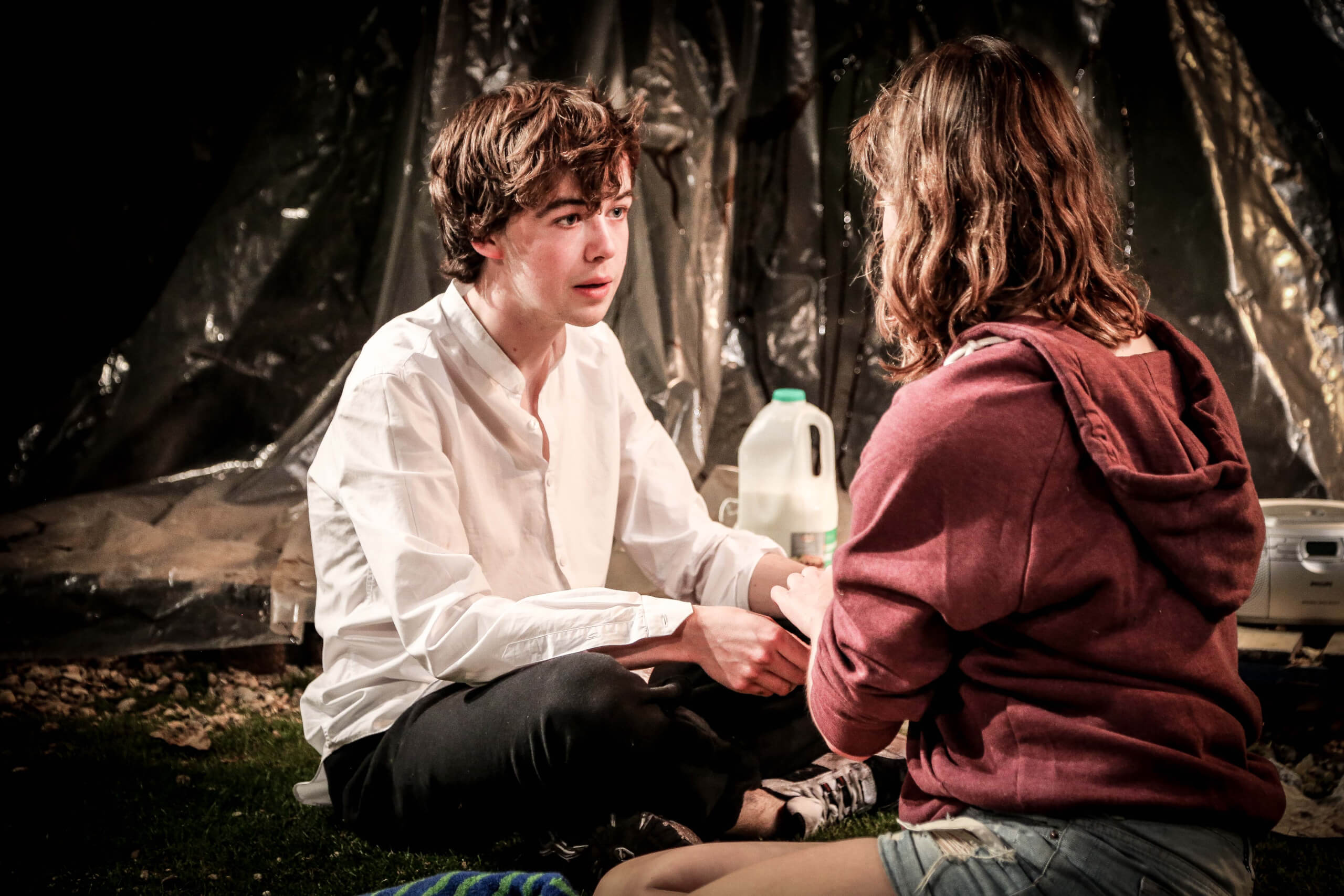 Set in a coastal English village, amidst a devastating epidemic, quiet Derek (Alex Lawther) is patiently waiting for love and life to really begin. Enter Lydia (Hannah Britland – Skins, Fresh Meat). Concealed in the furthest corner of the town, Derek resides, unbeknownst to most, in his camper van. Played by Alex Lawther, best known for his role as Young Alan Turing in The Imitation Game, Derek is the sum of and awkward yet charming teen. His believable depiction of a notentirely socially inept young man is exacting – right down to every twitch of the hand and evading glance. 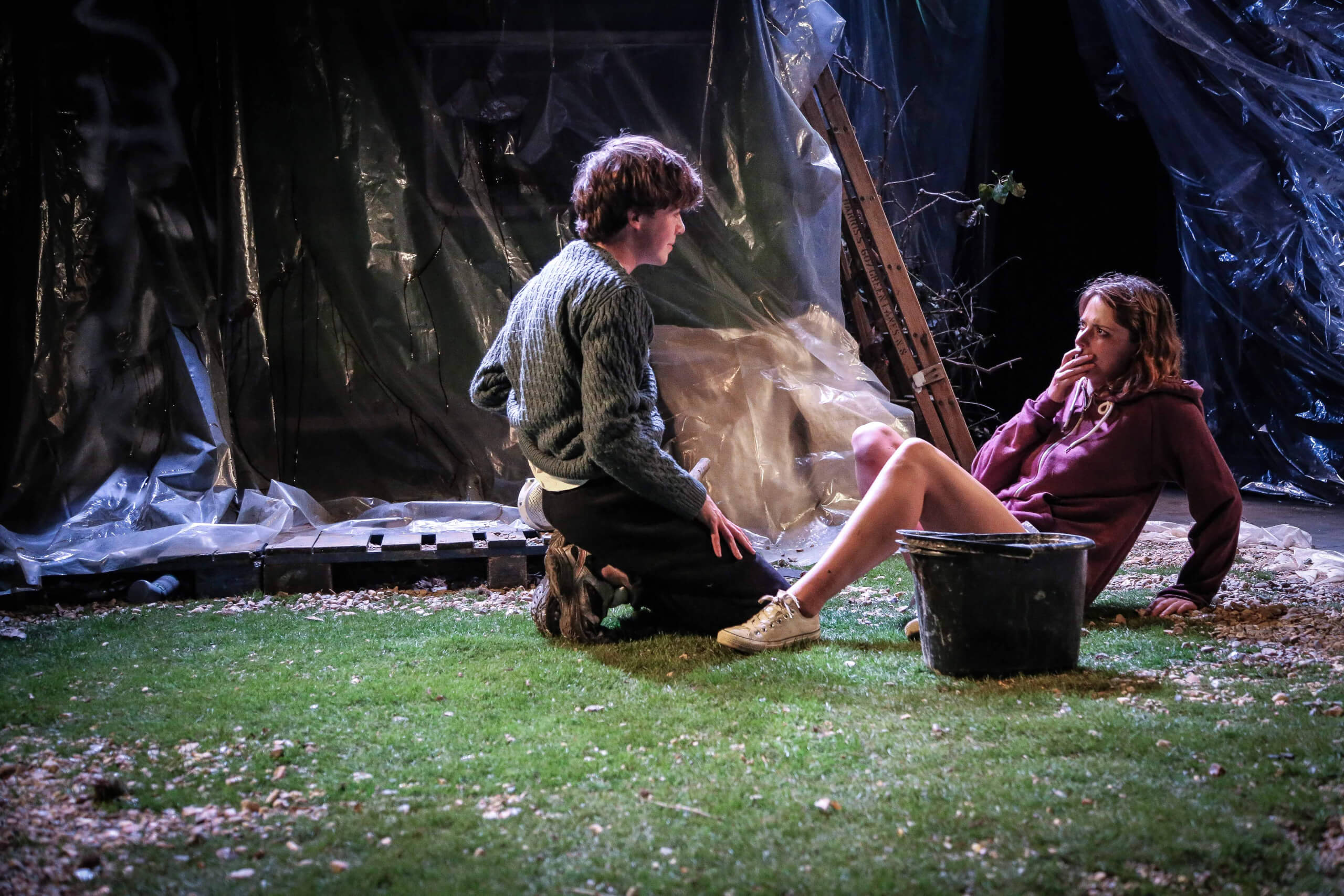 As the play progresses secrets pour out and Derek’s character is tested and teased, bounded by jealousy and love. As we traces Derek’s story from loner to admirer and confidant of Lydia, the newest arrival to the town, Ben Musgrave’s writing captures the off-beat humour of the village’s occupants with much affection. 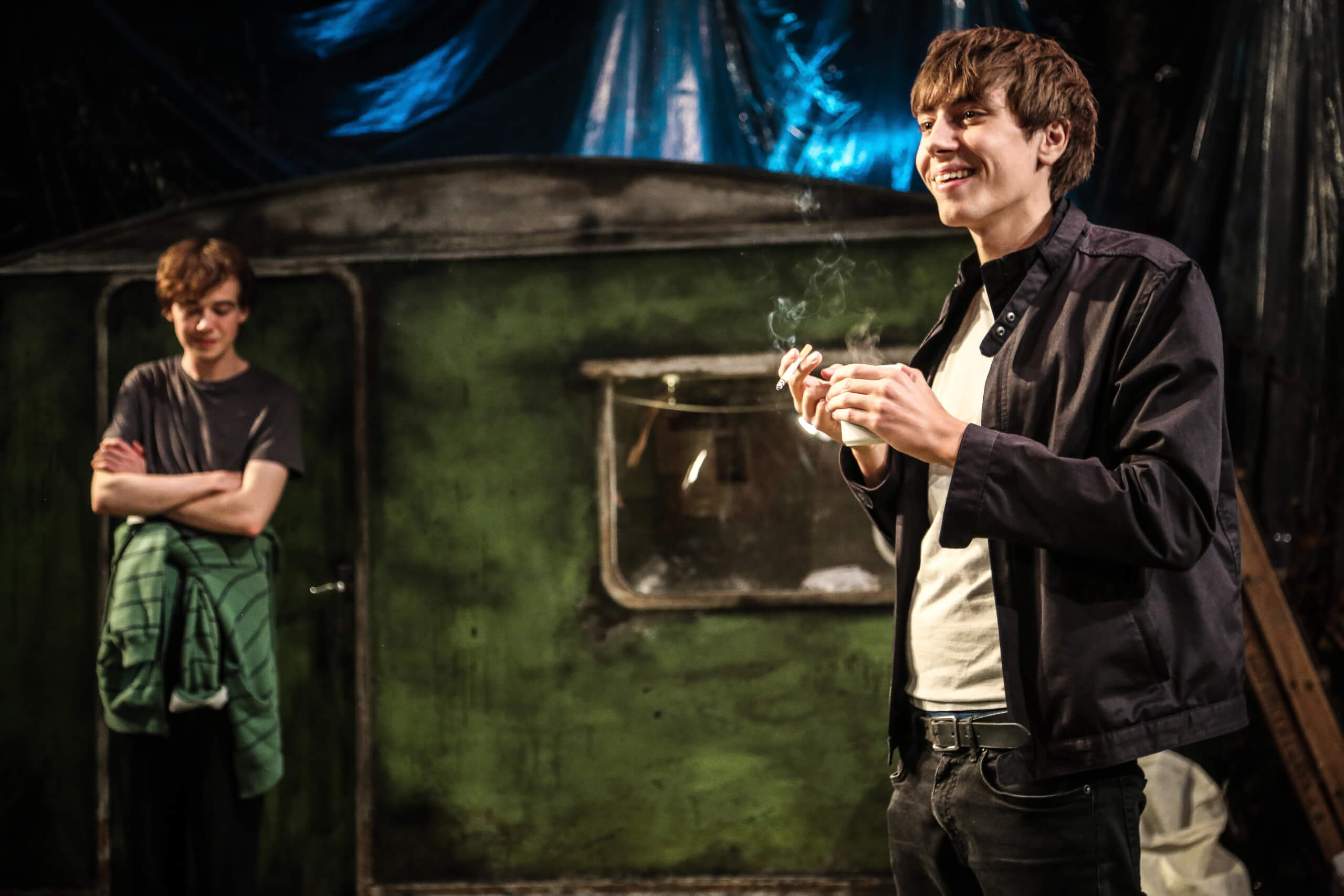 The Southwark Playhouse lends well to this unassuming play’s exploration of human nature. Funny, progressive, a little makeshift, Crushed Shells and Mud presents a solid base to lay foundations for a fruitful future for this starter production company and promising cast of young talents. Directed by Russell Bolam, Crushed Shells and Mud goes viral until October 24th.