The revival of Barrie Keeffe’s Barbarians  – a 1977 three part play, set in a post-recession Britain troubled with youth unemployment and protests about rising immigration – follows the fluctuating fortunes of three male characters ‘on a journey that is as humorous as it is brutal.’

Barbarians traces the lives of three eighteen-year-old lads from Lewisham and their disaffected transition from adolescence to adulthood. With acute social commentary, racially fuelled one-liners and the occasional nod to veteran sports broadcaster Dickie Davis, Barbarians is a time warp that manages to rest all too comfortably in the present day. 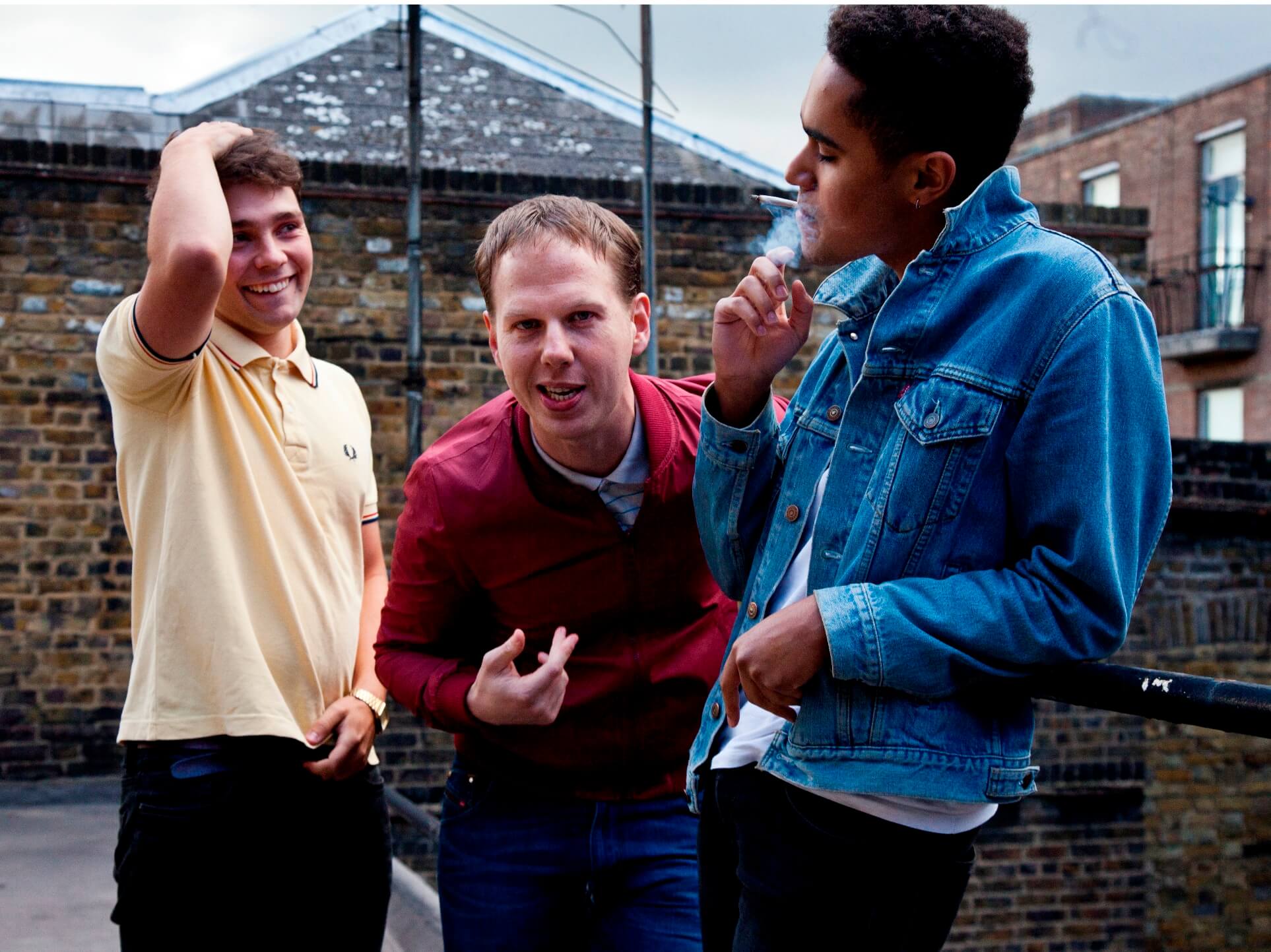 Dosed in ’70s nostalgia, the former Central Saint Martin’s School of Art is an apt setting for this promenade style performance, providing an optimum playground for the unconstrained, rebellious energy of the three strong cast. With CSM alumni including Jarvis Cocker, Paul Simonon of The Clash, Shane MacGowan, Adam Ant and Glenn Matlock of the Sex Pistols, who played their very first gig in the building in November 1975, the venue was essentially the birthplace of UK punk which lends a feeling of rebellion to the space. 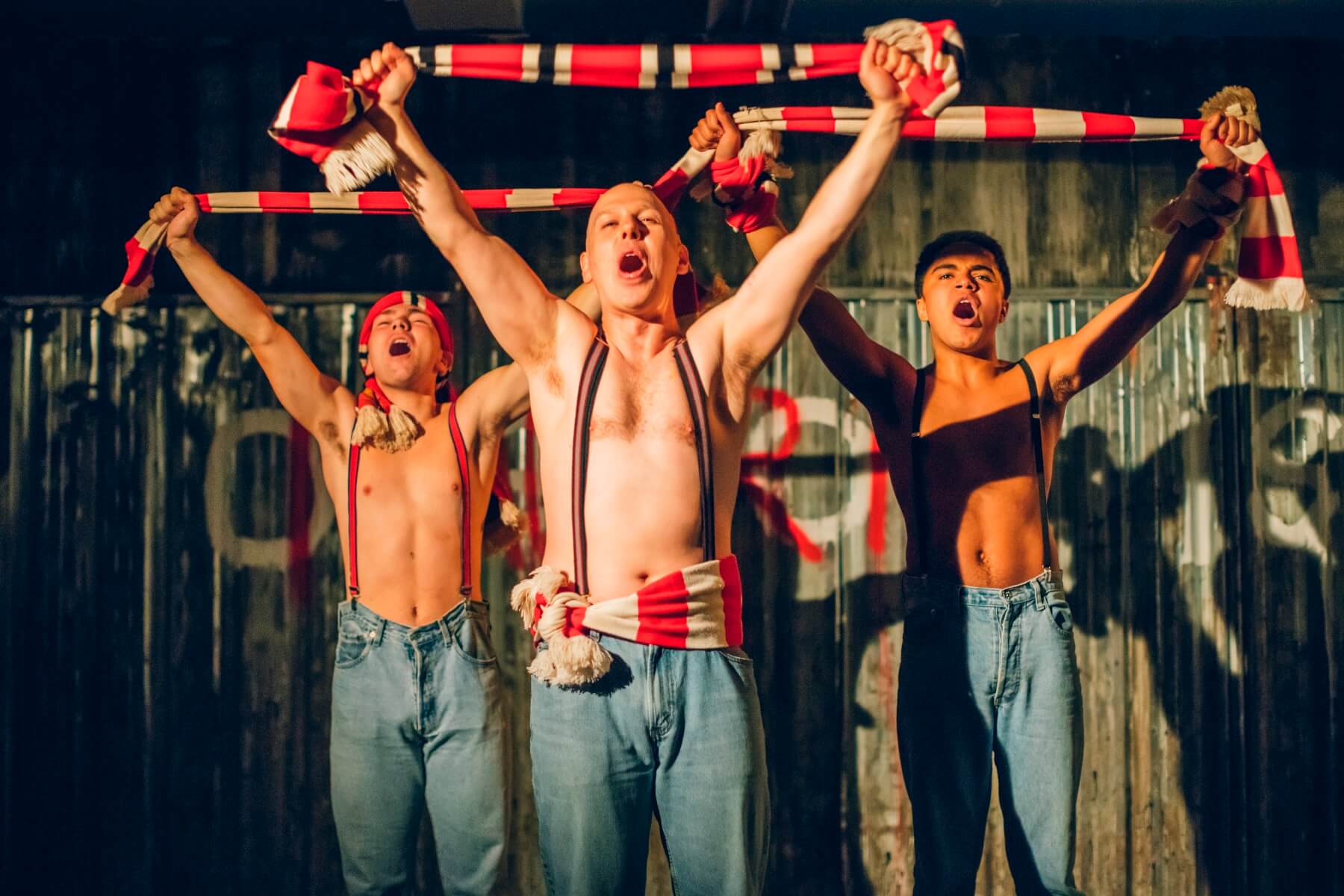 The production, presented by Tooting Arts Club and The Soho Theatre, hones in on friends Paul, Jan and Louis at different stages in their lives; each play pivots around one central character. In Killing Time the boys contemplate an evening of petty crime, with Louis (Josh Williams) – the newly qualified refrigeration engineer – nominated to steal a Rover 3500. Sandwiched in between is Abide With Me, which serves as the trilogy’s tipping point. Fanatical about Manchester United, the friends spend the 1976 Cup Final ticketless outside Wembley Stadium. As the title suggests Abide With Me touches on the human craving for companionship, reiterated by Paul (Thomas Coombes) frustrated and brutish behaviour as hopes to get in to see the game become futile.

Staged throughout the former St Martin’s campus, the audience are herded by policeman from the rec hall to the bleacher seating at Old Trafford stadium and down the backstreets of W11. This relocating effectively allows for each short to serve as independent theatrical entity, a decision to the credit of director Bill Buckhurst, while maintaining a cohesiveness throughout this captivating series of O’Keefe’s works. 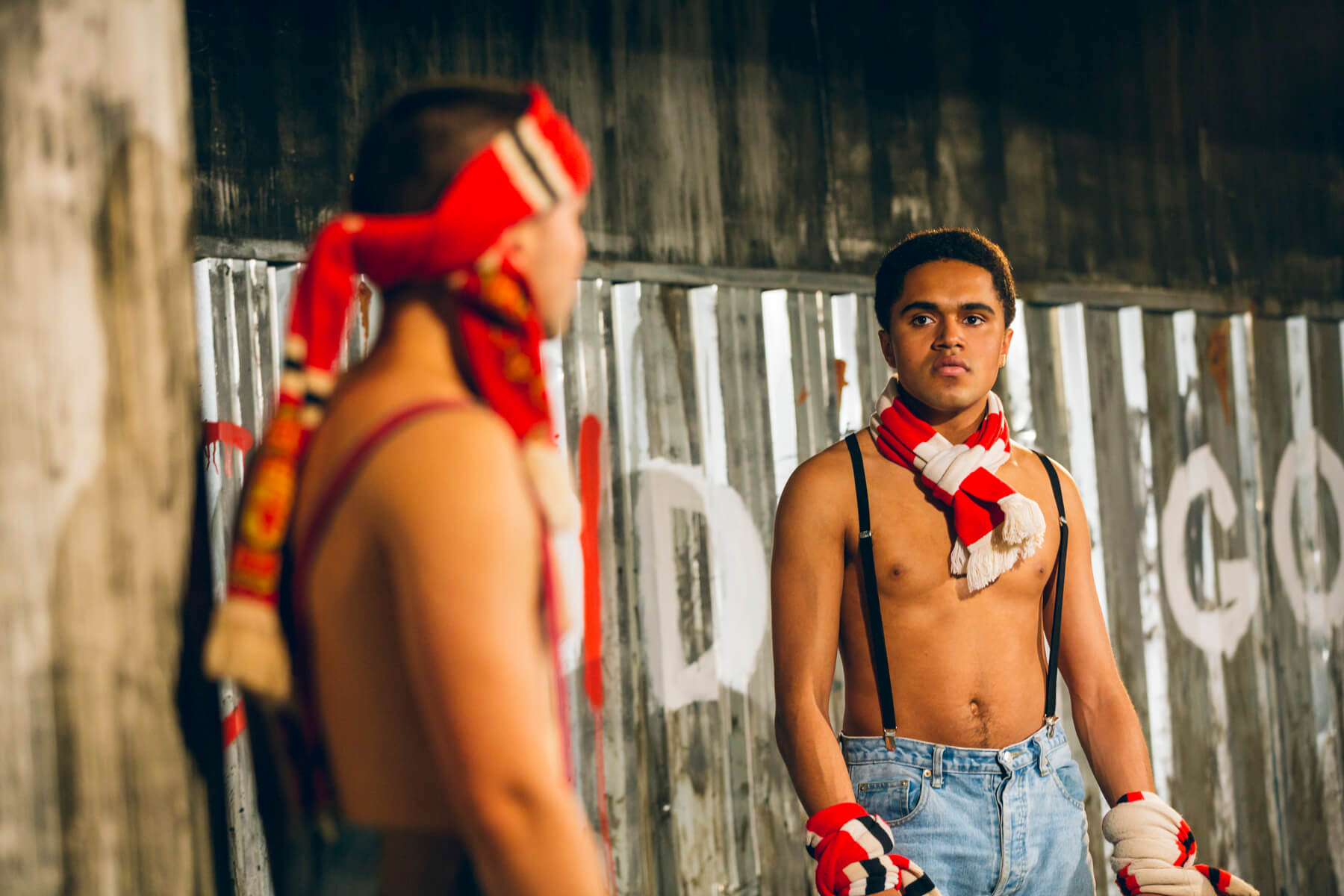 Set against a backdrop of the Notting Hill Carnival, O’Keefe’s final work, In The City sees the boys grown up unfulfilled and estranged as Jan (Jake Davies) fearfully contemplates his intended posting to Belfast. Terror and frustrations surge leading to a revelation that is as agonising as it is horrific to watch. In The City is testimony to these young actors infinite ability to captivate a room.

Produced by Rachel Edwards for Tooting Arts Club in association with Soho Theatre and Jagged Fence Theatre, Barbarians reaches a climactic close as animalistic tendencies take precedent and barbarism comes to the fore.