Life / Features / What Happens after Death: in 60 Postcards

When I ask Rachael Chadwick to tell me about her mum, she hesitates. Rachael’s mum Vivienne was her whole world, she tells me. Warm, reliable, present. She mothered her younger colleagues at the school where she worked, worried endlessly about her daughters (as mums do), came down to London to visit Rachael on her 28th birthday. She never got ill. 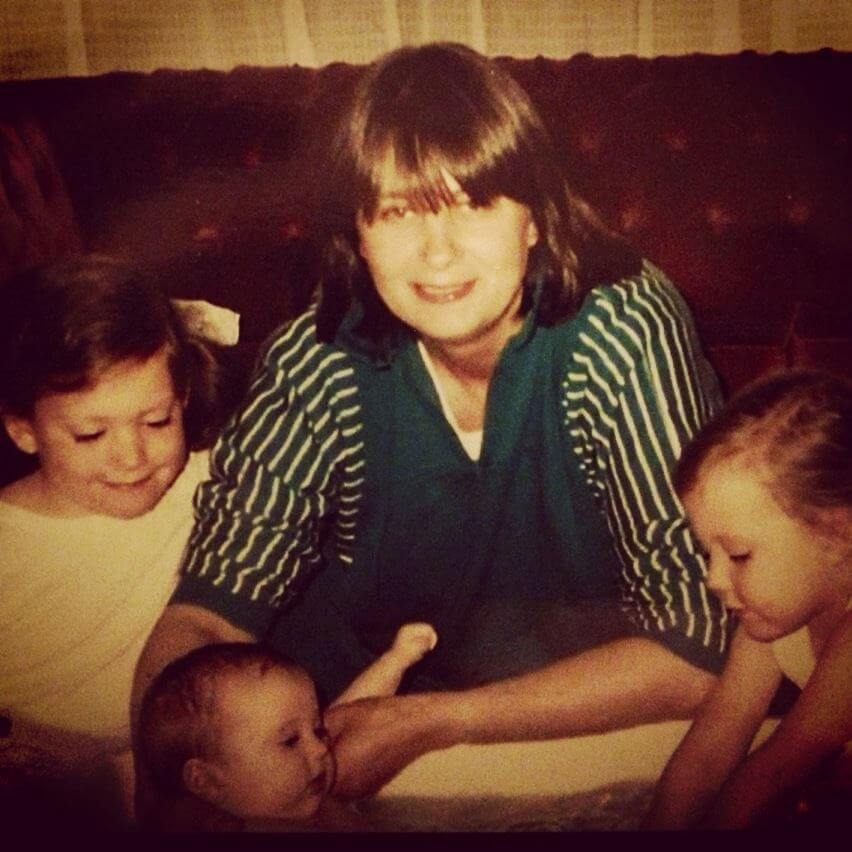 And then, tragedy came and cut through the comforting normality. Just three days after Rachael’s birthday, as she stood in front of Topshop, her sister called to tell her her mum had suffered an attack of excruciating abdominal pains. Soon afterwards, Vivienne was diagnosed with aggressive cancer. She died 16 days later.

Hollywood tearjerkers stop about now, leaving a family postponed in after-death limbo, and audiences to walk out feeling glad it hasn’t happened to them. Rachael’s story isn’t a film, though. What happens after death is real. And so she learnt one of the hardest things about death: that life plods on regardless.

She got to know the messy, complicated, banal side to death that no one talks about: helping her dad cancel her mum’s cards, cleaning out her mum’s classroom at school, debating whether to delete her mum’s number from her phone. All the while pretending she was fine. ‘I couldn’t see a way out of the dark place that I had fallen into… It was a rollercoaster of grief.’ 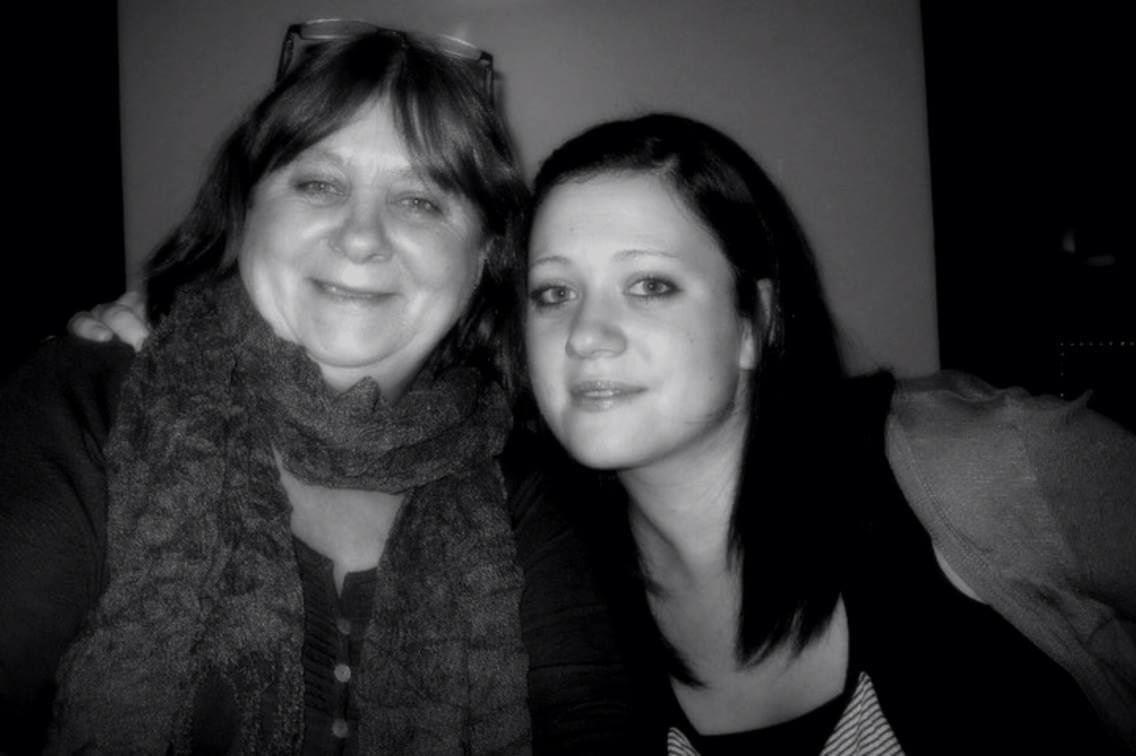 The hardest things to deal with were the milestones: the first birthday, ‘the first time I even went to a show without her because she loved theatre.’ And then came the biggest first: her mum’s sixtieth birthday. Rachael decided that instead of mourning, she would celebrate the life of her mum, an adored and adoring people person. ‘I had been so low that year… it was something I had to do for myself, and for mum.’

Her mum’s last gift to her had been tickets to Paris, so Rachael invited her best friends to come with her. She was going to scatter 60 postcards – one for every year of Vivienne’s life – around the city in memory. Rachael wrote her story on every one, and asked whoever found the postcard to get in touch. 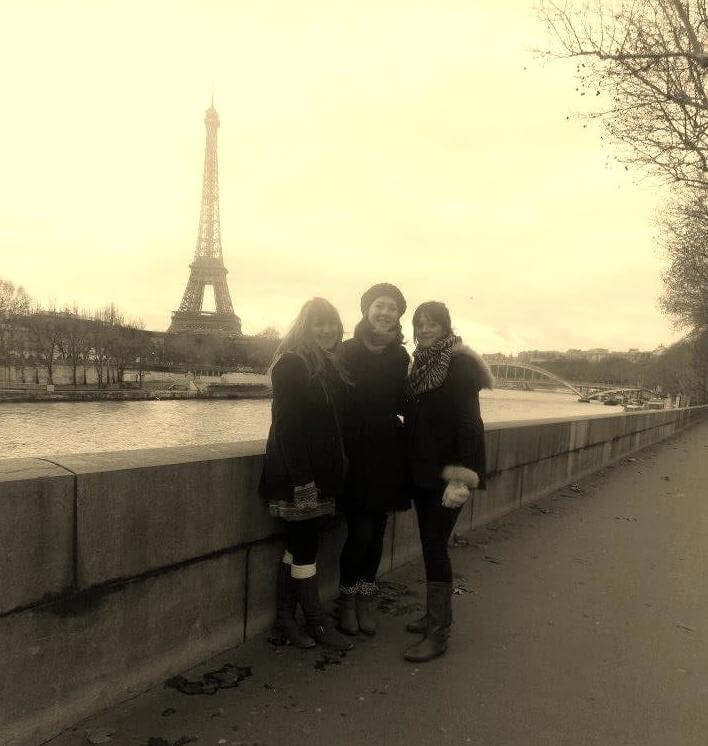 She couldn’t have imagined how her tribute would snowball. But it did: the first response to a postcard came three days later. Then another. Then another. Rachael – whose mum had always encouraged her writing – made a 60 Postcards blog to track the project. Less than a year later, she’d signed a book deal. 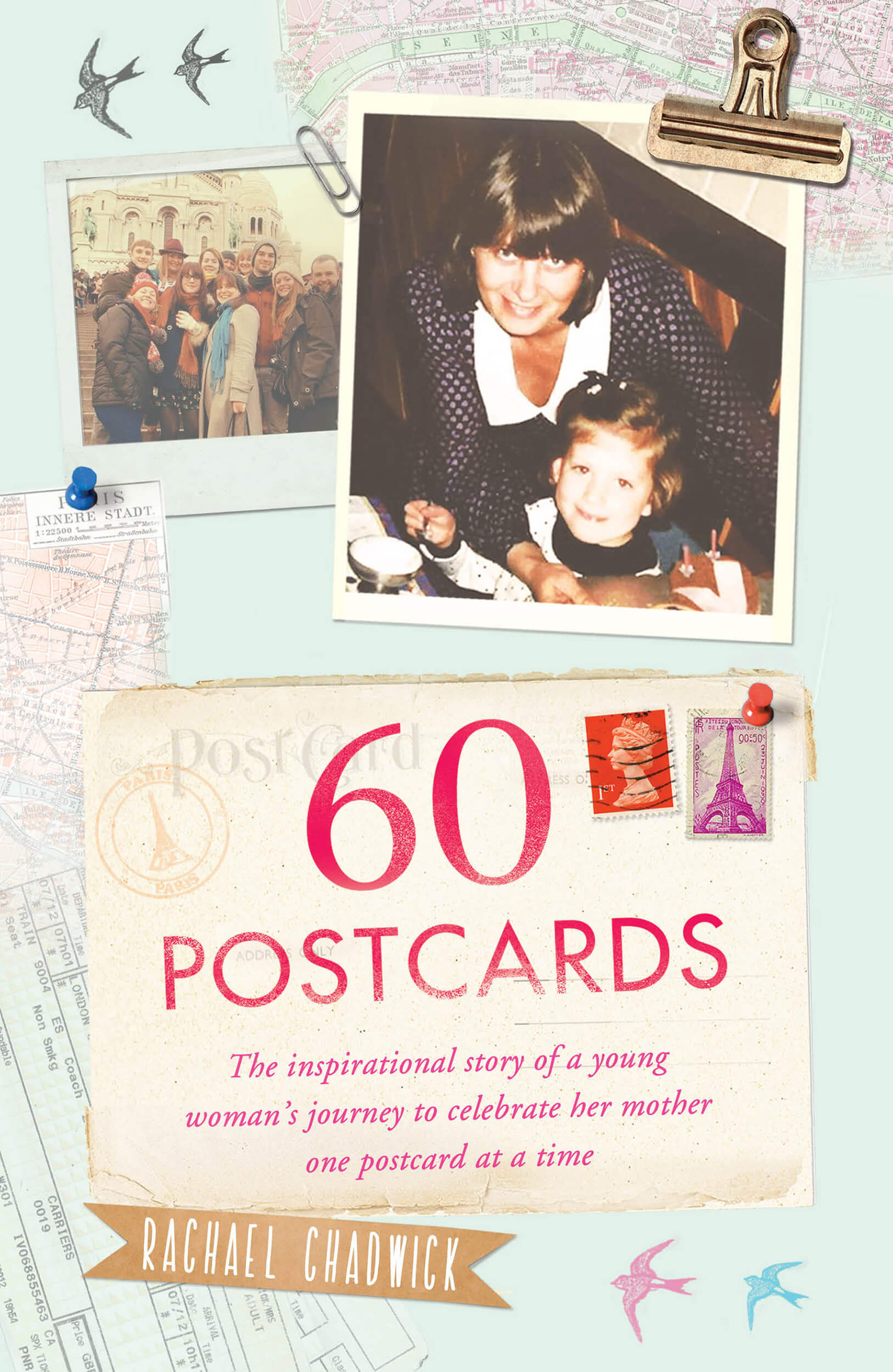 When I meet her in St Pancras Renaissance Hotel, it feels odd to be probing her about her mum’s death as suited waiters glide by carrying cappuccinos. But Rachael makes it comfortable by being one of the most instantly likeable people I’ve met: kind, open and honest. She even rings while she’s waiting to ask if I want her to order me something. Maybe this is why she’s formed so many relationships since she started her 60 Postcards project: she’s still in touch with many of those who found the original messages.

But 60 Postcards extends way beyond that. Though the brutal swiftness of what happened to Rachael’s family is unusual, someone so loved dying is tragically common. Through her blog – set up ‘to jot down all the words, feelings and memories whirling around in my head about Mum’ – Rachael also met countless bereaved families, grieving friends, colleagues in shock.

60 Postcards has become more than a tribute – it’s a support network. Rachael hosted her first 60 Postcards meetup a few weeks before our meeting. ‘Hearing from other people who’ve been inspired to do their own things has been unbelievable.’ Rachael also tells me about Rose, whose 28-year-old son Russell died a year ago today. ‘I’ve got a bottle of wine for you,’ she says shyly. He liked a drink, she explains, and today his family are sending out tags with messages on, and asking people to buy drinks, add the tag and to send their photo in to their Facebook page. The message around the neck of the bottle she gives me reads: ‘Thank you for being part of our story.’

So what’s the future for 60 Postcards? Rachael is thinking about another book, a trip to New York and eventually, her own café and creative space where people can come and focus on the things they love to pay tribute to people they’ve lost.

One life ends with a death. But for those left behind, even those who’ve pinned their entire existence on the person who’s now gone, life continues. What happens after death is cruel, and difficult. Maybe the most heartening thing about Rachael’s story is what she’s chosen to do with hers: help others. ‘It’s bittersweet because I wish that she was here to see me… But then it’s incredible that I’ve almost taken her with me as I do it.’