Veganuary 2022: 10 of the Best Vegan Dishes in LondonBy Alicia Grimshaw

2022 has shown us there’s never been a better time to be vegan (or embrace a flexi lifestyle). With London restaurants banging out a whole host of plant-based wares, we’ve rounded up the tastiest vegan dishes in the capital.

1. For a Vegan Burger: The Vurger Co 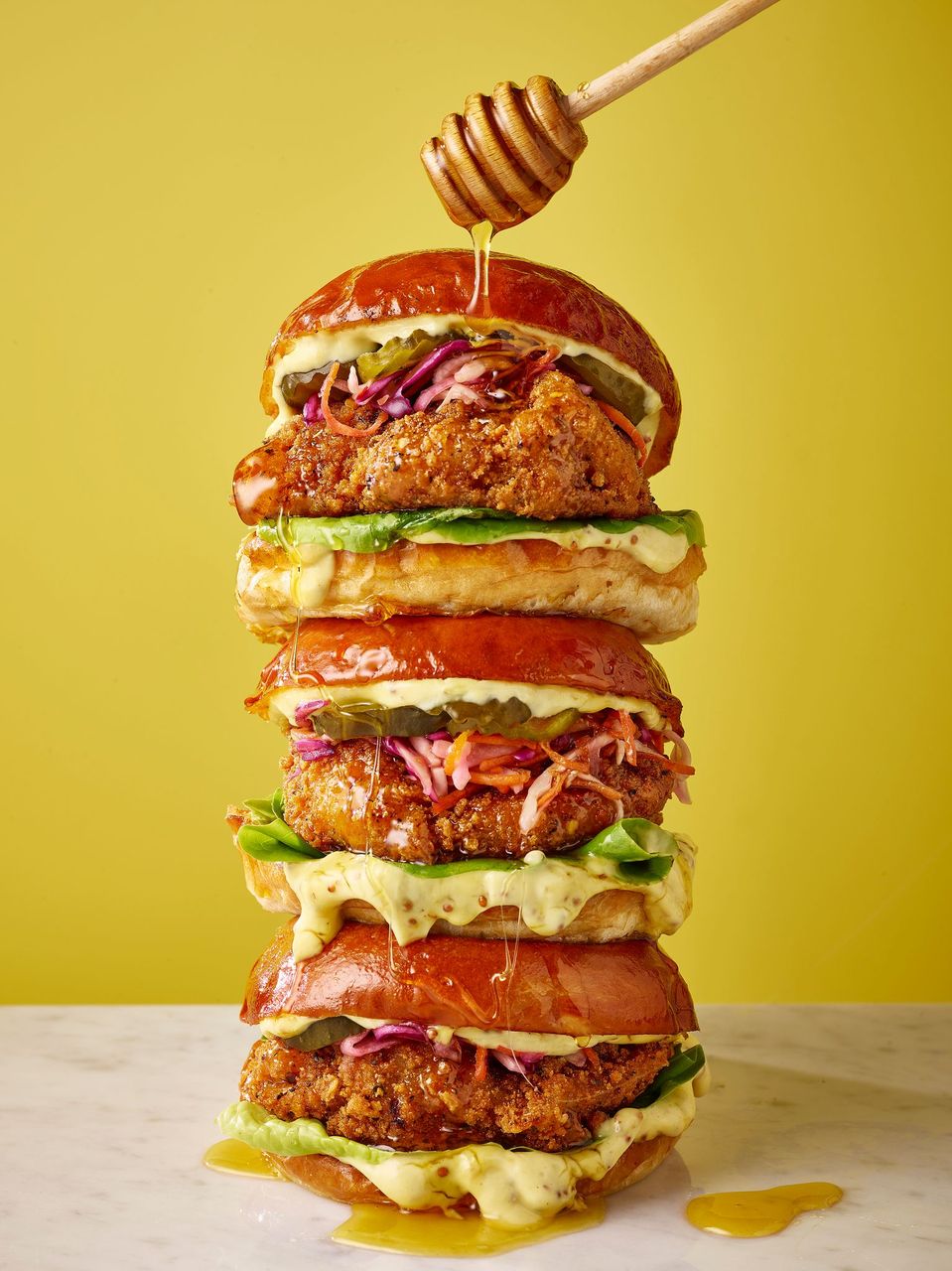 What: The Vurger Co, the 100% vegan fast-food restaurants in London and Brighton specialising in soul-satisfying burgers, have knocked together a Veganuary Special… Introducing The Hunny “Chicken” Vurger. 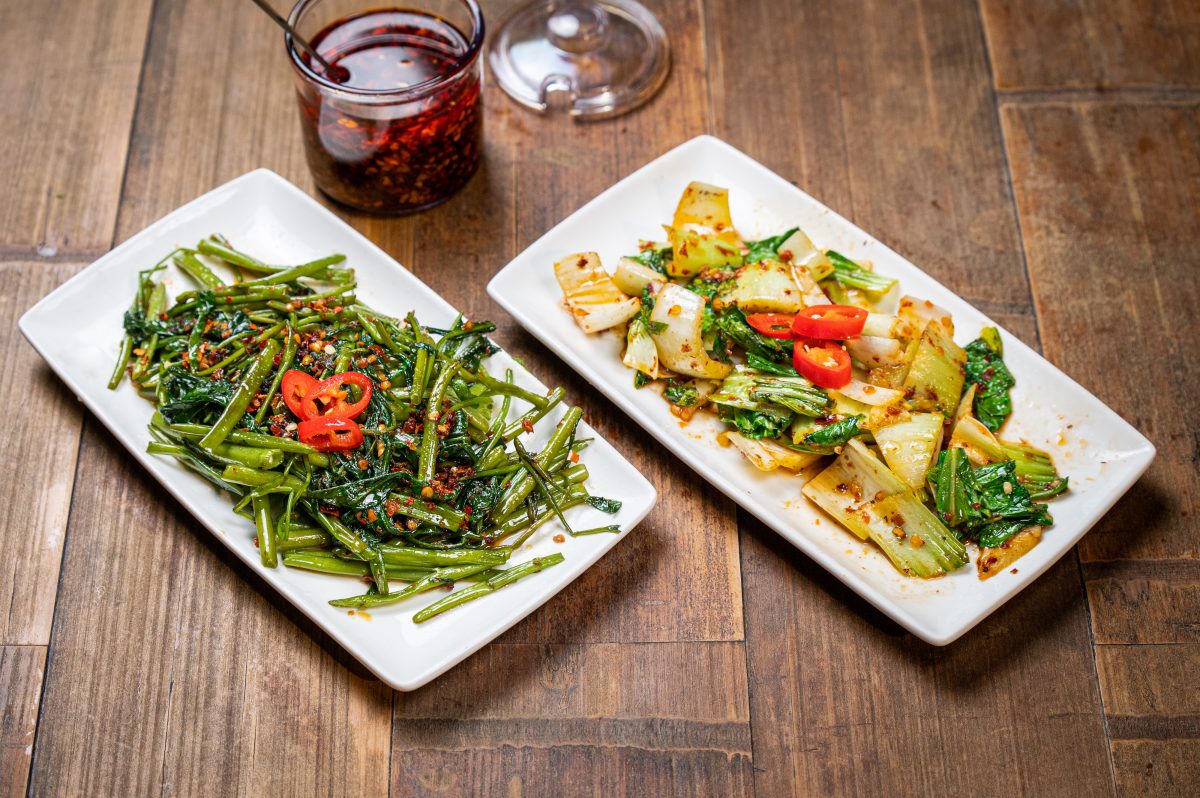 What: Pho has started 2022 in the best way possible by knocking together some new plant-based dishes designed to spice up your life. 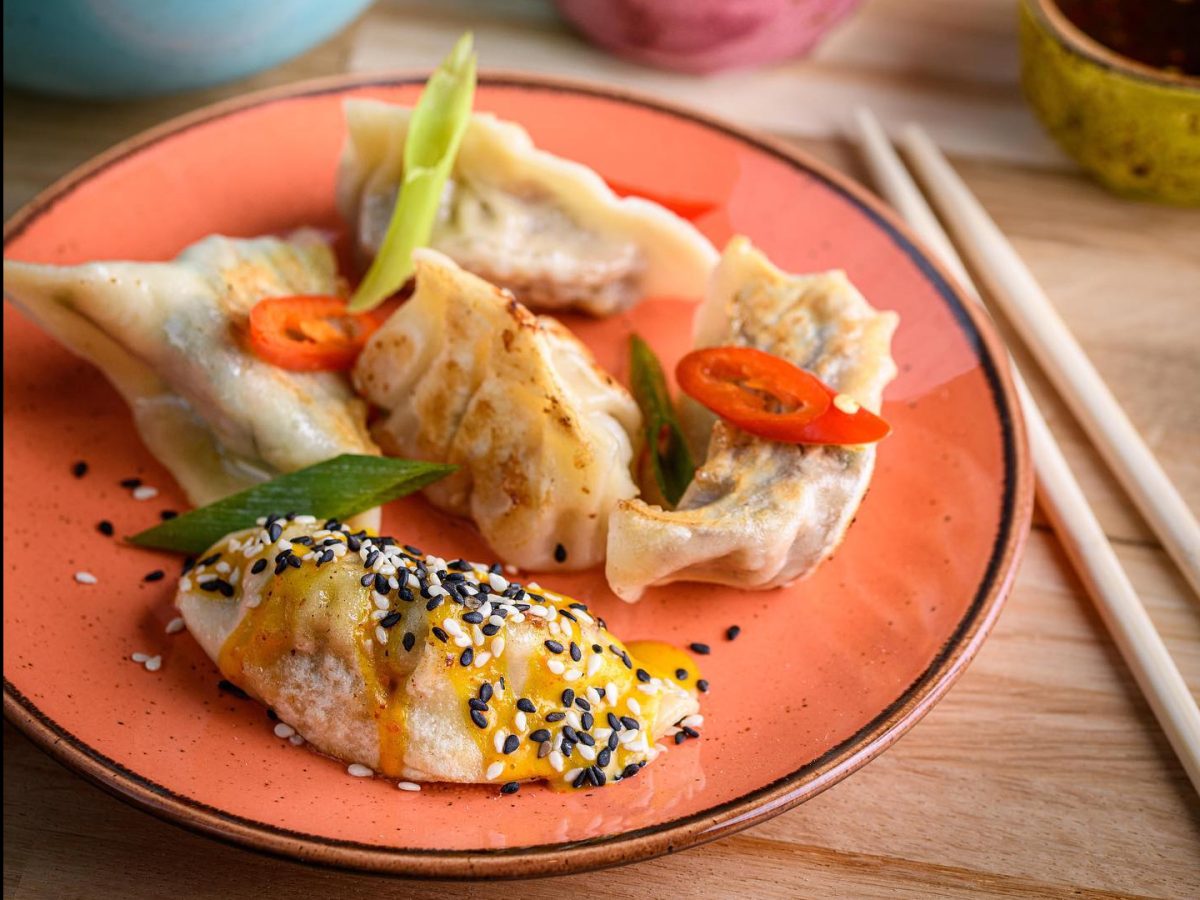 What: Ugly Dumpling recently opened a brand new restaurant in Fitzrovia, and to celebrate the launch and mark Veganuary, they have created a limited-edition vegan Cheeseburger Dumpling exclusively for the new site.

Eat: The new Vegan Cheeseburger Dumpling evokes nostalgic memories of the iconic cheeseburger in one single bite, but with a plant-based twist. Enjoy a pan-fried dumpling, topped with Ugly Dumpling’s signature burger sauce and avocado-lime vegan mayo, and filled with a soy-bean based meat substitute and melted vegan cheese.

4. For a Plant-Based Special: Patty&Bun 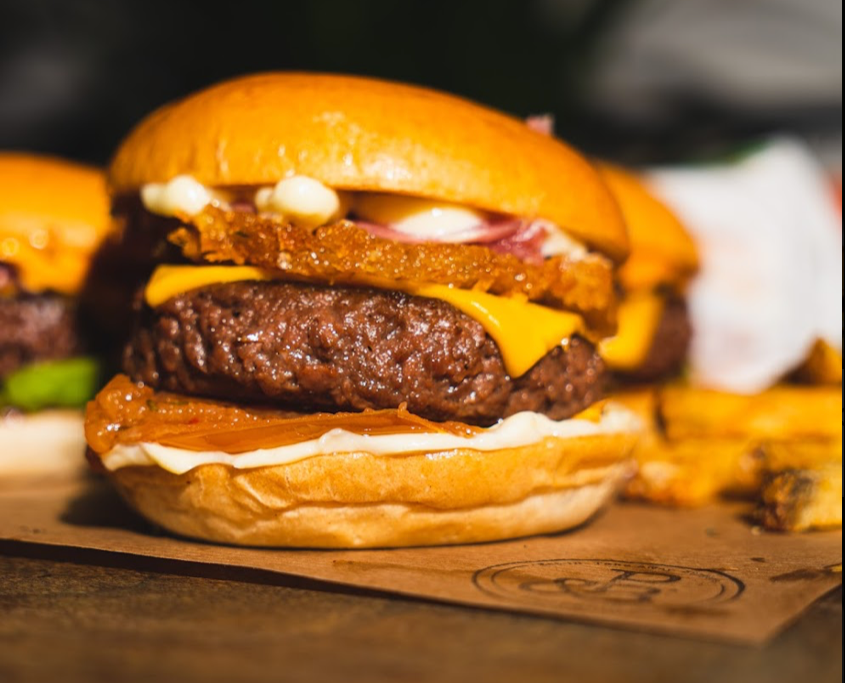 What: Patty&Bun have added to the Veganuary hype with an epic plant-based special. The new one-off burger joins the menu, alongside their regular knockout vegan offering, for one month only and it’s a pure Patty banger. 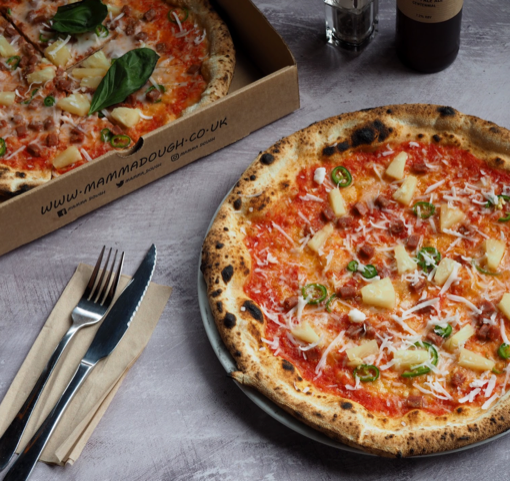 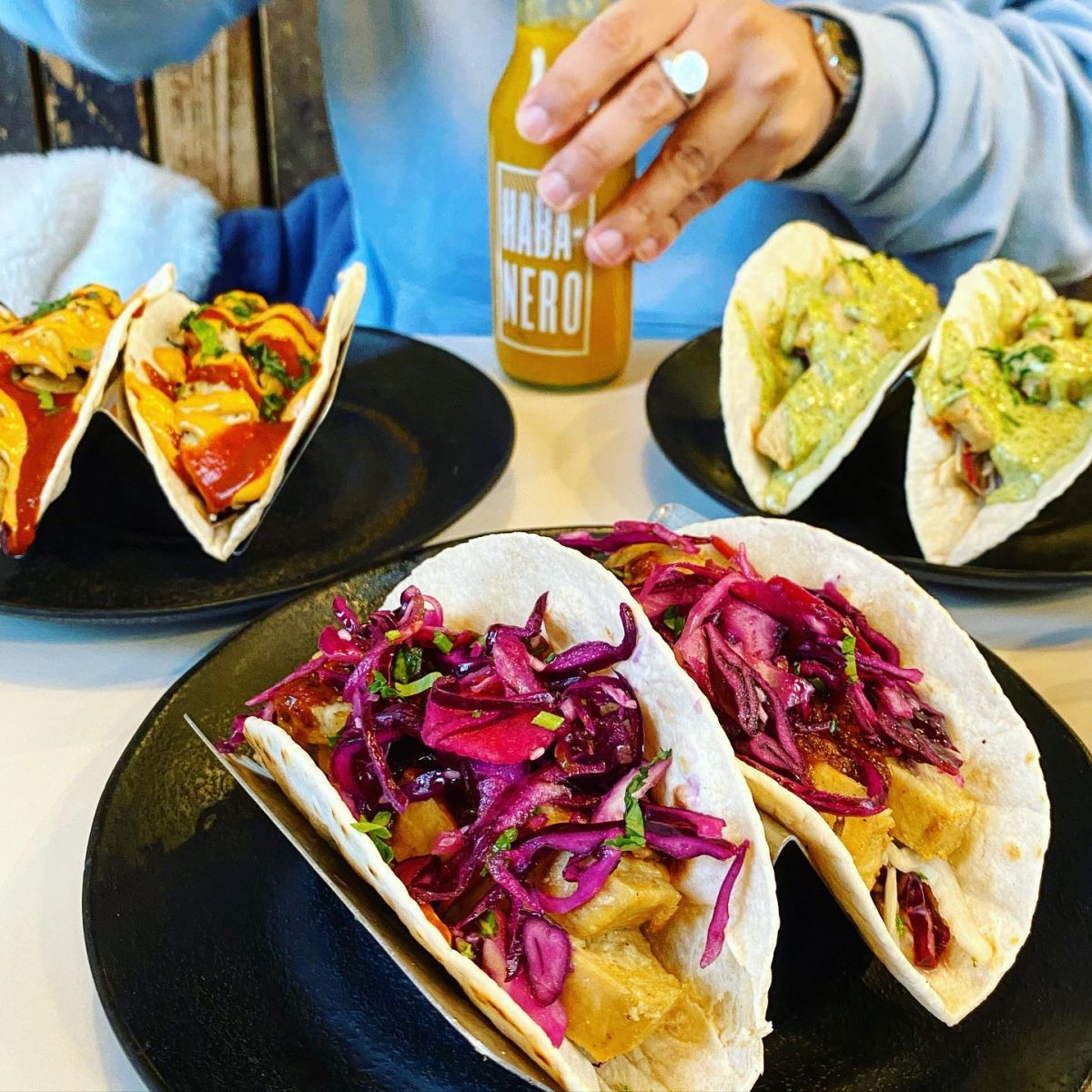 What: DF Tacos has partnered with Meatless Farm to create a delicious new plant-based special alongside additional new vegan options, available throughout January.

Eat: Leading the pack is the Vegan Sweet &andSmoky – two soft corn tortillas filled with Meatless Farm’s vegan ‘chicken’ with a sweet hibiscus and smoky chipotle salsa, topped with crunchy slaw and coriander. For even more vegan goodness, you can choose to switch out the chicken for Meatless Farm’s tasty plant-based alternative in DF’s Classic chicken taco too, as well as the Diablo tacos – for anyone that fancies turning up the heat with fiery serrano chilli and sriracha salsa. 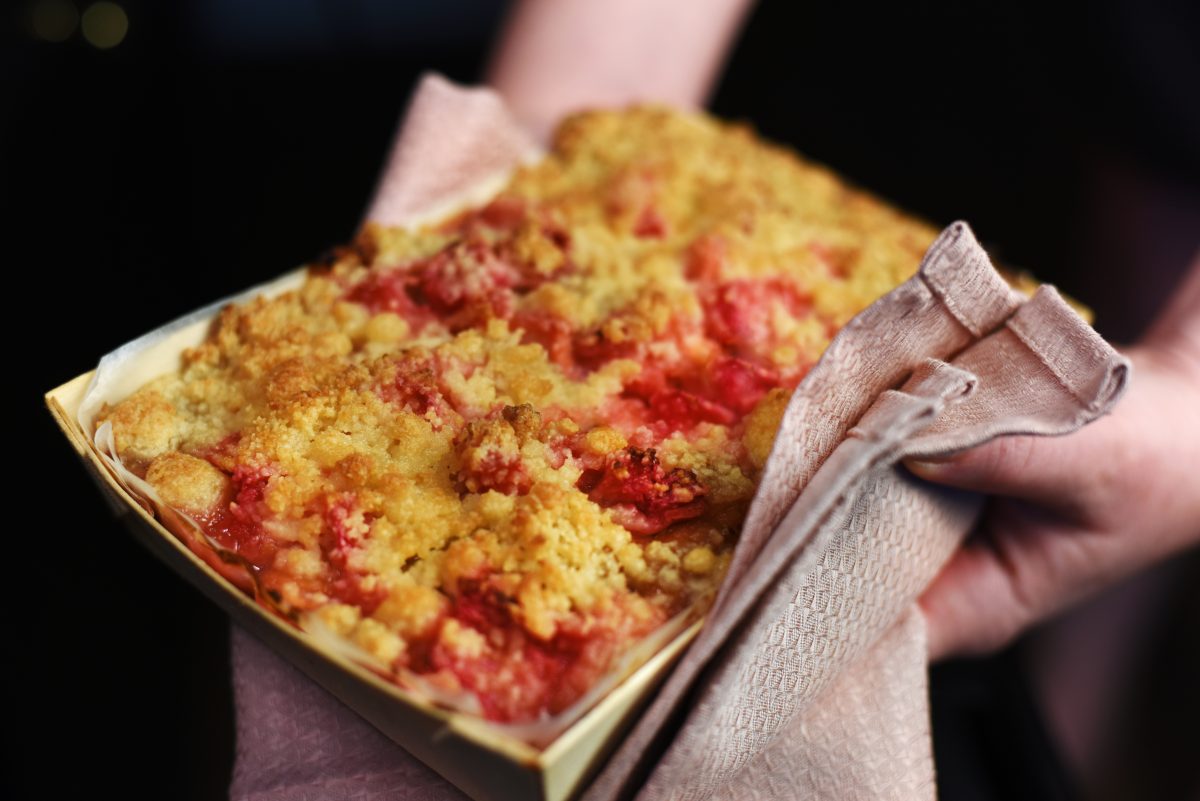 What: Crosstown have joined forces with no food waste chef and author Max La Manna to collaborate on creating a Bread Pudding, handcrafted from left-over vegan sourdough doughnuts and bright pink forced rhubarb.

Eat: Crosstown’s vegan sourdough doughnuts are combined with macerated forced rhubarb and a homemade oat milk custard, topped with almond crumble and part-baked to golden perfection, ready to be popped in the oven at home and served alongside your favourite ice cream.

8. For a Vegan Starter Pack: allplants 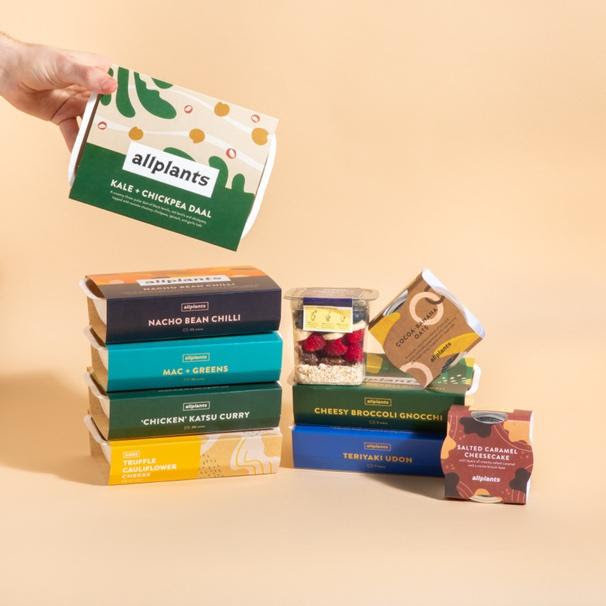 What: allplants has compiled the ultimate collection of plant-based goodness with its all-new Resolutions Box, helping to keep those Veganuary cravings covered.

Eat: From a delicious ‘Chicken’ Katsu Curry to a Cocoa Banana Oats brekky pot, The Resolutions Box contains six delicious chef-made meals containing minimum 2 of your 5 a day, a side dish, two healthy breakfasts and one yummy dessert.

9. For a Vegan Hot Chocolate: Knoops 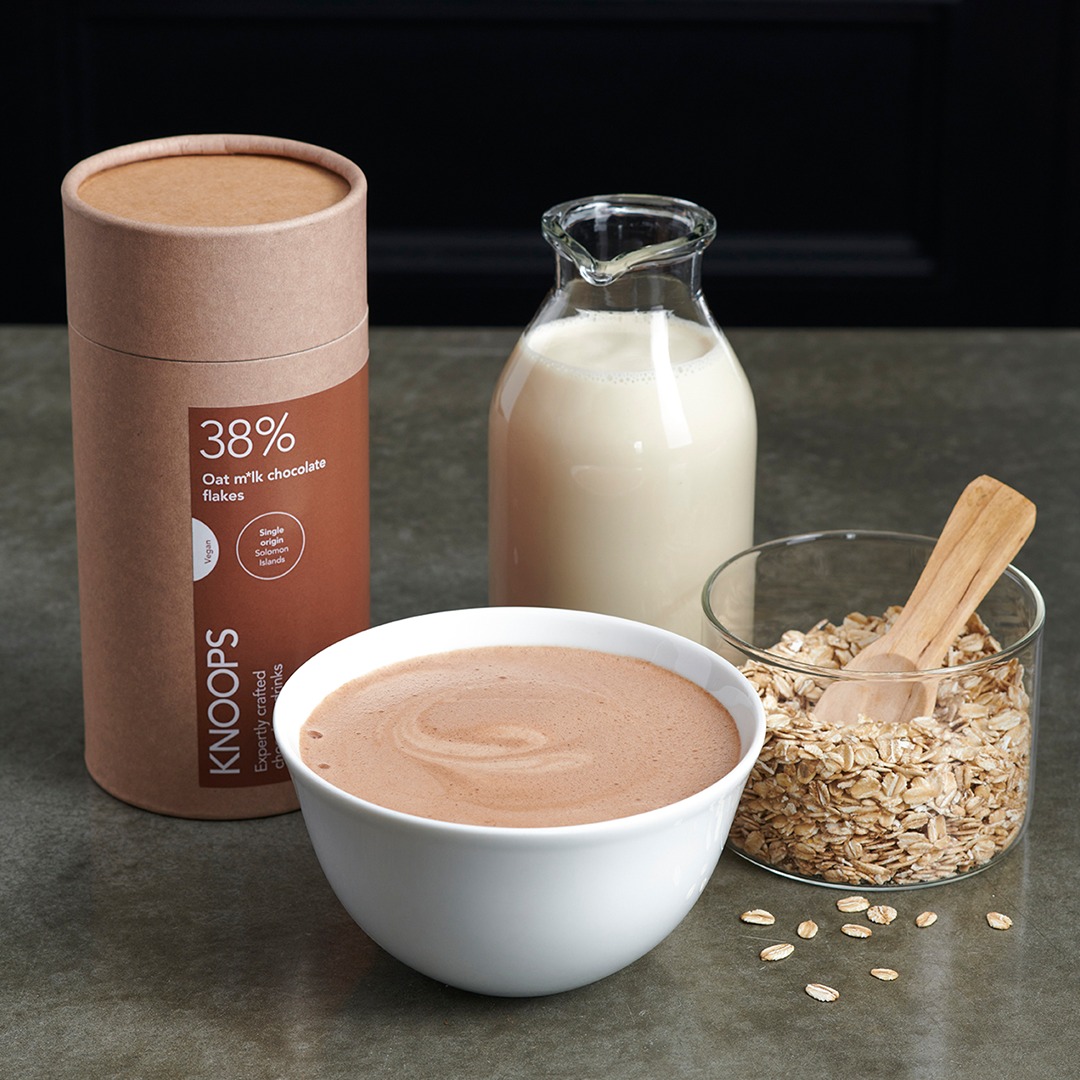 What: Knoops is delivering the ultimate plant-based chocolate drinking experience this Veganuary with the launch of a limited edition plant-based 38% Oat M*lk Chocolate edition.

Eat: Available throughout January to purchase online and in-store, the new 38% vegan Oat M*lk Chocolate flakes are made with chocolate from Knoops’ friends at Firetree Chocolate. The new flakes combine the smooth buttery richness of toasted and gluten-free oats and dark chocolate sourced from the Solomon Islands, Guadalcanal. 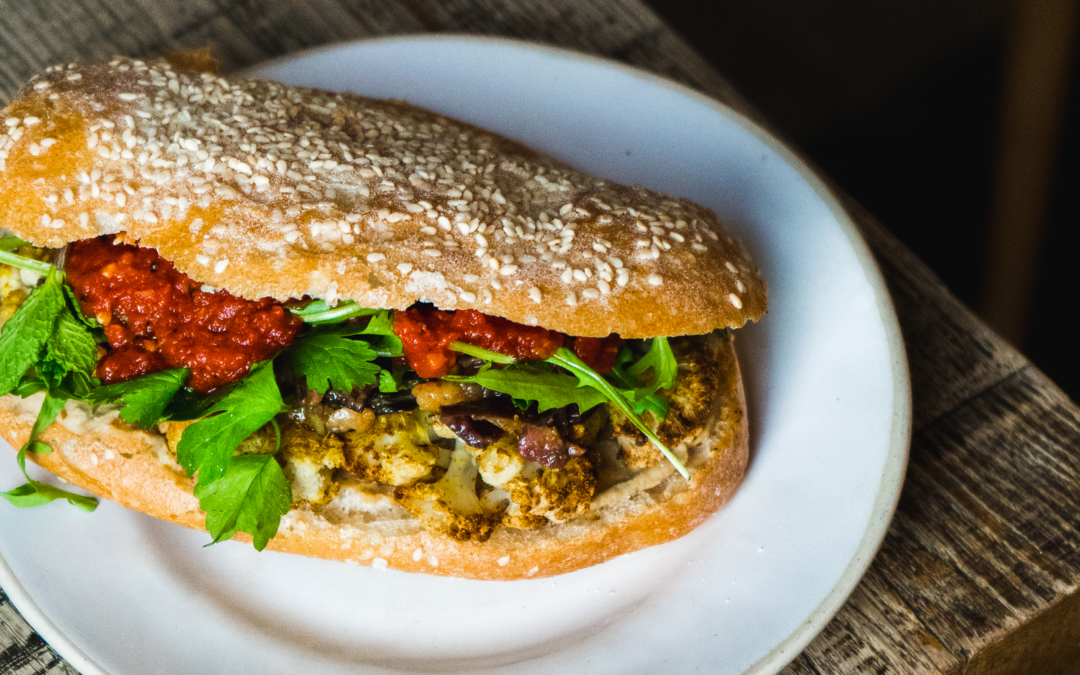 What: GAIL’s Bakery have launched its first-ever plant-based dishes. The menu includes sweet treats such as the Chocolate and Hazelnut Bun, alongside the flavoursome Roasted Spiced Cauliflower Sandwich.