We get it, everyone loves a brownie. As much as we’re fans of this classic treat, white chocolate blondies are our favourite. Where do I get my hands on these chocolate based goodies we hear you cry? Well you’re in luck. We tracked down London’s best blondies and they are all absolute corkers.

1. For the Chocolate Brownie: Brownie Box 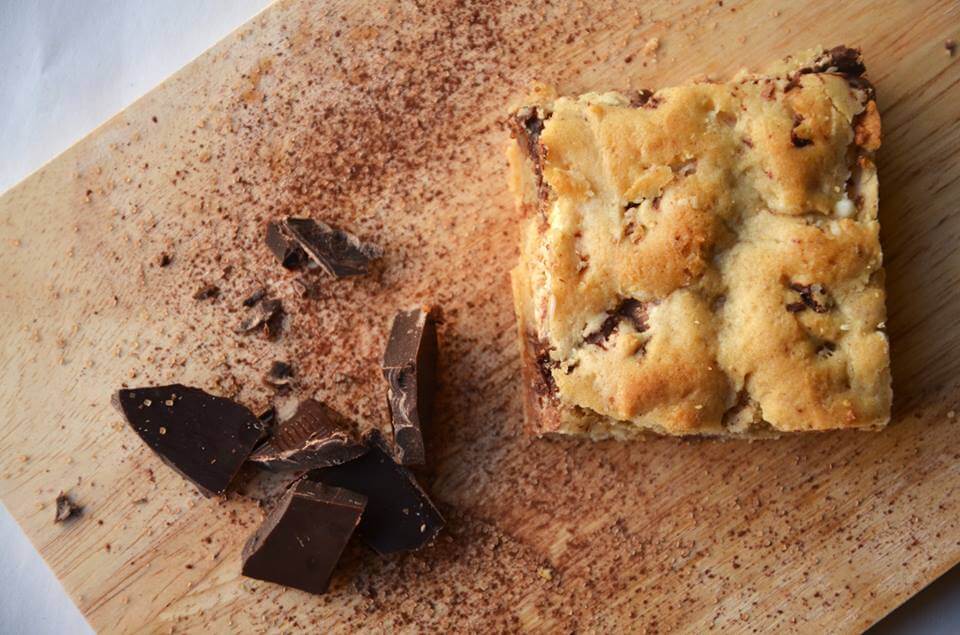 The Story: South African sisters Niki and Kristi are the duo behind the Brownie Box, a quaint and cosy cafe in Earls Court. All recipes used have been past down through the family, with everything freshly made on the premises every morning. The old-fashioned cake boutique rustle up their famous brownies, muffins and cakes alongside expertly made cups of Illy coffee.

Expect: When it comes to making brownies, these girls don’t mess around – they even bake a chocolate brownie muffin which is off the charts. They have a variety of blondies on sale including their peanut butter blondie and red velvet blondie with white chocolate chunks. Our favourite is the triple chocolate blondie containing milk, dark and white chocoloate – it chocolatey, gooey and perfect with a good cuppa.

2. For the Nutty Blondie: Bittersweet Bakers 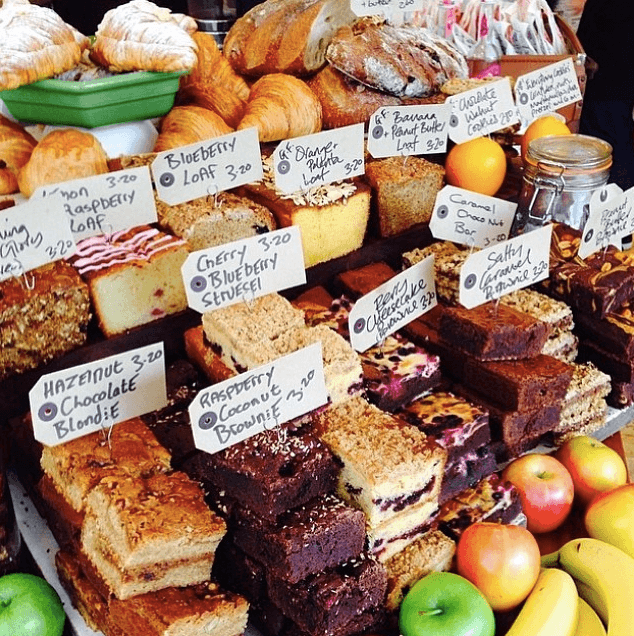 What: Hazlenut and chocolate blondie

The Story: Pair a friendly bunch of passionate bakers using the best, natural ingredients, add a sprinkle of traditional American flavours and you end up with Bittersweet Bakers. Arianna Halshaw, originally from California is the brains behind Bittersweet Bakers and has brought over the American love of sweet treats to London with her exciting mash-up flavours. Expect cornflake chocolate chip marshmallow bars, cooknies (a peanut butter cookie baked inside a brownie cup) and bourbon chocolate chip cookie pies.

Expect: The best damn blondies you will ever taste – that’s what. Their brownie list is creative with punchy flavours and odd pairings that work – pecan, coconut and caramel brownies, Oreo cookie and white chocolate brownies and sour cherry and coconut chocolate brownies. They sell these beauties at Timberyard in Covent Garden, order their hazelnut and chocolate blondie, a flat white and loose yourself in a book for a couple of hours.

3.For the Berry Blondie: Batch Bakery 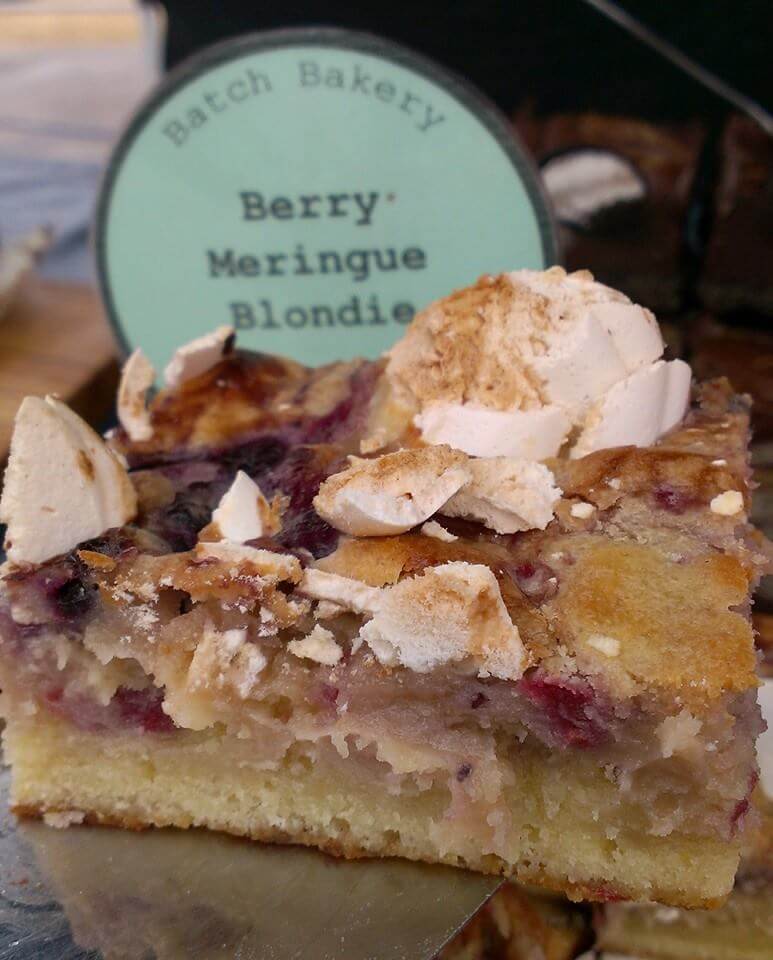 The Story: Batch Bakery are only in the baking game for one thing – brownies, with the team creating over 50 delicious flavours. The brownie game at Batch Bakery is strong. All of their brownies are baked with fairtrade sugar and cocoa, free-range eggs and organic flour. Some blondies are suitable for vegans and coeliacs. Everybody wins.

Expect: A ton of brownies and blondies that will make you grab for your purse and buy one instantly. Their s’mores brownie is made from a biscuit base with brownie and marshmallows. Do not get us started on their peanut butter krispie –  it’s fudgy, chocolatey, peanut buttery, rice krispie-y goodness. Their berry blondie is a taste of summer in a brownie, using the classic white chocolate blondie as a base they swirl berry compote through the mixture. Ooft.

4. For the Sweet Blondie: Violet Cakes

The Story: People of East London start harping on about ‘that really cool pub with craft beer’ and get yourselves down to the real gem that is Violet Cakes. Starting life as a stall at Broadway Market, Violet Cakes opened in 2010 by Claire Ptak. With 4 cookbooks under her belt, Ptak knows what how to create great tasting bakes – using only organic flour, sugar, milk and eggs.

Expect: A cute cafe vibe selling well-made cupcakes and other sweet delights. The lime, coconut, carrot cake with mascarpone cream is an absolute show stopper, along with the equally delicious chocolate and salted caramel cupcakes. The butterscotch blondie is just the right amount of sweet – it’s soft, rich and utterly decadent.

5. For the Classic Blondie: Bea’s of Bloomsbury 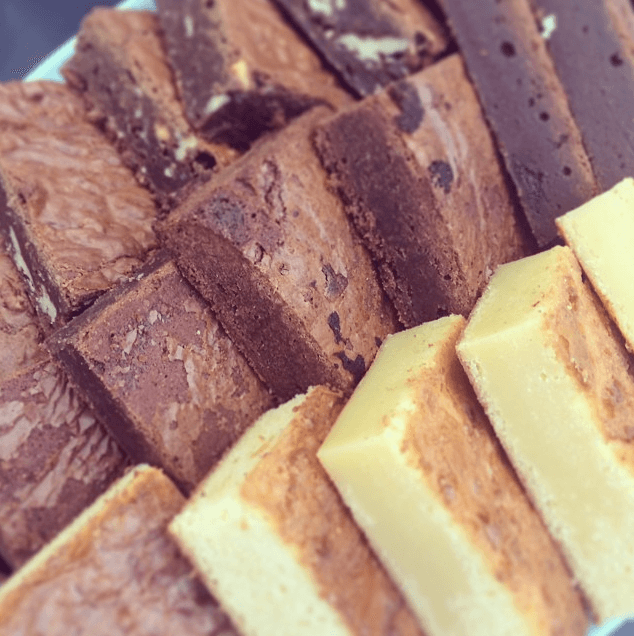 The Story: Opened in 2008, Beas of Bloomsbury is an independent tea room known for baking unique goodies with their menu based on using the best seasonal ingredients available – it’s all about care and dedication with this team. Their afternoon tea has won them a mantlepiece full of awards and that equals great cakes.

Expect: A blondie that will knock your socks off. Sure, there is nothing better than chomping on a blondie containing 3 different flavours but something has to be said about the classic. Do not fix what is not broken. The white chocolate blondies at Bea’s is an absolute beauty and will certainly perk you up on a Sunday afternoon.