We’re traditionalists when it comes to mince pies – deep fill, all-butter mince pies are unbeatable. But sometimes, only sometimes, do we like to shake things up a little. Here’s some of the craziest mince pie creations in London right now:

The Run-Down: When festive cheer meets quality French patisserie, magic happens. This all-butter croissant filled with rich, sweet mincemeat and dusted with icing sugar is the best thing we’ve laid our eyes on this year. PAUL, you’ve outdone yourselves. 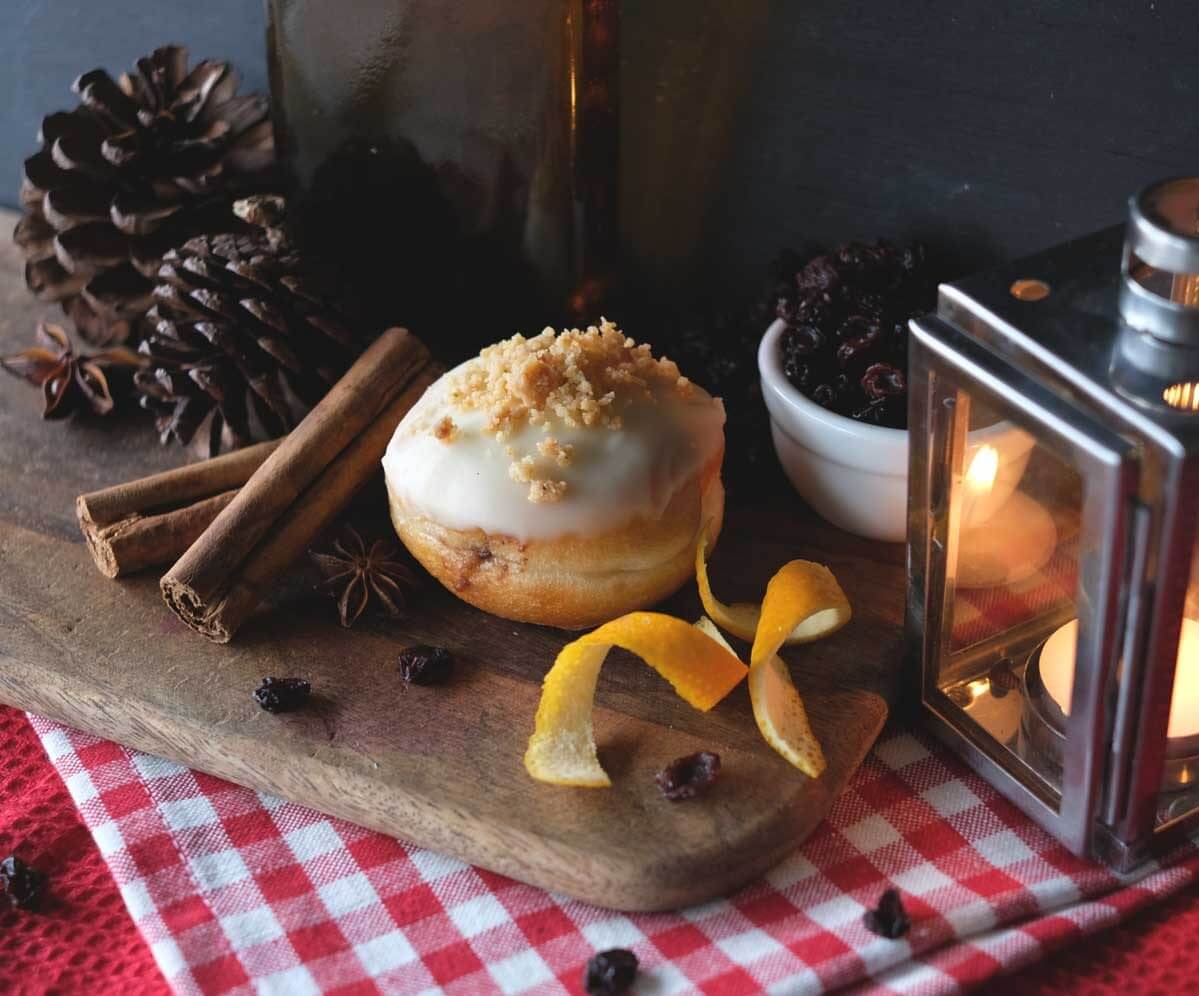 The Run-Down: Back for its third year, the Mince Pie dough bite has become a Crosstown Christmas tradition, with all the flavours of the traditional mince pie combined with their signature sourdough. The team fill the mini dough bites with home-made fruit mince before hand-dipping them in a brandy butter glaze and topping with a vanilla pie crust crumble. 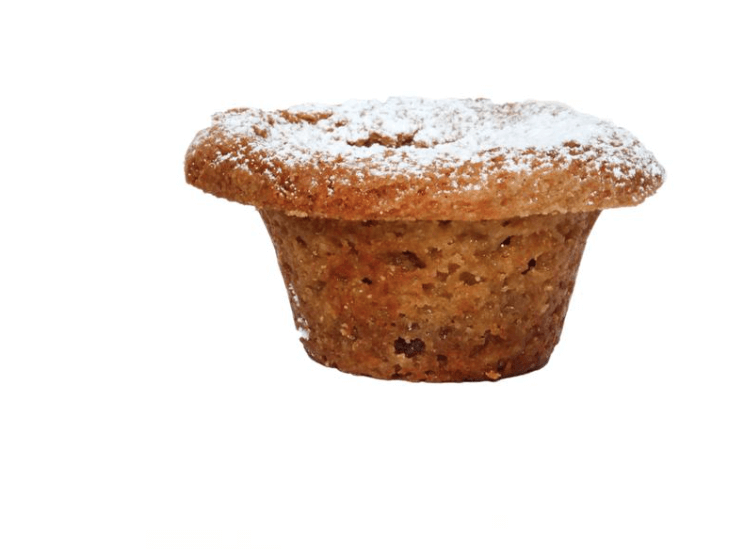 The Run-Down: Feast your eyes on Blondies Kitchen latest creation: a mince pie cookie cup. A vanilla cookie dough cup is filled with traditional mince meat filling, and dusted with icing sugar for an extra ooh la la. Go all out and buy a box of six – one is just never enough. 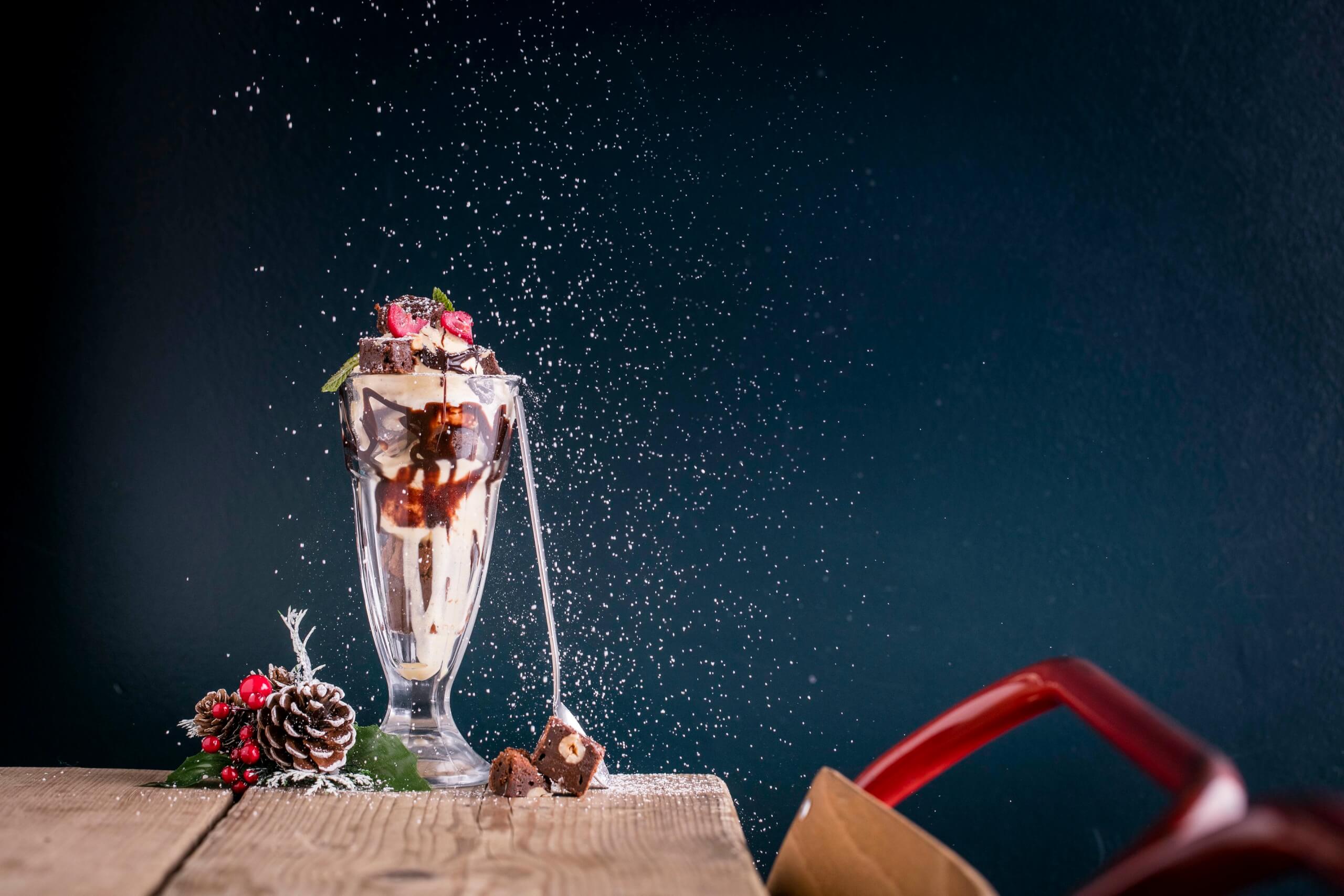 The Run-Down: Lazybones is Farringdon’s answer to OTT American grub and slow cooked meats. If you want to bask in some festive beef, try their special Xmas burger topped with apricot and sage pigs in blankets, fried sprout tops and cranberry ketchup. But we don’t come to Lazybones for their burger, we come for their mince pie sundae made with chocolate, hazelnut and mincemeat brownies, served with vanilla ice cream and hot chocolate fudge sauce. 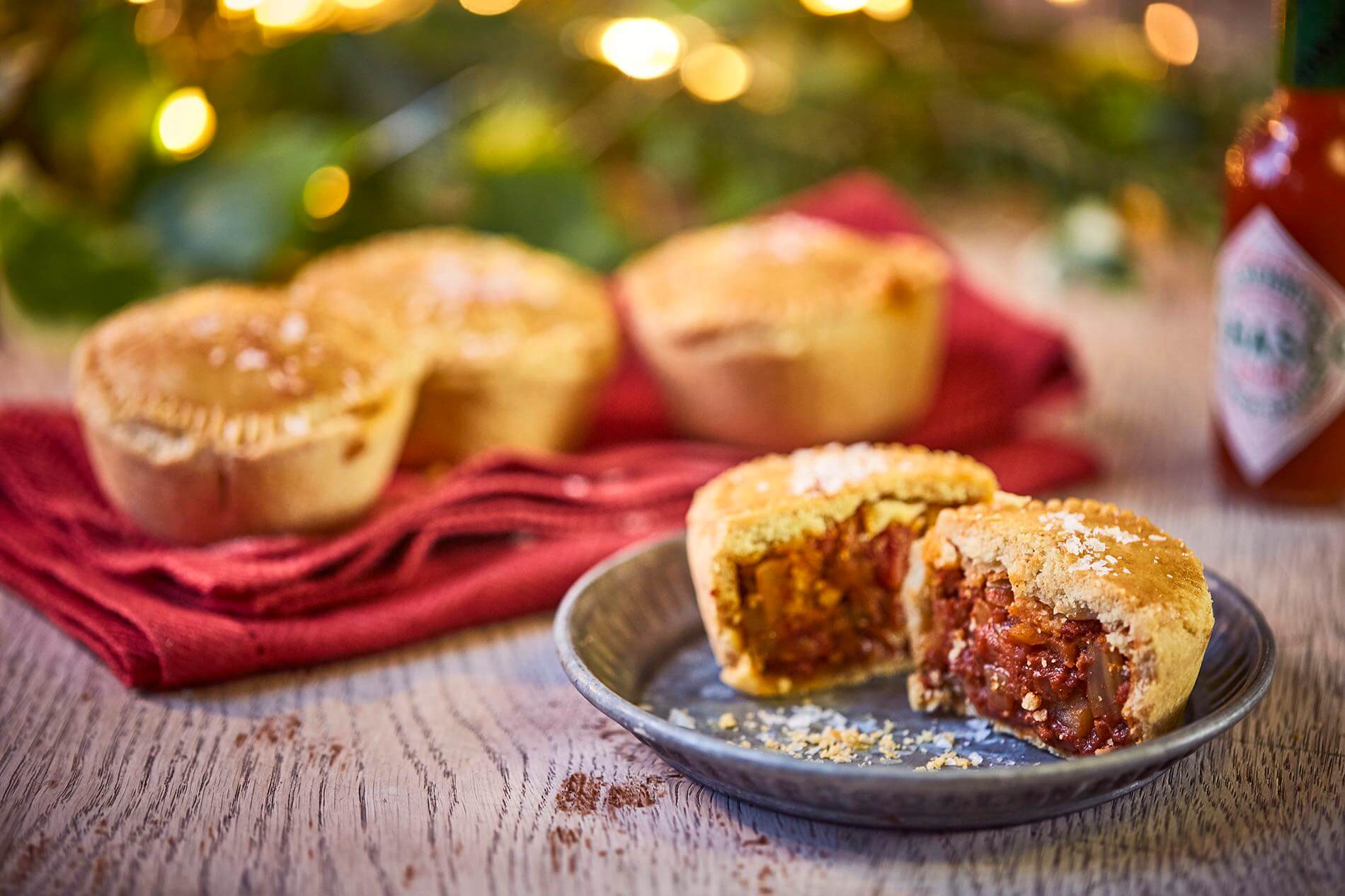 The Run-Down: For festive spirit, leading baking specialist and food artist Juliet Sear has created the UK’s first Bloody Mary mince pie in collaboration with Tabasco. Harping back to the original mince pie containing minced meat, this mouth-watering recipe fuses top quality minced beef and the ingredients of the iconic reviver cocktail to create a delectable and comforting savoury delight.

Where: Grab one of these for free between 8-10am on 14th and 15th December at The Green at Boxpark Shoreditch, 2-10 Bethnal Green Road, London E1 6GY 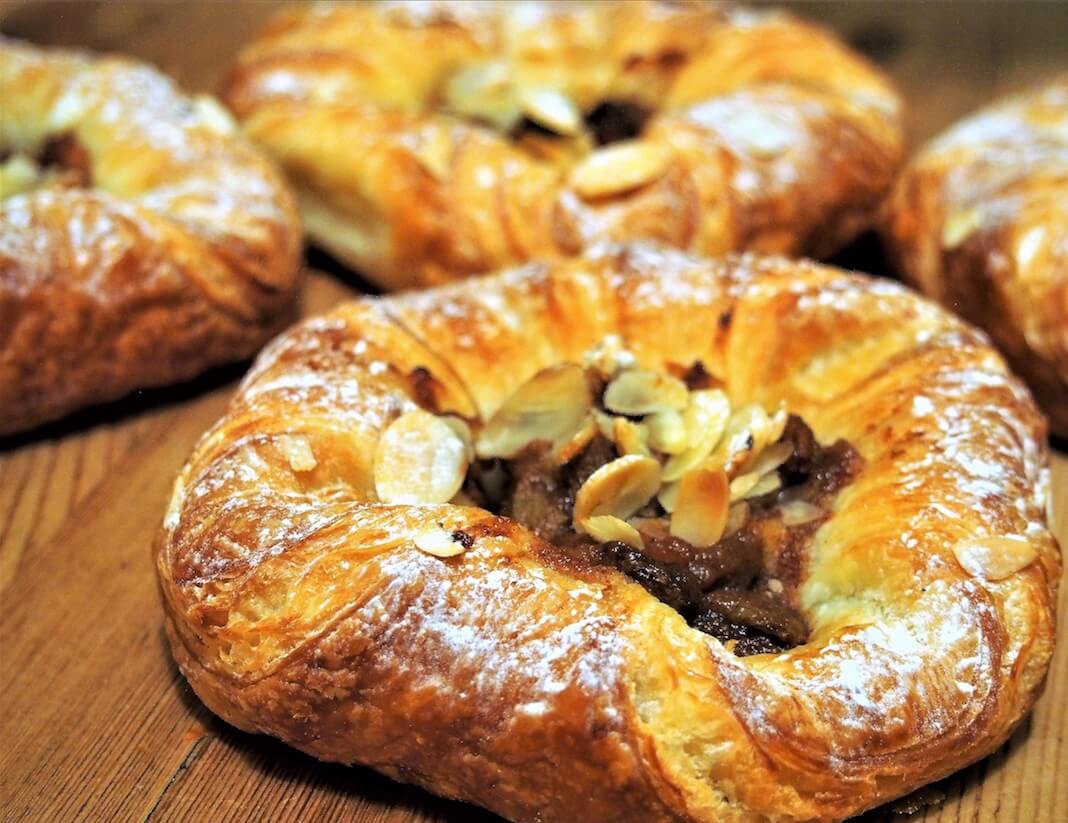 The Run-Down: Camden Market’s Flour Station have created a twist on the classic mince pie, with their new Mincessant. A killer combination of mince pie and croissant, this festive treat’s pastry base is filled with fruit mince and topped with flaked almonds. Lovely stuff. 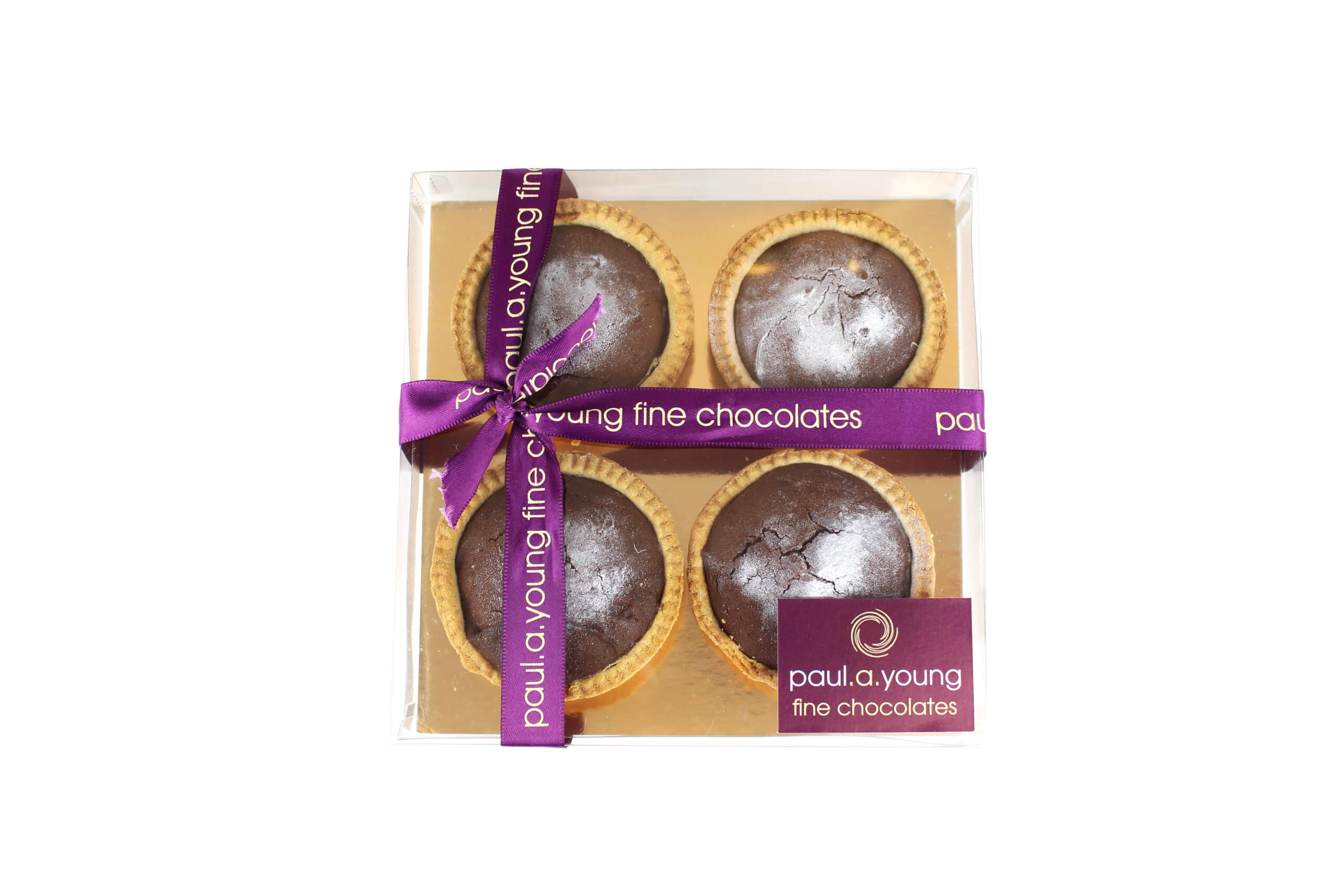 The Run-Down: Brownies are their own are great, as are mince pies – but put the two together and you end up with Paul A Young’s brownie mince pies. The deliciously different morsels feature buttery rich sweet pastry, filled with homemade mincemeat and topped with Paul’s award-winning fudge brownie. 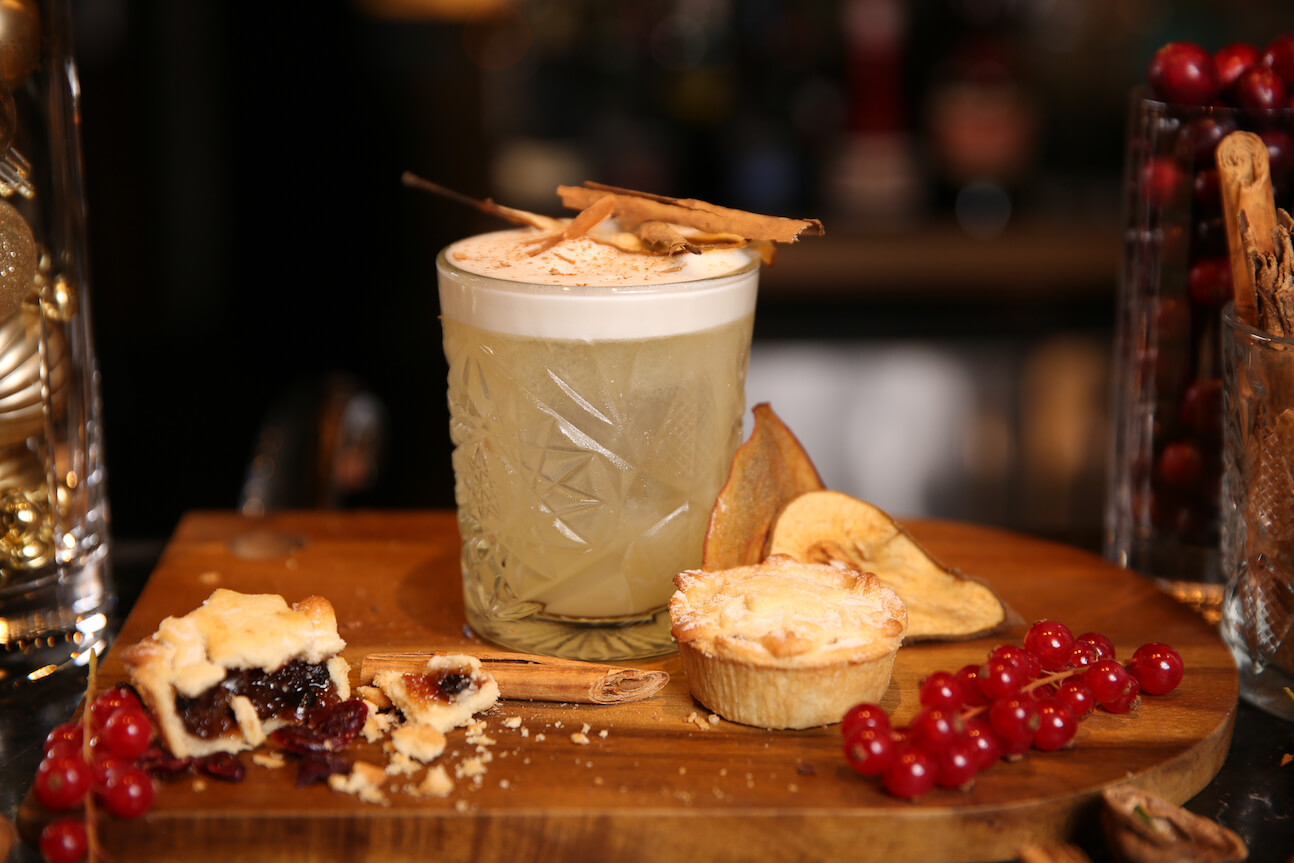 The Run-Down: This warming tipple, made with Sipsmith gin, cloudy pear juice, egg white and homemade mince pie syrup tastes like a liquidised mince pie (a very good thing), and is the perfect mix to get you into the festive spirit. And the rooftop views ain’t too shabby either. 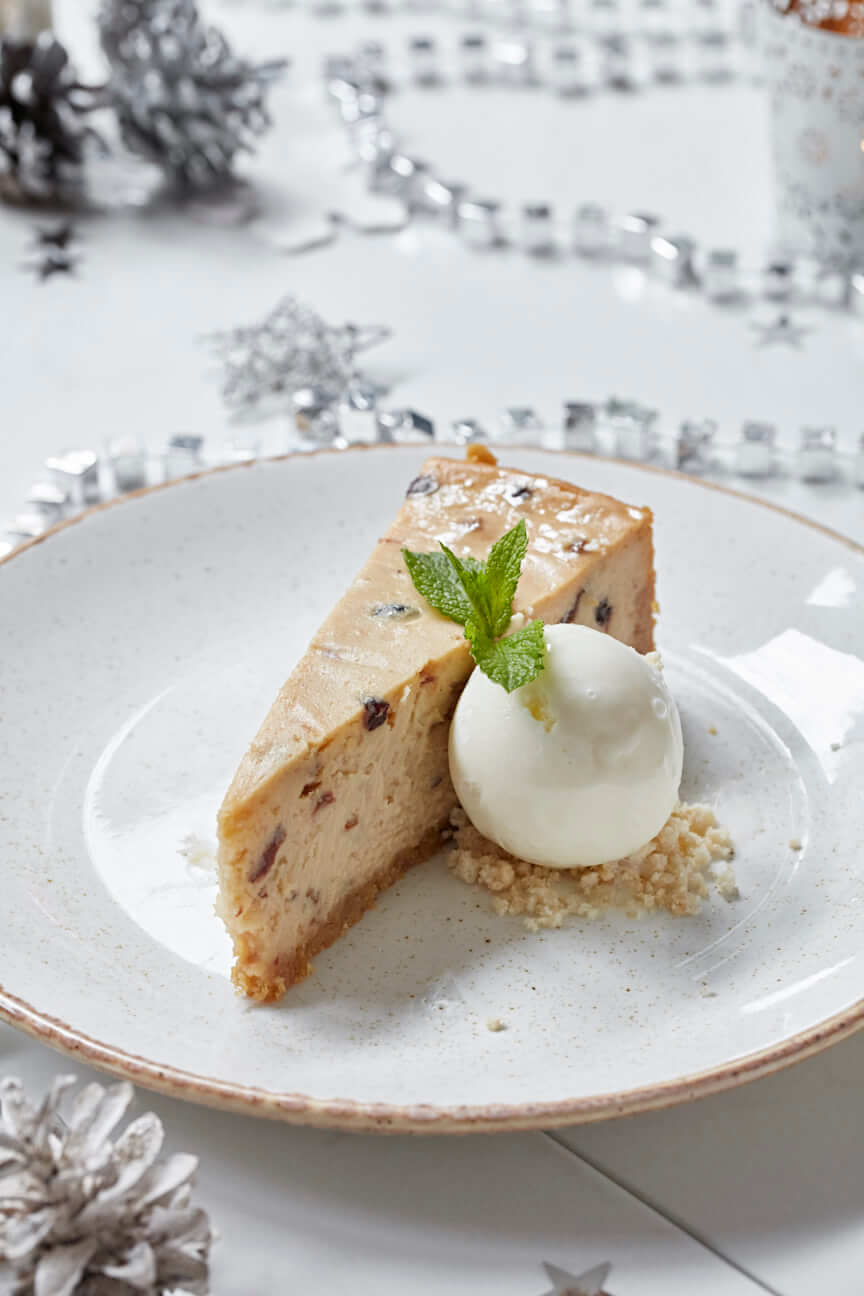 The Run-Down: Bar + Block have given the classic cheesecake a festive upgrade with this mince pie number. The indulgent and creamy cheesecake is a delicious alternative to the traditional sweet treat and a perfect ending to a hearty Christmas dinner. 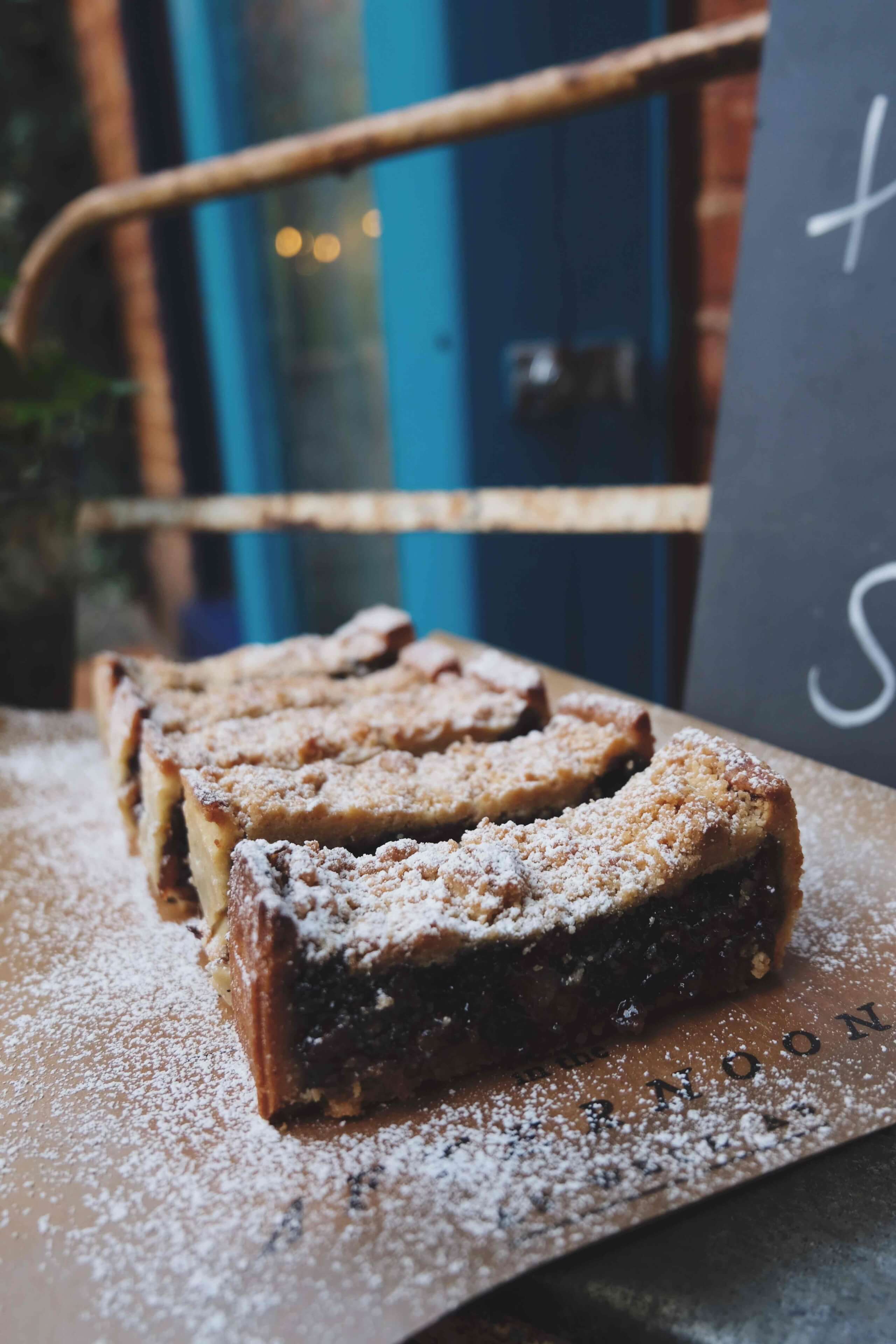 The Run-Down: Jacob the Angel is nestled in Neal’s Yard, with accordion windows flung open to revel in the pretty little courtyard. Specially for the Christmas period, the baking team have created something exceedingly tasty – a spiced mince pie slice. There’s good reason why people were queuing out the door for these festive beauties.