Share
Tweet
Share
Pin
0 Shares
After a string of successful openings, Thunderbird Fried Chicken are heading to SW5 for their latest opening. With outposts across London, the Earls Court branch marks a new era for the fast-growing brand. 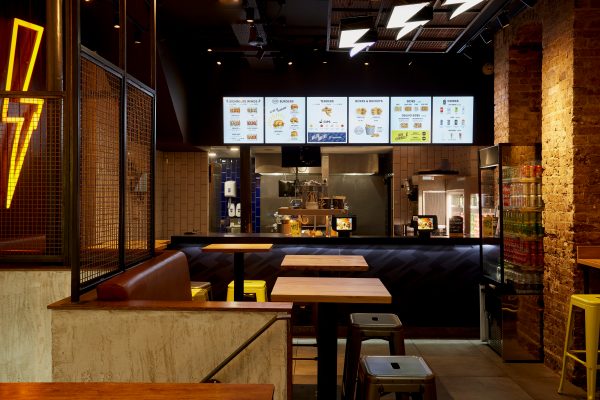 Opening 7th April for takeaway and delivery, later followed with dine-in observing the government’s guidelines, the Earls Court site boasts 47 covers inside and 16 outside. Featuring high tables, booth seating, and a condiment station, customers will also be welcomed with digital menu boards, making everything as seamless and safe as possible.

Get down there on opening day as the first 50 customers will bag a tray of six signature wings each. Those who can’t get down to the new opening can get Thunderbird’s fried gold via Click & Collect, or on Deliveroo and Uber Eats too. 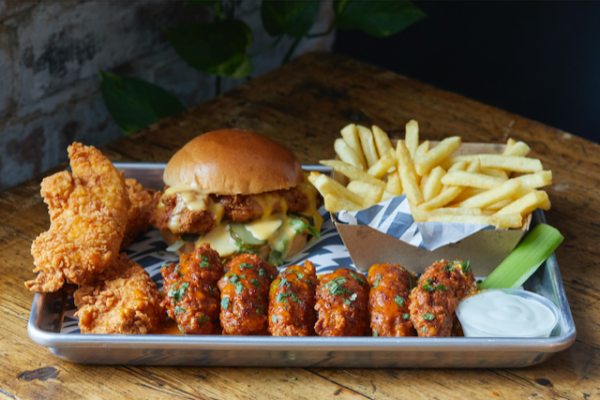 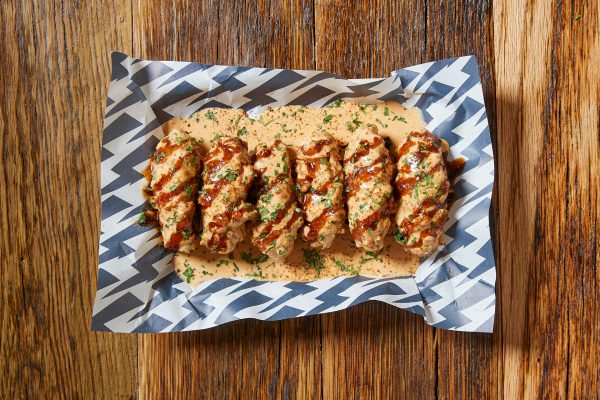 Thunderbird are, of course, known for their game-changing golden fried chicken, alongside flavour-packed burgers, fiery, messy, magical wings in innovative sauces, and other classic meaty wares plus saucy little sides, making it one of the must-visit restaurants across the capital.

Hero dishes include: Chipuffalo Wings (these babies won WingFest, voted as the best Buffalo Wings in London with chipotle-buffalo sauce, a sprinkle of coriander, pickled celery and a blue cheese dip); The Thunderbun (The OG Burger featuring juicy chicken breast, slathered in Awesome Sauce (like a smoked burger sauce), topped with crunchy lettuce and snappy pickles, crammed into a squishy bun); and Meltdown Tater Tots (a fully decadent side of spuds covered in molten jalapeño-miso cheese, streaked with red pepper aioli, and sprinkled with spring onions).

And not forgetting freshly fried churros (aka cinnamon sugar-dusted pleasure sticks) with a choice of dips.