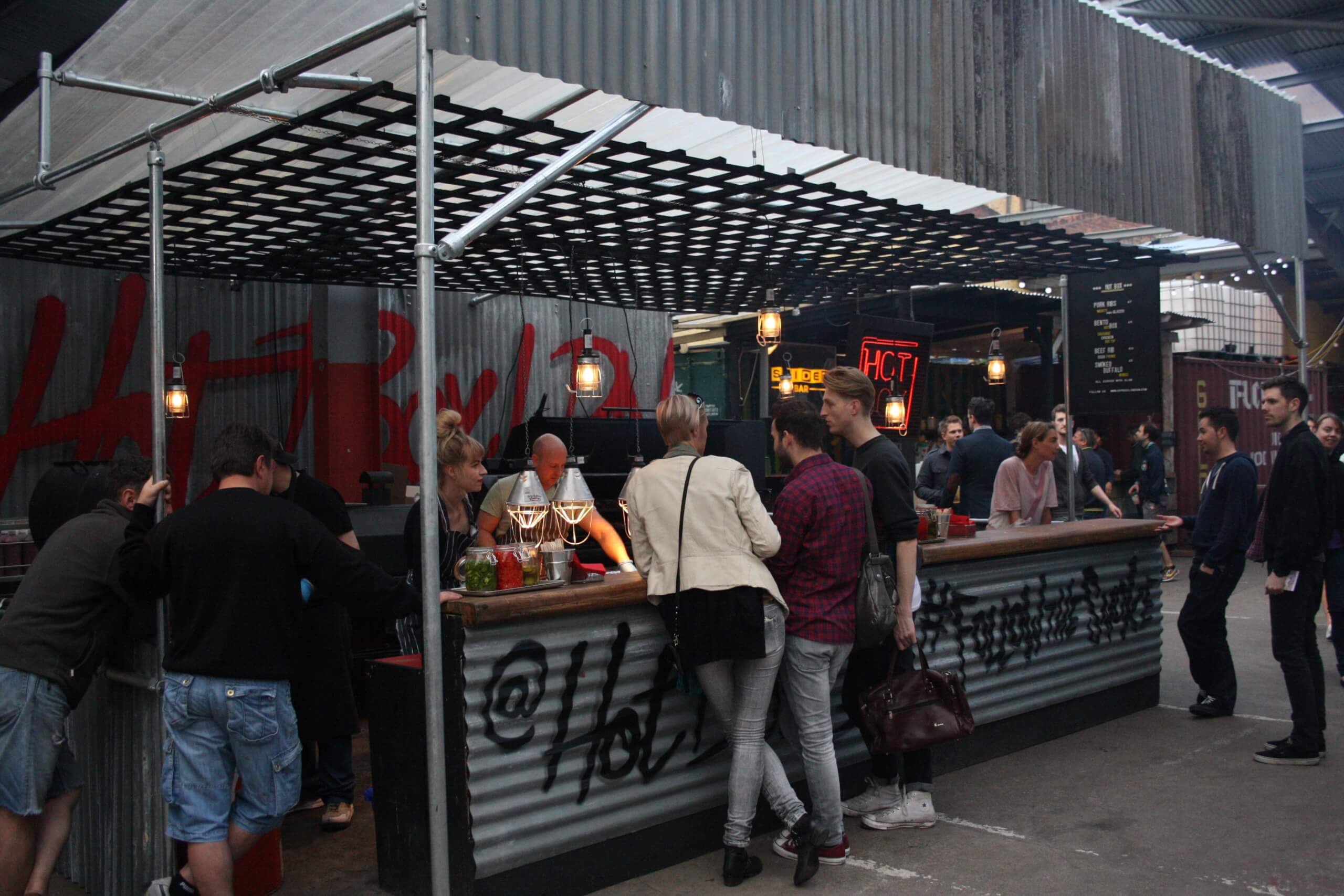 When you first walk into Dalston’s Street Feast it can all be a bit overwhelming – everywhere you look there is food, and just thinking about the range of flavours on offer from the various stalls is enough to send your taste buds into confused overdrive. If however, like me, you are a red-blooded carnivore with cravings and needs that only meat can satisfy, then you can do a lot worse than make a beeline for HotBox – as they say themselves, just ‘follow the smoke’. 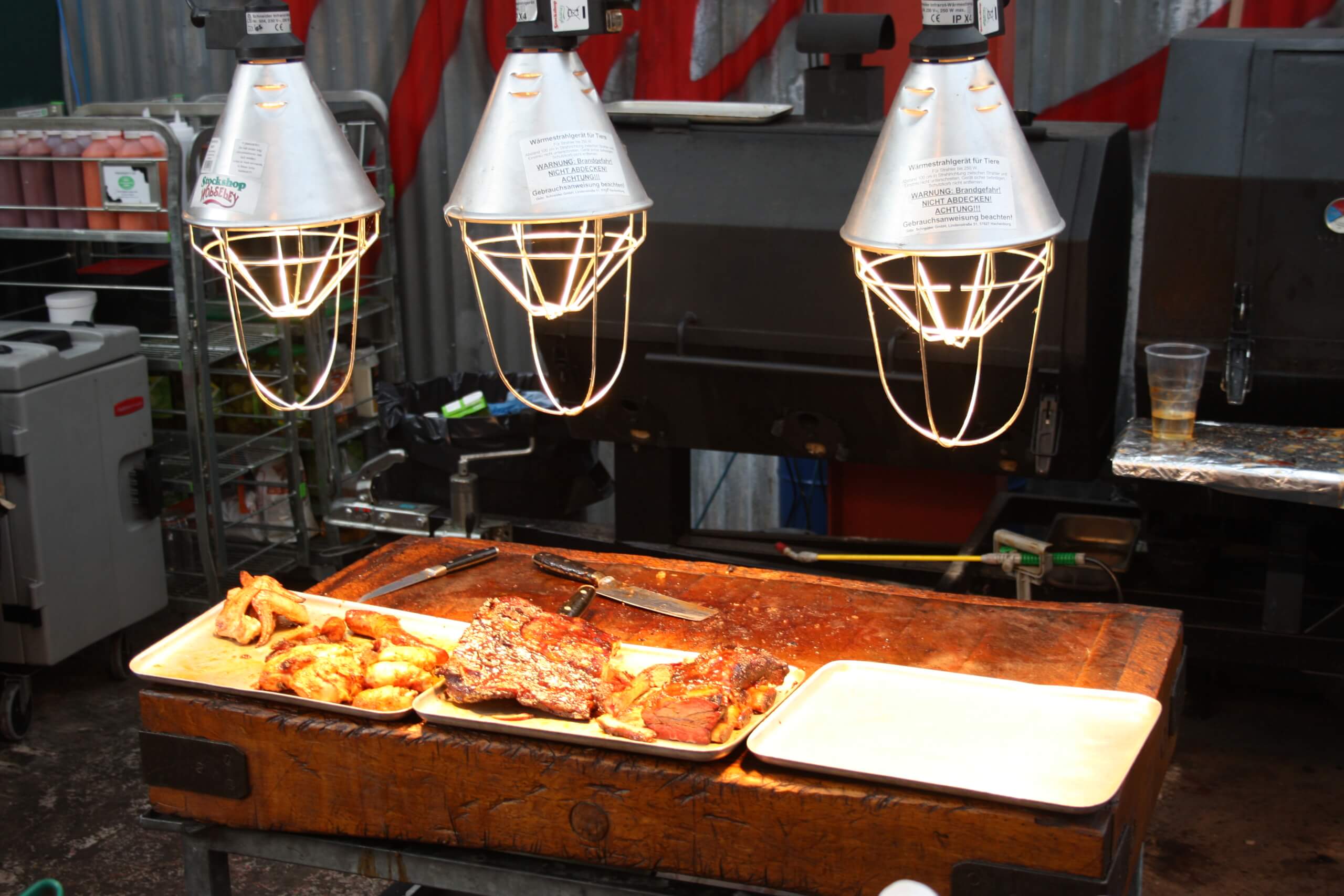 This BBQ has very little in common with the charred sausages that we ritually scrape off the grill as soon as it threatens to get a little sunny outside. For a start, it’s cooked in a custom welded smoker, over six foot long and affectionately dubbed Samson, that put me in mind of some kind of ancient steam train. Except that the side of this loco-smoke-ive (sorry) opens to reveal rack upon rack of gently smoking beef. It’s big and crude looking, and as far as I’m concerned one of the most beautiful objects I’ve seen in my life. I would probably try and build one in my garden, if only I knew how to weld… 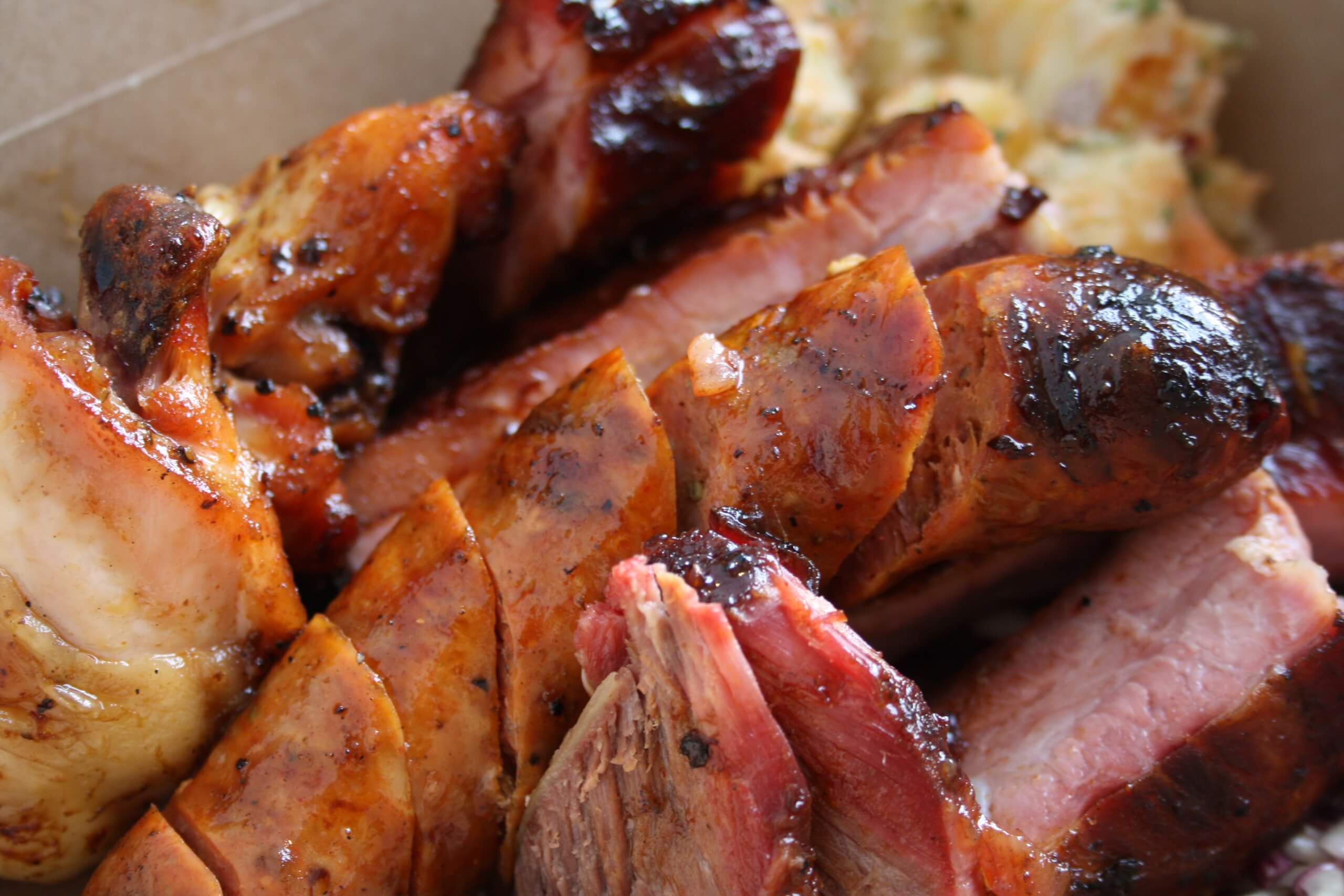 The HotBox team learned the true meaning of meat on a pilgrimage to Texas, where they feasted at the smoking altars of some of the high priests of BBQ, bringing their arcane secrets back to share with us in London. They suffered for their craft – several BBQs a day for a fortnight takes ~~a toll on the body of a mere mortal – but the knowledge they gained made it worth their while. 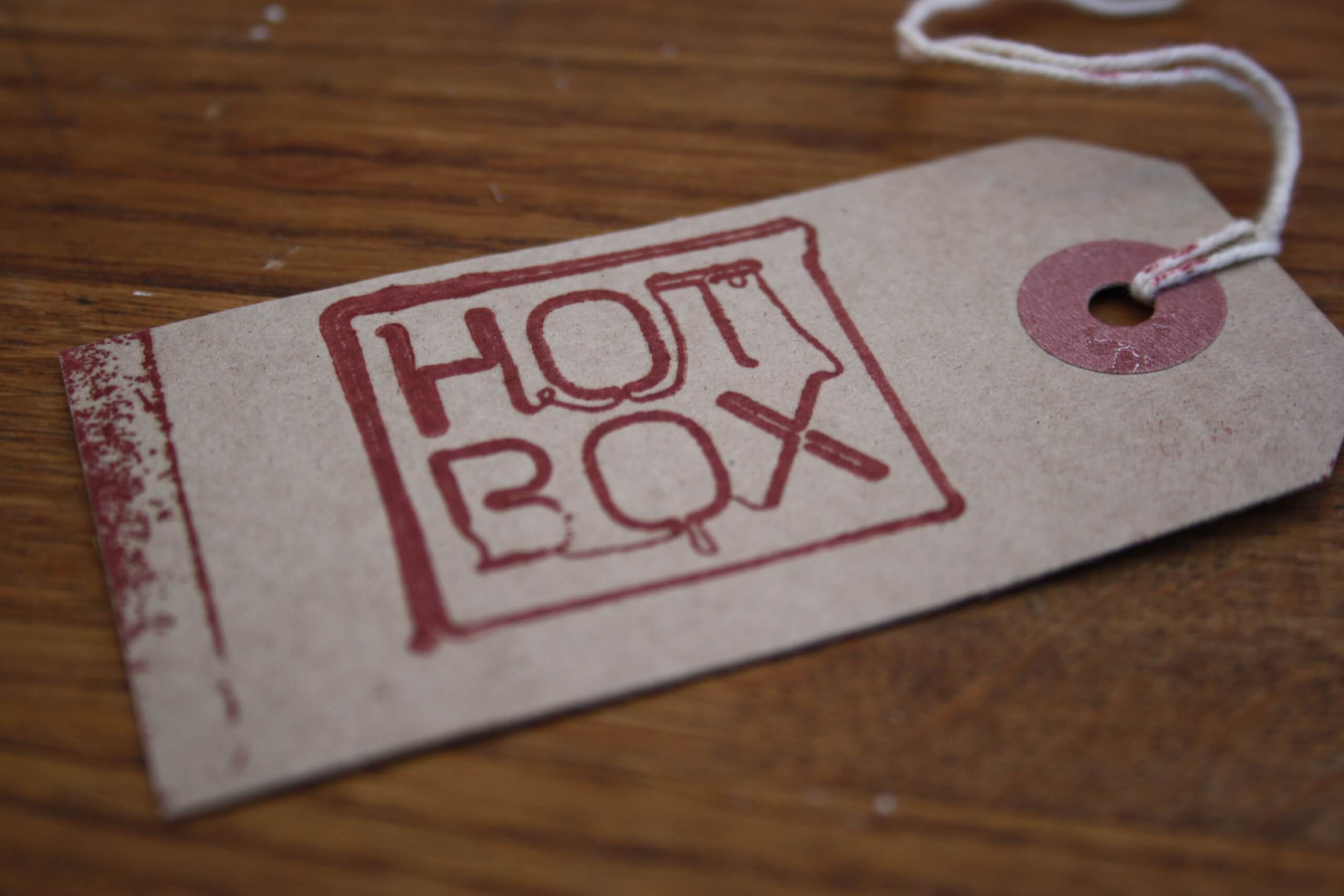 That’s not to say that these acolytes are tied to Texan tradition – they have made the style their own and the food has a distinctly English twist to it. For example, in Texas they prefer their pork with a savoury rub, but HotBox have opted for the sticky sweet glaze we have come to expect from a spare rib, and my palate and I are more than happy to defer to their judgement. The chicken is marinated for 24 hours in Earl Grey tea and lemon, which seems just about as English as it could get. The hot lick sausage is a demonstration of culinary evolution – currently stuffed with jalapeno, cheese and spices, the recipe is constantly tweaked and unlikely to be the same from week to week. 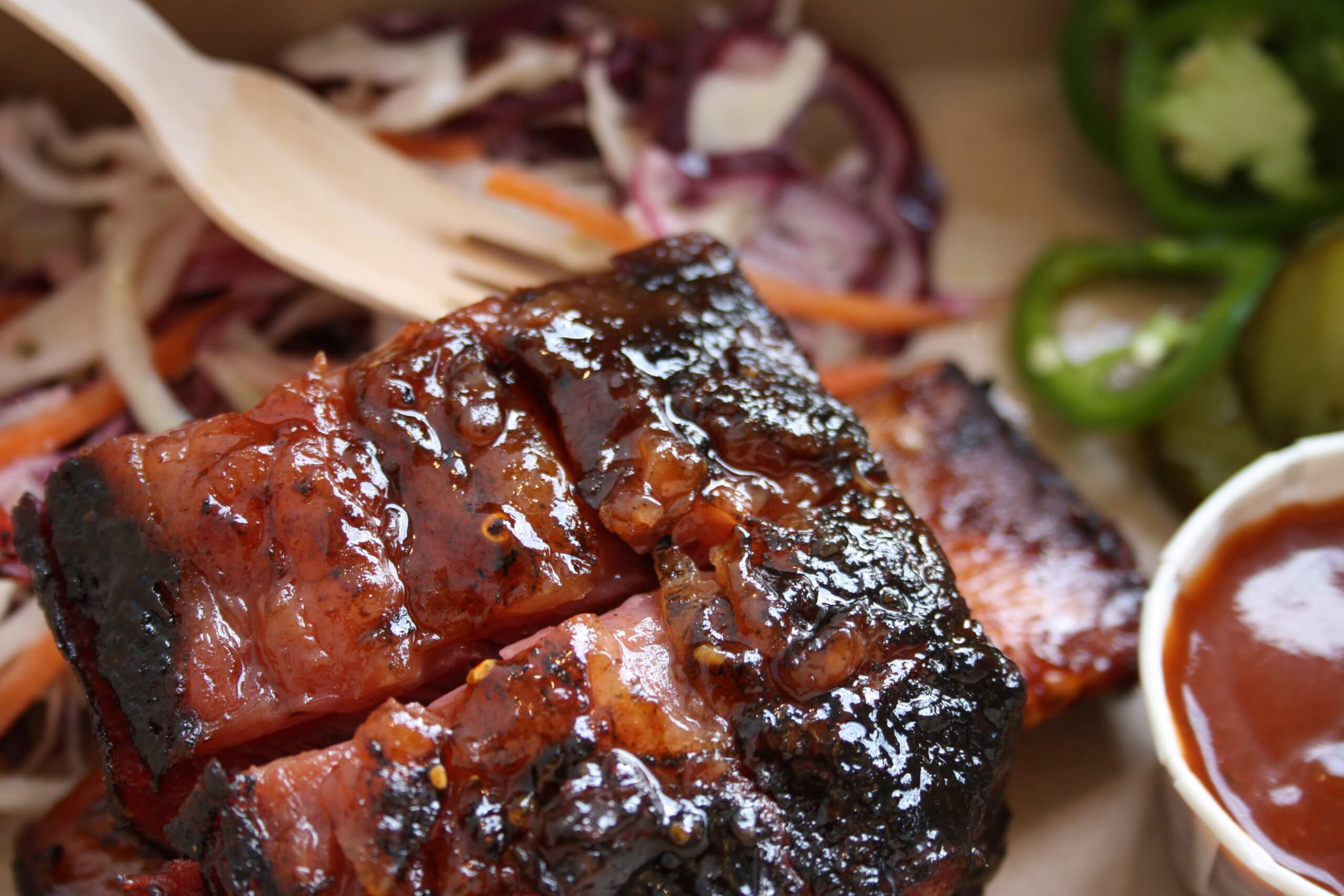 The aforementioned meat treats, along with an authentic ‘slaw and a slightly-too-al-dente potato salad, come together in a ‘bento’ box that is a great way to try everything on offer in the HotBox smoker. If (when) I eat here again though, I don’t want to eat a little bit of everything, I just want to eat beef ribs. A lot of beef ribs. 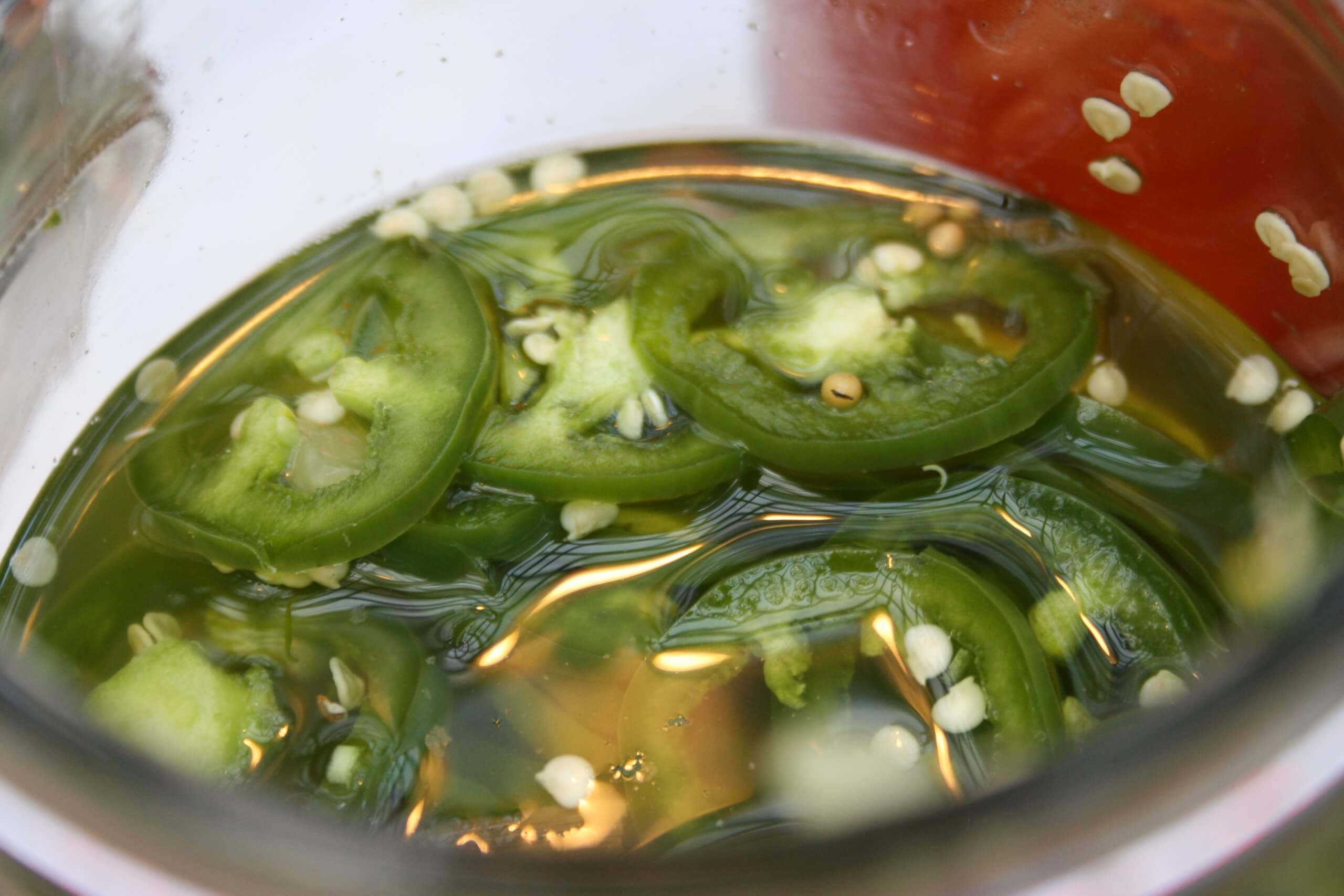 These ribs are fast-food at its slowest, and proof that the best things in life are worth waiting for. The beef is shipped over from the States, conveniently aging in transit, but mainly because there’s nothing closer to home with the same qualities as this grain-fed USDA livestock. It’s shot through with marbled fat, gleaming like veins of gold in a meat mountain, which render down throughout the TEN HOURS of cooking to keep the flesh ridiculously tender. I know this because I was proudly shown a smartphone photo of the raw rib before it was cooked, and I take an instant liking to anyone so enthusiastic about their product that they consider it appropriate to show photos of bloody ribs to complete strangers. 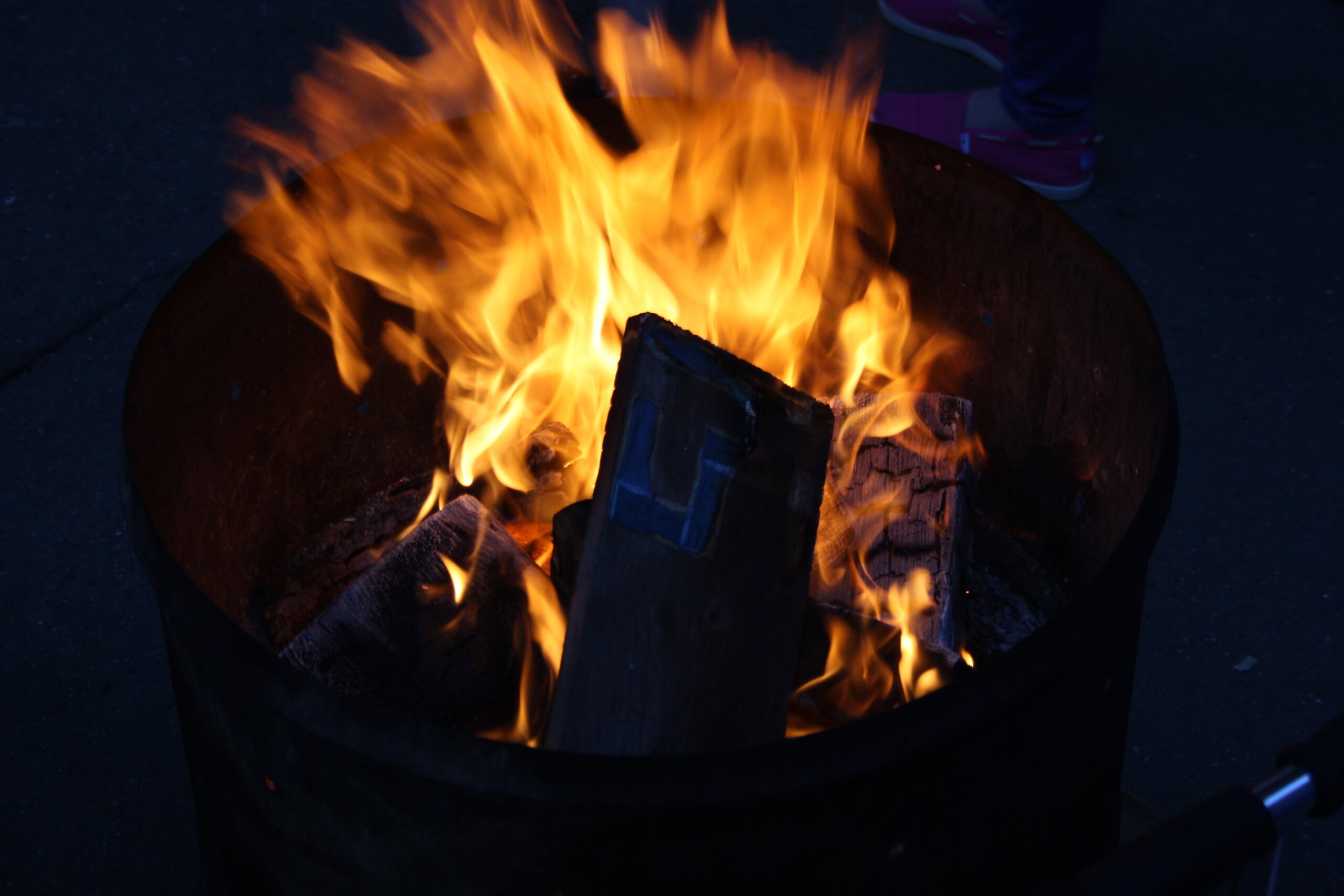 It’s probably worth mentioning that all this research and development from the HotBox team is building up to a permanent restaurant site due to open at the end of summer, so if you don’t catch them at Street Feast you can always find them there. Try the beef rib, you won’t regret it.

Alex Dark is an anthropologist with a major fetish not only for the behavioural patterns of hominids but for greasy and rich foodstuffs, too. Creating condiments from scratch is his game, including eye-watering hot sauces and homemade pestos.