As someone who lives in Farringdon, I’ve been coming to Smiths of Smithfield for many, many years. It has always been one of the area’s most reliable spots for a buzzing atmosphere and, naturally, great meat. So it was with a touch of trepidation that I returned following a recent refurbishment. It turns out that Smith’s has been brought by big boys pub group, Youngs. They’ve spent the last few months putting their own twist on a restaurant which hasn’t changed in a decade. 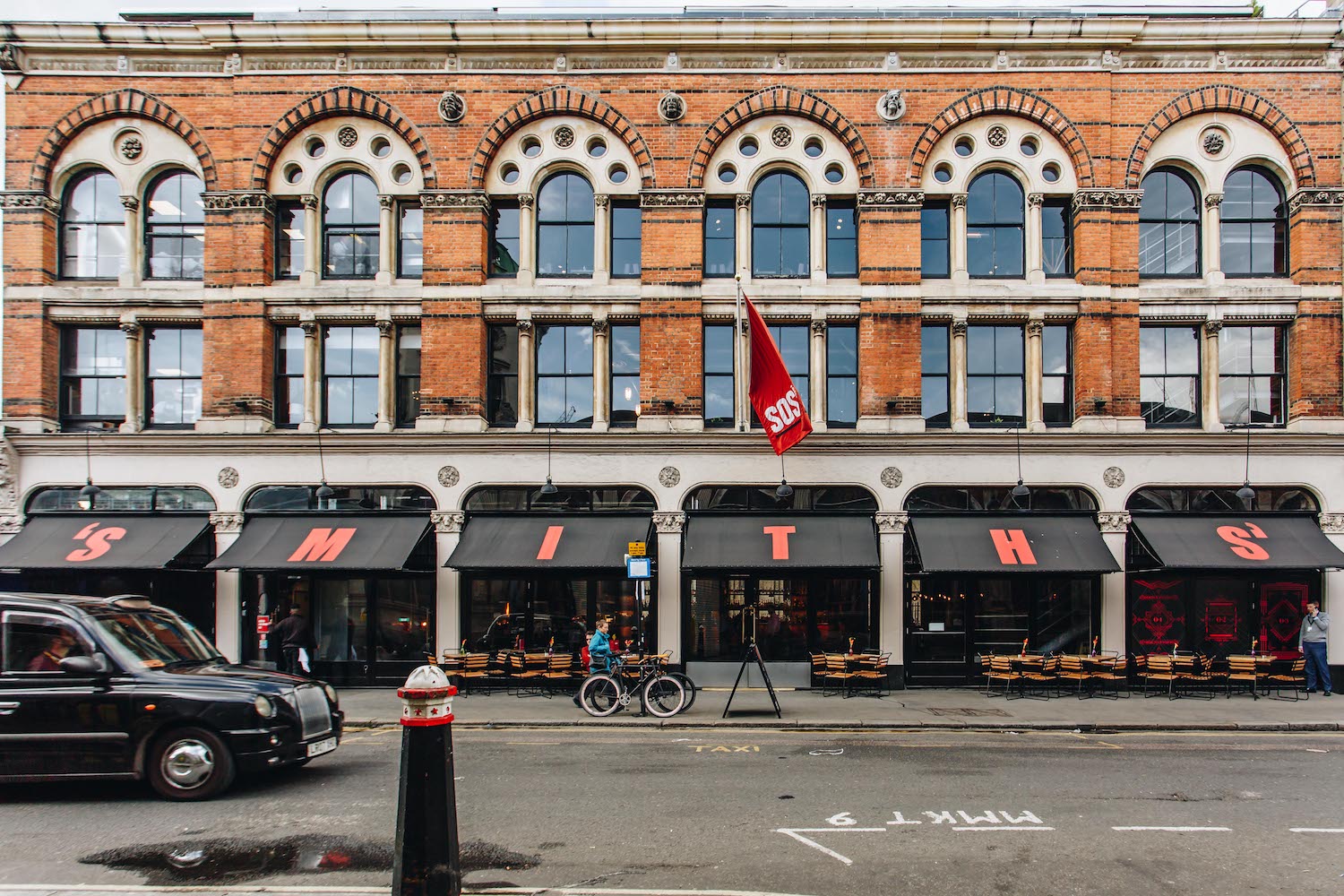 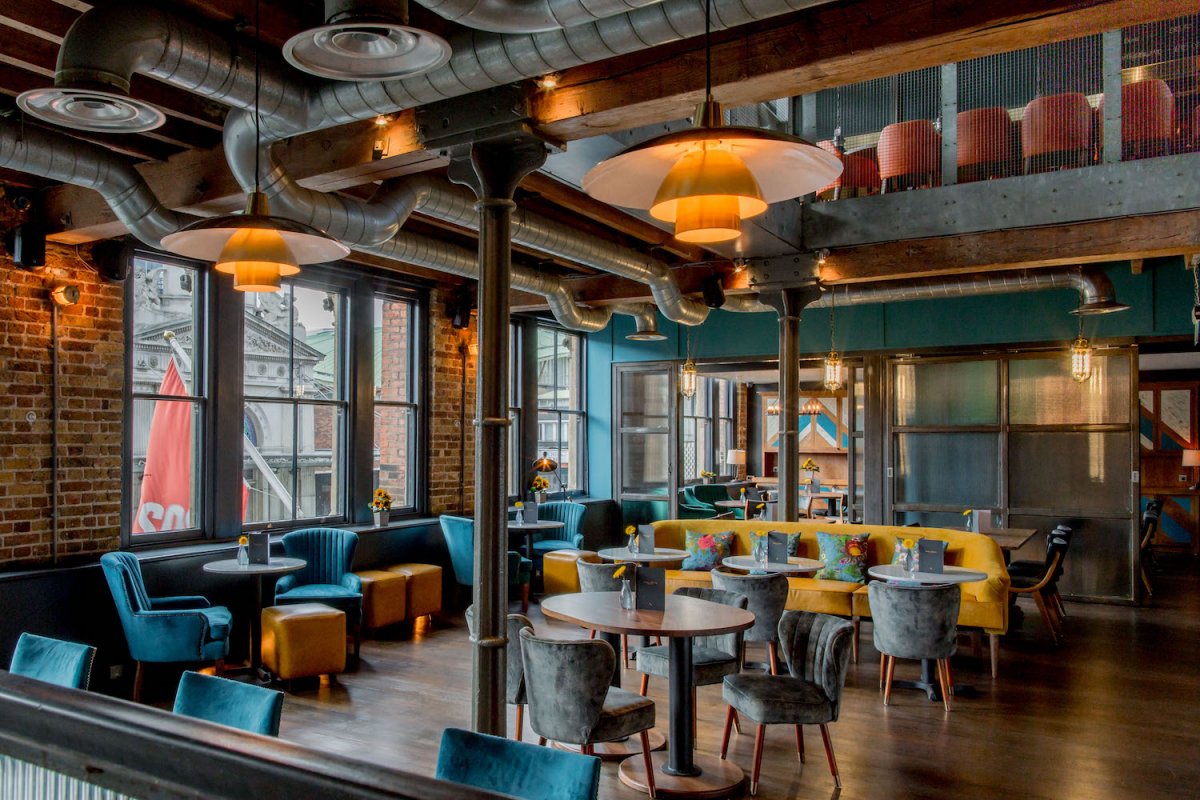 The ground floor looks fairly similar: it’s the menu that’s changed. Although I didn’t eat here, they’re now offering a lighter menu with healthier options (one to try another day, perhaps). In my history of going to Smiths, I’ve never seen anyone on the first floor. For some reason, they never quite worked out what to do with it. With the refurb comes the latest iteration,‘Death + Victory’. No, it’s not a hard rock bar with a live death metal band. It’s a cocktail bar with a concept menu, again I didn’t try it on this occasion, but time will tell whether this will finally be offering that gets people up the stairs (it does look nice, see photo above).

Smiths of Smithfield: The Grill 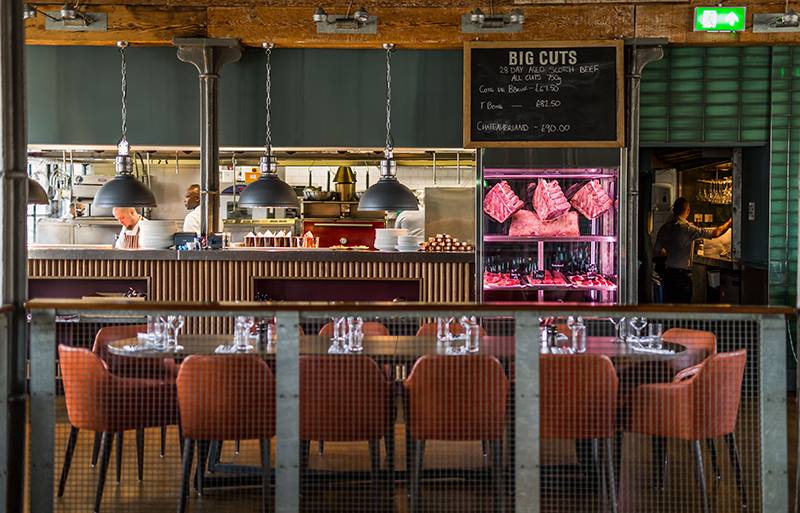 Finally, to the floor I was here to review. At first glance, the main restaurant at Smiths looks fairly similar but on closer inspection, plenty has changed. The room is much lighter and brighter than before; the furniture has been updated and there are booths running down the market side of the building. The staff now wear matching aprons and there’s large hunks of meat on display as well as a whiteboard with the special cuts crossed out as they sell, unsurprisingly there’s also a new name for the second floor; ‘The Grill’. So far so good, the refurbishment seems to have been predominately about updating and refreshing whilst the space and atmosphere of the original restaurant stays largely untouched. But what about the food?

Smiths of Smithfield: The Food 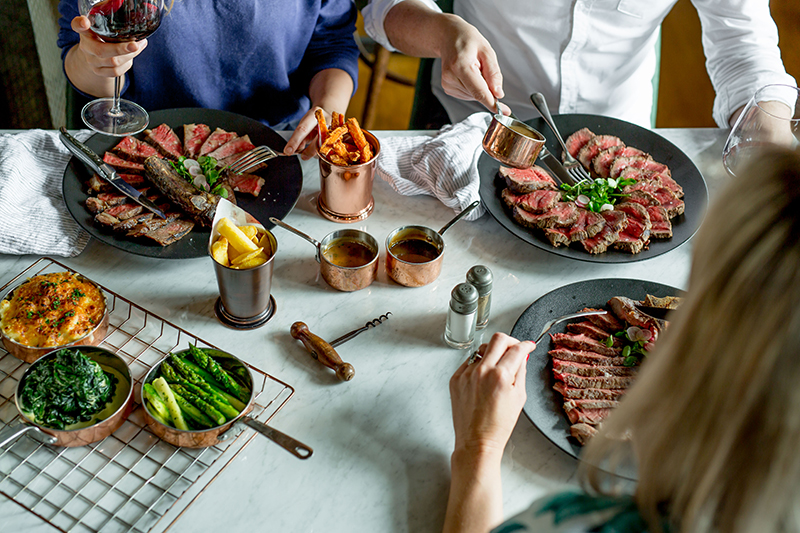 We shared starters, firstly a Devon crab and Markham Farm asparagus salad with citrus dressing. This was a generous portion of white crab meat with delicious, fresh asparagus. The dressing was really well balanced and didn’t overpower the delicate crab. Not bad for a steak restaurant. Meanwhile, our second fish starter (there was plenty of meat to come) were seared Cornish scallops smashed new season peas, smoked bacon loin crumb, and lobster sauce. Yes, this isn’t a menu that seeks to revolutionise cooking, but what these starters showed was that Smiths had stayed true to what made it popular: simple cooking with strong flavours and a familiar menu. 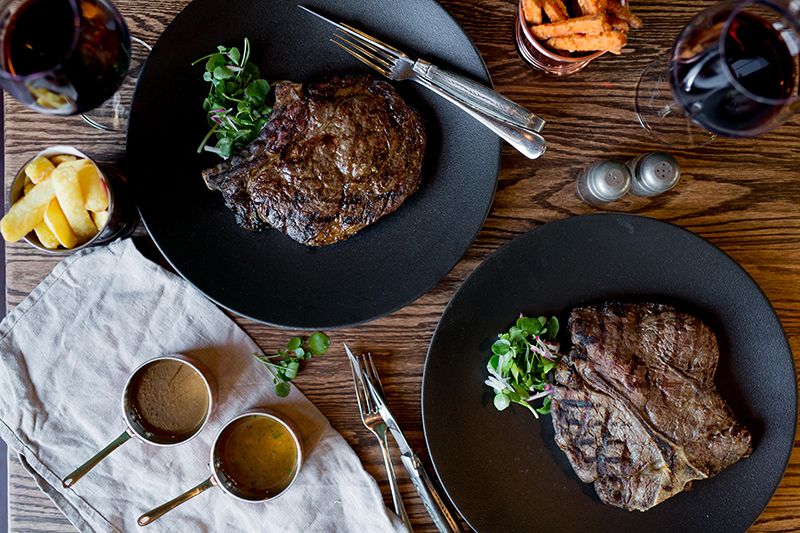 Now, usually when reviewing it’s good to try a couple of different dishes on the menu. However, when you have a 16oz, 28 day aged Scottish bone in ribeye available, the rules go out the window. Ultimately most people will come to The Grill for steaks, so we both ordered ribeye and hoped for the best.

Here’s the truth: the steak I had was much better than any steak I’ve had at Smiths before. Before this refurb, the steak selection on offer was much more limited. Now, I was faced with a perfectly cooked ribeye on the bone. The meat had just the right amount of char on the outside whilst staying juicy and tender in the centre. The triple cooked chips were that rare thing where you could actually tell they’d been triple cooked, with a hard crunchy shell encasing soft potato. The waiter was knowledgable about the meat which isn’t actually from the market next door, but instead sourced from carefully selected farms. That attention to detail pays off with what, for my money, is now one of the best steak restaurants in the area.

Smiths of Smithfield: The Verdict 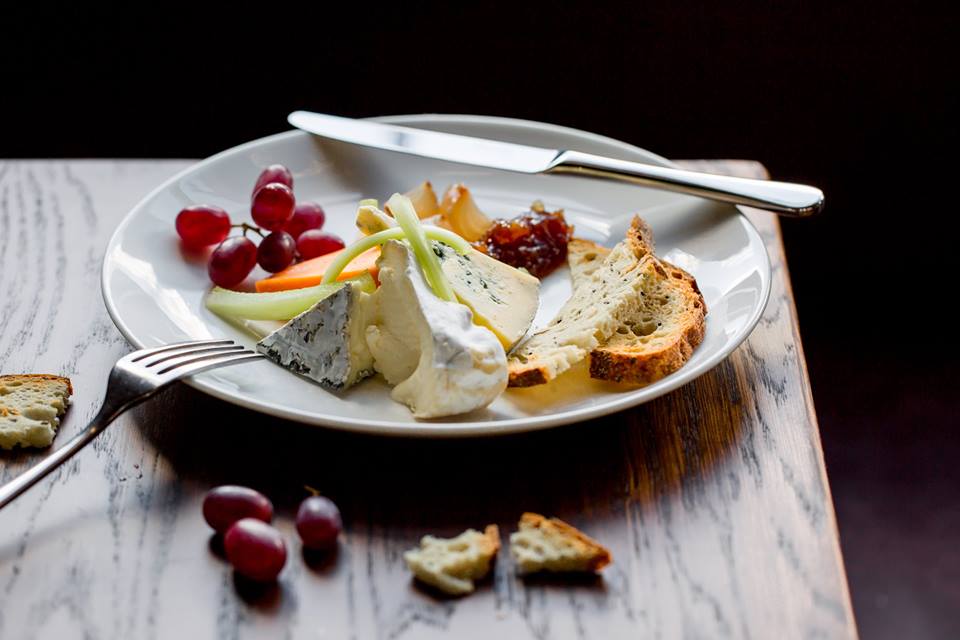 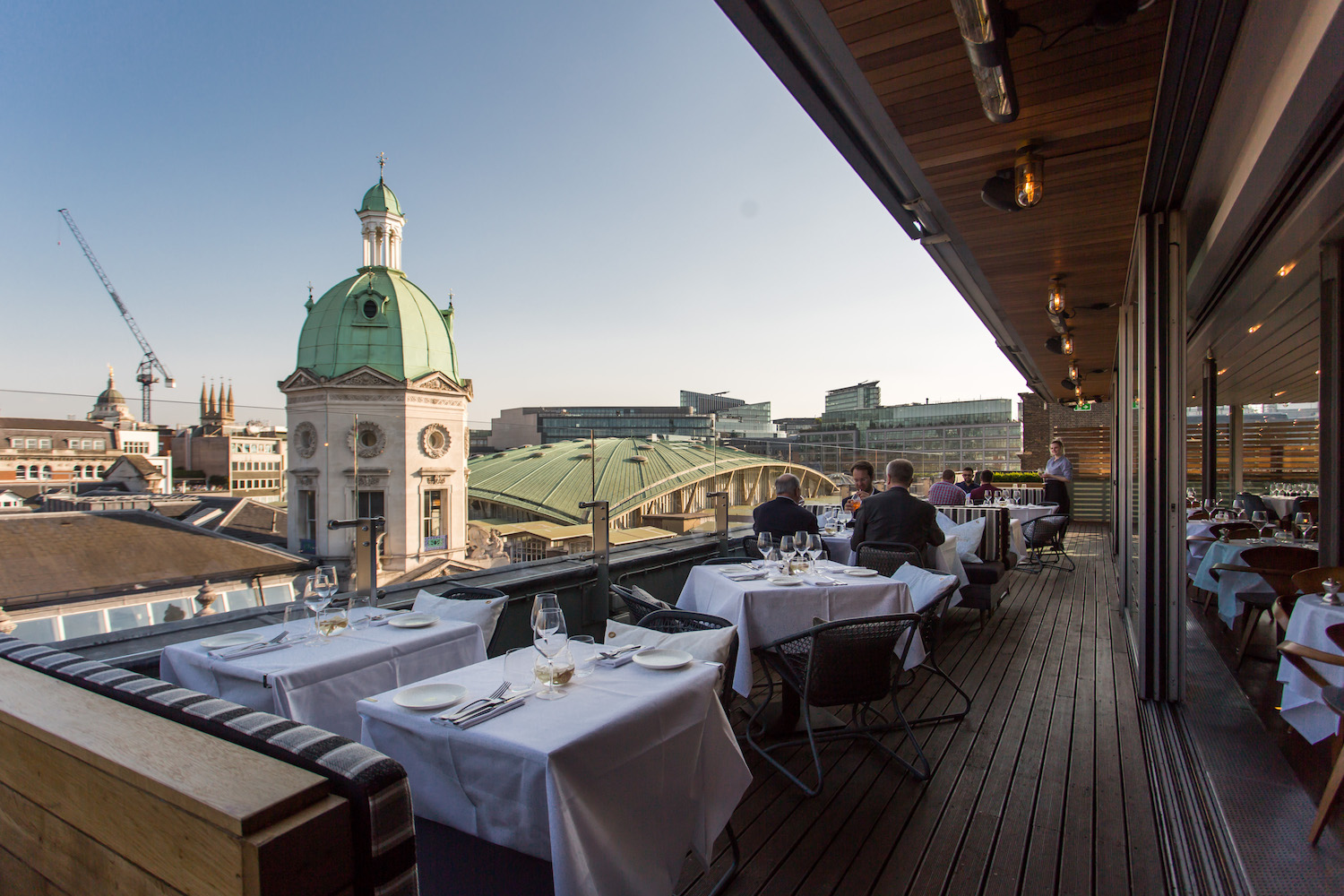 Pleasantly surprised and cheese board polished off we popped off to have a look at the top floor. This has lost a lot of the pretentiousness from before and is now just a slightly swankier version of the restaurant below. They have even more meats on offer including plenty of sharing cuts. The balcony up here is worth the trip upstairs alone; speaking to the staff there’s a real energy and enthusiasm driven by the clear investment by the new owners. Indeed, many of the staff have remained the same, which can only be a good sign. All in all the new Smiths is brighter, lighter, just as fun, and with even better steaks. Take a bow Youngs.

For more information on Smiths of Smithfields, visit the website here.