Food / Features / News / About Time: You Got Vegan Domino’s Delivered

About Time: You Got Vegan Domino’s DeliveredBy Angelica Malin

You heard it here first (maybe): truckloads of fresh veggies and vegan dough balls have been delivered to 1,200 Domino’s stores as thousands of pizza chefs to get to work as the nation’s best loved pizza rolls out it’s much anticipated vegan pizzas across the UK. Here’s the lowdown: 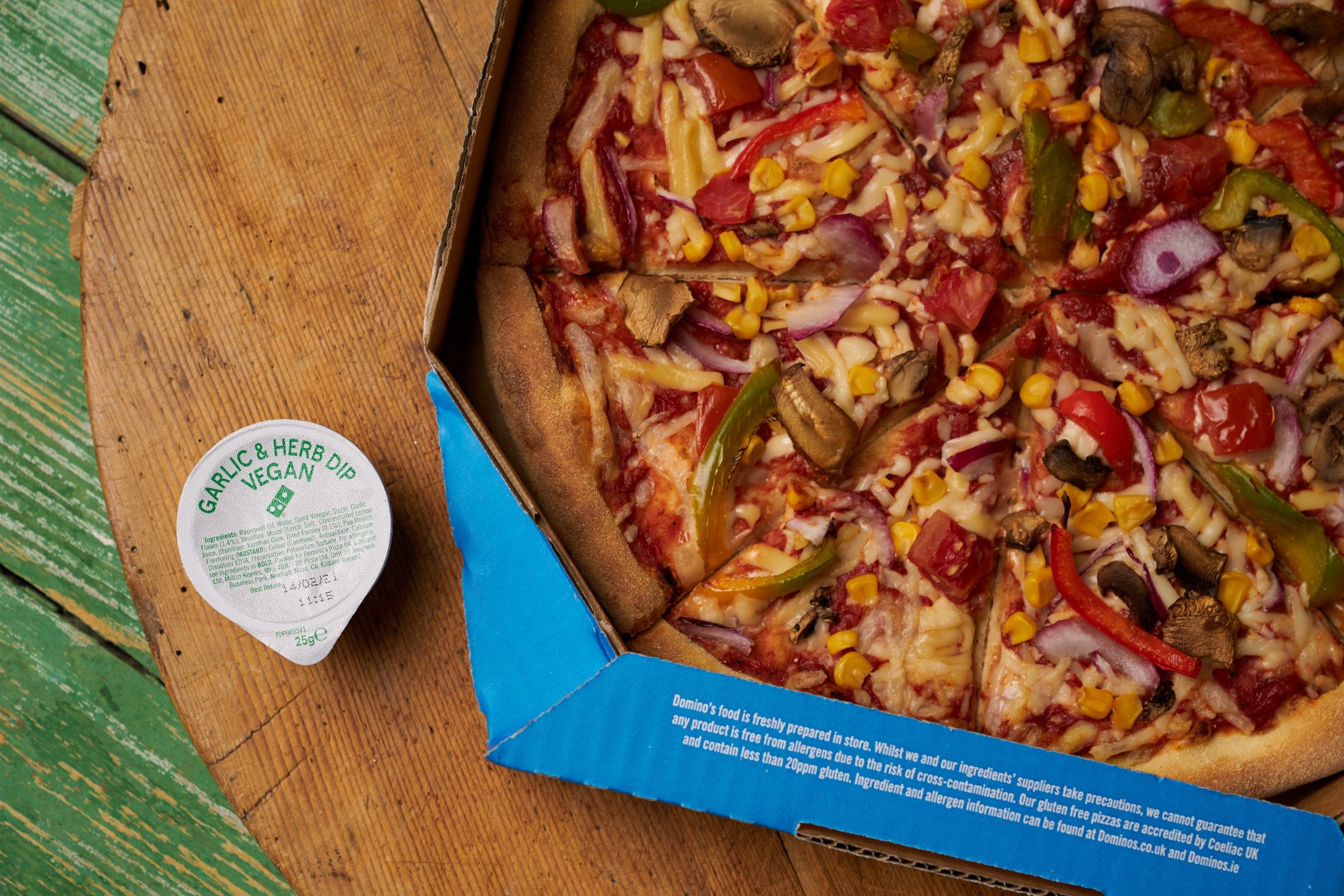 Following a successful trial at 46 stores earlier this year, two delicious pizzas have been added to menus nationwide: the Vegan Margherita is made using the signature vine-ripened tomato sauce, Domino’s own vegan cheese alternative, and is topped with freshly diced tomatoes and a generous scattering of Domino’s unique herb blend, while the Vegan Vegi Supreme stays true to the much-loved original, adorned with a rainbow of delicious and fresh vegetables, including mushrooms, sweetcorn, onions, green and red peppers. 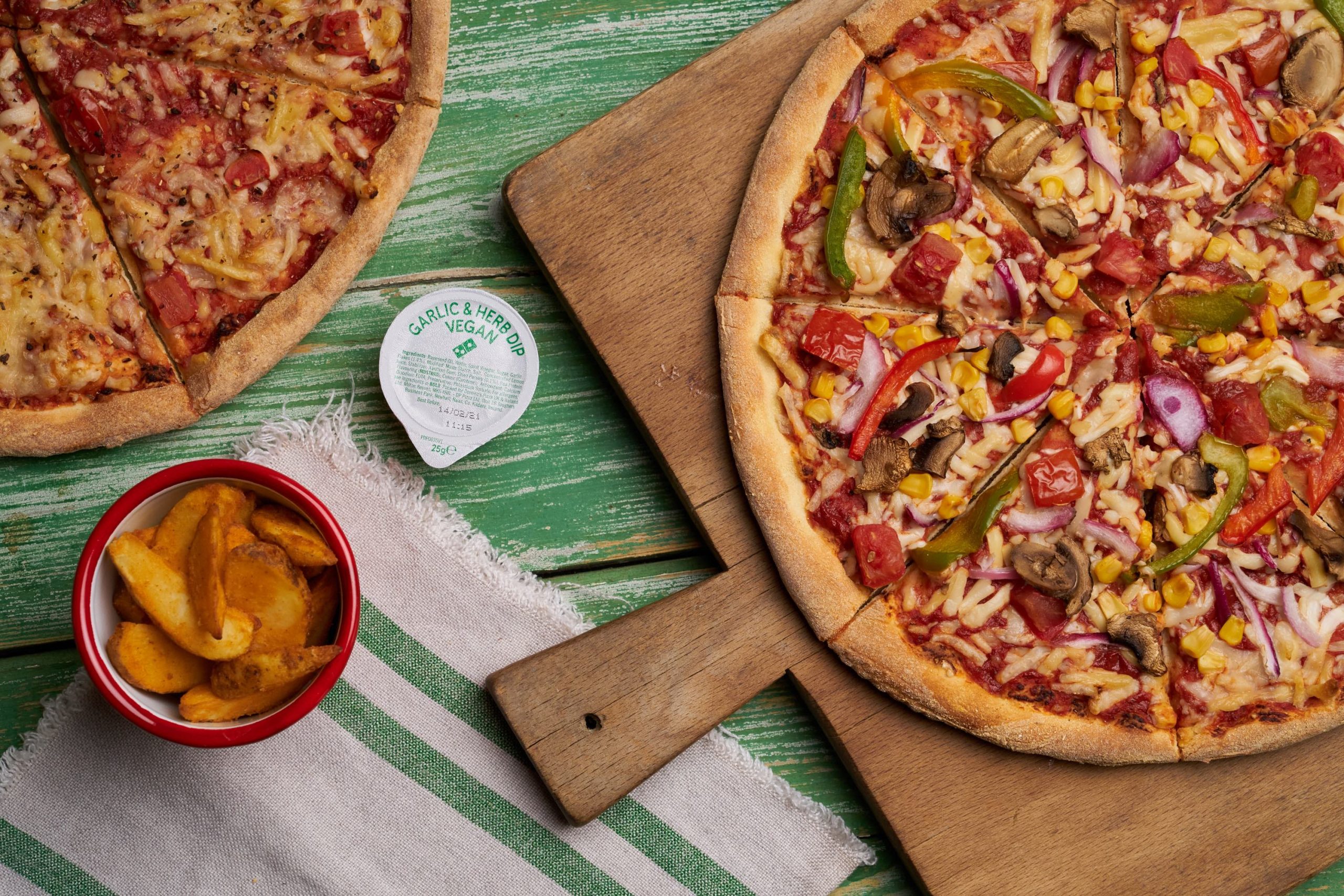 During the trial, Domino’s new vegan fans challenged the pizza company to create a version of the favourite Garlic & Herb dip.  And now their prayers have been answered – Domino’s have created a vegan friendly version of the dip so vegans everywhere can enjoy the full dunking experience too.

Melanie Howe from Domino’s said: “Domino’s may not be the first, but following fantastic feedback from our recent trial, we’re confident ours tastes the best. Our pizza chefs have been tucked away in test kitchens perfecting the recipe to ensure our vegan friendly range recreates the unique magic of Domino’s famous original dough. Of course, nothing says Domino’s like our Garlic & Herb dip, so we’re proud to have perfected a worthy equivalent of the legendary pot so our vegan fans can also dunk or drizzle to their hearts’ content.”

The Domino’s vegan friendly range is available in stores across the UK and ROI now and can be ordered online on www.dominos.co.uk / www.dominos.ie.