It’s about time you tried Pret’s new Autumn menu – here’s what you need to know:

Pret A Manger today announces an extensive autumn menu launch, including several new hot food items -following a huge spring launch earlier this year, the company is today introducing 24 new items to shops, with a focus on hot food. The launch includes Pret’s first range of toasted focaccia and lunchtime omelettes. The soup menu has been updated with nine new recipes and two sweet treats have been added to the bakery counter. The new menu aims to offer customers a wider choice of hot food, particularly at lunchtime. 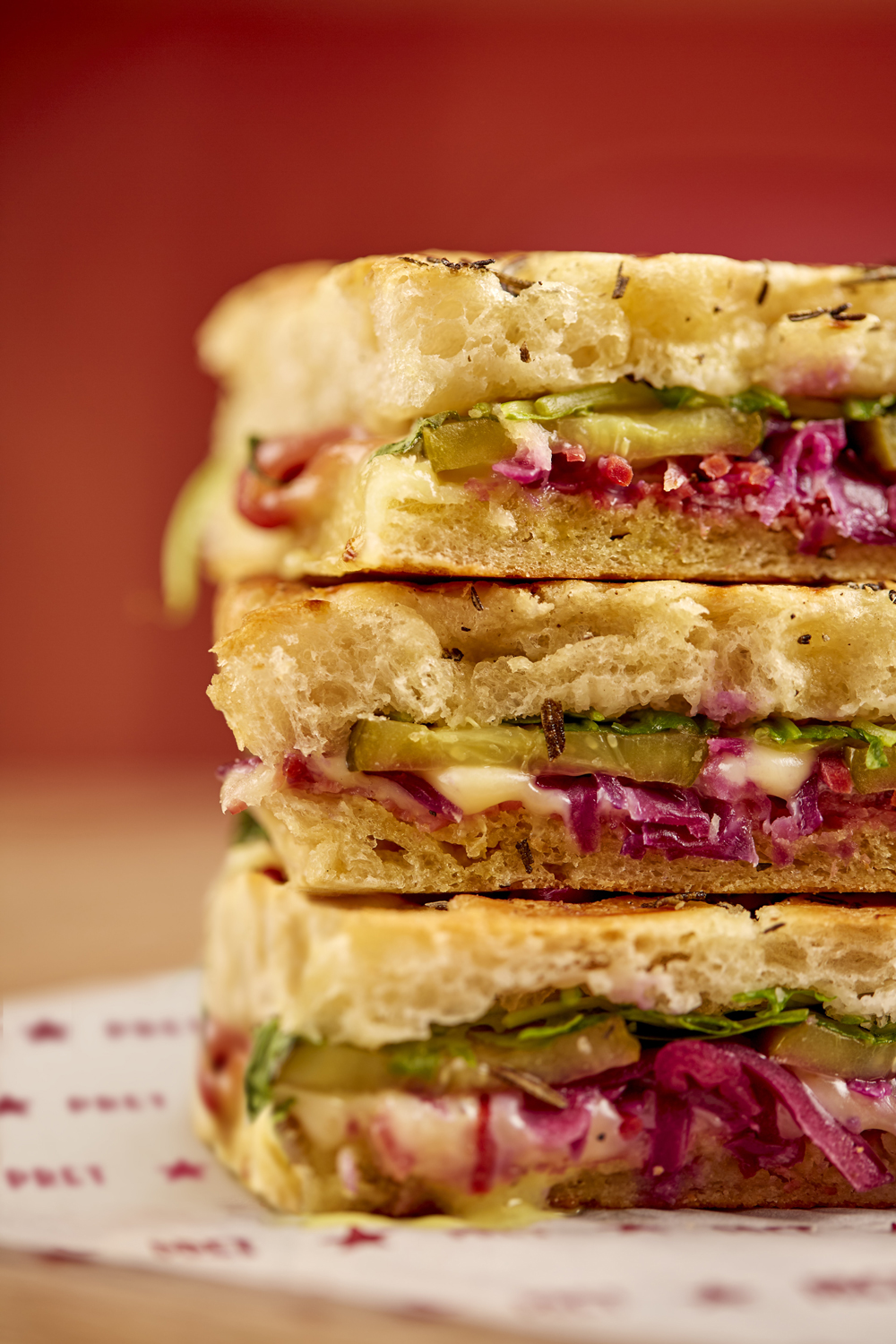 The highlight of the autumn menu is a new range of toasted focaccia. Three combinations will debut on the menu, made on a light, olive oil and rosemary focaccia. The Brie & Bacon Toasted Focaccia pairs creamy brie with streaky bacon, a sweet caramelised onion chutney and spicy rocket, while the Salt Beef & Pickles Toasted Focaccia sees melt-in-the-mouth salt beef topped with nutty Swedish Greve, and crunchy pickled gherkins, finished with a dollop of mustard mayo. The Mozzarella, Pesto & Roasted Tomatoes Toasted Focaccia completes the range, and sees Italian mozzarella from Bologna, combined with pesto, roasted tomatoes and crunchy red pepper. 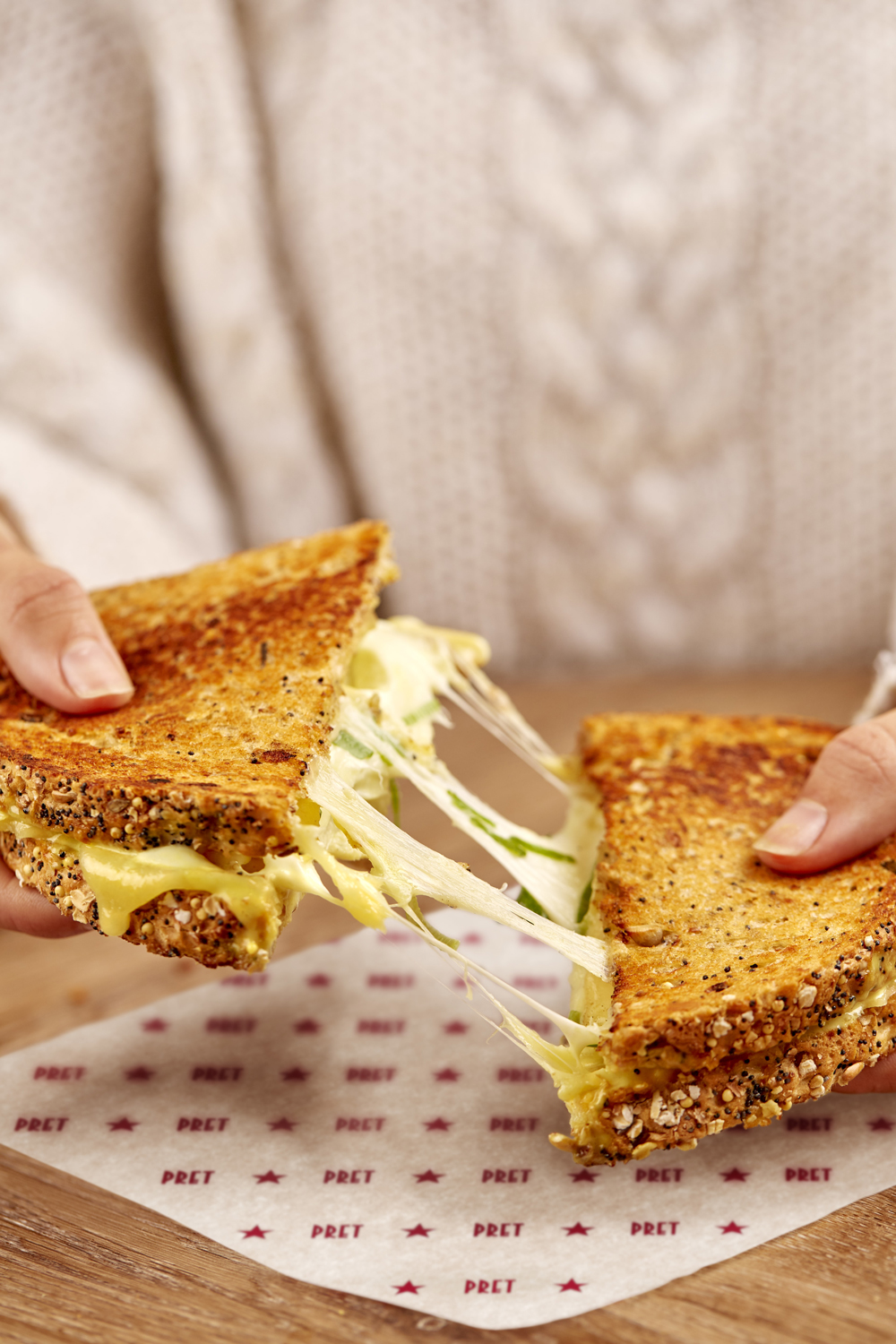 Omelettes were successfully introduced to Pret’s breakfast menu earlier this year, and now two heartier versions have been created especially for lunchtime. The two new recipes, a Spicy Chorizo & Red Pepper Omelette and a Squash, Soft Cheese & Feta Omelette, are both made with egg white for a fuelled light lunch. Pret’s Breakfast Omelettes will also now be made with egg white only. There’s also a new salad on the menu – Roast Squash, Pecans & Feta Dressing Salad – and a Mexican Sweet Potatoes Wrap making a debut, plus a Classic Cheese & Spring Onion toastie.

Nine new recipes have been introduced in a shakeup of the soup menu, including four vegan options. This includes the return of the popular Mushroom Risotto, which featured on the menu three years ago. The recipe has now been made vegan – so that even more customers can enjoy it. 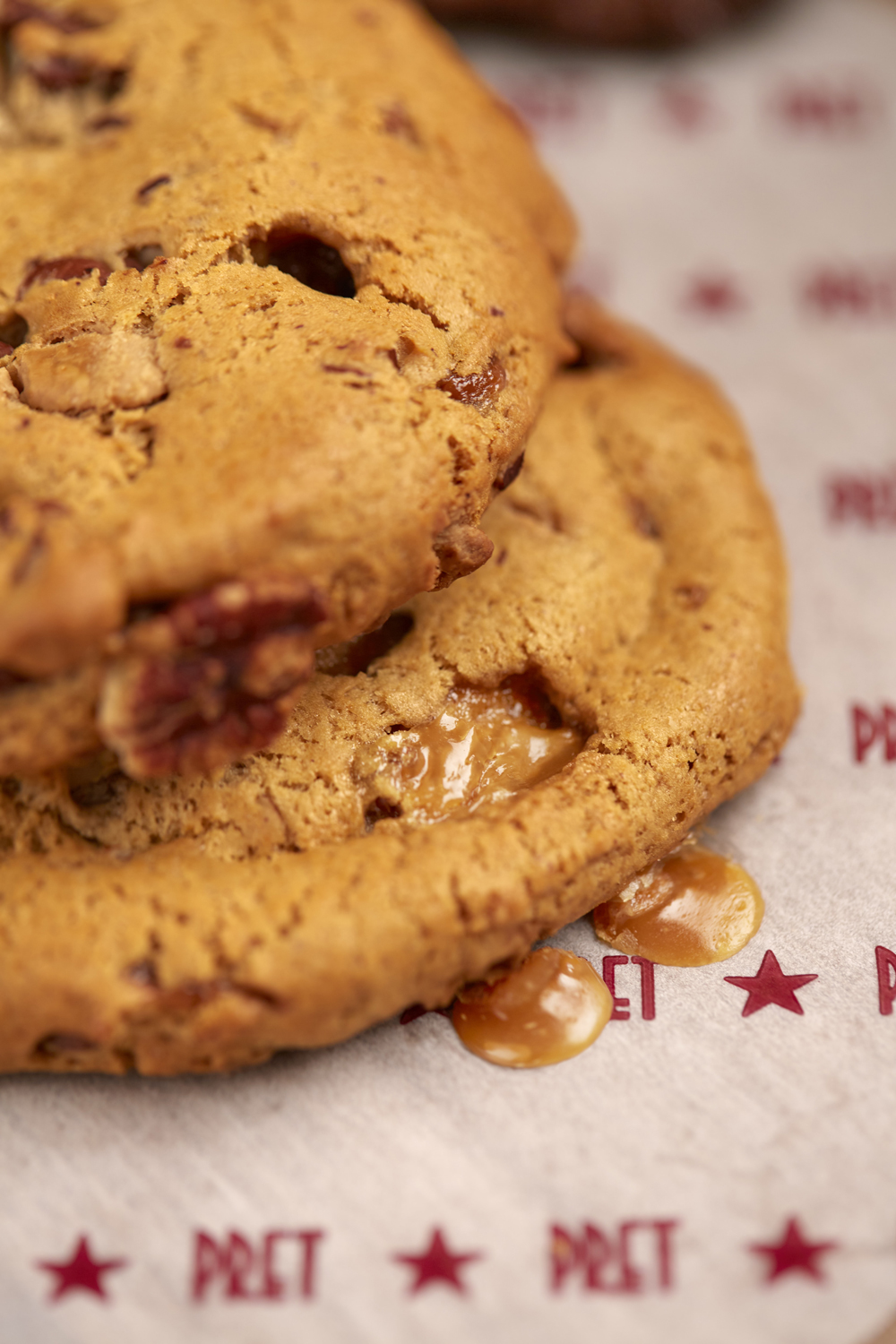 To satisfy afternoon snack cravings, two new sweet treats are welcomed to the bakery counter, including a Ginger Snap Biscuit and Pret’s Pecan & Caramel Cookie, made with chunks of pecan, caramel, toffee and white chocolate.

In terms of drinks, the popular Pumpkin Spice Latte makes a highly anticipated return to the menu. The Pure Pret Cans have also been given a makeover, with two new products, Rhubarb Lemonade and Ginger Kombucha added to the range.

The new menu will be available in shops from 8.30am on Tuesday 10 September. More information can be found on Pret’s social channels (@Pret on Twitter; Pret A Manger on Facebook and @Pret on Instagram) and on the website (www.pret.co.uk).