The best thing about a wet British winter? The prospect of rhubarb season. We love rhubarb so much we went all the way to Wakefield for the Yorkshire rhubarb festival and the finest, pinkest forced fruit we ever did see. Luckily there are some top rhubarb desserts nearer to hand – and here is our top 10 of London’s best pies, crumbles, tarts and pastries, all pretty in pink.

Best Rhubarb in Dishes in London: For Breakfast Rhubarb 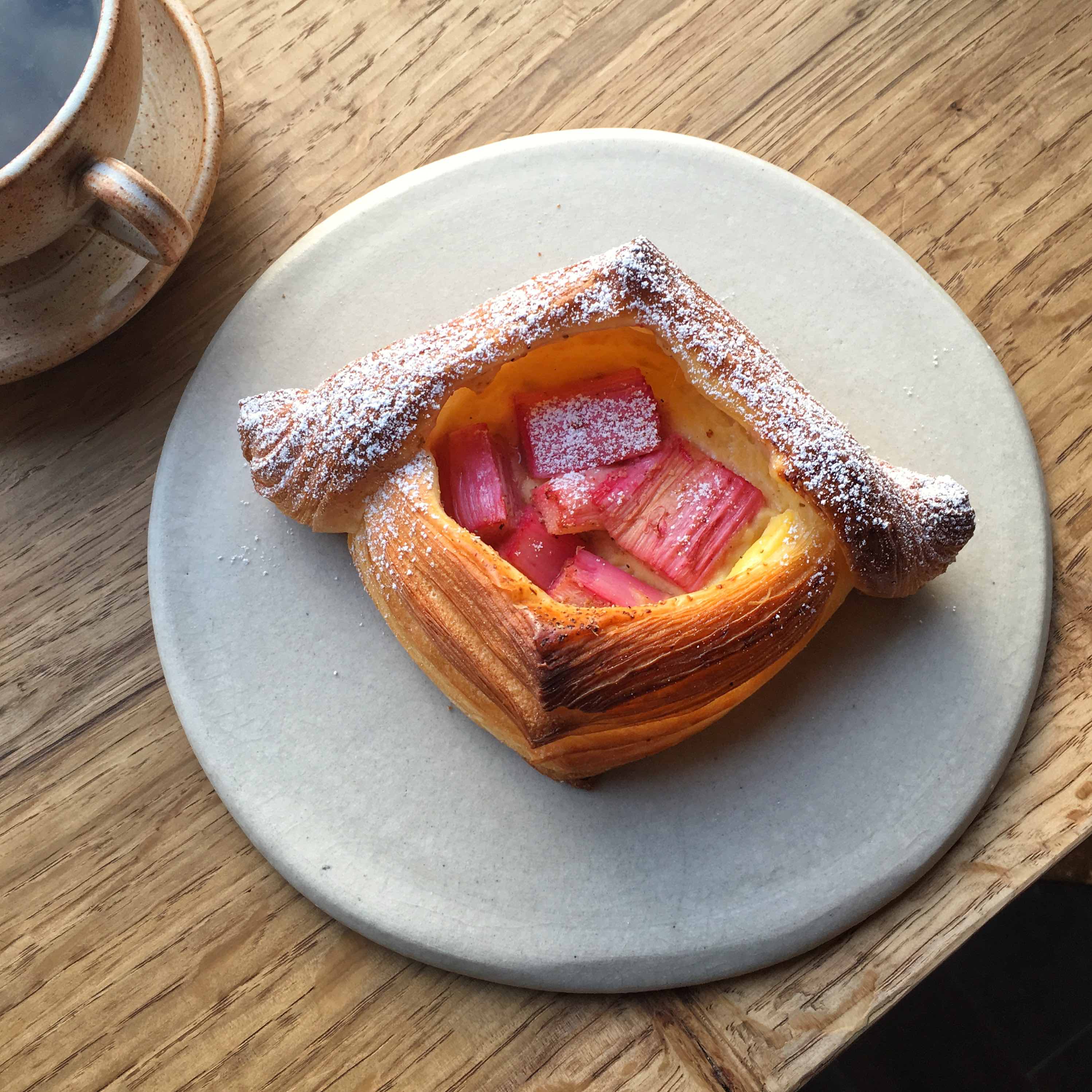 The Run-Down: The excellent newcomer Popham’s Bakery is already an Instagram darling, not least because of its many layered, perfectly flaky croissants. The spring special (which may have had a tiny something to do with me) is a rhubarb and cardamon custard croissant, and very delicious it is too. 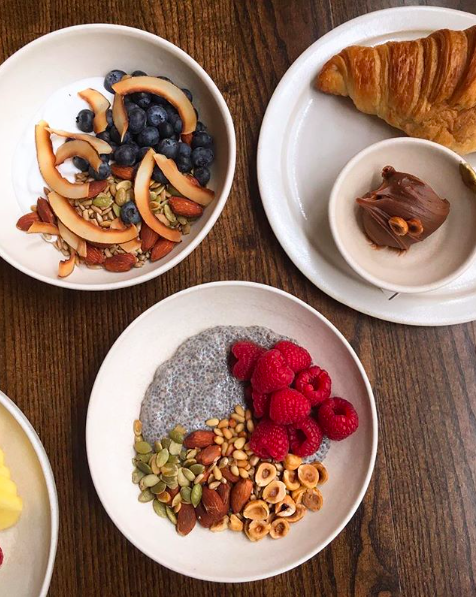 The Run-Down: Luca restaurant has just started a breakfast menu; as well as salt cod with soft boiled eggs and a warm foccacia stuffed with spinach and smoked ricotta, there is a rather pretty chia bowl with poached rhubarb and toasted nuts. 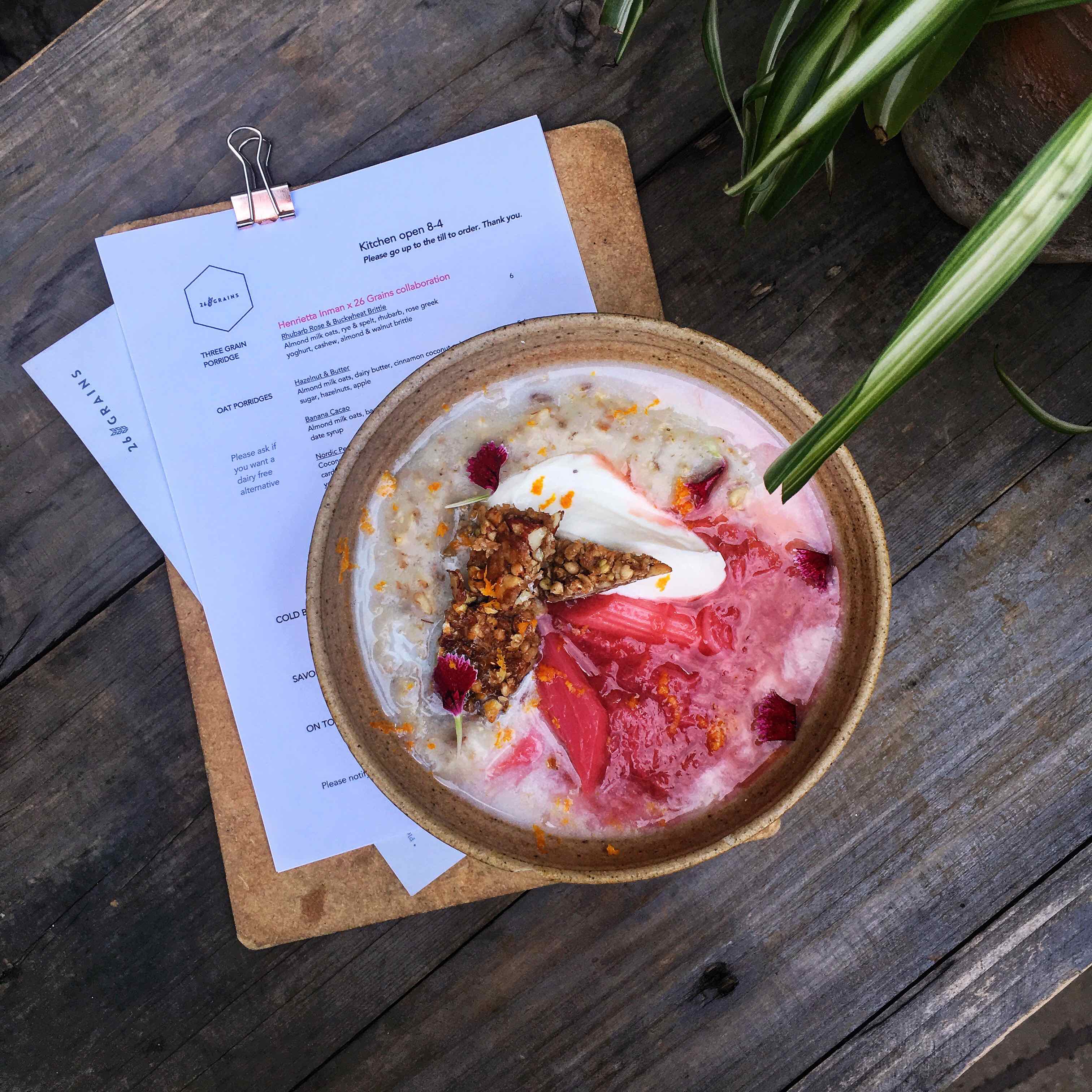 The Run-Down: 26 Grains has a special collaboration in March with pastry chef and author Henrietta Inman and it’s a winner – 3 grain porridge topped with rhubarb and a crunchy buckwheat nut brittle. 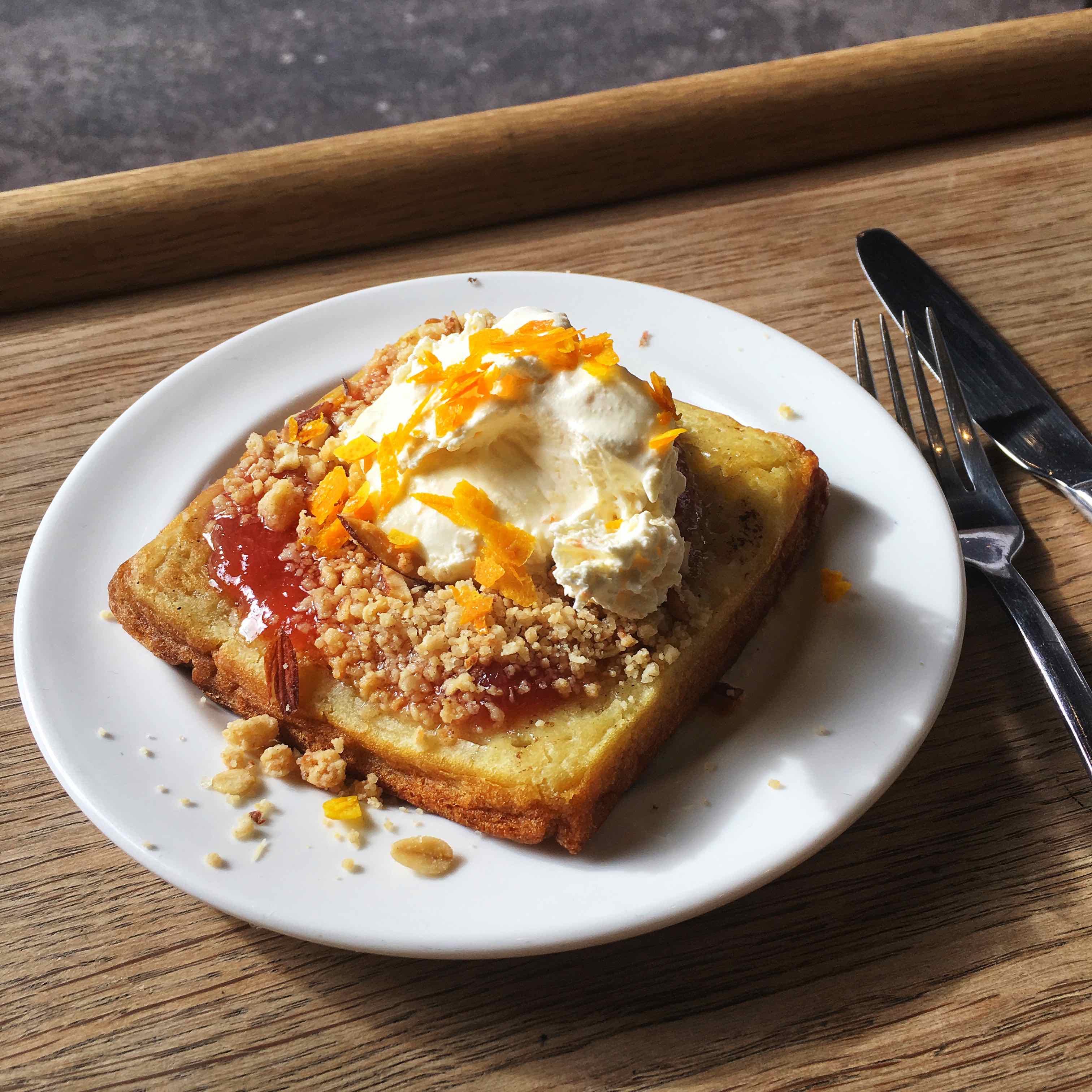 The Run-Down: Head to Good and Proper Tea in Farringdon for this month’s crumpet special, from Kylee at Newton and Pott: rhubarb hibiscus jam on a sourdough crumpet with crumble and whipped cream. Pudding for breakfast? We heartily approve.

Best Rhubarb in Dishes in London: For Rhubarb Desserts 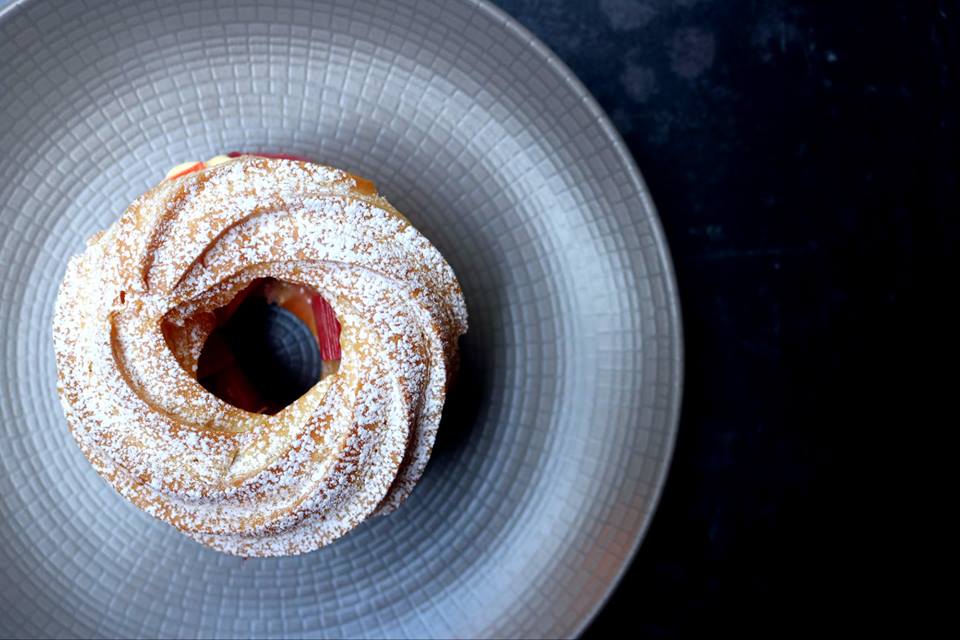 The Run-Down: Chantelle Nicholson at Tredwell’s has produced a magnificent choux bun, the pastry crisp and light as anything, filled with clouds of whipped cream, custard, poached rhubarb and rhubarb jelly. It’s as blissful as it looks. 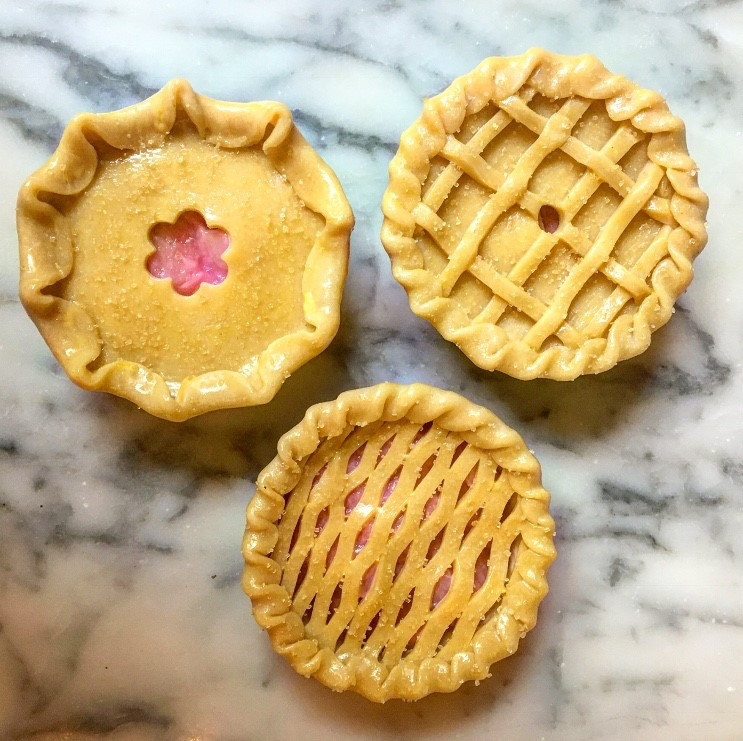 The Run-Down: Holborn Dining Room is pretty much heaven for pudding lovers. Whatever you do, order the rhubarb pie with its lattice top and pastry so tasty you could be happy eating that on its own. It comes with ginger ice cream on the side but we recommend going off menu and ordering a jug of custard. Pie and custard – not much could be wrong with a day where that happens. 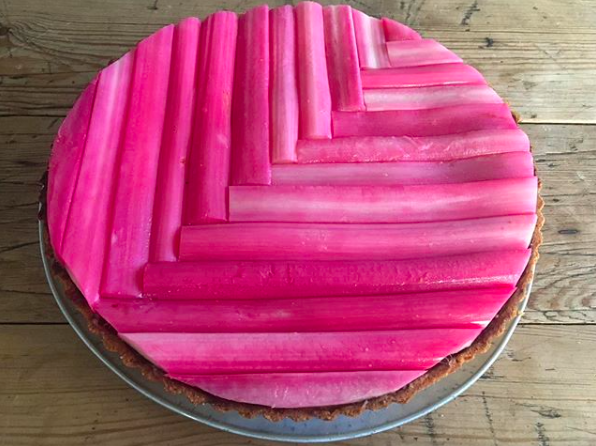 The Run-Down: The chefs at Salon Brixton win star prize for insane rhubarb geometry with their brilliantly composed mosaic-like rhubarb almond tart. Definitely not a case of style over substance, the pastry has that perfect biscuit crunch, the frangipane is rich and the rhubarb holds its shape. 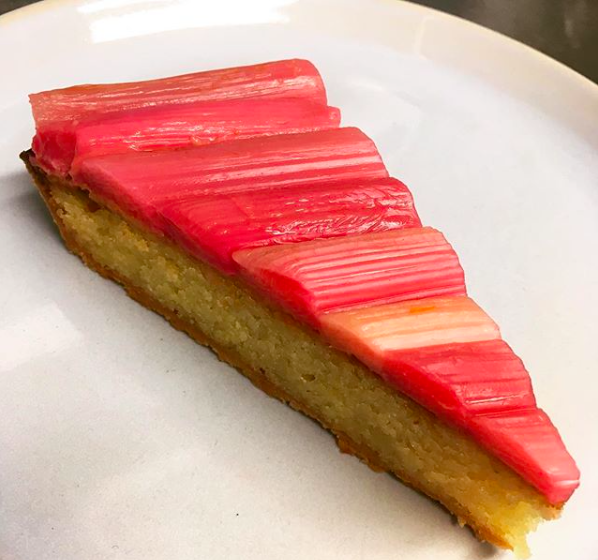 The Run-Down: Lorne Restaurant in Victoria has produced another tart which displays pretty awesome knife skills. Rhubarb and frangipane again appear in perfect harmony, a pudding so good it’s worth a detour to Victoria for this alone. 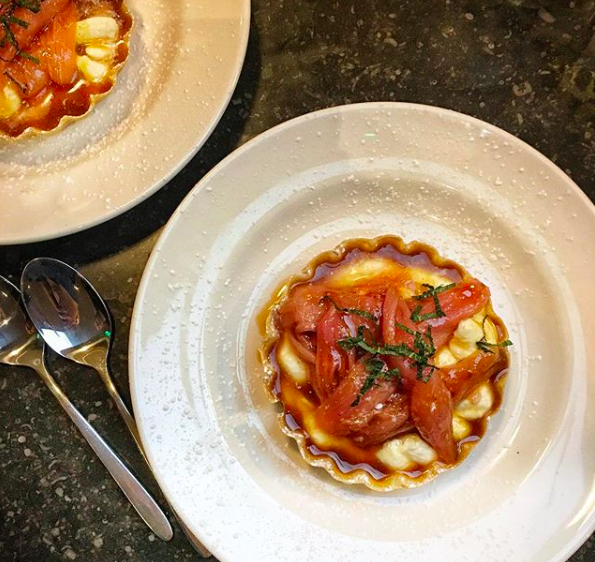 The Run-Down: Nieves Barragan’s wonderful new Sabor restaurant is already winning five star reviews and for good reason – not least for the sleeper hit on the menu, the rhubarb and mascarpone tartaletta. The pastry is impossibly thin and crisp, and we honestly have no idea how it manages to contain the creamy, luscious filling and jammy rhubarb without collapsing, but – skills. 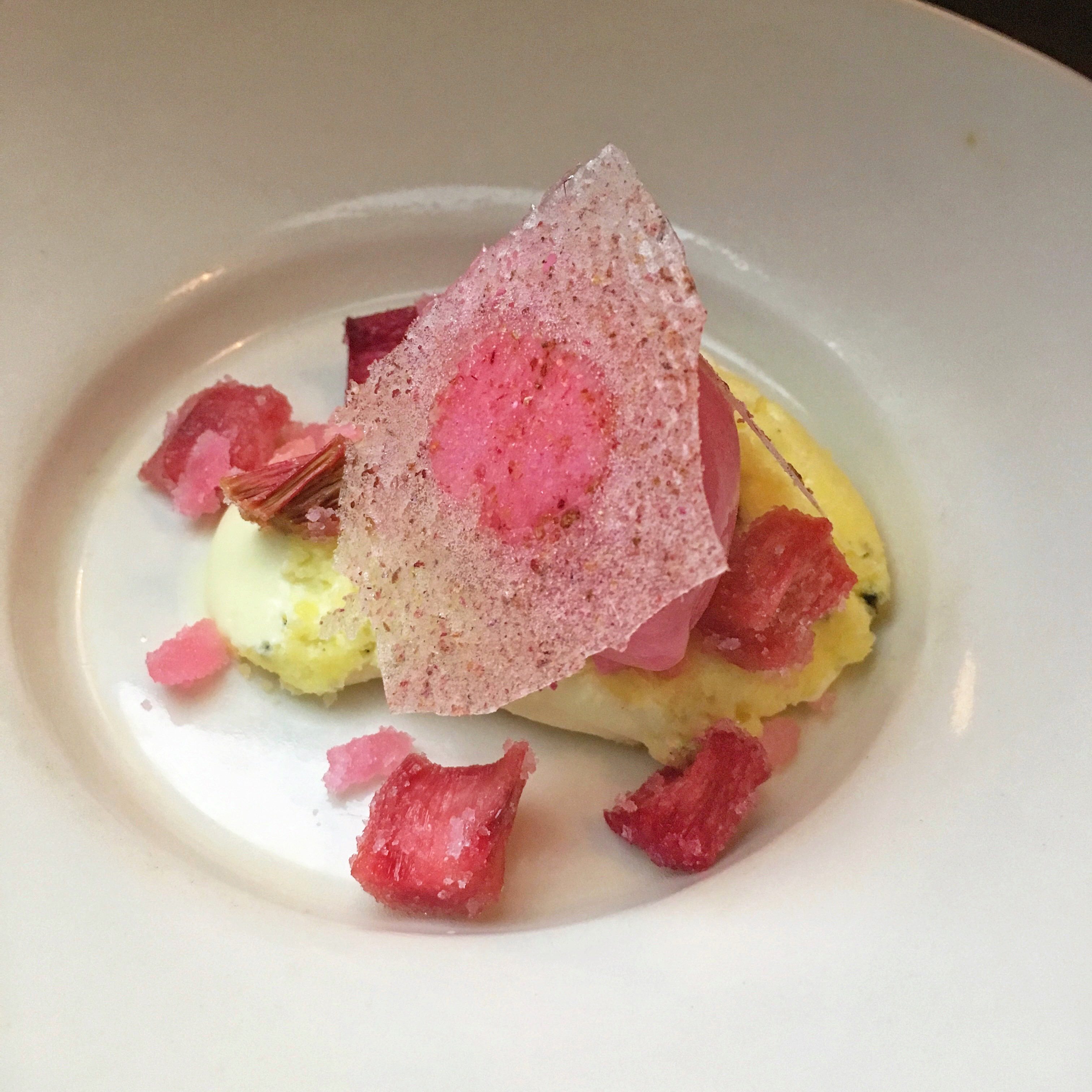 The Run-Down: Lyles has a new bar menu. As you might imagine many good things feature on a Michelin-starred bar menu, which changes daily – but we make a beeline for the baked cream and rhubarb, an unassuming name for a quietly wonderful dessert. Rich set custard topped with a rocher of rhubarb sorbet and some shards of rhubarb which have almost been crystalised outside, yet stay juicy within.

Best Rhubarb in Dishes in London: 5 More to Try 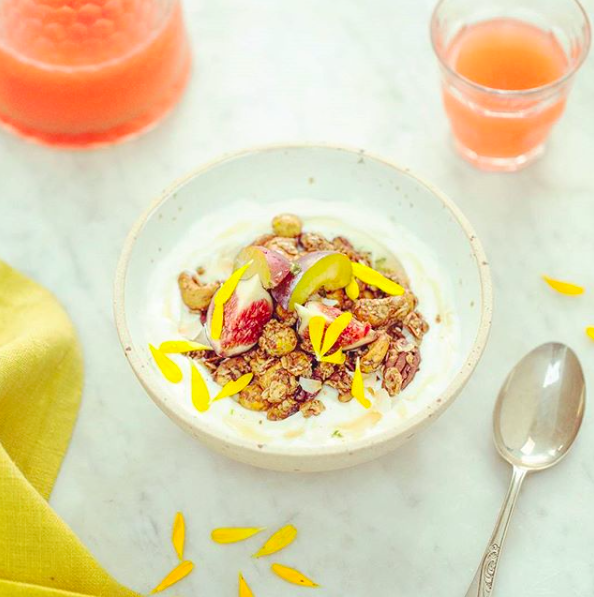 The Run-Down: This month at The Good Egg the breakfast granola made to Oded’s special recipe comes with rhubarb roasted with a touch of rose, served with labneh.

Disclaimer: I am an investor in their crowdfunding project. 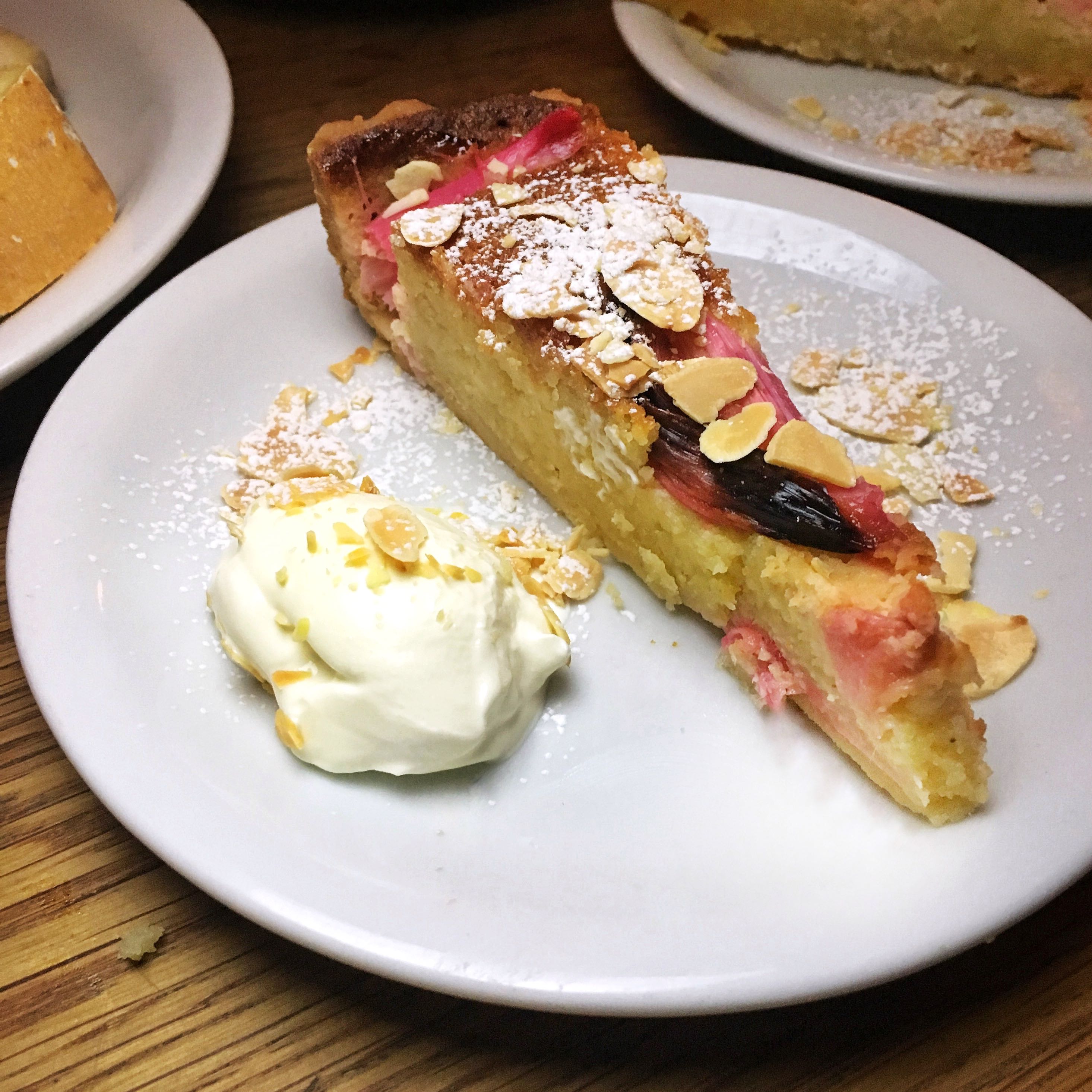 The Run-Down: The current dessert menu at Oldroyd features a rhubarb almond tart which is really rather special – the pastry work at this much loved Islington local is always a highlight. 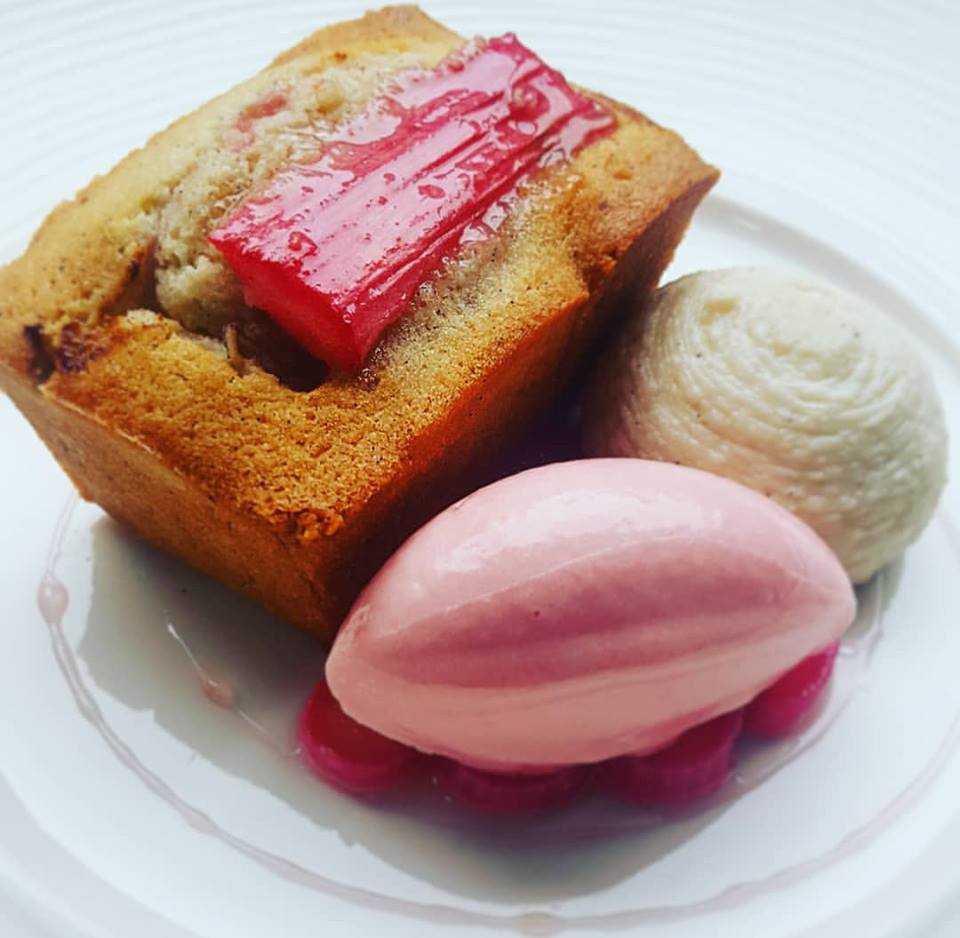 The Run-Down: If it’s special occasion rhubarb you’re after, the Michelin-starred dessert menu at Outlaws features a rhubarb sponge with almond cream and rhubarb, and ginger sorbet on the side. 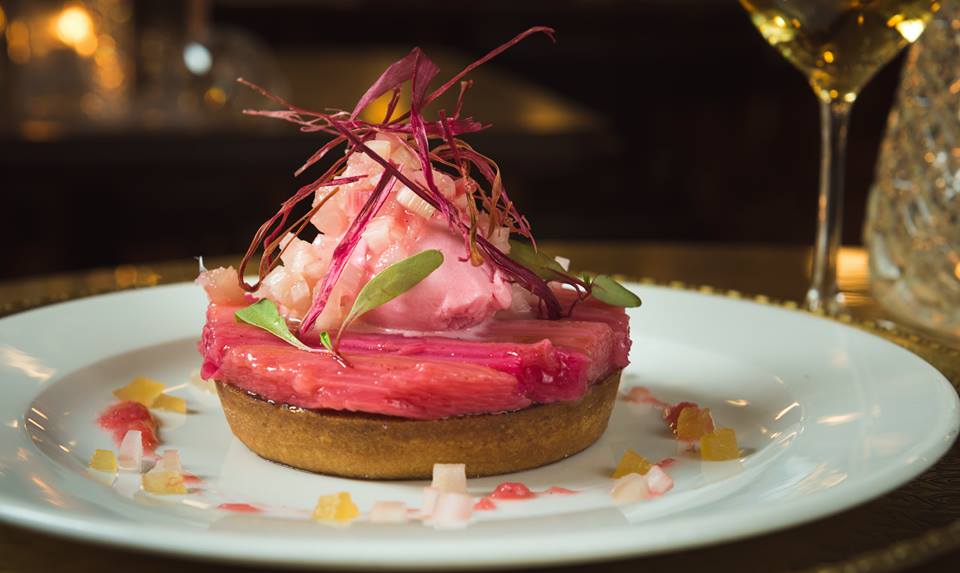 The Run-Down: For the dessert double whammy at Hawksmoor – there’s a rhubarb tart with custard and stem ginger, and a rhubarb sundae on the menu. Double the rhubarb, double the fun. 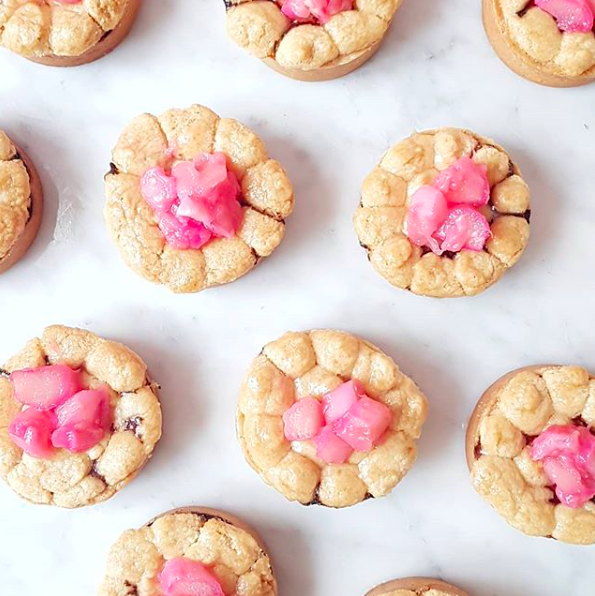 The Run-Down: Swing by Lily Vanilli’s stall at Old Spitalfields Market or on Sundays at her Columbia Road bakery – and if you are lucky, you may spy her perfectly formed little rhubarb crumble tarts, as delicious as they are beautiful.

About Time: You Discovered the Best Speciality Supermarkets in Chinatown London