Drink / Columns / About Tea Time: 5 of the Best Green Teas From China

About Tea Time: 5 of the Best Green Teas From ChinaBy Sam Holder

Green tea is all about keeping it fresh. The vibrant floral and grassy flavours, intoxicating perfume and lingering sweetness all vanish if you wait too long. It’s a blink-and-you’ll-miss-it season where green teas really shine, just a few months immediately after picking and processing, and we’re right in the middle of the sweet spot.

Many of us have endured traumatic experiences with green tea. There are few greater culinary horrors than a lip-puckeringly bitter over-brewed green. The pungent medicinal ‘flavour’ of the cheap stuff left stewing for hours at Chinese restaurants (who really should know better) is enough to lead a hardened drinker to abstinence. But if you haven’t already, it’s about time you gave green tea another chance. 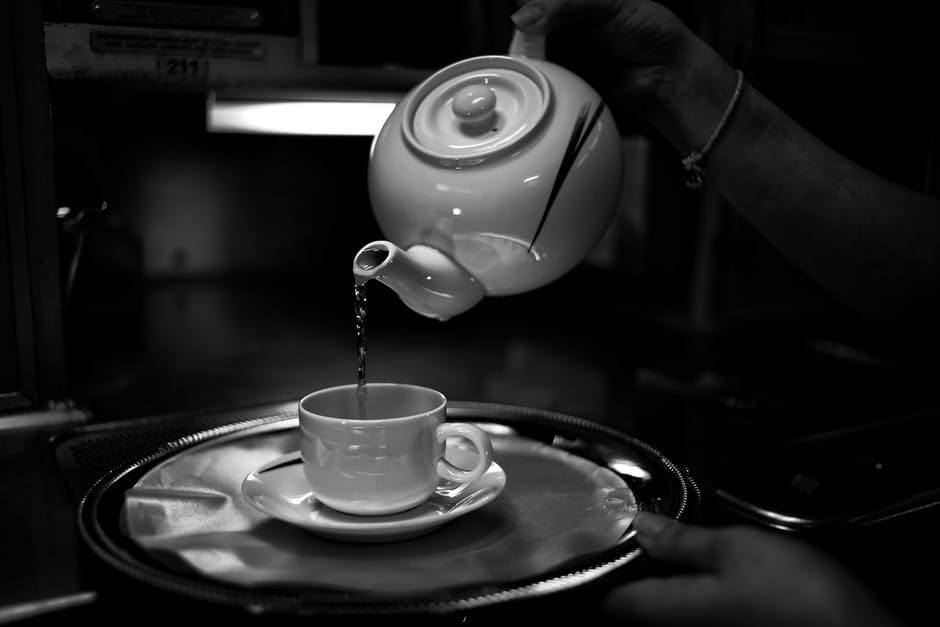 It has, after all, been drunk for literally thousands of years, making it almost certainly the original brew. And like all great things of Chinese origin, there’s a great folk legend behind its discovery.

The mythical demi-god farmer Shennong, renowned for both inventing the axe and pioneering the use of boiled horse urine to preserve seeds, is credited with being the very first person to sit down and have a cuppa.

Fortuitously for caffeine fiends around the world, a couple of leaves from the Camelia Sinensis plant were whipped up by the wind and plonked gently into his bowl of recently boiled water. Pleased with the pleasant taste, he spread word to his followers and soon everyone from Shanghai to Shenzen was trying out this new novel-tea. 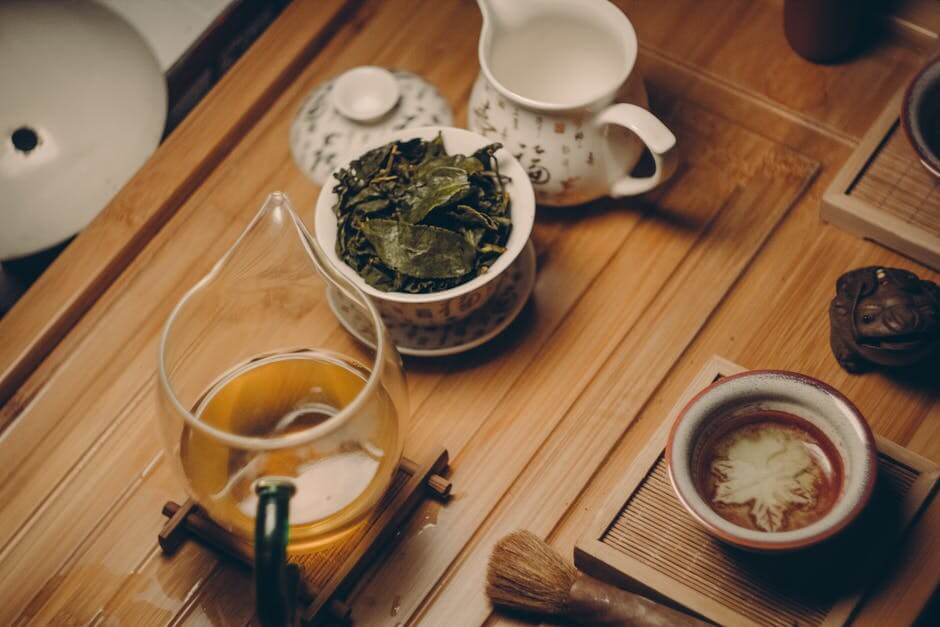 Nowadays there are two main rivals in the green tea arena. The undisputed heavyweight champion is China, producing a whopping 80% of the world’s supply. The challenger is Japan (at around 10%), whose teas have seen a huge increase in popularity in Europe and North America over the past decade. We’ll take a look at the best Japanese green teas next time, but for now the focus is on the world’s most populous country, and the original green-tea-drinkers.

The best greens from China tend to be delicate and sweet and many have a certain ‘vegetal’ quality, more a hint of fresh asparagus than overcooked broccoli. They can be fantastically fragrant when fresh and some types have a luxuriously silky mouthfeel. The new season versions of the more famous varieties, such as Dragon Well and Anji Bai Cha, can fetch extortionate prices.

Like oolong tea, much has been said about the supposed health benefits of green tea, from helping with weight loss, to preventing cancer and heart disease and so on. Pretty much none of that is medically proven. And contrary to what some people will tell you, green tea is not a herbal tea – it most certainly contains caffeine. 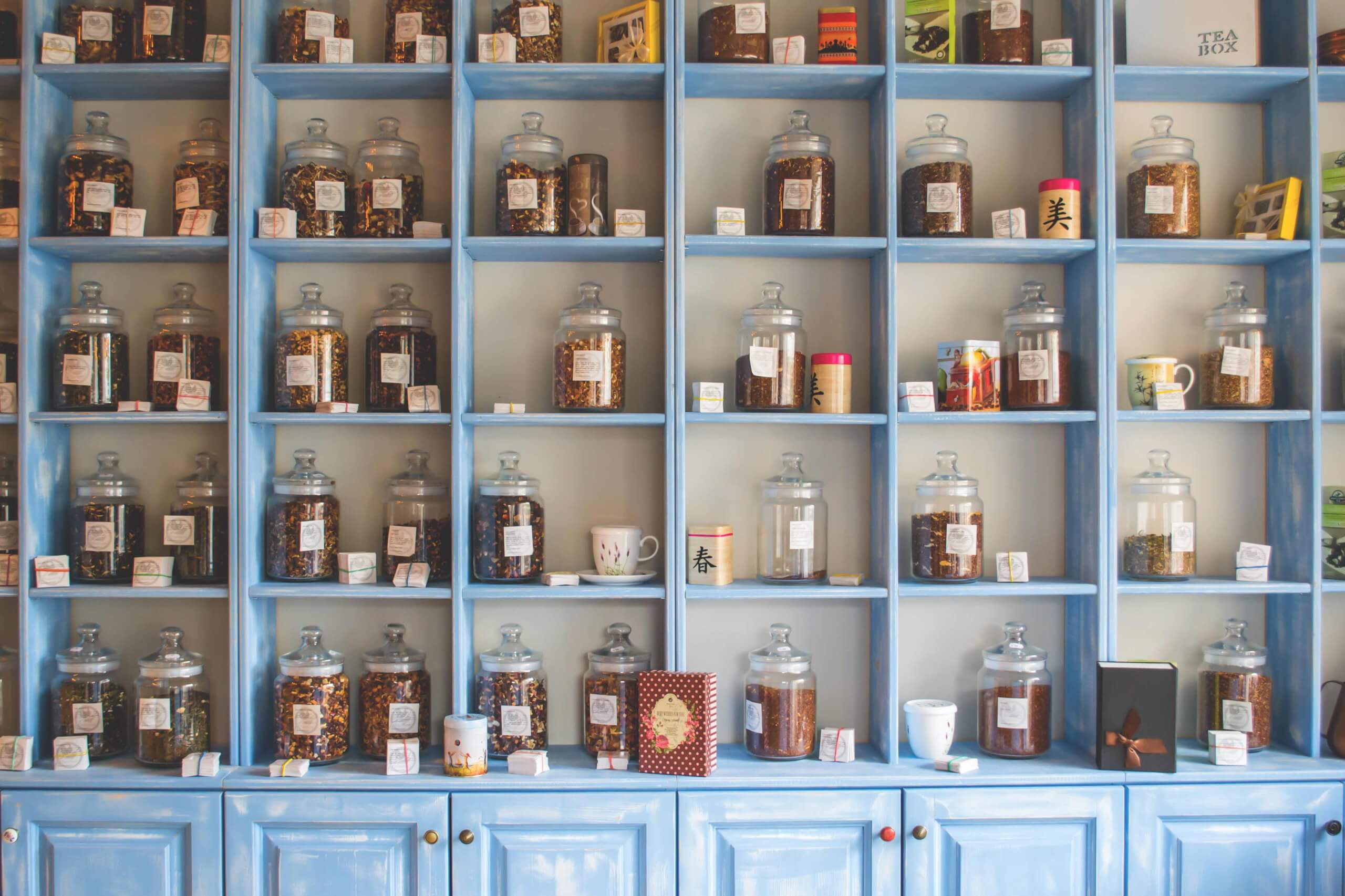 So don’t choose a green tea because you think it’s some sort of superfood, try it because it tastes great – and at the very least it contains no sugar, nothing artificial, virtually no calories, has lots of antioxidants, helps with your daily fluid intake and is an excellent alternative to soft drinks.

The key to a great green brew is choosing something recently picked and treating it with respect.  Freshly drawn water is a must, as it should be for all teas. The lower oxygen levels in reboiled water leads to a duller flavour (- or something like that, I’m not a scientist, I’m a barely competent tea reviewer).

The most important thing to remember is the higher the water temperature, the more bitter the tea. So once boiled, let it cool to about 80 degrees before adding the leaves. If you’re keen and have a food thermometer, then this is your chance to shine. If not, just leave the water to rest in the kettle for 3-4 minutes. Here are 5 of the freshest, most delicious green teas from China: 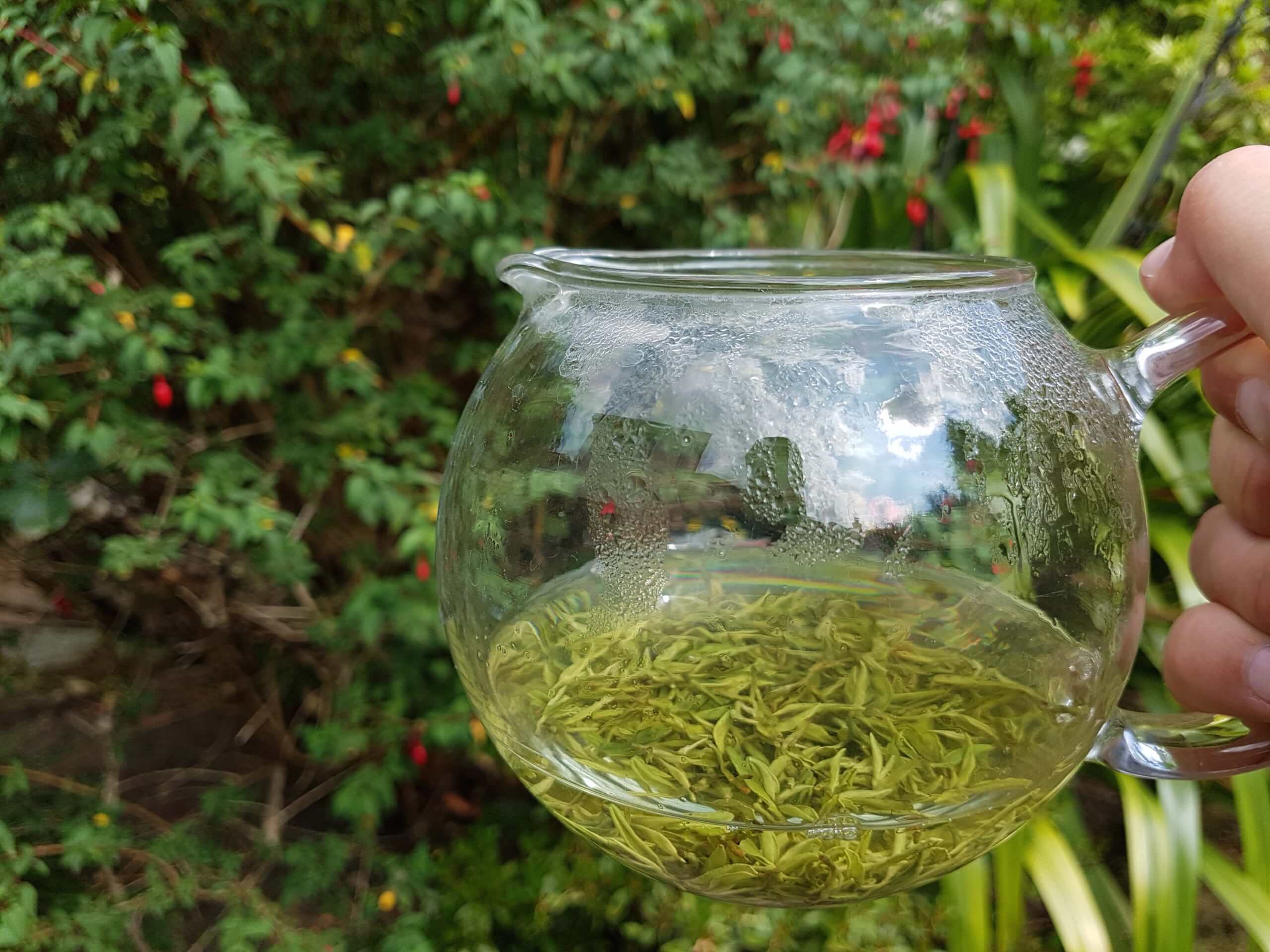 The Lowdown: Pick up a pack of green tea in a supermarket and you’ll often find it’s rather unimaginatively described as simply ‘green tea’ – no clue as to where it’s from, when it was picked, how it was processed. I can almost guarantee it won’t taste nice. Whereas in China, certain types of green tea have achieved near-celebrity status, making them super-desirable, super-expensive and often poorly imitated – none more so than Dragon Well or Longjing. This version from Canton Tea Co however is absolutely delicious, showing why the style became so popular. Sweet, gentle and with a perfect chestnut note (from the pan firing) it grows wild on a mountainside and towers above the many, many, many different Dragon Wells on offer. A total winner, even at the price. 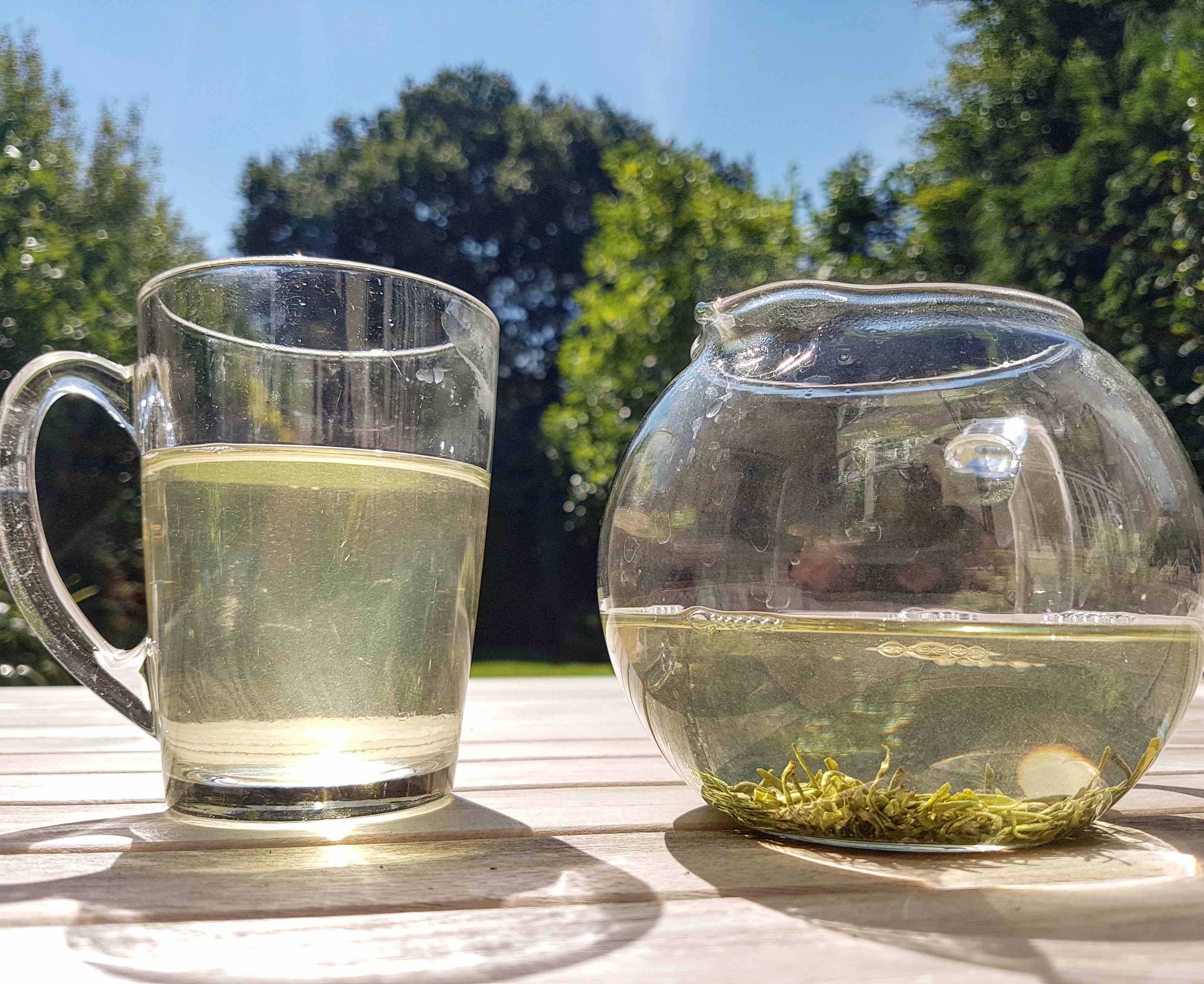 Juicy, buttery and perfect to pair with food

The Lowdown: Also known by the slightly less appetizing name ‘green snail buds’, Bi Luo Chun is another of China’s famous teas and I’ve yet to find anybody who isn’t a fan of this version. Light, juicy and with a distinct flavour of buttered vegetables, it seems to taste pretty delicious as an accompaniment to almost any dish – be it salad, pasta, meat or dessert (which is my typical lunch). Mei Leaf have a tip-top selection of Chinese teas and it’s worth heading to their camden tea bar to try some of the rarer varieties.

How to brew: 1 teaspoon per cup, 80 degree water, 1 min. Suitable for 2 more infusions. 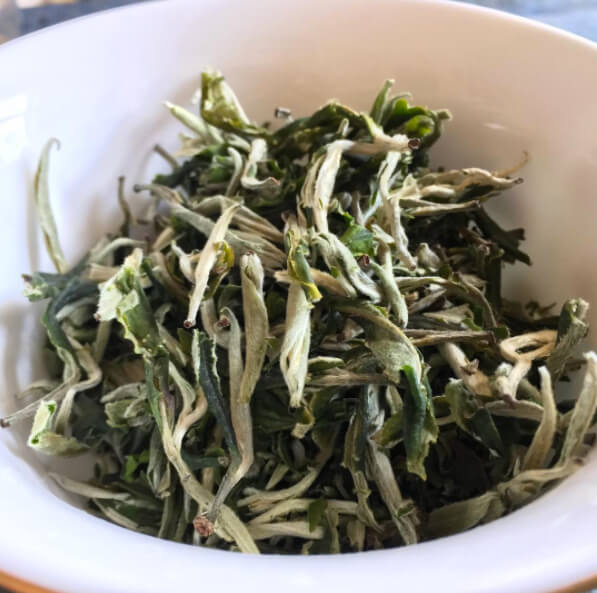 Astounding value for a high-quality classic

The Lowdown: You may have noticed that many of the teas on this superlative list are considerably more expensive than what you’d normally pay for tea. I get it, not everyone wants to take out a mortgage for a couple of cuppas. You see it’s a tough line for a tea reviewer – do you pick the very best or the best value? (Feel free to answer this non-rhetorical question on my Twitter). Thankfully this Mao Feng from Yunnan Sourcing is incredibly tasty and incredibly good value. It’s beautiful, vibrant green leaves produce a bright and nutty cuppa.

How to brew: 2 teaspoons per cup, 80 degree water, 2 mins. Suitable for 2 more infusions. 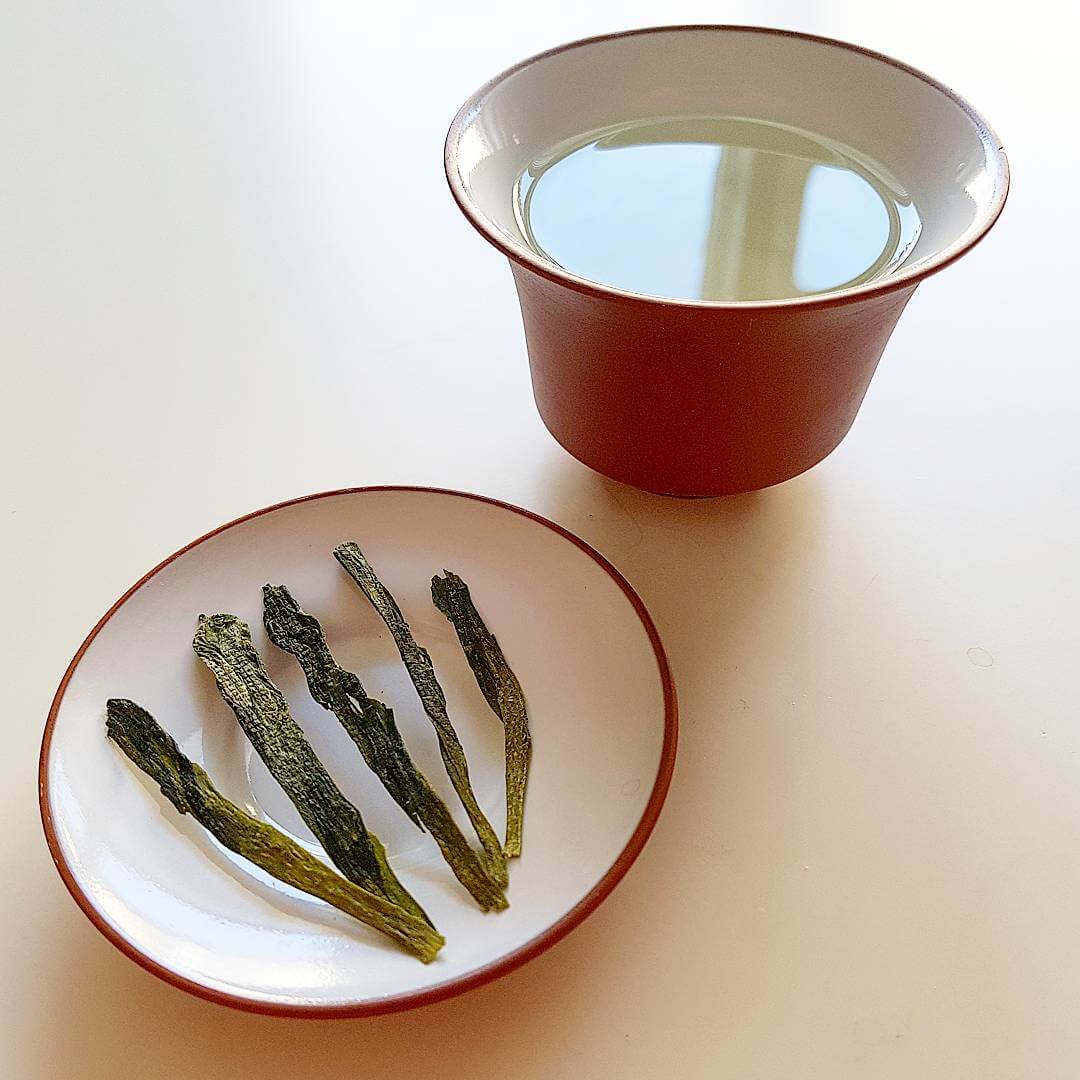 Huge aroma and flavours of Orchid with an unmistakable appearance

The Lowdown: This unusual green tea – with its paper-thin, spearlike leaves – really needs to be drunk as soon as possible. Once you open the bag, you’re hit with a fantastic orchid fragrance, so intense and inviting that you won’t believe it’s really green tea. But be quick! That aroma doesn’t last long, you’ve got a couple of weeks to savour it at most. But how does it taste, I hear you ask? Good question because smells can be deceiving (trust me when I say avoid eating potpourri). Well, it tastes great: sweet, floral and with a slight sharpness.

How to brew: 2 big teaspoons per cup, 85 degree water. There’s a traditional way to make this – cover the leaves with half of the water for 1 min, then add the other half on top for a further 2 mins. Suitable for another infusion. 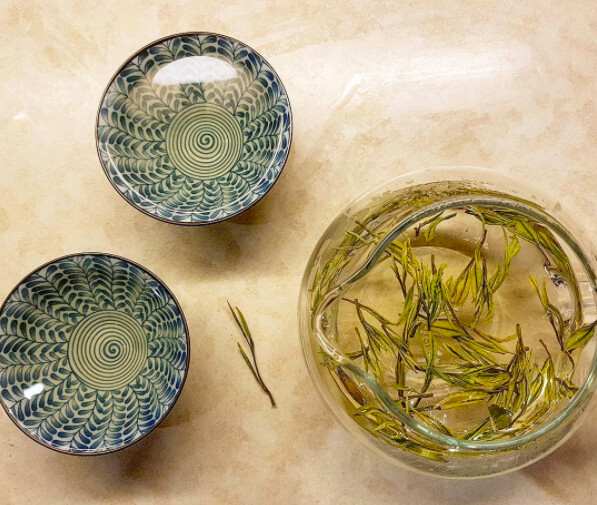 The Lowdown: I was torn between choosing another reasonably priced but flavoursome green (April Mist by Leaf Bar in Cambridge)* or this very pricey but very delicious option. In the end I went with my gut, literally. These rare Imperial Golden Buds have been processed in the style of another famous type called Anji Bai Cha, which makes this a rather unique offering. It’s superbly sweet and spring-like and has a highly desirable, luxuriously silky mouthfeel (more so than any of the other teas on the list). And for bonus points, it’s organic – a pleasant surprise for tea-huggers everywhere.

How to brew: 2 big teaspoons per cup, 75 degree water, 3 mins. Suitable for another, lighter infusion