There is something delicious about taking a staycation in London. Isn’t it spiritually uplifting to feel like a visitor in your own hometown? No no, here me out. They say that you should re-arrange the posters and paintings around your home every few months, to avoid habituating yourself to them, to stop them just blending into the wall paper. You know that poster which hangs on your bedroom wall? The one you fell in love with and picked up by the Pont Neuf in Paris? Or the one you’ve taken with you from your mum’s house, to uni, to now? When was the last time you actually noticed it? Like really noticed it? 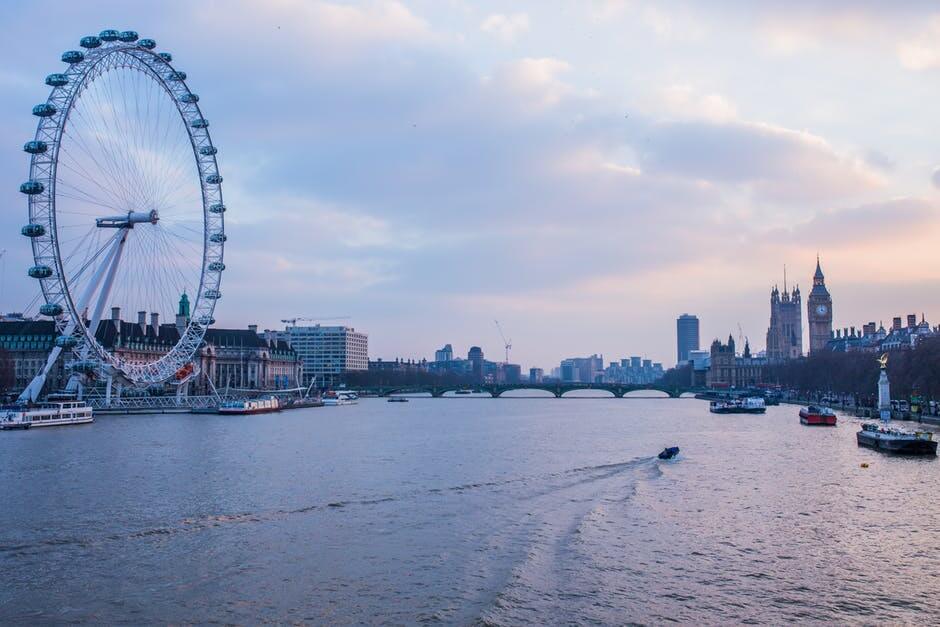 The same is true of living in London. We get so swept into unthinking rhythms: growling at strangers on the tube, pounding the streets like melancholy robots, getting irritated by tourists walking so s.l.o.w.l.y, that we forget how beautiful London can be. We forget how desirable and sexy our city really is, and sometimes we need to look again with fresh eyes, to remember her.

The Devonshire Club: The Lowdown 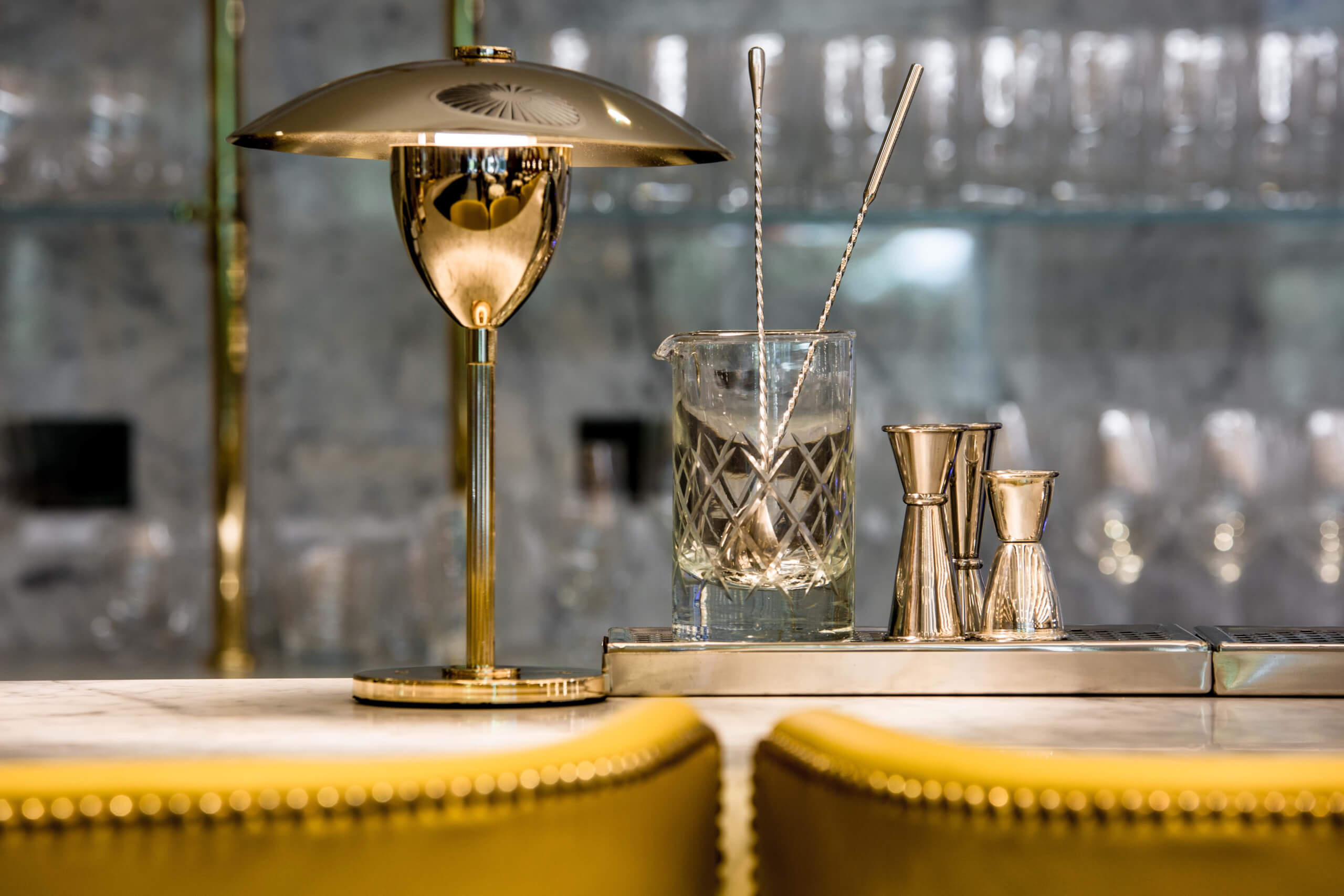 The Devonshire Club lives in one of our quintessential London squares, nestled just beyond the throng of Heron Tower and its surrounding mass of city slickers.  And its location in the heart of the City makes it perfect for one of those naughty mid-week stays, so you can easily get to work the next morning. The Club itself is a private members club, but it manages to avoid the snooty suity vibe, as well as the posey pretentious one (Shoreditch House, I’m looking at you). Don’t let its status as a private members club fool you – this isn’t some stuck up and stuffy place, it’s warm and inviting, and manages to be both cosy and classy at the same time. 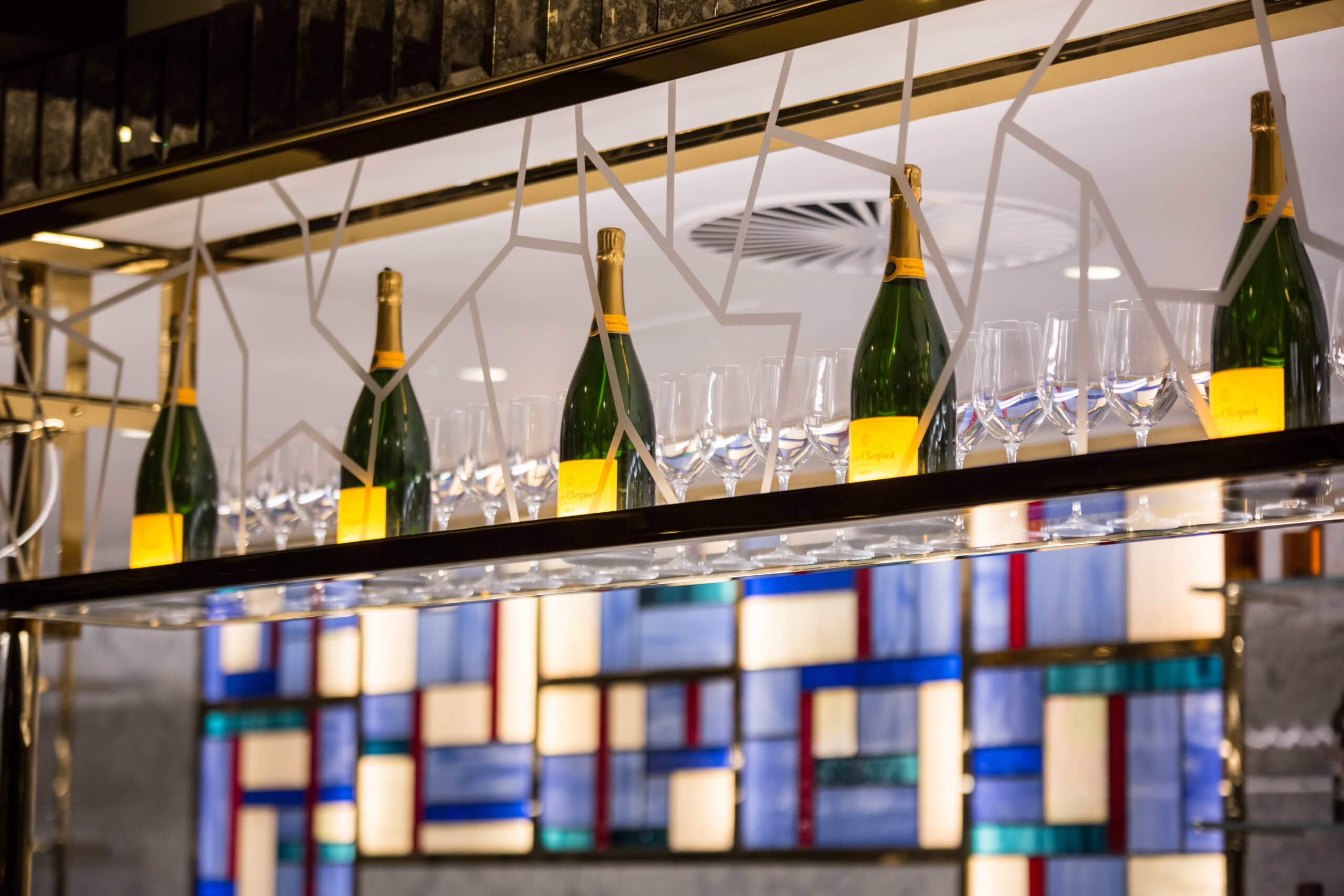 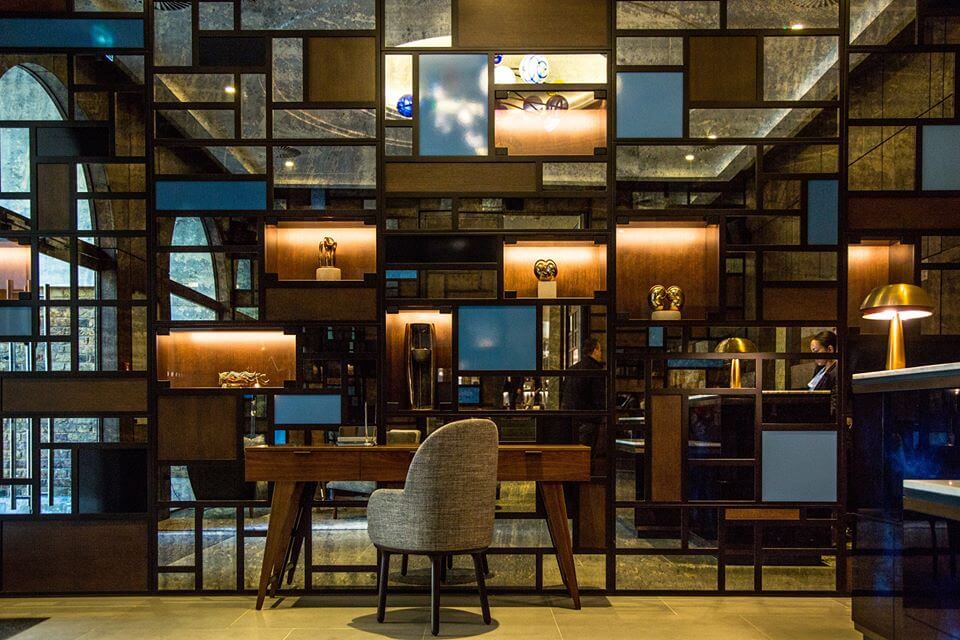 The interiors are simple, elegant and lush, creating an atmosphere where you could happily while away the hours. There are three bars, all with a slightly different feel – the Champagne Bar greets guests on the ground floor, and serves as a suave anti-chamber to the brasserie (more on that later); then there’s the Cocktail Bar upstairs which glamorously plays host to live music and a classic cocktail list. If you feel like something more sedate, the Library is a lush enclave full of luxurious darker tones and warm mood lighting (we whiled away much of our day here).

The Devonshire Club: The Rooms 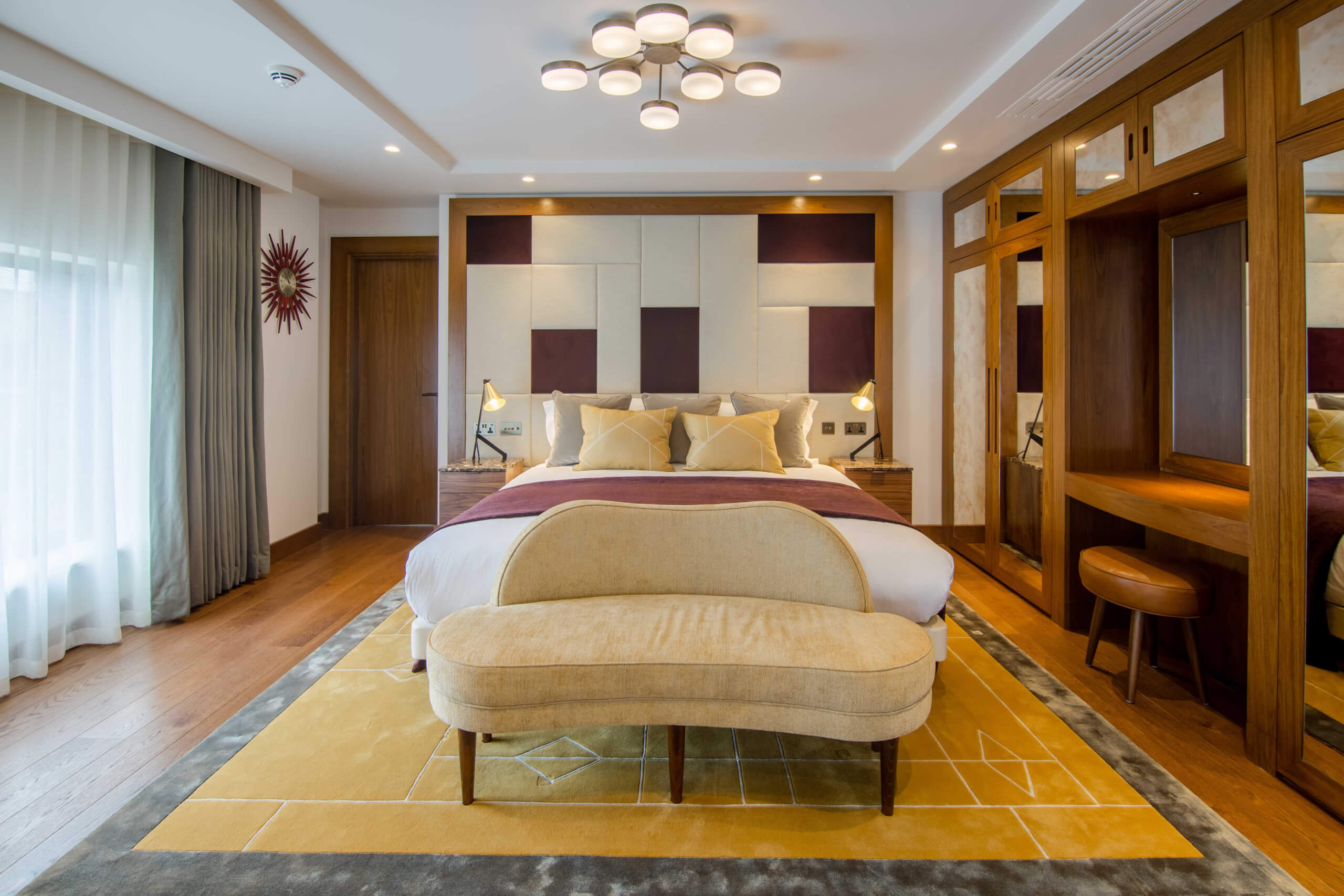 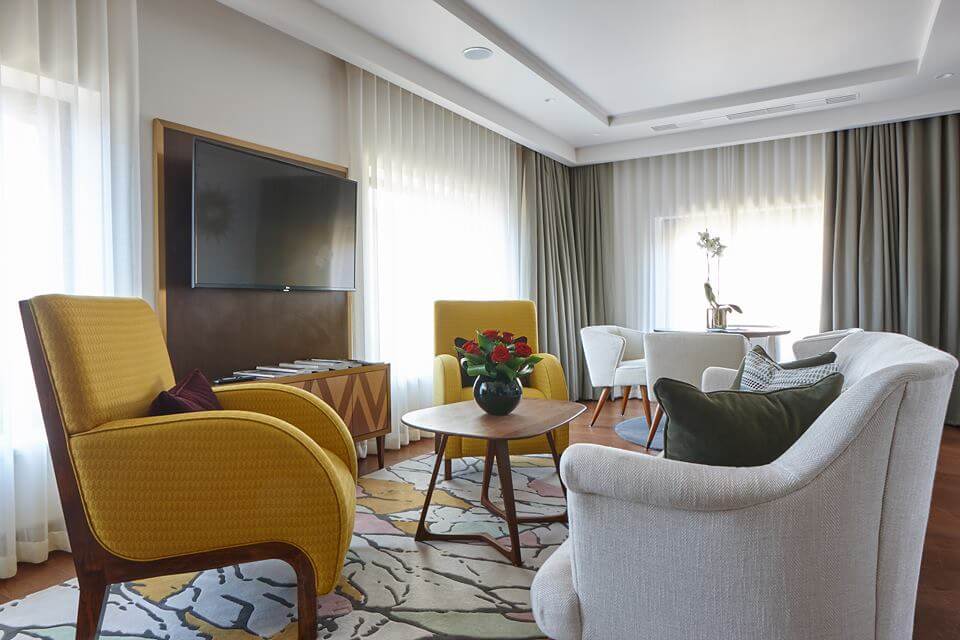 The Club has its own boutique hotel with 68 rooms, which are open to non-members. The luxury rooms come in a variety of sizes, from compact Club Rooms that are perfect for an overnight romantic stay, to interconnecting rooms designed with families in mind and then right up to luxurious Club Suites, for ballers. All of the rooms are dizzyingly stylish, with huge headboards adorning the entirety of one wall, and lush rugs strewn elegantly on polished wooden floors. The furnishing are all grays, maroons, and harvest golds, with every texture and colour radiating quality and indulgence. Each bedroom gives you access to the Club during your stay, use of all of the Club’s facilities, including the gym, exercise studio and weights rooms, and, most importantly, each room has a king sized Hypnos bed, for those luxury zzzz’s.

The Devonshire Club: The Food 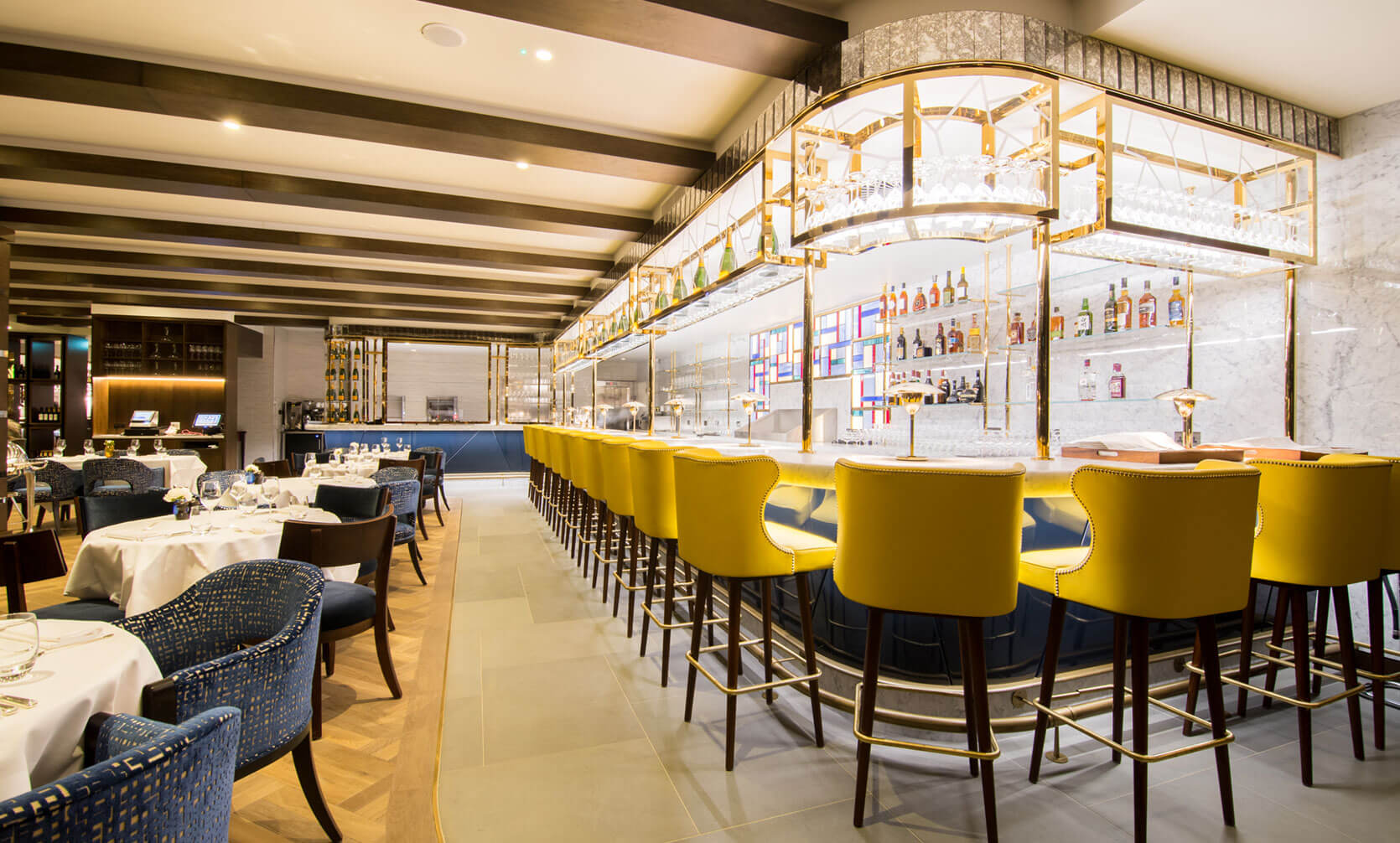 Now onto the food. God, the food. Not in my wildest dreams did I expect such magic. The Clubʼs stately 110 seat brasserie is illuminated by floor to ceiling garden facing windows on one side, and an imposing marble seafood bar on the other. Previously at Claridges and The Connaught, Executive Chef Oliver Lesnik has honed his craft with Jean-Christophe Novelli and Angela Hartnett. And you can really tell that this guy has trained under such stalwarts, because the food is sensational. Celebrating quality, freshness, and often rare ingredients, his menu serves up Mediterranean British cuisine with an Asian twist. Now, I usually don’t trust a Mediterranean menu which throws sushi in for good measure, so I ordered a few rolls to start, just to test the waters… it was some of the best I’ve had: soft sticky rice, plump, fresh, melt-in-the-mouth fish. The restaurant is also one of only nine places in the UK which is licensed to sell famed Kobe beef, so we obviously had to try that too. It was served raw, alongside a hot stone, to cook it to your liking. As the waitress served it, she casually mentioned that “the cows have been massaged while listening to classical music”. Right then. The beef was unlike anything we had ever tried – marbled with fat, which melted as it cooked, the meat resembled the texture of tuna steak – silky, soft, and yielding. It was served alongside a punchy and gorgeous truffle velouté, which was only right for such decadence.  If you can stomach it after possibly the richest thing you will ever eat, we highly recommend the homemade ice creams – chocolate orange and stem ginger were favourites. And then… why not retire to the Library for a coffee and digestif after dinner, darling?