I need to whisper a secret into your ear. Do you promise not to tell? (Cue publicly broadcasting the secret)…

Cascais in the Autumn. Shhh, don’t say it too loud. Don’t let the hoarding masses hear you. This little seaside town just outside of Lisbon is an undiscovered jewel in Portugal’s crown, but we thought you should know about it. Pretty little Cascais feels like a classier version of Monaco. Forget about the crisp chinos, the extortionate restaurants and the snooty yacht vibe, this cute little municipality is too sophisticated to try that hard. Cascais needs no airs and graces because nobility runs through its veins. In 1870, the King transformed Cascais from a little fishing village into the most elite postcode in the country by deciding to re-locate his summer residence there so that he could enjoy the fresh sea air and beautiful coastline. These days, the king’s palace sits by the sea in its simple splendor, while equally stunning buildings (belonging to the rest of court who followed the king out to the seaside) sit alongside it.

When the nobility moved in, they lived happily alongside the fishermen, meaning Cascais has a unique sense of grounded authenticity blended with stylish cosmopolitanism. Oh, and this blend also makes for bloody good food. While you’re in town, make sure you eat at O Pescador, an old school traditional Portuguese restaurant serving up fish caught a few hundred metres away – you need to try the squid (so very far from the classic calamari trials of chowing down on tire). And for mains we thoroughly recommend the Cataplana de Marisco – a light fish stew of meaty white fish, prawns, mussels, and octopus cooked in a traditional copper pot (an old wives tale has it that octopus in Portugal is apparently never cooked without a piece of cork in the pan. Whatever the trick, these will be the most tender tentacles you’re likely to ever taste).

A few doors down from O Pescador, and once you’ve had your fill of fish, make sure House of Wonders is on your radar. This genuine gem hides down a little cobbled street and is a glorious hippy enclave which serves veggie food – think baked aubergine with tahini and pomegranate, beetroot salad with walnuts and blood orange. The way it works is that you pay 15 euros and can go up for as much as you can eat – the dream.

Cascais: Where to Stay 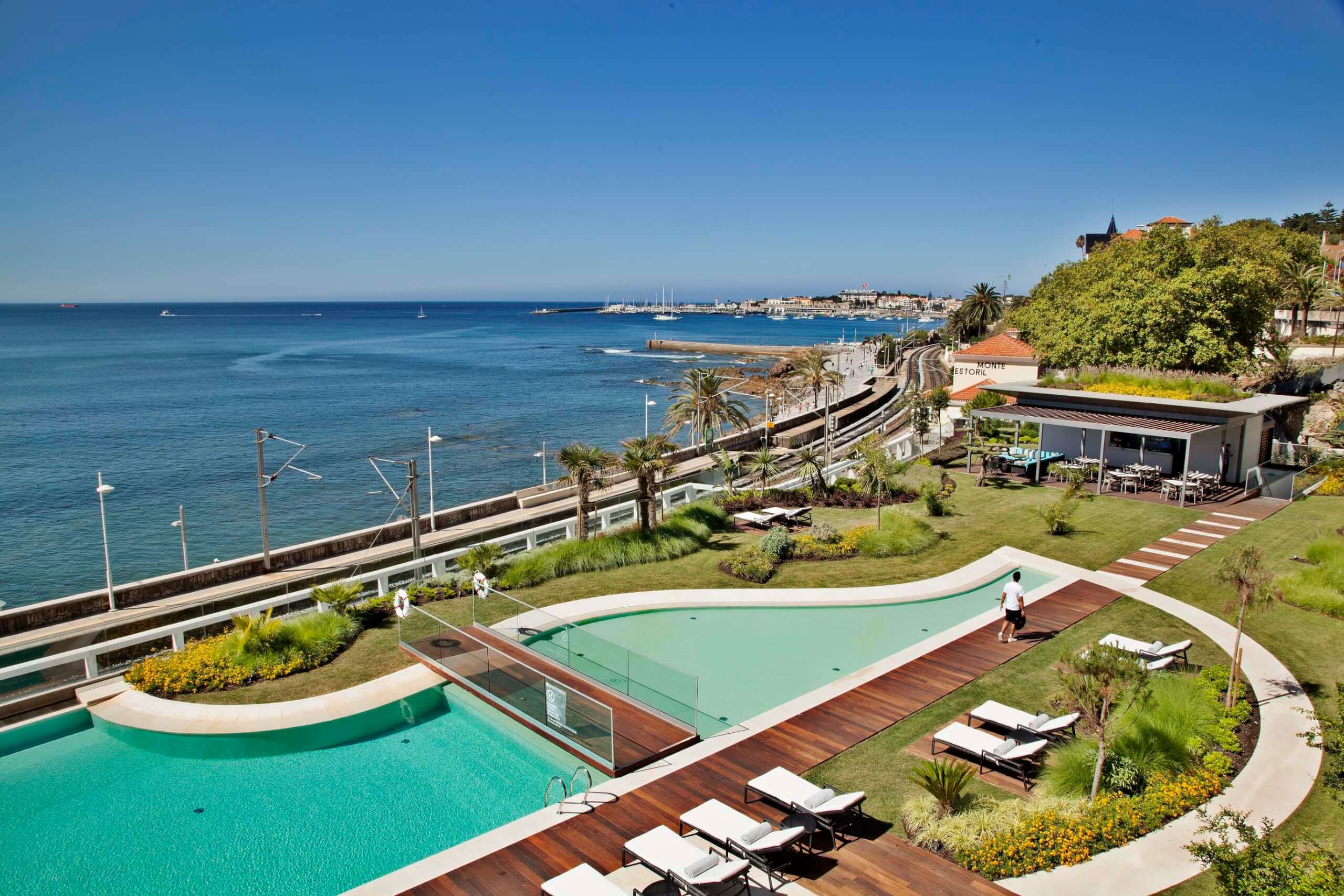 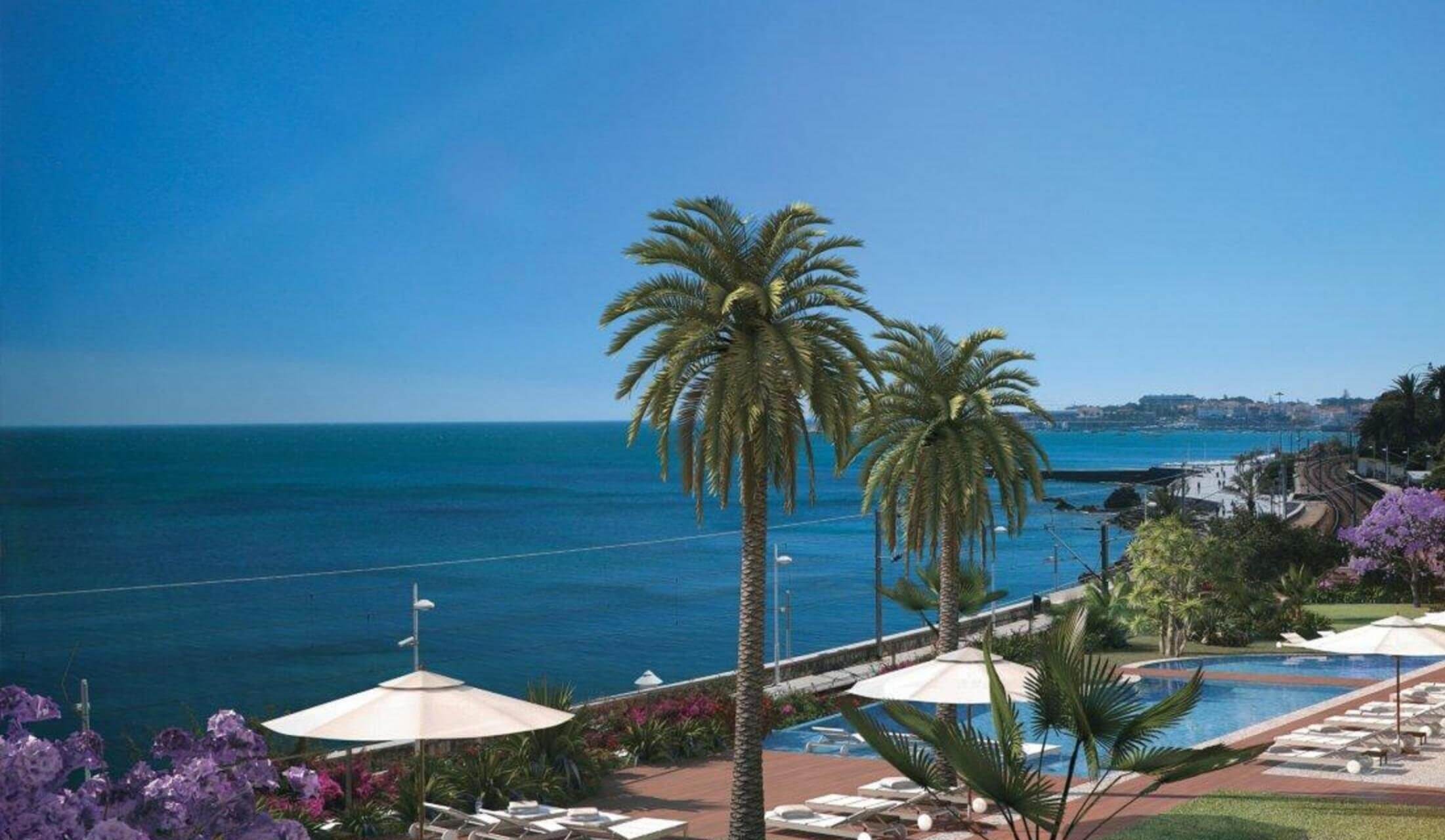 We recommending spending one or two nights in charming Cascais, and for this short time it’s definitely worth splurging on a room with a view. Engulfed by the coastline and its sandy beaches, the Intercontinental Estoril is a luxurious paradise. With a lithe, swanky design and cool blue colour palatte, the hotel has a quintessentially ‘hotel’ atmosphere, in the best possible way. It’s the type of atmosphere which says to you: “you are on holiday, we will look after you here, you need not think about anything else but the blue sky and the blue sea”. It’s the kind of decadent calm which only really comes of the places you know you have to leave, the places which live in a snatched moment in between. 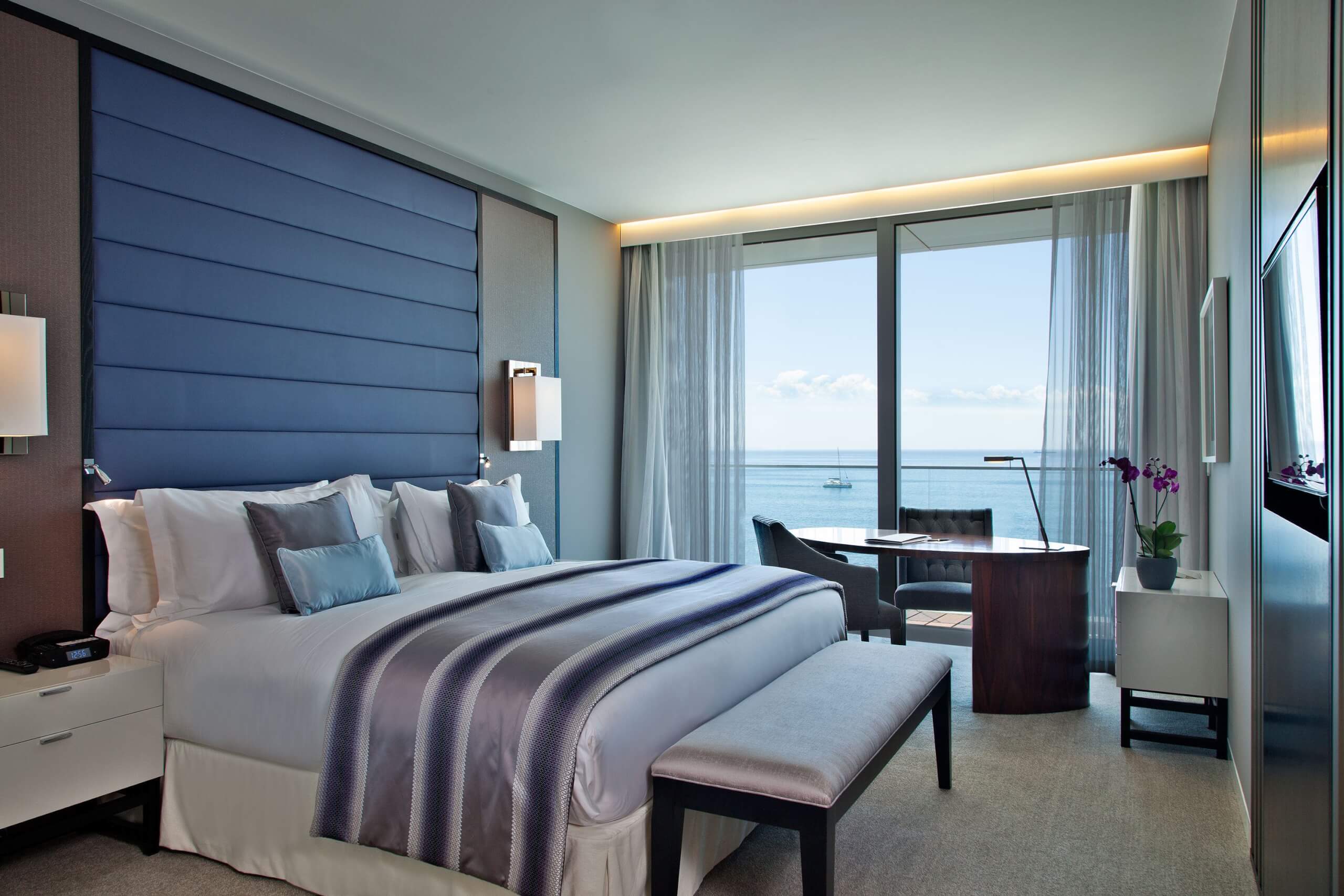 The rooms, ranging from Classic and Executive to Suite, are all fitted out with contemporary furnishings and a huge balcony overlooking the terrace, garden, or sea (for the sea view, make sure you book the Deluxe room – the view will make you want to pinch yourself to check you’re not dreaming).

This place also ticks off the two most vital components in any hotel: a spectacular shower and a heavenly bed. The  shower will be the most soothing way to wash the sand from between your toes, and the sumptuous bed will make you sleep so deliciously deeply that you’ll awake feeling like a new born babe. 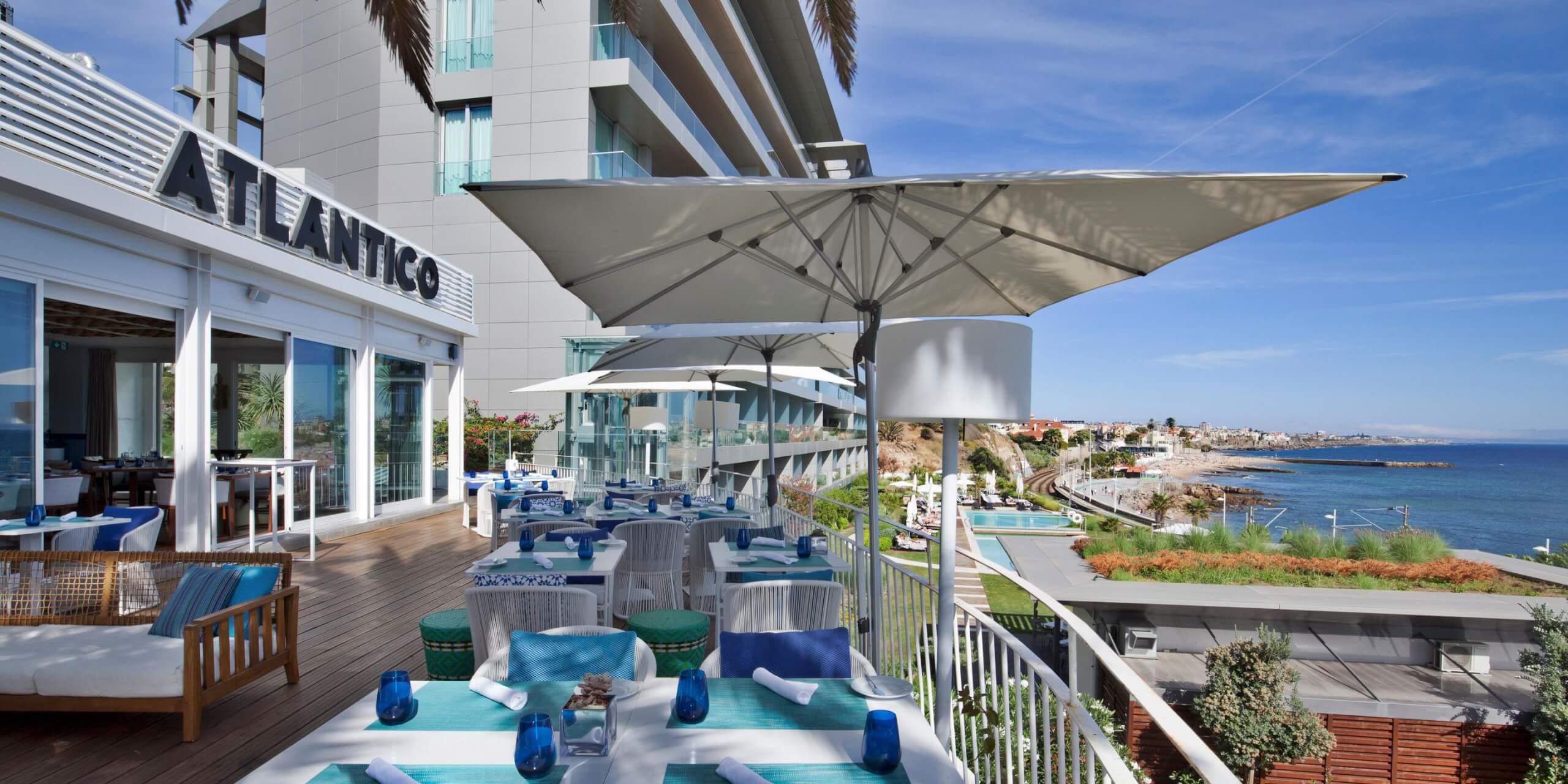 Breakfast is served on the terrace, overlooking the vast Atlantic ocean, and includes the usual continental fare – fresh croissants, fruit cured meats – as well as a decent nod to British sensibilities (bacon, eggs, and beloved baked beans). But really, they could be serving gently heated carboard and it would be hard to care, with a view like that…

The hotel also offers the opportunity to eat at their restaurant – Atlantico Bar & Restaurant – for those nights that you want to simply be well fed and fall into an escalator whisking you back to your room. Oh, and it would be remiss not to mention the chips from the Pool Bar. Is there anything better than hot salty fries eaten while in a sun-drunk stupor by the pool? 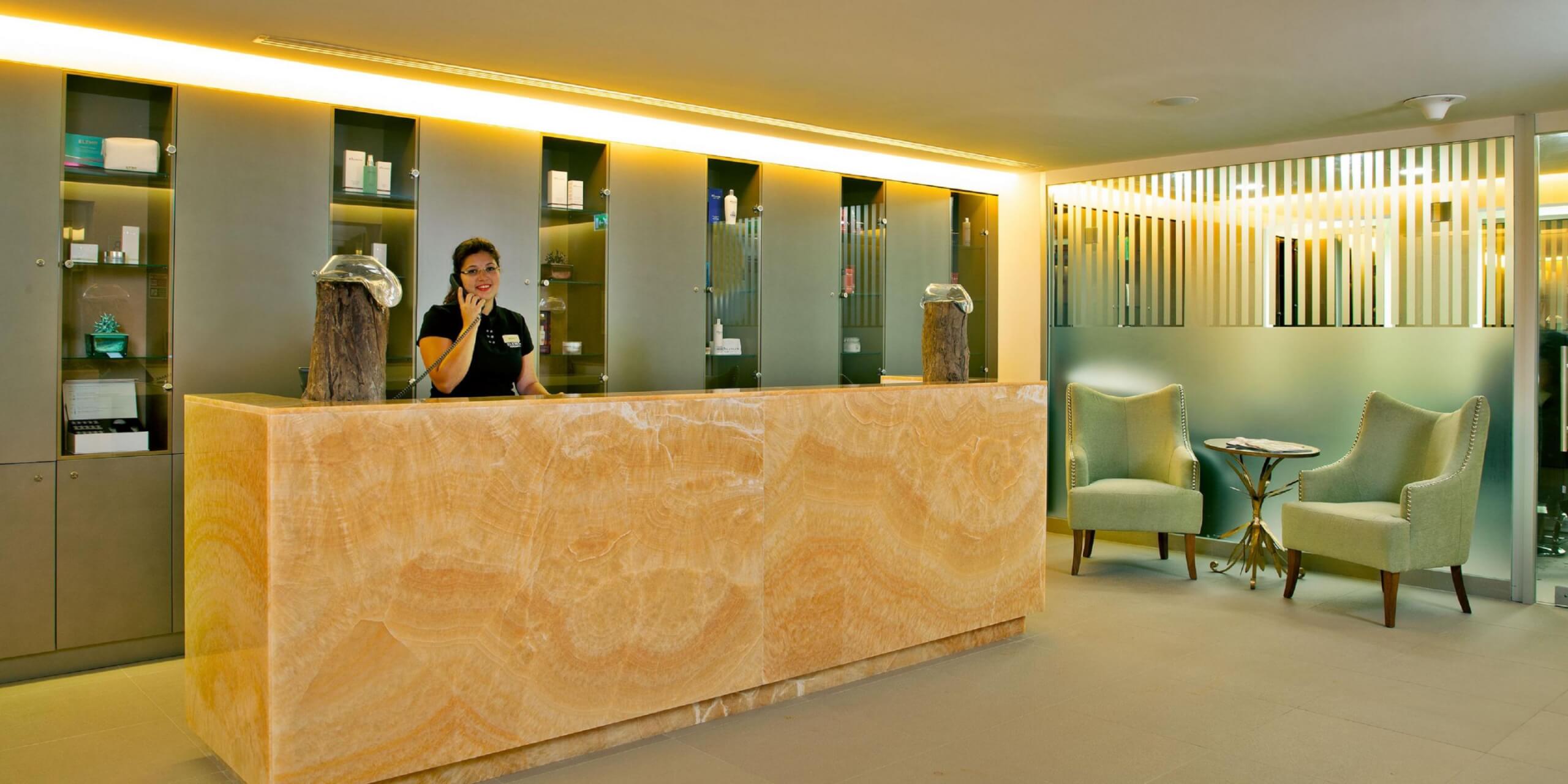 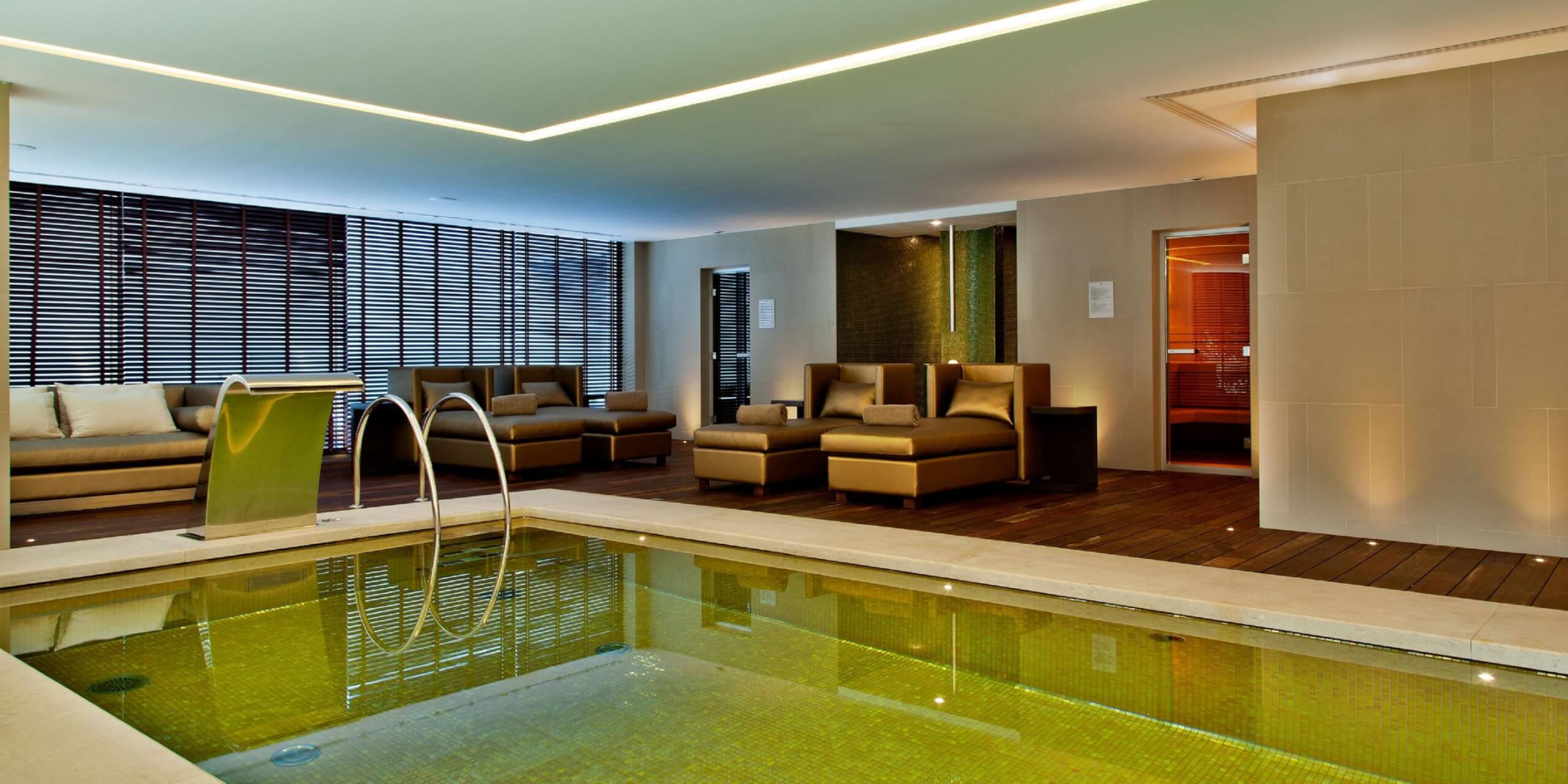 The hotel’s spa is small and perfectly formed, replete with heated pool, water therapies, steam room, sauna and therapy rooms. The treatments themselves are executed by expert therapists, and you can really feel that they know what they’re doing (there’s always that moment when you realise you’re in safe hands and can sigh a sigh of relief). We recommend both the full body massage – a comprehensive MOT ideal to reset your body after weeks of wrecking it hunched over an office desk staring at your Outlook while eating a Pret wrap. For a more local experience, opt for the Portuguese massage, which uses local olive oil and spices to exfoliate your skin. Take it from us, the next day your skin will feel so soft and smooth that you’ll almost slip out of bed, which is no bad thing, as you’ll probably need a hand tearing yourself away in any case.
Intercontinental Estoril, Avenida Marginal, 8023: Estoril, 2765-249, Portugal
Share88
Tweet
Share
Pin2
90 Shares