Life / Books / How the UK fell in love with translated literature

How the UK fell in love with translated literatureBy Angelica Malin

From Shakespeare and Orwell to Austen and Woolf, Brits clearly have very good reason to be proud of their country’s literary culture. However, more readers are looking further afield for a new story, with research from Nielsen revealing that translated literature sales were up 5.5% in 2018, amounting to £20.7 million. English-language literary fiction, on the other hand, has plateaued.

Thanks to the work of professional translators, readers can now connect with tales told in a multitude of different languages. Just like the authors, translators need to be creative to really do the original texts justice. Literal word-for-word translations would sound rigid and awkward, and be unpleasant to read, giving linguists artistic license to adapt the text however they see fit, and ensure that the final result is as in line with the authors’ original intentions as possible.

With UK readers immersing themselves in more translated fiction than ever before, we explore the reasons and the writers behind this surge, as well as the role of literary translators in enabling this trend to continue. 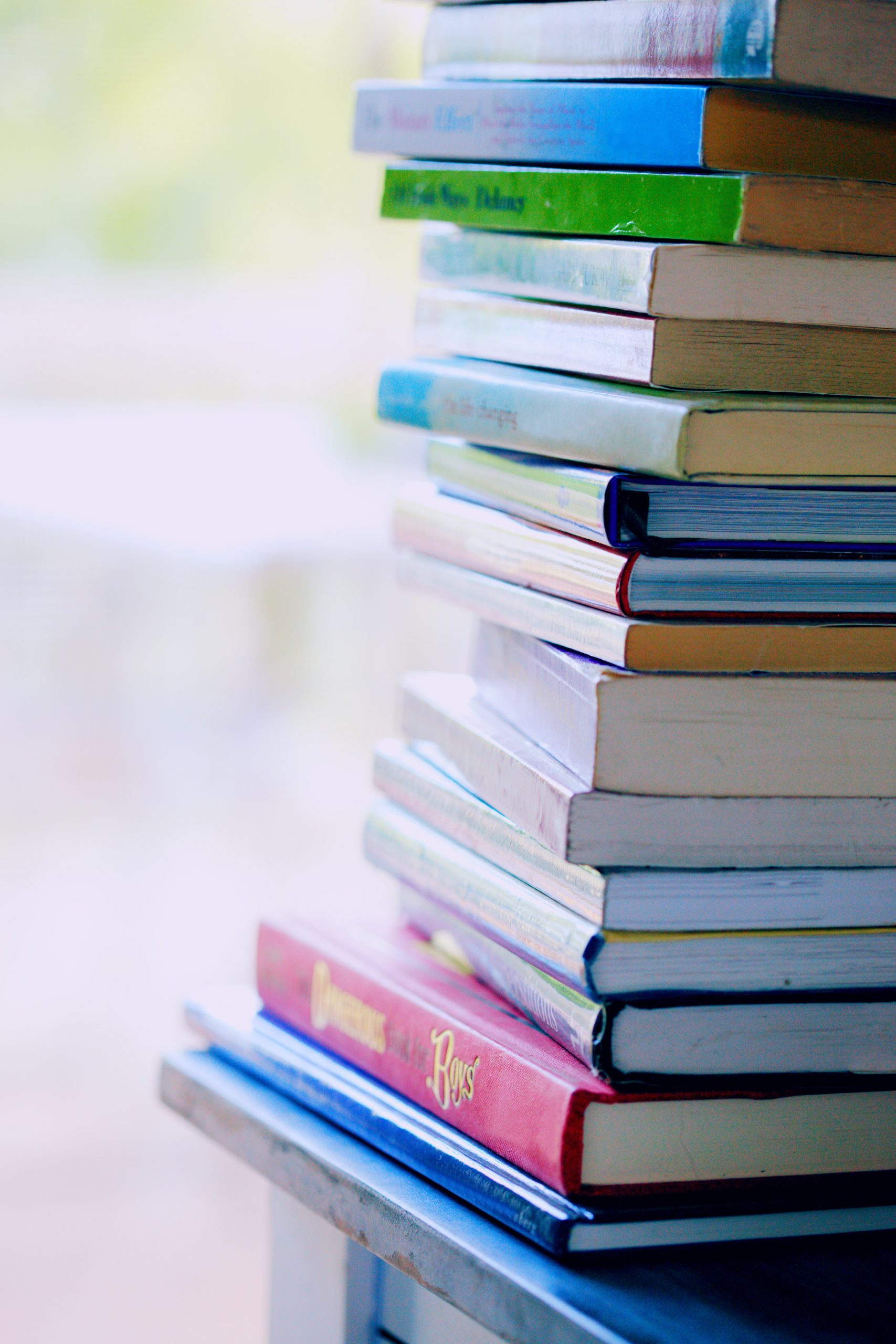 Compared to other nations, Britain has been relatively slow to embrace translated literature. Between 1990 and 2012, the percentage of translated fiction published in the UK and Ireland “oscillates around 3%”, according to Literature Across Frontiers, compared with . This figure was 3.2% in 2011, compared to 12.3% in Germany, 15.9% in France, and 19.7% in Italy.

There are several reasons for the so-called “three percent problem”. The BBC noted in 2014 that, as English is the first or second language of so many countries, publishers can still share stories based all around the world — like India (Salman Rushdie), South Africa (JM Coetzee) and Nigeria (Chimamanda Ngozi Adichie) — without needing translations. Meanwhile, a shortage of foreign language skills prevent UK publishers from reading translated work themselves.

As literary agent Anna Webber told The Guardian in 2016: “That’s why unless something is a surefire hit internationally, where you have a lot of publicity and success in other countries, people are very cautious. Understandably—I wouldn’t take a book myself if I couldn’t read it.” Hence why only “about 10%” of all the writers she represented at the time wrote in a foreign language.

Even though historically there hasn’t been much translated literature available, sales in the UK grew by an astonishing 96% between 2001 and 2015. Particular subgenres have had some hand in this rise, such as the Nordic noir trend kickstarter by Stieg Larsson’s 2005 bestseller The Girl With the Dragon Tattoo proving incredibly popular. The most recent statistics show that, not only are Brits reading even more translated fiction, but publishers are also increasing the amount they put out, with the once-disappointing 3% now standing at 5.6%. This figure is still far lower than other nations, but it does show that the UK is moving in the right direction.

With Britain on the cusp of leaving the EU, it’s interesting to note the popularity of European languages in particular — French, Norwegian and Swedish make up the top three. And industry experts have suggested this shows UK readers still want to maintain ties to the continent. “Reading fiction is one of the best ways we have of putting ourselves in other people’s shoes,” Fiammetta Rocco, administrator of the Man Booker International prize, said of the recent findings. “The rise in sales of translated fiction shows how hungry British readers are for terrific writing from other countries.”

These were the five bestselling translated fiction authors in the UK in 2018. We have also included the language in which they write, and how many copies their books sold.

The Thirst, the eleventh book in the crime writer’s Harry Hole series, was the bestselling translated work in the UK by some margin. British readers also flocked to buy Macbeth, a standalone, modern, dystopian retelling of the William Shakespeare play.

Following the death of Stieg Larsson in 2004, Lagercrantz was contracted to continue writing the Millenium series of crime novels. Though The Girl in the Spider’s Web was released back in 2015, the book likely enjoyed a resurgence as a result of the 2018 film adaptation. The Girl Who Takes an Eye for an Eye, the most recent instalment, climbed to number two on The New York Times Best Sellers list just a fortnight after its release.

The second novel by the Franco-Moroccan author was released to rave reviews, and won the 2016 Prix Goncourt, a top French literary award. Here, Slimani tells the horrifying story of a nanny who murders the two children she is caring for.

Jonasson returned to the publishing scene in 2018 with the highly-anticipated follow-up to his 2009 bestseller about the escapades of 100 year-old Allan Karlsson. Unlike The Hundred-Year-Old Man which spans a whole century, The Accidental Further Adventures tracks Allan’s activities in the present day.

Arikawa’s latest novel tells the touching story of a man’s road trip around Japan accompanied by his cat. The work was described by TIME as “Fleet, funny and tender”, while The Sunday Telegraph said it was “Bewitching… as self-possessed and comforting as – well, a cat”.

The need for talented literary translators

What literary translators do

The success of translated literature in the UK could never have materialised without the talented translators at the helm. It’s simply not a case of converting one text into another word-for-word. In addition to translating correct meanings, linguists need to capture emotion, characterisation, tone and literary devices, while also ensuring that readers are able to understand every contextual detail. As translator Fiona Rintoul puts it: “It is an artistic interpretation. There is no right answer. In fact, translation is one of the few disciplines where you can be both completely right and hopelessly wrong.” She notes for example that while Erziehung vor Verdun by Arnold Zweig is still a hit in Eastern Europe, it wasn’t as successful in the West because the original 1936 English translation “captured none of the humour and nuance of Zweig’s writing”.

While it’s clear that a translator can make or break a book’s international reputation, their work has gone largely unrecognised. Rintoul suggests this could be “because it is the translator’s job to disappear” — the best translations will read so naturally that readers will respond as if it were the source text. Some countries also hold the art in higher regard, like Germany where the Leipzig Book Fair translation prize “is almost as big a deal as the German book prize”. And organisers of the International Booker Prize have sought to shine the spotlight on these silent heroes in recent years. Since 2016, the £50,000 prize money is divided equally between the author and the English translator.

Now, the main challenge is in expanding the number of languages translated in fiction. As well as French, Norwegian, Swedish and Japanese, the most popular translated fiction in the UK was originally written in Italian, Portuguese, German and Russian. Chinese fantasy and sci-fi is growing in popularity too. However, some languages, like Thai have been notably absent, and only five Thai novels were published in English between mid-2017 and 2019.

“People who are fluent in both Thai and English are numerous, but very, very few are fluent in them in the literary sense, and even less are interested in literary translation work,” said author Prabda Yoon. He also expressed concern over the fact that four out of five of the recent releases were translated by the same person, Mui Poopoksakul. “If Mui remains the only translator who can reach English-language publishers then there will not be a consistent energy. She may continue to introduce new Thai writers to the world stage, but one person can do only so much.”

It’s clear that UK publishing houses still need to do a lot more to integrate translated literature into the fiction market, though it’s encouraging that bookworms are welcoming fiction from around the globe. However, without a high volume of capable translators in all countries, only a fraction of the world’s literary talent can ever be discovered and enjoyed