Is it even summer if you don’t sit outside on a slightly cool London evening whilst watching a film alfresco? We think not. Book a date, or a mate, fill a popcorn box, and grab a deckchair; it’s time to watch a movie under the stars. Here’s our pick of the best outdoor cinemas in London this summer:

1. For Films with a View: Rooftop Cinema Club 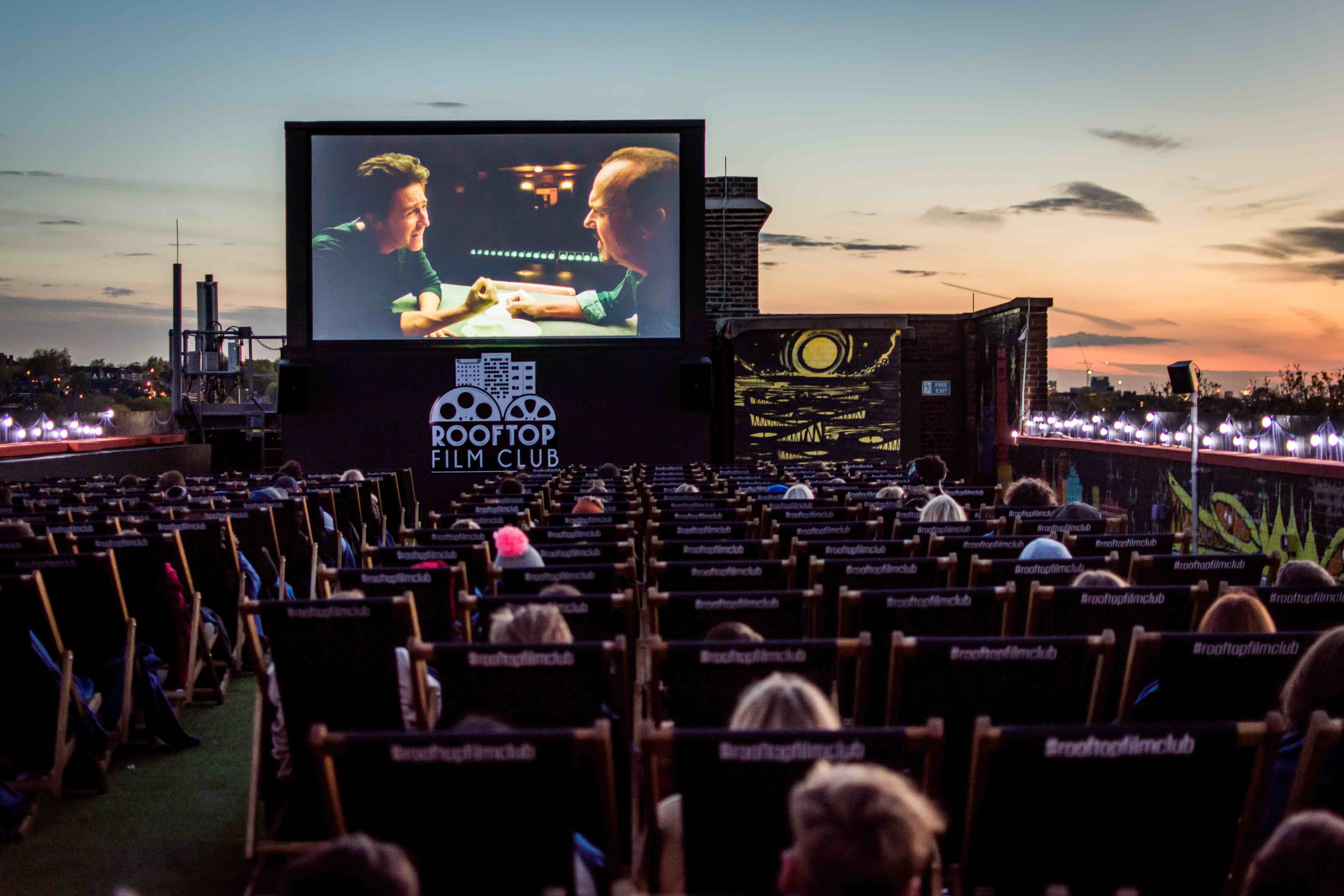 The Run-Down: Rooftop Film Club are the kings of outdoor cinema screenings. Having started as a single rooftop in London’s Shoreditch in 2011, the cinema group has now expanded to three London venues, with more to come to this year.

The Films: The celebrations are in full swing this summer with Rooftop Film Club tipping its hat to some legendary big screen anniversaries. Celebrate 60 years of Vertigo at Bussey Building in Peckham, with a highly appropriate rooftop screening – just don’t look down. As we bid goodbye to July on the 31st, celebrate 50 years of 2001: A Space Odyssey, the original epic space movie. At Roof East in Stratford, dust off the old bobsleigh and enjoy the 25th Anniversary of cult movie, Cool Runnings. And Queen of Hoxton is graced with some recent Hollywood hits including I,Tonya and Lady Bird.

2. For Films in a Beautiful Setting: The Luna Cinema 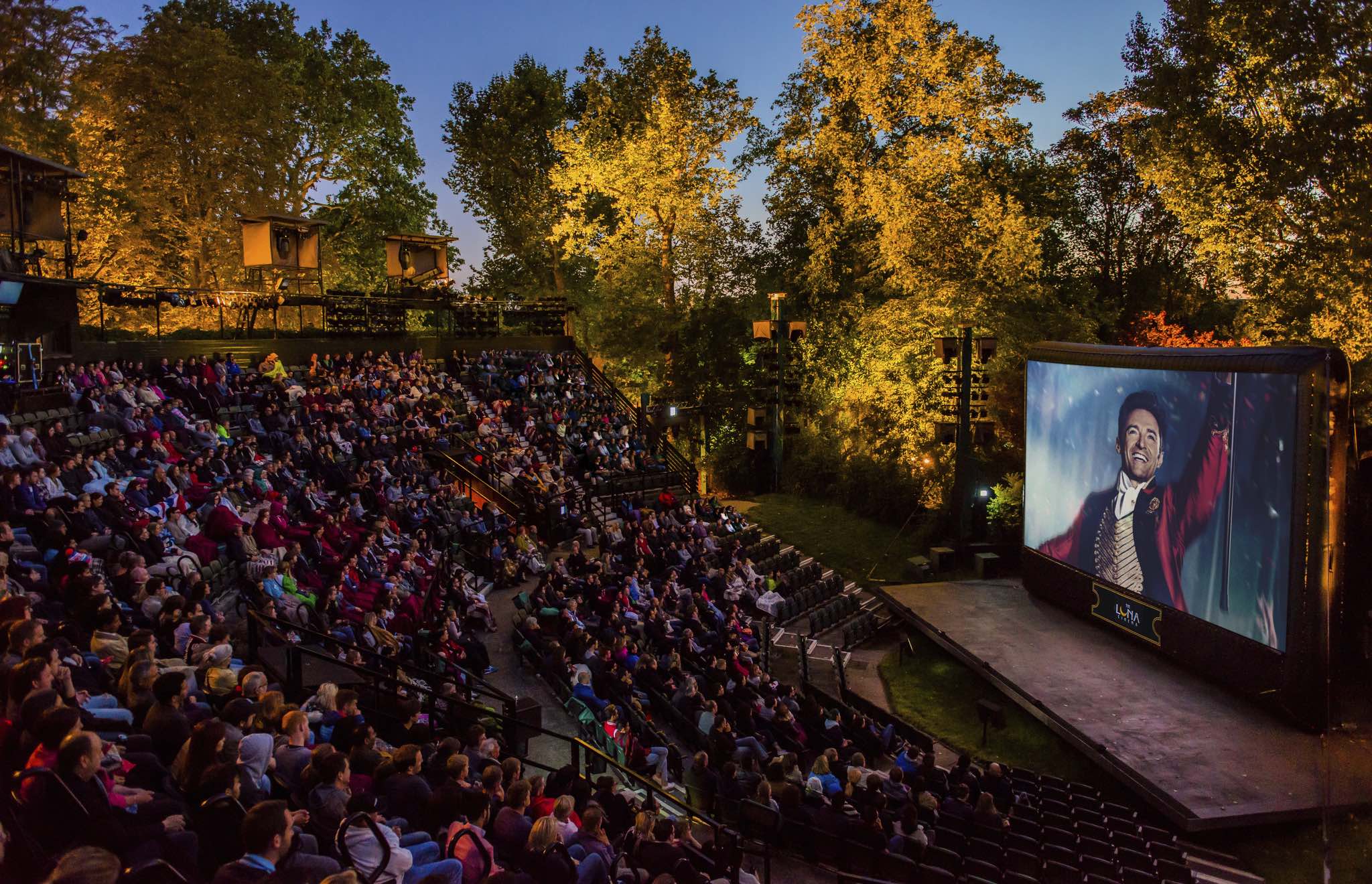 The Run-Down: The Luna Cinema screenings follow one simple formula: a classic film on a big screen in a beautiful or prestigious setting.  he team use state-of-the-art screens, digital projectors and bespoke sound equipment to provide a cinema quality visual and audio experience under the stars. Screenings in London take place in royal palaces, such as Hampton Court and Kensington Palace, and iconic buildings including Westminster Abbey.

The Films: One of the best outdoor cinemas in London, this summer The Luna Cinema are showing big box office hits such as Guillermo del Toro’s masterpiece, The Shape of Water, Three Billboards Outside Ebbing, Missouri and Dunkirk. Watch Darkest Hour, starring Gary Oldman in his Oscar-winning performance as Sir Winston Churchill in the grounds of Churchill’s birthplace, Blenheim Palace – and if you want to leave land behind, enjoy Jaws while sitting in a dinghy at Brockwell Lido.

3. For a Floating Cinema: Movies on the Water 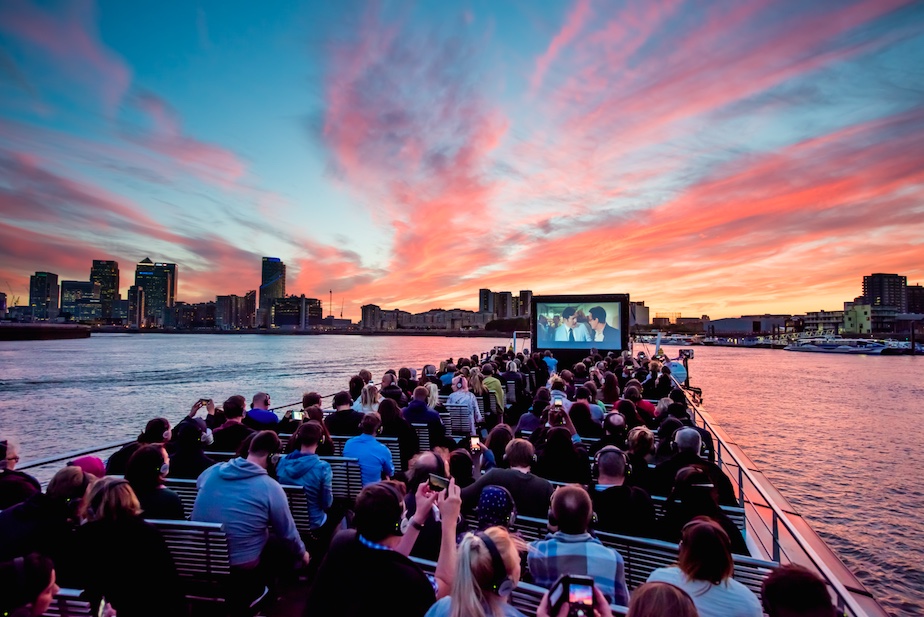 The Run-Down: Upping the cinema experience to 11 – Movies on the River offer a cinema screening on London’s waterways. How every 2018.  Enjoy a sunset cruise from Tower Bridge, past the Tate Modern, St. Paul’s Cathedral and the Southbank, before returning east to dock and watch the movie. There’s a bar on board, and plenty of snacks to feed Central London. Twice over.

The Films: In keeping with the water theme, Movies on the River are screening films such as  Jaws, award-winners The Shape of Water and Dunkirk. Other films on the bill include recent blockbusters like Get Out, Baby Driver and The Greatest Showman, as well as romantic and comedy classics such as Romeo + Juliet, Grease, Mean Girls and Ghostbusters. Without a doubt, one of the best outdoor cinemas in London. 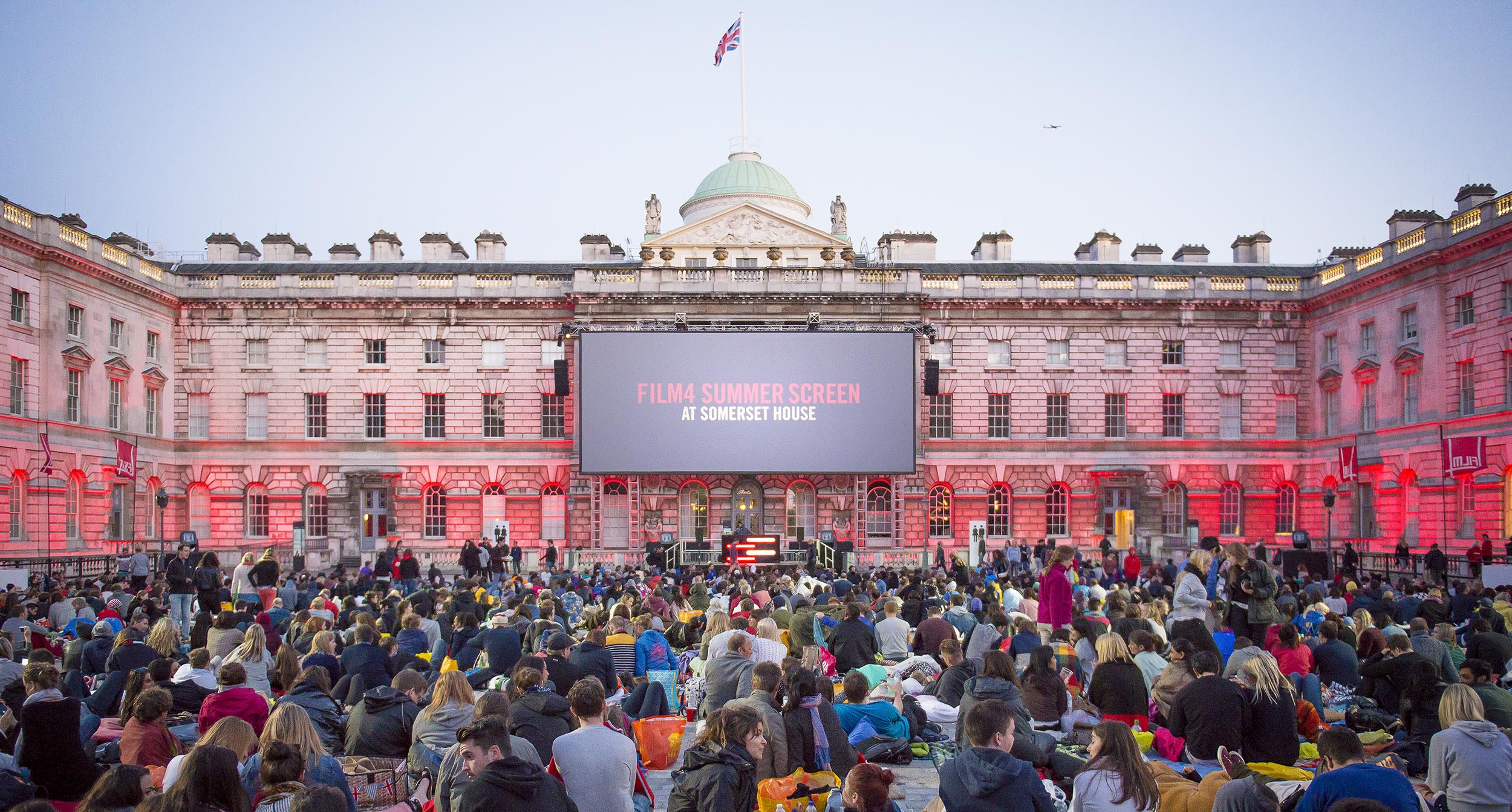 The Run-Down: Put this in your diary: Film4 Summer Screen at Somerset House is back for another summer film extravaganza with a carefully-curated and distinctive selection of classic films, contemporary hits, cult favourites and red-carpet premieres, presented under the night sky. One of the finest outdoor cinemas in London if you’re looking for something extra special.

The Films: All the films in this year’s festival line-up reflect on the theme of ‘dreams, fantasies, nocturnes and reveries’. Go on an awe-inspiring, mind-bending thrill-ride into the subconscious in Christopher Nolan’s Inception, or take a trip into the mind of a movie star in Being John Malkovich, a hilarious and highly original comedy from two of cinema’s most inventive and unclassifiable talents, director Spike Jonze and writer Charlie Kaufman. 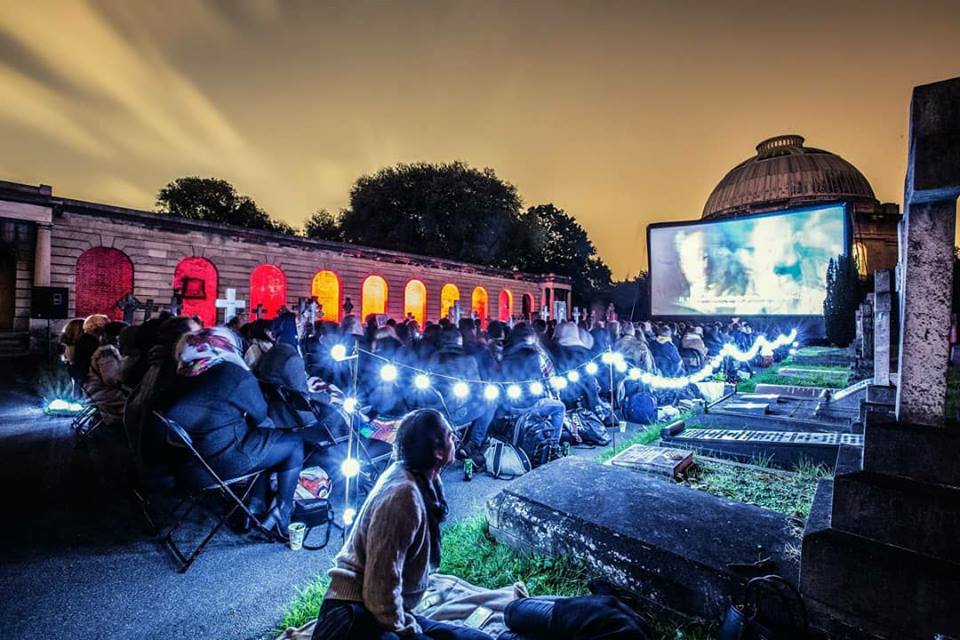 The Run-Down: The Nomad Cinema is the roaming pop-up that gives back, and now one of the trendiest outdoor cinemas in London. Since 2010, The Nomad has been popping up at an inspiring range of beautiful, unique and intriguing screening locations across London and beyond. Nomad’s intent is to create a ‘festival’ vibe; think quality catering, goodie bags of edible extras, a blanket, poncho, inflatable back rest and a magic carpet which won’t make your redundant sofa seem so appealing.

The Films: The Nomad Cinema has every base covered with their screenings this summer. Catch well-loved flicks like Breakfast at Tiffanys, a Hugh Grant classic, Four Weddings and a Funeral, and Back to the Future. This year’s breakout films including coming-of-age drama Ladybird, Black Panther and Shape of Water are also on the line up.