I love the food scene in London – there’s always something going on, new restaurants opening, collaborations happening and delicious food to be eaten. As you may know folks, I love meat. No seriously, I do. It’s a running joke in the office – for breakfast, Angelica loves granola with yogurt, and I’m a full English fiend. Sure, there’s been times that I’ve thrown on some extra bacon for good measure – it’s just so damn tasty. 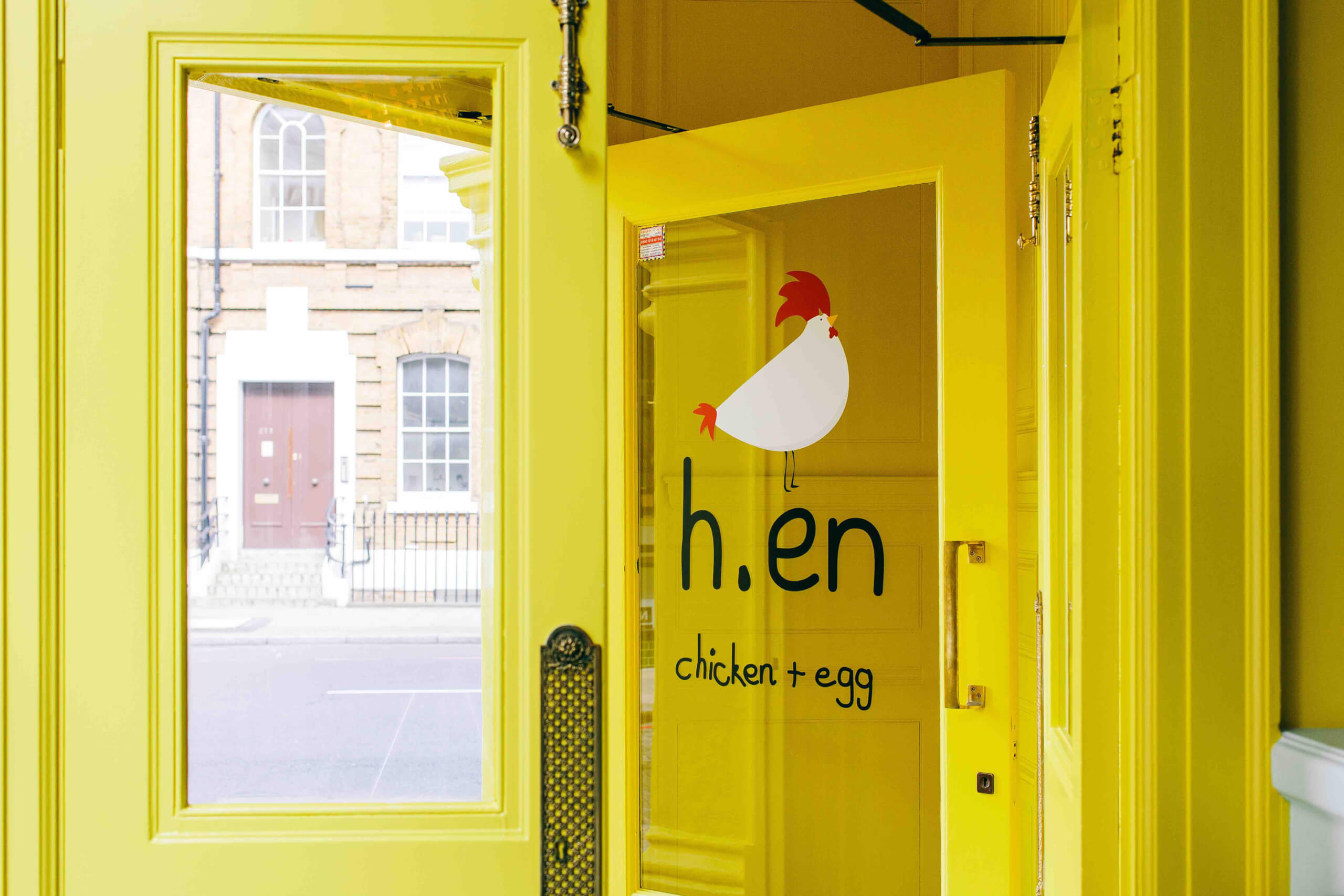 You can imagine my excitement when H.en recently roosted on Upper Street. H.en has already made a name for themselves with a branch in Brighton, which has gained them a cult white meat following. The team decided to bring their ethical chicken and take on the restaurant heavyweights in the big city. Phillip Ilic who opened the Brighton branch, roped in Masterchef finalists Billy Wright and Jack Layer to help with the sixth month London residencey. Casual dining is big business in London at the moment, and another chicken restaurant is certainly no new idea – but what makes H.en different is a number of things. Firstly, they’ve introduced a beak to feet menu, meaning very little wastage and the chance for everybody to enjoy chicken feet. Secondly, all chickens are high welfare, and have been raised on Caldecott Farm. Here’s what you need to know about H.en, we won’t spoil it – but it’s clucking amazing: 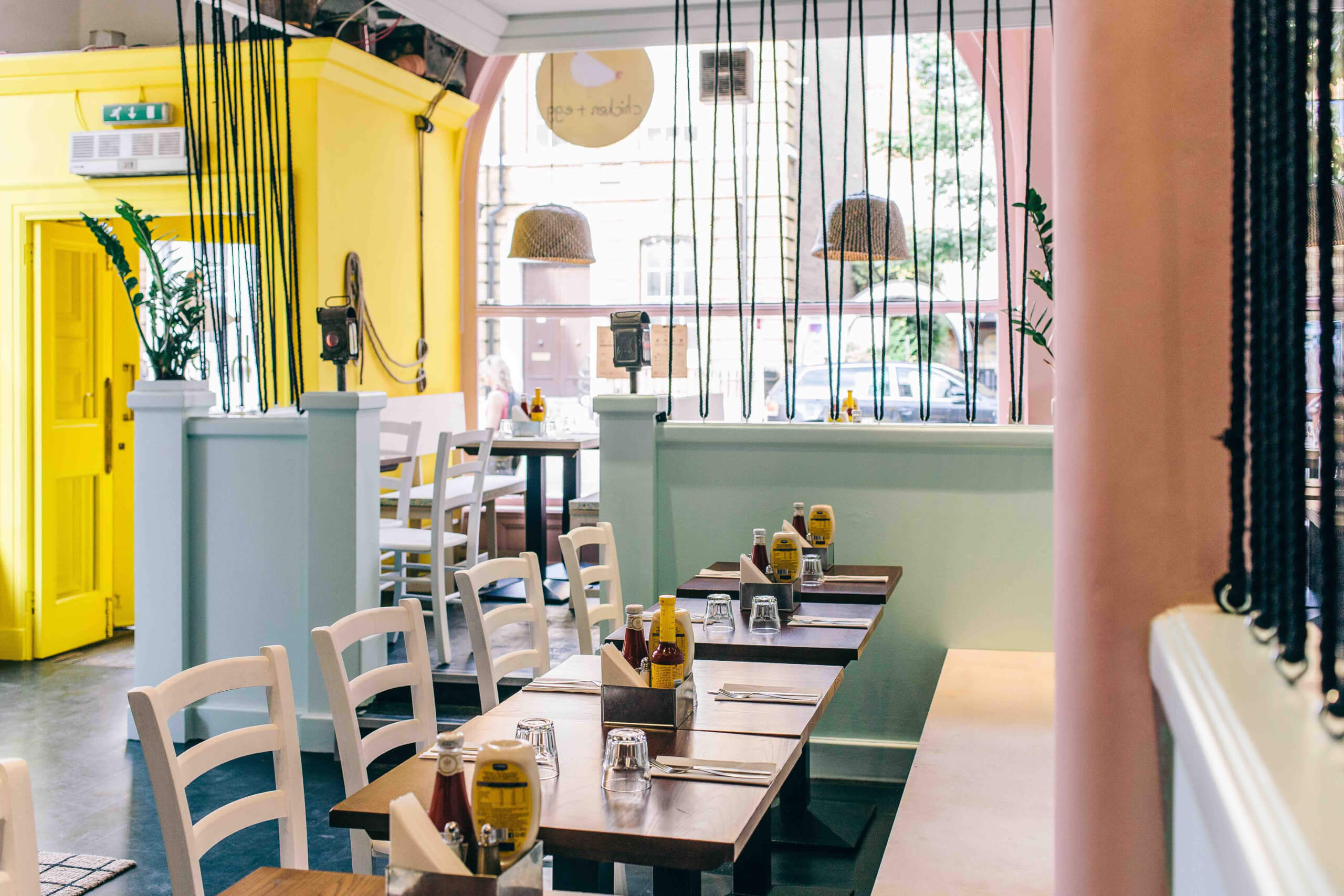 I don’t want to pit H.en against the well known high-sreet chicken restaurant that everybody seems to rave about. C’mon guys, it’s not 2010 anymore. Nando’s has had its day – the chicken is well below par and don’t get me started on the portions of the sides. Alas, I digress. H.en is the complete opposite, and not just food-wise. The decor has been designed by dream team, Amy Ilic and David Pentland from Ardour Design. There’s been a strong focus on up cycling; there’s wooden features, padding on the chairs and corrugated iron. There’s a funky graffitti wall that’s the main focal point, and large floor to ceiling windows at the front that bathes the space in natural light. This is probably not the place to take a first date (chicken wings ain’t sexy), but the tables are pretty close together. There’s a lot of bag shuffling and breathing in to get to your seat, but that’s all part of the fun. H.en does what it says on the tin – quick service, and a solid effort when it comes to food. 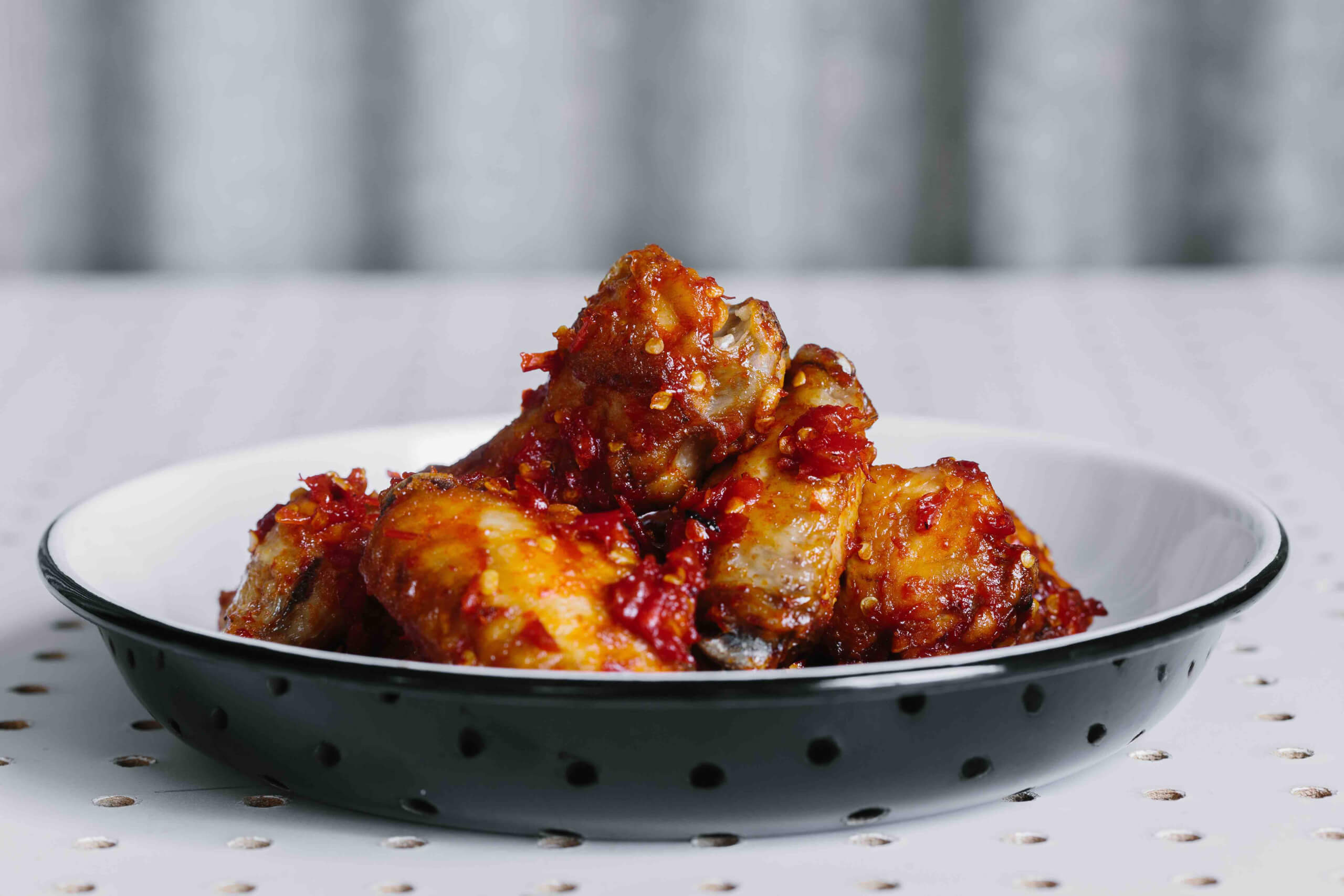 Chicken, as you’d expect, heavily features on the menu. Wings are my jam, and at H.en they don’t disappoint. The wings can be ordered in batches of 4, 8 or 12. Go for 8, I say. 4 just doesn’t ever seem enough, and they certainly aren’t when they taste this good. The wings can be coated in a range of different glazes, but the hot siracaha marinade has a great bite, without overpowering that sweet chicken underneath. 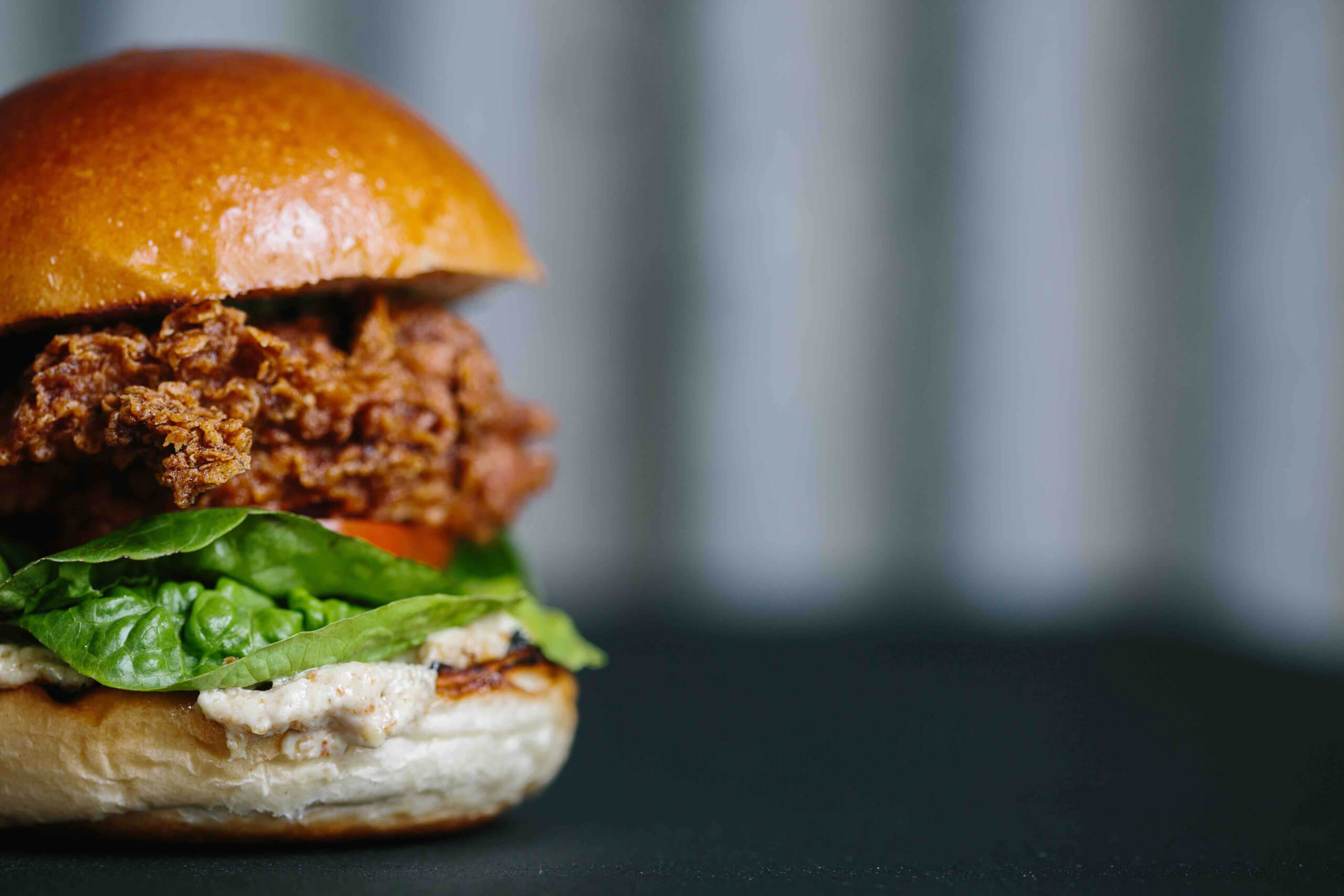 For mains, there’s a choice of burgers, chicken or, if you want to be that guy, salads. The fried chicken burger is topped with chicken skin mayo (wish they would bottle this stuff and sell it), charred little gem and pickled cucumbers. The chicken thigh has been beautifully cased in a crispy buttermilk batter. Not greasy and the skin underneath isn’t soggy. It’s all brought together in a toasted brioche bun, which adds a light sweetness. Fried chicken burgers are taken seriously in London, and you can’t knock the burger at H.en. There’s also a pulled chicken burger, and it’s a proper little saucy number. The chicken has been marinated in a smokey sauce, not quite pulled pork but it’s a solid attempt and, personally, a lot tastier than the grilled chicken burger (good, but the pulled chicken is something else). 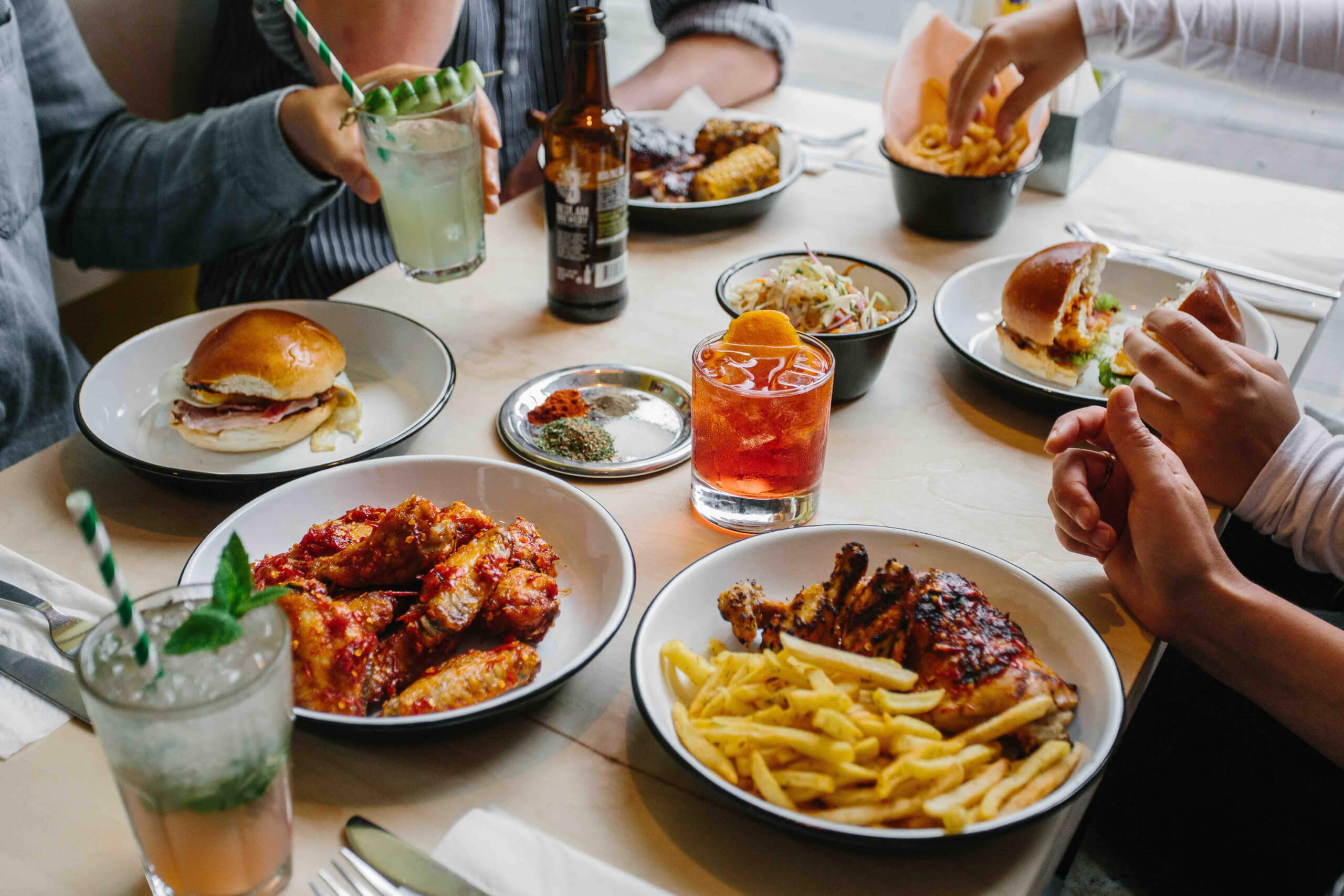 You can order grilled chicken which is served in a quarter or half portion. The half portion is a decent size, and the chicken can be marinated in three different sauces. The BBQ soy is fantastic; smokey, rich but a tart aftertaste that really worked well. The chicken on the bone was juicy and moist, however, the dish was let down with the chicken breast which was unfortunately, dry. There’s only so much additional BBQ sauce you can wack on a piece of chicken to make it succulent. 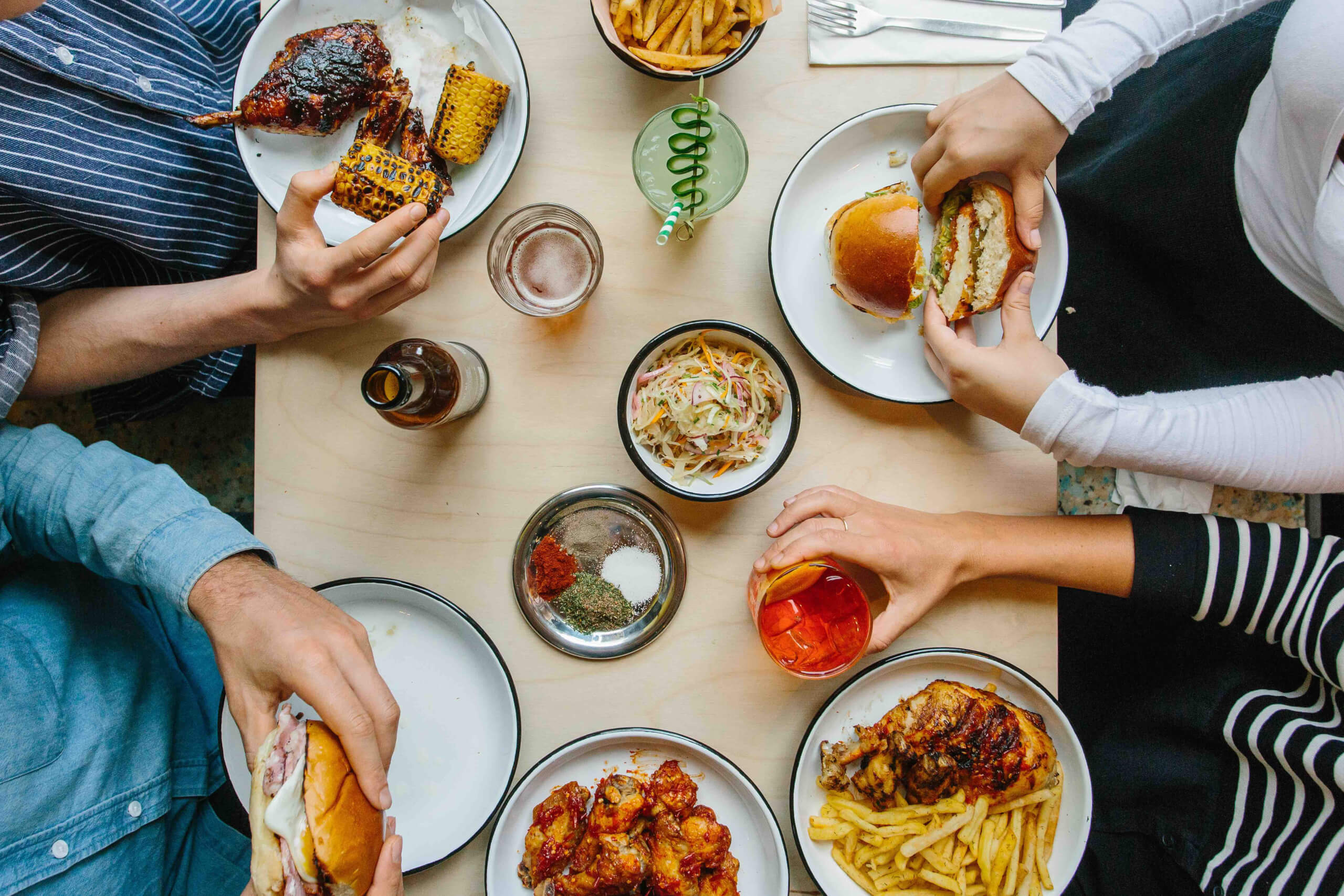 As mentioned previously, H.en offers a beak to feet menu. Having lived in Hong Kong for over a year, I somehow managed to artfully dodge eating any chicken feet, back on UK soil and my game was up. Let’s not pretend here. There’s not much meat found on a chicken foot – it’s practically all bone, but the paw part offers tiny nuggets of meat. The feet are fried, and are quite salty, but I enjoyed them nonetheless. I feel it’s the type of dish that is there for novelty factor, rather than taste. And they are by far much tastier than the feet being cooked in Hong Kong. Trust me.

The slaw is fantastic; light and refreshing. The slaw hasn’t been filled out with spoonfuls of mayo, it’s just veggies weaved with a light touch of mustard. Sublime. The green salad is a good shout, and the corn is topped with chicken skin butter. Get your nashers round that. 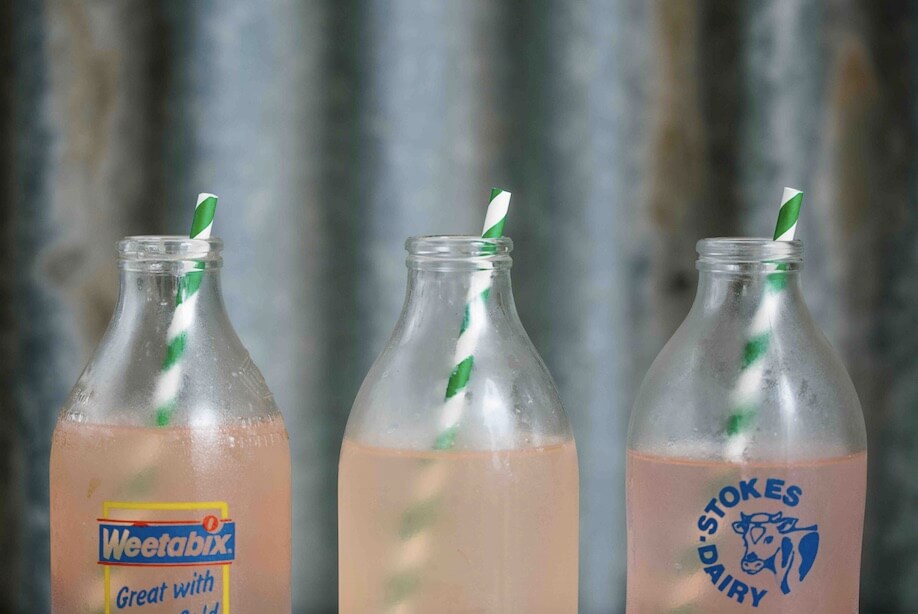 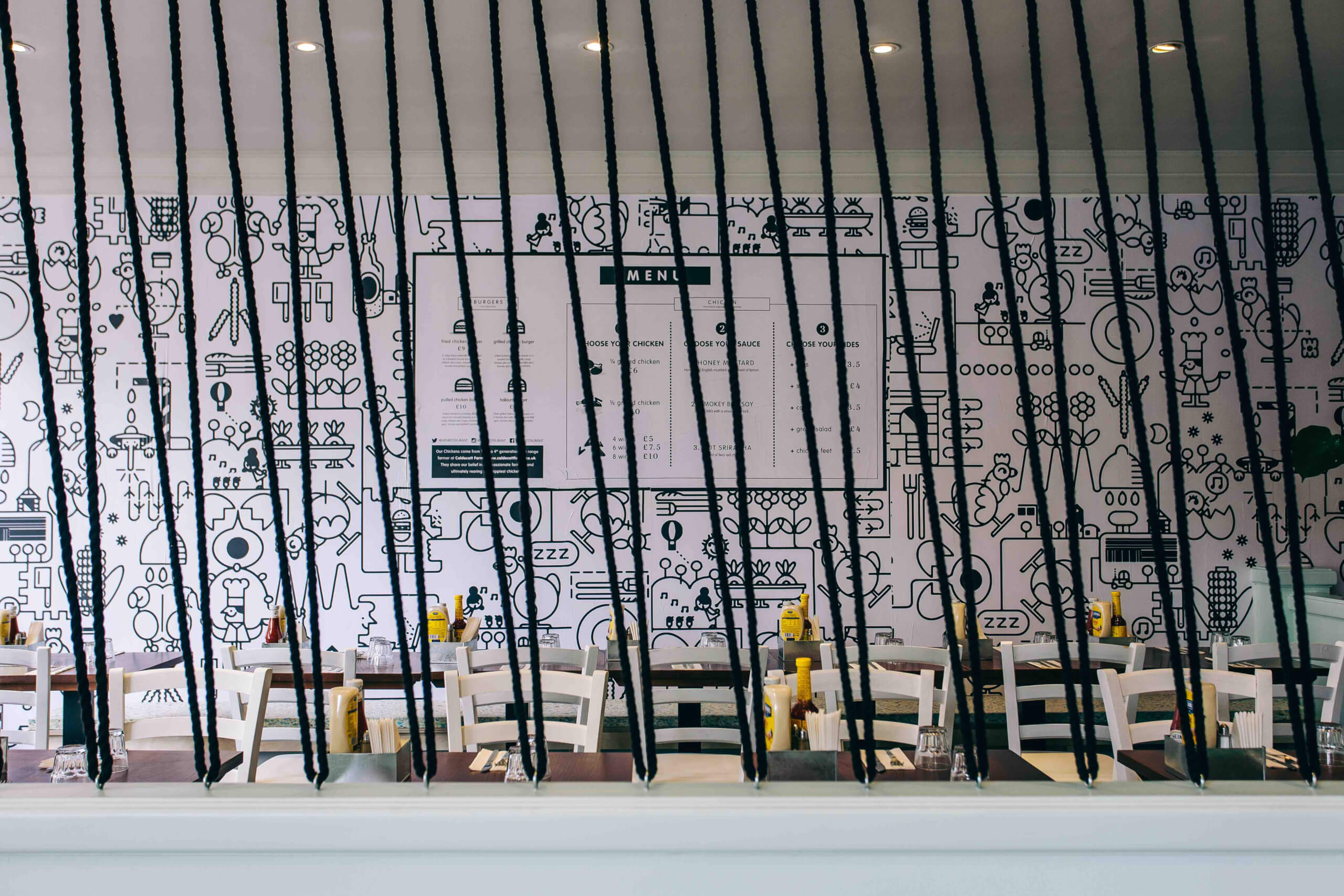 H.en’s ethical approach to sourcing their ingredients and chicken makes this restaurant a cut above the rest – you can’t knock the quality of the food, and although this a new restaurant, they haven’t cut corners. You can get a decent feed for under a tenner, and their passion for the food is infectious. There’s a hell of a lot of choice on Upper Street, but these guys will be spreading their wings in no time.