Food / Features / Reviews / Try This: Dinner in a Synagogue

Try This: Dinner in a SynagogueBy Claudine Levy

Jelly and I met in front of a bowl of chicken soup three years ago at university. So it seemed apt that we spent the frantic days before the About Time. launch sitting in a Jewish restaurant in the heart of the East End.

Restaurant 1701 is nestled inside Bevis Marks Synagogue – the oldest synagogue in the UK – and the setting, as well as the food, provides a certain drama. If you’re a fan of Simon Amstell’s Friday Night Dinner, or Larry David’s Jewish neuroses in Curb your Enthusiasm, you’ll love this restaurant. It is one of the best places to immerse yourself in London’s Jewish culture; through food as well as the setting. 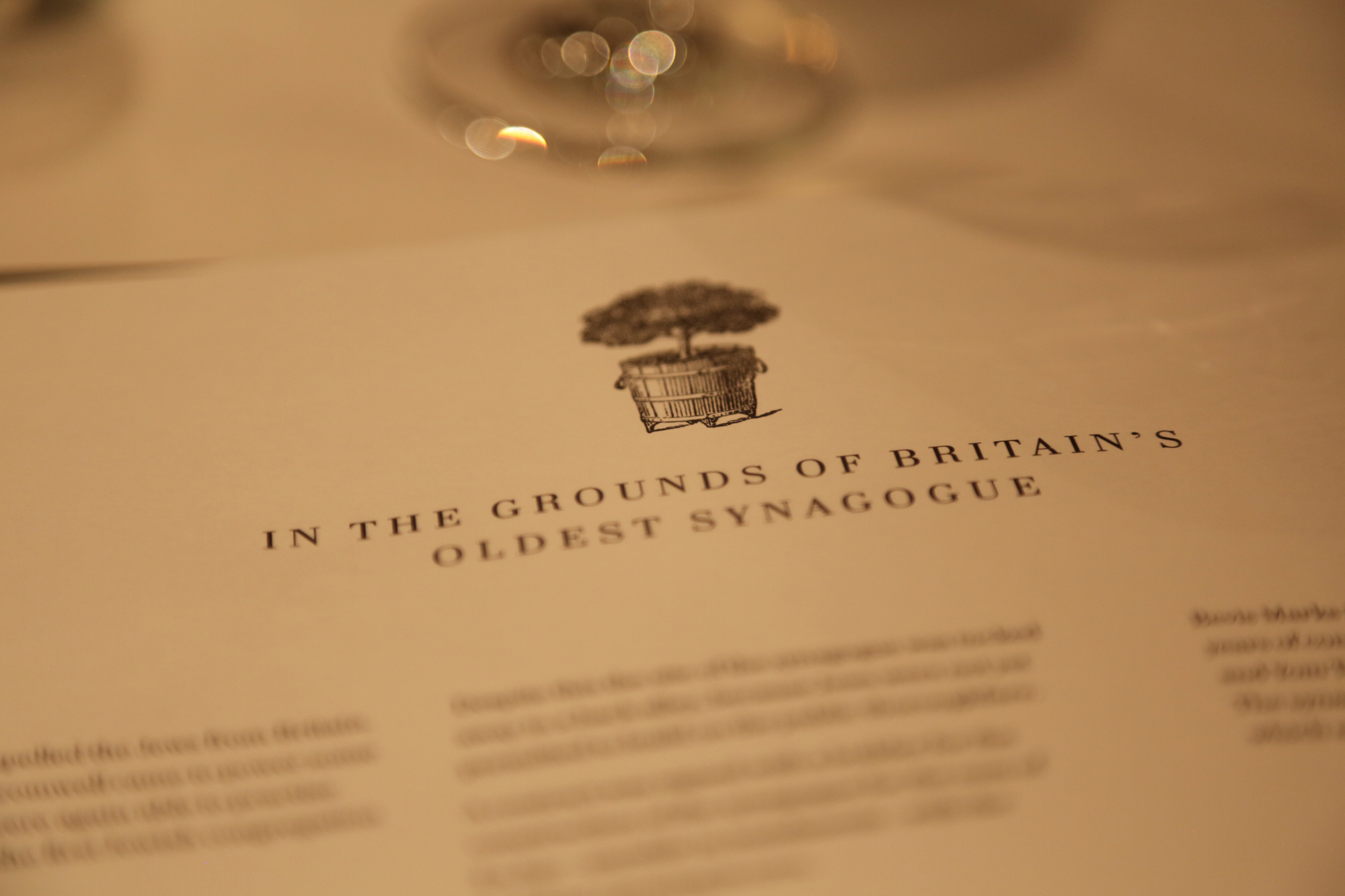 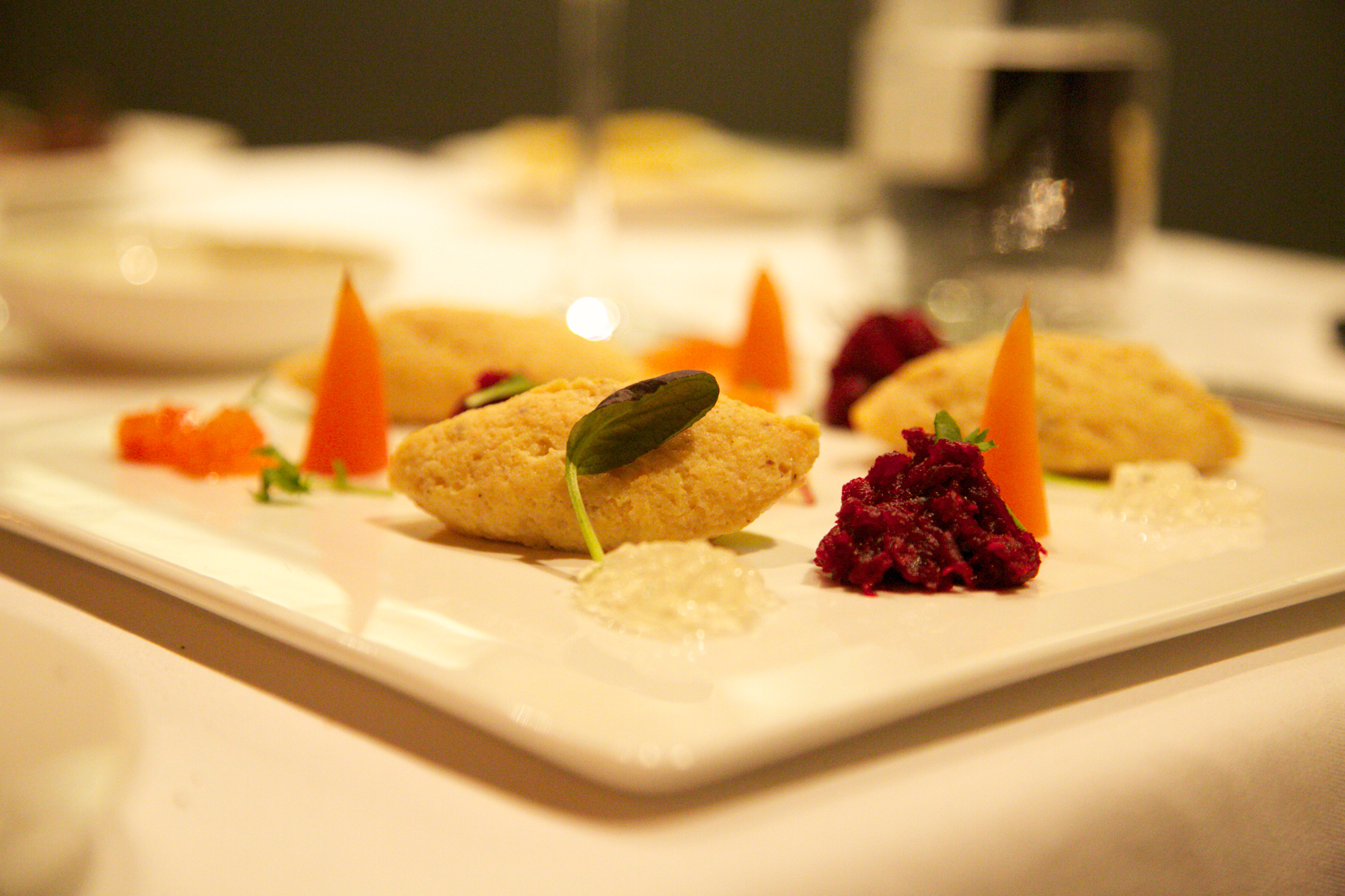 The food, as well as the conversation, is spectacular. You’d be none-the-wiser that the restaurant abides by the strict dietary laws of Kashrut, for every dish is well-executed and technically flawless. J started with a miso aubergine dish, served with a ‘sesame snow’, which she thought was freaky, but I thought added an amazing texture (*bickering ensues*). 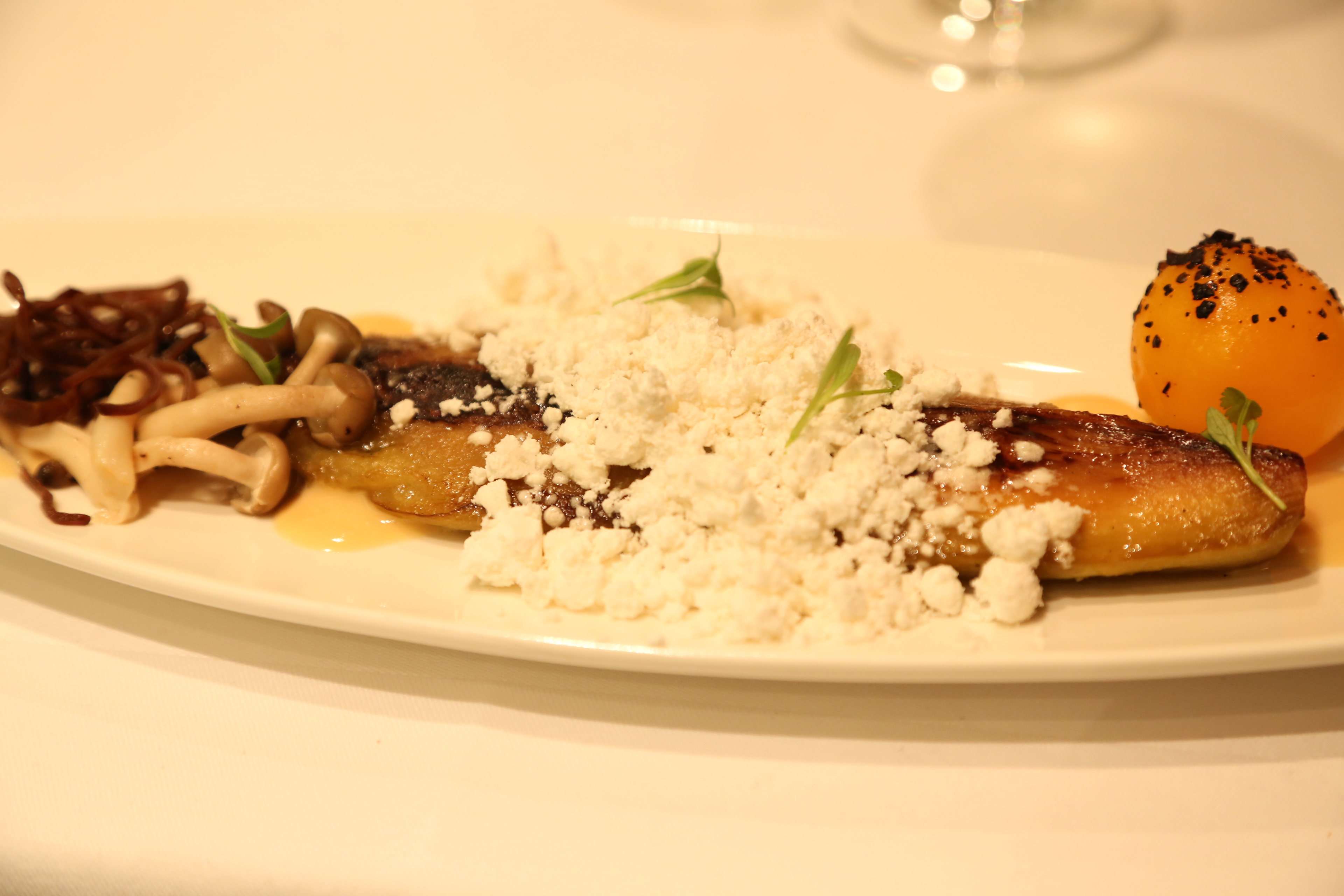 I opted for the gefilte fish, a traditional eastern European Jewish dish made from minced boiled fish, which usually resembles an eyeball topped with a soggy slice of carrot. Yum. 1701 thankfully presented us with a delicate plate of poached sea-bass quenelles which were light, fluffy and delicious. 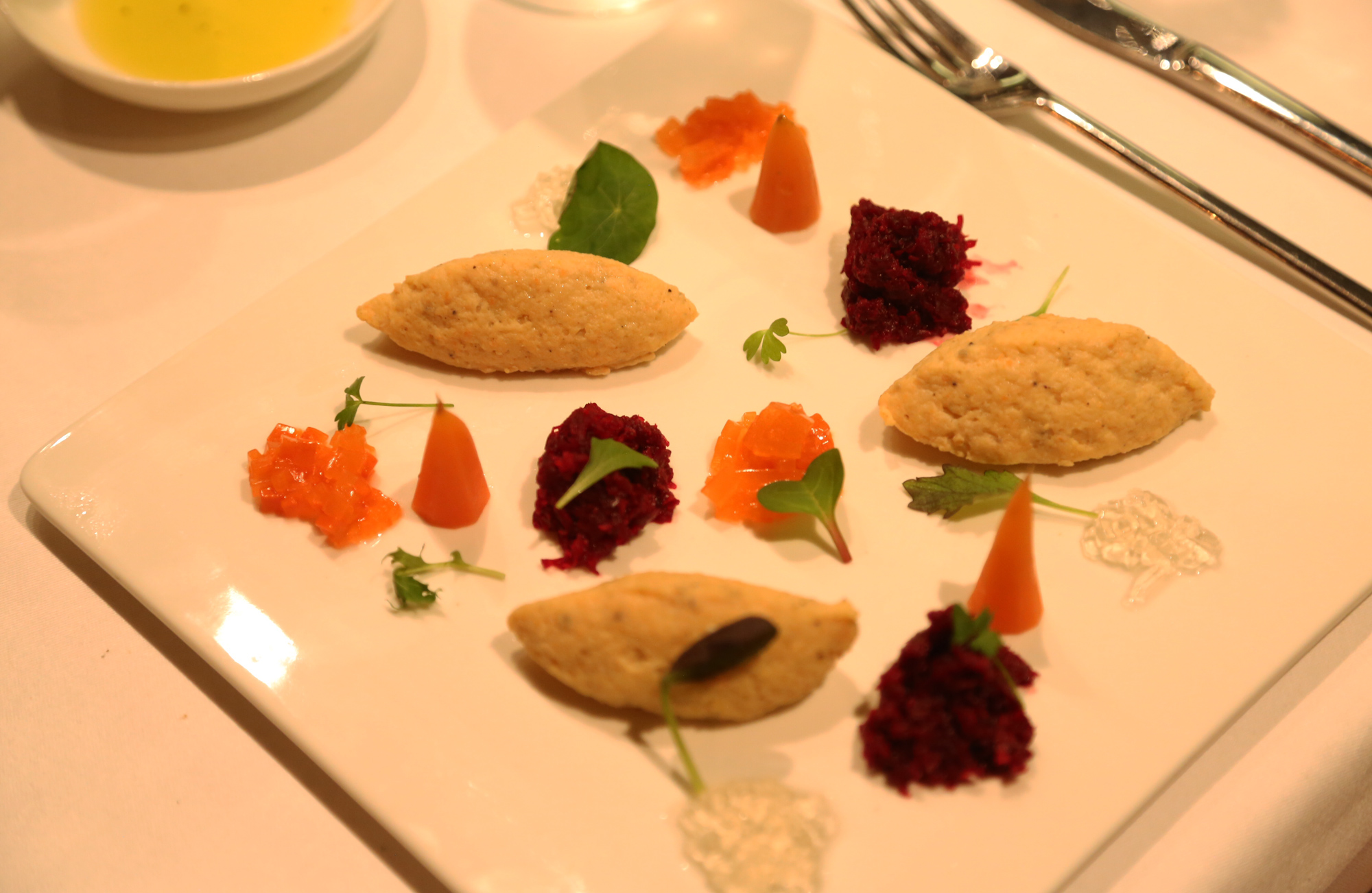 For mains I ate the duck, which was served perfectly pink with sticky rice and sweet tamarind purée, while J ate a dish of hay-smoked short-ribs which were sticky and melting and dribble-inducing, despite the celeriac purée being a tad tepid. 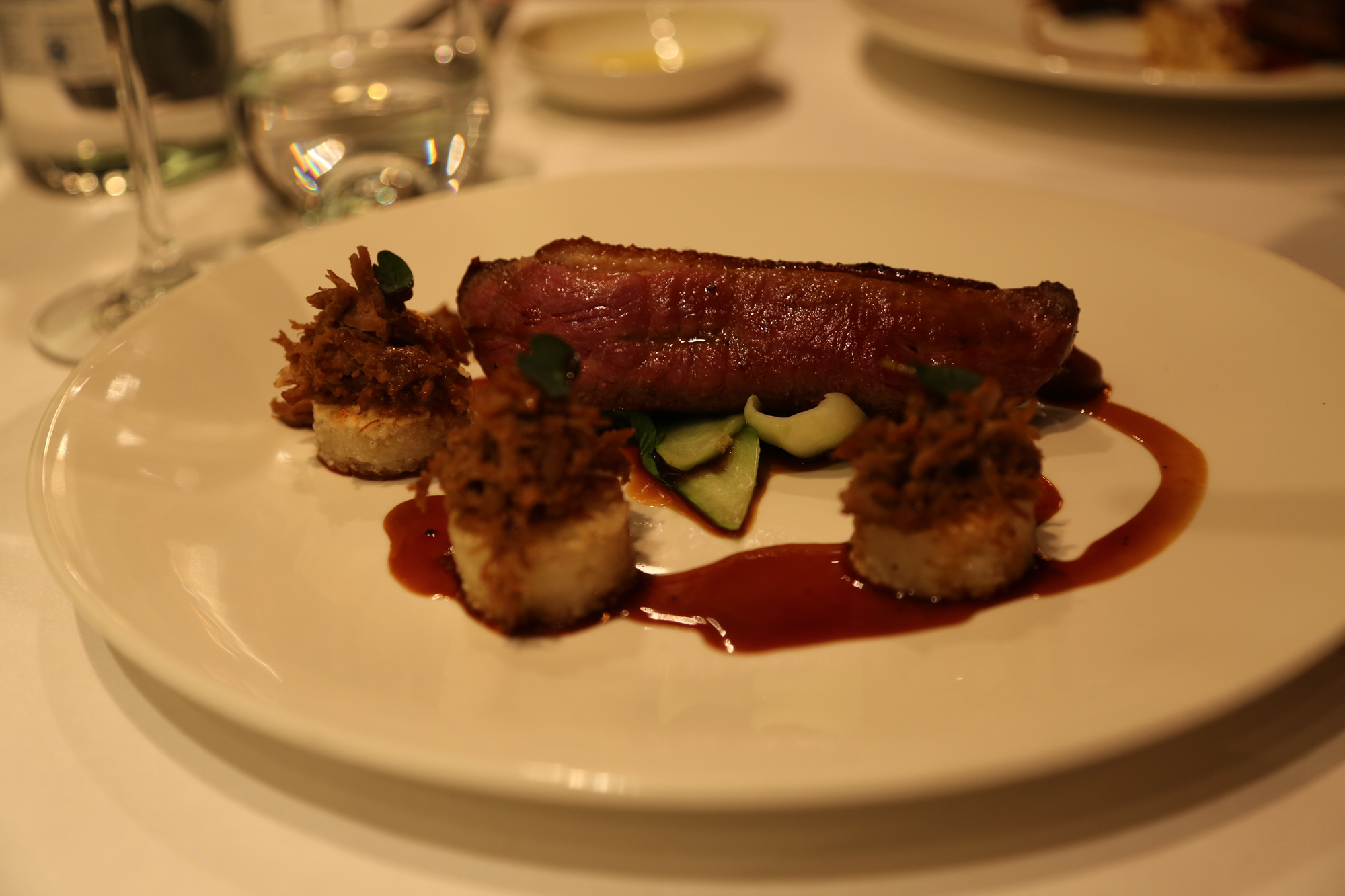 Because our greed knows no bounds we also shared a plate of ‘krepelach’ – little crisp dumplings filled with deep, nutty Jerusalem artichoke served with caramelised red onion and piquant pickled artichoke. It was either the fact that we were sitting so close to a place of worship, or the skill of the chef, or simply my artichoke fetish, but that dish was divinely inspired. I still think about it. All.The.Time.

The pudding was equally impressive, our favourite was a little semolina cake soaked in orange blossom and served with carrot sorbet and black olive ‘soil’ – that poncey affectation which just means ‘dried-out’. Either way, it was bloody fantastic, the salty olives providing a great texture as well as a salty kick to balance the sickly-sweet orange syrup. Everything else after that was a blur. Something to do with strawberry caviar and coconut rice pudding. I forget. 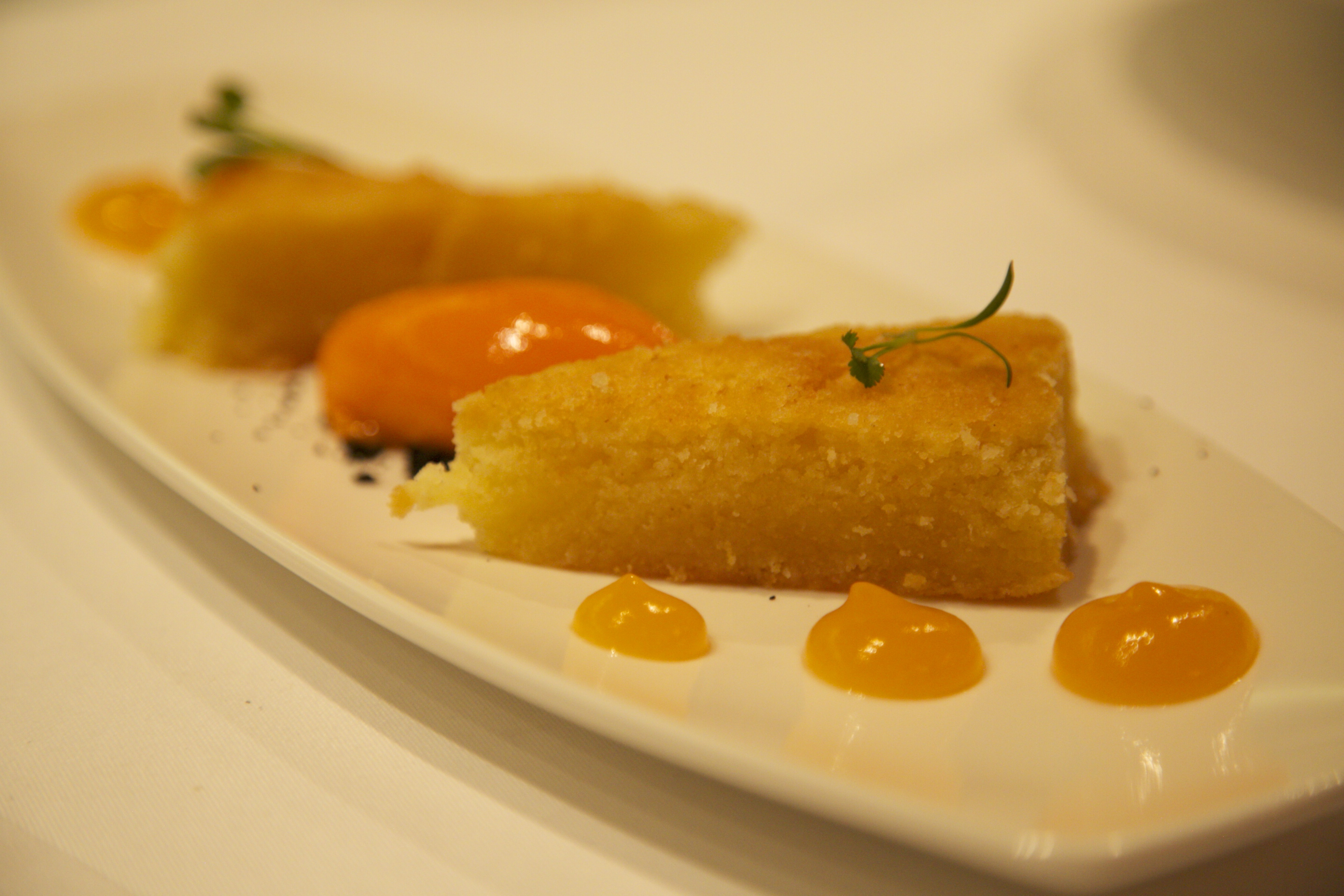 This chic little restaurant transforms traditional Jewish food into a fine dining affair. It may be a tad pretentious, and if you don’t dig foams, purées and swishes across the plate made with the black of a spoon, you might not be 1701’s biggest fan. But that would be your loss, as this place makes the beating heart of Jewish food a thing of theatrical beauty. 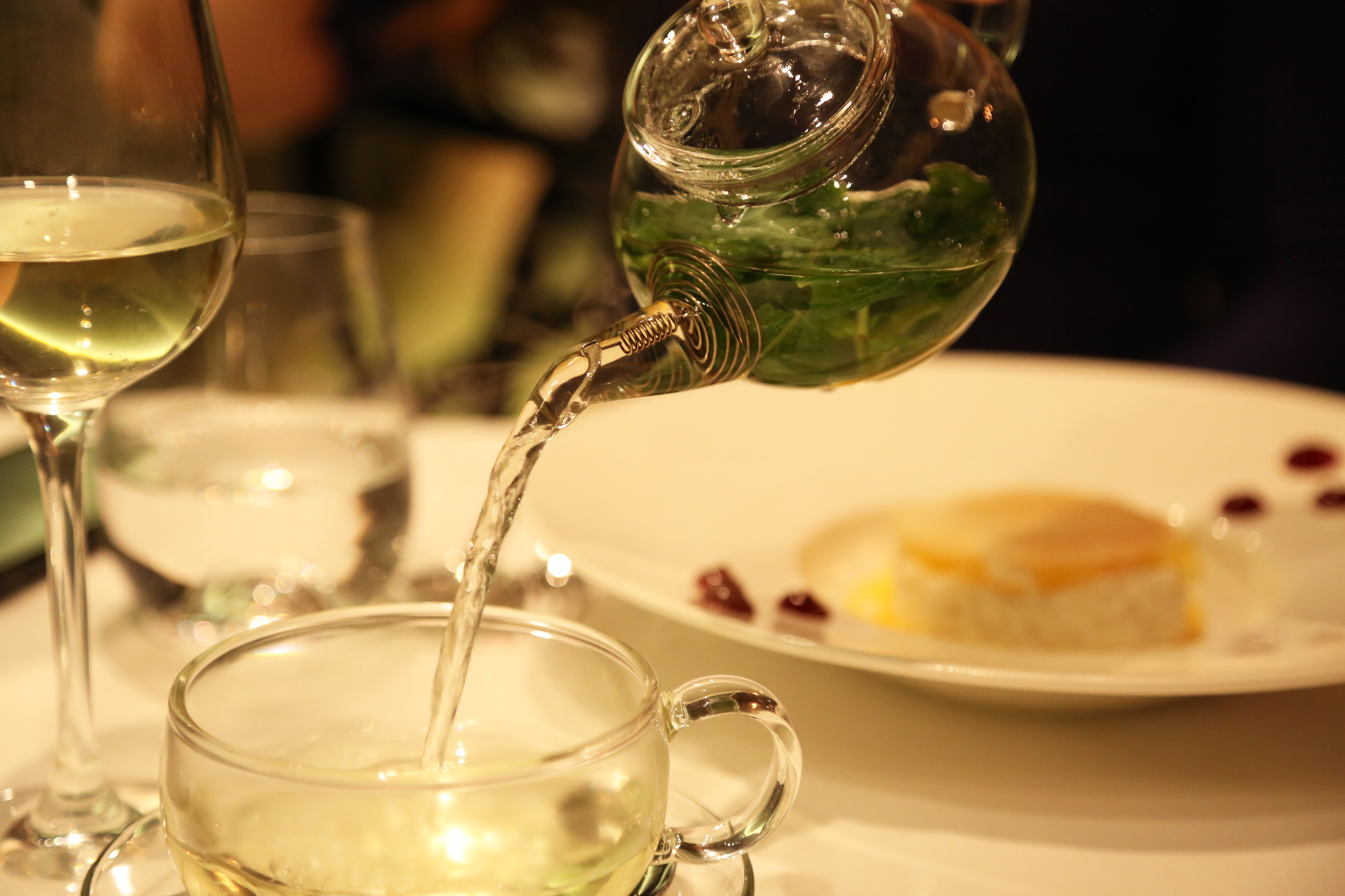