There’s so many new foodie treats on offer in London this March; Champagne botanical cocktails, vegan comfort food and all those fun new pop-ups. Life is too short to be drinking bad wine, and it’s certainly too short to be devouring sub-par food. Here’s 5 things you need to eat in the capital this week and why… 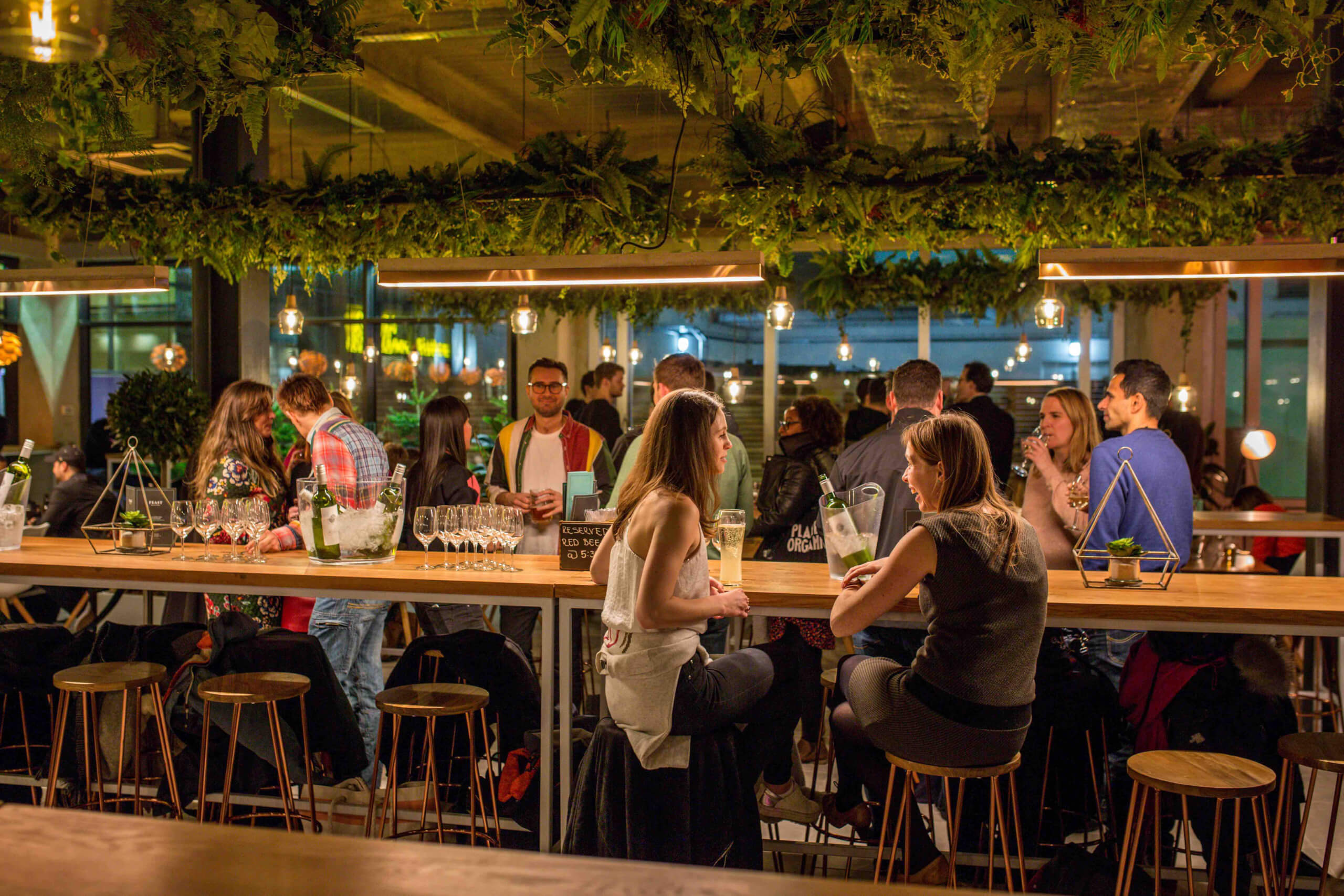 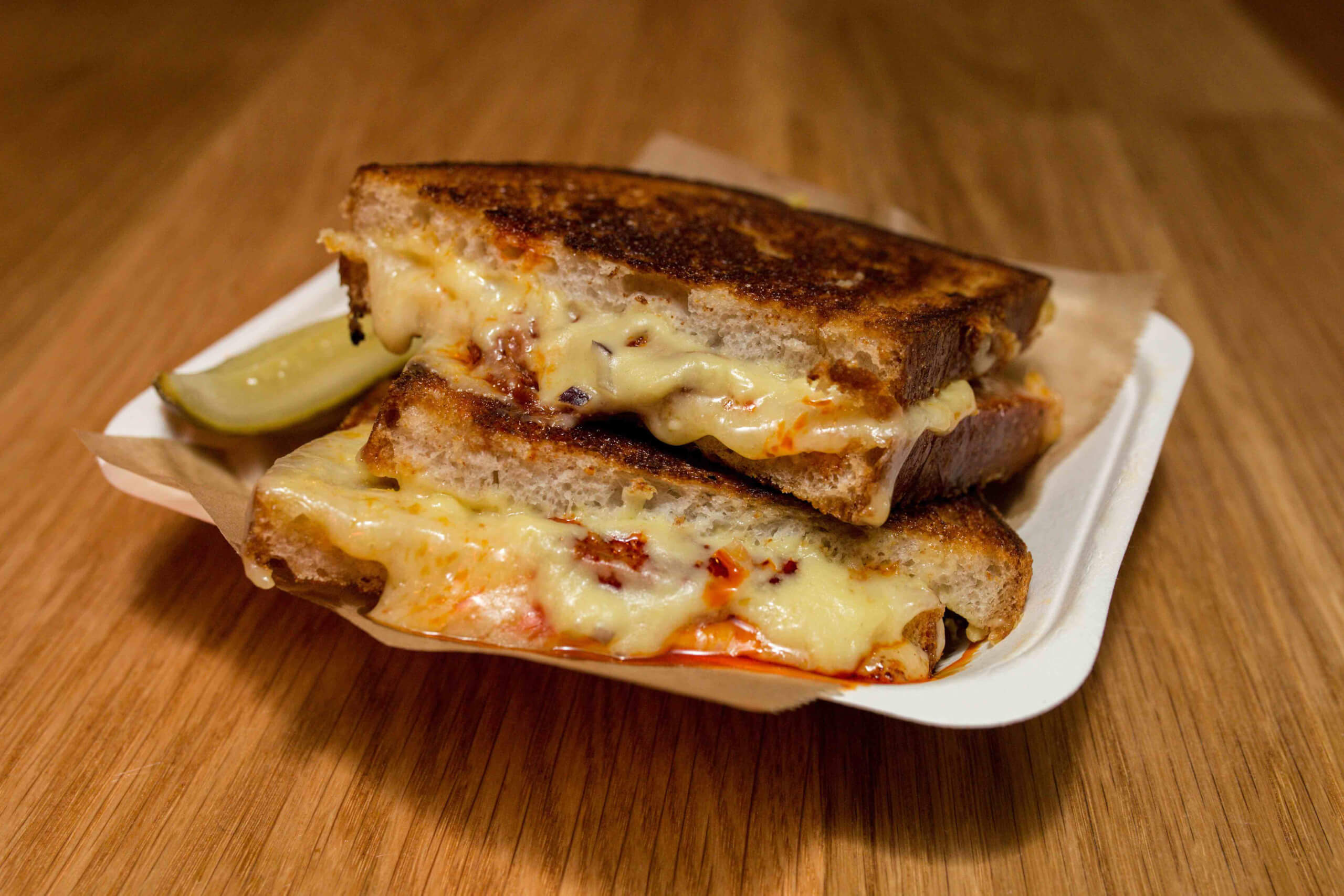 What: Recently opened, FEAST Bar & Kitchen in the former BBC Centre houses big sharing tables and communal seating for 300 diners, as well as a rotating line-up of the capital’s most incredible independent eateries – all under one roof.

Why: First up in this exciting series of six-month residencies are Mexican taco maestros Del 74, and Hackney comfort food kings Morty & Bob’s. Bespoke all-day menus have been created for FEAST Bar & Kitchen, including hearty Mexican sandwiches and juicy tacos from Del74, as well as epic grilled cheese sandwiches and wholesome salads from Morty & Bobs. And rest assured, whether you like your meals meaty, veggie, vegan or free-from everything except epic flavour, these street food-inspired kings have got you covered. 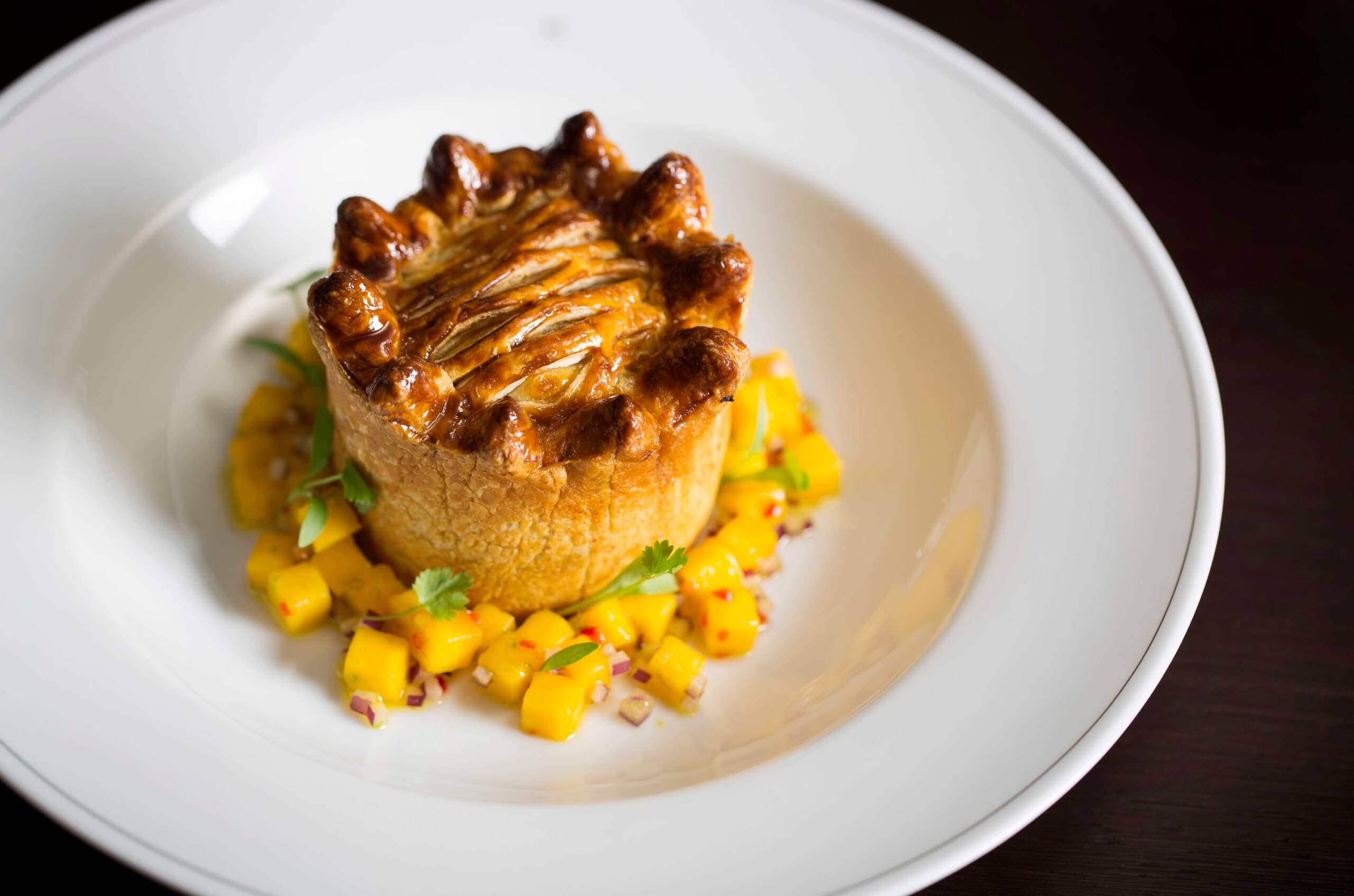 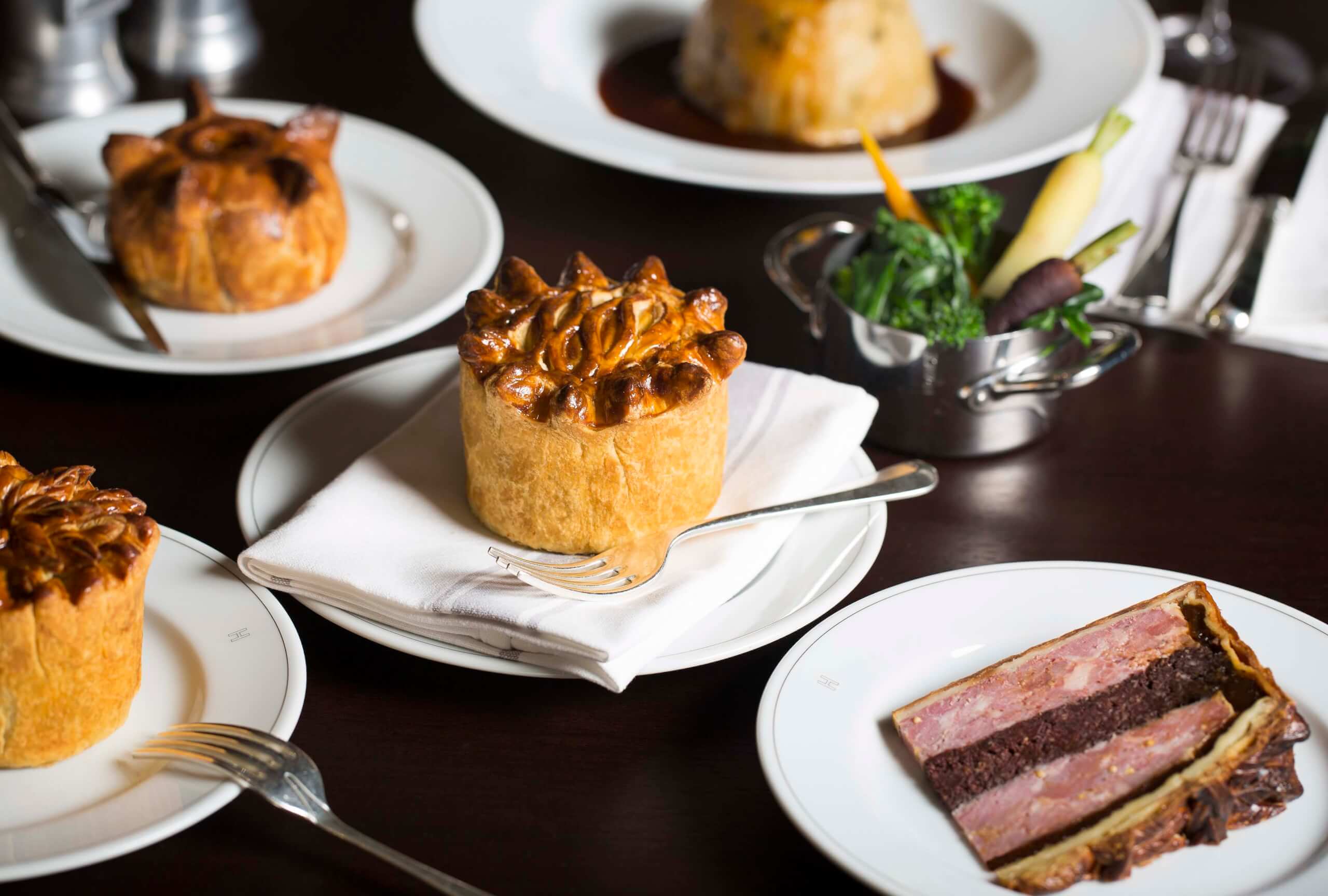 What: The Pie Room at Holborn Dining Room is opening on Monday (5th March) and it’ll make all your pie dreams come true. Spearheaded by Executive Head Chef and pastry expert, Calum Franklin, The Pie Room at Holborn Dining Room features a treasure trove of savoury delicacies, and somewhere for every food lover to swing by and take away one of the beautifully intricate pastry creations.

Why: The Pie Room offers a selection of sweet and savoury pies, either to be enjoyed individually (prices from £5.50) or with others (£30 to serve 4-6 people). Seasonal pies can be ordered from The Pie Room and enjoyed in Holborn Dining Room’s grand brasserie, both as part of a special Pie Room launch menu (which offers four creative pie flavours), and as part of the a la carte menu throughout the year. 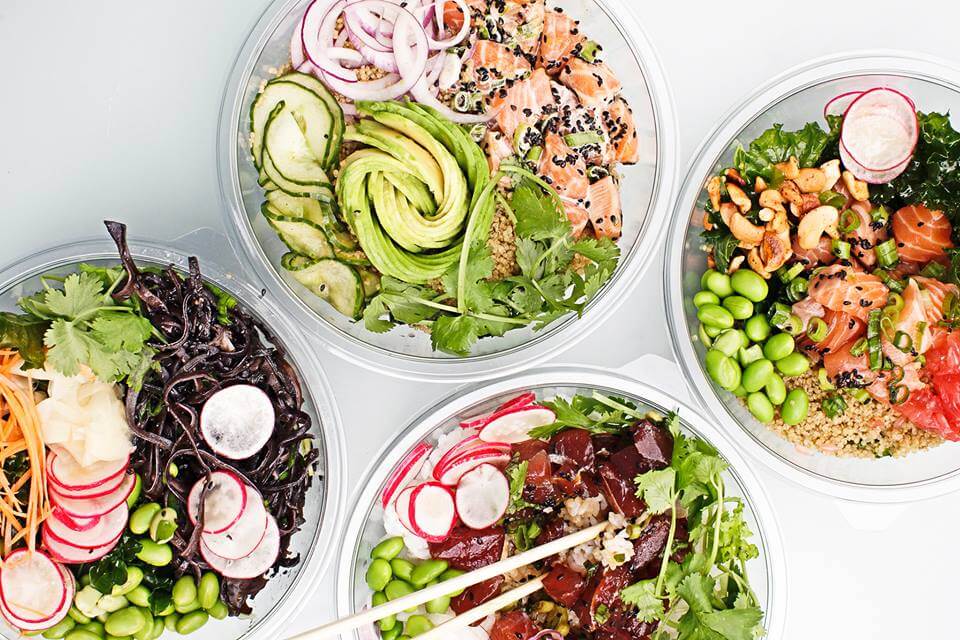 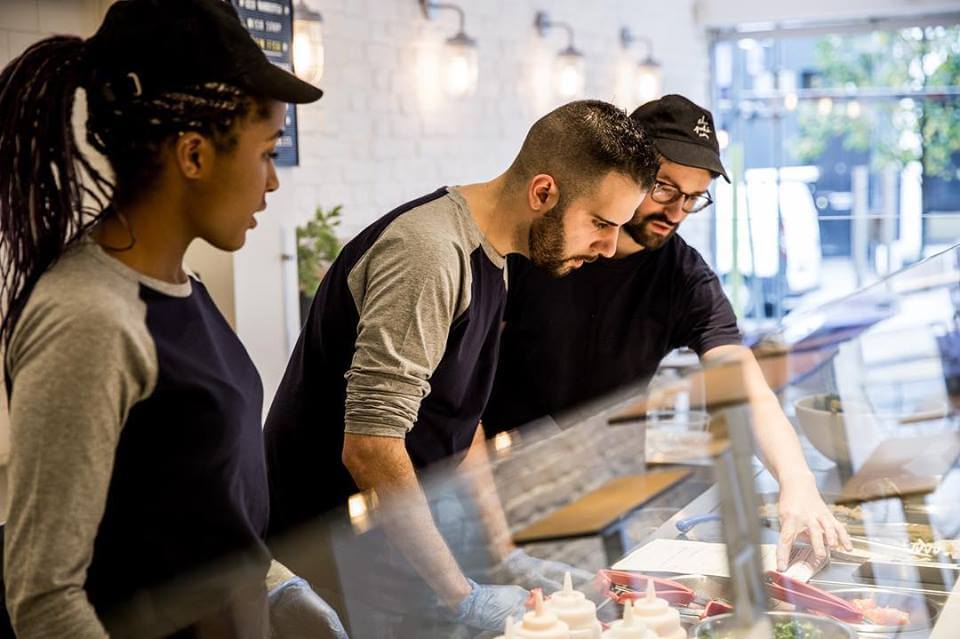 What: Calling all poke lovers! On Wednesday (7th March) Ahi Poké will be celebrating their new opening at the Bloomberg Arcade with 50% off their signature poké bowls throughout the day. Having first discovered poké during their travels through California, the three childhood friends, Jeremy Coste, Gabriel Cohen-Elia and David Bellaiche have brought a fresh outlook on the traditional Hawiian fish dish, with flavours mapping Asia and the Middle East. 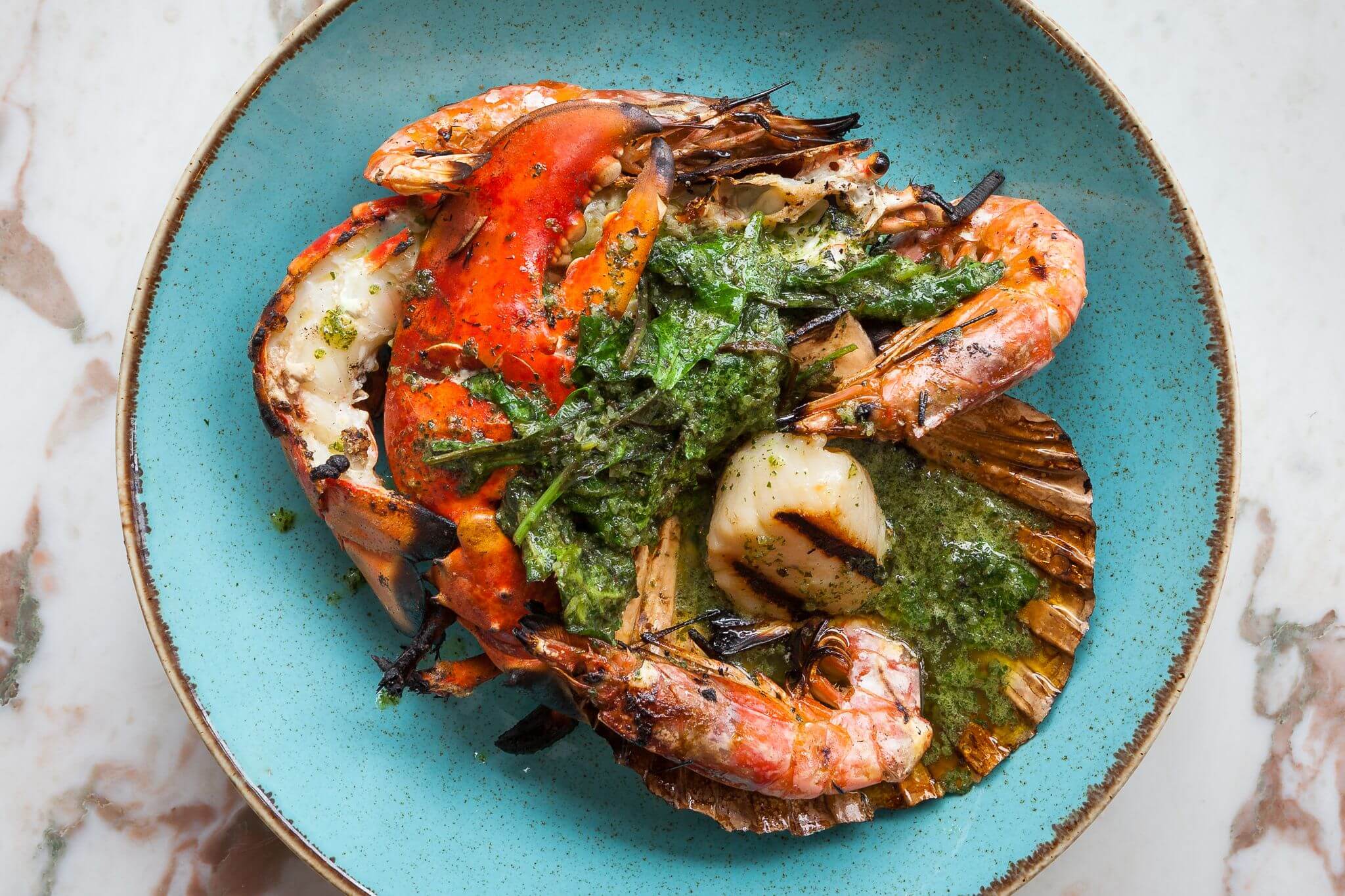 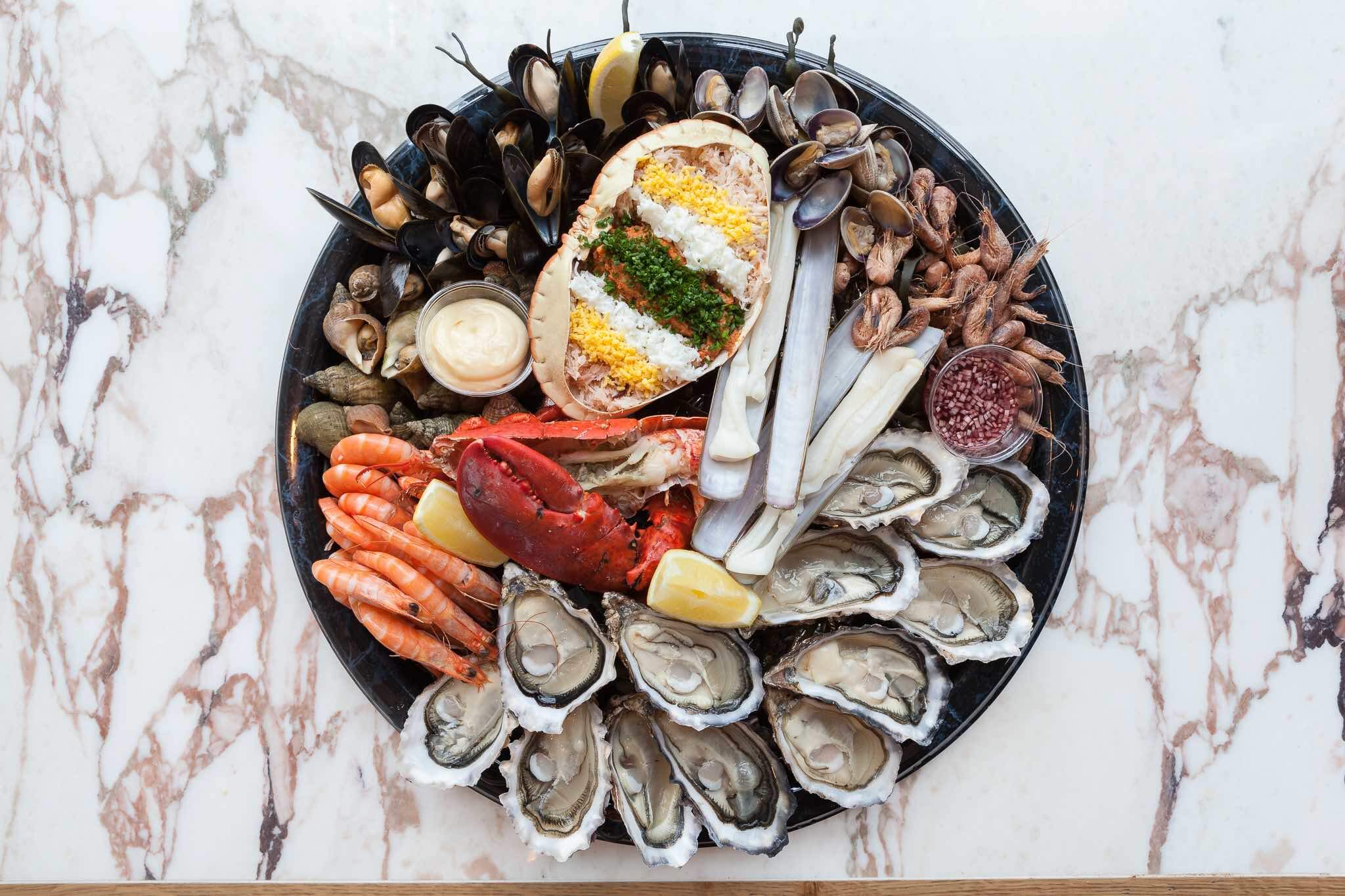 What: After smashing their Battersea opening out of the park, Wright Brothers have extended their delivery service to Spitalfields – allowing residents of East London to wolf down their speciality seafood at home.

Why: Available through Deliveroo, those local to Spitalfields can order a selection of the Wright Brothers menu directly to their doorsteps. Dishes available include the likes of soy-mirin marinated Var Salmon with tempura avocado poké bowl, a selection platter of oysters and seafood platters including the full house: 6 oysters, dressed Devon crab, razor clams, Cornish mussels, Atlantic prawns, whelks and brown shrimps. 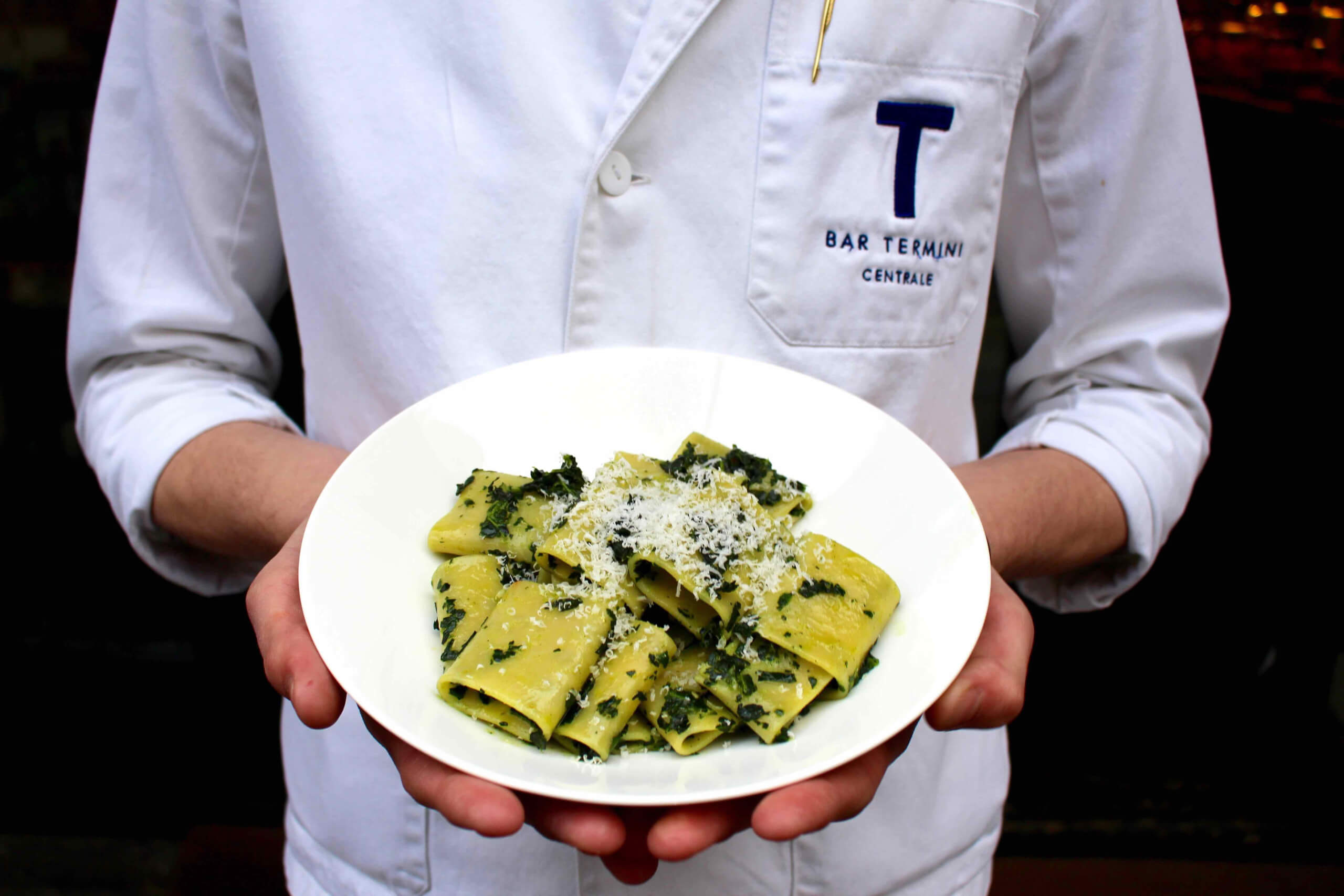 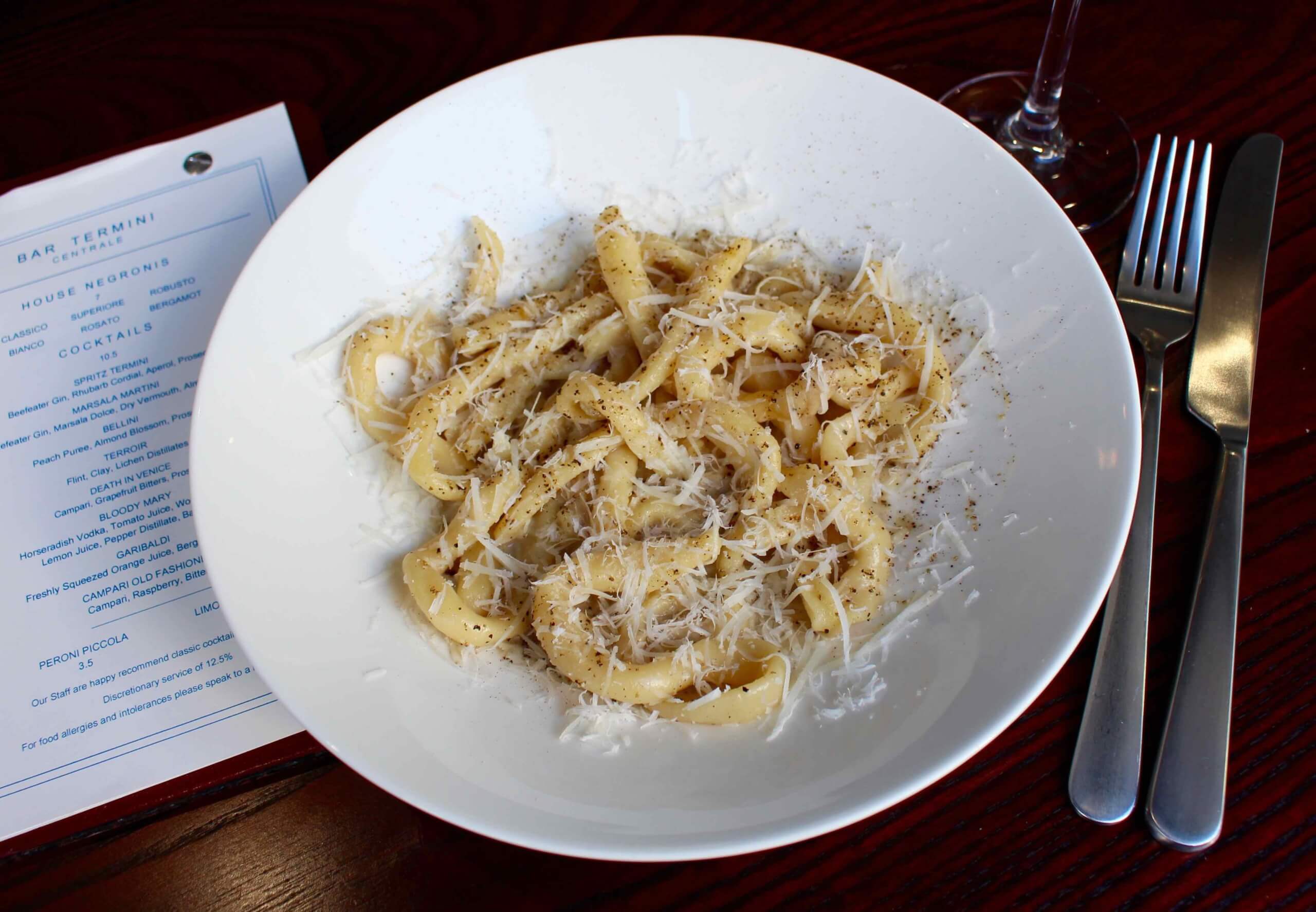 What: Bar Termini Centrale​ is now host to a two month pop-up residency from ​Fat Tony’s​, a new restaurant specialising in fresh, handmade pasta from exciting young chef James French. Making its London debut at Marylebone’s ​Bar Termini Centrale ahead of its permanent South London launch this summer, ​Fat Tony’s serves traditional pasta dishes, inspired by James’s travels around Italy and an apprenticeship at the Michelin-starred ​l’Erba del Re in Modena​.

Why: Popping-up Wednesday – Saturday, midday to 9pm, until the end of April, ​Fat Tony’s menu features pappardelle with longhorn shin ragu​; tagliarine with clams, samphire, chilli and garlic and ​stracchino; and  ricotta and parmesan torteloni with sage butter​, all created using fresh pasta, made by hand on-site daily. Starters such ​as burrata with sea salt and olive oil and ​panzanella are also featured on the menu, with the likes of ​grilled peaches with amaretto and creme fresh served for dessert. 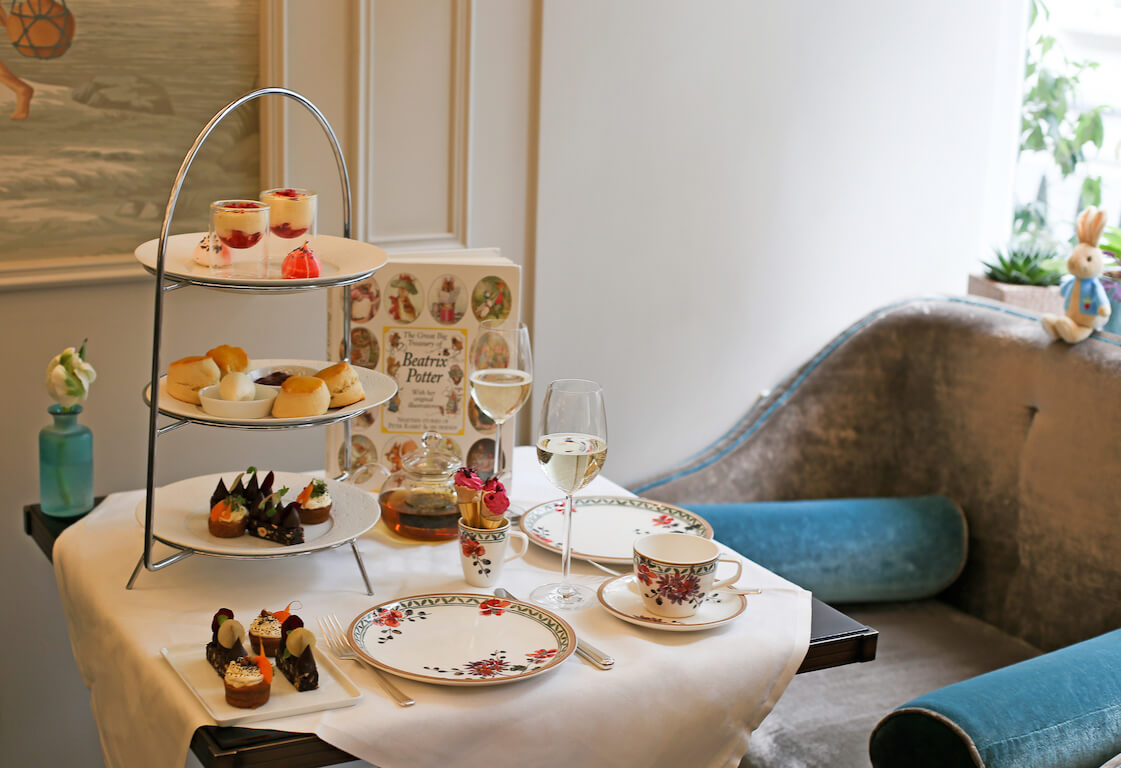 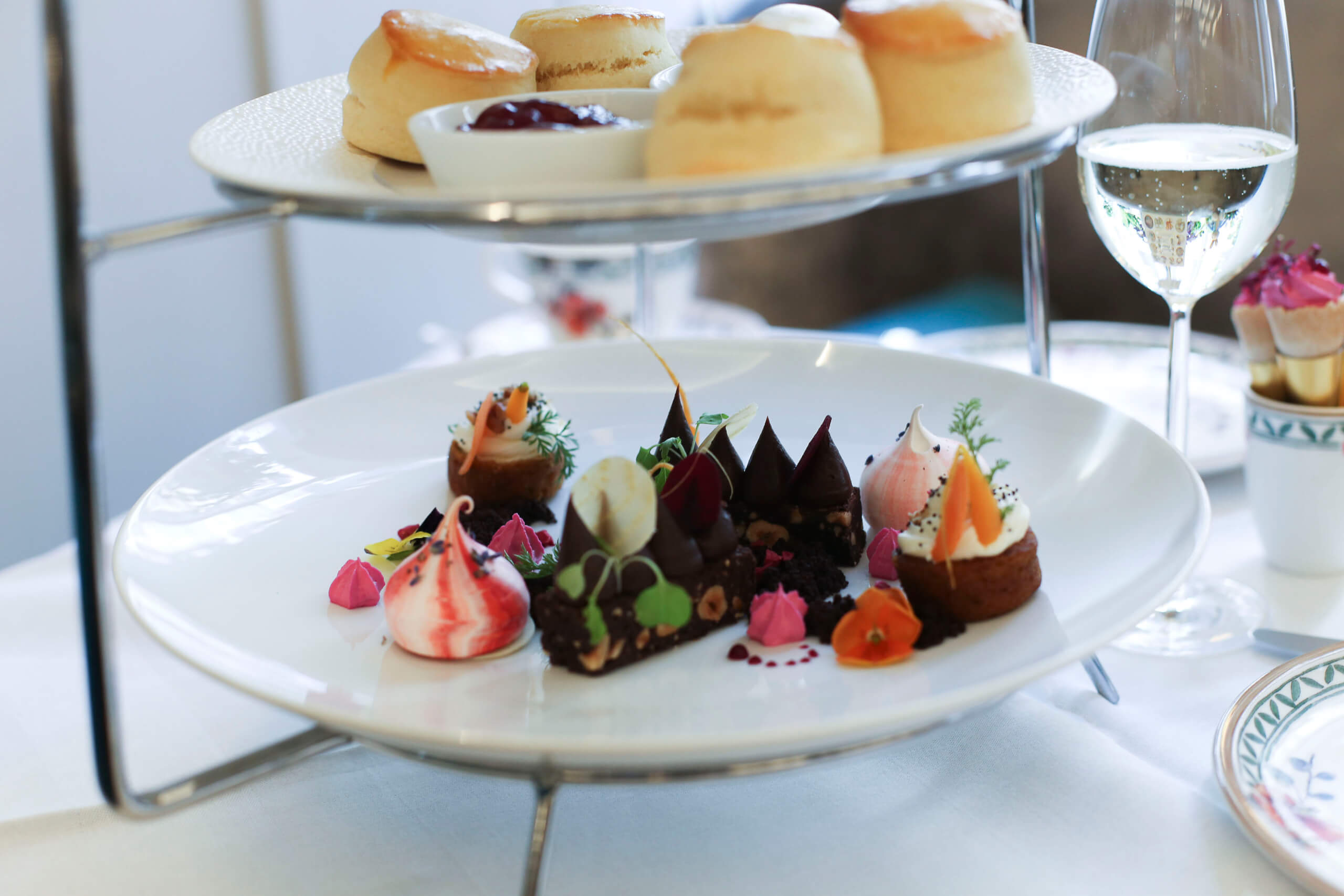 What: Flee the burrow to Flemings Mayfair and nibble your way through the brand-new Peter Rabbit-themed afternoon tea in celebration of the eagerly anticipated film with an all-star cast. Served in the glamourous Drawing Room at the luxury boutique hotel in Mayfair, grab your best bunny and enjoy sweet treats inspired by Peter’s favourite vegetable patch along with a Champagne Devaux botanical cocktail.

Why: Created by Michelin-awarded chef Shaun Rankin, begin with a refreshing chilled tomato gazpacho, followed by an array of delicate sandwiches with fillings including mozzarella, pesto and basil; and free-range egg mayonnaise and chickweed. Petit fours come in the form of a carrot cake; strawberry and lavender pavlova; dark chocolate and beetroot brownie and rhubarb and custard. 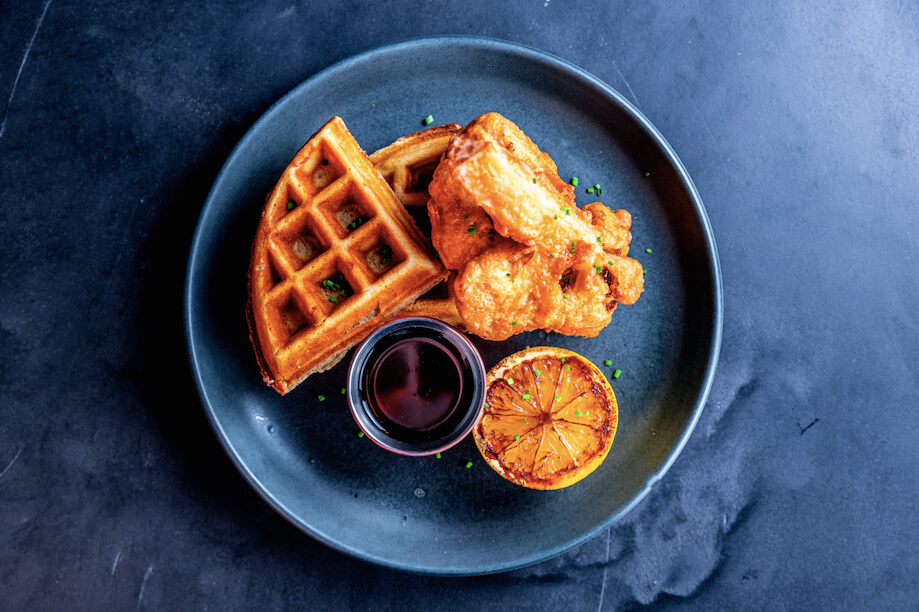 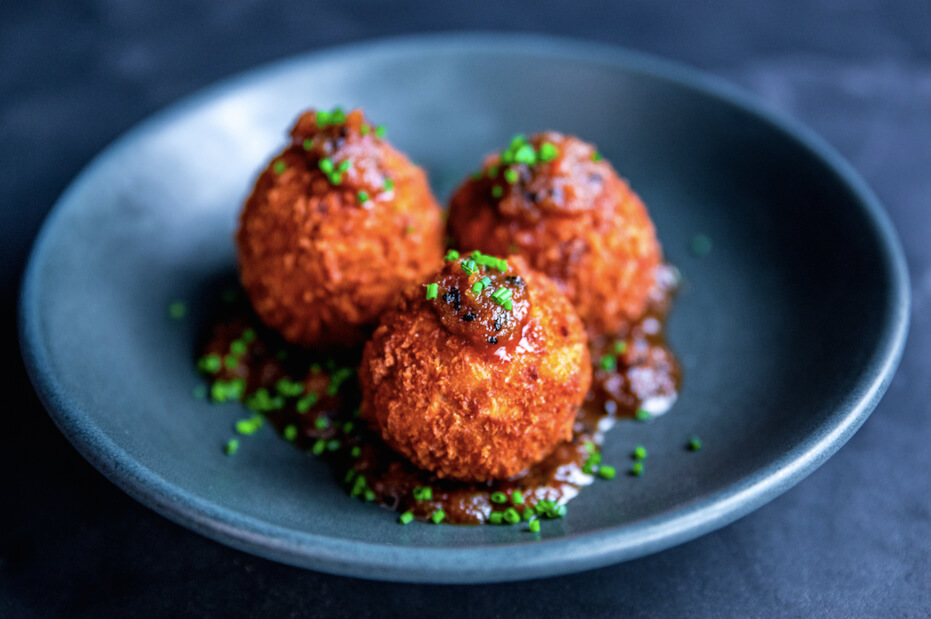 What: The Dirty Bones team are opening a plant-inspired comfort food concept, Dirty Vegan, on Monday (5th March). Born from a desire to make comfort food accessible to everyone regardless of any dietary requirements or preferences, the Dirty Vegan menu will feature a number of plant-inspired vegan twists on Dirty Bones’ signature dishes, as well as a vegan cocktail and drinks list specifically curated to compliment the food.