Drink / Bars / Cocktails / 5 of the Best: Places to Drink Whisky in London This Weekend

5 of the Best: Places to Drink Whisky in London This WeekendBy Angelica Malin

Looking for the best whisky bars in London? We’ve got it covered with our pick of the five best places to drink whisky in the capital this weekend. Get your credit card out, we know where to find whisky in London and we ain’t afraid to show it: 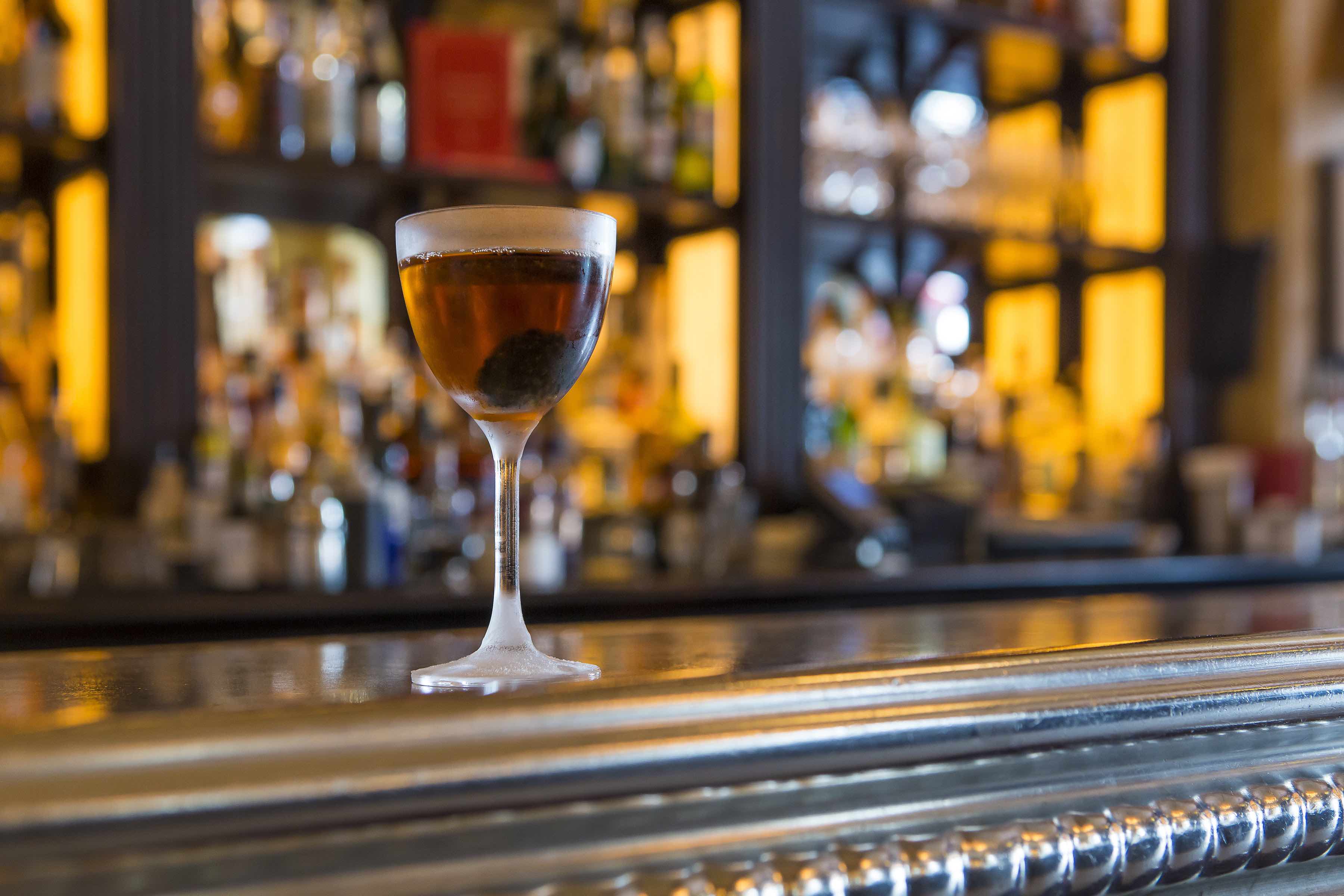 The Run-Down: Balthazar has launched a brand new American Whiskey menu and ‘Manhattan Hour’ (10 Manhattans priced at £10 each, from 10pm every day). The American Whiskey menu celebrates the restaurant’s New York roots with a range of authentic American Whiskeys from more than 15 US states. The Manhattans are combinations of different types of whiskeys, vermouth, bitters and garnishes, and each name draws inspiration from different area in Manhattan. Highlights from the menu include Harlem, a smooth mix of Maker’s Mark 46, Cocchi Americano, Cynar and Orange bitters; and SoHo, a more traditional serve, made of Rittenhouse Rye, Martini Rosso and Angostura bitters. 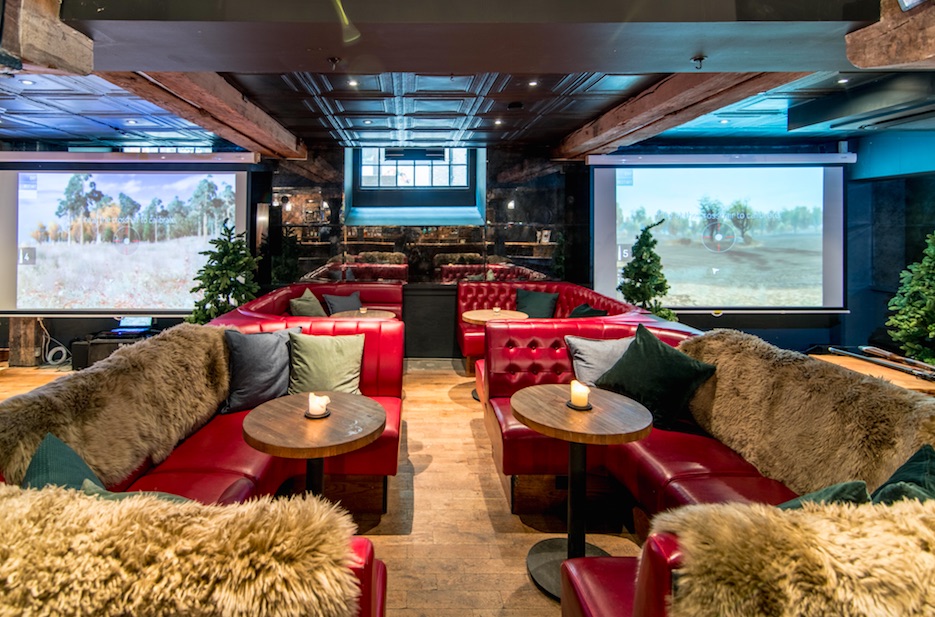 The Run-Down: Wondering where to drink whisky in London? Escape to a Highland hideaway at Mac & Wild’s Shooting Range and Whisky Bar, located at their Devonshire Square digs. If you still need a whisky education, the whisky bar has been designed to make whisky more approachable, accessible, and fun. Mac & Wild have teamed up with whisky aficionado Blair Bowman to curate the whisky menu – think whisky slushies, a selection of whisky highballs, and whisky flights. Don’t miss the daily Whisky Happy Hour between 5pm-7pm.

3. For a Collection of Whiskies: Leopard Bar 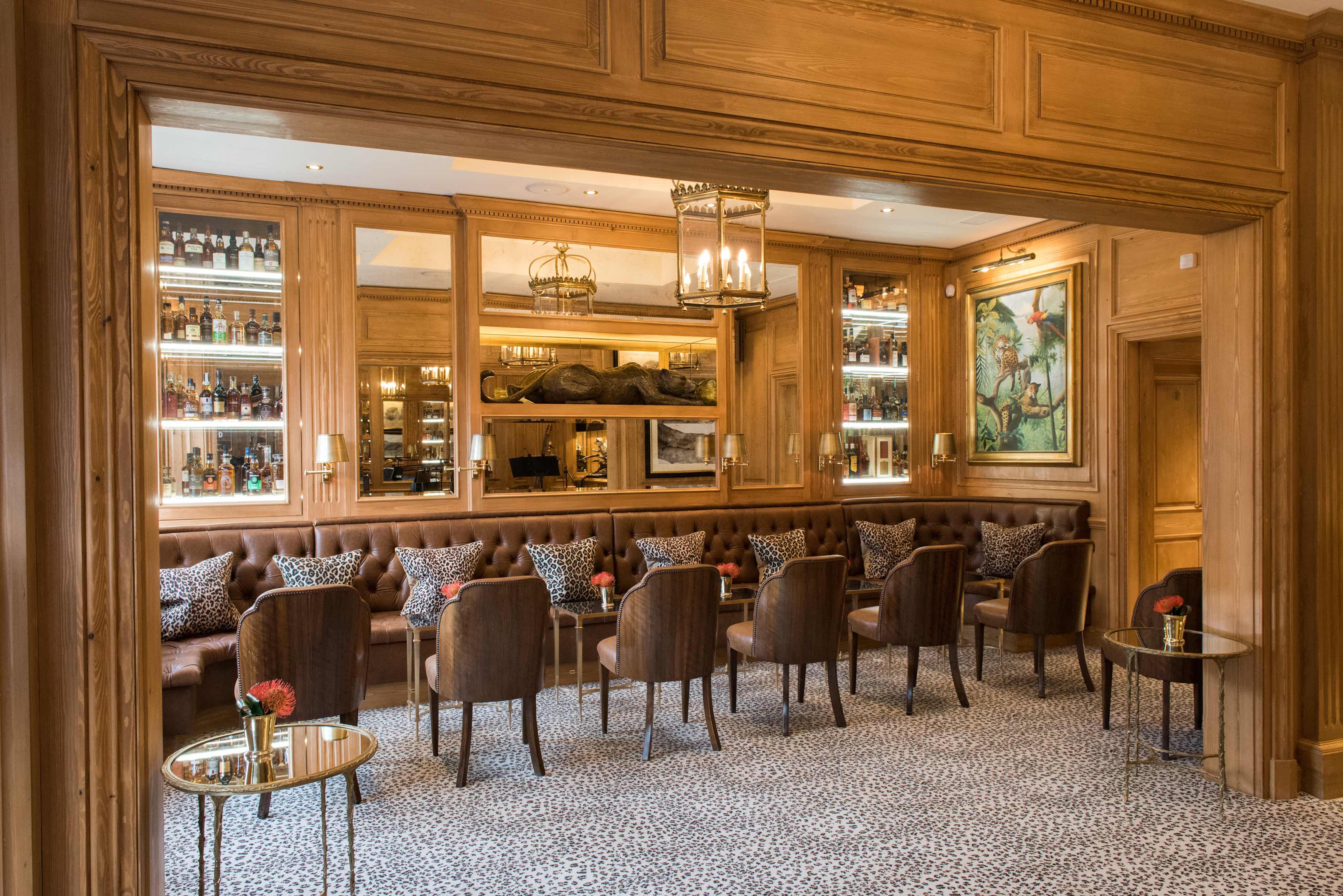 The Run-Down: Serving over 200 whiskies and 30 Champagnes against a backdrop of live jazz music, the Leopard Bar, housed inside the Rubens at The Palace hotel, is a mecca of bourbon, rye and dark spirits. Complete with lavish brown leather deep buttoned sofas, glass whisky display cabinets and antique pinewood walls, this is one of the fanciest places in town to nurse a whisky cocktail or two. Keep it classic with the Old Fashioned, a muddle of Maker’s Mark, Angostura, orange bitters and gomme sugar, or go for the body warming Godfather with Puni Alba, Amaretto and Disaronno.

4. For Innovative Cocktails: American Bar and The Savoy 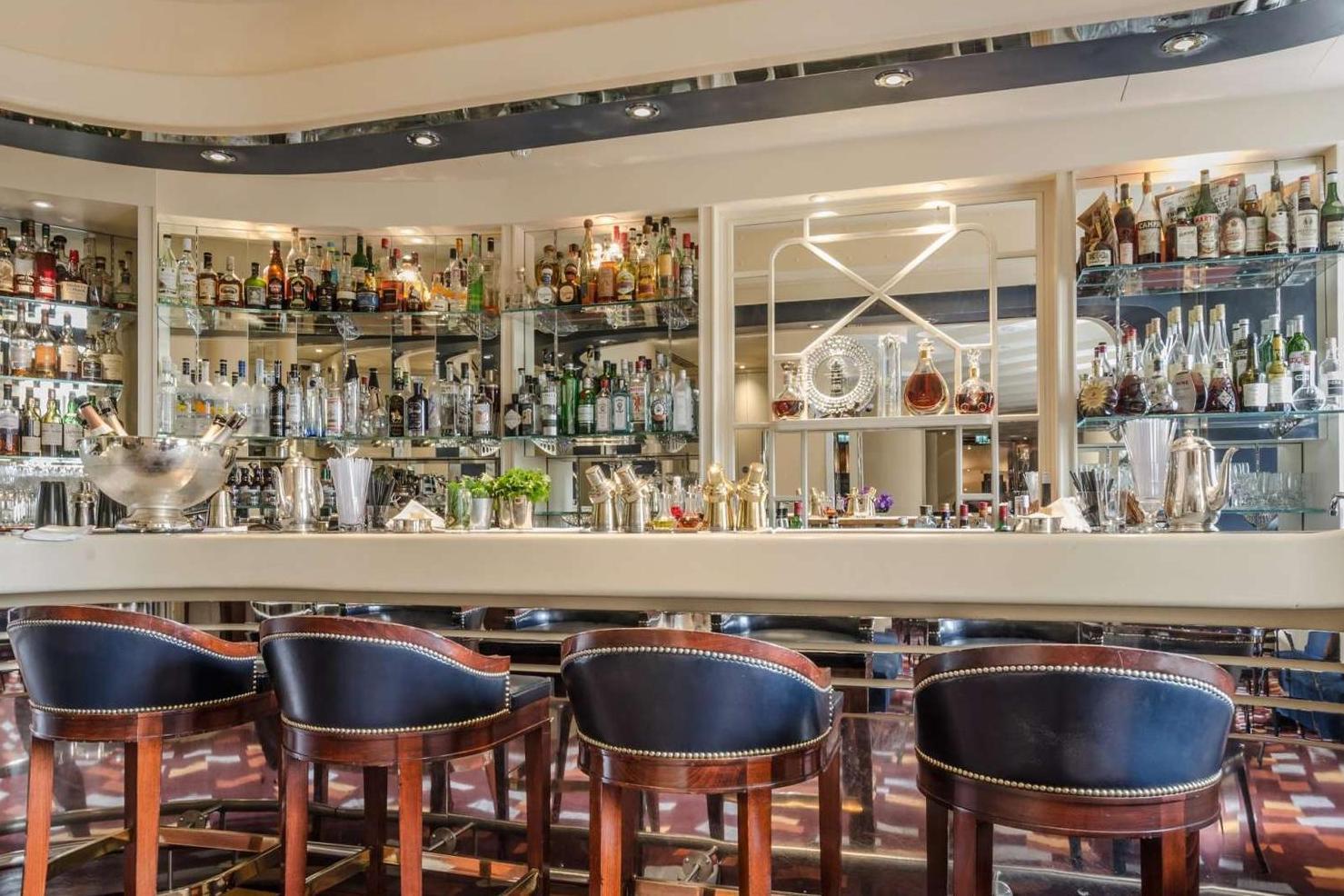 The Run-Down: London’s longest standing cocktail bar, The American Bar at The Savoy was crowned the world’s best bar in 2017. The plush drinking spot stocks some of the world’s rarest 48 year old Macallan whiskies, and their new innovative cocktail menu features whiskey, bourbon, and rum cocktails inspired by the twenty iconic black and white portraits by British photographer Terry O’Neill that have adorned the American Bar walls since the 1980s. 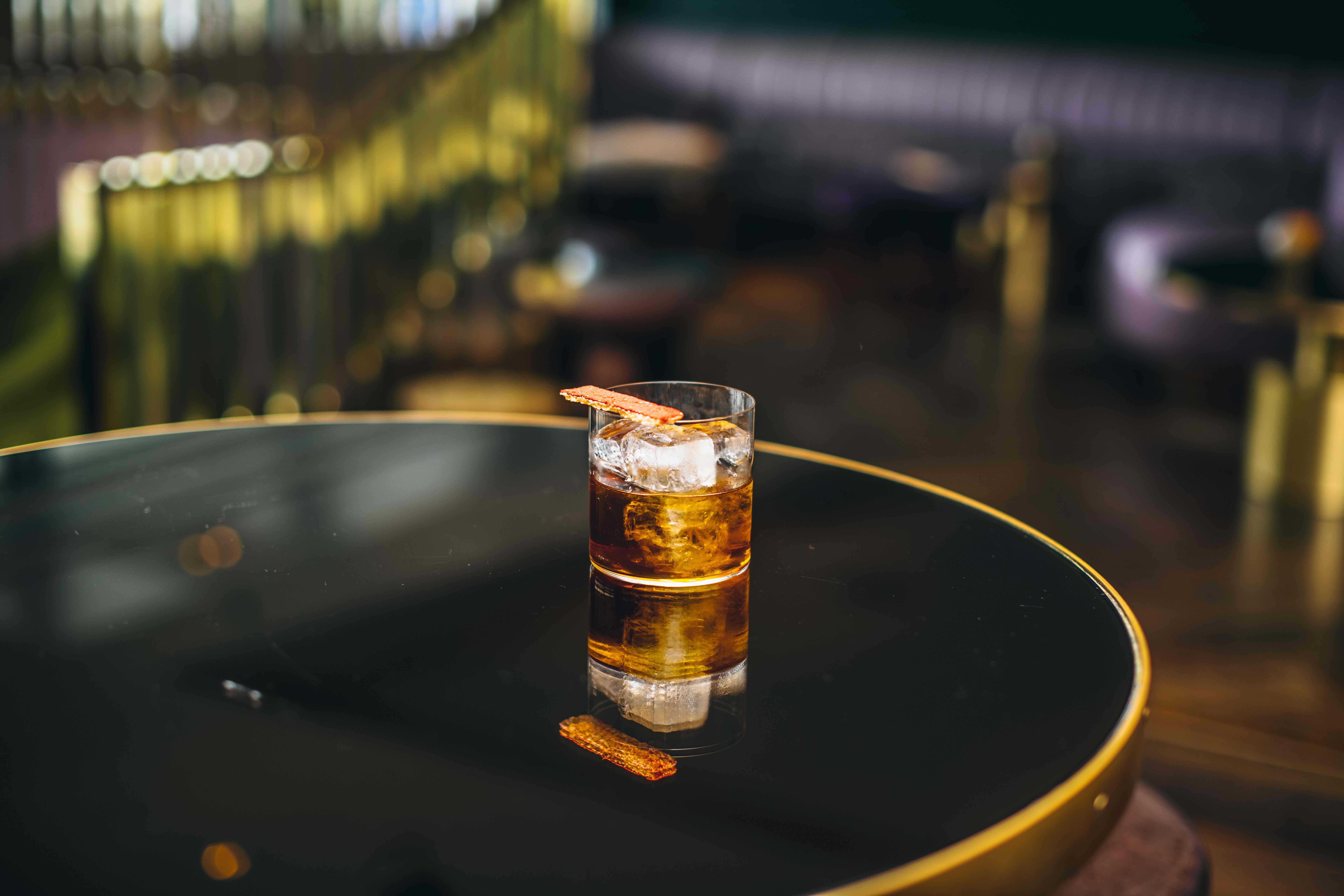 The Run-Down: Need somewhere trendy to drink whisky in London? The new menu at Dandelyan, titled The Modern Life of Plants, takes a modern approach in the pursuit of new flavours through an understanding of the make-up of plants to create innovative, memorable cocktails and new experiences. Ryan Chetiyawardana (AKA Mr Lyan) has put together a menu shining a spotlight on three core ingredients – mint, hops and grapes – which, thanks to industrialisation are available year-round. Appearing on the new menu is the Nemo Old Fashioned, the ideal whisky cocktail to sip in style. Boozy, rich and sharp.