An Indian kitchen is incomplete without a good selection of whole spices – and an Indian cup of tea is no different. Just like curries, popadums and samosas; the sweet, spicy chai of the Asian subcontinent has come to secure a special place in British taste buds over the years.

This imposter of a beverage is of course a pale imitation of a quintessentially Indian way of drinking tea, most commonly referred to as masala chai (spiced tea), or simply the anglicised masala tea. It’s a heavenly, heady concoction made of whole cinnamon, cardamom, cloves, peppercorns and ginger, all boiled up together with tea leaves and sugar in a pot of milk and water. It’s served fresh, steaming hot, bubbly and sweet, usually in mini clay pots or small glasses.

Some say that the origins of masala tea date back to ancient royal courts thousands of years ago, when the combination of spices was considered to have ayurvedic healing properties. But the version of chai consumed today is most likely to have first become popular in the early 20th century. In a market controlled by the British Empire, tea was quite expensive for most Indians, so the British-owned Indian Tea Association began to promote tea to Indian people by mixing the leaves with milk, sugar and spices, creating a flavoursome and widely appealing beverage, while keeping costs low.

Today, “chai wallas” (tea servers) set up shop on practically every other street corner in Indian cities, their product a daily staple for their busy local workers and citizens. Chai warms the heart and awakens the soul. The sweet and delicate, yet fiery, punch of its aromatic spices wafts through you as you sip, and has you hooked in a heartbeat.

So forget everything you thought you knew about chai – chuck that tub of chai latte powder in the bin, whack on an apron, grab a fistful of spices, and get that saucepan boiling. Or, if the (10 armed) domestic goddess in you isn’t feeling up to it, just go to one of our favourite masala tea hotspots in London.

1. For the High Chai: Cinnamon Soho 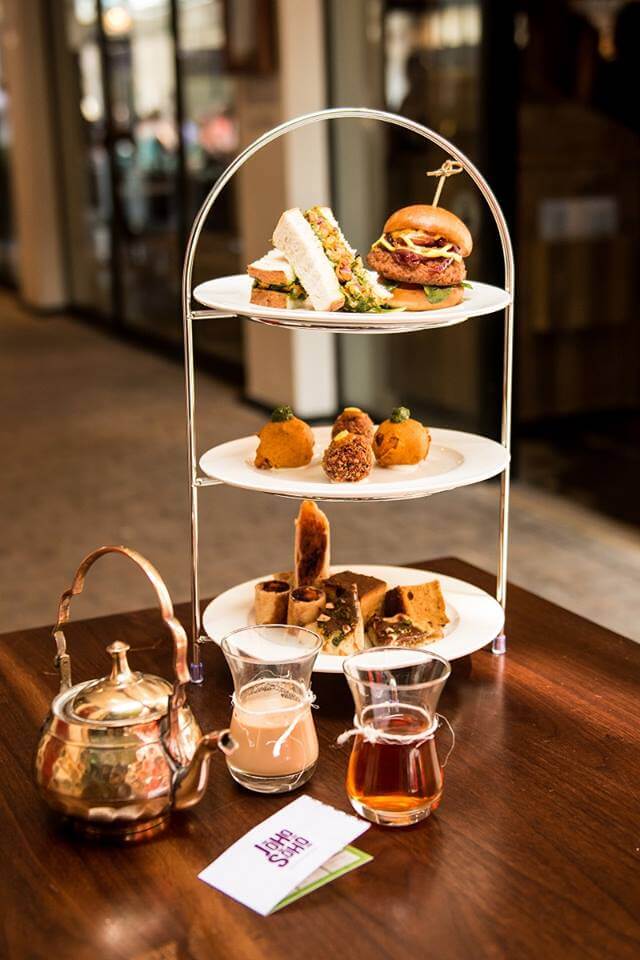 The Run-Down: Squeezed into the heart of central London’s shopping district, Cinnamon Soho (part of the Cinnamon Club group) offers a delightful modern Indian twist on a traditional English high tea. The restaurant’s executive chef Vivek Singh has brought new flavours into a British tradition, and this place is perfect for a little afternoon gorge after a spot of weekend shopping on Oxford Street. 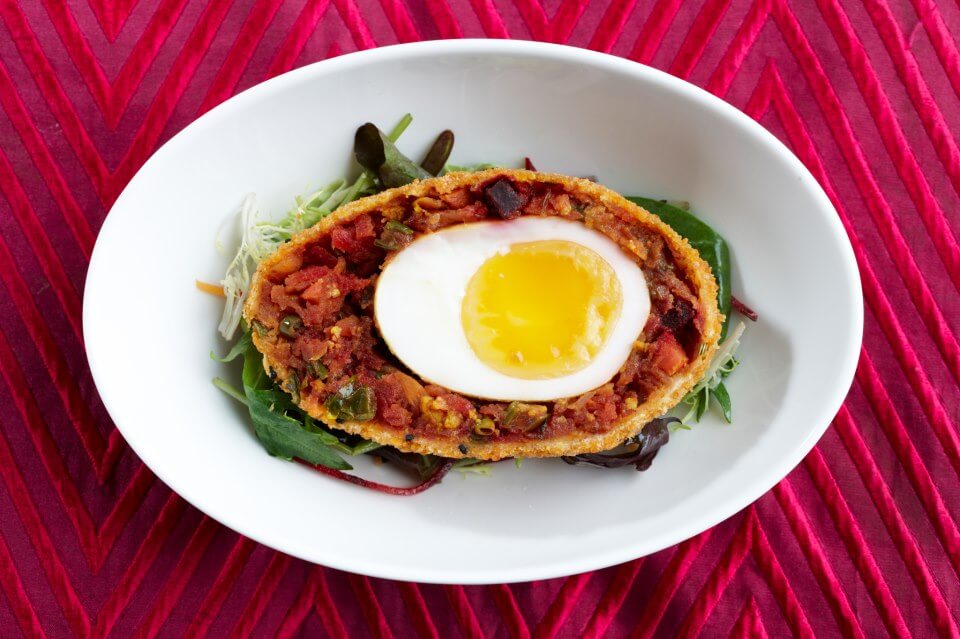 Eat and Drink: The cucumber sandwiches and the other usual finger food are replaced by inventive Indian snacks, like a “Bangla” scotch egg (with a spicy kasundi relish on the side), a “Bhangra” lamb slider, and a tandoori chicken and chutney sandwich. For sweets, the moist ginger and garam masala cake and the crumbly spiced scone are bite-size and delicious. And what really tops of the afternoon is their signature Cinnamon Bellini – bubbles poured over a homemade made cinnamon and tea liquor, bringing a festive giggle to tea time.

2. For the Trendy Chai: Dishoom 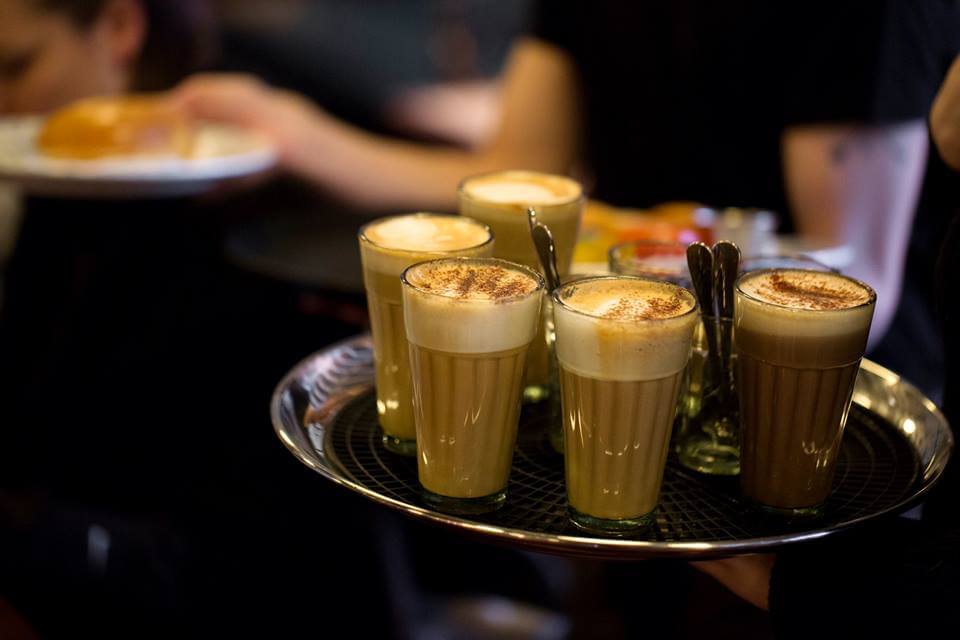 The Run-Down: Dishoom has led the way in presenting authentic Indian food in a format digestible and palatable for well read, well fed Londoners. Gone are the days of drunken curry houses;  Indian food now conjures images of swanky cocktails, trendy brunches and elegant boutique decor. The word “dishoom” is an Indian onomatopoeia denoting some sort of bang, often using to express sudden speed or quickness. Quick, get yourself down to Dishoom! 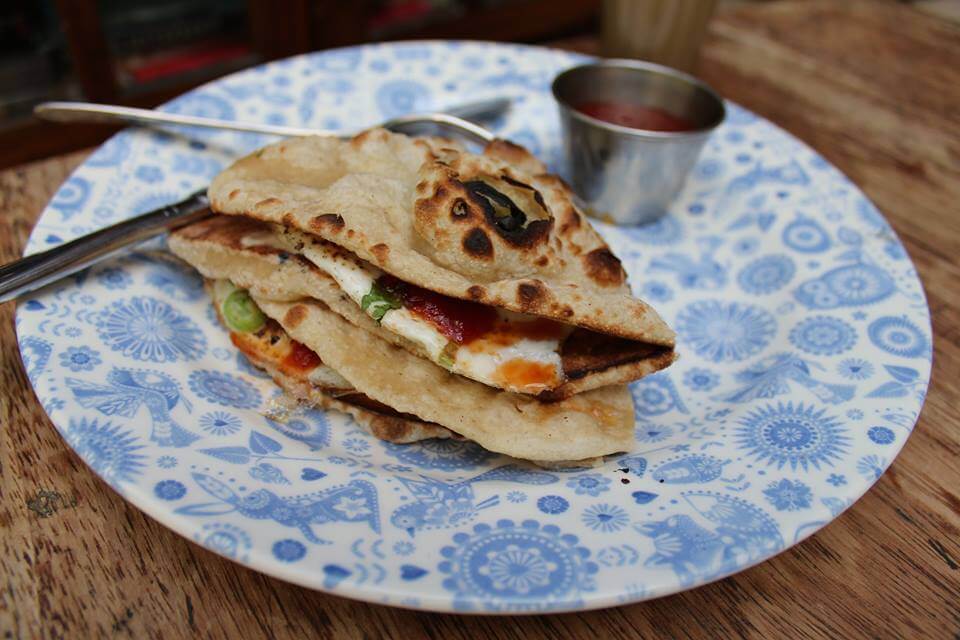 Eat and Drink: Best sipped at breakfast with the divine bacon and egg naal roll, Dishoom’s masala tea wins on its rich, sweet, punchy flavour, as well as the authentic small glasses in which they served it. And don’t forget the magic word – bottomless. Gulp your chai down without fear, as that glass will be replenished over and over until you’ve had your fill… and start to feel slightly sick.

3. For the Veggie’s Chai: Gujarati Rasoi 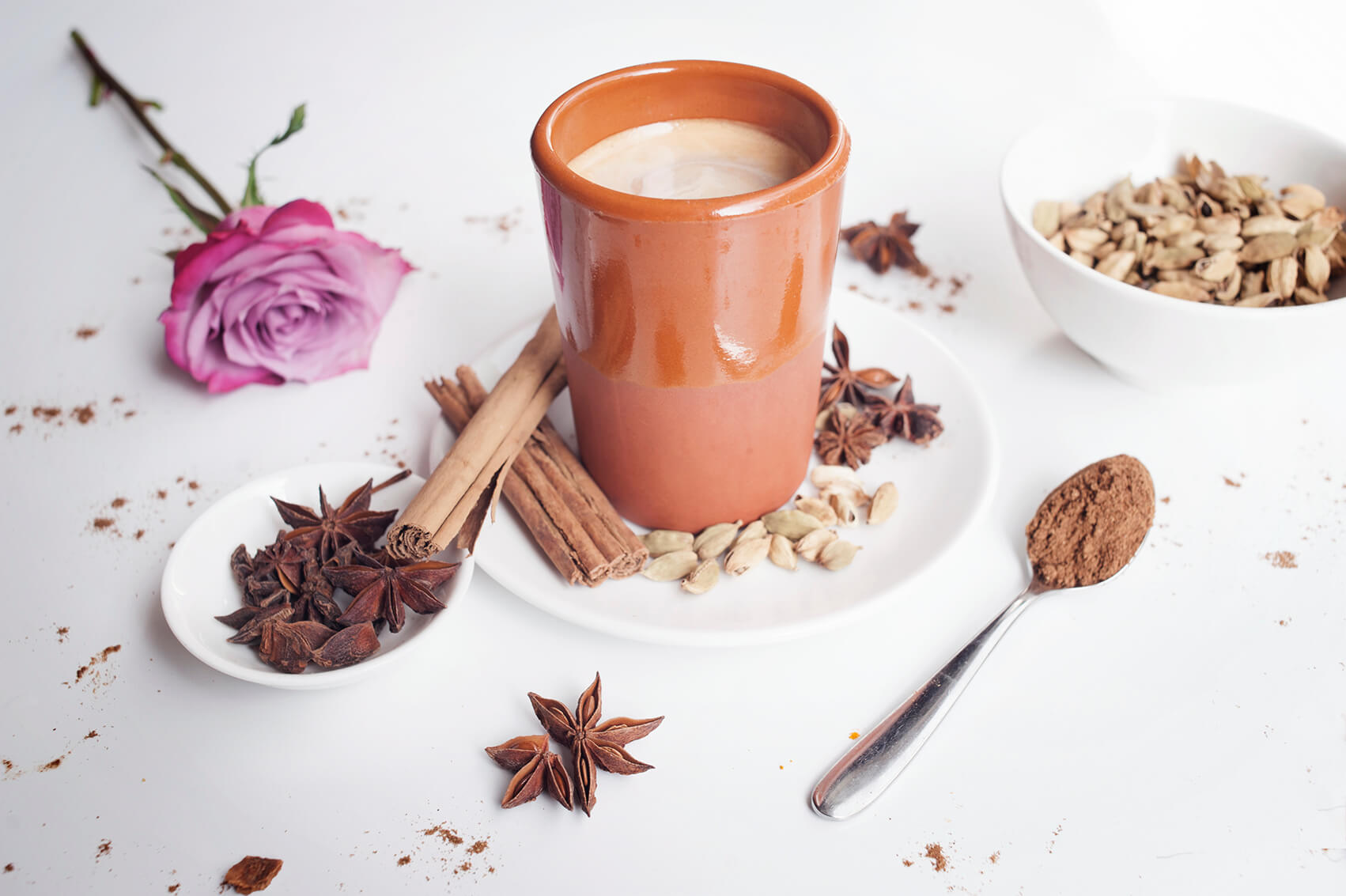 The Run-Down: Meat can often be quite an inescapable part of one’s diet in most parts of India. But certain regions, such as Gujarat, do tend to have much stronger cultures of vegetarianism. And tucked away behind Dalston Kingsland station is a delightful Gujarati treat for all those veggies with a “spicy tooth”, who are on the run from lamb bhunas and tandoori chickens. 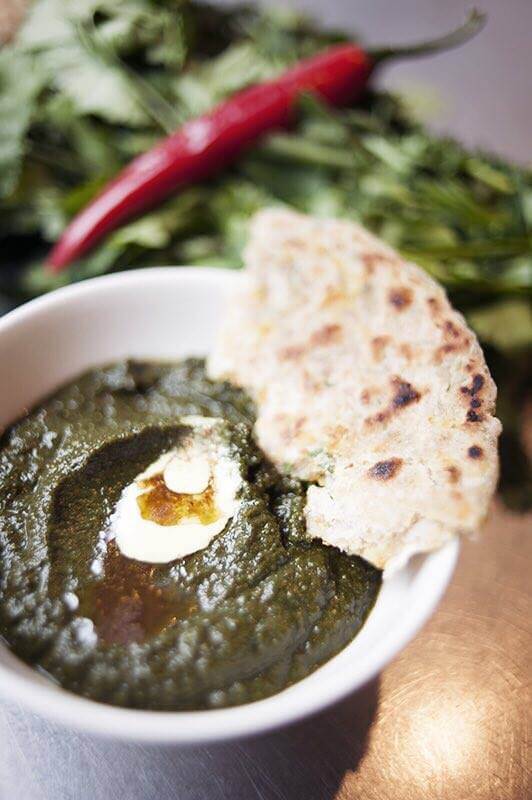 Eat and Drink: Owners Lalita and Urvesh started out running food stalls at Broadway Market and Borough Market (which are both still going), before opening their fresh, cosy Dalston restaurant in 2012. For an afternoon snack with your tea try a bowl of their tasty papdi chaat. Or, if you’re lunching or dining, give the classic paneer with spinach a go, with a sweet cup of chai to wash it down. But – the winner here really has to be the masala chai with rum! Bravo.

4. For the East to West Chai: Chai Ki 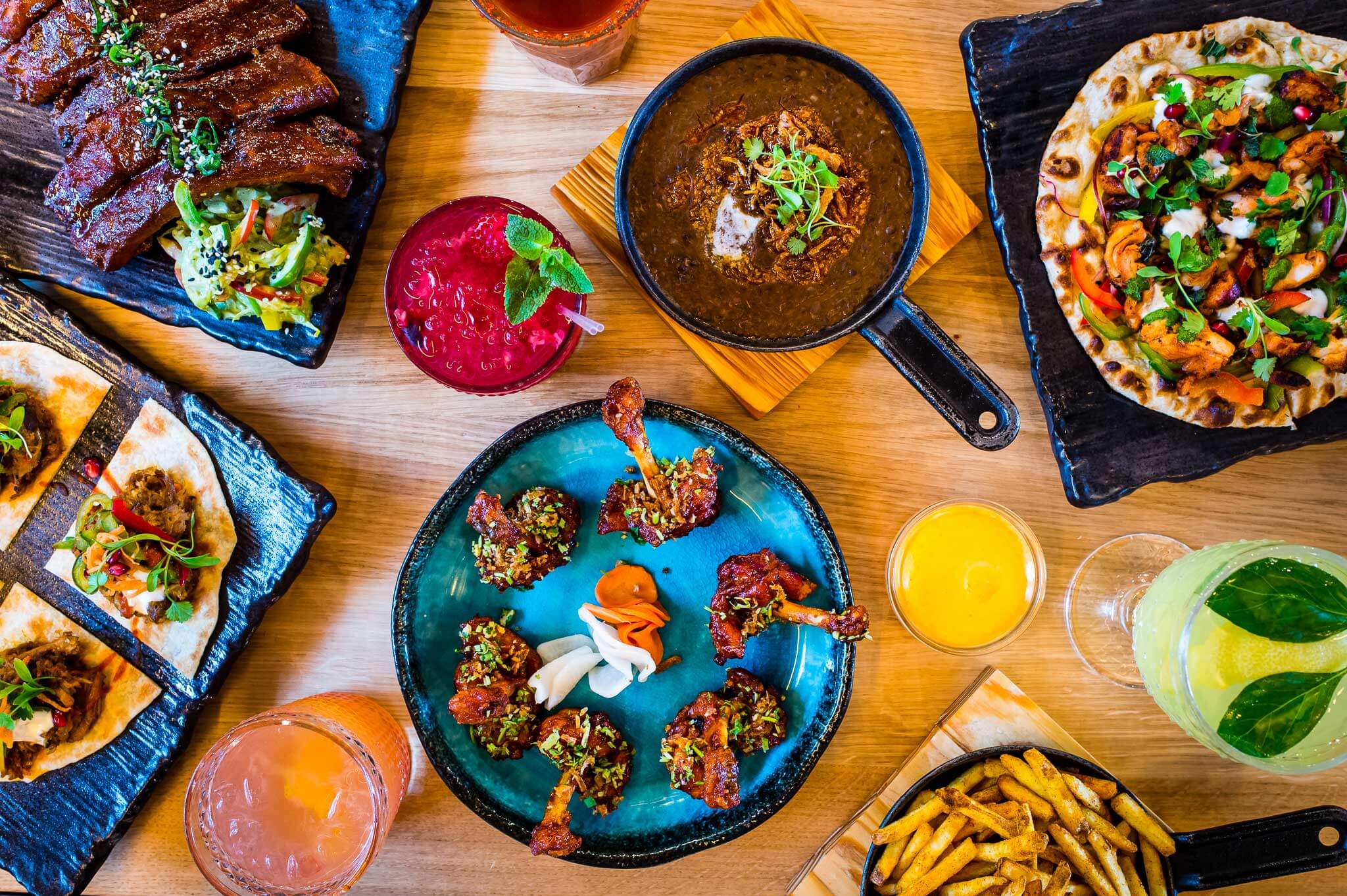 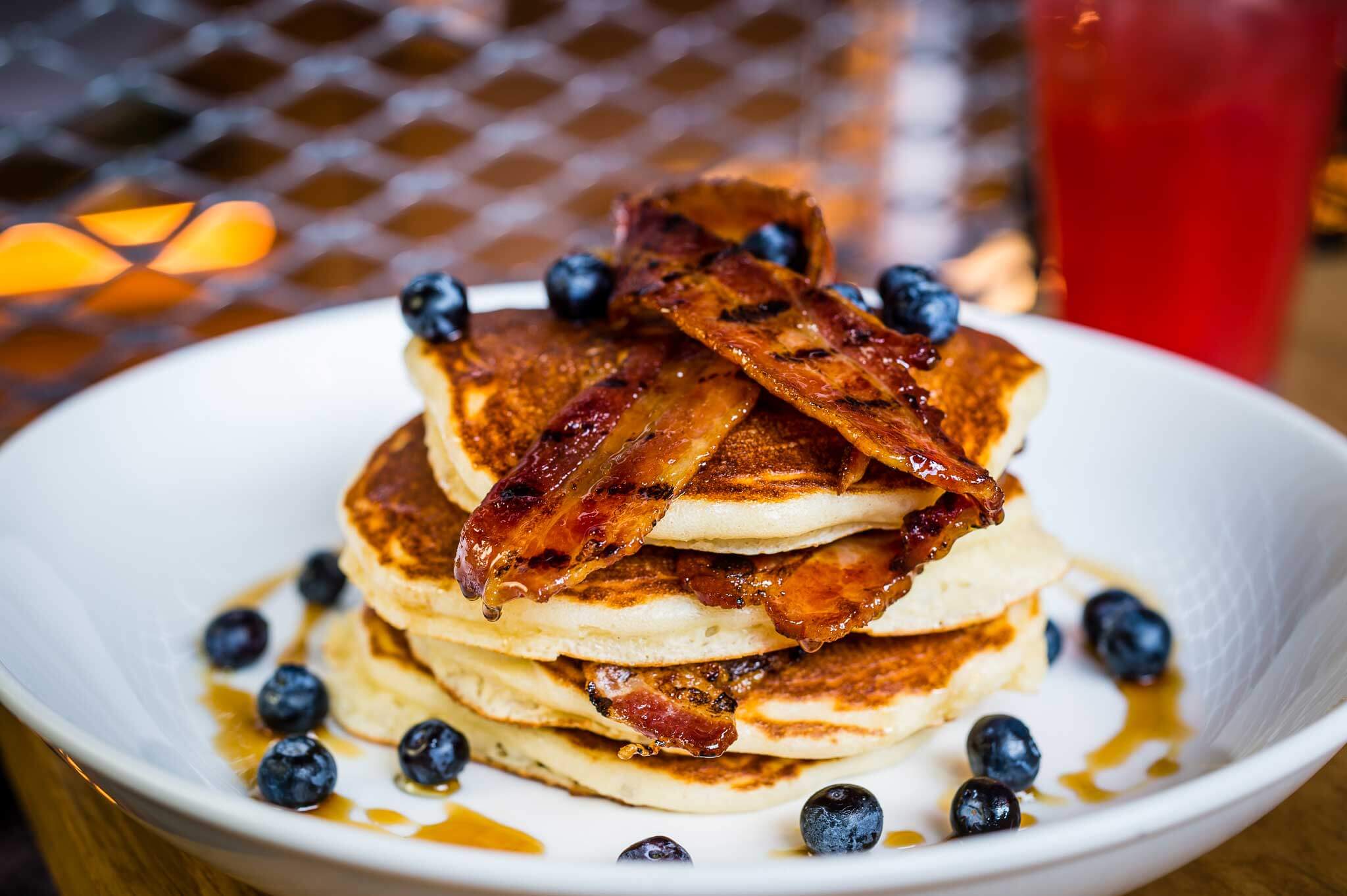 Eat and Drink: If you’re looking for a spot of weekend brunch, try Chai Ki’s pancakes made with chaas (a type of Indian buttermilk), or, for something with more of a savoury kick, give the South Indian idli sambar a go. The anda bhurji is a heavenly combination of red onion and curry leaf scrambled eggs on a brioche bun. Take it from us, it’s the dream.

5. For the Grab and Go Chai: Roti Chai 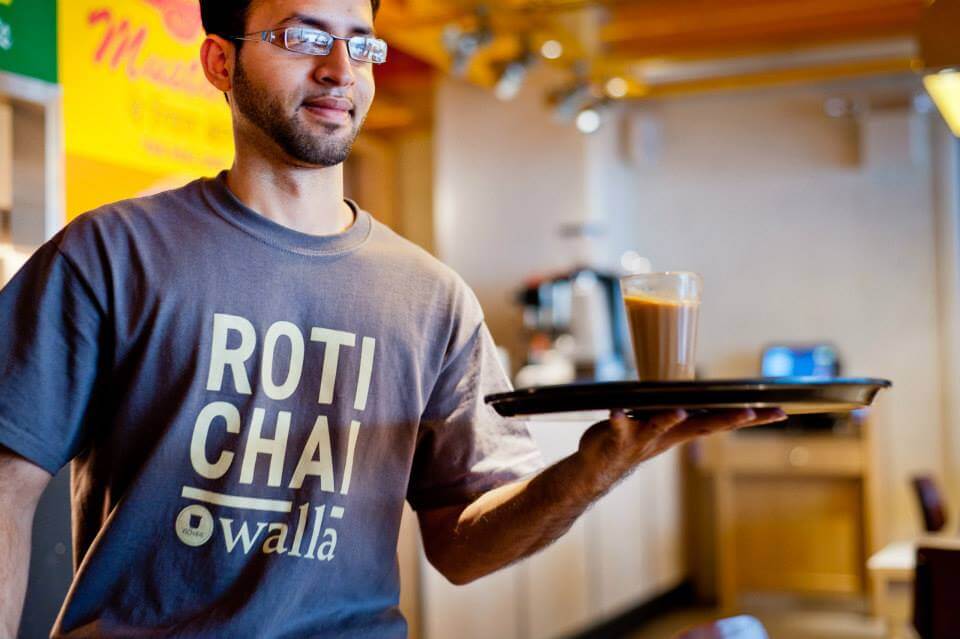 The Run-Down: Roti Chai offers a bustling ‘street kitchen’ upstairs serving street food style small plates in a more informal setting. Roti Chai is decked out in canteen-styled seating and cool, quirky lighting. Drop in for a quick feed come lunchtime, or if you have more time, their downstairs dining room comes alive at night and operates at a more docile pace compared to the street kitchen upstairs. 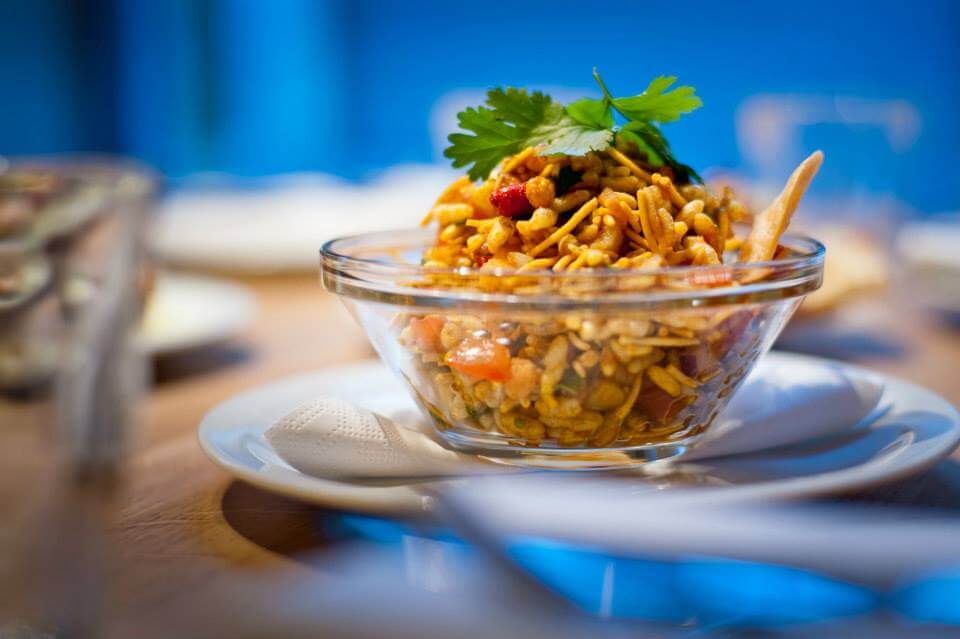 Eat and Drink:  For a street food style snack with you tea, Roti Chai’s tangy and crunchy bhel puri is the one. The chilli paneer is a fiery Indo-Chinese special, full of depth and heat, and the kulfi – an Indian ice cream makes the perfect post-dinner sweet treat. 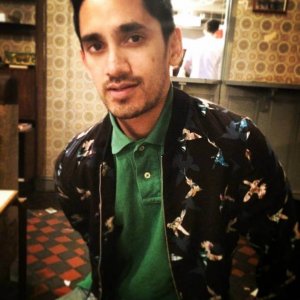 Agnish Ray is a London-based cultural communications consultant with a passion for dance, languages, media and books. Aside from writing about a number of topics including food, arts, culture, race, gender and travel, he spends his day helping cultural organisation with their PR strategies. Follow him on Twitter @nish_ray