For 51 years a single cask of Craigellachie whisky lay forgotten at its Speyside distillery. Slowly developing layer upon layer of flavour, gaining age and wisdom, presumably contemplating the frivolities of its own existence while sat in solitude, uninterrupted by the break-up of the Beatles, the break-up of the Soviet Union nor the break-up of Selena and Justin.

Normally barrels like these are carefully monitored and tasted, to make sure they haven’t actually become too ancient and developed an overpowering woody flavour. Normally when they’re finally released from their home of five decades plus, they’re treated like liquid platinum, carefully poured into crystal decanters in special edition celebratory boxes, with a long and winding blurb on the back describing how so-and-so master distiller had finally decided this was the peak moment to release it to the world. 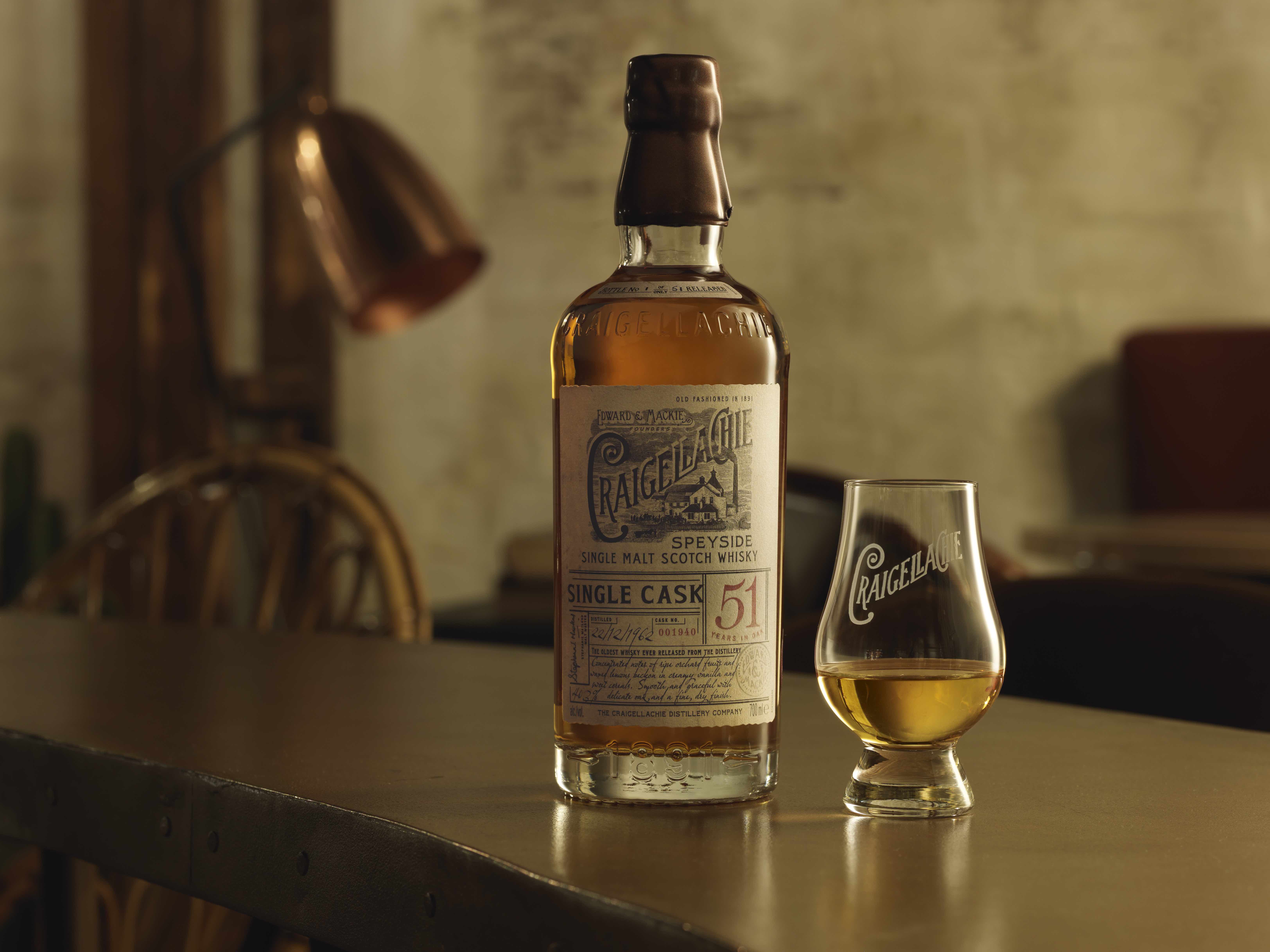 Normally a bottle of whisky this old would cost thousands of pounds. A 50 year old Glenfiddich costs a cool £25,000.

Normally these whiskies never actually get drunk, instead ‘accruing value’ on the shelves of wealthy investors hoping to make a profit at auction 10 years down the line.

So it is with great surprise that Craigellachie has decided to release their oldest (and presumably most valuable) ever offering, dram by dram, in a lottery…for free.

It may be a bit of a publicity stunt, but even with your most cynical cap on, this is a real rarity for most whisky fans, who would normally never be able to sniff, let alone sip, a drink of this calibre.

At Milroys of Soho, one of London’s finest whisky dens, winners are first treated to a 13 and then 17 year-old Craigellachie. Both tasty, both radically different. The 13 lives up to its age, entertaining and punchy, fresh and spicy; the 17 is far more elegant, sweeter and smoother. But we’re not here for teenagers. 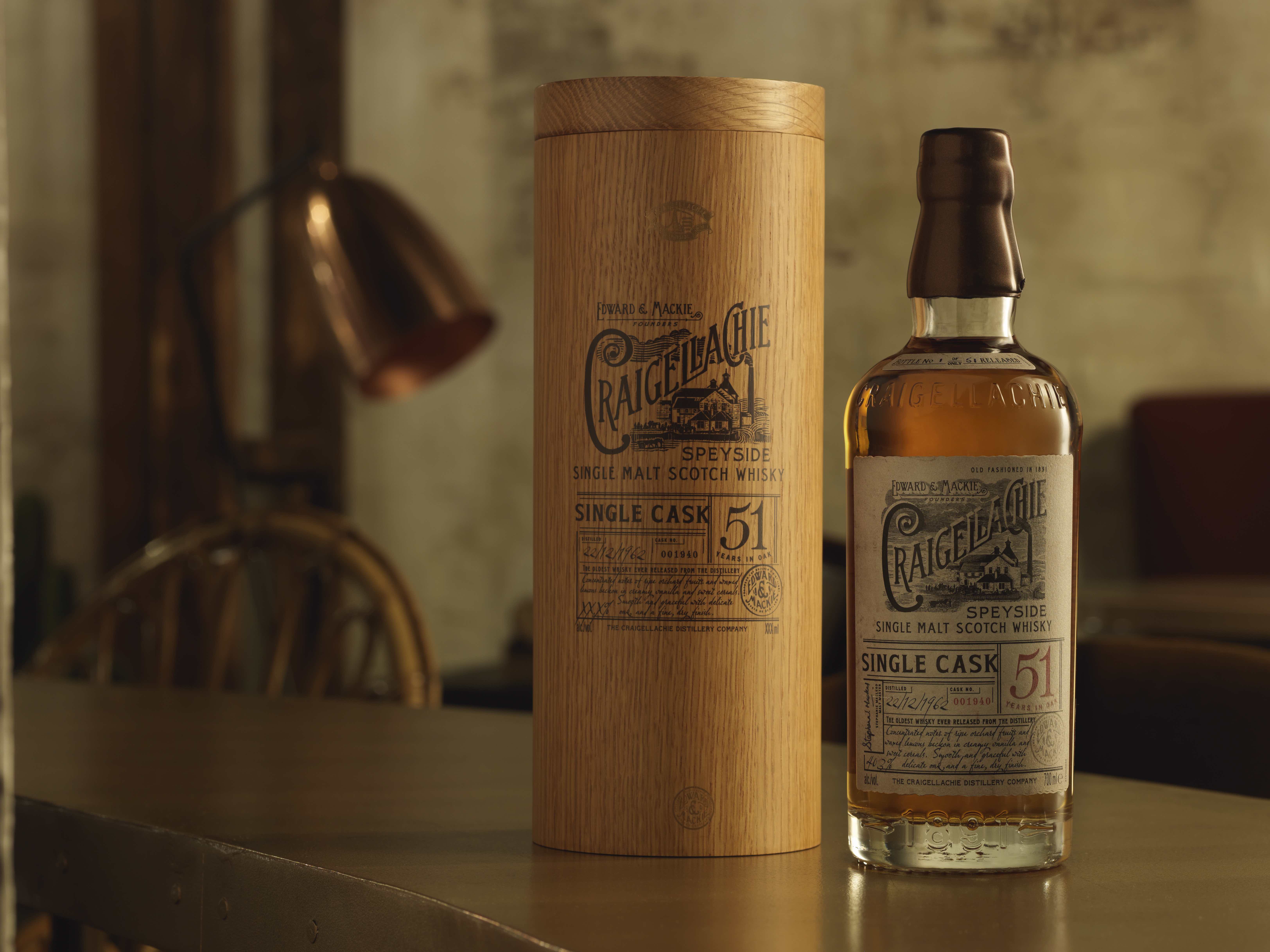 The half-century is served in an entirely different room altogether, down the secret staircase, through the bar and into a dark alcove at the back, like a secret coven congregating around a mystical brew. What we have here isn’t the elixir of life, or polyjuice potion. No, this is something far more rare and valuable.

The colour is surprising light; normally drinks with a few decades behind them are deep mahogany rather than golden. The smell is intoxicating, herbaceous, sweet and deep. The anticipation is palpable, hanging in the air the way whisky clings to the side of a Glencairn glass.

And the taste… well, it’s not really what you’d expect. Dark, rich, woody flavours – all hallmarks of old whiskies – aren’t there. Instead, the years and years of resting have somehow created a surprisingly fresh, very drinkable and balanced dram. The flavour is deep and long-lasting, slightly meaty (in a good way) and slightly sweet (think dried fruit). It’s complex and luscious and ridiculously smooth, a treat for whisky connoisseurs and newbies, perhaps palatable to convert even heathen non-whiskey-drinkers.

The truth is it’s not really a million miles better than whiskies half as young, but it’s damn nice. And it’s damn free. And it’s a great, once-in-a-lifetime, brag-about-it-to-your-friends, stick-it-on-instagram, tell-the-grandchildren, kind of experience.

The lottery for London tickets is now closed, but what remains of the 51 bottles (- yes, really, that’s how many came out of the barrell) will now jetset across the world until every last amber drop is drunk. Tickets for those events haven’t been made available yet. So is it worth travelling out to South Africa, Australia or the US for the flavour alone? Probably not. But this really is a tasting that money can’t buy. And you can’t put a price on that.