Drink / Columns / About Tea Time: 5 of the Best Green Teas from Japan

About Tea Time: 5 of the Best Green Teas from JapanBy Sam Holder

The popularity of Japanese cuisine knows no bounds.

Raw fish washed down with warm fermented rice wine was once exotic, now it’s as routine as ordering a Margherita or Tikka Masala.  In this global age, you can hardly walk 5 minutes in London without coming across a recently opened robata or ramen joint, and even Tesco stocks Honshu’s finest ‘Hitachino Nest’ white ale. 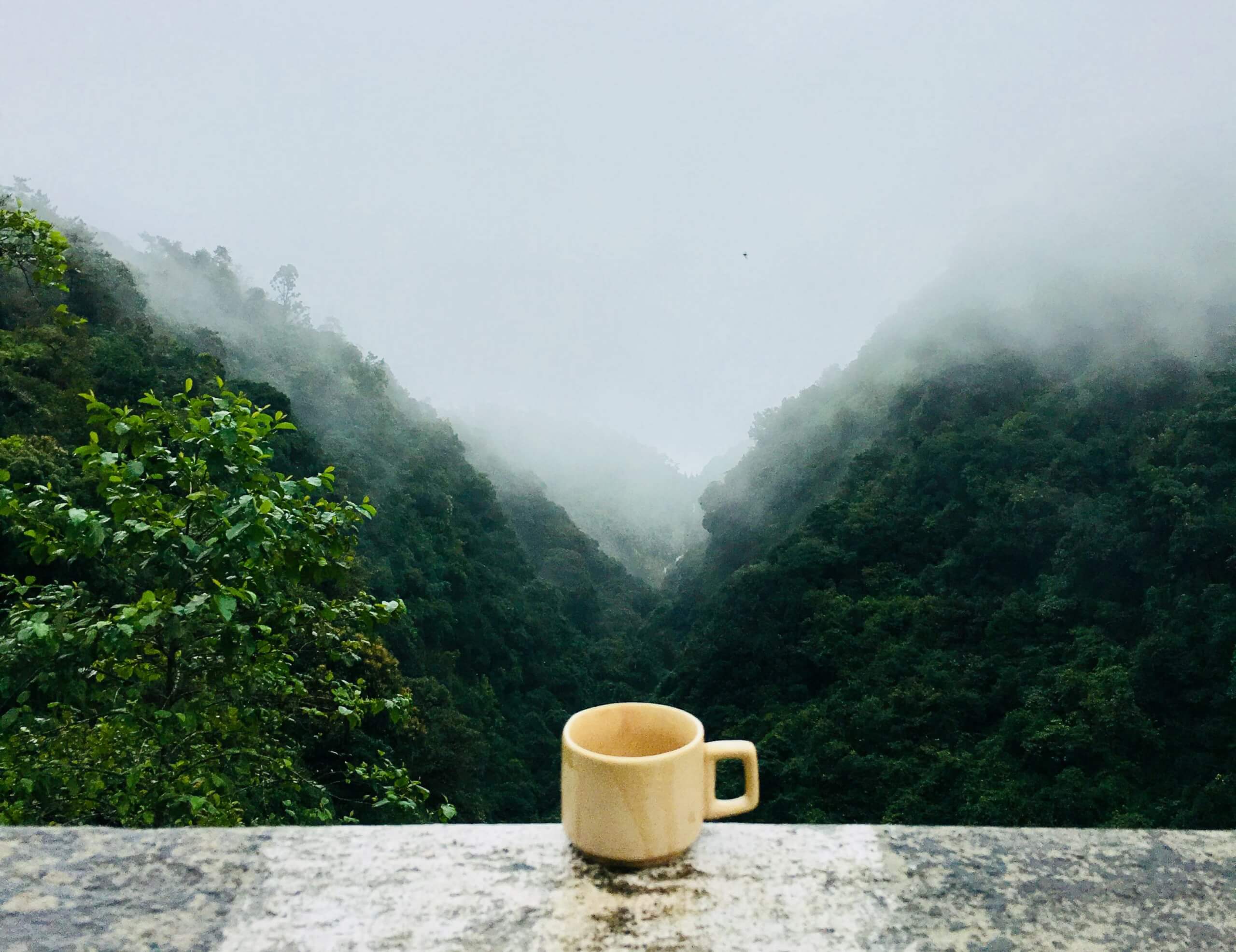 So it’s no surprise that Japanese green teas, with their fresh, intense and complex range of flavours, are now having their moment in the culinary spotlight. From the moment you first see the luminous nuclear-waste-green-colour of the brew, you know you’re in for a cuppa that packs a flavour punch. Unlike the delicate and floral Chinese greens, those from Japan are rich and grassy, with big umami flavours that linger and develop.

For those not aware of current gustatorial terminology, umami is the fabled ‘fifth taste’, a cornerstone of East Asian cuisine, best described as meaty or savoury. It doesn’t exactly sound like the kind of flavour you’d expect – or even want – to find in a green tea, but it results in a deep and rewarding brew, which is highly prized in Japan. 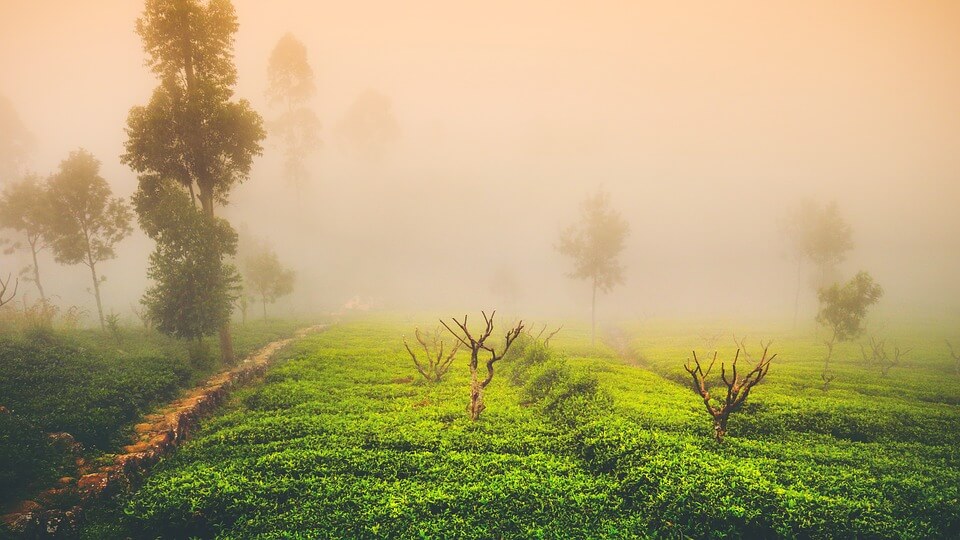 Tea was first introduced to the island nation over a thousand years ago, by merchants from China, and has been popular ever since. What was once the preserve of emperors, Zen Buddhist monks and upper classes, has become a daily staple for most Japanese, with the country boasting its own distinct styles and traditions. Even by the 12th century, one of of the most popular Japanese pastimes was a game called tocha, which (of course) involved gambling, based on guessing which region of Japan a certain tea was grown in, by taste alone. (Despite my efforts neither Ladbrokes nor Paddy Power seem to be offering tocha at any of their branches.)

Nowadays almost all (99%) of the tea produced in Japan is green, rather than black, oolong or white. And the vast majority of that is Sencha: freshly picked leaves which are steamed, giving a sweet, grassy and slightly bitter flavour. Although Sencha can been seen as the stereotypical Japanese green tea, there are plenty of other interesting varieties to try.

If you want to ramp up those sought-after umami flavours, then bag yourself some Gyokuro. Seen as the highest grade of Japanese tea, it’s grown under shade for three weeks, producing an extremely rich savoury taste. A green tea with such an intense flavour – ranging from sweet grass to seaweed and even chicken soup – can be quite intimidating for new tea drinkers, but for many it’s the pinnacle of tea production. 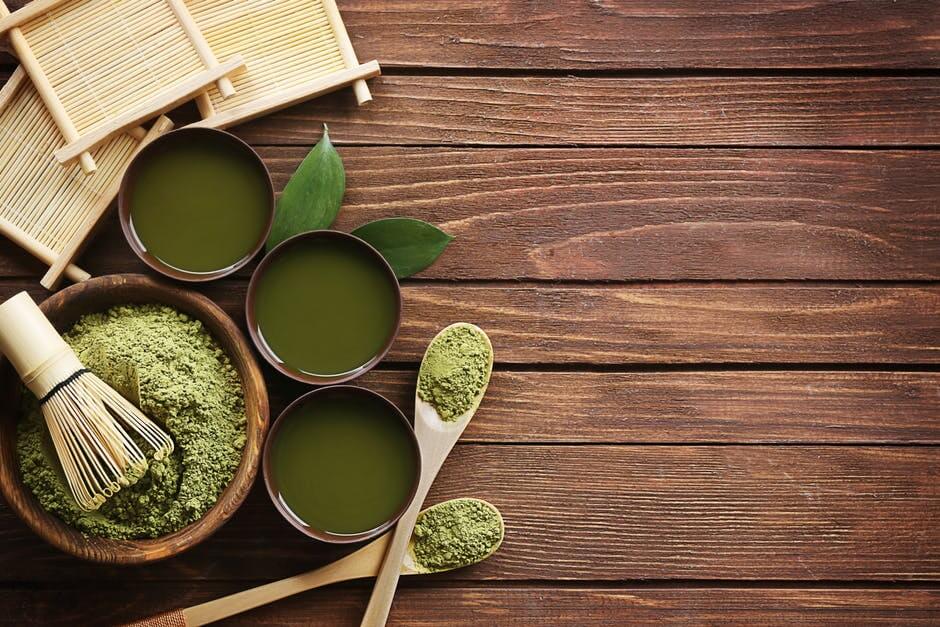 On the other hand, Genmaicha (green tea with added toasted brown rice) was originally created for peasants as a way of bulking out the precious leaves, but has now become popular for its distinct nutty flavour.

Then there’s Matcha, high-quality leaves which are stone-ground into powder. Originally used in Zen Buddhist temple ceremonies, Matcha has developed its own cult following. Unless you’ve been living under a rock – or deep in meditation – you can’t have missed its celebrity-endorsed rise to instagram-ingredient-of-choice. But being completely different to all other Japanese green teas in both taste and preparation, it needs its own unique article.

To get the best out of most Japanese greens, the key is infusing with water at a cooler temperature (under 80C) and using smaller glasses – about half the size of a normal cuppa.  Here are 5 of the most interesting and flavoursome green teas from Japan: 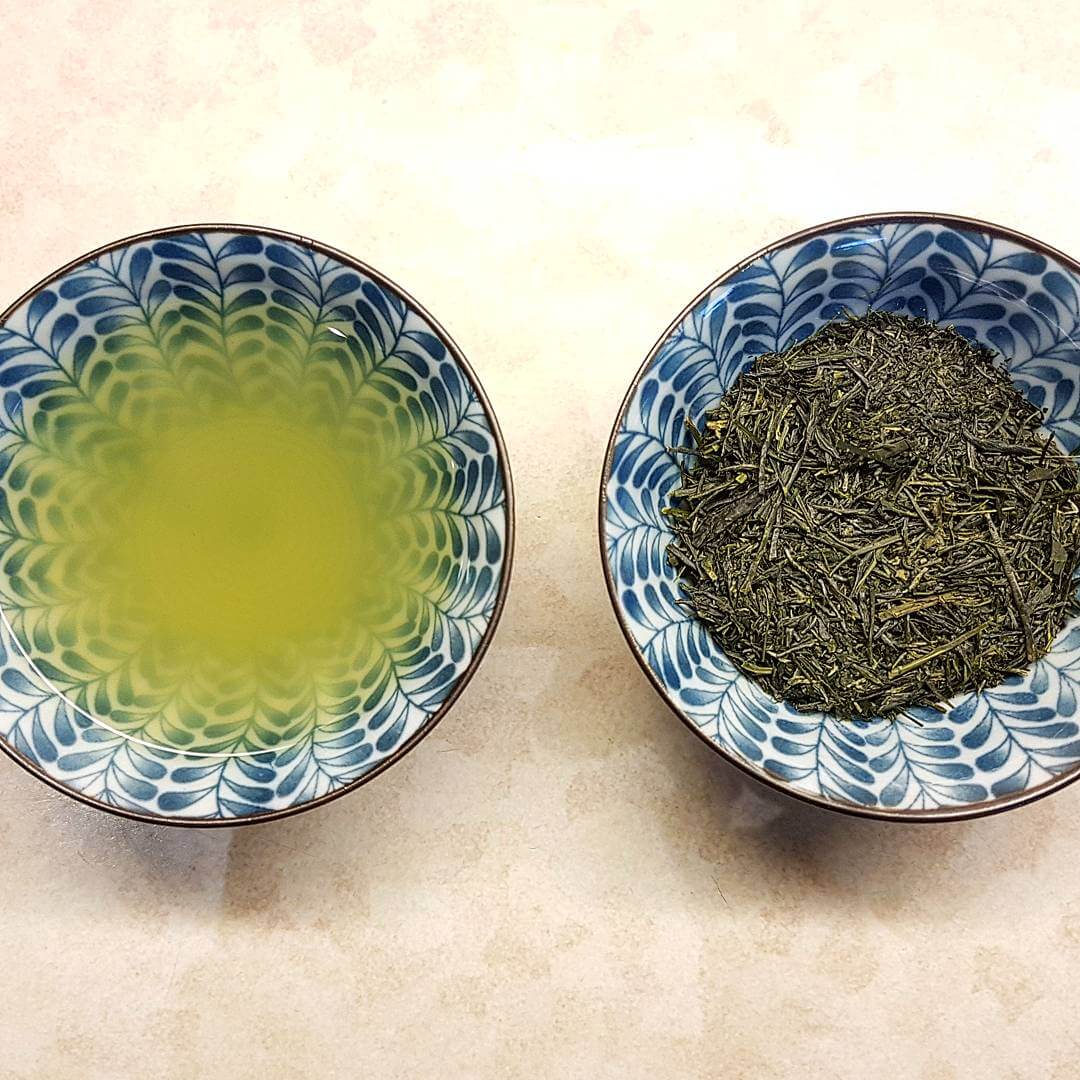 Rich, fresh and herbaceous flavours in this deep-steamed classic

The Lowdown: OK I’ll admit it, some traditional Senchas can be a bit underwhelming – big grassy flavours, fairly bitter and not much more to write home about (I’m sorry Japan, please don’t reject my visa application). But don’t write the whole style off until you try a ‘Fukamushi’ Sencha. Meaning ‘deep steamed’, during processing the leaves of these Senchas are, unsurprisingly, steamed for a longer period of time than normal. It makes a huge difference, giving a rich and far less bitter brew. This excellent example is sold by Yunomi, which has an astounding array of top quality Japanese teas on sale and regularly offers discounts (yay!). 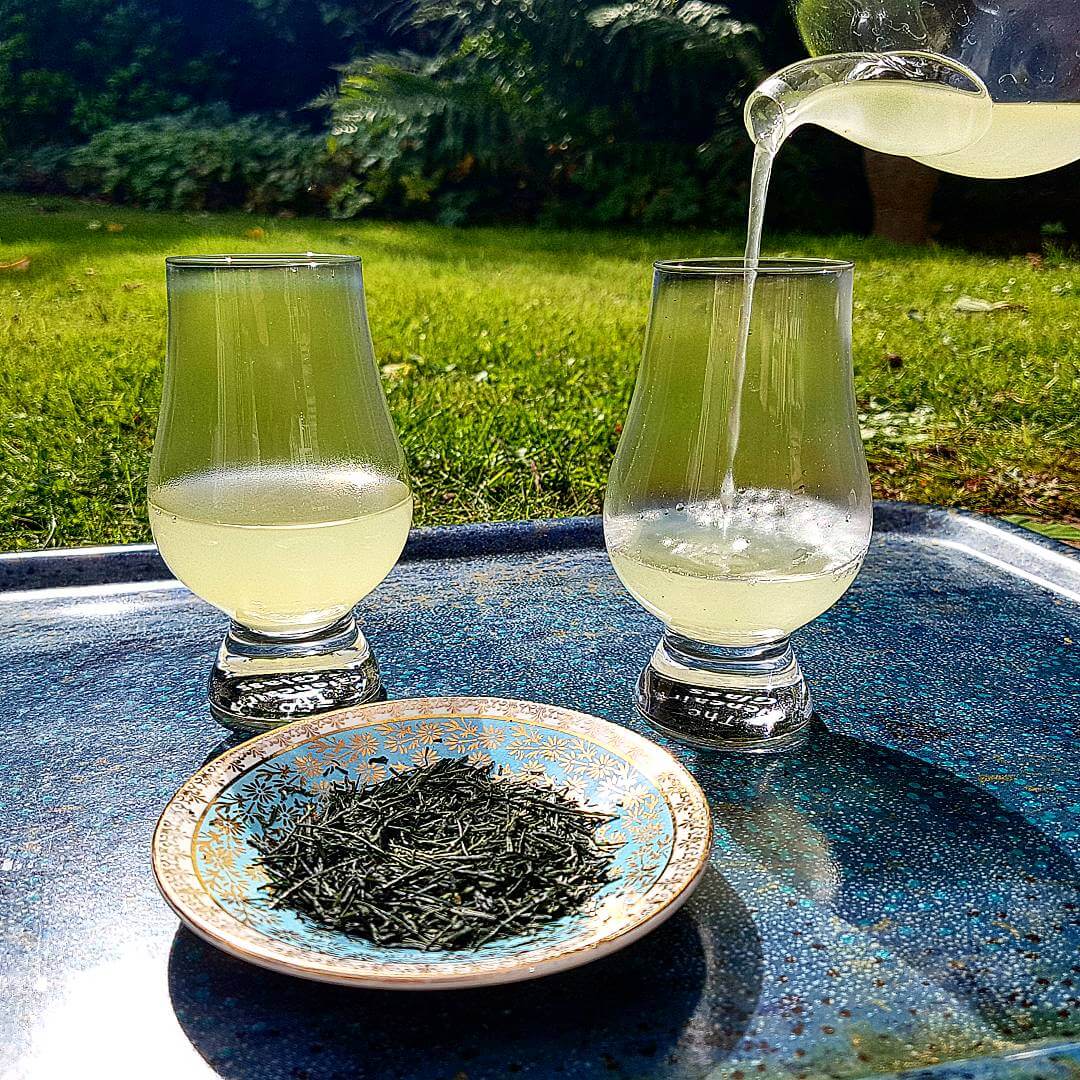 The Lowdown:Gyokuro is normally treated with a reverence similar to Champagne, brought out on special occasions and savoured; this ought to be brought out when your child marries an heir apparent and you’re awarded an honorary earldom. The incredible flavour merry-go-round dances between classic brothy umami, sweet freshly-baked pastries, salty seaweed, buttery biscuit, red berries and everything in-between – you’ll either love it or hate it. With its opulent thick texture and long, long, long aftertaste, this really is a supreme version of Japan’s highest grade of tea. From Mariage Frères, a rather fancy French tea company.

Note: There is a special technique used to brew Gyokuro, which gives an intense and powerful first infusion. It can be too much to handle for some, so experiment with different amounts of water and leaves, as well as the brewing time to find your perfect level. 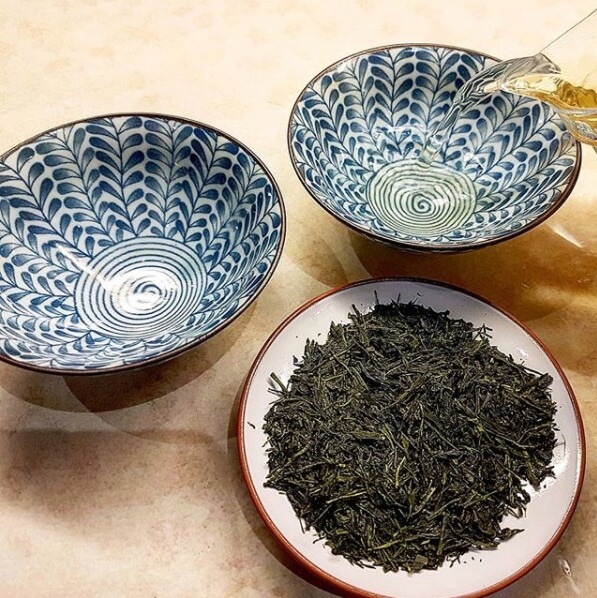 A great introduction into the savoury side of tea

The Lowdown: Drinking Gyokuro can be quite an overwhelming experience – with it’s huge umami flavour, it’s hardly an everyday tea. For those looking to experiment with some of those same savoury notes, but on a slightly more restrained scale, Kabusecha is the tea for you. A midway point between Sencha and Gyokuro (shaded for less time than the latter), this tea is soft, grassy and a great first step on the slightly daunting umami ladder.  It forms part of the highly recommended ‘Intro to Japanese Tea’ sampler by Thès Du Japon (but can be bought on its own). 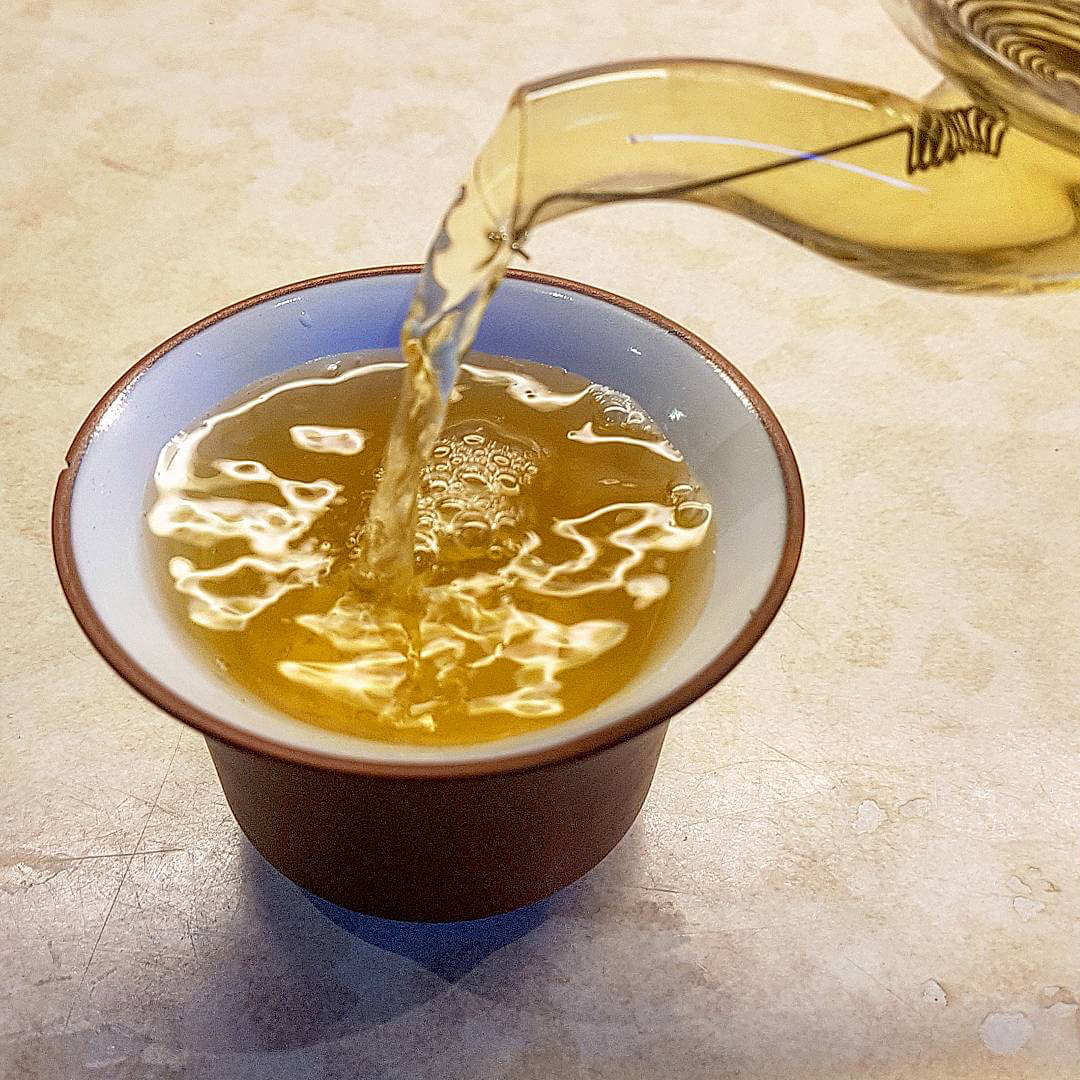 The Lowdown: This this tea won’t give you X-ray vision, or any other psychokinetic or telepathic abilities, but it is grown in tiny batches without any pesticides or fertilisers, making it ‘supernatural’. But more interestingly it’s a rare crossover between Japanese and Chinese green teas. Grown in Japan, it’s pan-fried rather than steamed during production, like typical Chinese greens. This tea-alchemy creates a really unusual cuppa – super fruity with a warming toasted flavour.

5. Genmaicha, My Cup of Tea 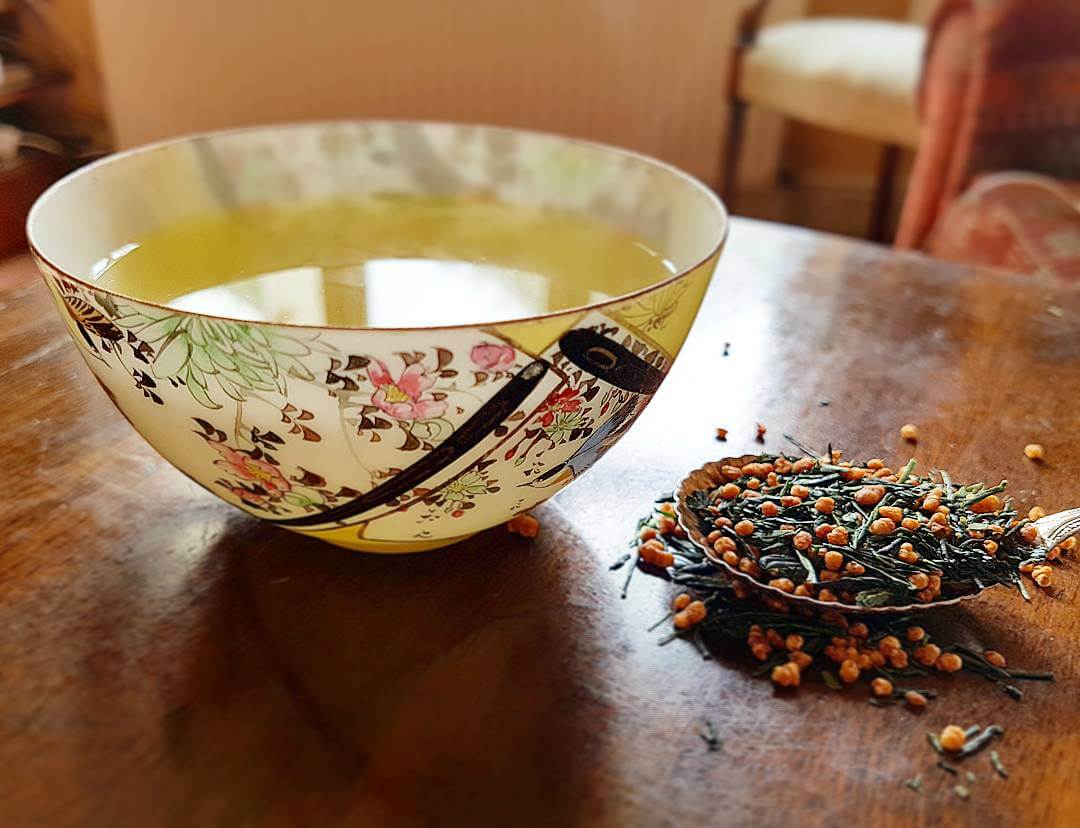 The Lowdown: Gentrification. It’s everywhere really. The doldrums of Dalston have morphed into a mustachioed vegan dreamland. The once humble avocado has been appropriated as a superfood so popular it’s become a national health hazard. Genmaicha was once the peasants’ brew – low quality leaves bulked out with toasted brown rice – but it’s delicious nutty flavour has transcended social strata. This version uses superior Sencha instead of the more rustic Bancha tea leaves traditionally used, giving a refined grassy backbone to the brew. A high-end version sold by the high-end ‘My Cup of Tea’ brand based in the redeveloped Ham Yard in Soho.

How to brew: 2 teaspoons per cup, 80 degree water, 2 mins. Suitable for 1 more infusion.