There are probably plenty of Brits out there, like me, who are very worried about the economic situation in the Eurozone. But don’t pretend that you may have, just for a moment, thought; ‘I bet it’s cheap in Europe at the moment’. When I googled the exchange rate and found that I could now buy a whole euro for just 75 of our Great British pennies, I must admit I felt a little smug at the expense of our European friends. With the weather almost universally bad and everyone still reeling from post-Christmas credit card bills, flights to Europe are also as cheap as ever with a return to Berlin not too much more expensive than a return to Bristol.  I’d never been to Berlin, in fact, I’d never been to Germany. So with no holiday days from work left, I took a quick two day trip to the Capital to find out the just what the best things to see, do and eat are in this weekend guide to Berlin. 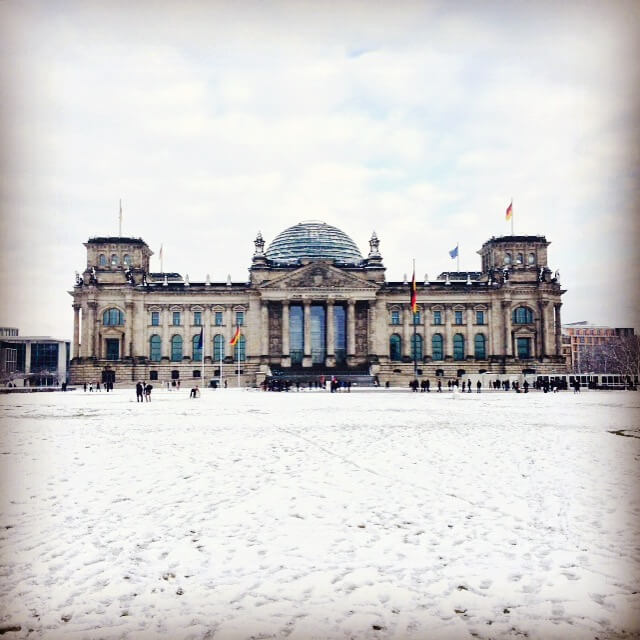 So like I said, I couldn’t take any days off work and so I ended up booking a painfully early Saturday morning flight. A friend told me about the ‘Bloc hotel at Gatwick. Rather than pay for an expensive cab in the middle of the night, you can stay at The Bloc for sixty quid, with the best thing being it’s located next to Gatwick’s departure security. This meant waking up in a very comfortable bed just an hour or so before it was time to board.

When you get there: There are lots of ways to see Berlin. Originally we had booked a Segway Tour with Fat Tire Tours. These Segway tours are getting ever more popular (except in London where segways are illegal) I see the appeal they’re fun, fast and easy to drive…except on snow, which is why our tour was cancelled when we arrived. So Fat Tire Tours swapped us on to their less snow affected bike tour which starts at 11am. It’s a four hour tour, which sounds mad if you’re only in the City for two days, but this is a great way to see all the ‘big landmarks’ in Berlin (Check Point Charlie, Brandenburg Gate etc) in one go and you end up knowing far more than if you had just turned up with a guide book. 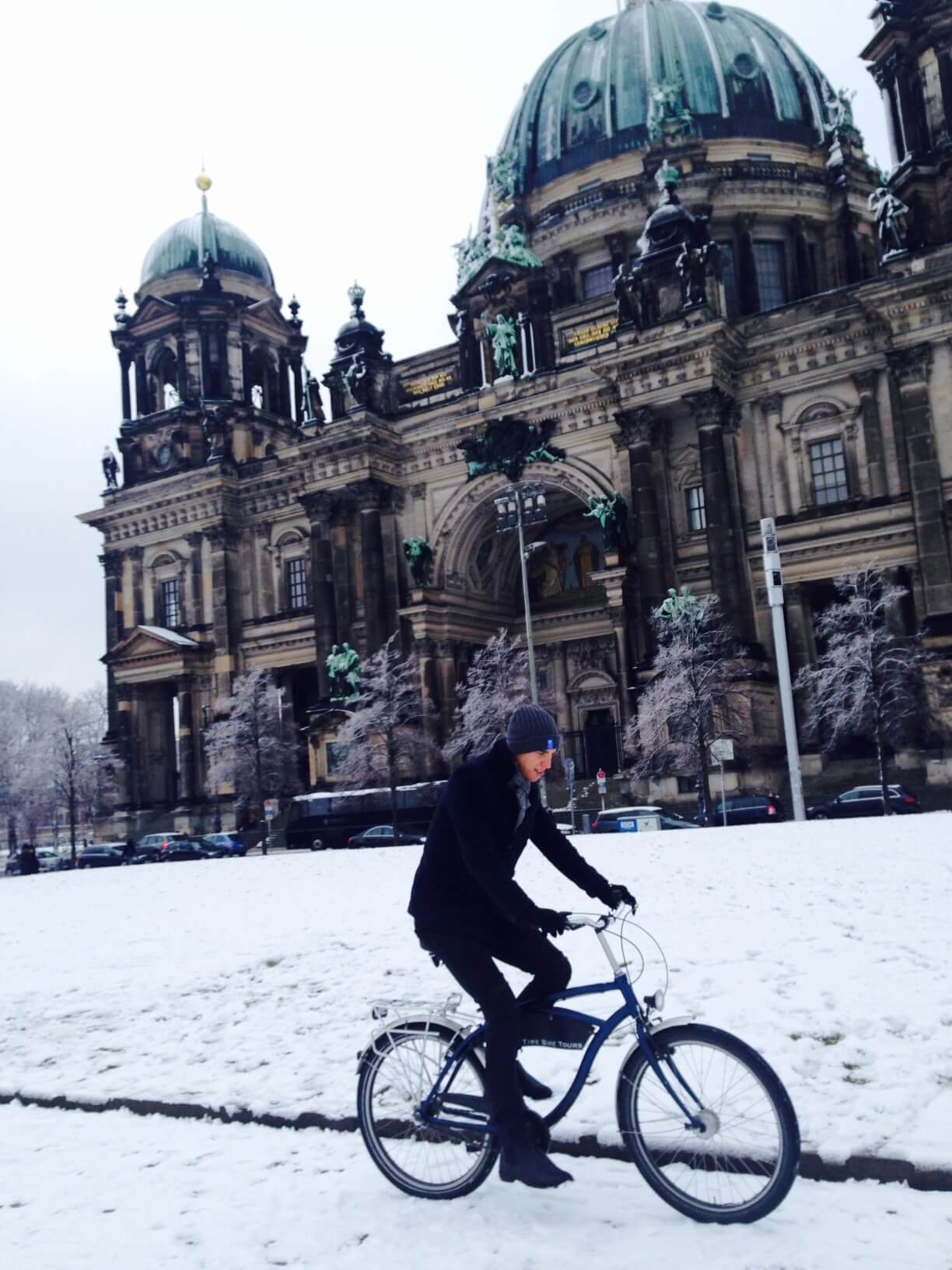 What to Eat: The tour does include a short break for lunch. However if you’re like us, the hours of site seeing and cycling in the snow, makes you hungry. Head over to the Organic Food Market at Kollwitzplatz. It’s not a huge market but it’s less busy and full of really nice authentic food. It’s the perfect place to get your fix of ‘German Food’. A Currywurst and Glühwein (Mulled Wine) are just what’s needed at an outdoor market in the Winter. 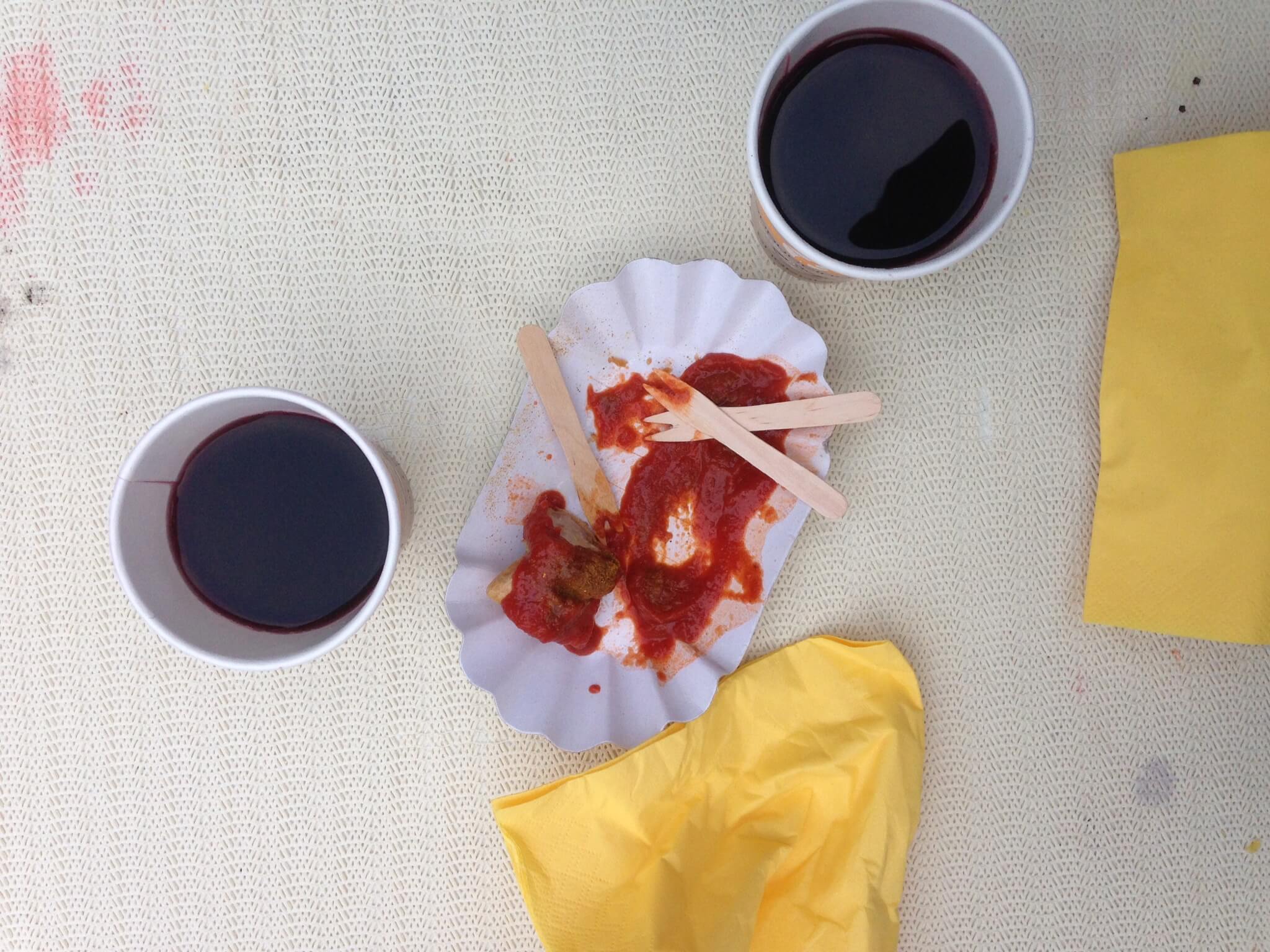 Now What: There’s a host of museums and galleries in Berlin but with surname Horowitz I felt the Jewish Museum was a good choice. Apart from anything it’s a seriously impressive building which would take at least a day to explore fully. If you’re in a hurry then make sure you go to the Libeskind building which depicts the three Axes of the German-Jewish experience, culminating in the ‘Holocaust Tower’ a cold, dark room that’s haunting and poignant. Another exhibition that caught my eye was an industrial robot writing out a Torah. It recreates the human act of writing using pen and ink and writes 304,805 Hebrew letters on an 80-meter roll of paper at human speed.

Of course, there’s plenty of dark history to be found in Berlin. A lot of it is included in the Fat Tire Tour (the stunning Holocaust Memorial and the suitably less stunning car park which was the site of Hitler’s bunker). That said it doesn’t have to be all doom and gloom and the Museum Island (an area with five museums, including the Pergamon Museum) and the DDR Museum are other good choice for the afternoon.

Dinner: Most people probably think German food is all about giant sausages and beer but, just like in London, Berlin isn’t about eating ‘German’ food but about having some of the best food from around the world at your fingertips.

That’s no truer then at Long March Canteen, a low lit fashionable Chinese restaurant in Kreuzberg, an area ‘for artsy types’ (according to the Guardian). For anyone who has been to Ping Pong or Hakkasan in London, Long March has a similar feel with a menu that mixes your favourite Chinese dishes (spare ribs in dark honey-soy sauce) with more unique dishes (Jelly Fish carpaccio with fresh apple and coriander). This is the sort of restaurant you go to and subsequently realise that all the Dim Sum you’ve eaten before is actually pretty average. Unlike Ping Pong, each steamed basket stands out from the last with particular highlights being the duck and fig dumpling and boiled wantan sprinkled with Szechuan Chili oil and salted vegetables. 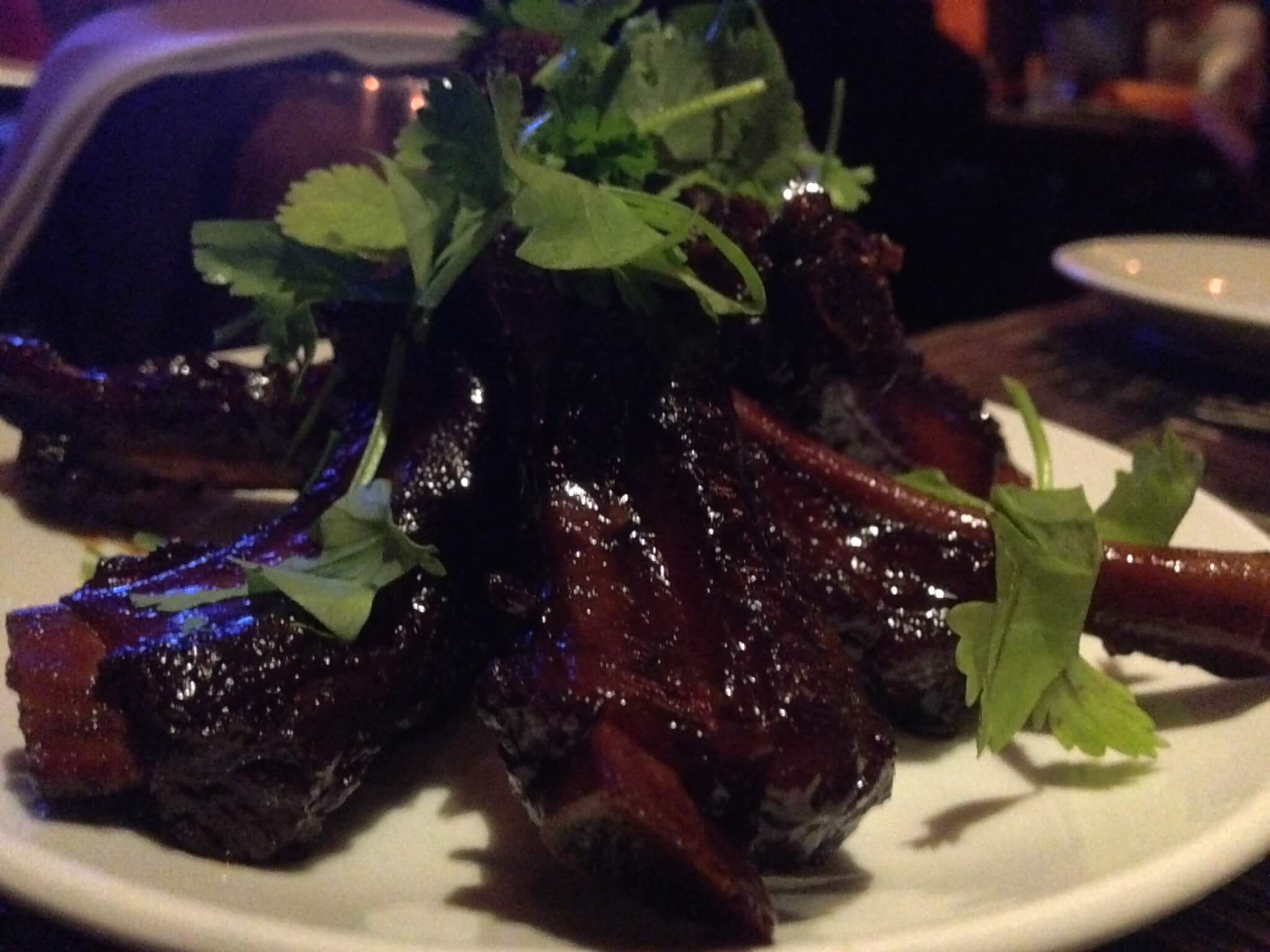 With really friendly service and a great ‘canteen’ style atmosphere, this is the perfect place to pick up a couple of bottles of (German) wine and just forget that Monday was ever invented. For desert we were persuaded (pretty easily I should say) to have ‘The Real Thing’; a crispy sweet baked banana that arrives molten hot and solidifies after you dunk it into ice cold water. This is the dessert that changed my perception of oriental desserts, delicious.

The De Luxe Menu at Long March is 36 euros each and has thirteen dishes as well as ‘that’ dessert and for me it is well worth the price.

Drink: If all that German wine wasn’t enough then stumble literally metres down the road to Schwarze Traube. A small bar that probably fits in with The Guardian’s ‘artsy’ description of the area. Here it’s all about the drinks, the bartender won Germany’s best bartender in 2013 and the cocktails aren’t ordered but rather they are bespoke made to match your mood and preferences. So much for beer and sausages then.

Sunday Market: Have a quick breakfast (will leave that one up to you) then get over to the Flea Market at Mauerpark. Open only on Sundays this is a huge outdoor flea market with everything from lego to second-hand leather boots. Even if you don’t buy anything (we didn’t) there’s live music and plenty of stalls to keep you entertained. 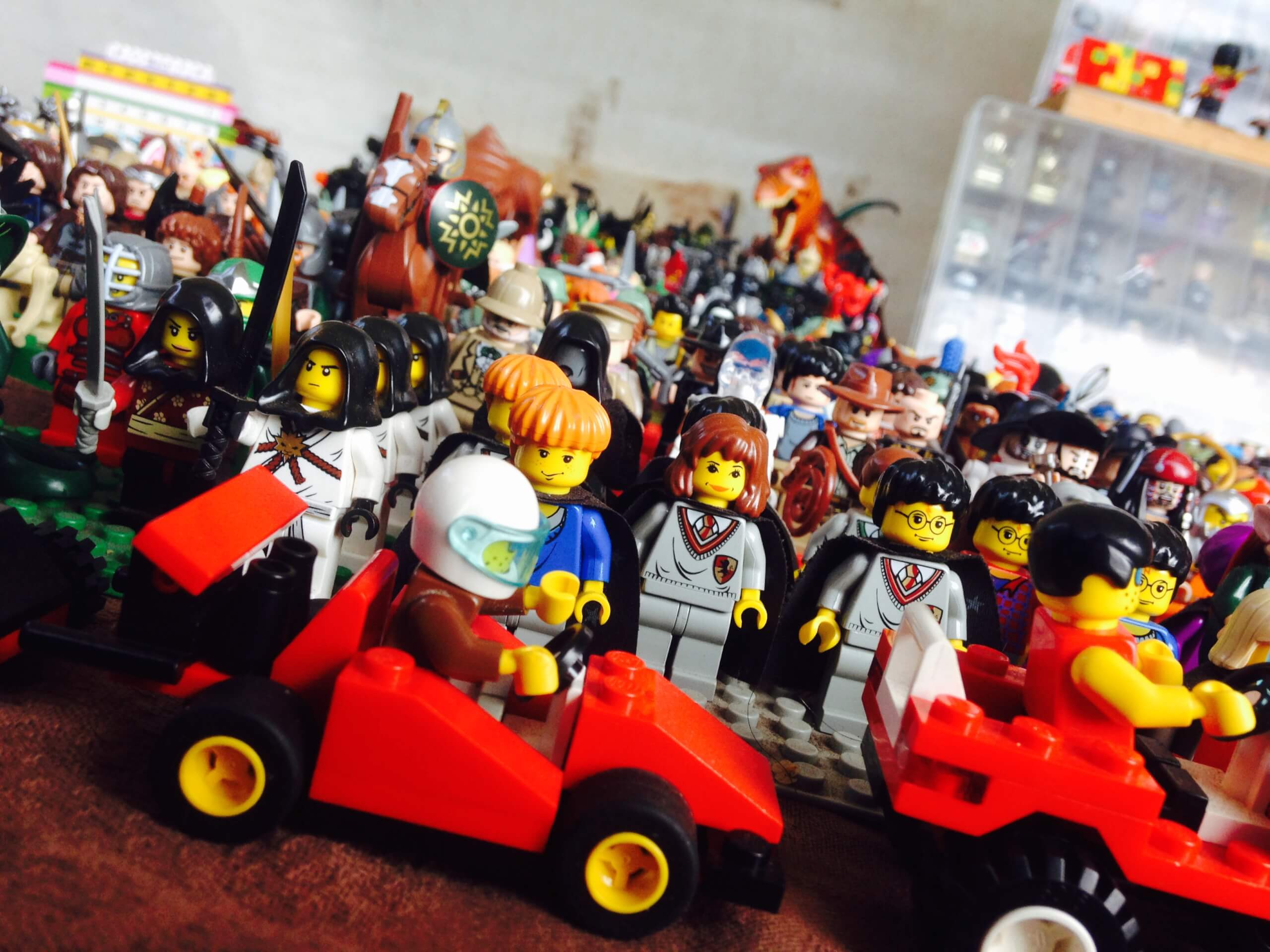 As you might expect Berlin’s travel network is…efficient. There are loads of methods be it trains, trams or tubes to get you round, and strangely (even though I had one) I wasn’t asked for a ticket once, nor were there any barriers- it puts London’s price rises in perspective.

Anyway hop on one of these and get over to the C/O Gallery. The focus here is on photography with both young and established artists hanging on the walls of the 2,000sq metre ex-post office. We saw a brilliant exhibition based around the 1966 film ‘Blow Up’ which contained work from some of Britain’s best artists like David Bailey and Don Mccullin. They might knock the whole place down soon so do go.

Lunch: I’ve never liked zoos so I was pretty pleased to hear that rather than going in one I’d be overlooking Berlin zoo during Lunch at Neni on the top floor of the 25Hours Hotel in Berlin. The view is predictably spectacular, what I wasn’t expecting was just how good the food was. I usually stay away from restaurants in high places or in hotels but Neni is an exception to the rule. Neni is a sort of Persian, Moroccan European fusion. It’s perfect for lunch as all the dishes are small and designed for sharing. I’d recommend the three types of humus to get you going. With the sun shining down and 360 degree views of the city, this is a place it’s hard not to enjoy. 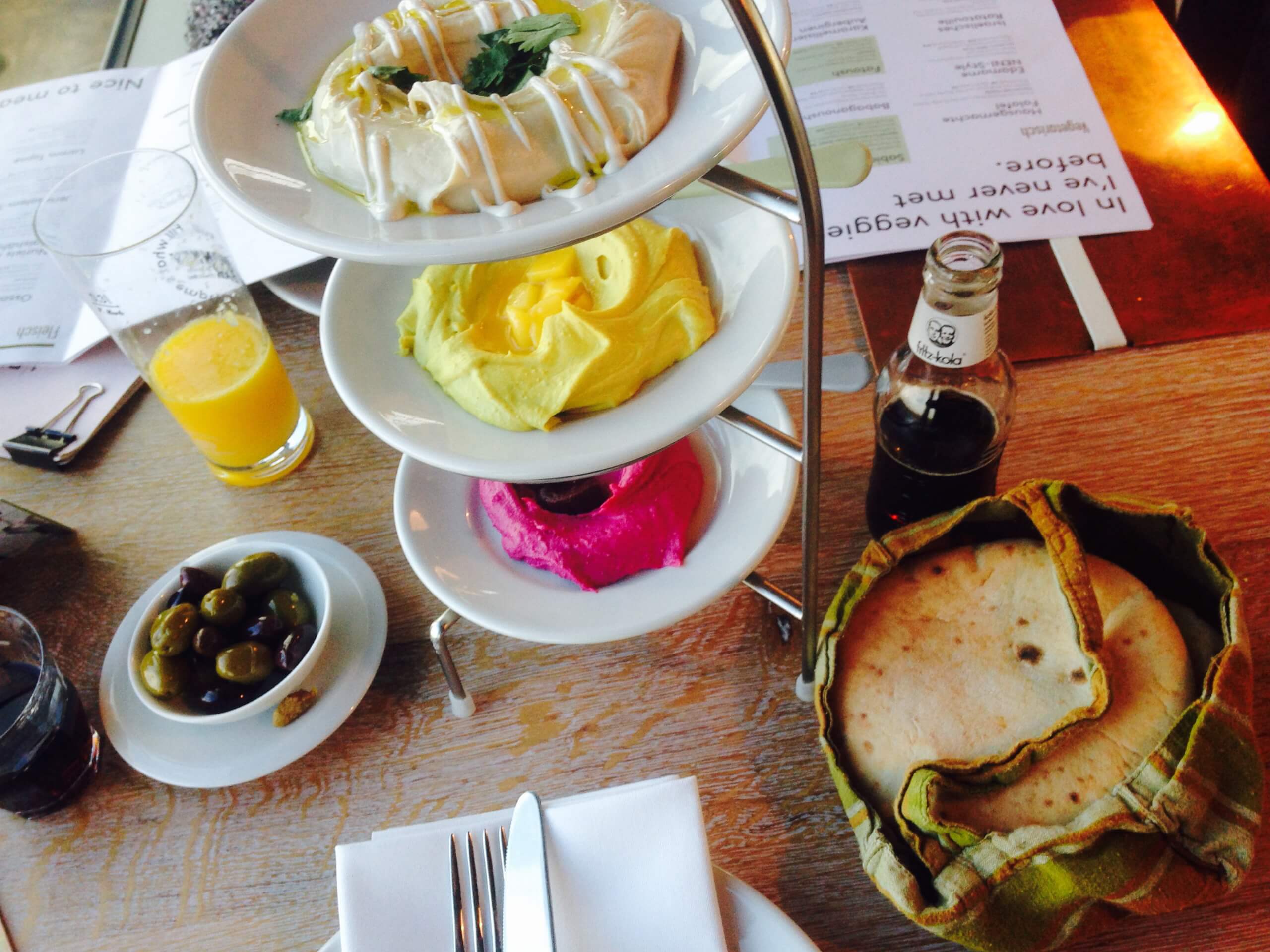 With your time slowly dwindling in the City you have to make the trip to the East Side Gallery.  One of the most famous still-standing segments of the Berlin Wall, the wall is now covered in interesting colourful graffiti. It’s called a ‘gallery’ but this isn’t a formal trip, it’s free to enter and you can stroll down the river alongside the 200 metres or so of wall.

Berlin isn’t the most tourist-friendly of cities I have ever been to, but if you arrive prepared and use your time well then it’s a great place to get a mixture of culture, nightlife and good food. FOLLOW @CASSHOROWITZ

Visit Berlin helped me with the planning of this trip- they are very useful and friendly and can be found at http://www.visitberlin.de/en 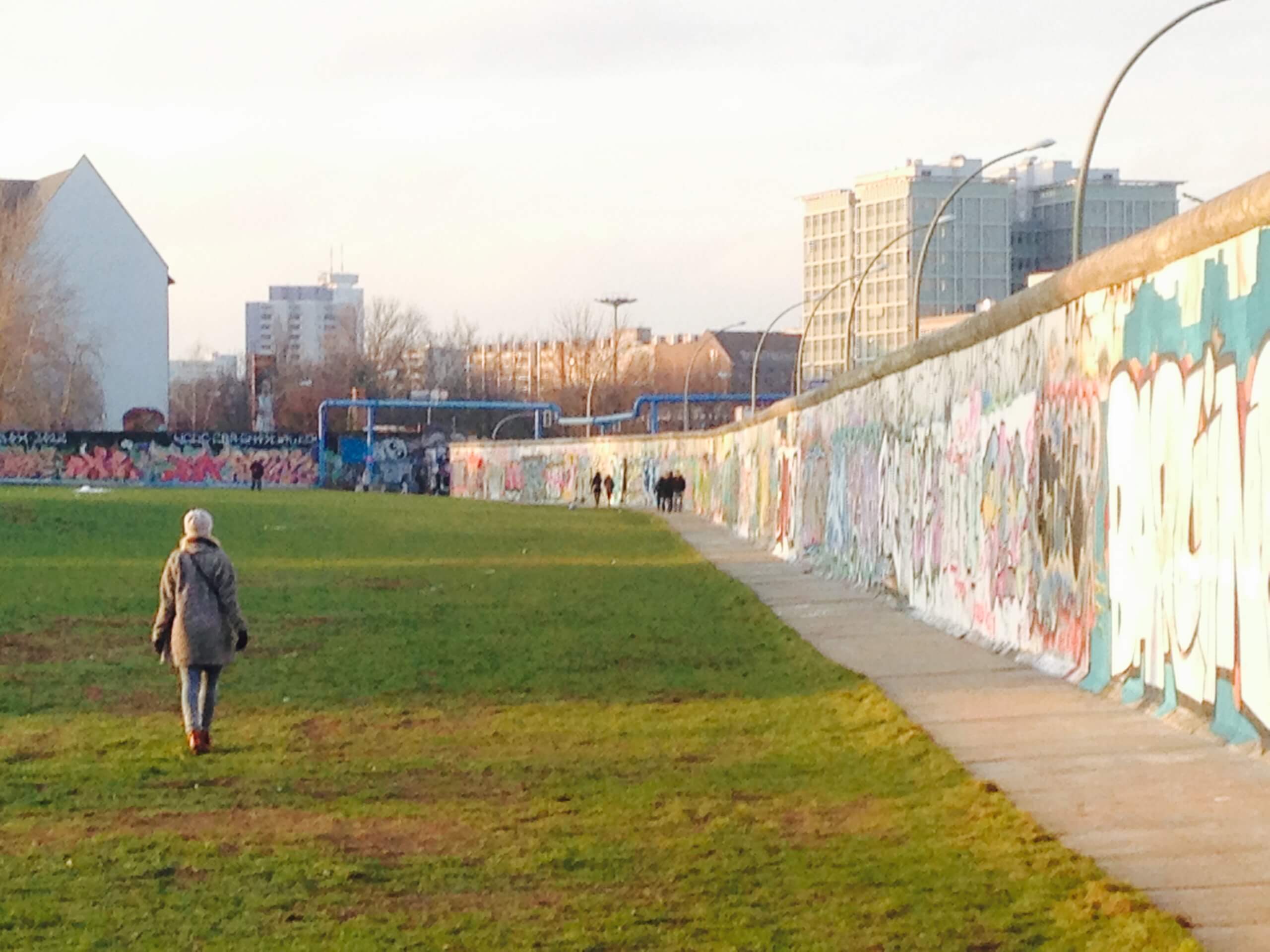