Top 10: Hottest Hotel Openings in America in 2017By Alicia Grimshaw

Planning a trip stateside? We’ve got the lowdown on the best new hotels you need to visit this year; from trendy design hotels to luxury resorts, here’s the hotels you simply cannot miss:

1. For a Luxury Resort: Hotel Xcaret 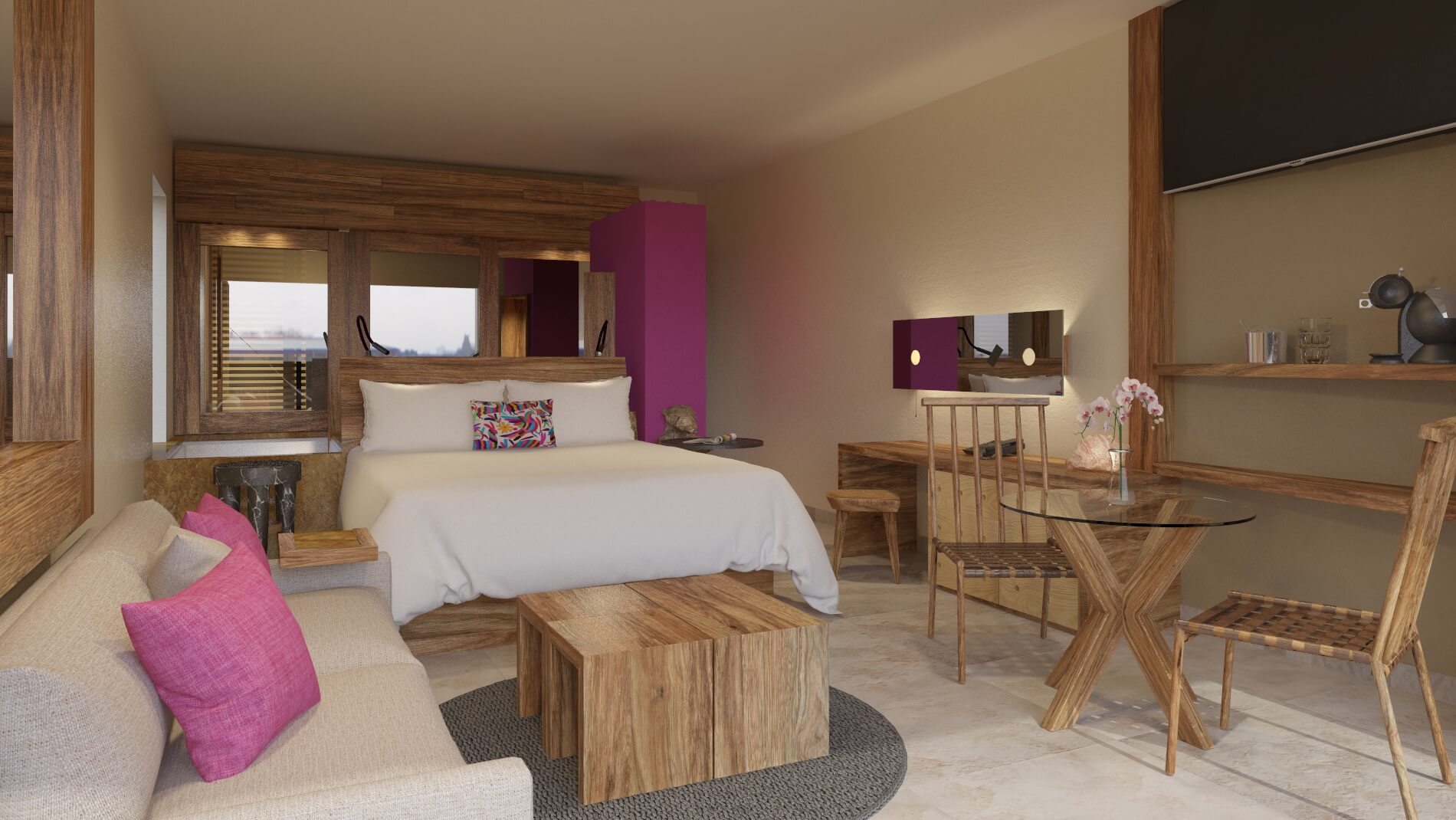 The Lowdown: Opening in the Riviera Maya in late 2017, Hotel Xcaret will offer five types of accommodation, each inspired by a natural element, reflecting traditional Mayan beliefs and traditions through aesthetics, gastronomy and ambience.

What to Expect: The property will have five Casas: Casa Fuego, an adult-only haven; Casa Espiral, an experience that enriches the connection between friends, colleagues and partners; Casa Agua, a comprehensive Spa and Wellness programme; Casa Tierra, a family focused experience; and Casa Viento, a bespoke family offering that hopes to bring everyone closer together.  Hotel Xcaret Mexico will also feature Muluc Spa and Wellness Centre, offering treatment rooms carved out of the rocks, where guests will experience a unique sensation of calm and relaxation. 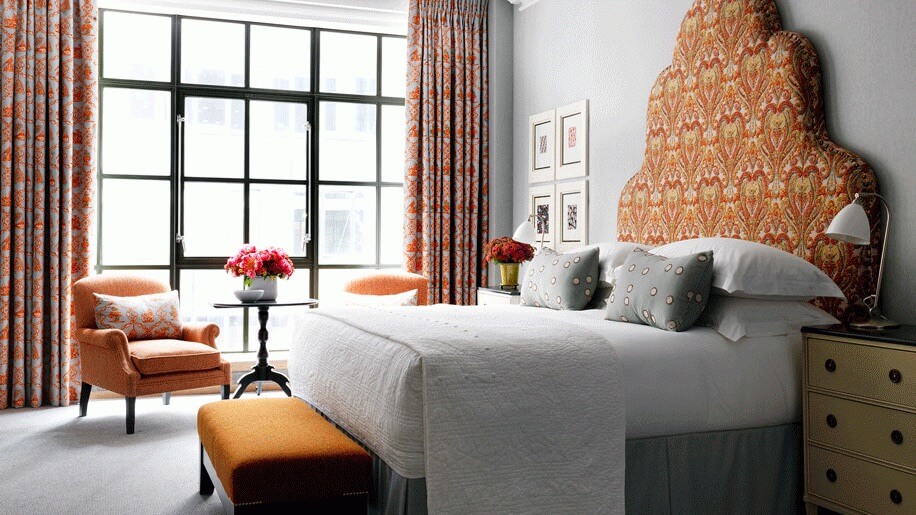 What to Expect: Similar in scale and structure to its downtown sister, the 15-floor Whitby will have 86 rooms and suites, including a stunning two-bedroom accommodation that will encompass the entire top floor and feature two terraces with views to the north and south. The ground-floor bar, as well as a cosy drawing room and terrace, will serve as a gathering place for guests. And expect a 120-seat state-of-the-art cinema too. 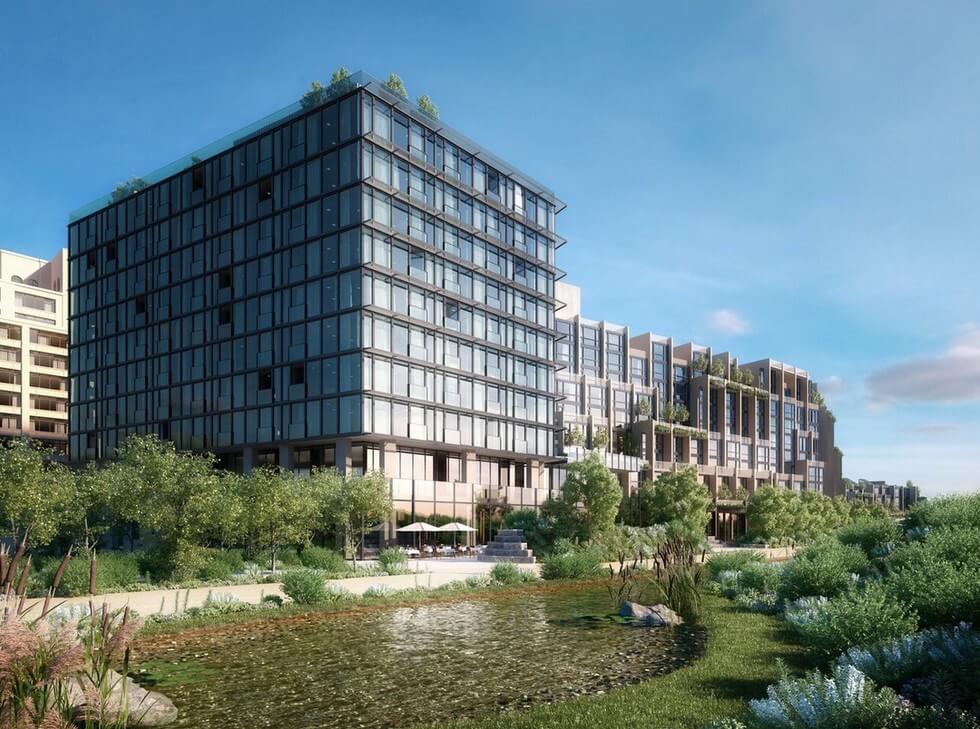 The Lowdown: Hot on the heels of a successful Manhattan venture, 1 Hotels is looking to conquer another borough. The new 1 Hotel Brooklyn Bridge – located right on Brooklyn’s new riverfront park and featuring prime views of the East River, Statue of Liberty and Manhattan skyline – will focus on nature and sustainability just like its Central Park sibling.

What to Expect: Drawing from its surroundings, the hotel used shipping containers, pilings and piers as design inspiration plus incorporated a million panes of glass to create a seamlessness between outdoors and in. The 194 guest rooms will have floor-to-ceiling windows, eco-friendly Keetsa mattresses and reclaimed materials. And award-winning chef and restaurateur Seamus Mullen will head a farm-to-table restaurant, while a rooftop bar and lounge will offer a plunge pool for hot days and fire pits for cold nights.

4. For a Mountain Retreat: The Lodge at Edgewood Tahoe

The Lowdown: South shore Lake Tahoe’s opening of The Lodge at Edgewood Tahoe sees an original 1968 lodge reborn as a stunning lakeside retreat with health, recreation and ecology at the core. The new luxury bolthole will allow locals, newcomers and regulars alike to see the lake that’s been revered for centuries in an entirely new way.

What to Expect: After a decade in development, the lodge will house 154 luxury rooms and 10 cabins, which will also feature a ballroom, spa and fitness room by the winter, when the luxury lodge is expected to appeal to those wishing to ski the famous heavenly ski resort. The Spa at Edgewood Tahoe—an 8,500-square-foot space will offers guests uninterrupted serenity amongst an atmosphere both peaceful and inviting. And there’s three restaurants onsite to help curb your hunger pangs – from fine dining to casual bites – The Lodge at Edgewood Tahoe has options to suits everyone’s palette.

5. For a Back-to-Nature Haven: Mountain Shadows 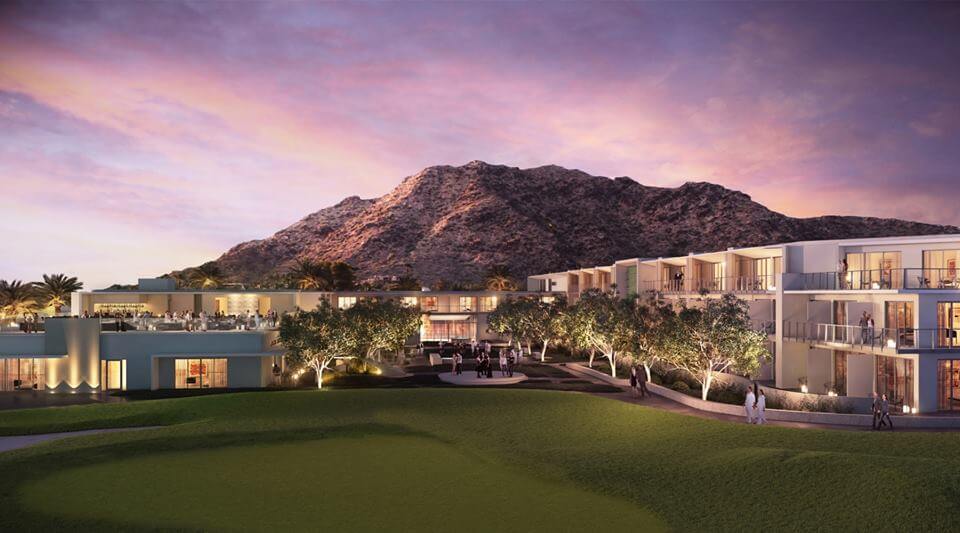 The Lowdown: In early 2017 in Paradise Valley, Mountain Shadows will open. The plot of land where the resort will exist has a colourful history. Marriott Mountain Shadows, the original resort at this location, was built in 1959 and set a high bar for Southwest luxury.

What to Expect: Elements of the original resort will remain, such as sunscreen blocks, postcards and vintage photos. The design of Mountain Shadows will be distinct – a blend of current style and mid-century modernism. An abundance of floor-to-ceiling glass will be intertwined with classic design and neutral colours. Expect an energetic vibe and a strong fitness component, which includes guided hikes of Camelback Mountain, a juice bar and a 5,000-square-foot, high-tech fitness centre. The site, which rests between Camelback and Mummy mountains, will feature 183 rooms, 37,500 feet of meeting space, a lounge and restaurant, and a fully redesigned upscale 18-hole, all-par-3 golf course.

6. For an Ocean Pad: Four Seasons at The Surf Club 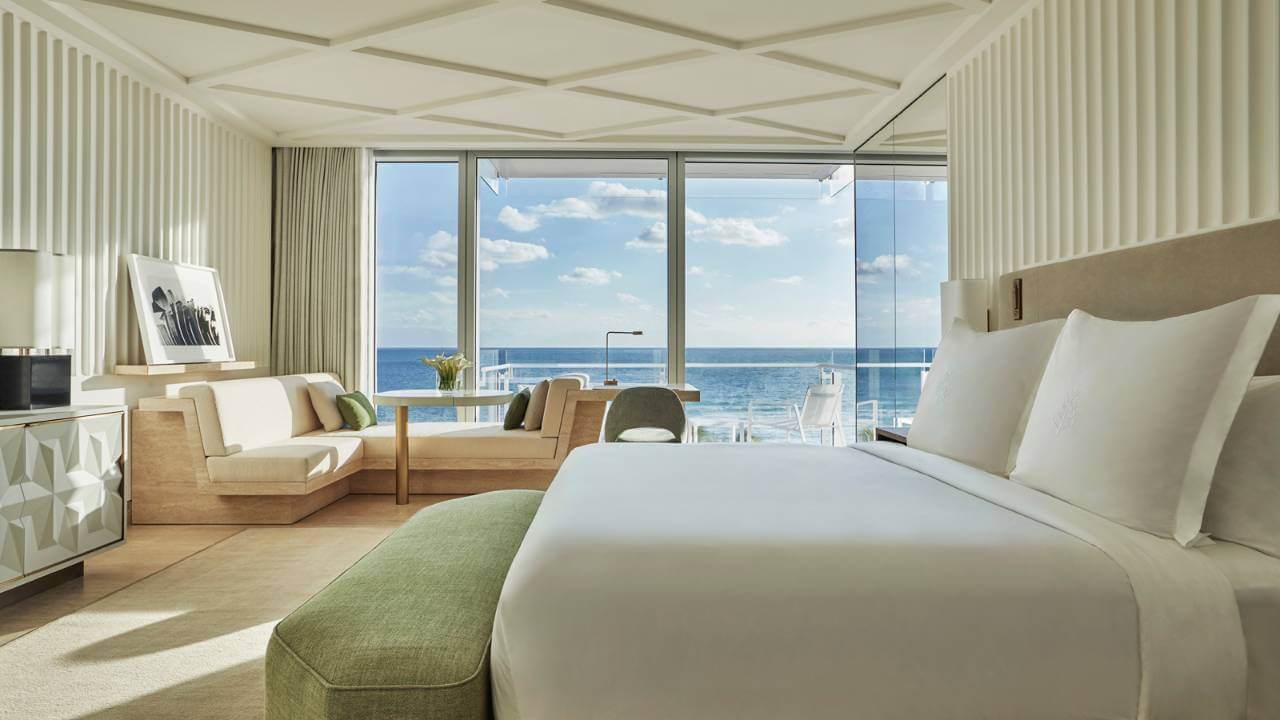 The Lowdown: 21st-century luxury travel has been seamlessly blended with old-Miami glamour at the Four Seasons at The Surf Club. Designed by architect Richard Meier and designer Joseph Dirand, the hotel is nestled in a secluded private enclave, offering expansive ocean views, and high-end accommodation. The hotel has been designed with views in mind; from the beachfront spa to the oceanfront dining – picture perfect views are guaranteed.

What to Expect: The hotel, opening in early 2017, is home to 165 rooms, and 5 new cabana studios. The  new cabana studios are luxurious overnight retreats that capture the essence of the historic Surf Club and its tropical surroundings. Hotel facilities include a number of outdoor heated pools, full-service spa with 8 treatment rooms, plus a traditional hammam, and a cocktail lounge, along with a separate restaurant.

7. For an Ocean Break: The Plunge Hotel 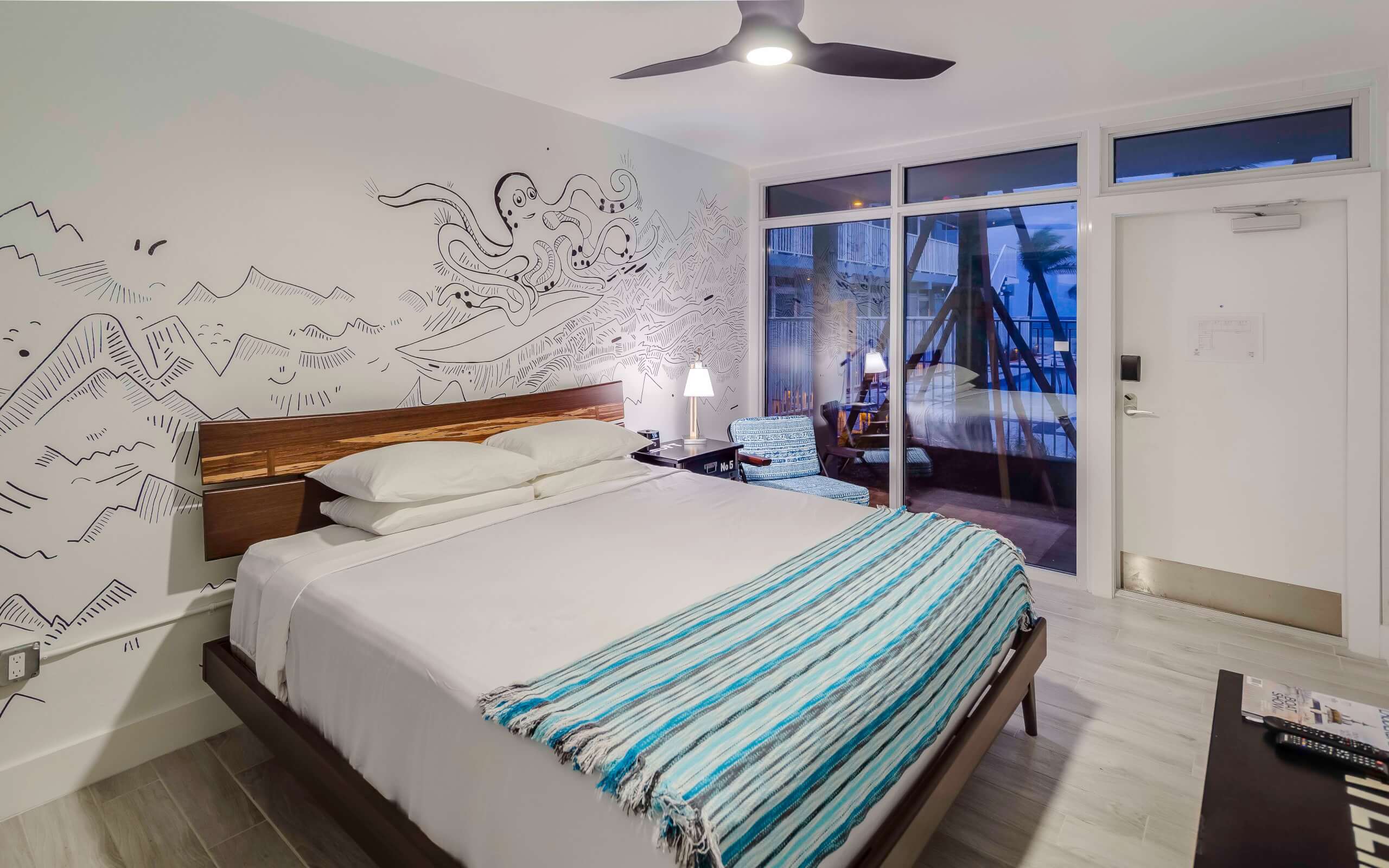 The Lowdown: The seaside town of Lauderdale-by-the-Sea is ready to make a splash as the brand new Plunge Beach Hotel is set to open in March 2017. The self-proclaimed hip hideaway shuns corporate conformity in favour of an eclectic approach to food, fun, music, technology, recreational activities and accommodations.

What to Expect: The hotel’s amenities include a beachfront swimming pool with spectacular ocean views, free WiFi, a 24-hour fitness centre and ample street level parking. The hotel is comprised of three individual buildings referred to simply as the Island, Beach and Bungalow residences, each with its own distinct vibe and design aesthetic, the resort offers guests a trio of divergent experiences tailored to their personal tastes.

The Lowdown: With outposts in Cincinnati, Bentonville, Lexington and Oklahoma City – the team at 21c Museum Hotels are adding another property to their growing portfolio, the new 21c Nashville. Opening in spring this year, 21c Nashville will follow the usual protocol of 21c properties, and will be woven into the fabric of downtown, welcoming both visitors and members of the community to enjoy its curated exhibitions, cultural programming and culinary offerings, led by executive chef Levon Wallace.

What to Expect: The hotel boasts 124 rooms, including 14 suites, as well as a 10,500 square feet of exhibition and event space which will regularly host monthly art events, and showcases. There will also be a chef-driven restaurant, bar and lounge championing locally sourced produce, and a cocktail list made up of classic and house specials. For the gym bunnies and those seeking rest and relaxation, 21c Nashville has a fitness centre and spa. 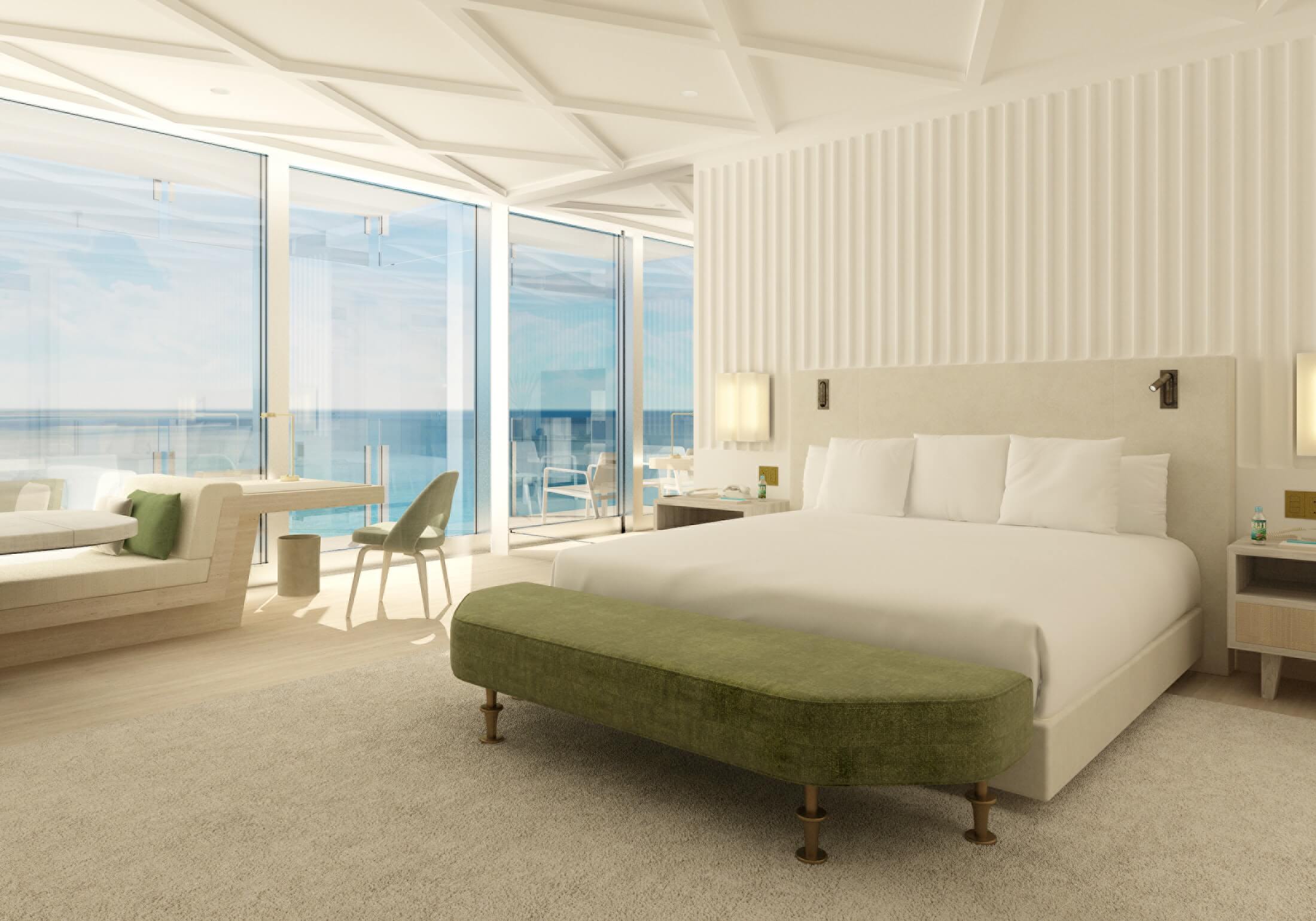 The Lowdown: Situated in the heart of Beverly Hills, the Waldorf Astoria Beverly Hills exemplifies the very best of the California good life. Opening in June 2017, the accommodation has been styled by interior design legend Pierre-Yves Rochon, with the oversized guest rooms featuring state-of-the-art technology and attractive touches like warm white stone, rich woods and floor-to-ceiling windows.

What to Expect: Over 12 floors, there’s 170 rooms boasting 360 degrees of the city. The Waldorf Astoria Beverly Hills will feature LA’s most highly anticipated new fine dining restaurant by world-renowned chef Jean-Georges Vongerichten. The Michelin-star chef will also debut his newest creations and hand-crafted cocktails in the main lounge, cocktail bar, and on the stunning rooftop areas.

10. For a Quirky Hotel: The Freehand LA

What to Expect: Open from March, The Freehand LA won’t just be a hotel for catching 40 winks. Aimed at LA natives as well as out-of-towners, drop into the Broken Shaker cocktail bar located on the roof terrace for handcrafted cocktails and small bites. There’s also Rudolph’s Bar & Tea which will offer a menu built around tea-infused cocktails and vintage spirits, alongside full tea service and light bites.

11. For a Classic Hotel: The Pendry

The Lowdown: Pendry Hotels is focused on developing classically beautiful hotels that are also culturally connected and brimming with experiences that surprise and delight, with a strong focus on community and creative collaborations and programming.

What to Expect: Pendry Baltimore will feature 128 guest rooms, four bar and restaurant concepts with the team behind NoHo Hospitality. Pendry Hotels will embrace local Baltimore culture by welcoming and collaborating with creatives who know their city inside and out to bring an informed, highly personal element to their unique programming and services.