It’s no secret that I love London. I have little patience for Chelsea types who gush about how good it is to “get out of London”, while clay pigeon shooting in the countryside or gorging themselves at gastropubs in the Home Counties. In truth, I believe there are few things which the capital cannot offer, you just need to know where to look.

It was with slight trepidation, therefore, that I left the city on the sunniest weekend we’ve had in yonks and headed for Stamford – a town which, despite being named the best place to live in the UK by The Sunday Times just last year, I had not previously heard of – and, more specifically, The William Cecil hotel. 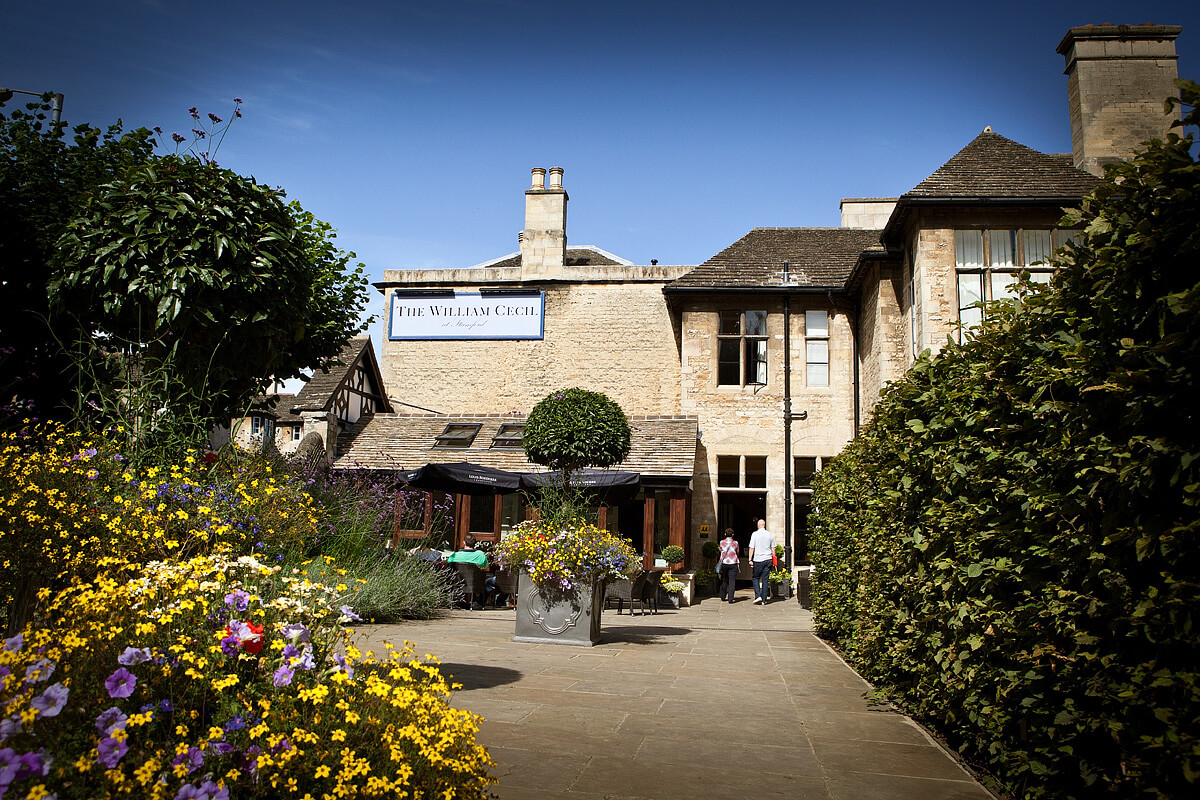 The William Cecil: The Room

I needn’t have worried. As my guest and I were shown into our spacious luxury room, complete with large freestanding bath, I could feel the tension garnered during a relatively brief journey with National Rail gradually begin to lift.

Taking inspiration from the furnishings of nearby Burghley House (the hotel itself is situated on the Burghley Estate), The William Ceil surrounds its guests with dark, wooden, comfortable furniture, creating rooms full of character and the kind of generous luxury that seems to have become unfashionable of late. In fact, the decor’s general indifference to modern trends caught me off-guard – and it may have been my favourite thing about my stay.

The hotel verges on twee only with its letter addressed directly to guests’ canine companions (who are more than welcome to join owners during their visit), which is perhaps best left hidden at the back of the welcome pack. 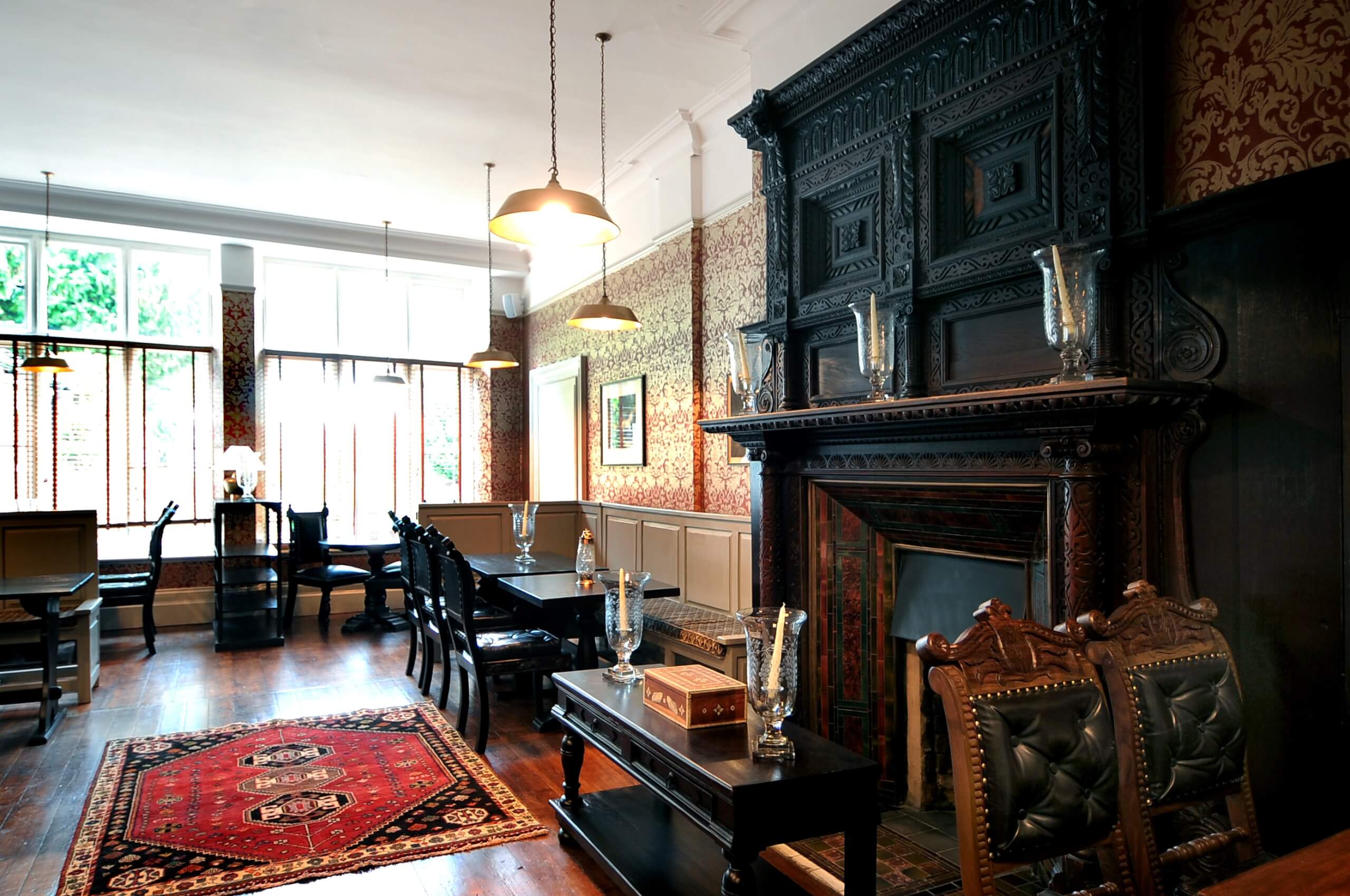 The William Cecil evidently prides itself on ensuring that everything is ‘just so’ in each of its twenty-seven Classic, Chic and Luxury rooms. Every request was met with a smile and an “Of course!”- clearly staff are unaware of how frequently I am told I can’t take my  drink more than a metre or two from the bar without decanting it into a plastic cup. Perhaps it’s the hotel’s popularity as a wedding and reception venue that has led its staff to simply treat everyone as if they might be a member of the bridal party. Either way, I wasn’t complaining. 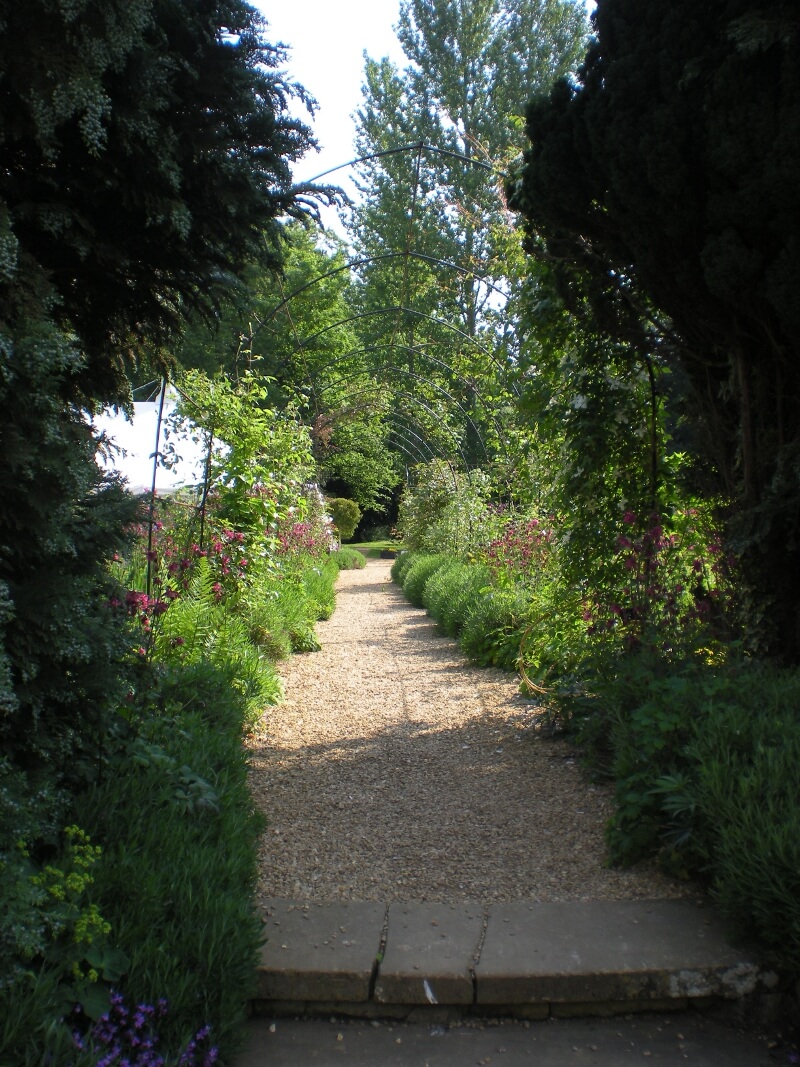 The William Cecil: The Gardens

A slow mid-afternoon meander into Stamford’s sleepy town centre revealed an abundance of alternative eateries, from which I would have certainly struggled to choose had we not been booked to dine at the hotel.

Grassy riverbanks, picturesque churches and timber-framed historic buildings all bring a sense of romance to the high street – not to mention the large number of jewellers, all with diamond rings winking in their windows.

Stamford Cheese Cellar, one of The William Cecil’s many local suppliers, is well worth a visit, as is the small but sweet Saturday market which congregates in Red Lion Square. 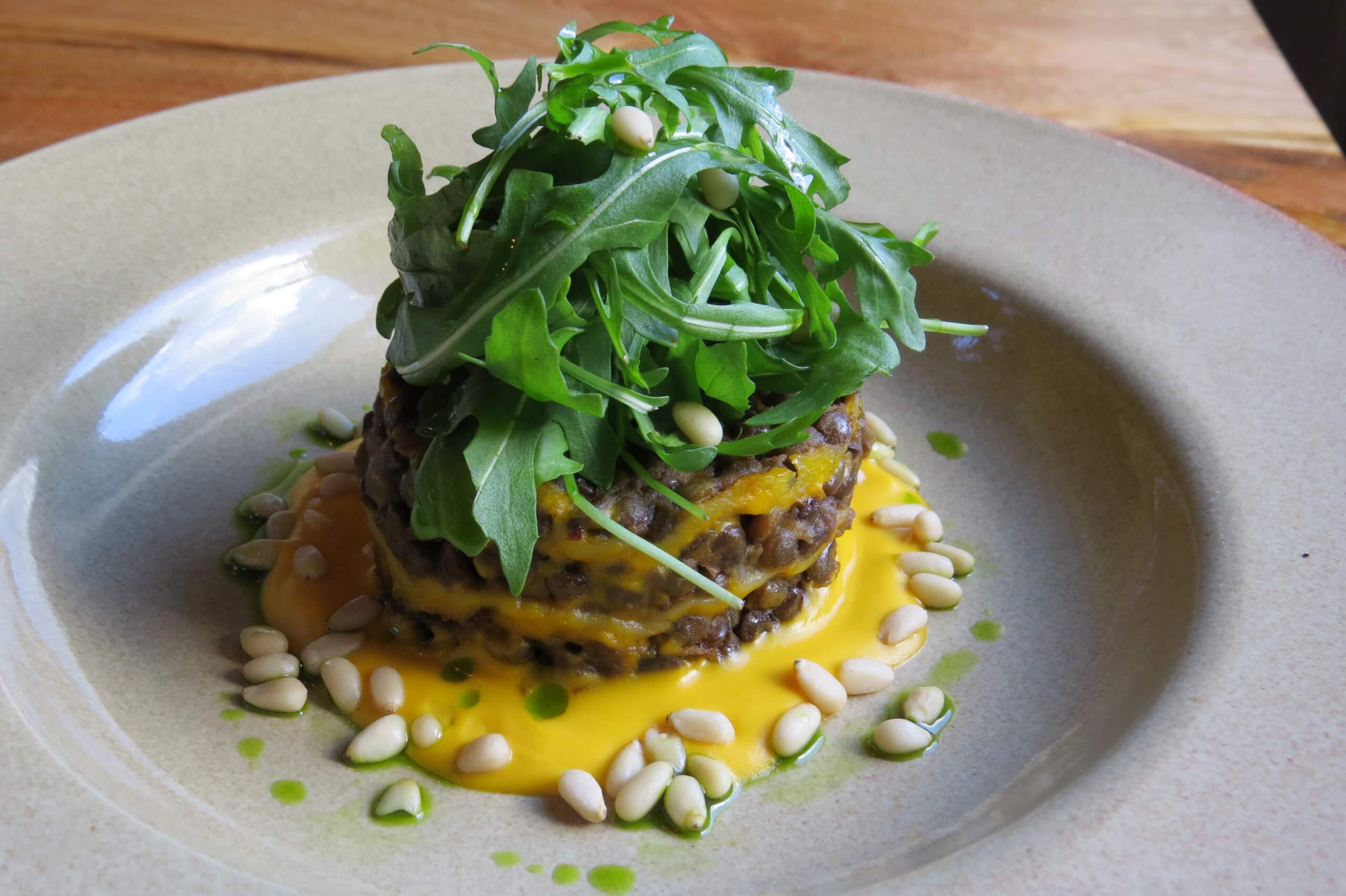 The William Cecil: The Food

Back at The William Cecil, dinner is a cosy, informal affair. The waiter, who had apparently seen me lusting over the lemon sole with crayfish tails and champagne butter on Twitter some hours earlier, politely confirmed that this would be a favourable choice – and he wasn’t wrong.

It’s hard to describe the relief of being presented with a menu that does not consist entirely of ‘small plates’ and retro cocktails. Out of habit, we ordered sides which proved delicious, although wholly unnecessary.

My guest was suitably impressed by a succulent rack of lamb, baby vegetables and pearl barley – the locally sourced, seasonal ingredients noted more as a nod to common sense, rather than a unique selling point, as it is in so many London establishments.

Having sampled almost every desert on the menu (What? It was a sharing plate!), I’d recommend saving space for the chocolate terrine – I’d happily never eat cheesecake again if it meant restaurants might take it off their menus and replace it with this sweet and delicate concoction. 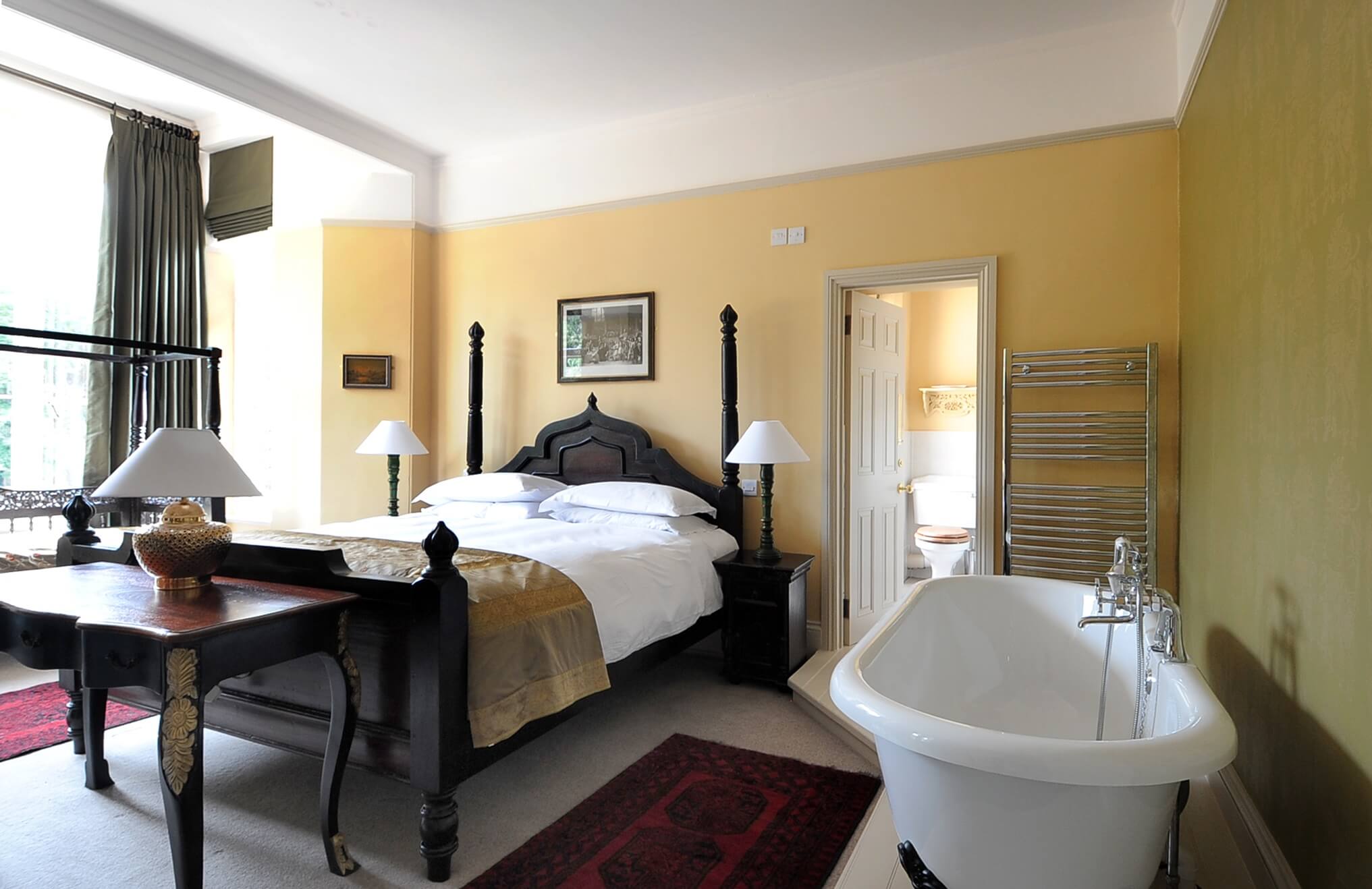 Full and content, we stepped out into The William Cecil’s small and secluded garden area – “Can I take my drink?” “Of course!” – to enjoy the last of the day’s warm weather. On cooler evenings, I suspect the chic bar area, filled with books, armchairs, lamps and cushions, might make a wonderful alternative. 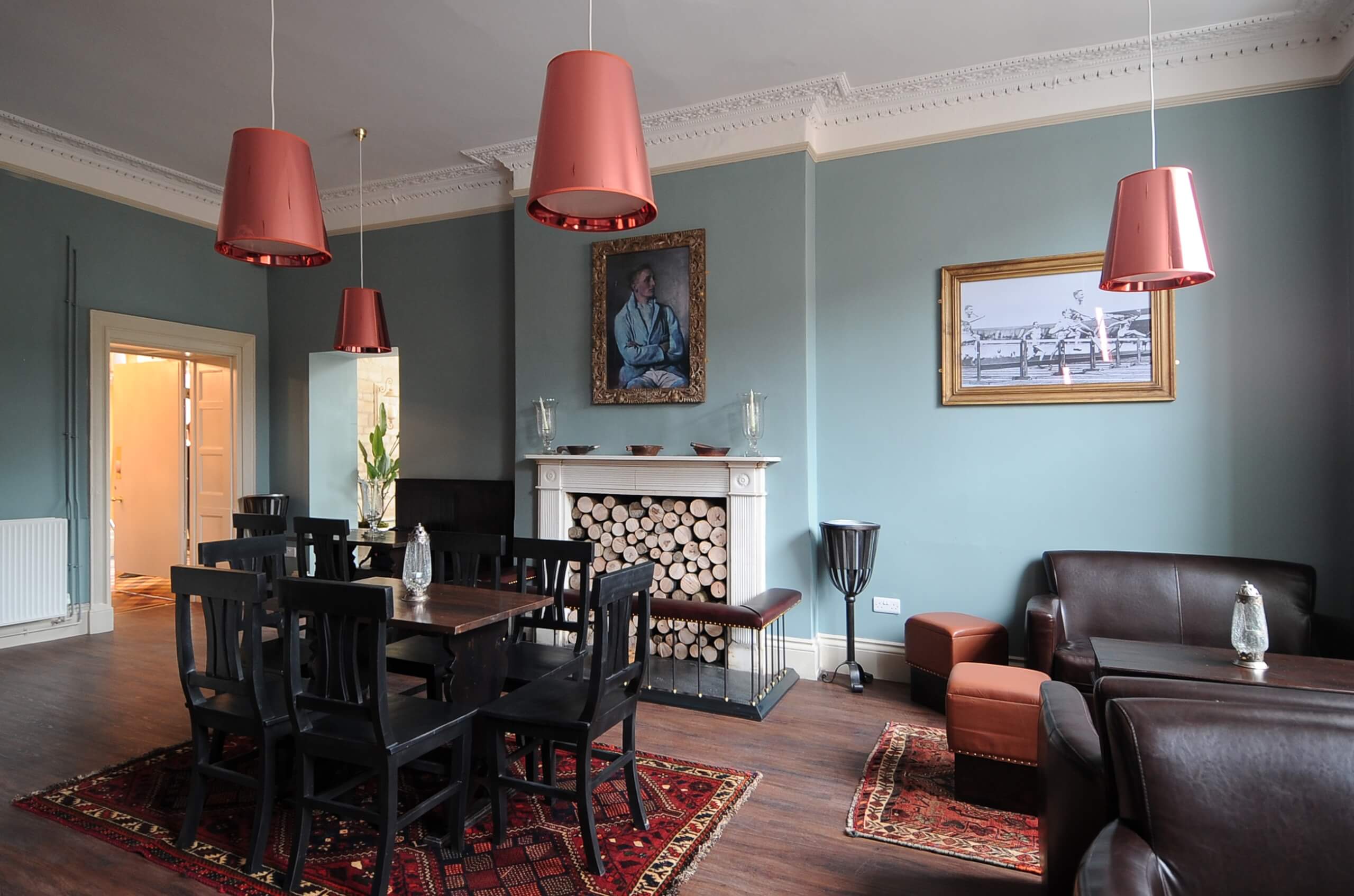 The sheer classiness of The William Cecil ensures the breakfast menu carries off an unapologetic selection of ‘hangover drinks’ with style – although, having enjoyed one of the best night’s sleep I’d had in ages, I think I’d have forgiven even the clumsiest of faux pas.

The light and airy conservatory room is perfect for morning dining and the food certainly rivals the impressive array of brunch options that have popped up (often literally) in East London since the age of gentrification.

With buffet table treats including vanilla poached pineapple and honey on the comb, as well as a selection of (perfectly) cooked choices to order, breakfast did not disappoint. I have to admit that, as short breaks go, The William Cecil is one of the most pleasant places to while away a weekend – both in and outside of the capital.