The six-star, nine-storey, 119-room Thief Hotel in Oslo states its mission is to “steal you away from everyday life”. And as I make my approach to the hotel, I get the sneaking suspicion they may just succeed…

Overlooking the canals of the area of Oslo called Tjuvholmen, and the Oslofjord, the location of The Thief really would be impossible to beat. 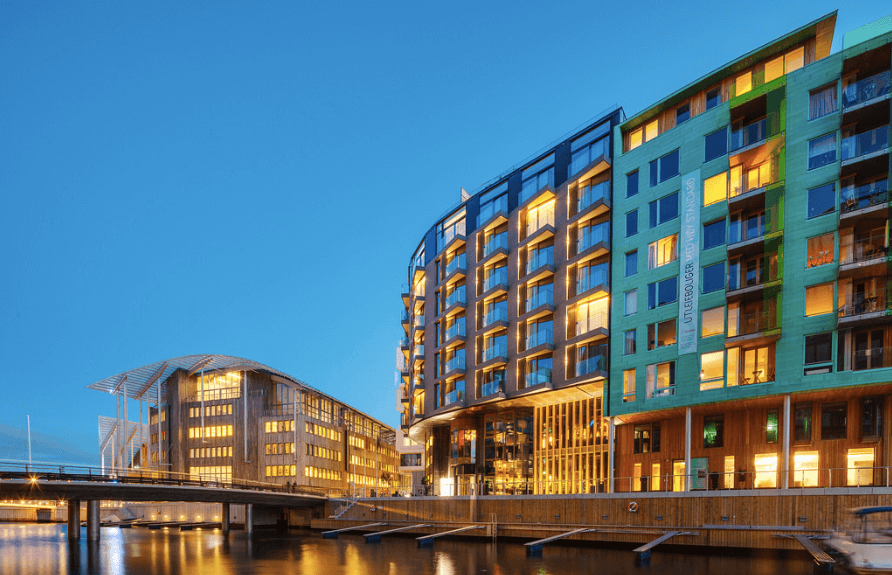 As Oslo’s most recently opened hotel, it has brought much needed luxury and glamour to the country’s hotel offerings. The mastermind behind The Thief is its art-collecting billionaire owner, Peter A. Stordalen. And as an enchanting, crouching Anthony Gormley statue greets you outside the hotel entrance, you quickly realise that beautiful modern art will be a theme and the main feature throughout the hotel. 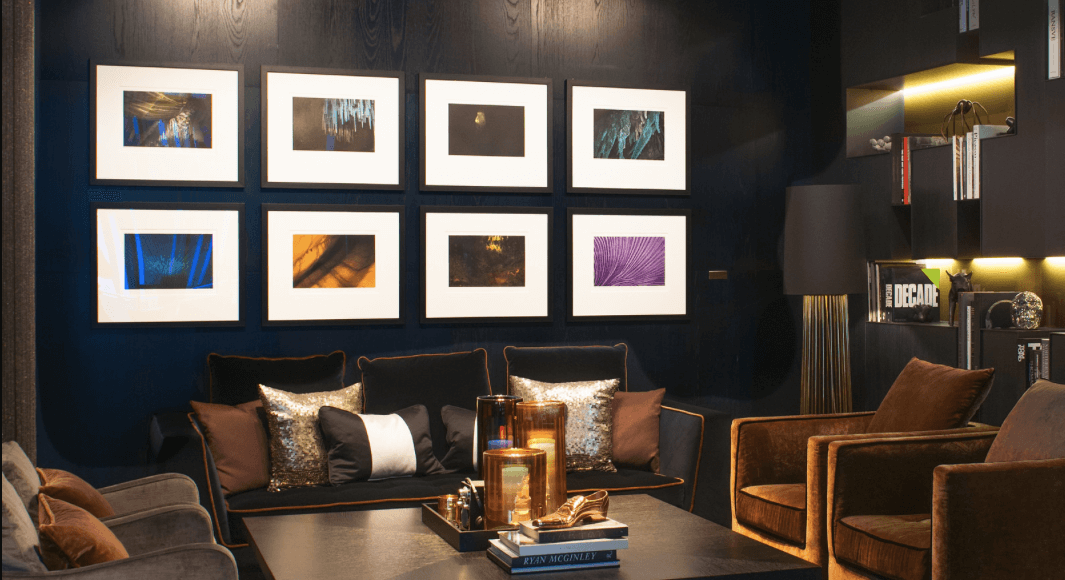 The Thief: The Art

One thing most hotels cannot boast is having their own art curator. The Thief, however, has one of the world’s best – Sune Nordgren.

Unsurprisingly then, the hotel is absolutely filled to the brim with outrageously good pieces. A Peter Blake in the corridor, a £1.7 million Andy Warhol (Ladies and Gentlemen) just hangs casually in the hotel restaurant, and then there’s the enormous Richard Prince lithograph in reception – from his cowboy series, and aptly named ‘The Horse Thief’. 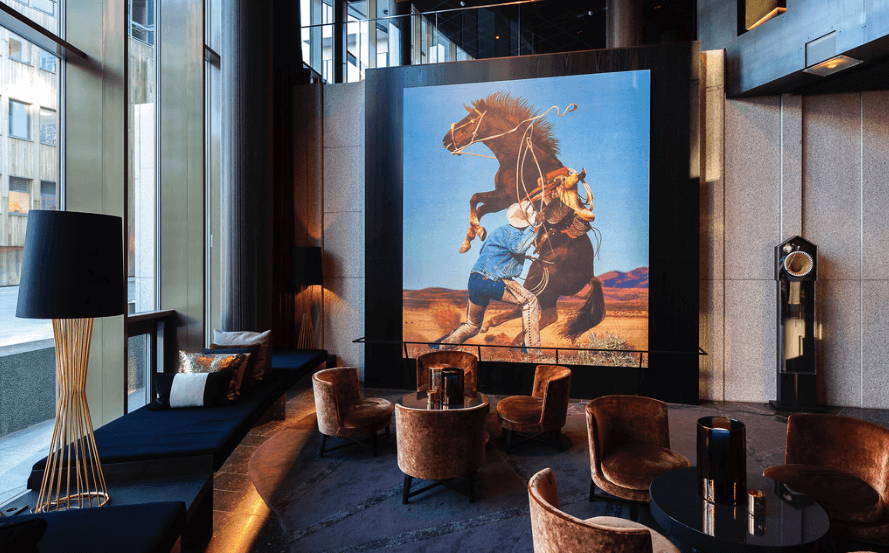 The most fun work is perhaps in the hotel lifts, though. Each lift has a different blinking computer animation by Julian Opie. And there’s thoughtful and conversation provoking selection as well with Charlotte Thiis-Evensen’s slow-motion video installation showing three Somali Muslim girls playing with their veils, and of course the simply fantastic Fiona Banner pink-lettered, sub-pornographic text of Lawrence of Arabia –The Desert. I’d love to know how many hotel guests take the time to read her small print. 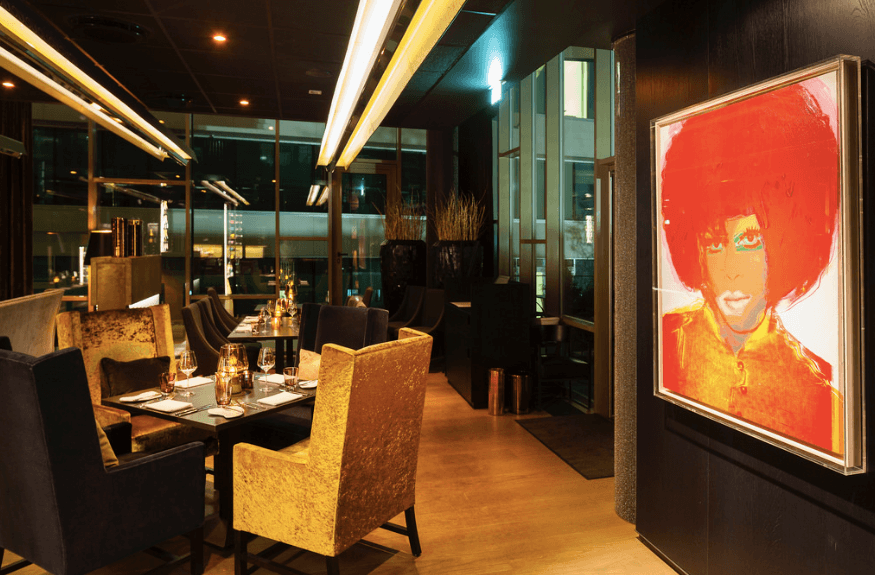 The art is not only a feature in the common areas, however. Seventy five of the hotel’s rooms contain works by notable artists – and the total worth of all the art in the hotel is £3 million making it the most highly insured hotel in the world.

Found in each room is also an in-room art menu where you can order pieces for display and/or purchase. The hotel can also provide you with an art map to guide you around the hotel’s collection.

The Thief: The Location

The exquisite display of art extends beyond the walls of the hotel, however. Being Oslo’s newest borough, Tjuvholmen features stunning new architecture, private art galleries, and has quickly become a hub for contemporary art. 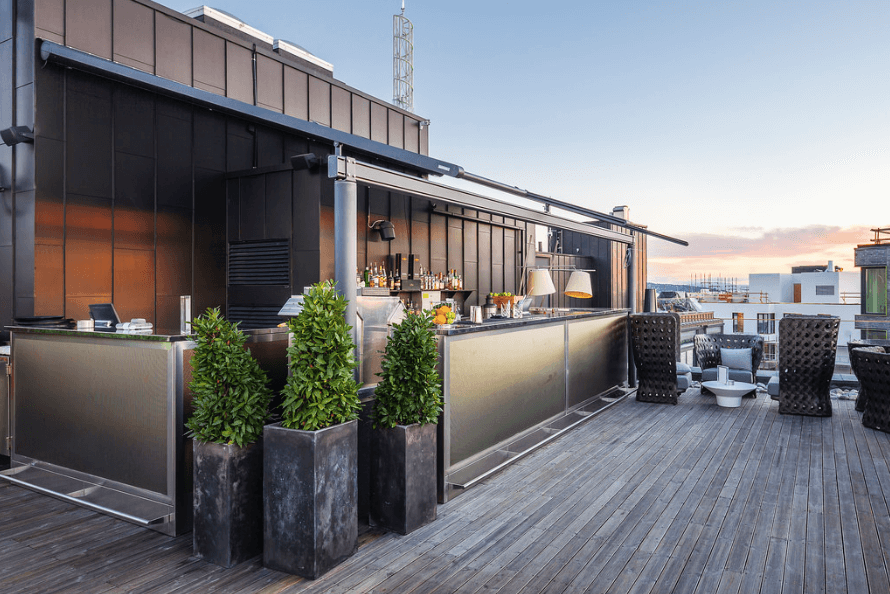 There are innumerable works on display that were created as part of the outdoor scenery such as the delightful sculpture of a man walking on stilts in the middle of a canal, and a roundabout made in the shape of a large foot. If the aim of Tjuvholmen is ‘art for everyone’, then it has succeeded in this.

Several modern art galleries have opened in the area. The Astrup Fearnley Museum is the best, and is literally 100 meters from The Thief. Luckily your room keys give you unlimited access to the museum so you can check out works by the likes of Jeff Koons and Damien Hirst at leisure.

Surrounding the Astrup Fearnley Museum is Tjuvholmen sculpture park which showcases big sculptures on outdoor display including a giant reindeer made from motor bike parts. The whole area is a joy to explore, as there literally is a surprise around each and every corner. 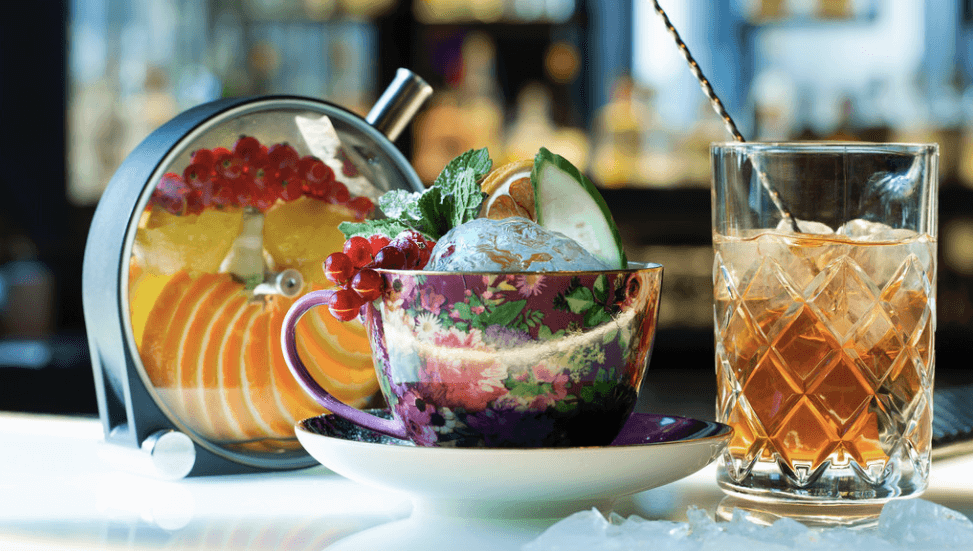 Hanami is a modern Japanese fushion restaurant serving up incredible sushi, sashimi and grilled food from their robata grill. The menu includes gems such as black cod with miso, and scallops with shiso. Japanese cuisine makes sense for Norway, with its love of, and access to, high quality fresh fish and seafood.

Lofoten Seafood Restaurant is a more traditional choice and here you will only be offered the best fish and seafood on offer. The menu here is changed 7-8 times a year to reflect the best of each season. Between January and March you can expect steamed cod with liver and roe, direct from Lofoten. In the months from October to December you will get fed the Norwegian specialty “lutefisk” – cod treated with lye.

The Thief: The Design 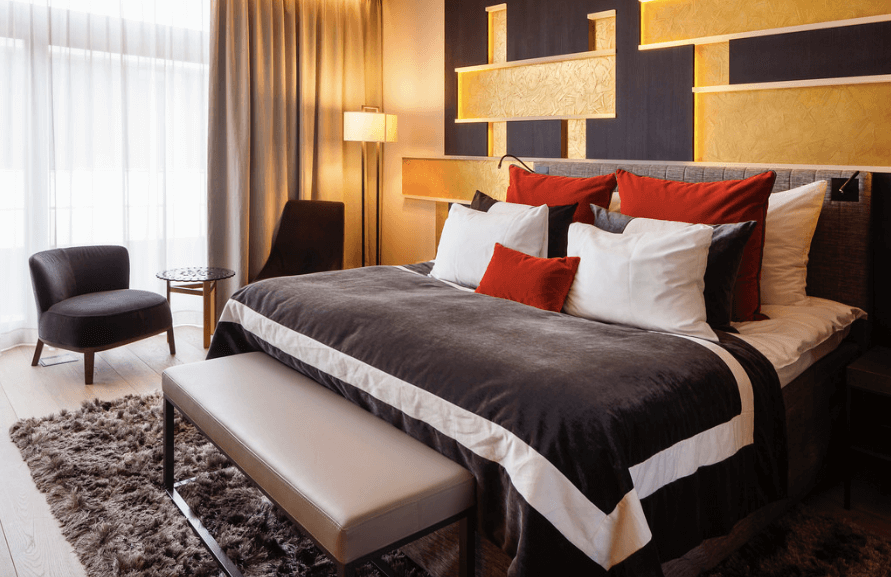 The Thief’s décor in both the common areas and the bedrooms is exquisite. Every single room is elegantly furnished with chic Antonio Citterio armchairs set against dark wood walls and floor-to-ceiling windows. The bathrooms in the rooms are enormous with rainfall showers and motion-sensor lighting. Added to this is a Nespresso machine, Geneva sound system and luxurious Scandinavian textiles. The icing on the cake has to be the private terrace which overlooks the Oslofjord. On a clear day, the view is endless. The minibar is fun with Norwegian socks, Moods of Norway underwear and nail polish for sale.

The Thief: The Food 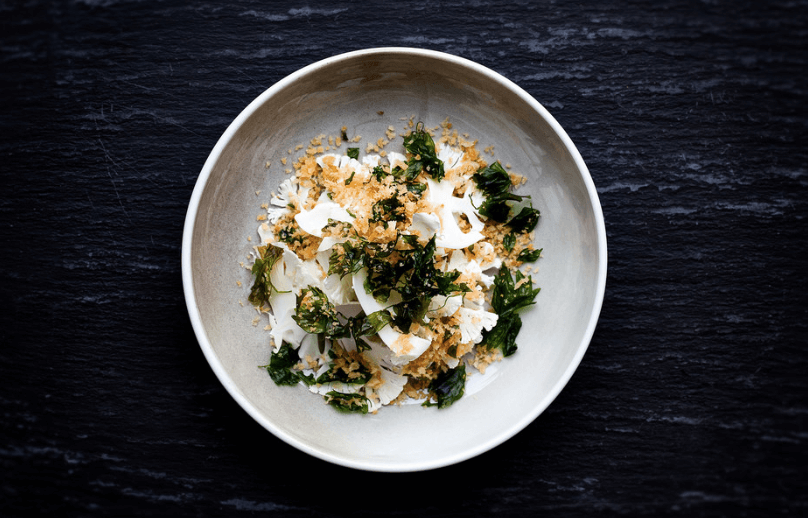 A buffet breakfast is included in the room rate, and it’s a real Scandinavian treat. All the produce presented is regional, local or organically sourced. The highlights are the Norwegian smoked salmon, pickled herring, fresh beetroot juice, homemade sugar-free granola, freshly roasted homemade rye bread, and the organic butter. Breakfast here is so good that locals come from all over Oslo on the weekend’s to sample it.

The hotel restaurant, Fru K, is also open for lunch and dinner and serves modern Norwegian cuisine including dishes such as Langoustine from Midsund served with turnip and cabbage-smoked cream. The menu changes constantly as the kitchen only serves what is fresh and in season in Norway. Opt for one of the tasting menus with matching wines and you will not be disappointed. 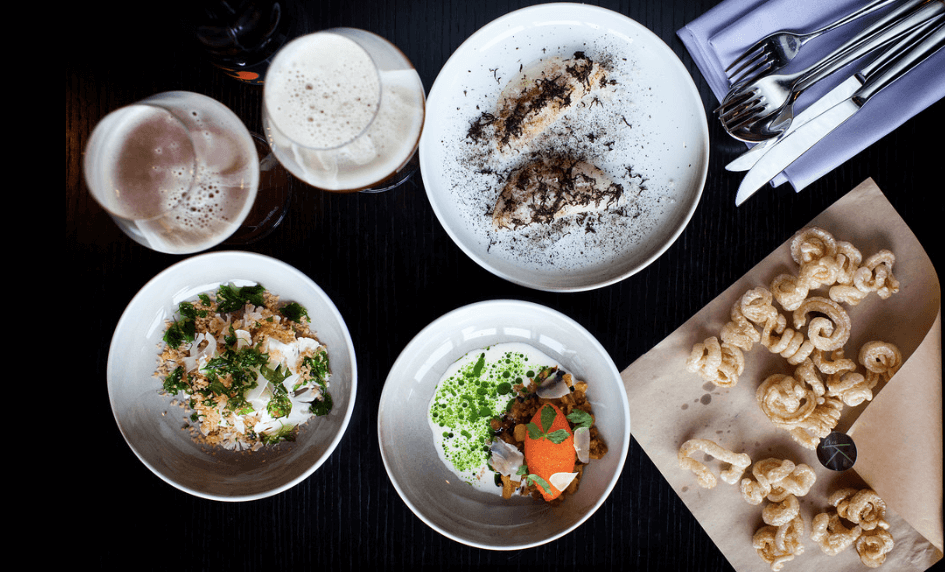 If you get peckish, The Thief provides 24 hour room service – the only hotel in Oslo to offer the service. The dishes on offer include Norwegian flat Bømlo (check) oysters and organic salad with fresh shellfish. It certainly tempts me want to stay up for a midnight snack. 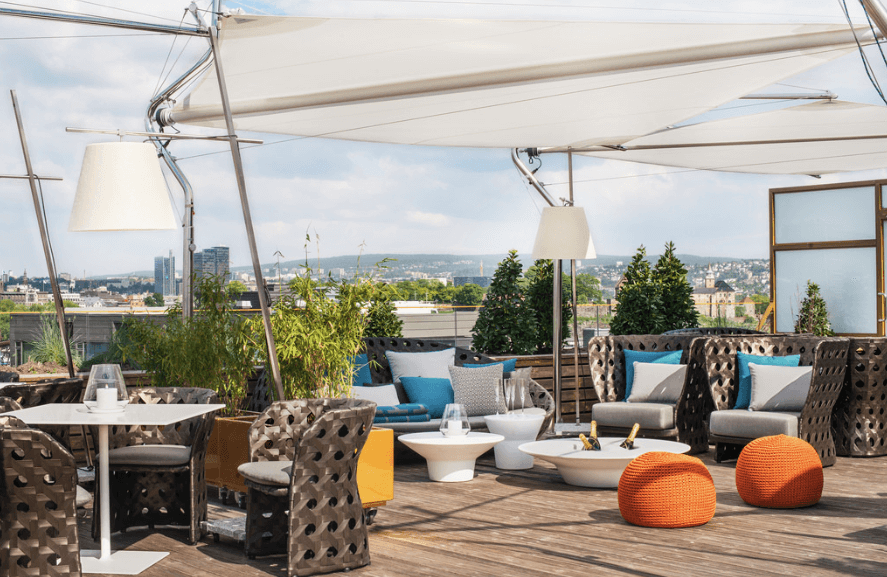 If you’re after just a drink, the Thief also has a rooftop champagne bar and terrace that provide the best waterfront views in the city.

The Thief: The Facilities 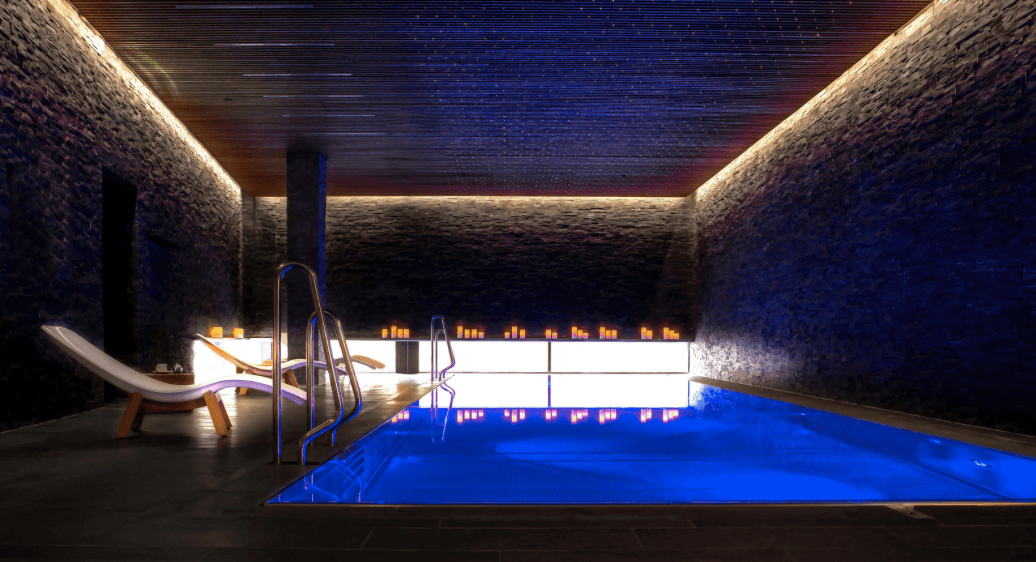 The hotel also boasts what surely must be the best spa in Oslo with a full Turkish Hamam, Moroccan Rhassoul and German Aufgusse recreated within its walls. There is also a truly beautiful swimming pool, well equipped gym and extensive spa menu.