I met up with a friend for lunch before my visit to New York. ‘You’ll want to live there’, she said. I didn’t believe her. I’ve been to places before that I’ve really liked, but never thought I’d want to set up shop there. You hear so much about New York, and have watched so many programmed based in this fine city. I’ve followed Carrie Bradshaw’s journey on Sex and The City, I’ve related to the peaks and troughs of Hannah Horvath’s mid-twenty’s problems in Girls and I’ve become an addict to Broadwalk Empire. But actually strolling down fifth avenue, enjoying an iced latte in Brooklyn and becoming part of the ‘let’s all walk around in lycra and hold a green juice movement’ is exhilarating. New York is exhilarating. I’ve had a slice of the Big Apple, and I want more. 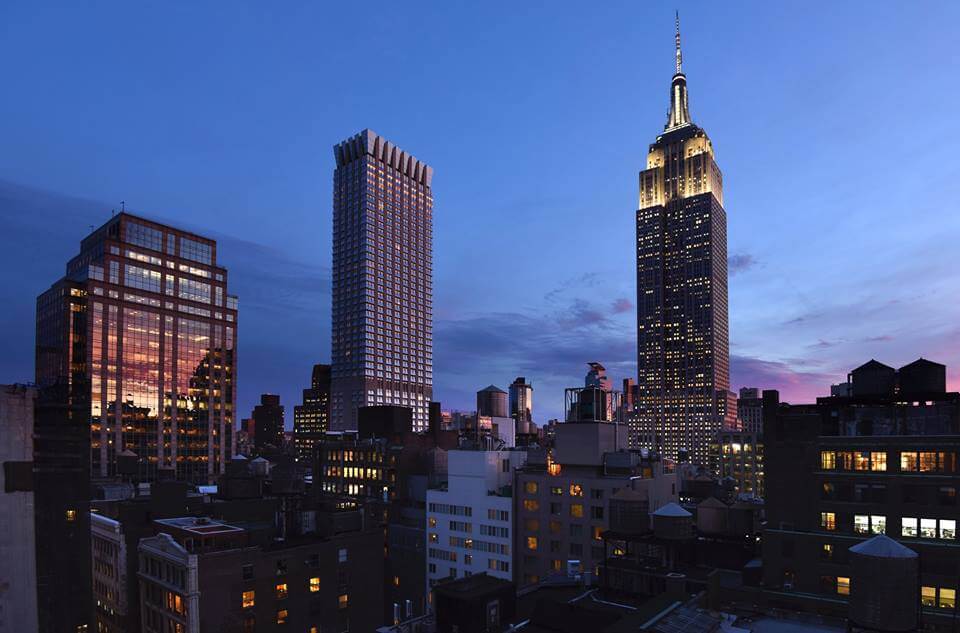 New York is a city of choice. And I’m not just talking about the choice of dairy-free milks in cafes. There’s thousands of accommodation options – from boutique hangouts to mega room hotels – there’s something to suit everyone’s pocket and needs. But, I’m going to direct you to a hotel that is a must for any weary traveller. It’s called Langham Place and here’s what you need to know. Get comfy and I’ll advise you open up an internet tab for their website, because by the end of this feature, you’ll be visiting it.

Langham Place is situated on one of New York’s most iconic street: Fifth Avenue. Sitting proudly between West 36th and 37th Street, Langham Place rubs shoulder with The Empire State and the Rockerfella Centre. New York is literally on your door step, take an early morning still around Central Park (which is a short 15 minute walk away), or soak up the vibrant atmosphere of Times Square at night. You want a central location, you’ve ruddy well got one. The hotel is the epicentre of Fifth Avenue, and at 51 floors, the hotel dominates the New York skyline. You can’t miss Langham Place, and it doesn’t want you to either. 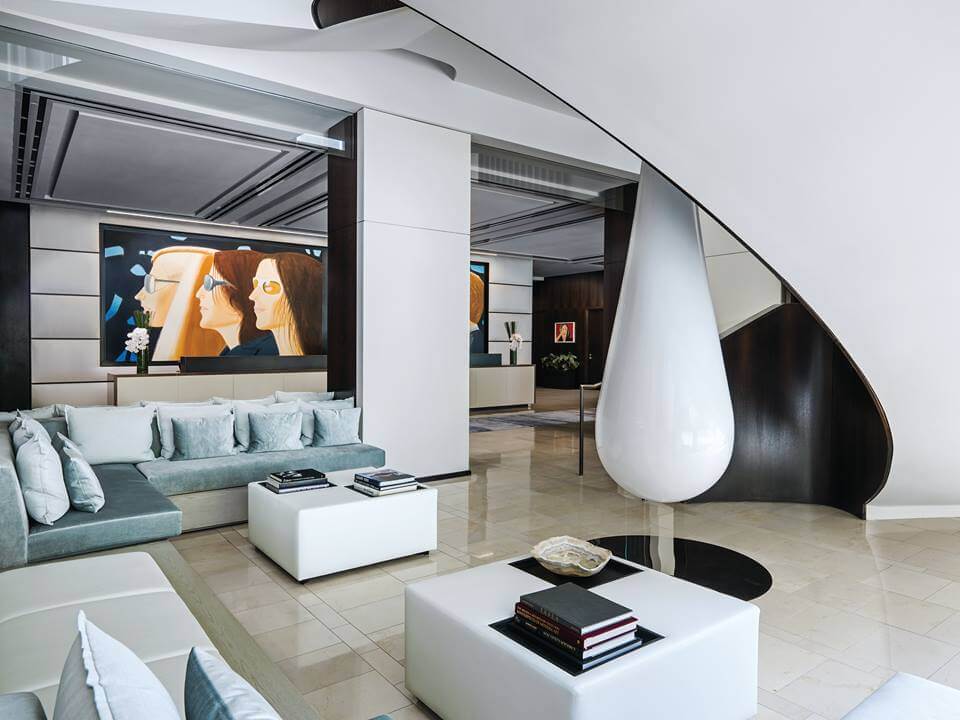 Paying homage to the surrounding galleries, the hotel has been designed in such a way that its downstairs reception is more of an high-end show room than a bog standard lobby. There’s two large oil paintings both by Alex Katz – they were chosen specially, as the people in the paintings are based on people walking down Fifth Avenue. Every detail has been thought of. The hotel specially designed a fragrance, think pink roses with a slight tinge of ginger flower which is dispersed through the air conditioning units. Not only does the hotel look glamours, it smells fabulous too. Langham Place is a luxury bolthole that is a perfect home-away-from-home, and the service from the staff is second to none.

Inspired by the vibrant avenue on the hotel’s doorstep, Langham Place’s interiors are super slick, super luxury, but with the added bonus of being super homely. It oozes sophistication like Meryl Streep in Devil Wears Prada, it’s sassy without trying. A chic stay in New York doesn’t get better than this. 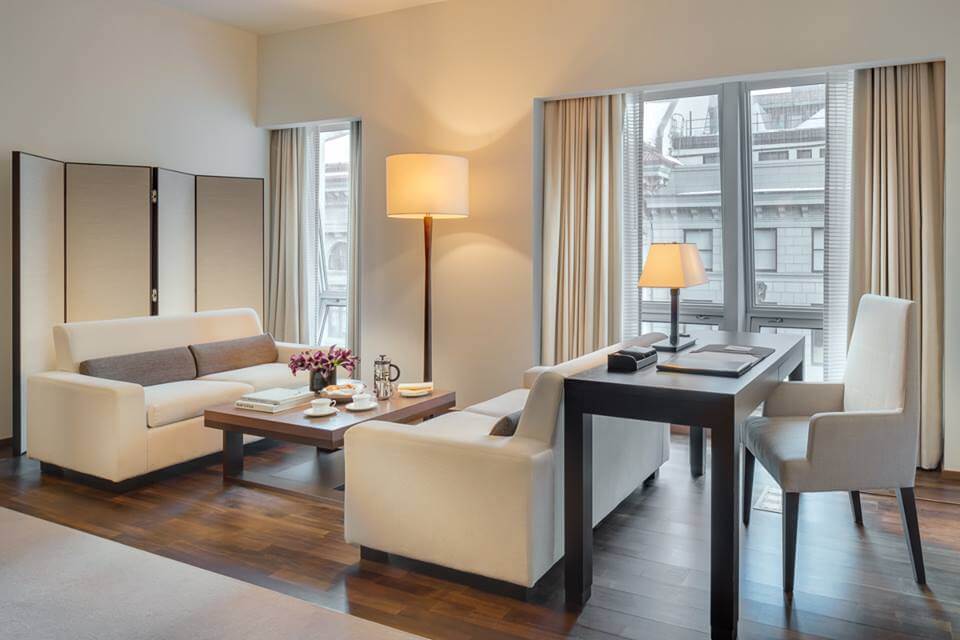 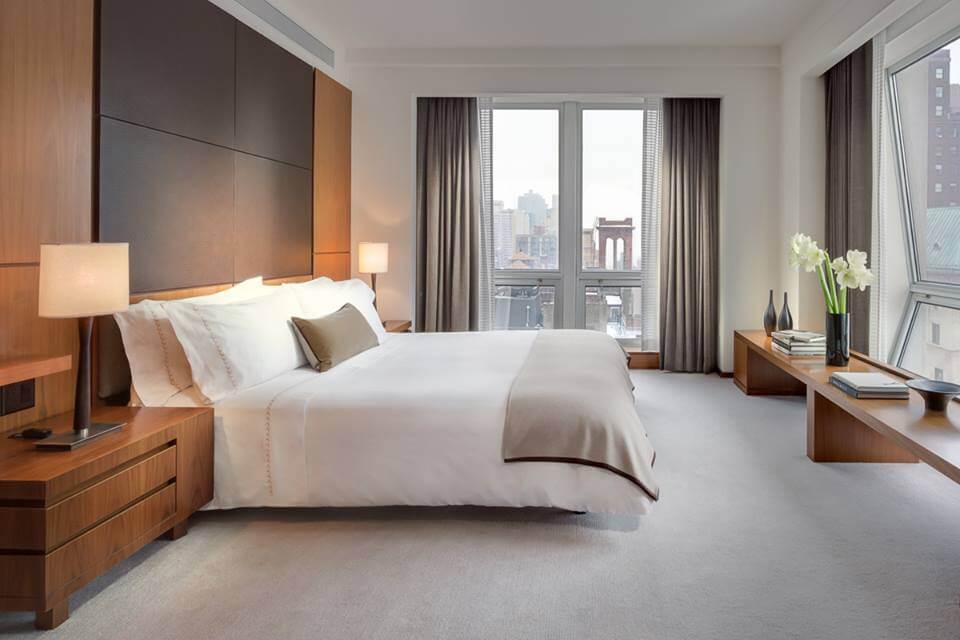 The hotel’s crowning glory: the rooms. Langham place is not only home to rooms, but there’s urban-styled suites which are, to be frank, epic. The suites are an exciting mix of the latest mod-cons, full fitted Italian-style wardrobe with glass-fronted walnut drawers and floor to ceiling windows, which provide the perfect outlook to bustling New York down below. The rooms are serene and spacious, and greet you like a friendly hug after a long day exploring the concrete jungle. 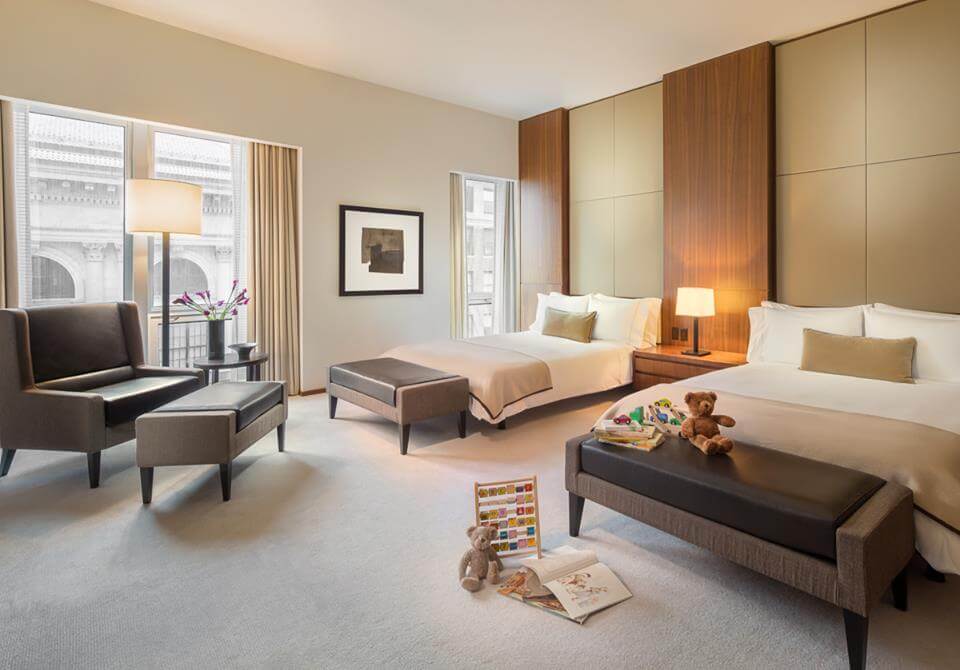 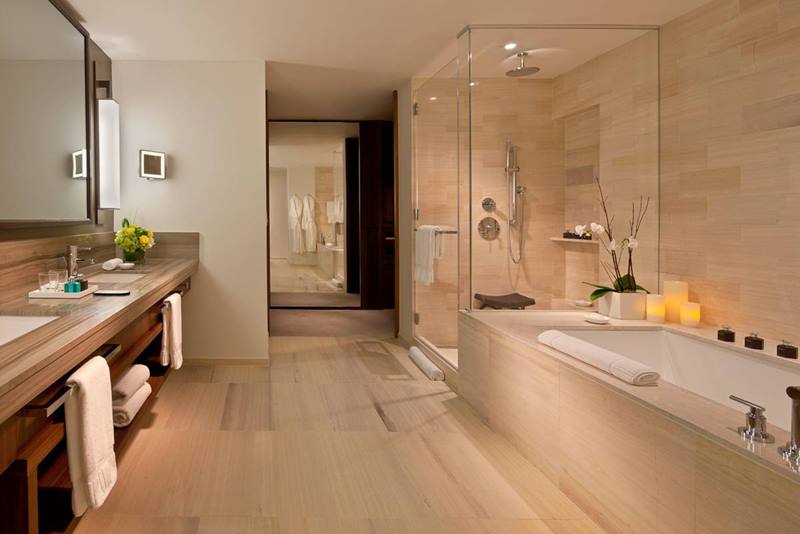 The suites have been created in such a way, that everything has been thought about. The attention to detail is just superb. There’s all the usual hotel staples; the fluffiest dressing gowns, blanket-like towels and beauty products, but Langham Place goes above and beyond mini bottles of shampoo. There’s an evening delivery of homemade chocolate to your room, there’s a washing and drying machine (which we actually used – a day walking around New York means your clothes turn into a damp towel), and complimentary pressing of 5 items of clothing on your day of arrival. 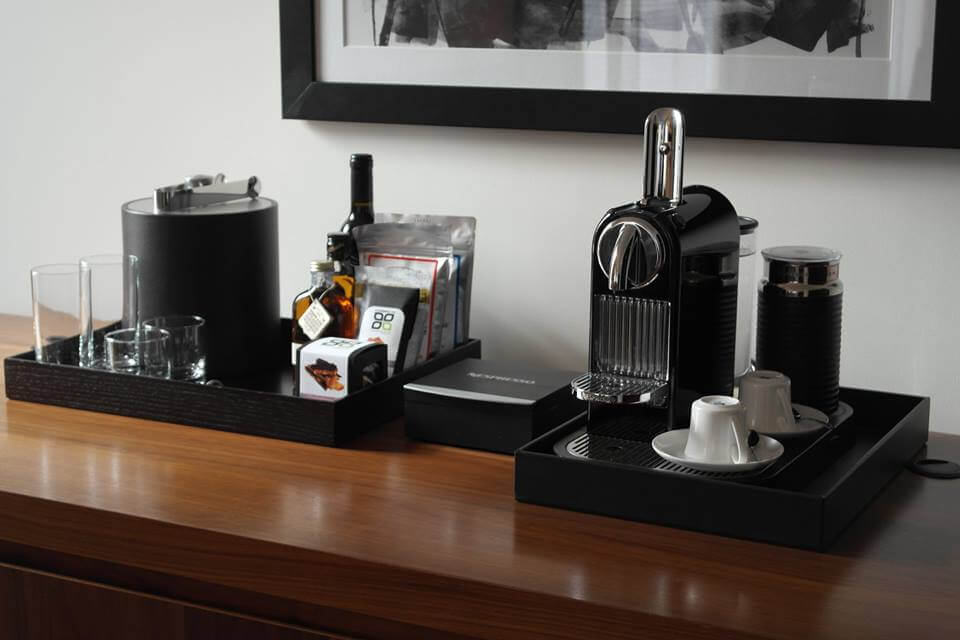 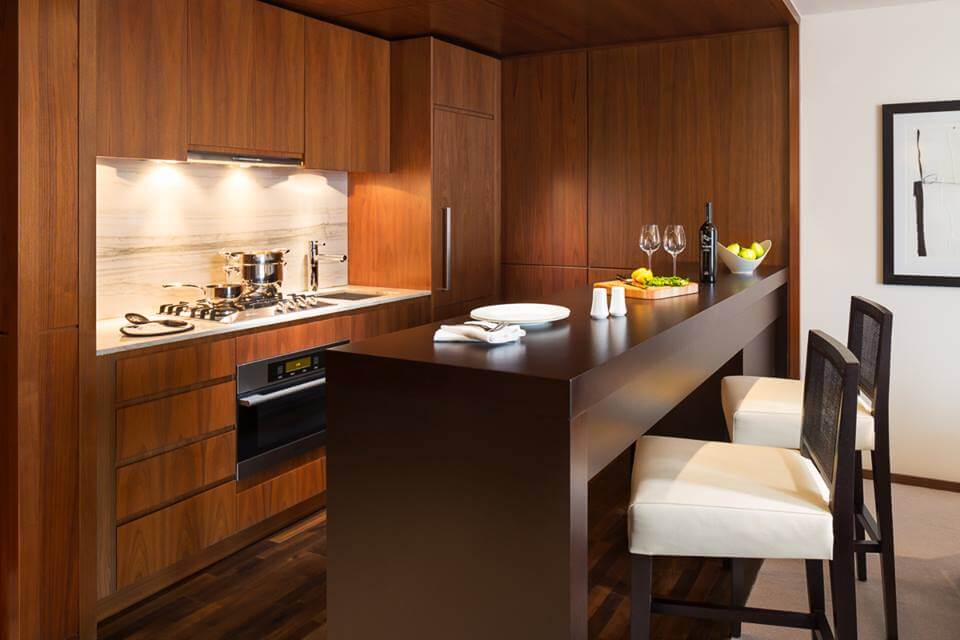 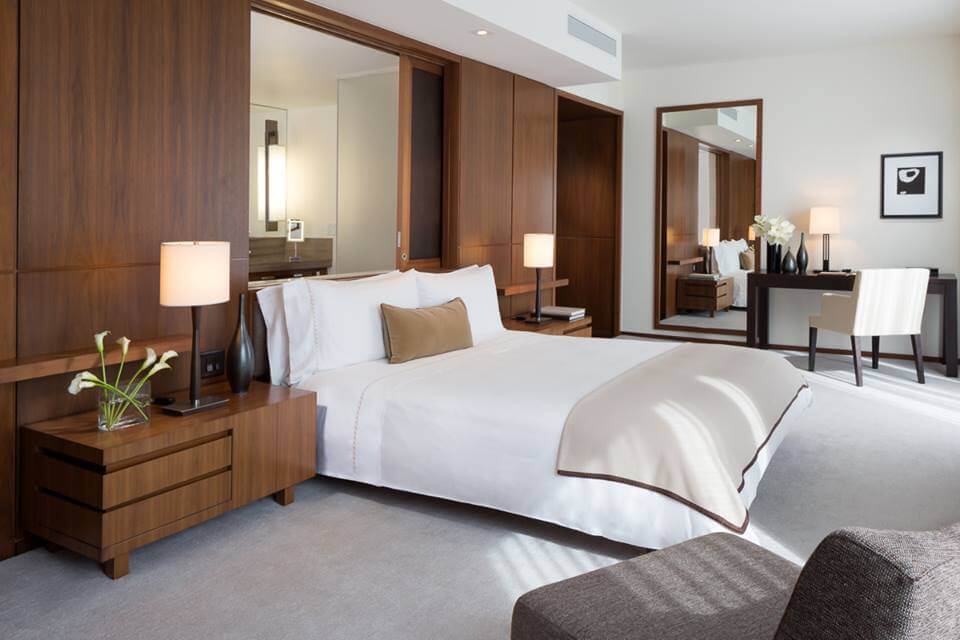 Comfy? Let’s chat about the suite. The king-size bed is larger than my London flat, and it’s made all the more dreamy by the addition of the most cloud-like mattress and Egyptian cotton linen. The bathroom is a marble shrine of sleek design and turns getting ready into an elegant affair. There’s a bath tub the size of a communal swimming pool and a rain water shower. Not one, but two sinks and a separate toilet. And I’m not finished just yet. 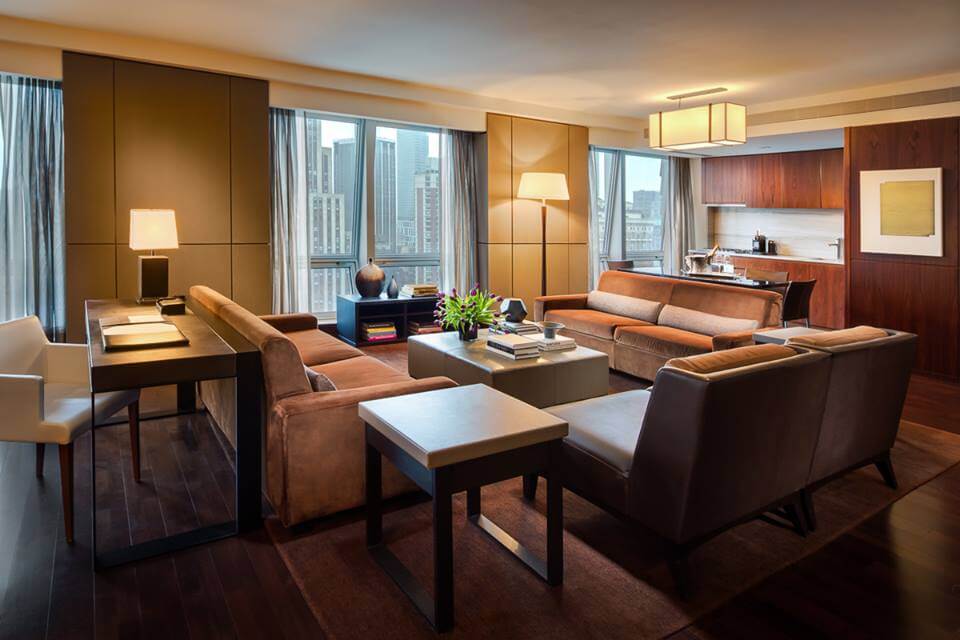 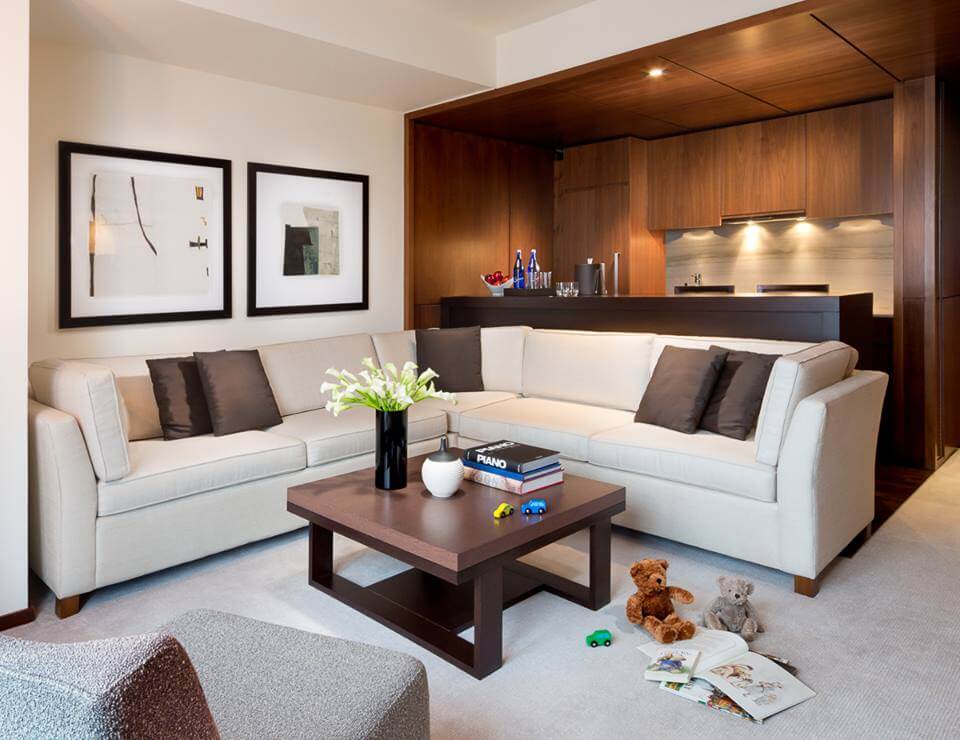 Not forgetting the lounge area with an L-shaped sofa, flat screen TV and a coffee table with a stack of magazines that you could only wish for in your own digs. There’s a fully functioning kitchen stocked with all the kitchen essentials, and a mini bar with complimentary soft drinks. Read: complimentary. 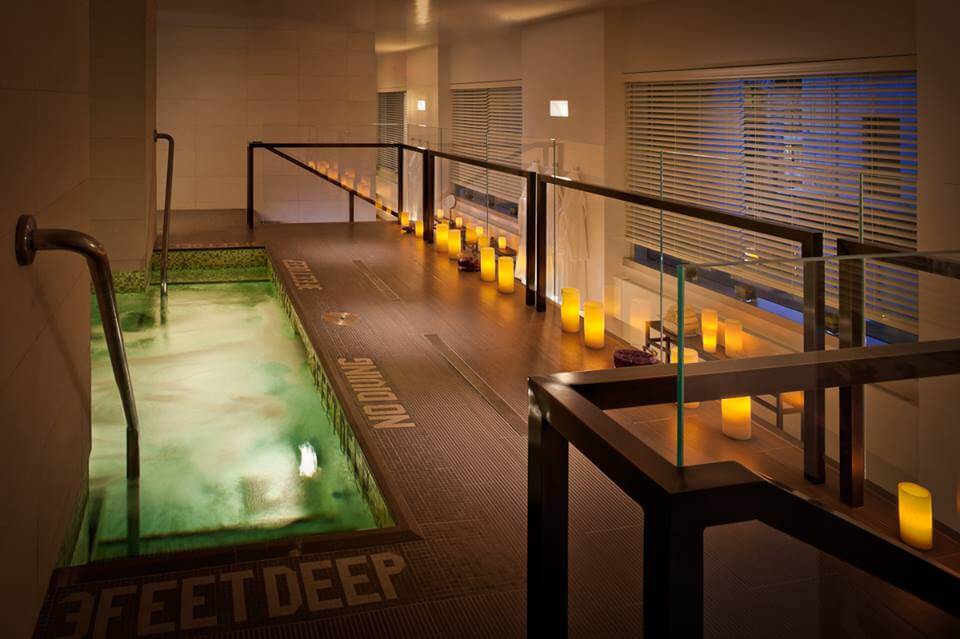 If it’s rest and relaxation you’re after, the Langham has a lovely spa that will meet all your needs. The spa, which is currently undergoing a transformation is stunningly beautiful. Chuan Body and Soul is the only international spa concept based on the principles of Chinese medicine, and once fully renovated, will be the most sought-after spa in the Manhattan area. It’s a place that not only soothes, but reinvigorates your mind, body, and soul through a variety of different spa treatments. The fitness centre is also being treated to a face lift, and will re-open in January 2017 with a new look and a range of state-of-the-art machines. 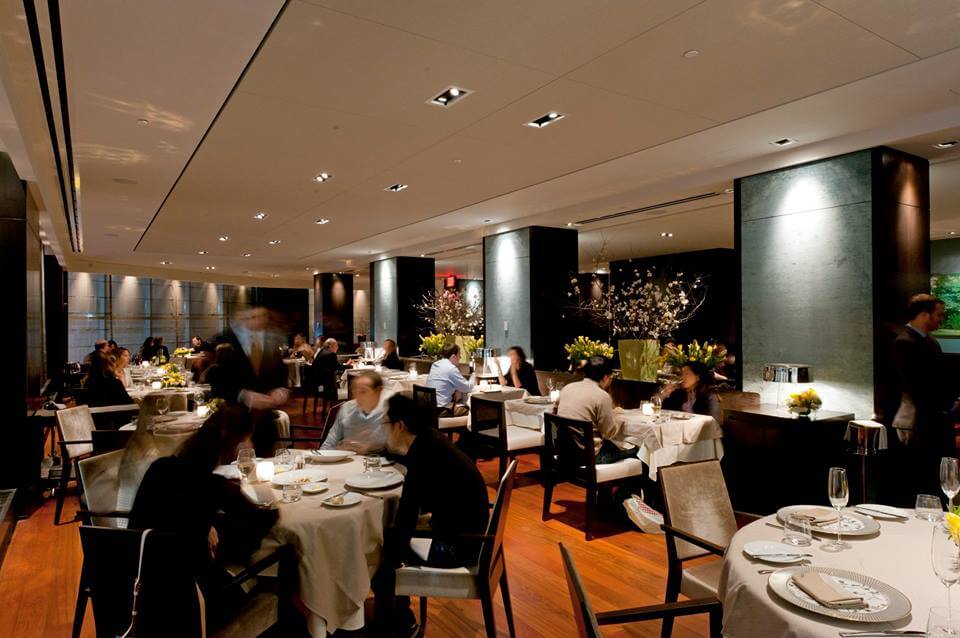 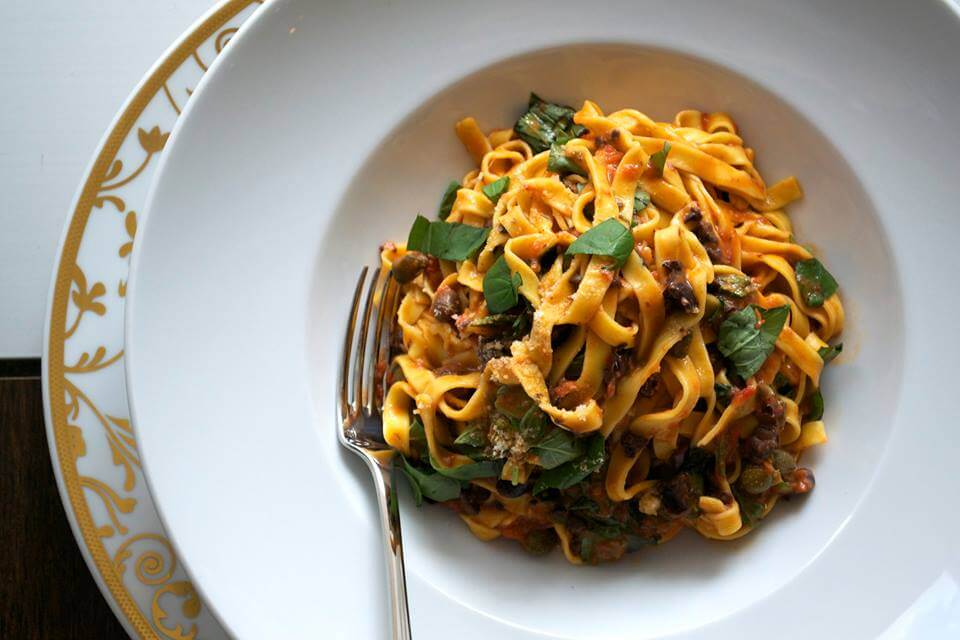 You’ll not go hungry at Langham Place, as the hotel has two restaurants. But not just any old restaurants. Michelin-starred Ai Fiori is an elegant fine dining restaurant offering breakfast, lunch and dinner. Ai Fiori – which means “among the flowers” in Italian – features a menu that celebrates the French and Italian Riviera, courtesy of the world-renowned Altamarea Group and Chef Michael White. 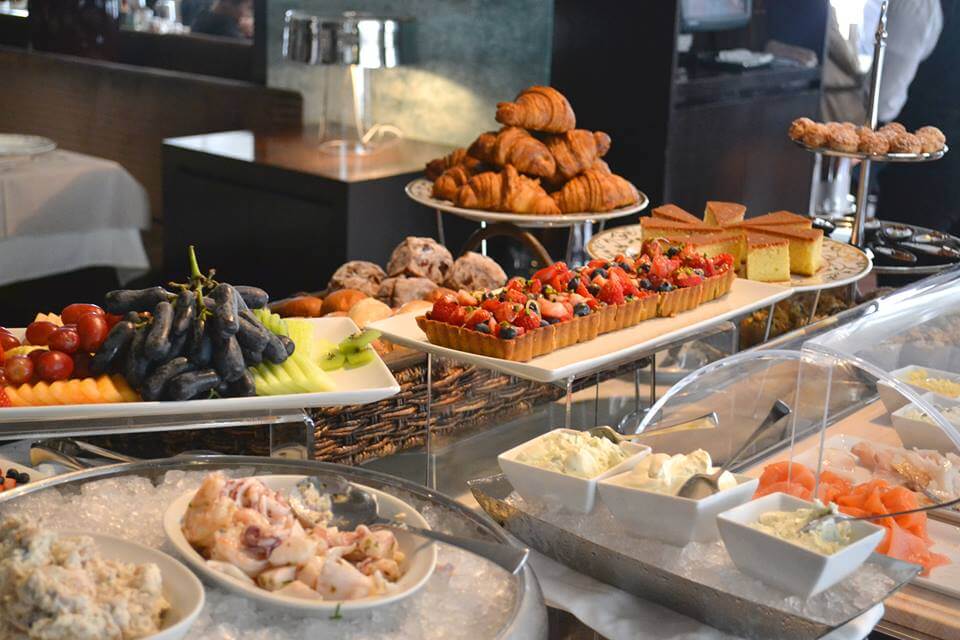 The breakfast is really great. There’s a cold selection of meats, cheeses and various cereals, and you can also order hot dishes if you wish. I spied the pancakes on the table next to me, and they were huge. Buttermilk pancakes coated in a syrupy bath, topped with crispy bacon. And they know how to create a serious iced latte. 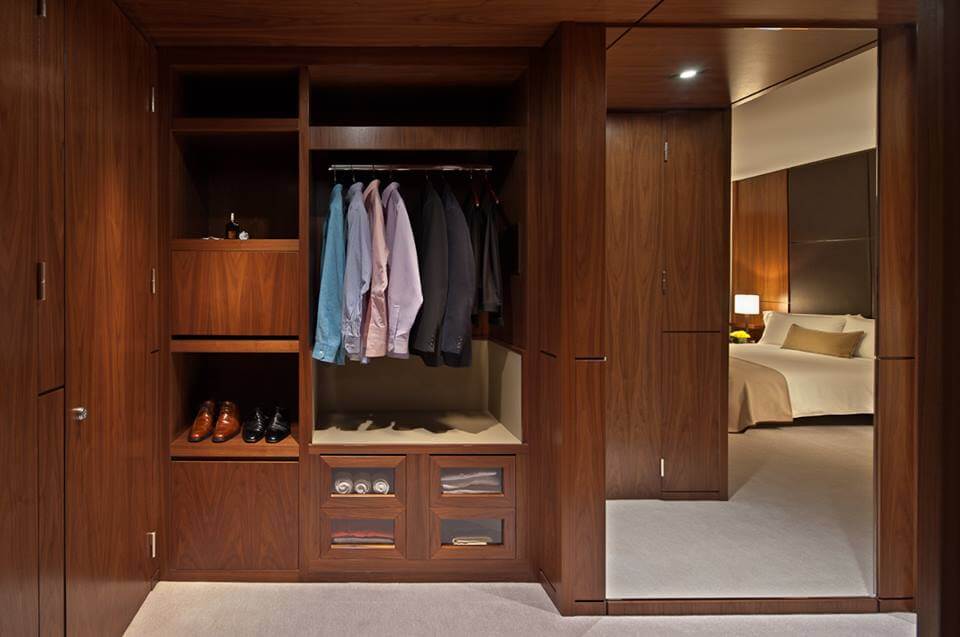 All of the above does come at a price, and although Langham Place isn’t the cheapest hotel in NYC, it’s certainly one of the best. If you only stay for one night, it’ll make you feel like a film star and you may never want to leave. My pal was right, I do want to live there. Not just in New York, but at Langham Place.