The World Cup has finished, Wimbledon slipped by under its shadow and there’s even talk of the end of the very un-British weather. It’s no wonder that heads are drooping and spirits are deflating in offices and homes across London.

There’s only one thing for it: it’s time to pack the bags and get out of the city. And no sooner was I planning on a countryside break, when I was contacted by the kind folks at The Bull in Ditchling. Admittedly, I’d never heard of Ditchling, but it turns out it’s just over an hour out of London. Get off at Hassocks on the train to Brighton where you can either walk or grab a quick cab to the chocolate-box town. Despite being pretty small this town packs a punch with plenty of nice shops, pubs and even a museum of Arts and Crafts.

The Bull: The Lowdown 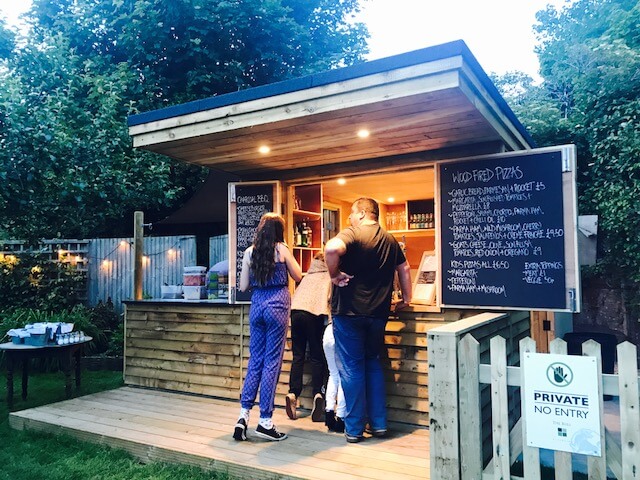 The Bull takes centre stage on the crossroads of Ditchling, and it’s one of the oldest buildings in the town dating all the way back to the 18th century. Inside, it’s like many country pubs you may have been to, but don’t be fooled just like the town, The Bull has more to offer than first meets the eye. The pub was the winner of Great British Pub of the Year in 2016 and has since spent the past year expanding; it now has 6 bedrooms (up from 4) and a new glass-fronted dining area, directly attached to the more traditional bar.

However this is July, so we headed straight out into the garden. Hidden from the road and complete with its own veg patch, the garden now benefits from its own pub shed. You can order drinks without ever leaving the sun and, even better, there are wood-fired pizzas and burgers cooked on Britain’s new favourite BBQ, the big green egg. We hadn’t even checked in yet and we were already enjoying a chicken burger and a pint of cider in the sun. Now that’s my kind of weekend.

The Bull: The Rooms 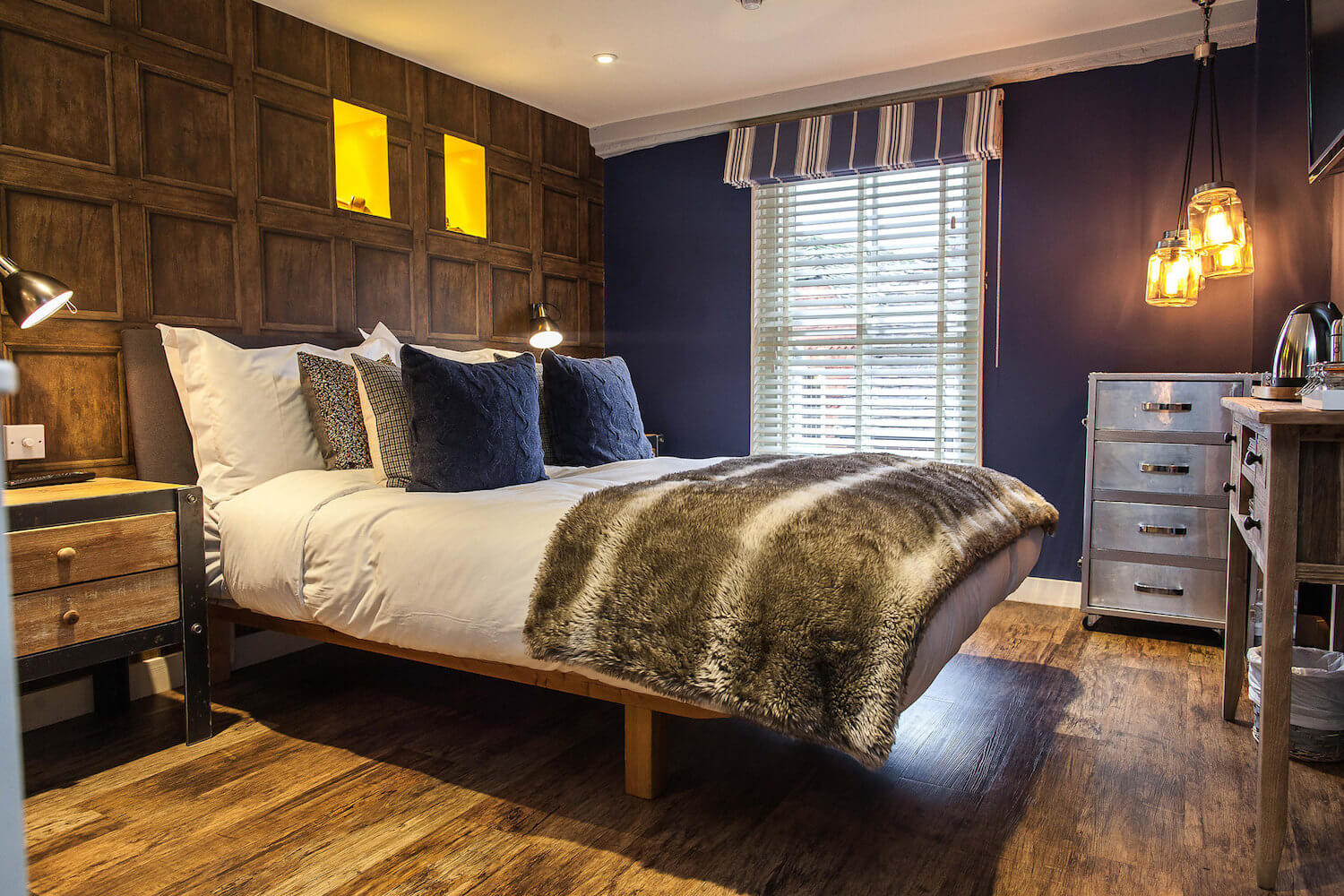 Lunch digested and skin frazzled, it was time to check out the rooms. The bedrooms at The Bull are hidden up a secret staircase behind a wall that doubles up as a door by the bar. As soon as you’re through it, you move away from the hustle and bustle of the pub below and into a far more refined, serene area. The rooms are beautifully decorated; they retain the character of a country pub, but add much of the comfort and luxury you look for on a weekend away.

The bathrooms come equipped with Cowshed products whilst there’s a separate lounge/sofa area for watching a good film. I’ve never really known about bed sizes, but let’s just say this one is giant which comes as a relief to anyone over 6ft. 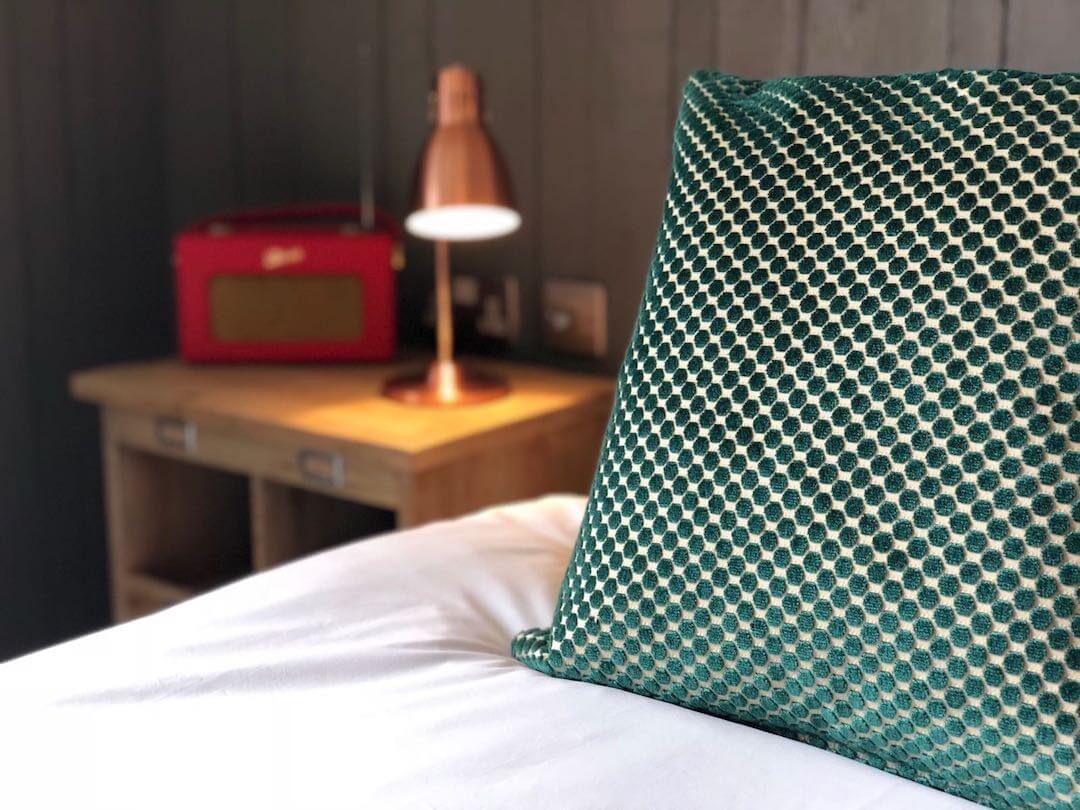 If you’re only in Ditchling for the day then after lunch head up to the Ditchling Beacon. Grab some supplies from the town and ask The Bull staff for directions. The walk is about 45 minutes uphill, but it’s well worth it. You get sublime views over the South Downs and there’s plenty of spots to sit and reflect on whether the England team were really that good after all.

The Bull: The Food 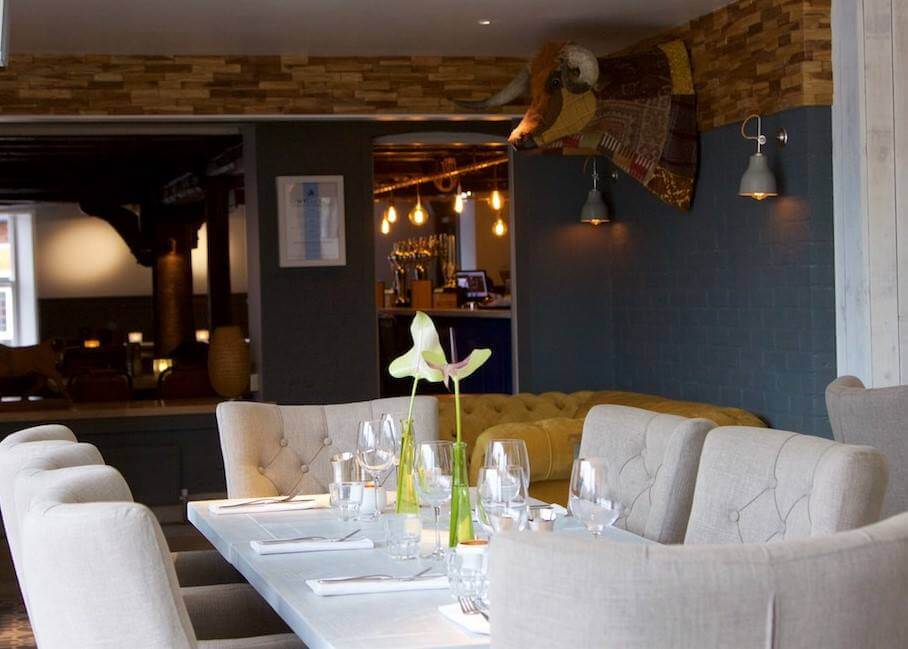 Thanks to their new extension The Bull now has a separate restaurant so you don’t need to feel like you’re having dinner in the pub or the bar. The restaurant serves modern British food with the majority of ingredients sourced from their own garden, as well as the local farm estates and short-range boats. 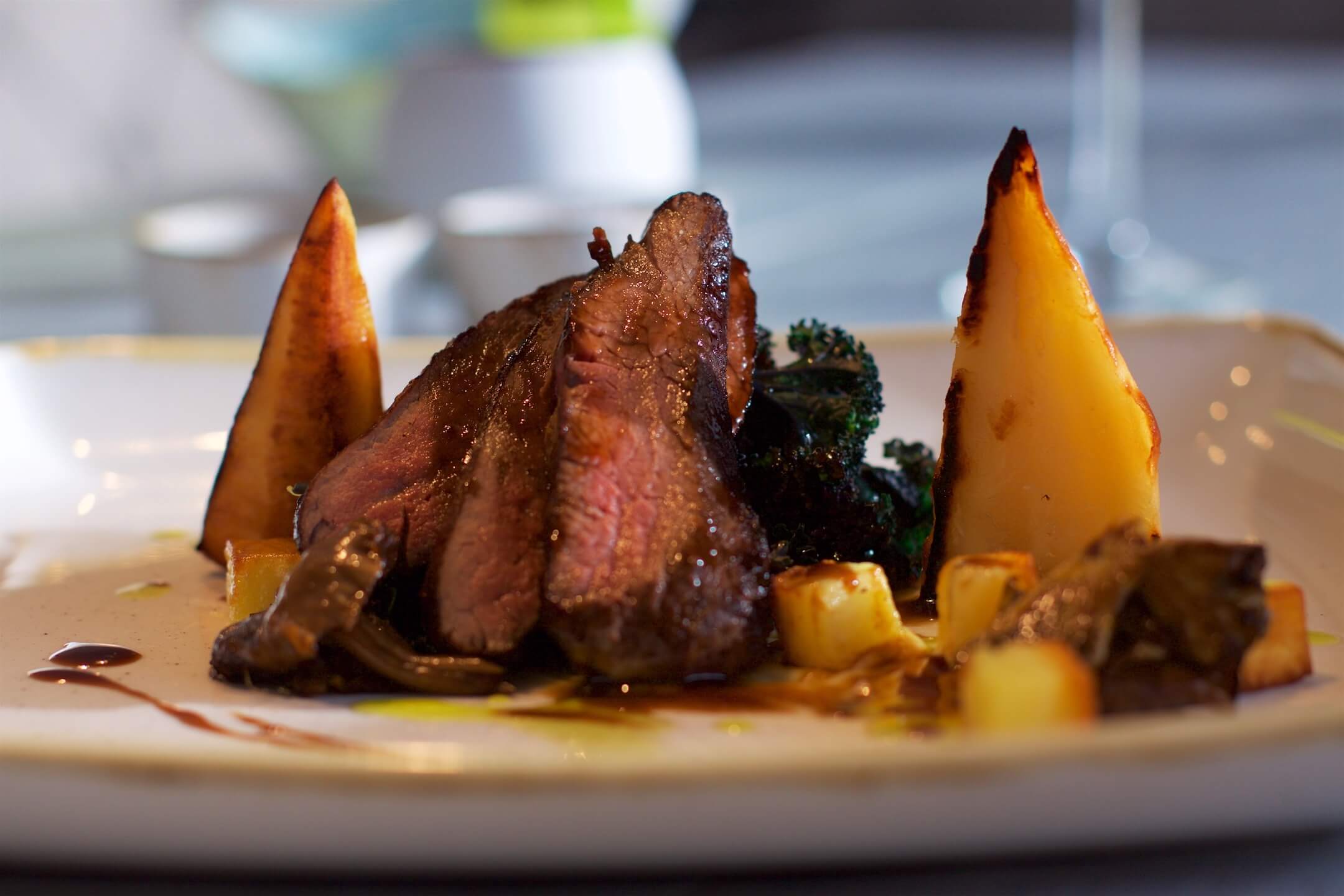 Starters of crispy beef brisket and vegetable tempura got us off to a good start: this was definitely not ‘pub grub’ with some really interesting combinations of flavours elevating both dishes. For mains the suckling pig belly with mustard pomme dauphine, asparagus and kale were as good as anything you could find in London. The belly was perfectly cooked (if you don’t mind rare pork) with a delicious deep jus.  I could’ve eaten two plates. My partner had a steak –  she didn’t share so I can only assume it was excellent.

The Bull: The Verdict 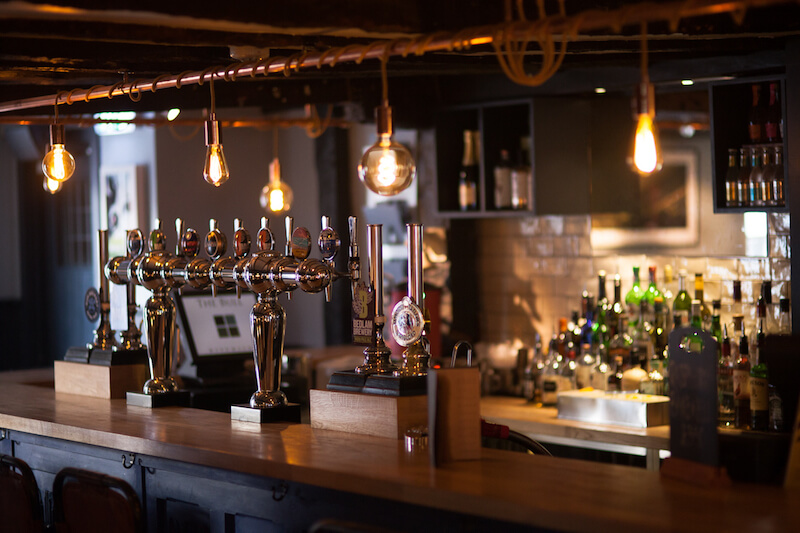 The Bull is a brilliant option for escaping the City over the weekend. In just over an hour you can be surrounded by rolling countryside, brilliant BBQs, great British cooking and comfortable countryside bedrooms.  It may feel like the summer is over and all is lost, but a night away at The Bull is just what’s needed to get everything back on track.