It’s that cabin fever time of year. If you’re fed up with another weekend in London eating avo on toast in a crowded brunch place, then hop on a train from Waterloo and venture to Farnham in Surrey.

Get the 6.55pm train from Waterloo on Friday night, and be sipping an Old fashioned by 8.15pm, surrounded by the stunning Hampshire countryside.

The Anchor Inn: The Accommodation 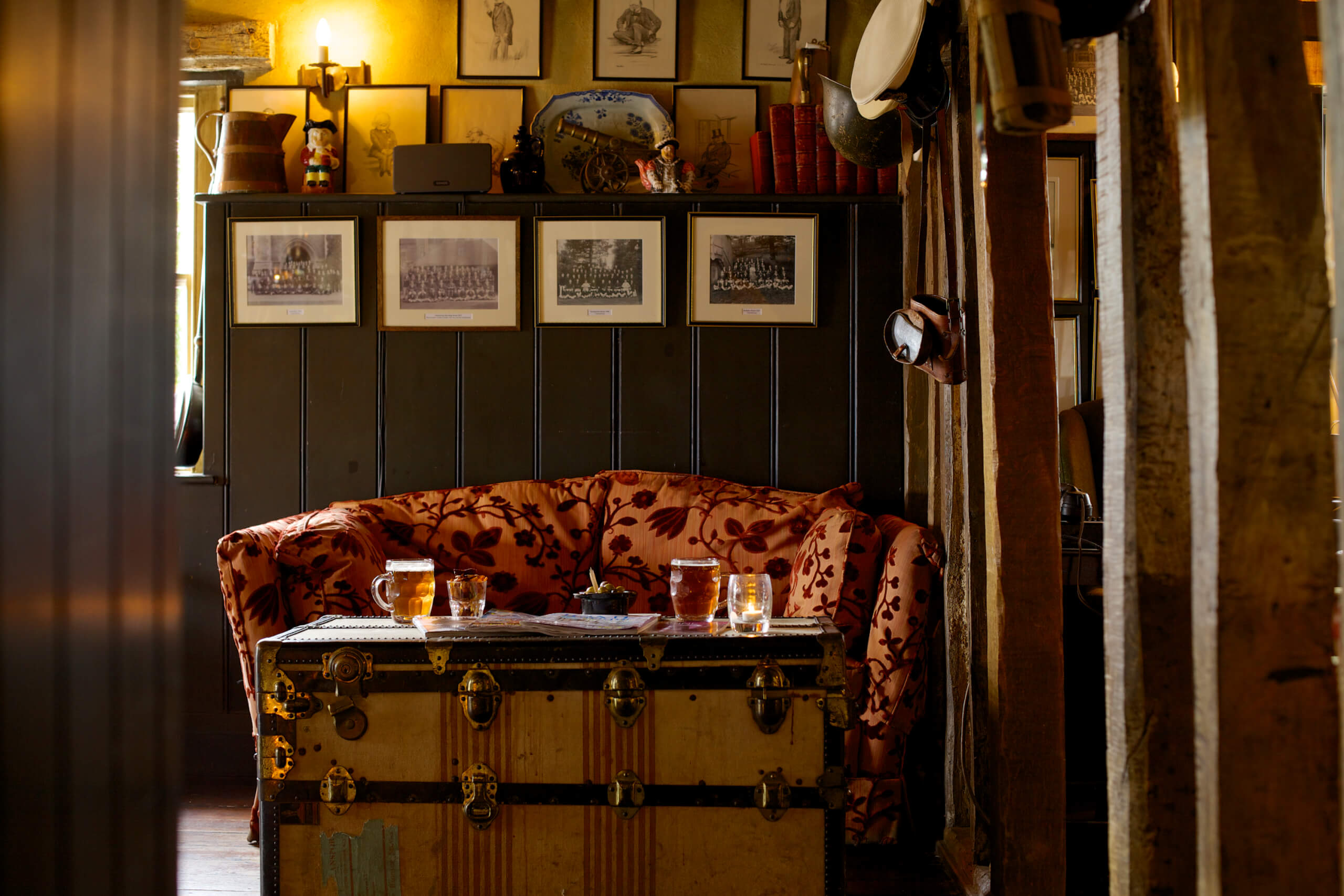 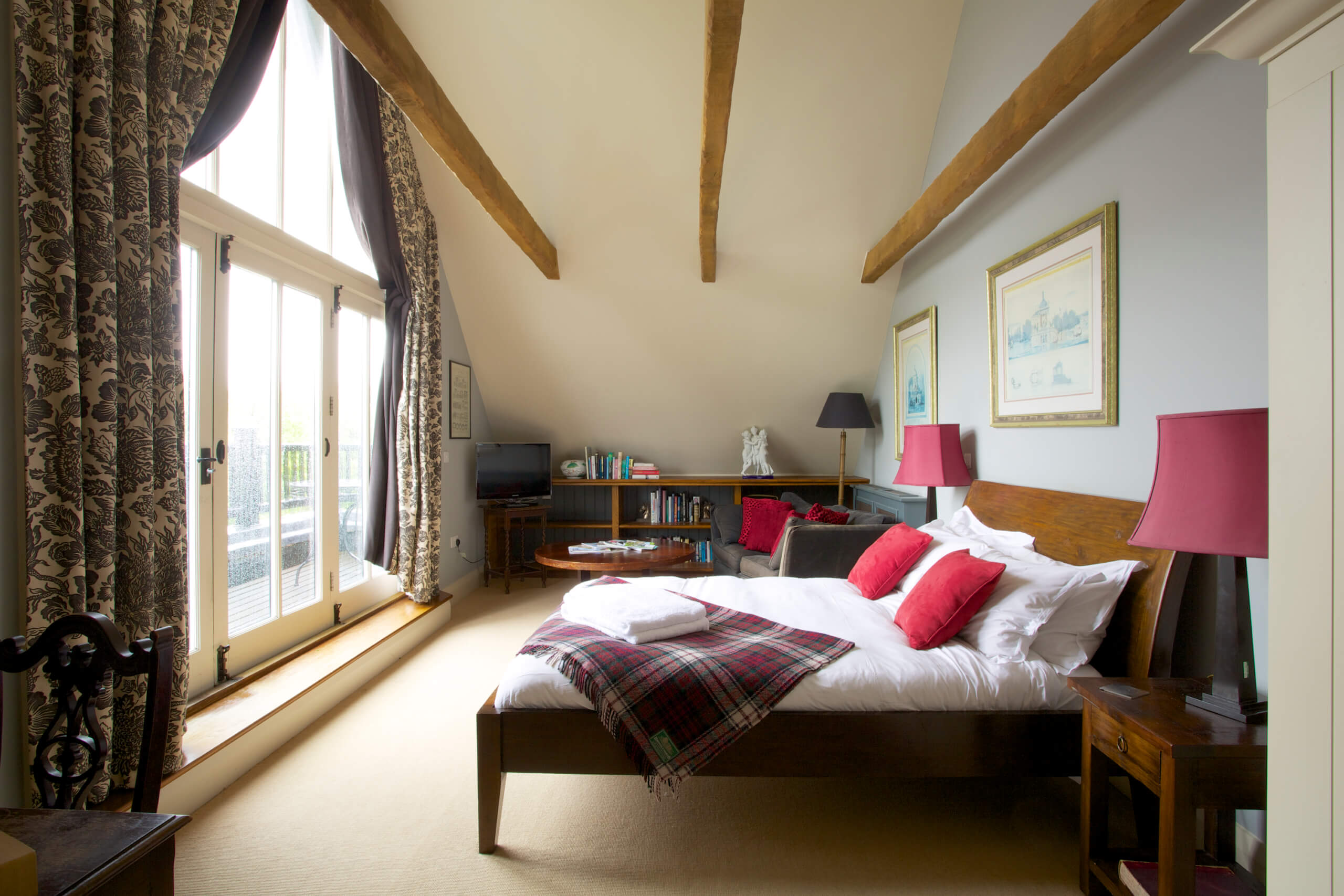 The Anchor Inn is a traditional country 16th century pub, but the rooms are anything other than Tudor. Each of the five rooms have their own name, and are mere few steps from the restaurant (making it the dream for food comas). Our room defined hyyge – the word of the moment – with a sleigh bed covered in furry throws, flat screen TV, a wicker basket full of treats and tea, and lavish toiletries.

The Anchor Inn: The Food 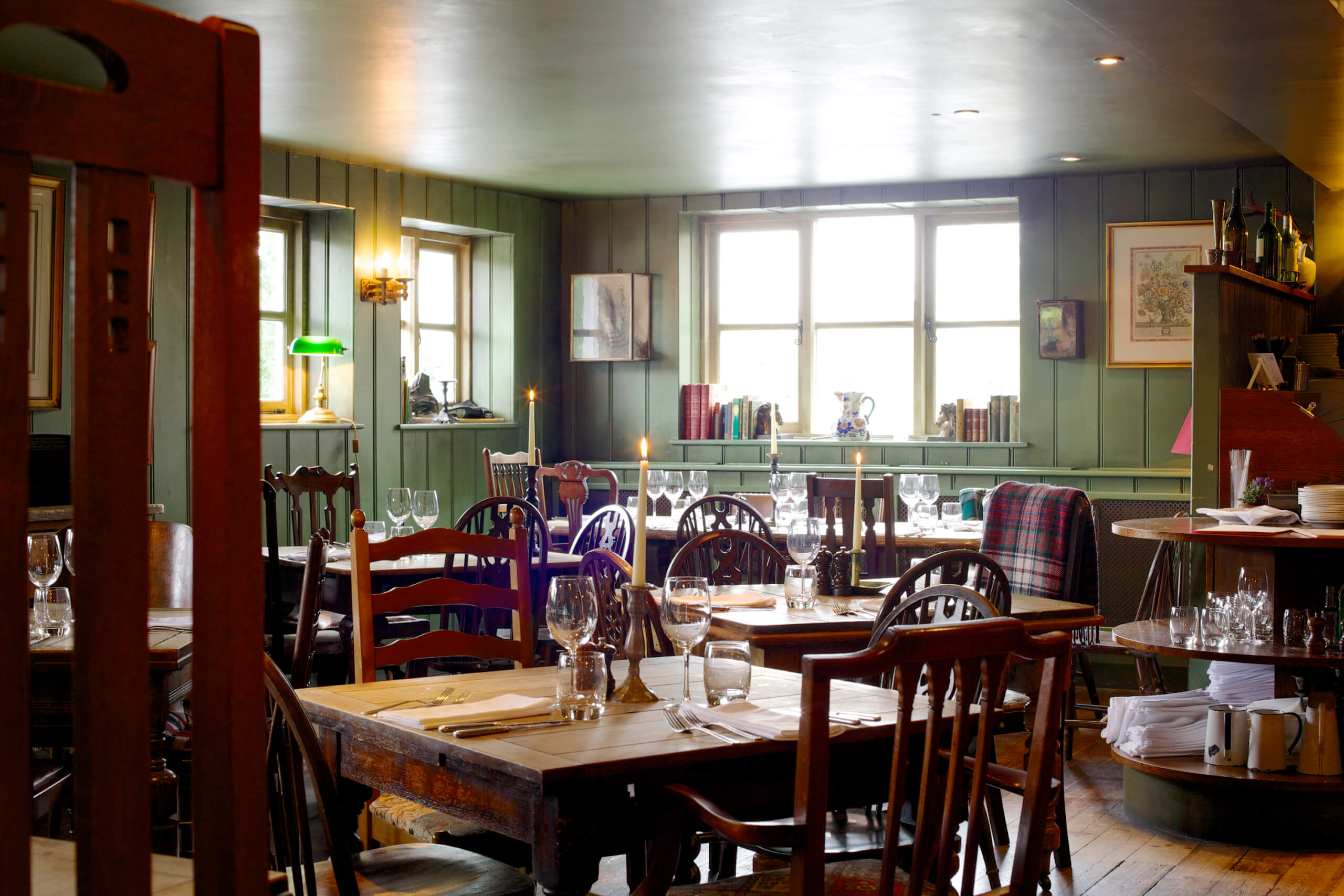 The route to the restaurant was somewhat of an obstacle course from our room, with the lowest of beams About Time has ever encountered, but really added to the quaint authenticity of the place. This is a stylish gastro pub restaurant, with a menu which makes the most of the local flavours available from the nearby rivers and farms. Ravenous from our travels, we began with what we thought was pork crackling, but turned out to be specifically pig ears. Not a challenge from ‘I’m a Celebrity’, but crispy, salty delights. 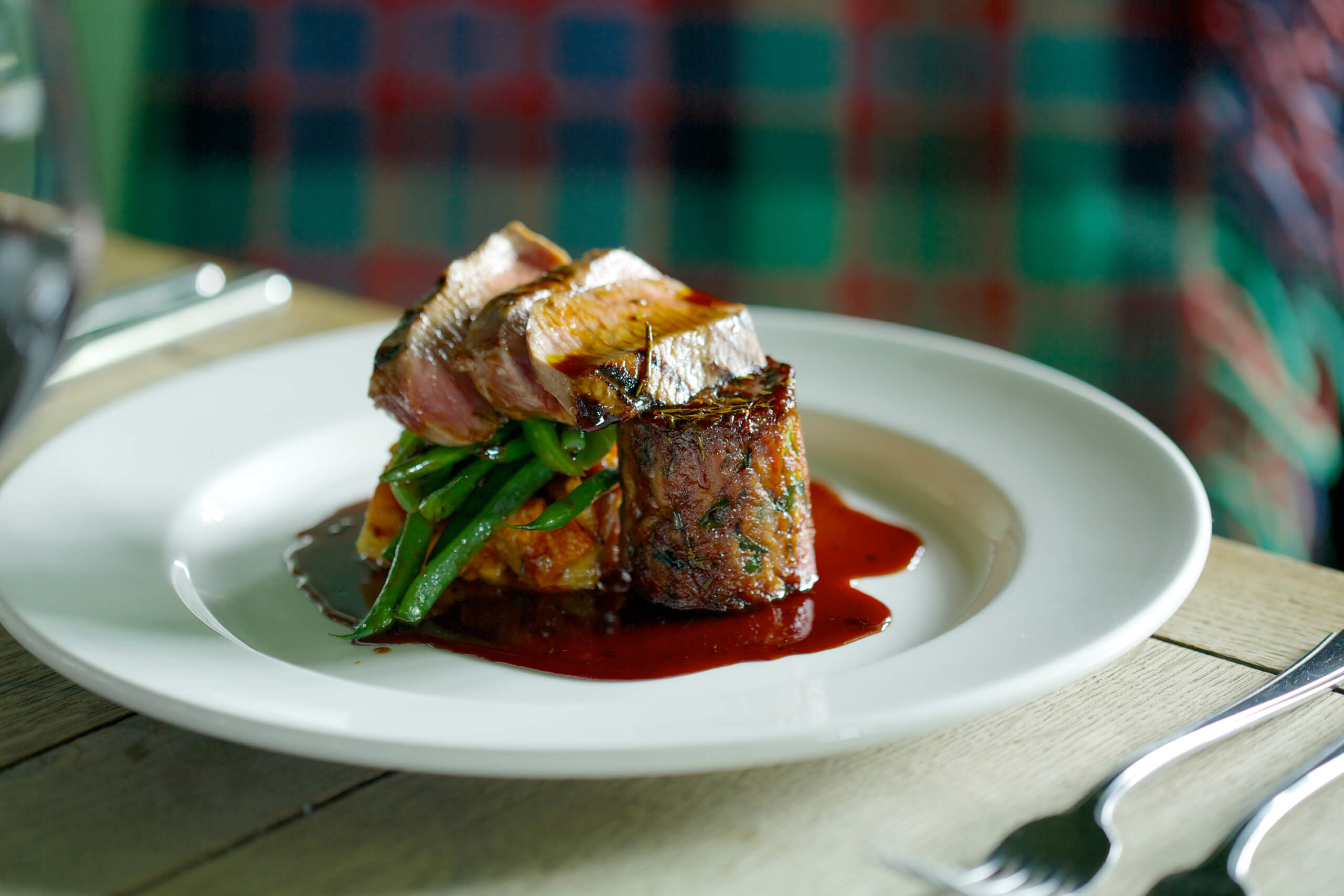 For starters, we opted for chicken terrine and crab, which were both simple and incredibly fresh.

It is worth noting the main course menu had impressively the vegetarian dish first, but when in Rome as they say, in an English pub, we opted for the meatier options. We ate partridge, a distant cousin of chicken that made our heart sing, and steak that was a bit chewy, but delicious none the less with a rich and flavourful gravy. 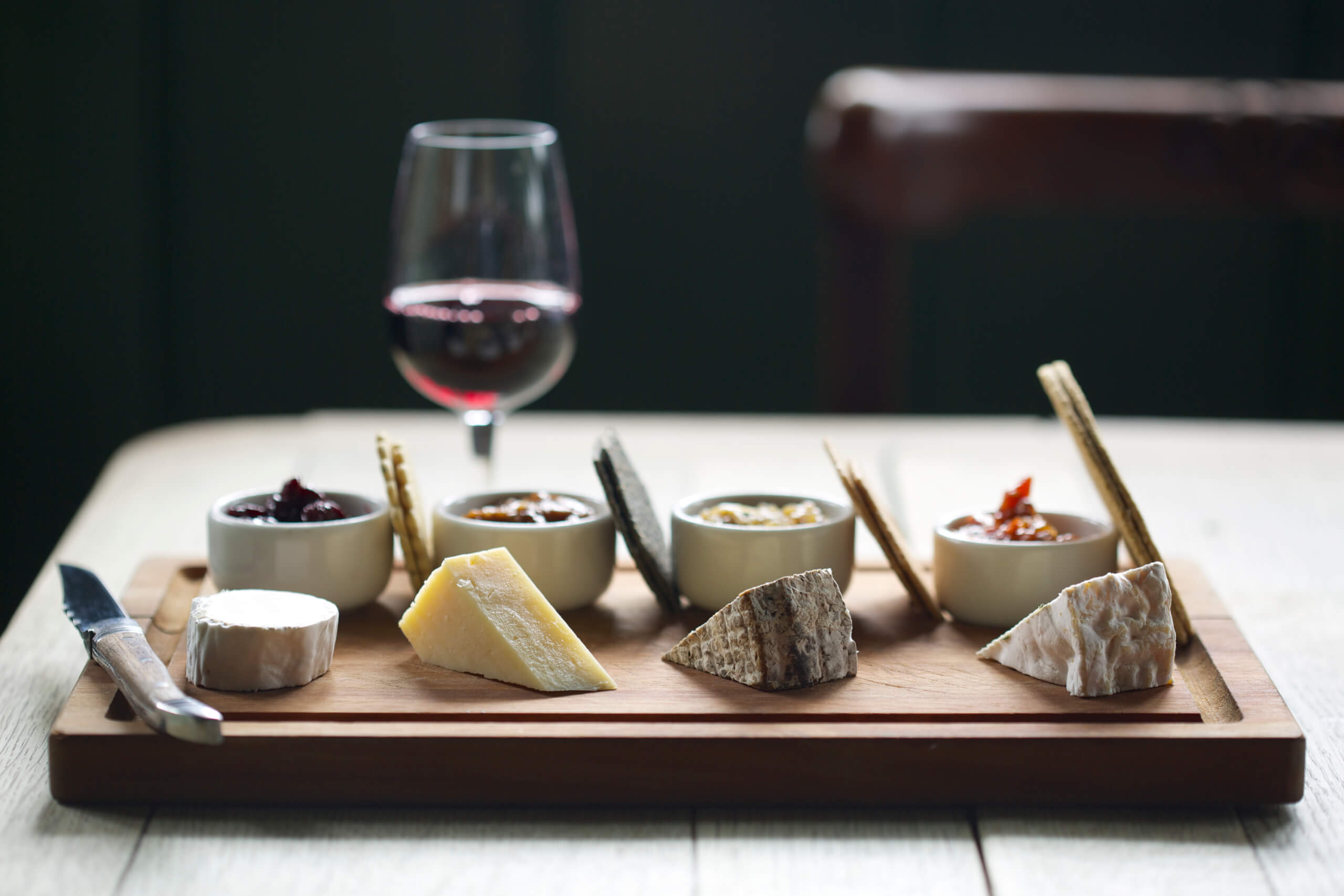 For pudding, blackcurrant sorbet was an on point palate cleanser; not too sweet, not too tart, it was just right. And like any good dessert, a light snack of a huge cheeseboard with homemade chutneys shortly followed, before we fell upstairs to bed, hoping it wouldn’t give us nightmares.

Breakfast the next day is a real English affair, go for the Full Monty and sit there all morning making the papers all sticky with jammy hands and rounds of toast.

The Anchor Inn: Our Verdict

If you can live with the low ceilings, you are in for a real treat at The Anchor Inn. A warm atmosphere, simple but sumptuous food, and the cosiest of beds to shelter from the darkest moments of winters.

Rooms from £79. For more information and to book your stay – visit here.