You know those hotels that you see on American films – the ones with the wrap around outdoor terrace that looks very Forest Gump-esque, the white panelling and the beachfront views that usually ends with a make up or break up scene (depending which rom com you’re watching). Well, Pelican Grand Beach Resort is that hotel; minus the film cameras and a-listers. 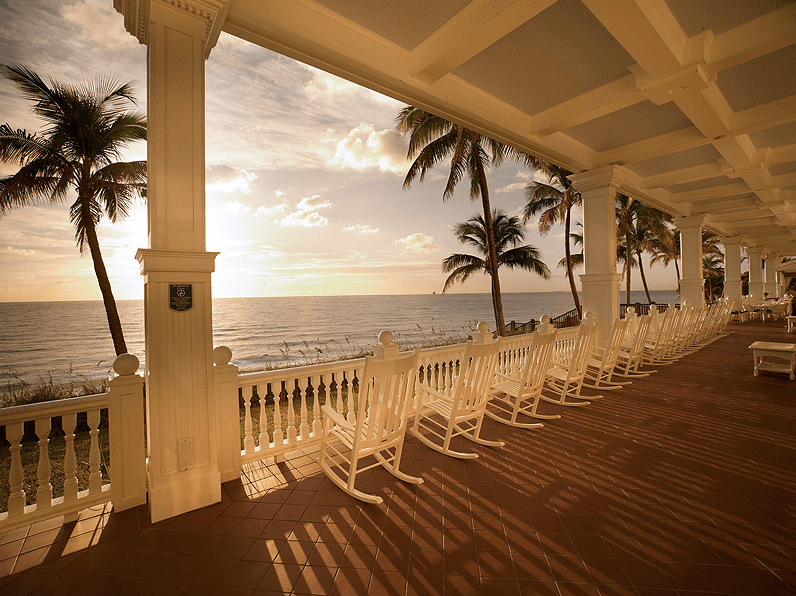 Pelican Grand Beach Resort is unlike any other hotel in the Fort Lauderdale area, because it’s main draw has to be that it’s on the beach. You don’t have to dodge beach front shops or busy roads to dip your feet in the sea. We stayed at Fort Lauderdale and we didn’t want to tear ourselves away from our sun lounger. The al fresco breakfast, killer food and spacious rooms made us feel quite at home. Here’s the lowdown on what to expect at the Pelican Grand Beach Resort, and we totally understand if you never want to leave:

The hotel flaunts old school glamour, and transports you back to yesteryears with it’s outdoor terrace and timeless decor. Sitting pretty on the Atlantic Ocean, Pelican Grand Beach Resort has its very own stretch of beach, it’s own lazy river and pool. It’s a hotel that has everything under one roof, but, thankfully, doesn’t replicate the big resort feel. It’s homey, has bags of charm, but most of all; the staff are super helpful and cordial. 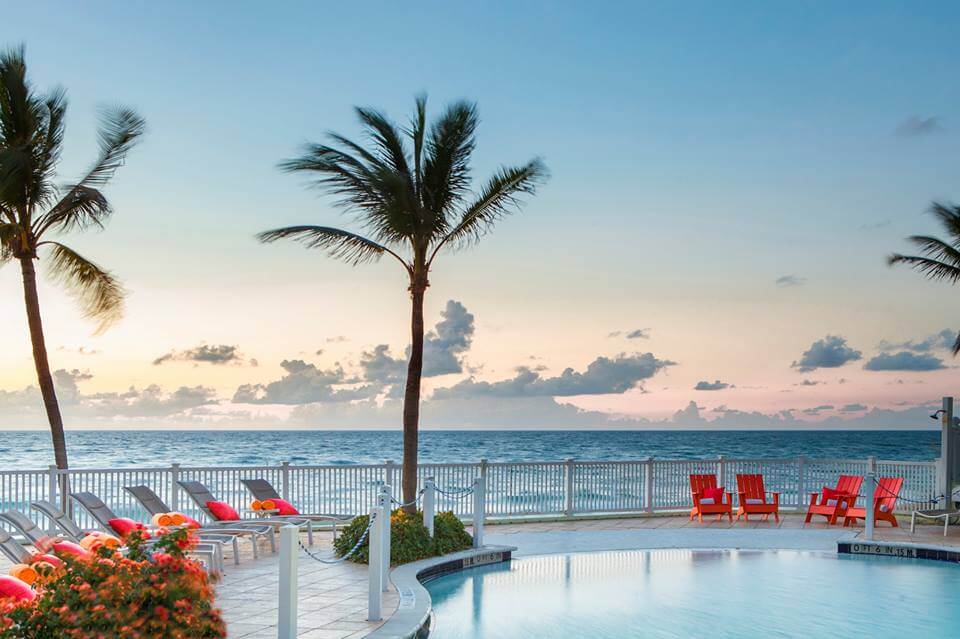 The Pelican Grand Beach Resort goes far beyond your average hotel. Not only do they have their renowned restaurant, Ocean 2000, which attracts Fort Lauderdale natives due to its high calibre of food, but there’s also their own ice cream shop with tempting homemade ice cream, toppings and classic American sweets. It’s ok to feel like a big kid here, we totally did. 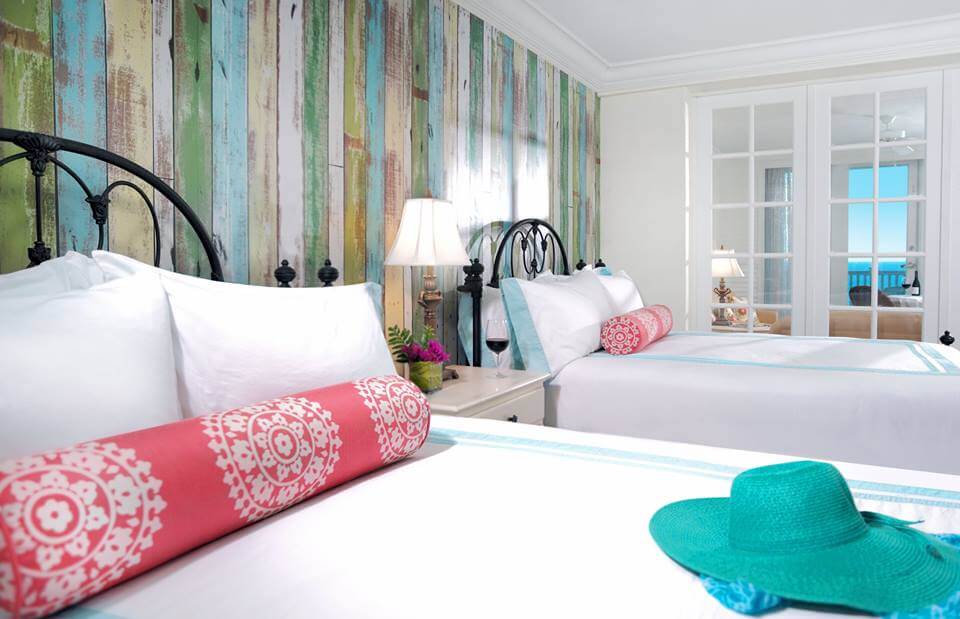 Rooms range from guest rooms to premier suites. The guest rooms have a choice of either a city or beach view, and your own balcony to lap up the Florida rays. The classic decor can also be found in the rooms  – clean, and beach inspired, the rooms have ample space, complete with a king size bed with Egyptian cotton sheets and the most cloud-like mattresses. 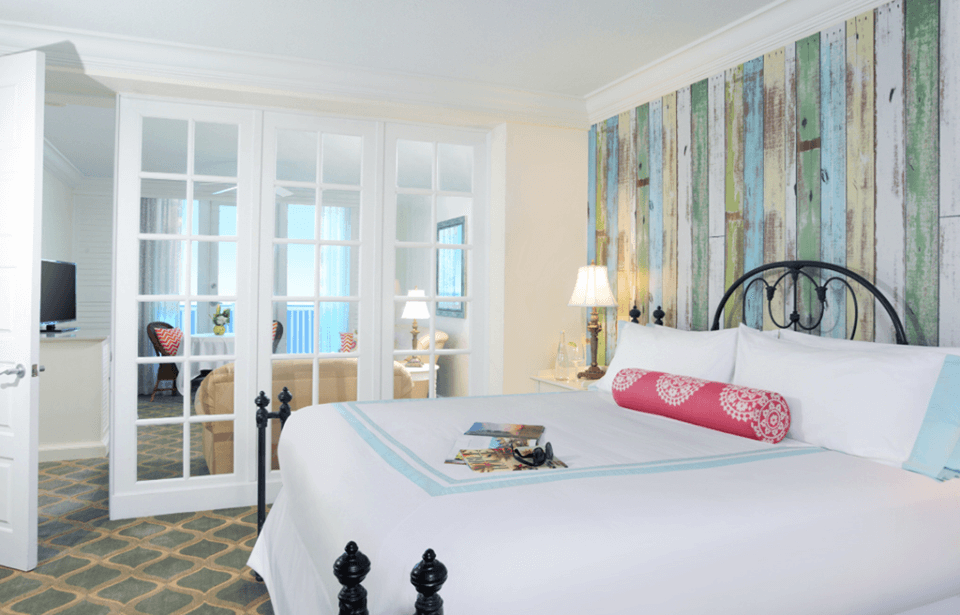 There may be floors upon floors of rooms, but expect the upmost calm. The guest rooms are a peaceful haven from the beach scenes down below. Each room is kitted out in the latest technology – there’s a TV with movies and games, a mini bar, a microwave and a bathroom with a large bath and power shower. 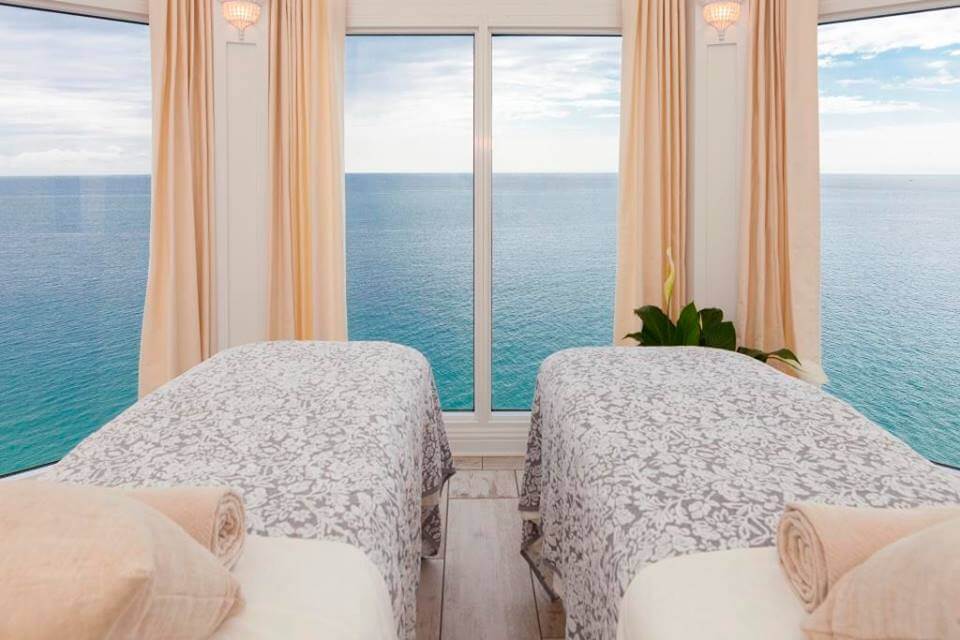 Aside from the glorious rooms and just the general beach-y vibe that you feel throughout the hotel, PURE spa is the absolute one. What tends to happen at the majority of hotel spas is that it lacks good treatments, they’re always so so, but not memorable. PURE Spa waves goodbye to mediocre massages and hello to the best damn back massage you’ve ever had. PURE Spa brings a slice of  Scandi living to the beaches of Florida, think hanging chairs, crisp white interiors and Swedish oils and lotions. 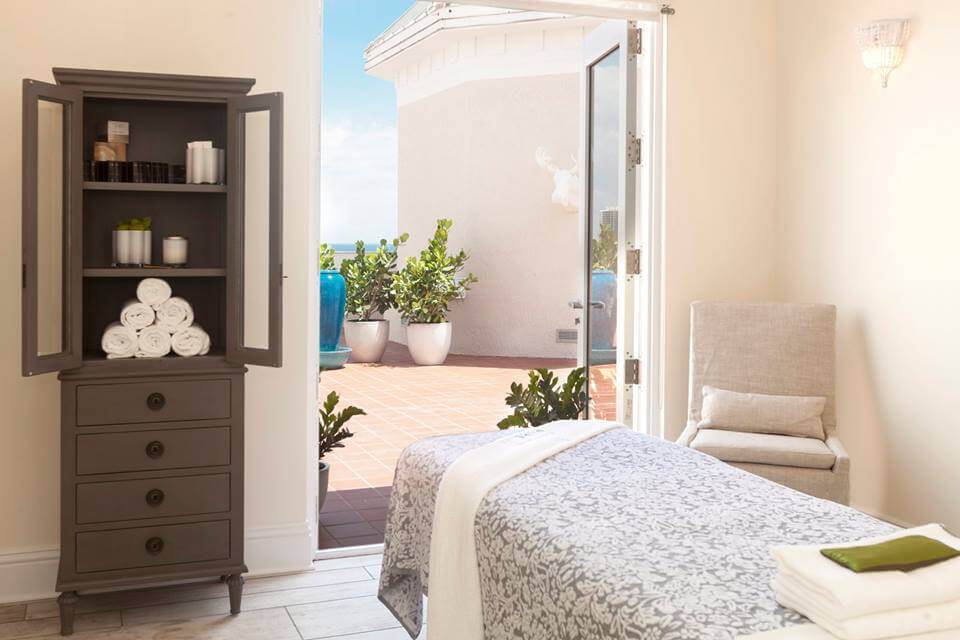 Headed up by hands like spades, but soft to the touch George, the team offer bespoke packages to suit your skin’s needs. There’s facials, manicures, body scrubs and full body massages. The back massage is 50 minutes of complete bliss and tranquility. We’ll guarantee you’ll leave thinking it’s the best back massage you’ve ever received, because believe us, it will be. George is an absolute massage wizard – long owing strokes maximising your stress release, and de-stress techniques are all used. 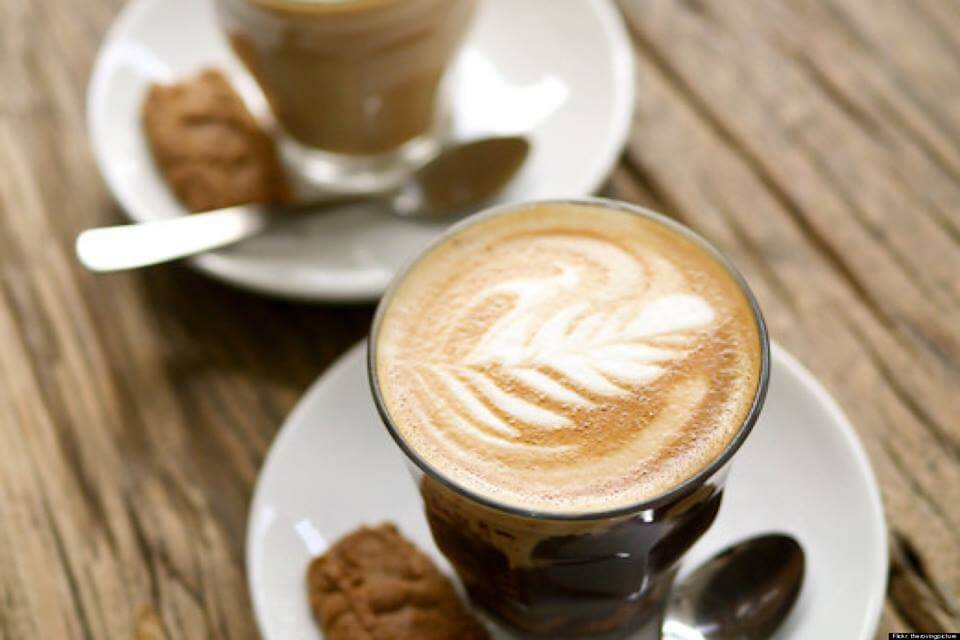 Now, we’ll be honest; we judge a hotel on their breakfast. Not only is it the most important meal of the day, it’s where hotels cut corners. At the Pelican Grand Beach Resort, they’ve traded in the breakfast buffet of dry pastries and room temperature Greek yogurt for something much better, their a la carte menu. 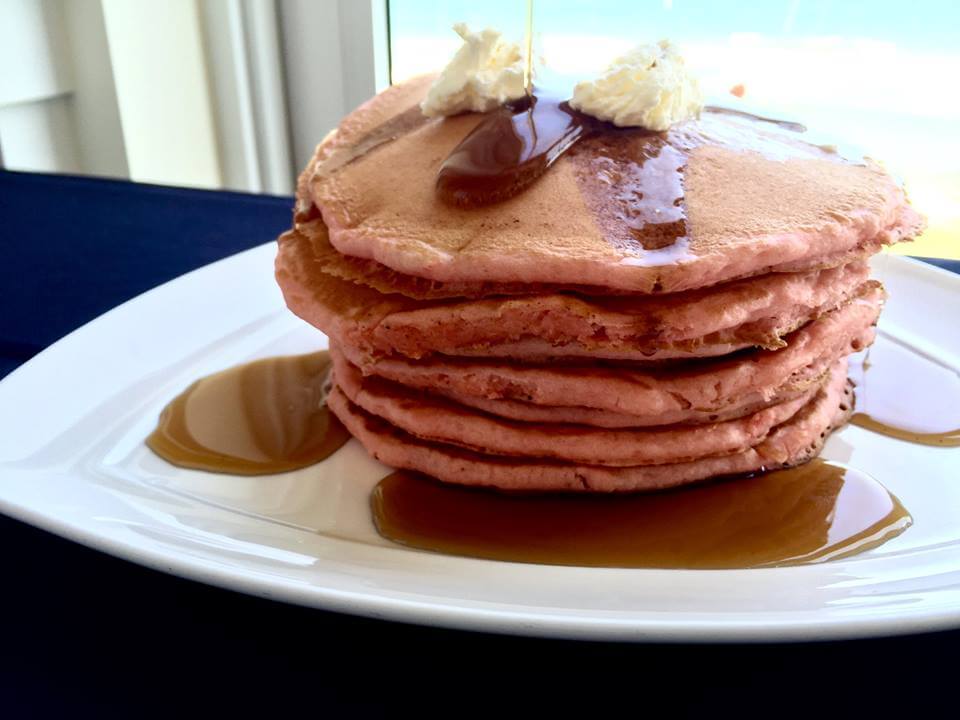 The breakfast here is worth missing your lie in for. The breakfast menu features American classics such as buttermilk pancakes, which are the fluffiest, lightest pancakes we have ever tried – each topped with a range of different ingredients, bacon and maple syrup, and chocolate chip and banana are some of the choices. There’s also their own speciality dish the Huevos Santa Fe – a Mexican combo of two eggs any style with chorizo and black bean quesadilla, roasted tomato sauce and avocado aji. Their steak and eggs is also pretty special, and the American breakfast will make you feel like a fully fledged Yank in no time.

The orange juice is squeezed fresh daily, and the staff also know how to nail a latte. Brunch is a big occasion on the weekends. On Sunday the restaurant is transformed into a theatrical event – there’s live cooking stations serving waffles and pancakes, a carving station for all your meaty needs and a seafood display. There’s also a series of different desserts, a cheese and fruit display and copious glasses of Bloody Marys to soothe your sore head. 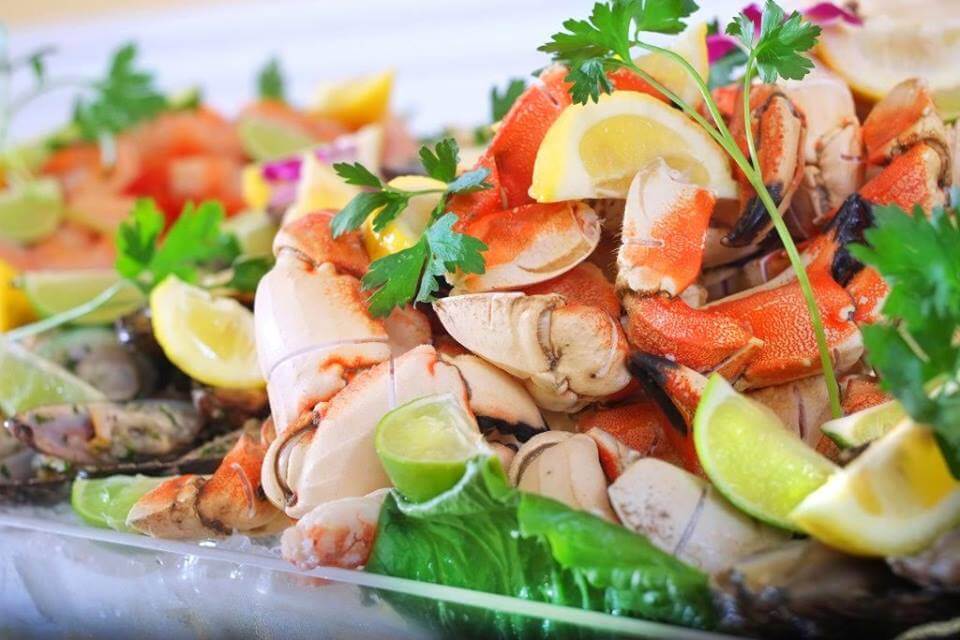 Ocean 2000 is the hotel’s own restaurant and offers an alternative to other upscale Fort Lauderdale restaurants. The dinner menu has both great land and sea options, and also a fantastic selection of veggie dishes too. Nab a table on the outdoor terrace to dine under the stars. There’s a strong focus on local, seasonal produce with Chefs Michael Bloise, Steven Mendez and Nerissa Fannell creating a menu that encompasses both international and new American flavours. 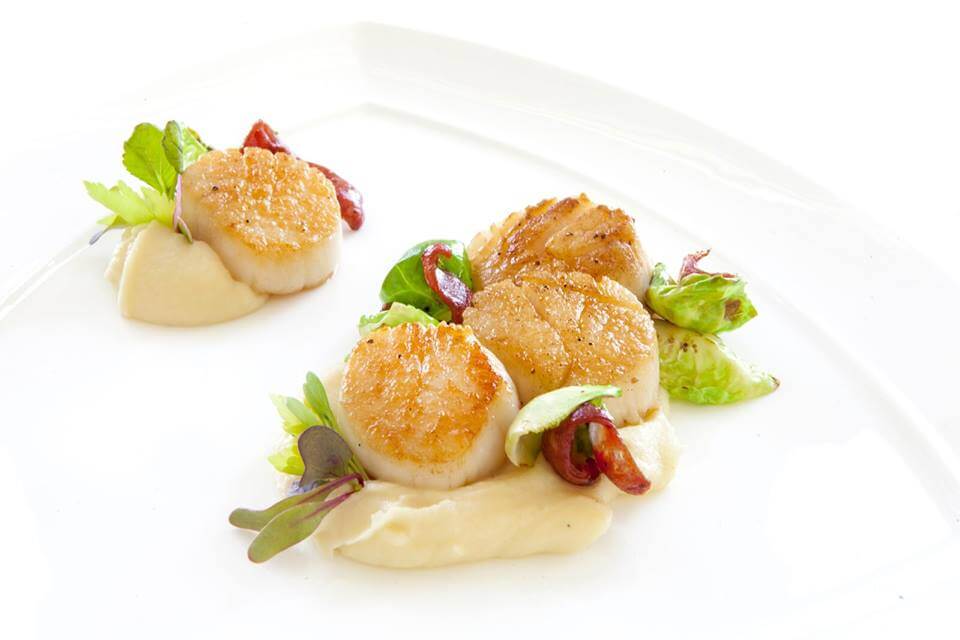 The filet mignon comes highly recommended by us – a fabulous cut of meat and perfectly paired with the homemade salty shallot caramel sauce. For anyone in need of fish goodness, there’s chilled gulf shrimp, local little neck clams, blue crab cake, seared diver scallops and the whopping seafood platter. The braised Florida lamb, and chicken and dumplings shouldn’t be overlooked either. 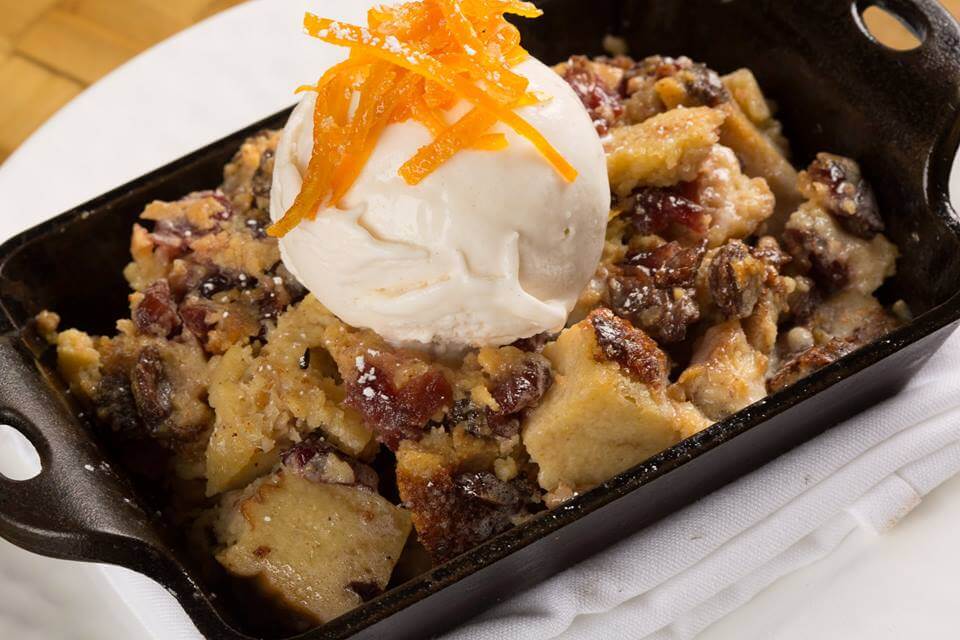 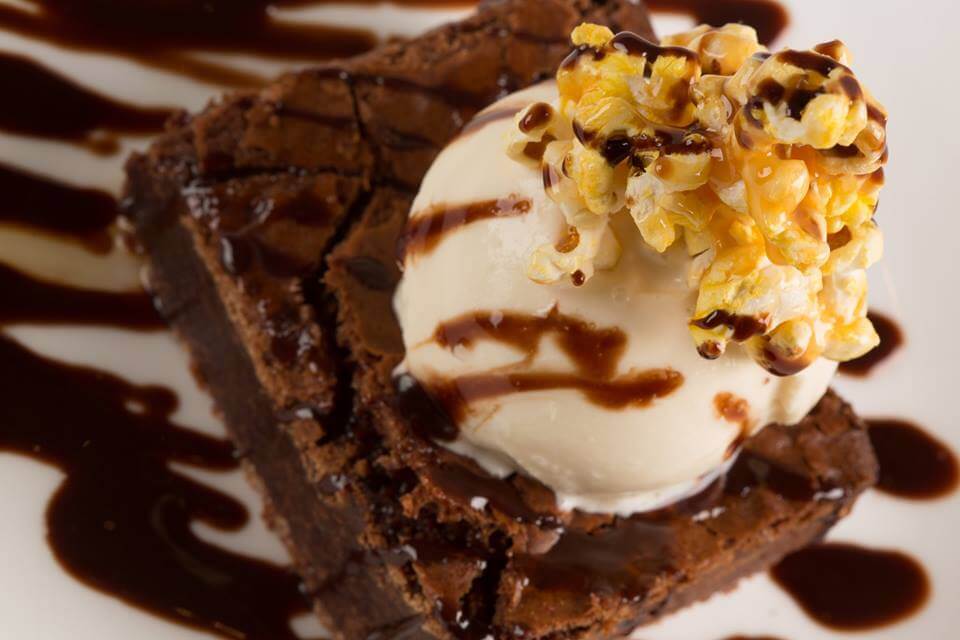 The desserts are a sight to behold. The chocolate chunk brownie s’more is the hotel’s own hybrid. A bottom layer of fudge-y, gooey brownie topped with toasted meringue and salty caramel. God bless America. There’s also a chocolate chip cookie pie which is basically an under-cooked cookie, and totally delicious for all the right reasons. For something slightly lighter, opt the vanilla bean crème brulee. 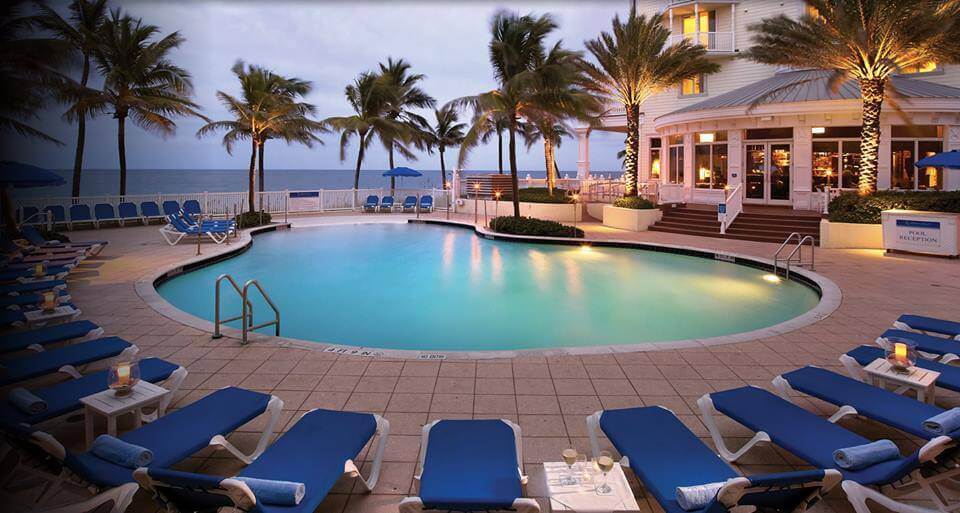 It’s not just about the rooms and service at Pelican Grand Beach Resort, the amenities also play a pivotal part in the hotel’s success. Traditional decor is met with traditional hospitality values – nothing is too much trouble and everything is so readily available. Take our word for it, just go.