If you’re heading to Brighton any time soon, we’ve got the perfect hotel for you…

Ever since the Prince Regent enjoyed the sea air and the varied pleasures which Brighton has to offer, the city has been the place for laid-back fun. While we were not ensconced for our night of bliss in the nearby stately pleasure dome of the Princes Royal Pavilion (well worth a visit though) we were probably as comfortable and as royally looked after. 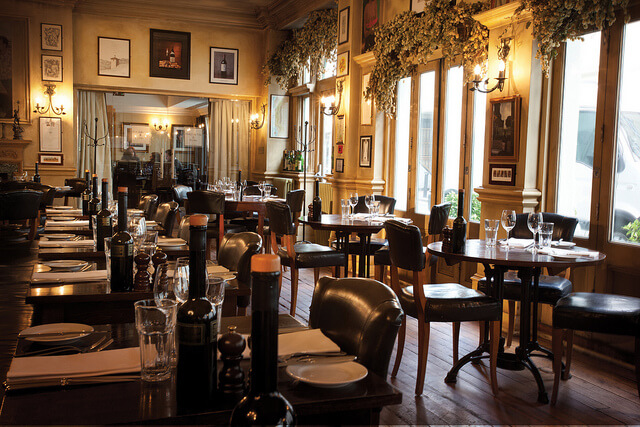 Hotel du Vin is a collection of 14 townhouse and city centre properties in England. The emphasis is on food and drink but with equal weight on style both in the bedrooms and the general interior décor.

The exterior of the Brighton property, which is in the Lanes a couple of minutes from the beach, involves some quirky mock Tudor elements left over from when it was a wine merchants but inside all is tasteful elegance.

There are 49 well equipped bedrooms but the heart of the hotel is the bistro and bar which beats (gently) with the sound of people enjoying themselves. There are terraces and outdoor courtyards for alfresco dining and a large Dome room for parties and weddings. There is also an adjacent Pub du Vin which serves local ales in pewter tankards.

Our room was large and light room with the wow factor of a claw foot bath in the bow window – from which you could just glimpse the sea.  There was also (of course) a big wetroom with double monsoon shower, plenty of towels, bathrobes and slippers. 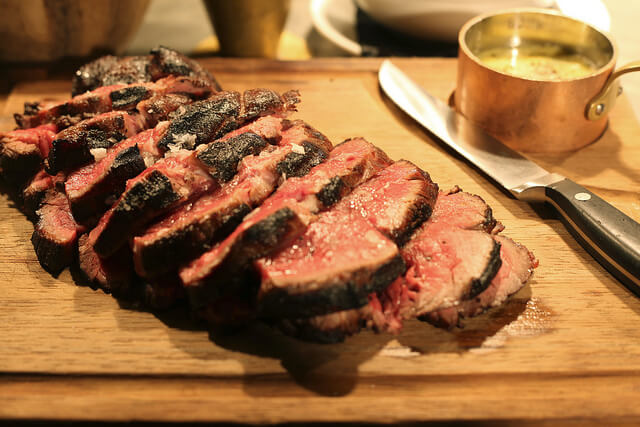 After nipping out for a blow by the sea we returned with sharpened appetites and, after pausing at the bar for a couple of glasses of the delicious house champagne, we headed for the bistro which, although it was mid-week,  was buzzing with happy diners.

With the claim that dishes are created from the ‘finest and freshest local produce’ our expectations were high – and we weren’t disappointed. The menu struck a note somewhere between French bistro (soupe a l’oignon, sole meunière,  moules  frites) and traditional British (smoked salmon, rack of lamb) with lots of variations on steak including a burger with bacon and grilled cheese on a broche bun. 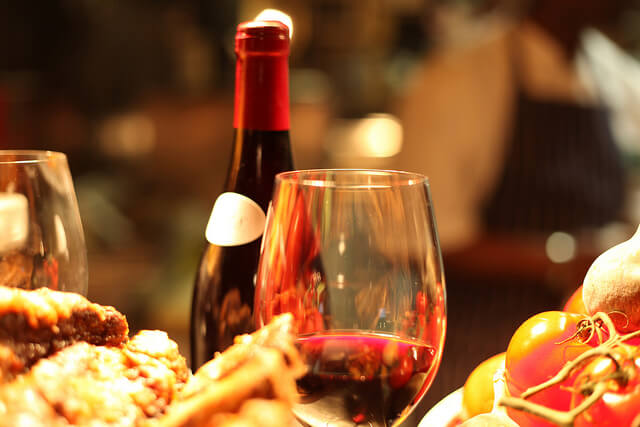 The prawn cocktail followed by fillet steak was almost classic 1970s… but the starter, a bowlful of luscious prawns on a bed of tasty salad certainly had a 2014 twist  and the steak was cooked just as requested – very rare in the centre and seared on the outside.

My partner Dennis, who when beside the seaside wants to eat fishy things, was regaled first with pan-roasted scallops and a then a bouillabaisse composed of monkfish, seabass,  red mullet and prawns together with a tomato sauce and gruyère crumbs, which he pronounced fresh and full of flavour.

There is both a short and a long wine list (who’d expect anything less) and we drank a fresh alburiño Condes Albarei throughout the meal and then, too full for pudding, rounded off with glasses of impeccably made Irish Coffee. 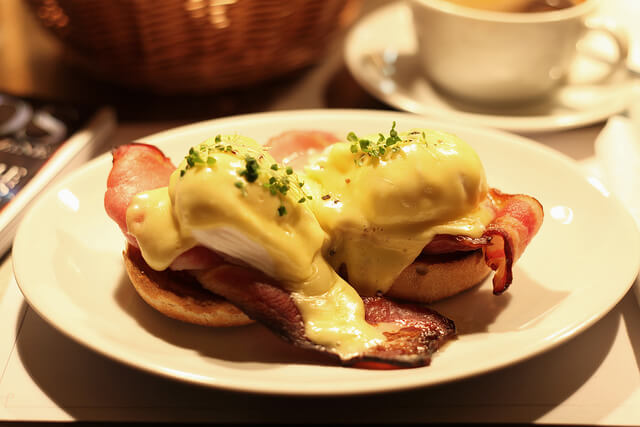 We went to bed feeling we’d never need to eat again but were undaunted even by a full English. Here though the choice included kippers, eggs benedict, baked eggs in ramekins as well as a ‘healthy breakfast’ (spinach and egg white omelette, carrot and ginger sausage) and all the usual fruits, yoghurt, cereals and best of all – freshly-squeezed orange juice.

After a stroll in the lanes to drool over jewellery and antiques and a visit to the Royal Pavilion (you really must) to feast the eyes on the amazing Regency Chinoiserie, sadly it was time to head home.

Luckily there are  quite a few more Hotels du Vin to explore.

By Patricia and Dennis Cleveland-Peck 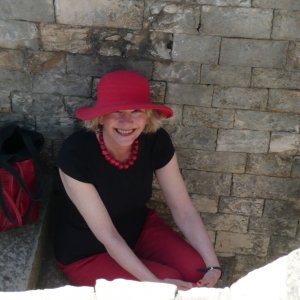 Patricia is a freelance writer who contributes to the travel and garden sections of The Independent, Sunday Telegraph, Financial Times and Country Life among others. She works in a team with her husband Dennis, an ex-Savoy trained chef who covers the food aspects of their stories. Patricia also writes children’s books and has had two radio plays and a stage play performed. She and Dennis lives in rural Sussex surrounded by chickens, geese, ducks, pigs, sheep and bees.