When I was invited to the Lake District’s ‘Sexiest Hotel’, I didn’t think I’d be staying there alone. I’d booked one of the sixteen couple’s suites at the Brimstone Hotel back in November. The perfect January blues trip I thought for me and my girlfriend. Sadly the art industry had other ideas and as I write this, she’s about to sit down for a dinner of Har Gow in Hong Kong. That said, there’s no better cure for LonelyinLonditis than a trip to the rolling hills of the Lake District with plenty of self-reflective walks. 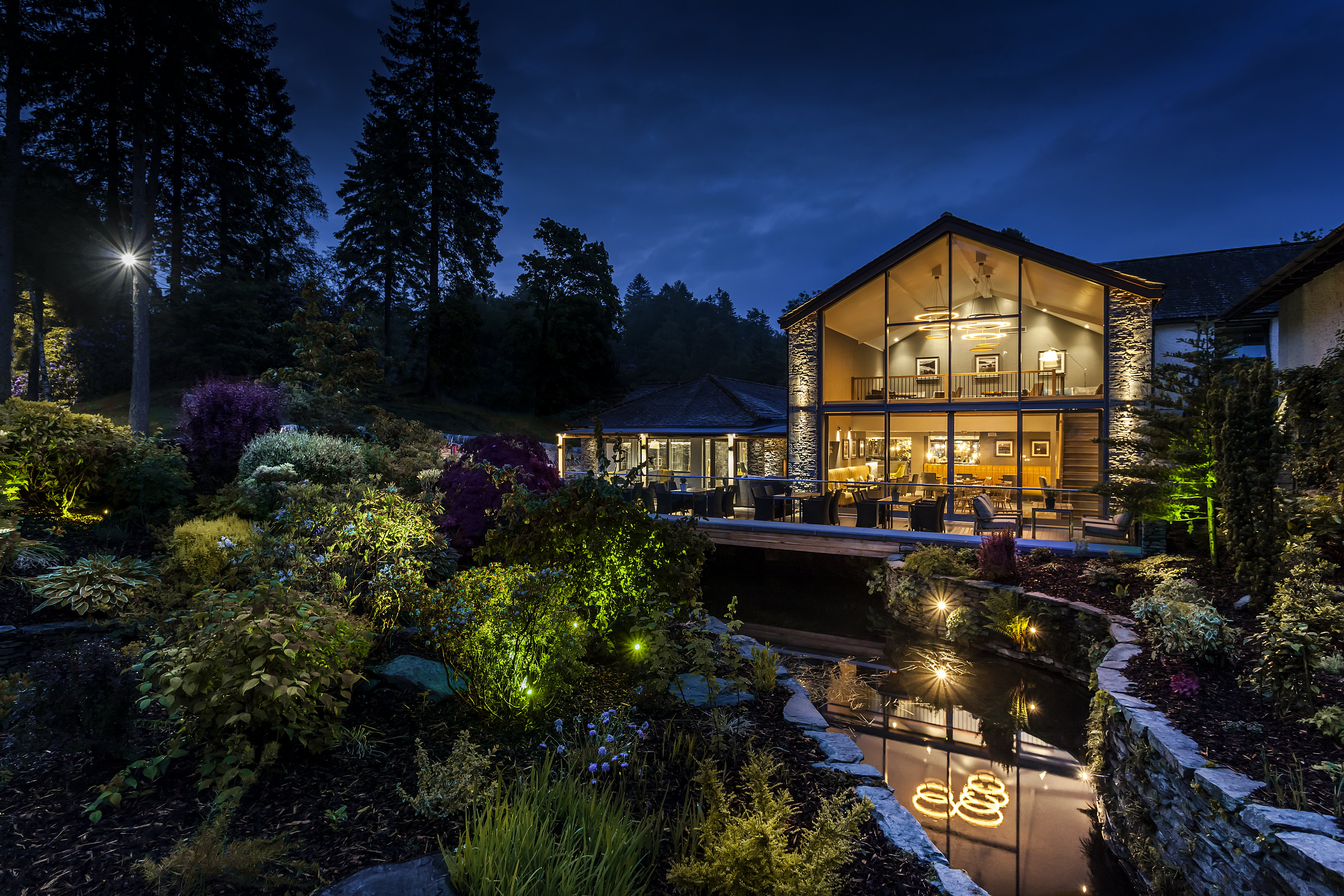 For some reason, I’d always thought of the Lake District as this distant, hard to reach area (probably spent too much time in the City). The reality is it’s just under three hours away on a direct train from Euston. There can’t be many other places in England that are so close to the capital and yet in terms of landscape and lifestyle couldn’t feel further away. Weekend bag in one hand, Timberland boots in the other, this Londoner was ready to escape. 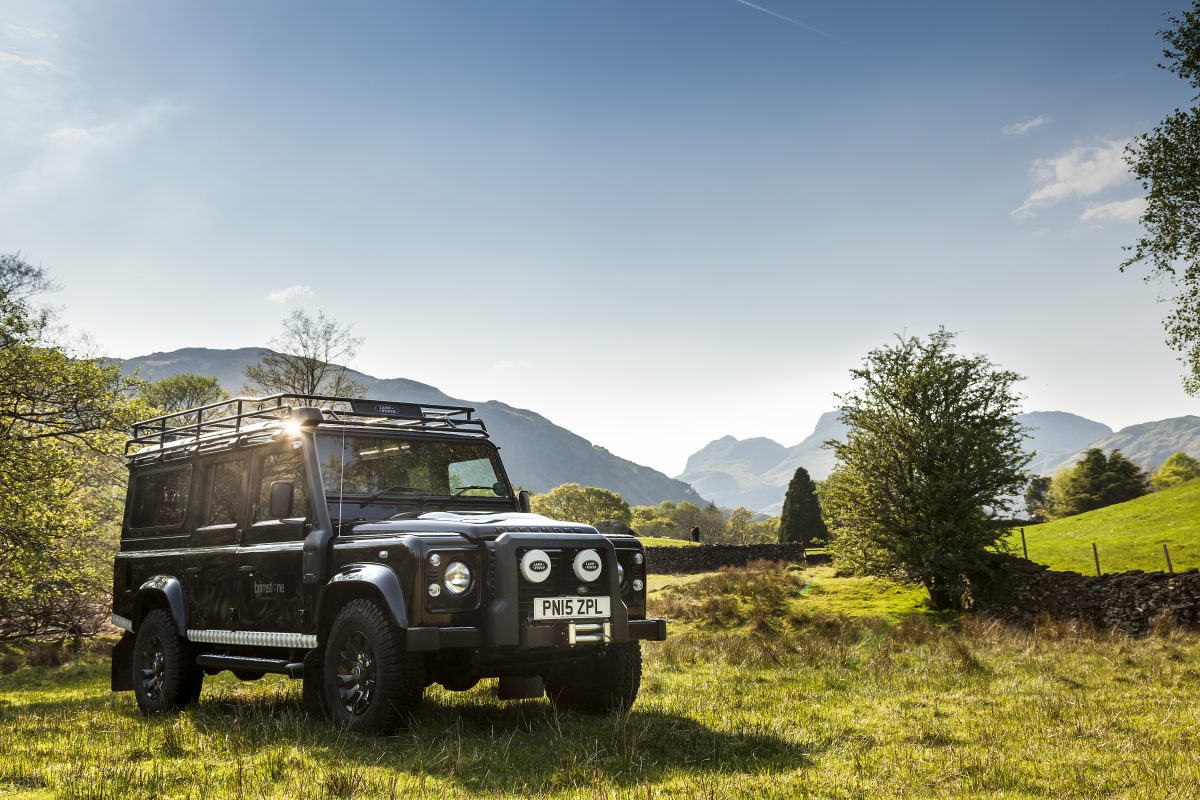 At Oxenholme station I was met by a giant Mark 1 Land Rover. They could’ve been collecting half the passengers and taking them up one of the peaks but, no, this was just for me. I mention this as it was the first indication of the sort of service they provide at The Brimstone, the Land Rover tagline is ‘Above and Beyond’ it’s more than fitting for this hotel too. There’s no need for a reception at The Brimstone, you’re taken straight into your room via ‘the library’ which is laid out with complimentary wine, cheese and sandwiches for guests to enjoy. The first thing I notice about the room (other than it’s proximity to the aforementioned freebies) is that it’s huge. There’s a private terrace, a separate lounge area, a big bathroom and enough cupboard space for Kanye West. After a quick Brimstone briefing, my ‘host’ leaves me to settle in. 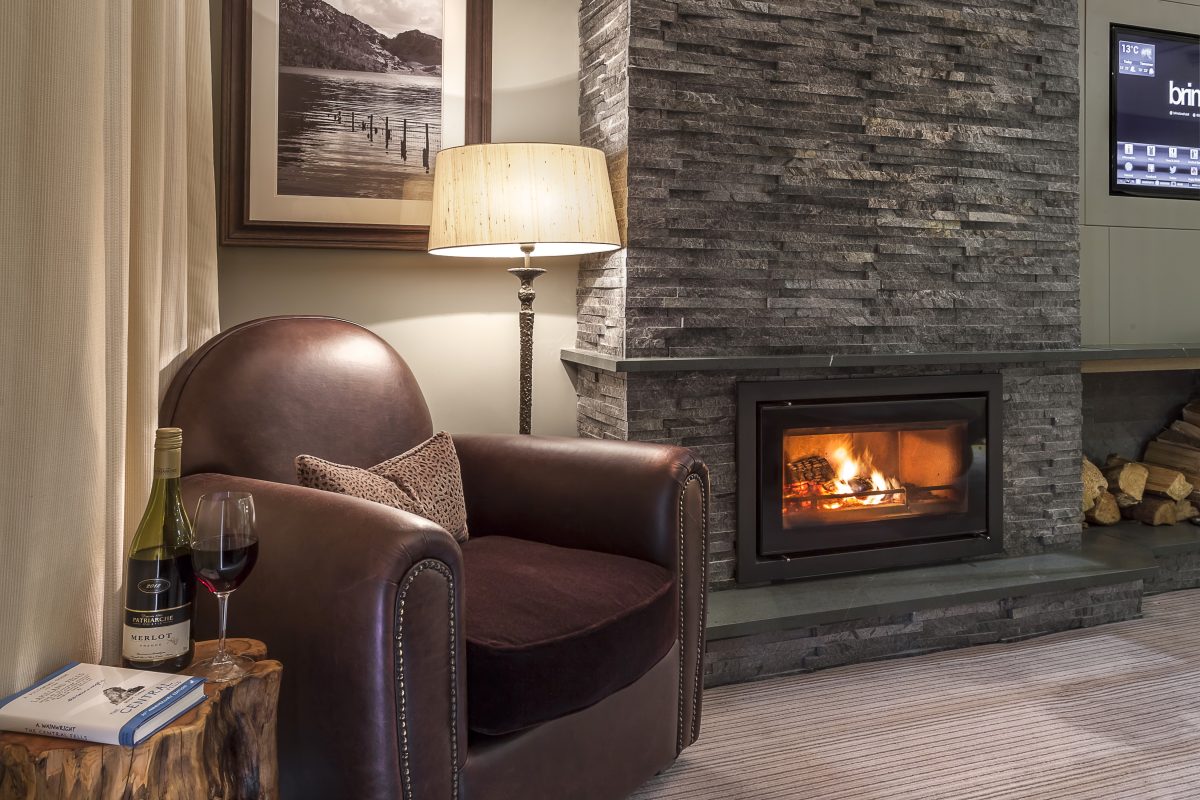 About three minutes later is when it hits me. The email invite did spell it out, but this isn’t just a suite, it’s a sex shrine. The log fire is lit, the giant bed is sat on a circular platform (I’m still searching for the button that makes it spin) and at the end of that bed is not one but two baths side by side. The golden rubber bath duck and I are the only two things not to have a partner in this room. Even the lights are mocking me with a choice of settings that range from perky to sexy. This is an emotional emergency and there’s only one thing for it. I get on the phone to my oldest friend and flatmate and within minutes he’s booked on the 6am train the next day. Damn it, if I can’t have romance then bromance is the next best thing.

When I wake up the next day the papers have already been delivered to my door and it’s time to head over to the Stove Restaurant next door. The Brimstone isn’t like a hotel at all (in all the right ways). Once you’ve arrived you’re really left to your own devices. If you need anything you can ring one the ‘Hosts’ who are all incredibly friendly and accommodating (one Host even told me some guests ring to ask them to turn the bath on – please don’t ever actually do this). Needless to say, it’s the perfect mixture of feeling looked after, but not looked over. The hotel is part of the giant Langdale Estate which is home to over 80 houses owned either privately or by time-share. In that way, The Brimstone is just a small part of a larger community complete with restaurants, a gym and spas. The Stove is one of those restaurants and serves up your buffet breakfast every morning. Everything you could ask for (without having to ask) is on offer with sausages, bacon and black pudding cooked in a wood-fired oven. My flatmate arrives just in time (not sure they’d ever set a table for one) and we ate enough to be able to provide the dictionary picture definition of a ‘full english’. 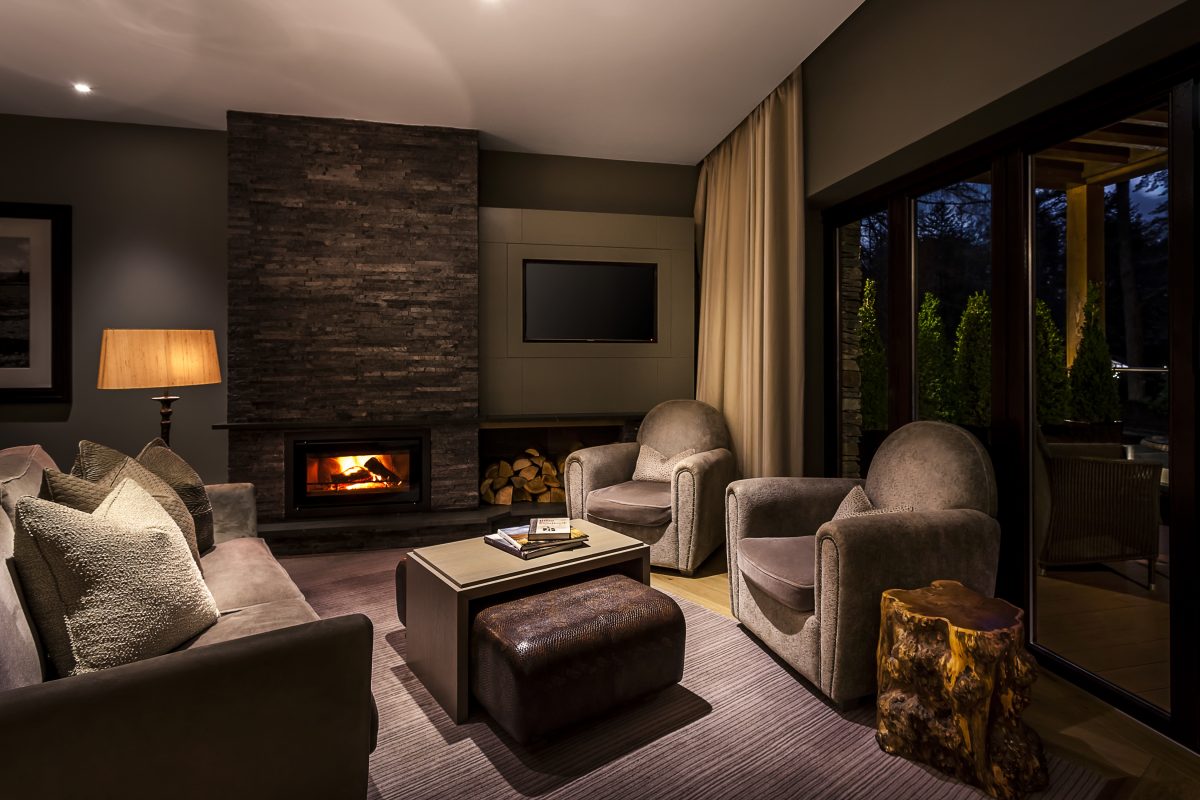 The main reason to head to the Lake District is for the walks. The Brimstone is perfectly located for this, sitting in the heart of the Langdale Valley surrounded by great routes to explore. After breakfast, we were joined by a host Fiona. I mention her by name as she was the friendliest most knowledgable staff member we came across (and they were all great). But Fiona had an uphill struggle (no pun intended). Her job was to get two over-eager east Londoners up, and more importantly, down the mountain without falling off any waterfalls. She was ideally positioned for this task as her father is also part of the Mountain Rescue team, we were hoping it wouldn’t be a day for family reunions. We were given a choice of routes ranging from the lovely loop to the murderous mountain climb, naturally, we chose the latter. Had it not been for Fiona we would’ve left there and then, me wearing a pair of boots without souls a ‘Rains’ jacket and a pair of trousers I’d picked out because they had camouflage print and I assumed that meant they were good for outdoors. Thank goodness we were taken to a kit room with the hotel and practically forced to wear proper waterproofs and boots. We were also given a bag of snacks, bottles of water and chocolate (this hotel leaves no stone unturned). 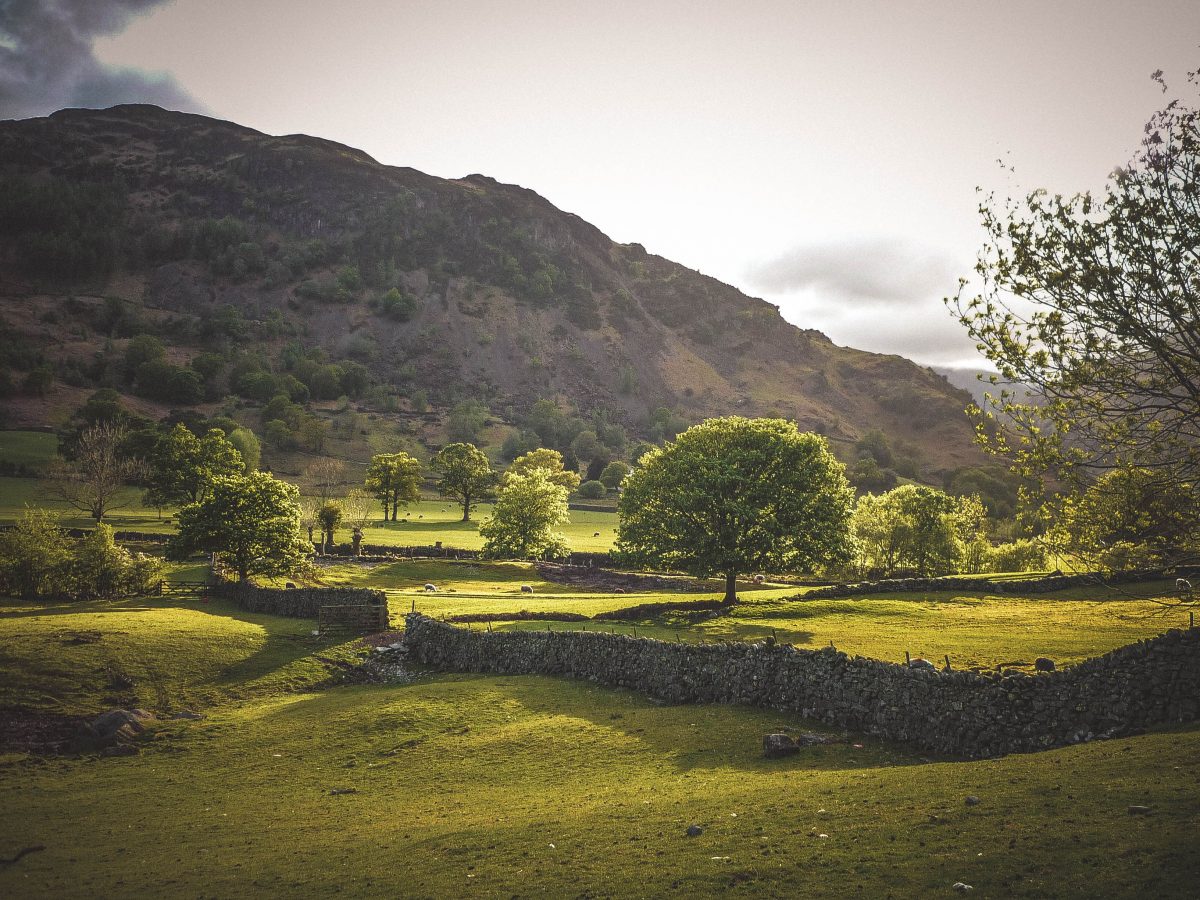 A quick pre-expedition photo in the car park and we were off. The nature of the walk is probably not that relevant to this review. That said, I will mention that it was one of the hardest, wettest, windiest and scariest walks I’ve ever been on. And I loved it. We started by walking up the steep slopes past the waterfalls of Stickle Ghyll to the almost martian-like clearing of Stickle Tarn (lake). From here many people turn around, but not us. We headed further up, climbing, scrambling and river-crossing our way to the peak of Pavey Ark. That’s where things got a tad hairy. We were about 4 steps into our 9 step route and the weather turned. We were being lashed by gale force winds, face breaking rain and suddenly found ourselves in the middle of a large cloud which made it rather difficult to see. With our map barely holding together and no idea of what was ahead, we turned back and started the three-hour descent. We returned to The Brimstone with clothes so drenched you could’ve showered under them. It was challenging, it was rewarding and it was exactly why I’d come to the Lake District. 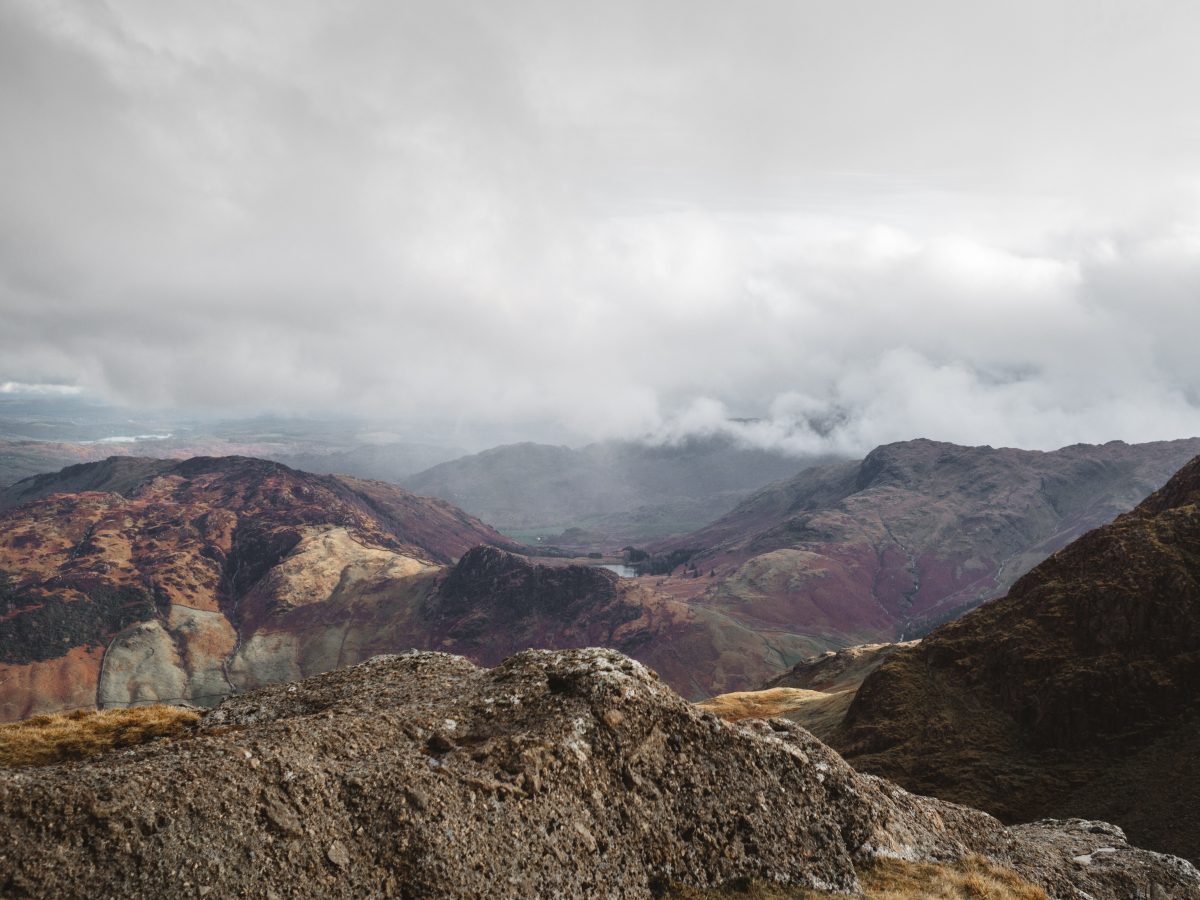 Probably the biggest thing that kept us going during the squelchy return to the hotel, was the thought of the spa that awaited us. Only open to Brimstone guests, there’s an indoor pool and outdoor hydro pool, seven treatment rooms a Spa Deli and seven, yes seven, thermal experiences. There’s a recommended route you take which leads you through various steam and saunas that increase in heat as you go. One moment I’m in the dry heat of the ‘Lava Sauna’, the next I’m sweating it out in the Himalayan Salt Steam Room. Trust me, I know it also sounds a little ridiculous but after six hours on the side of the mountain, there really is nothing better. That night we walked up the road to the Wainwrights Pub (also owned by the estate). It’s a relaxed country pub with brilliant food and a great selection of local beer and ales. Would definitely recommend if you want to leave the complex one night. 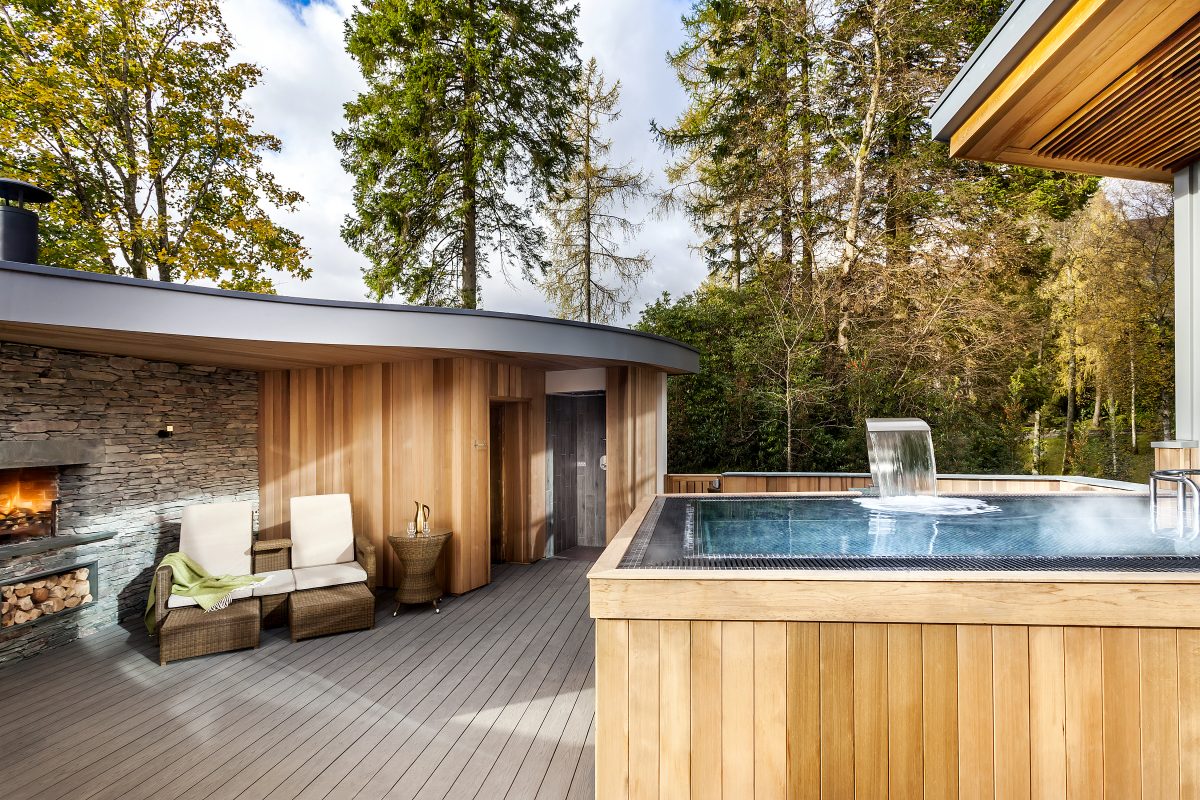 All in all, when the Land Rover came to return us to the station I was desperate not to leave. The Brimstone is the perfect escape from the City, whether you’re there for winding down or for wild walks, the staff and facilities here and second to none. I may not have come here with my partner, but I still ended up falling in love.

Rooms at Brimstone cost from £350 per night including Reading Room treats, Brimstone Spa access, outdoor kit hire and breakfast in bed.  When booking more than 30 days in advance, guests can enjoy a 15% discount on all suites. The Bubble costs £275 and includes three hours exclusive use and 90 minutes of treatment time per person.

To find out more visit www.brimstonehotel.co.uk.