I’m going to tell you a love story about an island. The island’s name was Vabbinfaru. Vabbinfaru grew up all alone in the middle of the Indian Ocean. Although Vabbinfaru could see other islands in the distance, he never got to meet them. They never visited him. They just stayed where they were watching him from afar. Vabbinfaru had one friend though. His friend was the coral reef. The coral reef surrounded Vabbinfaru and protected it from waves that wanted to wash Vabbinfaru away with the sands of time. Vabbinfaru called the coral reef his shield. The coral reef loved protecting Vabbinfaru, but the coral reef was so strong and beautiful that it attracted many many friends. Thousands of tropical fish, reef sharks, sea turtles and lobsters lived in the coral reef because it was pretty and it always gave them something to eat. 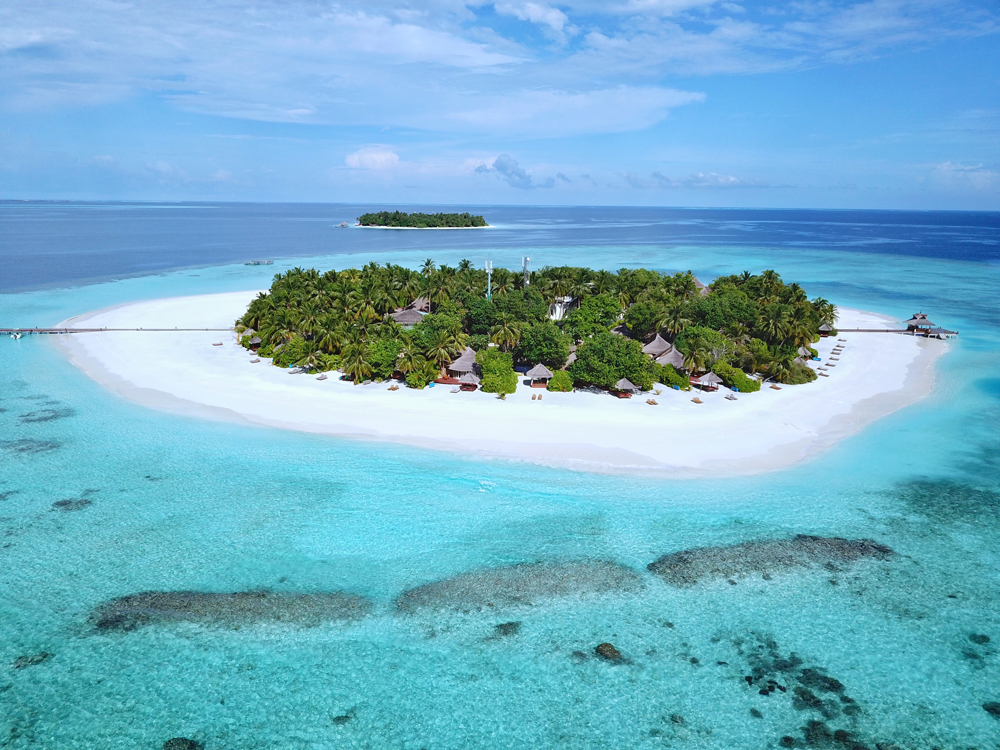 Many years later, in the year 1994, Vabbinfaru saw a boat coming towards the shore. Lots of people got off the boat, who started building tons of little villas. The villas were beautiful and Vabbinfaru was so happy to have them. The villas had charming front doors with doorbells.  All the villas had personal pools the perfect size for two people to float about in after getting very tired on the 200m walk back from the restaurant after lunch. They had tall chutes of water refilling the pool making the light trickle of freshwater the soundtrack to the guests’ holidays. The villas had outdoor showers where more water streamed from bamboo shoots and an indoor shower just in case the guests weren’t completely enamoured with al fresco washing. 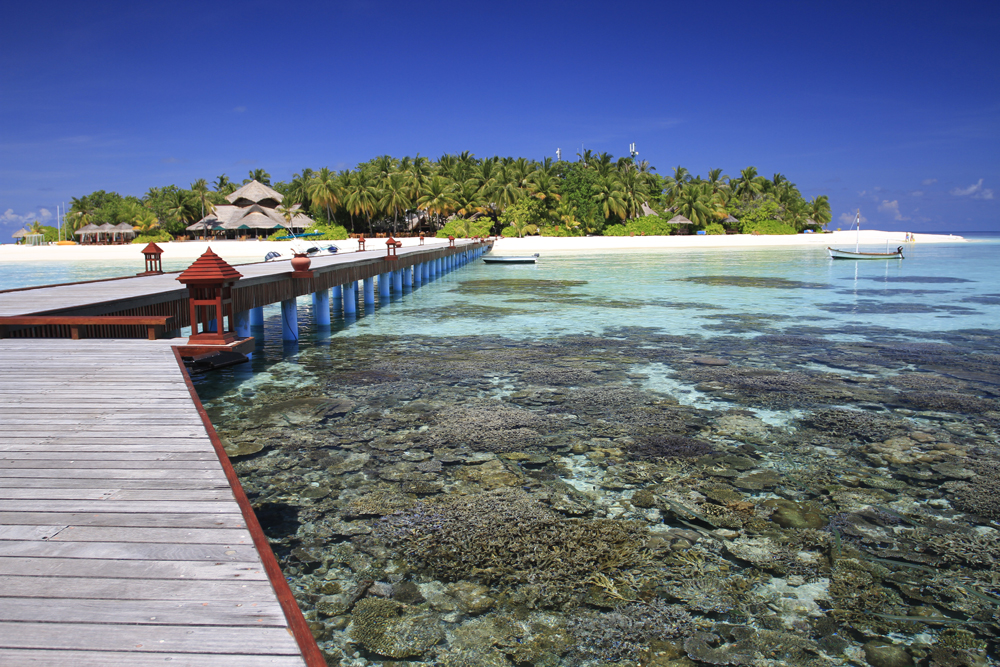 One of the first things the people did when they arrived was started thinking about ways to prevent waste. The people paid local fishermen to bring fresh catches to the island every day and they served the fish to guests in curries and on the grill and all the guests loved the fish. But there were always offcuts of the fish that the guests couldn’t eat so the people decided they would give the fish to some friends of theirs. The friends were the stingrays of course. The people fed the stingrays the spare fish every day at the same time so more and more stingrays came every day. Even some sneaky reef sharks and a sea heron got in on the act. Sometimes the stingrays were late and that was fair enough because the didn’t have any way of timekeeping other than the position of the sun in the sky. But people always came to watch the feeding of the stingrays and they squealed when the aqua zoo-keeper grabbed their tails, but you know what they say, never sting the hand that feeds you. 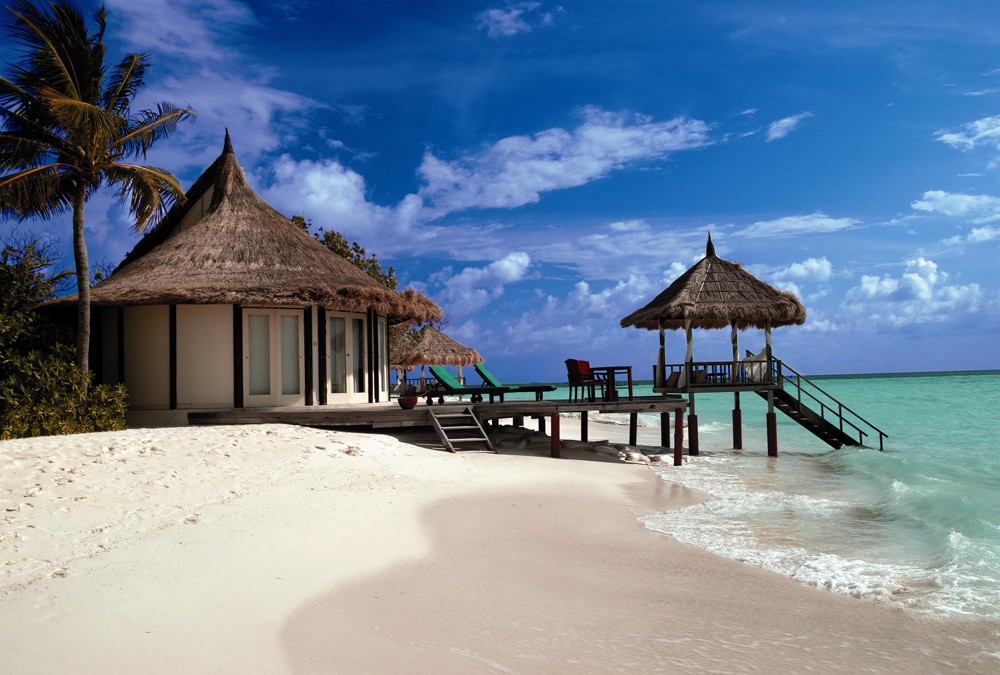 The hotel even allowed guests to eat dinner on the beautiful porches of their villas. One man from the hotel brought a big white tablecloth with wine glasses. Another man brought a fold-up wheelie barbecue and together they laid on the most romantic and intimate dining experience. It was perfect. 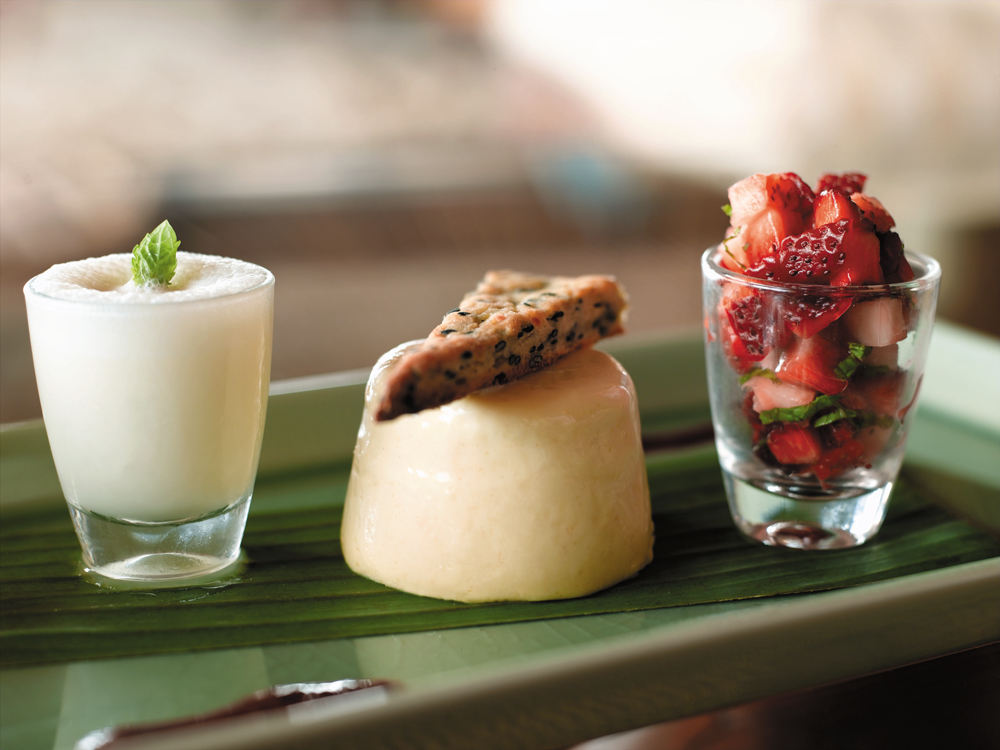 They built a kitchen and a restaurant where wonderful fresh food would be served three times a day. The restaurant tilted more towards Asian cuisine, but there was lots of bacon and eggs at breakfast and that made the guests from all around the world very happy. The staff were so friendly, and they clearly loved Vabbinfaru so much. When guests got full and couldn’t find room in their bulging bellies for dessert, the staff gave the guests sorrowful looks and the guests always changed their mind and had dessert. The guests ate fresh seafood and local curries. They dug their toes into the sand and watched the palm trees sway in the wind and they knew peace again. 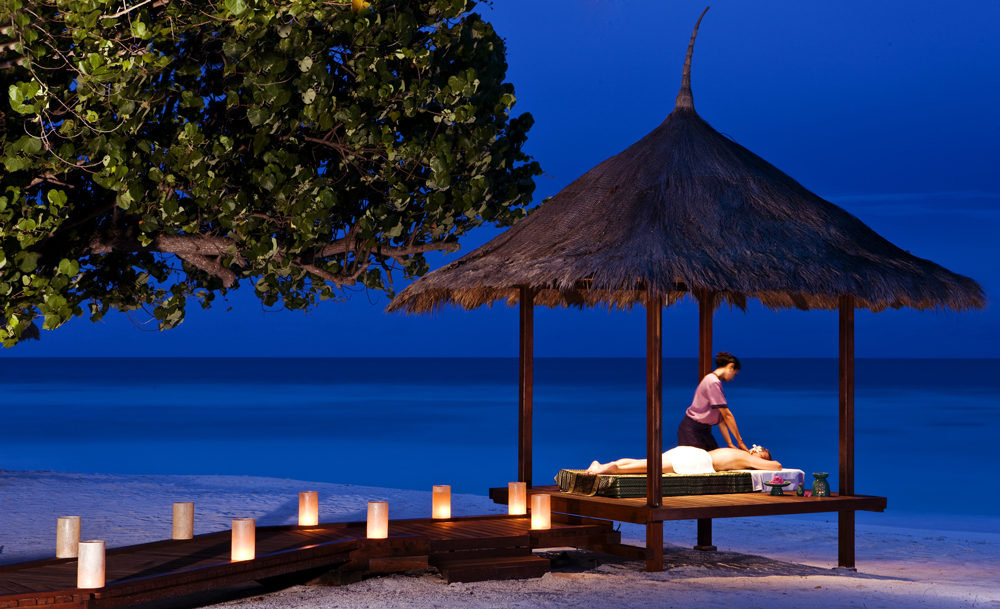 They built a place where stressed people could relax with ambient music while fragrant oil was rubbed on their bodies. The people who rubbed the fragrant oil into the bodies of the guests were so skilled that they won award after award. Even guests that thought that all massages were nice could notice the quality difference. One guest described it rather well when he said, “Over the course of an hour, she must have made a thousand hand movements, but she did not make a single mistake.” While the guests had oil rubbed on them, all their senses were awakened and they couldn’t remember what worry was. 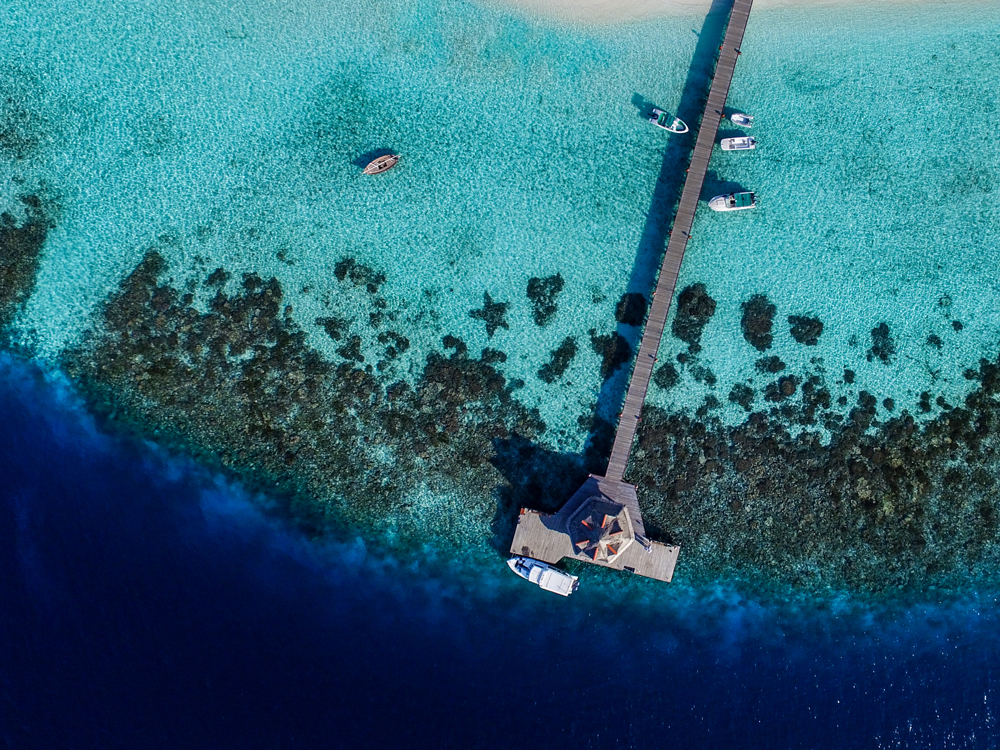 One day some people from the hotel, that was called Banyan Tree, went swimming in the sea with snorkels, goggles and fins on and they saw something terrible. They saw that the coral reef was dying. Where once there were many beautiful colours and equally beautifully coloured fish swimming around, now there were pale calcium carbonate exoskeletons. The people asked some of their marine biologist friends why the coral reef was dying and the marine biologists said that it was because of rising sea temperatures caused by people all over the world prioritising their short-term self-interests over the preservation and enhancement of the biosphere. And the people from Banyan Tree said, “How awful. If the coral reef dies, Vabbinfaru will lose its shield and it will be washed away forever and all our hard work in building the most perfectly serene experience for guests will go to waste. What can we do to help?” 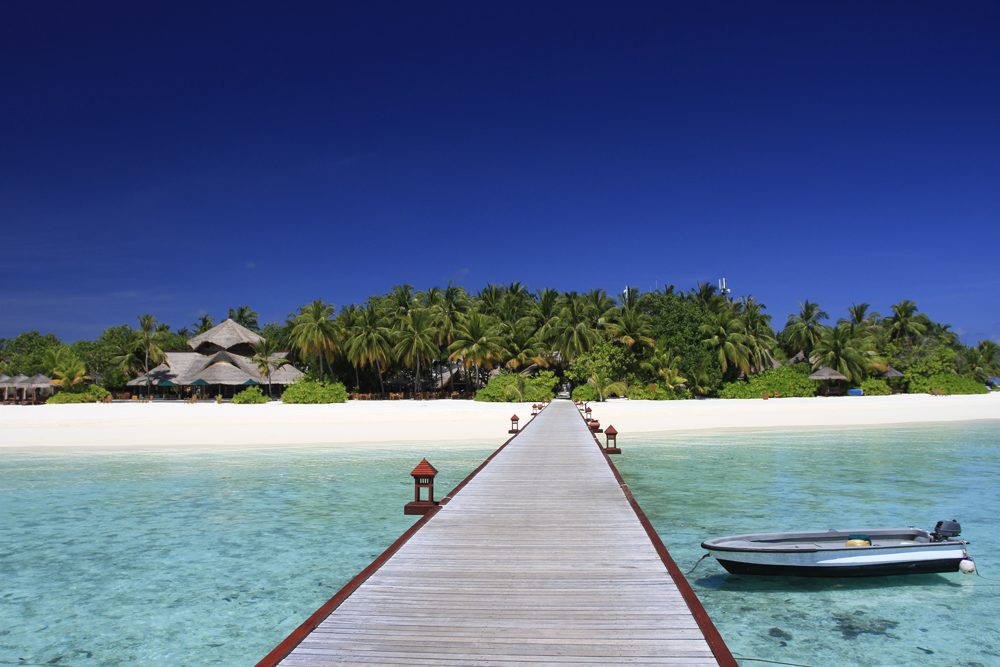 The marine biologists said “Let us stay here. We’ll build a marine lab and we’ll help the coral reef get better. We’ll become the first hotel to combine marine biology and hospitality”. So they built coral nurseries, coral gardens and sustainable fisheries. They protected the sea turtles and made sure no huntsman could steal the reef sharks’ fins to make soup. They even educated local groups of school children on how to look after the reefs without degrees in biology. 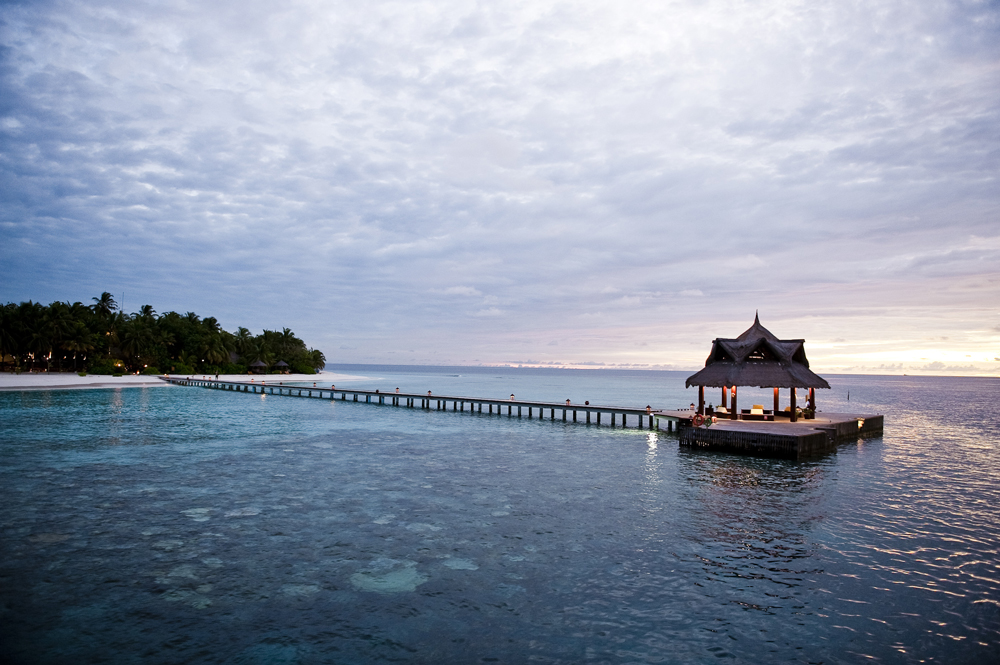 When the guests left Vabbinfaru on a speedboat, they stared out the windows because the sea is a good place to think about the future. They thought that the question really becomes “To what extent are guests willing to sacrifice luxury for sustainability?” Could the guests tolerate the same towels for three days? Could they bare to wait for twenty minutes before the air conditioning cools their villas? Could they wait an hour at the airport so that the speedboat transfer could pick up another couple and save the North Male Atoll a further layer of its carbon coat?

The guests all wanted Vabbinfaru and the coral reef to live happily ever after, but only if it didn’t interrupt their holiday.

They say no man is an island. What about a hotel?

Vabbinfaru is Banyan Tree and Banyan Tree is Vabbinfaru. The coral reef protects them both and god forbid I hope it stays that way because this place is just too beautiful, too peaceful, too extraordinary to ever lose.

For more information and to book, visit here. Rooms are available from £380 per night, including breakfast – and until 19 December 2019, guests will benefit from a special offer to mark Banyan Tree’s 25th anniversary, including 25% off rooms, restaurant bills and spa treatments.