It seems apt to be writing a ‘48-hours in Dublin’ guide the day news broke claiming that drinkers are living longer than non-drinkers, according to new research by Queen’s University Belfast. Without a doubt, Dublin is a city geared around alcohol; the Irish are most probably celebrating the good news in a pub right now. But although Guiness is arguably the city’s lifeblood, there’s much more to Dublin and its surrounding countryside than drinking houses and breweries. Here’s our (fairly booze-free) guide:

Dublin Guide: Where to Stay 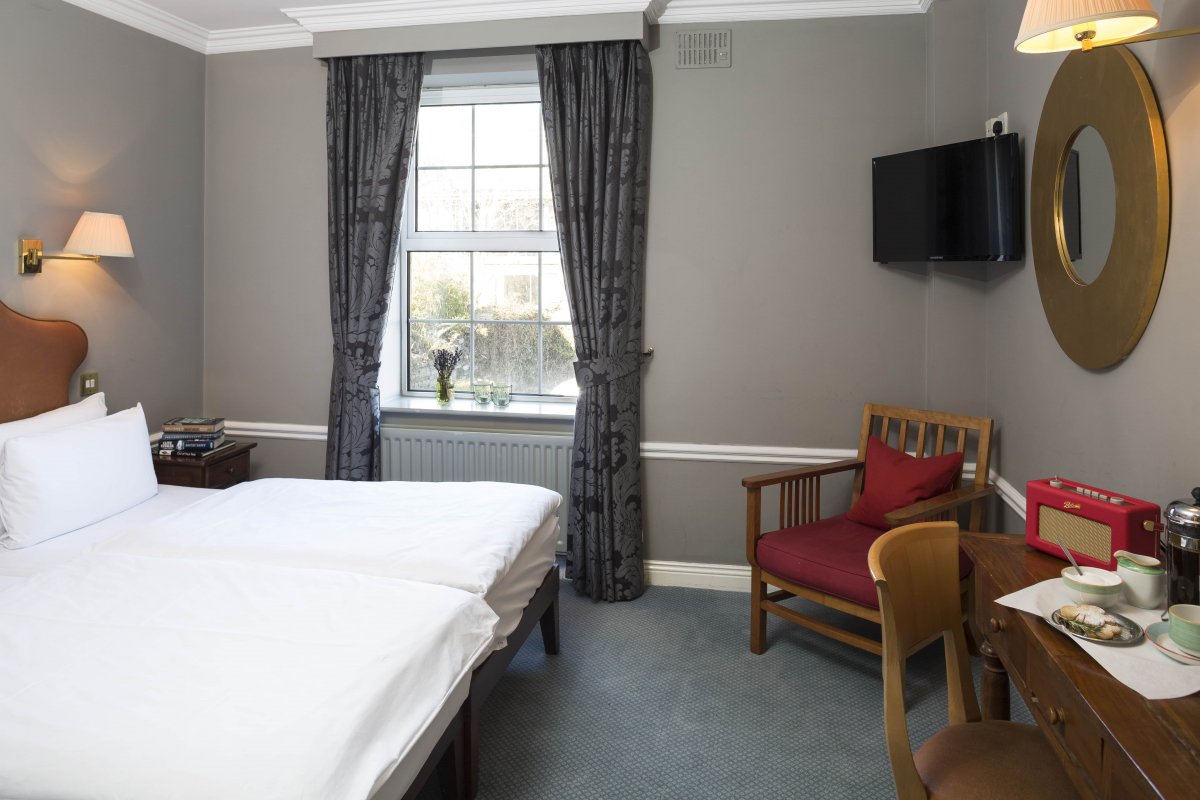 Dublin is rife with boutique and other trendy hotels (think The Dean, The Dylan and leading design hotel The Marker), but if laid back is more your thing than luxury, then B&Bs are where it’s at. After taking an after-work Ryanair flight (at just £30 return from London Stansted – it’s worth the inevitable hour delay), check in at the Pembroke Townhouse, a gorgeous bed and breakfast just 30 minutes from the airport. 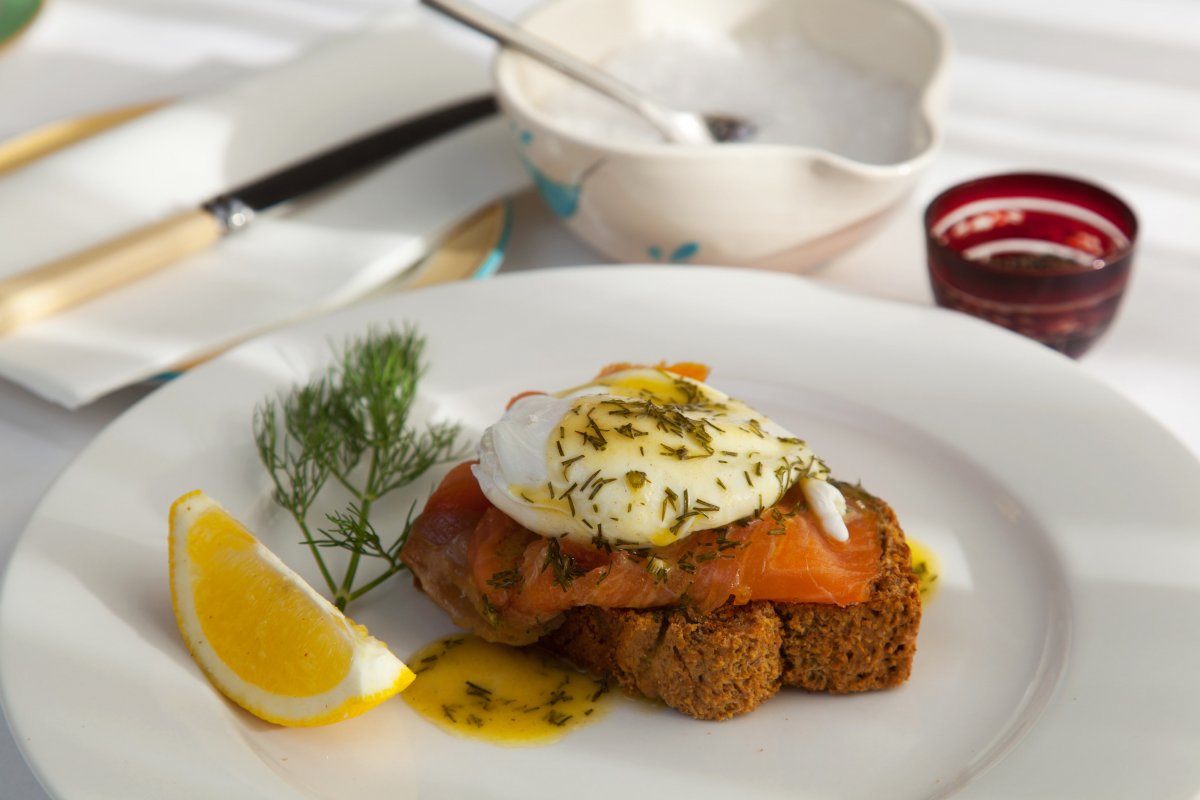 The Pembroke Townhouse is located in the affluent Dublin neighbourhood of Ballsbridge, just 20 minutes walk from the city centre as well as a stone’s throw from several gastro pubs (we recommend the historic Searsons for a first-night dinner), pharmacies and, surprisingly, health food shops.

From the welcoming and helpful concierge service to the free home-baked biscuits available 24-hours for any late-night cookie cravings, the Pembroke represents Irish hospitality at its very best. The full Irish breakfast, which comes complete with soda bread, black pudding and white pudding, is sublime. 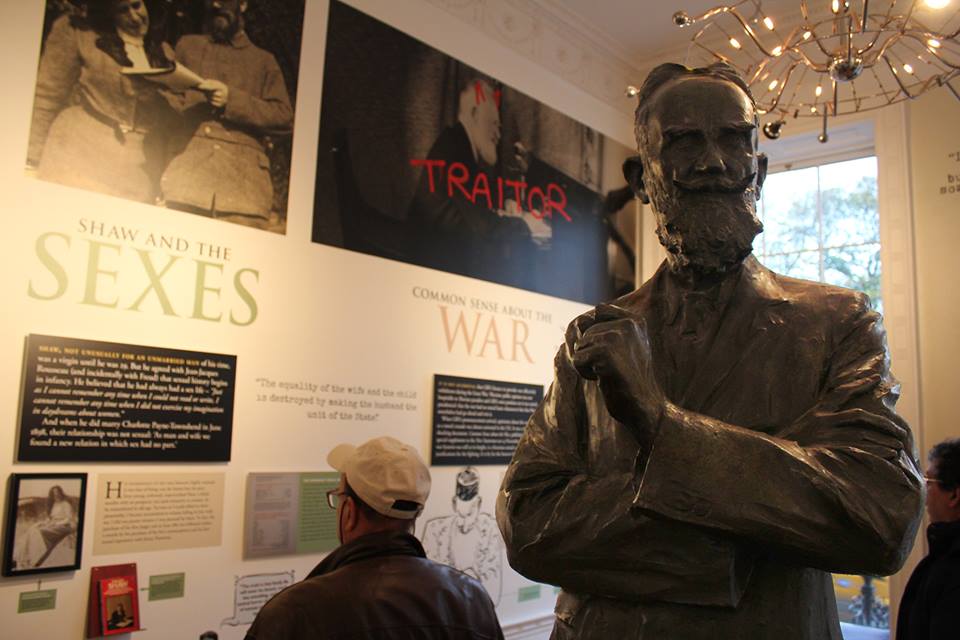 Spend your first full day exploring the city, including a stroll through the Victorian City Centre Park, and St Stephen’s Green, if the weather holds out. The Little Museum of Dublin, just minutes from the park, provides a concise overview of the city’s history. The museum is not as little as its name might suggest; it contains more than 5,000 historical items displayed over three floors. 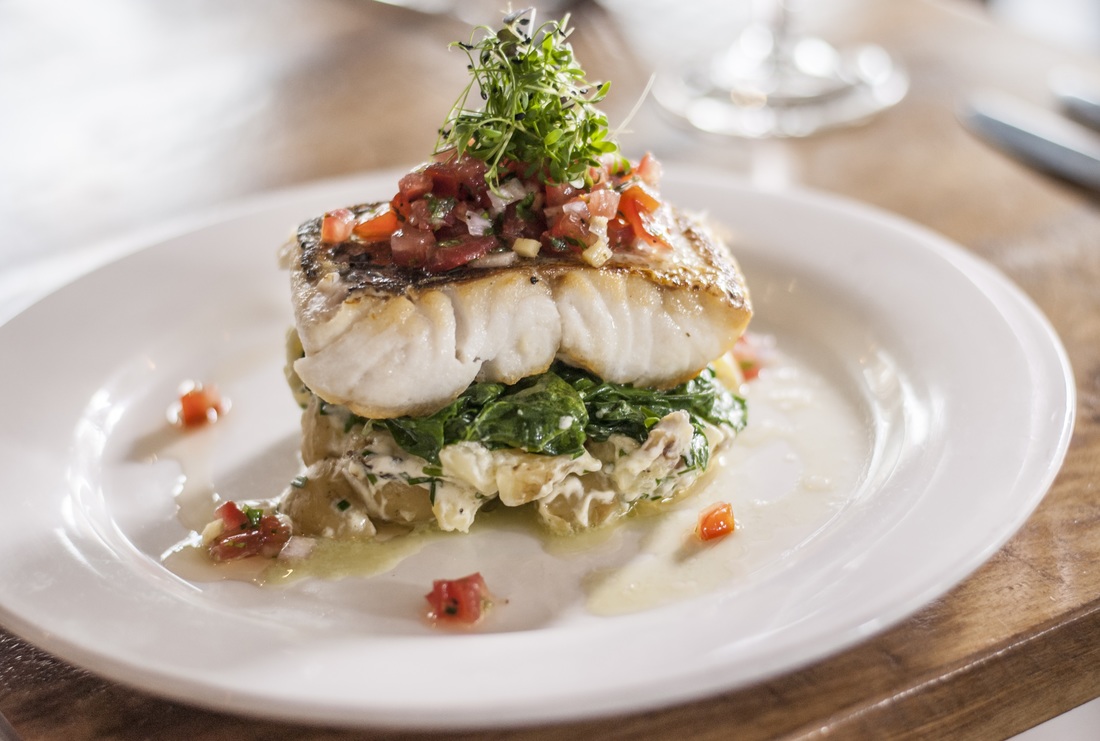 Wander across the river to the effortlessly trendy Smithfield Square for a vintage clothing browse and some lunch at Wuff, a cosy bistro with a chicken salad and cocktail menu that you’ll be dreaming about long after your trip finishes. As a chaser, sample Irish whisky at the buzzy Dice Bar round the corner. For the feline inclined, the square boasts a bizarre, Tokyo-inspired Cat Lounge which offers 90-minute stroking sessions for roughly €15 a pop.

As the evening draws closer, it’s time to escape the bustling city and head to the Irish countryside. The ancient, coastal town of Carlingford, which is less than two hour’s drive from the city centre, is perfect for a one-night getaway.

Carlingford Guide: Where to Stay 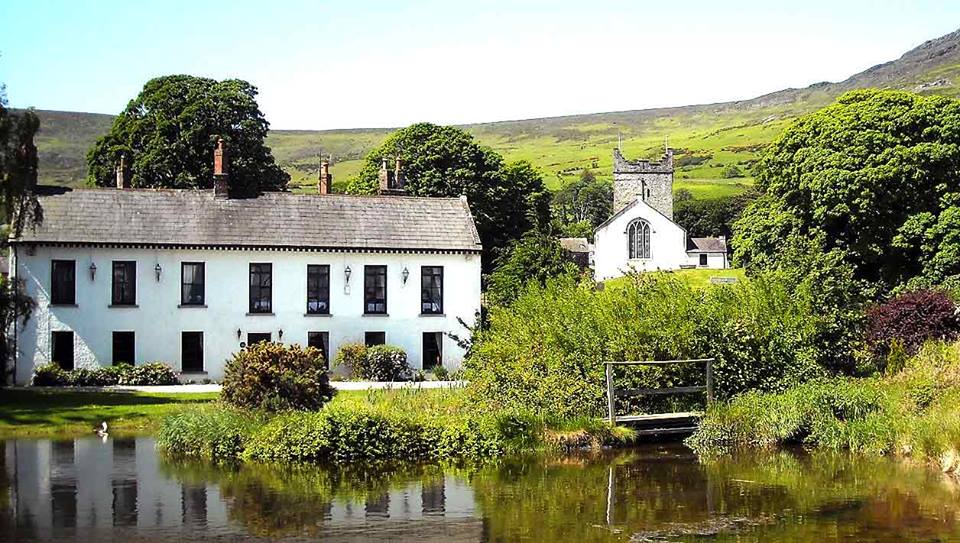 With its walled-gardens, mountain views and convenient location in the heart of Carlingford’s town centre, the family-run Ghan House is hard to beat on all fronts. The Georgian building contains just 12 tastefully-decorated bedrooms (four in the main house and eight in the garden area), as well as an award-winning restaurant led by head chef Stephane le Sourne.

Although Carlingford is not lacking in eating establishments, the hotel restaurant is definitely worth checking out. I opted for a tasty apricot and pork terrine followed by a perfectly-cooked salmon fillet, while my friend was impressed with her Asian salmon and apple tartare and tender lamb shoulder. Dessert — fresh strawberries with rhubarb sorbet — was certainly an extravagance I didn’t need, but nevertheless a delightful one. Breakfast was hot pink Irish smoked salmon with golden scrambled eggs, along with fresh orange juice, goat’s cheese and natural yoghurt from the buffet table.

Bearing the quality of the food as well as its five star customer service in mind, it’s no surprise that Ghan House was awarded Best Country House in Ireland at the Ireland Hotel Awards 2017. 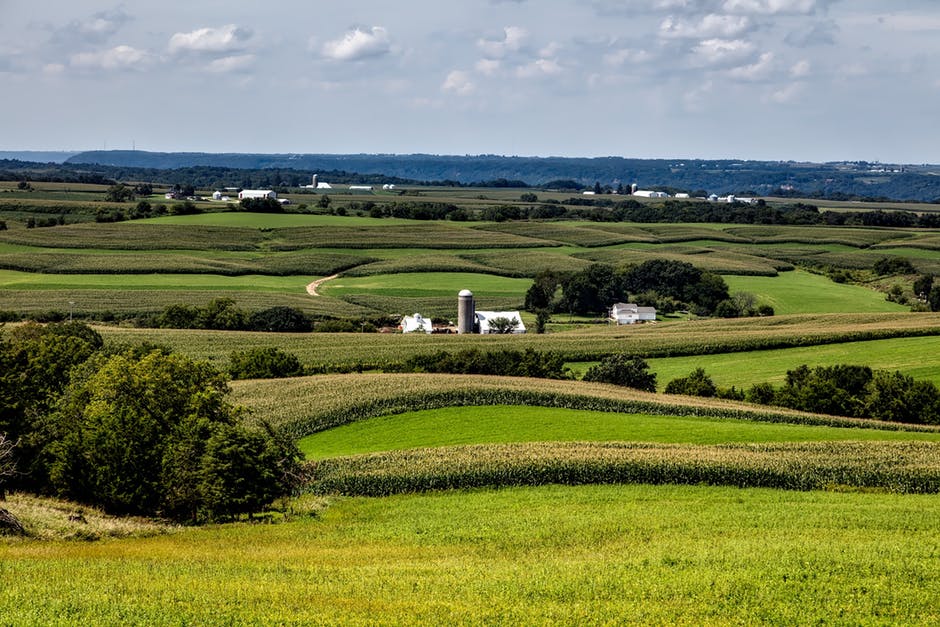 Spend your final day exploring the village and its surroundings. If you’re in the mood for something quirky, the Leprechaun and Fairy Underground Cavern (yes, that’s its real name) is less than 10 minutes from Ghan House and certainly worth a quick visit. The unusual attraction contains various leprechaun-related exhibits in a space that claims to be the “only place in the world that Leprechauns are protected”. For the full experience, time your visit with a guided tour led by “Leprechaun Whisperer” Kevin Wood. 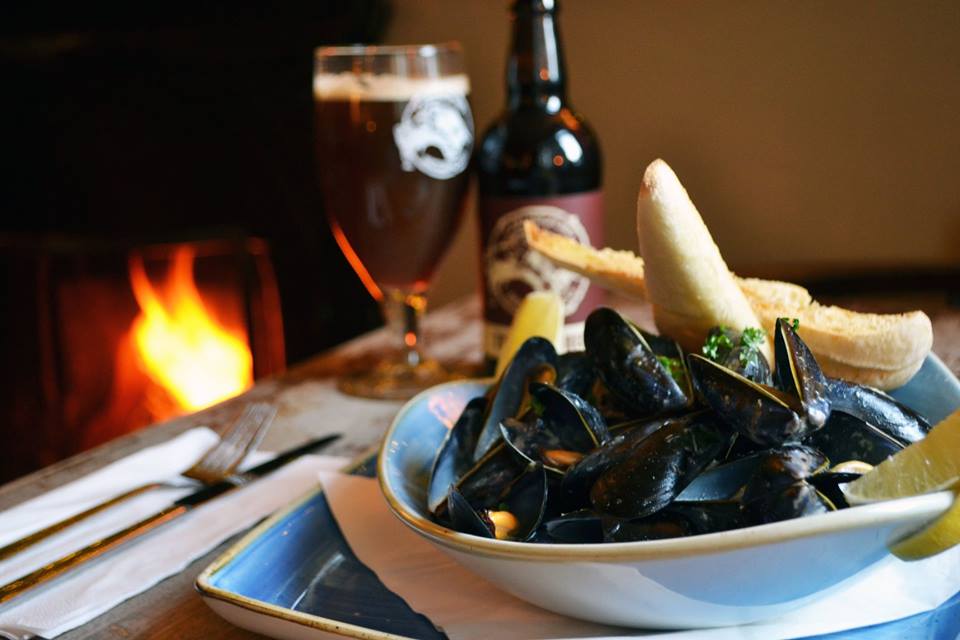 You’ll be spoilt for choice by way of lunch options, although the delightfully dinky Ruby Ellen’s Tea Rooms does a particularly delicious goat’s cheese salad and jacket potato with creme fraiche, crab meat and smoked salmon. Or, if granny-style tea rooms are not your thing, the popular PJ Ohare’s Bar and Restaurant is famous for its oysters (and they’ll pour you a mean Guiness there too).

As the day turns to dusk, it’s time to head back to Dublin Airport, just over an hour’s drive from Carlingford. Your flight home will inevitably be delayed, so grab a free (and futuristic) sleep pod if you’re travelling from Terminal One for a much-needed hour’s kip — but don’t forget to set an alarm.