Last year was the best on record for Portuguese tourism and Lisbon knows she’s among the most popular ladies in Europe. It constantly exceeds the expectations of even the most discerning travellers (and travel writers) and yet, at the same time, Lisbon is a city that works around most budgets: award-winning youth hostels with decoration and comfort to rival many four stars in the city, free modern art museums and enough inventive cuisine to dazzle Ferran Adrià. Here’s our guide to this wicked city:

Say you arrive on a Friday closer to dinner then you do to lunch. Drop your bags at The Independent Hostel, it has only been open for a year and it is a lot more polished that many of the youth hostels you may have encountered on your trips through Europe. It occupies what used to be the opulent residence of the Swiss Ambassador – expect stone archers in the hallway, wood beams dropping from the high ceilings and long communal tables. For your first meal in town why not join the staff? For seven euros you’ll dine with locals and feast on a buffet of home made food. The hostel’s own restaurant, Decadente, is also a great option, the tables spill out into a cobalt terrace and the food is fresh and unpretentious. As for the rooms, they have suites, doubles and privates as well as a six bed dorm, most with privileged views of the Tagus river and all with trimmings of a fine hotel including flat screen tv with cable. 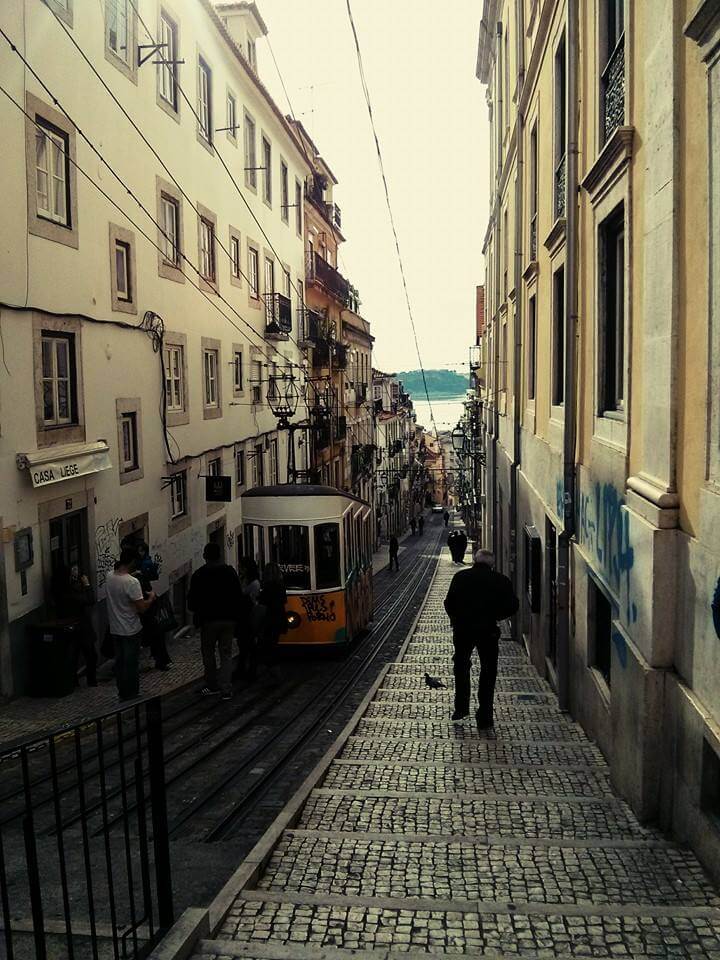 If you’ve never been to Lisbon, you should visit Bairro Alto, Lisbon’s party neighbourhood par excellence. It was all the rage in the nineties and it is still one of the most diverse night districts in Europe: live world music bars share the wall with techno dens and Brit pop pubs in a maze of streets that many born and bread Lisbonites admit not to know the end to. The drinks are cheap and if you like rowdy this will do. A good place is Galeria Zé dos Bois, a 27 000 sq foot palace turned non-profit arts collective or Tasca do Chico, known for being one of the best places to catch some “Fado Vadio”, that fine Portuguese habit of pouring one’s darkest memories into a song without the need to be a particularly good singer.
I feel I should inform you of the maddening ( and maddening young ) crowds that populate the Bairro these days. More discerning punters (or just anyone above the age of 20) now head to Bica, a steep street served by a gorgeous funicular where several great bars have opened up recently. Pai Tirano (Tyrant Father) in the middle of a flight if stairs on one of the side streets, is fiercely alternative: if they’re going to play The Strokes, they’re not going to play the smash hit Last Night. If you wonder a further down, in what used to be the Lisbon’s red light district, you’ll find Pensão Amor, a refurbished old brothel now sporting a classic-naughty burlesque decoration.

Brunch with a view 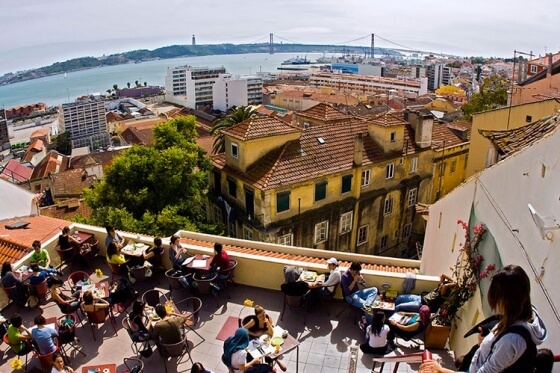 So, it’s Saturday and you have had a few drinks in one (or several) of the aforementioned bars. That – and life itself, really – becomes perfectly workable when you sit down at Noobai, a coffee shop, deli and restaurant which gives many a posh roof bar a run for their money – with great views of the river, a menu that changes everyday and attentive staff , Noobai is a bit of an institution and it was one of the first places to embrace the brunch revolution in the most cosmopolitan fashion. We ordered what turned out to be a gigantic bowl of muesli with layers of ripe fruit and Greek yogurt topped with guava compote and what they call the “energy brunch”: basically a full English with eggs, bacon, grilled tomatoes and mushrooms, bread and an – odd and welcome – poached pears and cottage cheese.

A great way to see Lisbon is to hop on the famous old Tram 28 – it’s almost a brand now and a very touristy experience but there’s a reason why it’s so popular. Get from Praça Luis de Camões (really close to Noobai) to the castle and wonder through the narrow, ancient streets of Alfama (Lisbon pre-dates Rome by a good 400 years) until you find the flee market – Feira da Ladra or “The Thieves’ Fair”. It’s only open on Tuesdays and Saturdays and we don’t know how many vendors these days are trying to pass on stolen goods, but the range of stuff on display is impressive – vintage clothes and leather bags, rusty locks and keys, old pie-crust mirrors, framed photographs of people we don’t know, the full uniforms of Portuguese soldiers during the Colonial War. 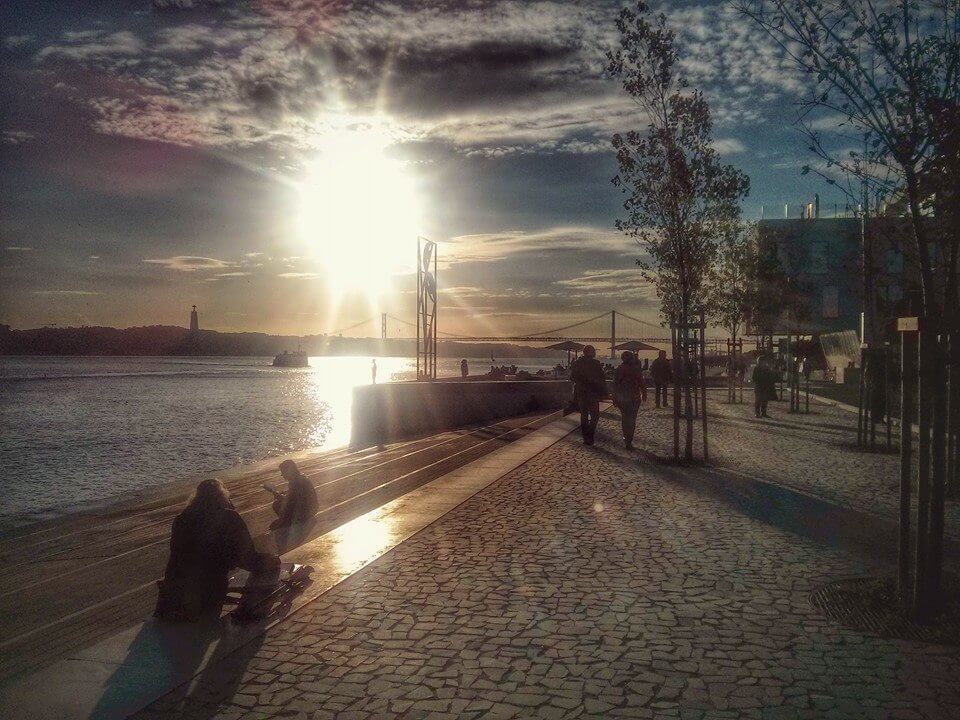 Lisbon’s downtown and Praça do Comércio, the capital’s main square are great places for a stroll. Following the epically destructive earthquake of 1755, most of Lisbon had to be completely rebuilt including the huge U”-shaped square and its arched cloisters that seem to go on forever. It’s sunny 85% of the year and the riverfront has just been completely redone, there’s bars, pop up shops, live music, etc. Walk up to the riverfront and back for an espresso at Martinho da Arcada, a coffee shop which was practically the second home of Fernando Pessoa, Portugal’s most loved modernist poet. He moved to South Africa at very young age so his first language was actually English. If you find a collection of his poems buy it, it’s timeless and it will give you a good idea why Portuguese people are so nostalgic and taciturn, compared to our southern European friends. His notebook and coffee mug are still where he left them.

The Fashion and Design Museum (MUDE) is right in the beginning of the Rua Augusta, Lisbon’s main pedestrianised street and although it is only five years old, it is now one of Portugal’s cultural powerhouses. Starting from April you’ll be able to visit Unique and Multiple, an exhibition showcasing the history of the 20th century through everyday objects that, back then, were the future.

Perhaps you should get to know the neighbourhood where you’re staying: Príncipe Real, the creative heart of Lisbon. Some of the city’s best independent designers’ shops are dotted around this area and a good place to start is Embaixada, a neo-Moorish palace from the early 19th century transformed into a creative space for established and upcoming creatives. If you didn’t have breakfast yet try the in-house deli, Le Jardin. You can start rummaging now. Some of Portugal’s best loved fashion designers have stores here: Amelie au Theatre and Storytailors are mandatory stops. There’s also a dedicated Moleskine shop and Urze, a shop selling locally designed and produced adventure and outdoor clothing. 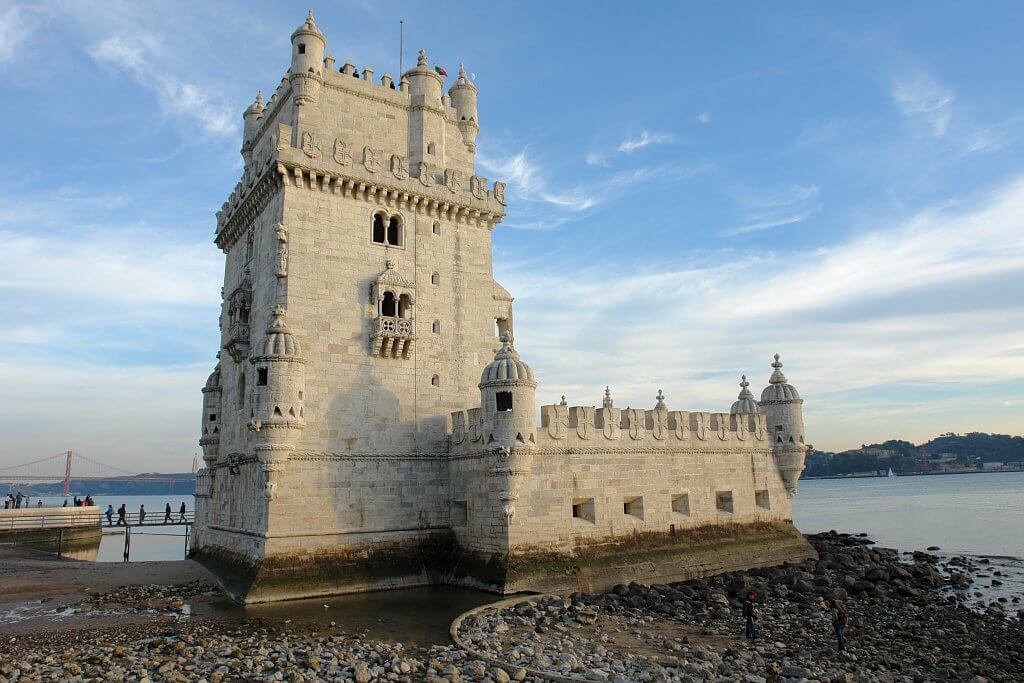 Spend your afternoon in Belém, the leafy historical suburb of Lisbon, from where the sea explorers sailed towards the unknown shores of what we now know as Brazil and India. A must see is the Jerónimos Monastery, built in the Manueline tradition of incorporating maritime motifs into the constructions: most pillars, doors and archways were diligently and masterfully carved with ropes, anchors and star fish. Cross the Imperial Gardens in from of the Monastery – often buzzing with a weekend arts and crafts fair, to Torre de Belém, another world heritage monument, and another miraculously preserved example of the highly decorative Manueline architectural style. When it was inaugurated in 1521, the tower would have been much further from the shore as the the earthquake of 1755 shifted the river’s course. Within walking distance you have yet another popular attraction: the Berardo Art Collection Museum: it’s not everywhere that a millionaire opens the doors to his living room for you to enjoy Warhol, Dali, Duchamp, Magritte, Miró, Bacon, Jeff Koons or Picasso for free, everyday. 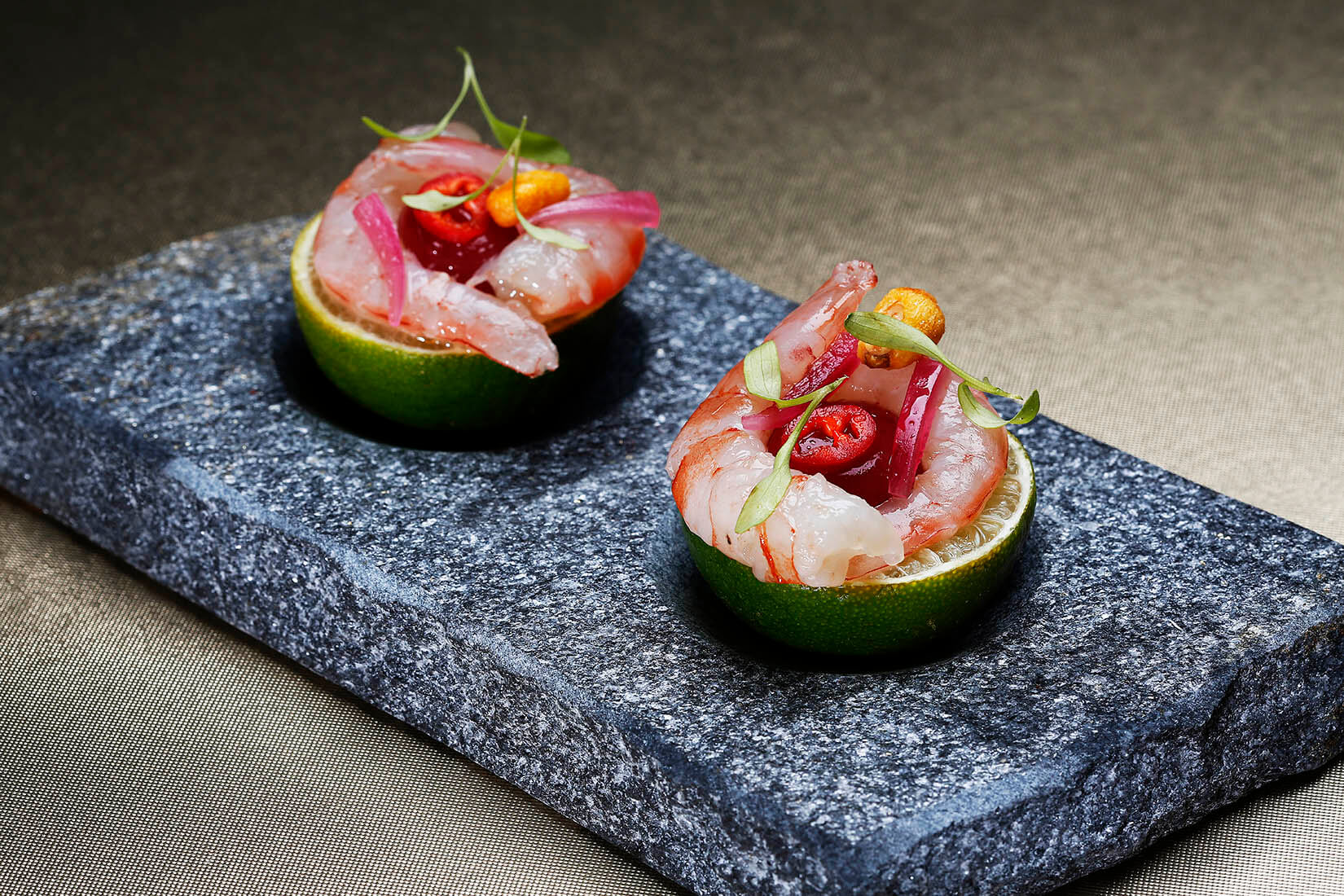 Head back to town and stop at Mini Mar, the latest addition to Michelin-starred Jose Avillez incredible portfolio. He is a bit of a celebrity in Portugal, very young for his achievements, but he still spends most of his day in the kitchen. Mini Bar is a sophisticated restaurant and bar with informal service nested inside Sao Luiz Theatre, right in the heart of Lisbon’s Chiado. Avillez follows the tradition of great chefs like Ferran Adrià, from the legendary el bulli, which devote their lives to creating food that could prompt an emotional response in the person eating it. We all have memories attached to flavours and smells and Avillez plays with it masterfully in this hidden Lisbon gem. 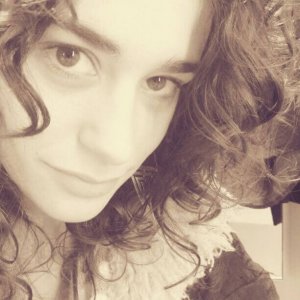 Ana is a Portuguese-born reporter based in London covering mostly travel and European politics. Although she wasn’t born on this shores, she is a hard-core Anglophile and most of her publish work is in English. Her work has appeared in The Daily Telegraph, Monocle and The New Statesman.