If you want to eat, visit Portland. Man alive, this place is overflowing with food options. Like many American cities, food forms the backbone – and Portland is no different. A city with vast and forever changing eating options, and a melting pot of homegrown talent; Portland is home to an eclectic mix of street carts, casual spots, high-end restaurants and independent haunts.

Food is the beating heart of Portland and it shows: restaurants are proud to show off their locally sourced, seasonal produce, and artisan producers are at the forefront of an exciting and diverse movement showcasing the best homemade goods right on Portland’s doorstep. Whether that’s hot sauce, cuts of bison raised in the city’s suburbs, honey or home-brewed kombucha – you can get your hands on incredible things.

We headed to Portland with an empty stomach and trousers that now don’t fit us. But hey, we’re ok with that. After eating ourseleves silly for five days straight – we can safely say this: if you ever go to Portland, you’re in for a delicious time. We never had a bad meal. Even our afternoon pitstops of picking up a cup of hot Joe and a sweet bite never failed to put a smile on our face. Think of this as our foodie love letter to Portland: 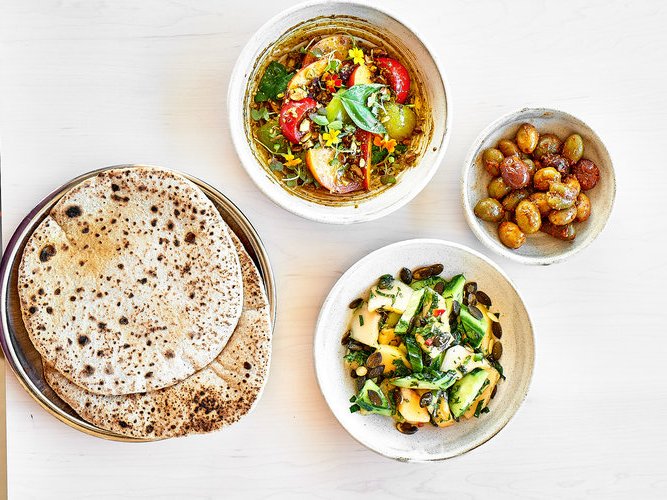 The Lowdown: Pair Middle Eastern inspired brunch fare with the prettiest breakfast cocktails and you end up with Tusk, an uber chic all-day spot with a weekend brunch menu of happiness-inducing grub.

Order: Cake for breakfast? You betcha. Their gooey pistachio cake is incredibly light, but their poppy seed creation (served warm FYI) is like jubilation served in cake form. Don’t miss the Dutch Baby topped with apple, date syrup, and candied pepitas, and the baked eggs in a hearty tomato sauce, with lashing of tahini for extra oomft. And The Hazy Jane is bliss: a muddle of Reyka vodka, yogurt, almond, lemon, cinnamon, rose water and black cardamon.

For a Toast-Centric Menu: Cup and Bar 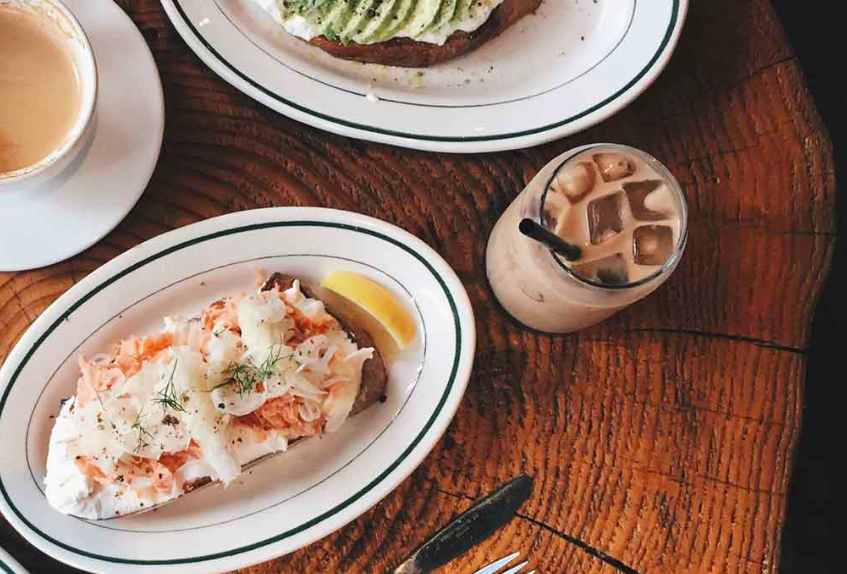 The Lowdown: Already a hit with the coffee loving community of Portland, Cup and Bar is a coffee roasters, cafe, and chocolate shop all under one roof. There’s counter tops full of cakes, and a toast-centric menu featuring classic sweet and savoury combinations.

Order: Their avocado on toast is presented like some sort of art project: perfect slices of avocado layered Tetris-like on lemon ricotta and sourdough. The peanut butter and banana on toast is another cracking order – and if you just fancy a slice of the good stuff, opt for the coffee cake topped high with cinnamon crumble. 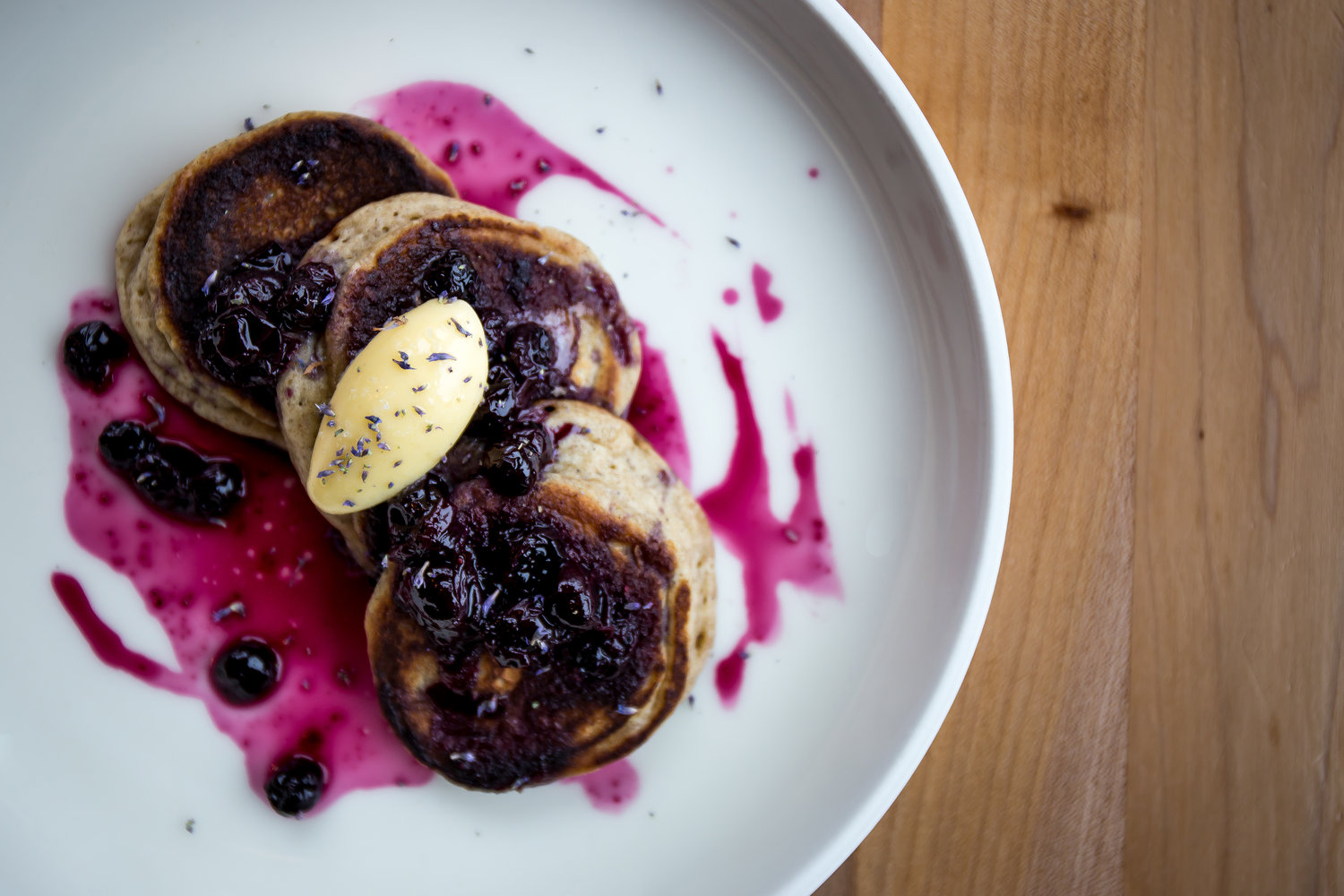 The Lowdown: Located on a quiet street on the north side of Mt. Tabor, Coquine’s rustic, farm to fork menu has been sending people into overdrive since opening in 2015. The French inspired home-style cooking has been lauded by critics, Portlanders and anyone else who cares to listen. Their dinner is fab, but breakfast is a must.

Order: Salty, smoky and chocolatey all in one bite – the chocolate chip cookie with smoked almonds is not a breakfast dish, but it’s imperative you pack one in your bag for an afternoon treat. The egg and bacon brioche bun is fried with a ton of butter, and it’s stick to your ribs, wonderful. There’s also plenty of veggie and vegan options and for a dairy-free milk, their homemade almond hazlenut milk is God-like. 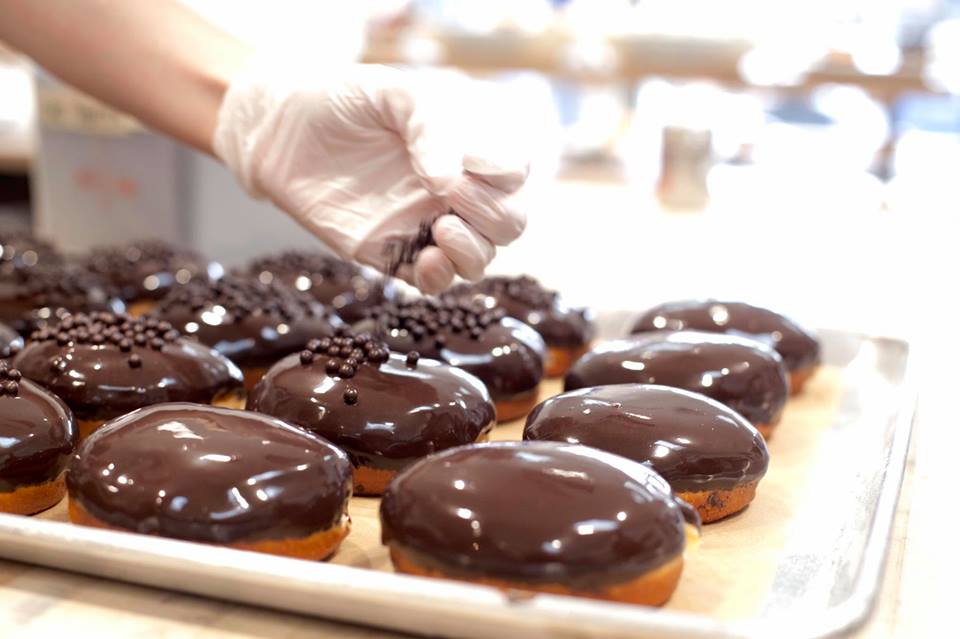 The Lowdown: Blue Star Doughnuts have two power moves: doughnuts and coffee. With four locations in Portland and no doubt more in the pipeline these guys have been spawning like rabbits. And for good reason. Where else can you wolf down slow-rise brioche shells filled with fresh fruits, herbs and spices, and even alcohol?

Order: The maple and bacon doughnut is all kinds of naughty. Think a sweet maple glaze covered in nubs of salty bacon. And the creme brûlée doughnut is like some sort of dessert dream; a thick, tangy custard filling, a hard, sugary glaze and a pipet containing a shot of cointreau. Ya’know, just for good measure.

For an Institution: Voodoo Doughnuts

The Lowdown: People queue for hours to get their paws on Voodoo’s fried goods: their doughnuts. Believe what you’ve heard, believe the hype, believe what you’ve read on the internet – Voodoo’s doughnuts are something from fried heaven. We don’t believe in queueing for anything, so hit up Voodoo late-night for your doughnut fix, and bask in no lines around the block. Warning: the doughnuts will make your tastebuds sing.

Order: There’s up to fifty doughnuts on the menu – so pick wisely. The triple chocolate penetration will penetrate your mouth with chocolate cake, chocolate frosting and cocoa puffs. There’s also doughnuts with Fruit Loops, Captain Crunch, Oreos and just about any sweet bite you can stick on top of dough. And their vegan doughnuts are fantastic. 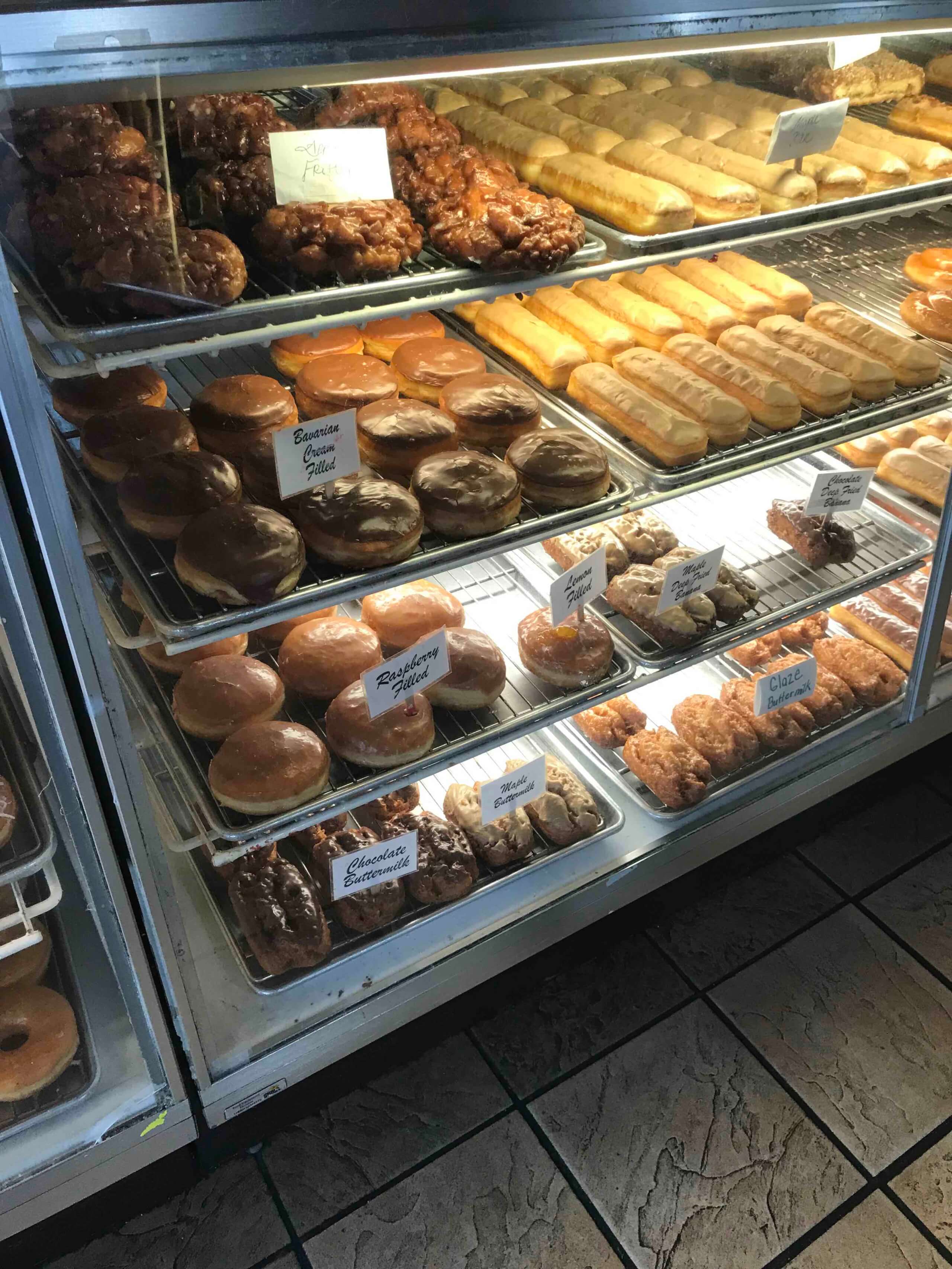 The Lowdown: Overshadowed by the trendier, cooler doughnut spots, Angel’s doughnuts (formerly Tonalli’s) is an old school eatery which hasn’t change since opening in Portland many moons ago. Their cabinet is stocked with freshly made doughnuts that are a work of edible art. Glazes lovingly covered all kinds of doughtnuts: rings, fried and eclair-like beauties. Sticking to the classic flavour combos, this is proper doughnuts, done the proper way.

Order: Get a box. A whole box. Because this wonderment needs to be enjoyed time and time again. Work your way through their classic chocolate covered ringed doughnut before making your way onto their crunchy apple fritter doughnut. Their cinnamon buns, which are comically large, is the afternoon sweet treat your life has been missing.

For Ice Cream: Salt and Straw 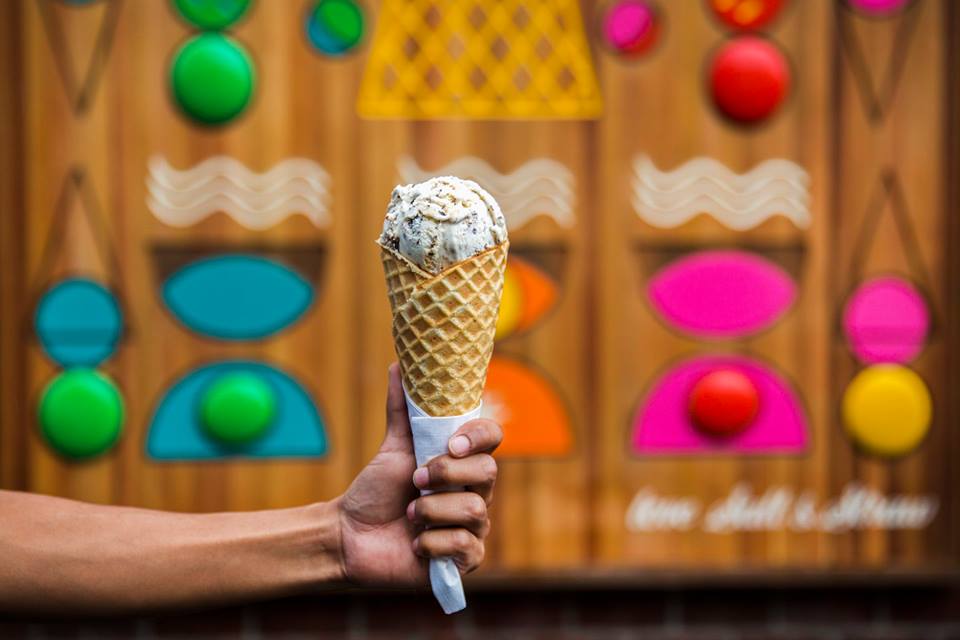 The Lowdown: Another place Portland natives like to queue for is Salt and Straw – an ice cream institution. In the cold embrace of winter and the warmer climes of summer, this place is always booming. They’ve raised the standard of ice cream, and no one has come close to their creamy creations.

Order: Their flavours are an ode to portland, and there’s plenty to choose from. Chocolate gooey brownie, almond brittle with salted ganache, sea salt with caramel ribbons, strawberry honey balsamic with black pepper, and pear and blue cheese are just a few on their menu. 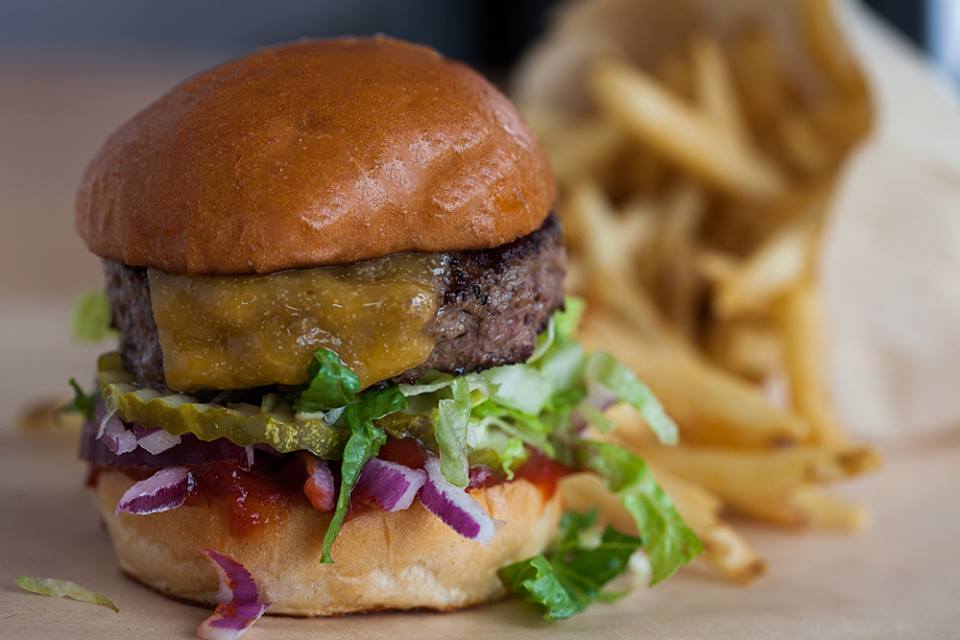 The Lowdown: The West Coast has In ’n’ Out Burger, but Portland has Big Little Burger and that knocks all the meaty competitors out the water, mainly because their burgers are made from organic, sustainable beef that is both tender and juicy. Everything is made fresh to order, and you an really taste the quality of ingredients here.

Order: As the name suggests, the burgers are smaller than your regular patty, but we think they’re just the right size. The cheeseburger is an undisputed classic and for under three dollars, their truffle fries are utterly moreish. They have regularly rotating specials, and if you’ve been blessed by the burger gods – hopefully The Ringer Burger is on the menu. The flavours are relentless – crispy bacon, melted Cheddar cheese and a healthy heap of caramelised onions.

The Lowdown: If Departure was a person, we’d make love to it. Daily. This upscale eatery in Downtown Portland is a caphony of tastes, with the Asian fusion menu bringing together tastes and flavours from South Asia and beyond. It’s bold, it’s shouty, it’s boisterous – and good grief, that’s why we urge you all to visit.

Order: We like to think of ourselves as wing connoisseurs, and the chicken wings at Departure are unlike any white poultry finger food we’ve ever consumed before. For more meaty thrills, the steak sushi is unspeakably delicious and the beef steamed buns are everything you could want from a fluffy bao bite. We could go on, we really could. If the holiday budget allows, just order as much as your stomach can handle – everything is excellent. And they’re great for accommodating dietary requirements. 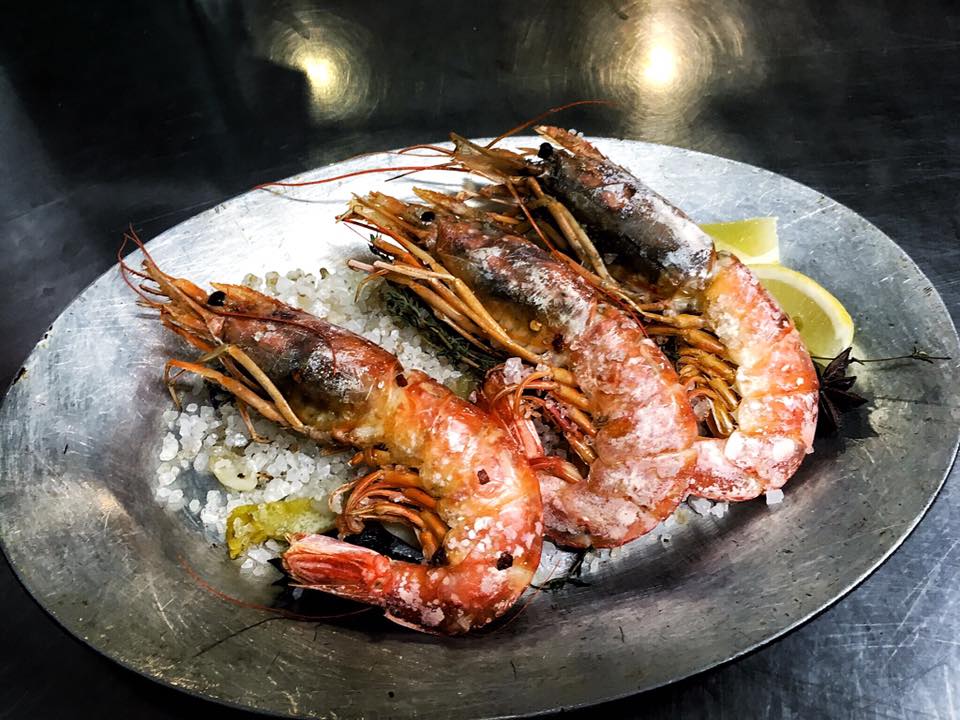 The Lowdown: A vibrant atmosphere, bar seating and tapas dishes served thick and fast out of the kitchen – Toro is a festival of Spanish flavours. The menu of pintxos, tapas, charcuteria, and raciones changes daily based on seasonal variations, local farmers’ produce, and the kitchen crew’s inspiration

Order: After working our way through the majority of the menu, we now have good conscious to say this: every dish is a certified banger. Flat bread with black truffle cheese and arugula is crunchy and decadent. The ox tail croquettes are rich. And the chocolate fondant with ice cream is filthy (in a good way). 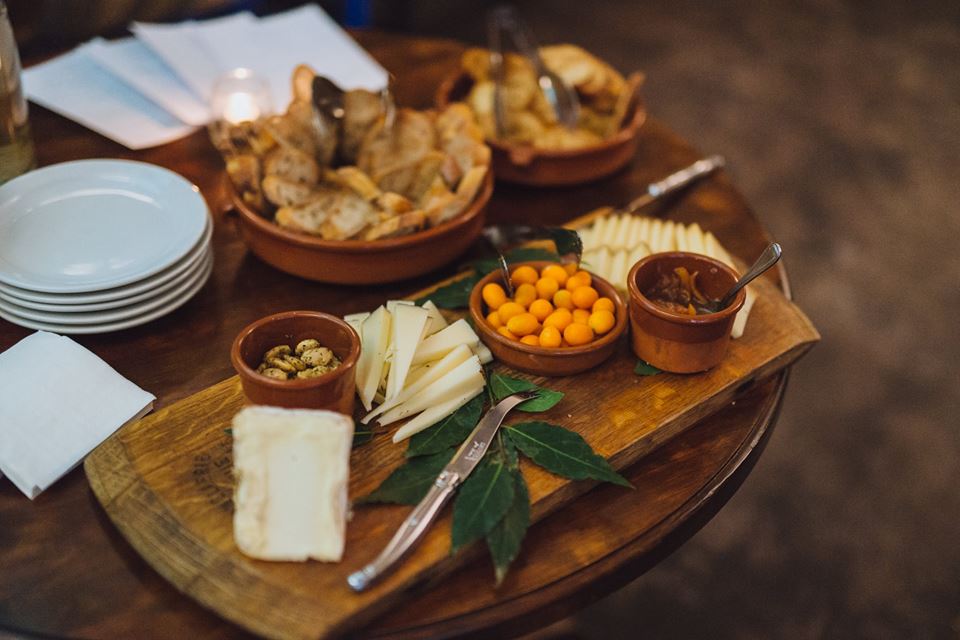 The Lowdown: Keep this place in your little black book, because Oui! Wine Bar + Restaurant at the Southeast Wine Collective is still an undiscovered gem with heaps of going for it – not just their vino. The menu is based around wine pairings and they’ve really made an effort with their food offering.

Order: Start the meal like every good meal should – with curry hummus topped with jalapeño and pickled raisins. There’s a smattering of light and healthy dishes such as the kale salad with sheep’s feta and shaved beets, and the carrots with sunflower seed butter. Heartier mains come in the form of the pork loin and half roasted chicken. And we’ll be back for the gnocchi.