Every year on December 1st I bring out my party blazer. It’s a Matthew Williamson collaboration with H&M from 2009 with geometric checks of shimmering red, yellow, blue and green. It’s tinsel was tasteful and came in blazer form it would look like this. This year, I wore my December blazer to five parties. At one party, a man offered to buy it off my back for £500. I decided it was better to decline £500 and tell everyone about it than accept £500 and spend it on January’s tax bill. A decision I since regret.

December in London is a magical time of parties, togetherness, joyfulness, but also one of reflection and excess. January 1st rolls around and suddenly everyone decides that all the fun and frivolity they enjoyed in December was under false pretences and in fact, they hate their bodies and their habits and everything must change. And so begins the long trudge towards spring. The lucky few winter in the Caribbean or spend a week on the slopes, but for most of us we cut back, we self-impose impossible restrictions on our own happiness and we pray for May.

On February 1st, the hashtag #FinallyFebruary was trending on Twitter with the caption; “Dry January is over, the days are getting longer and we’re one step closer to that fabulous spring weather.”

If we assume the four seasons of the year account for three months each, then spring is March, April, May; summer is June, July and August; autumn is September, October, November and therefore winter is December, January, February. So, why does enjoyment of winter end so abruptly on December 31st? Why do we all put away our metaphorical party blazers when we only a third of the way through the season? 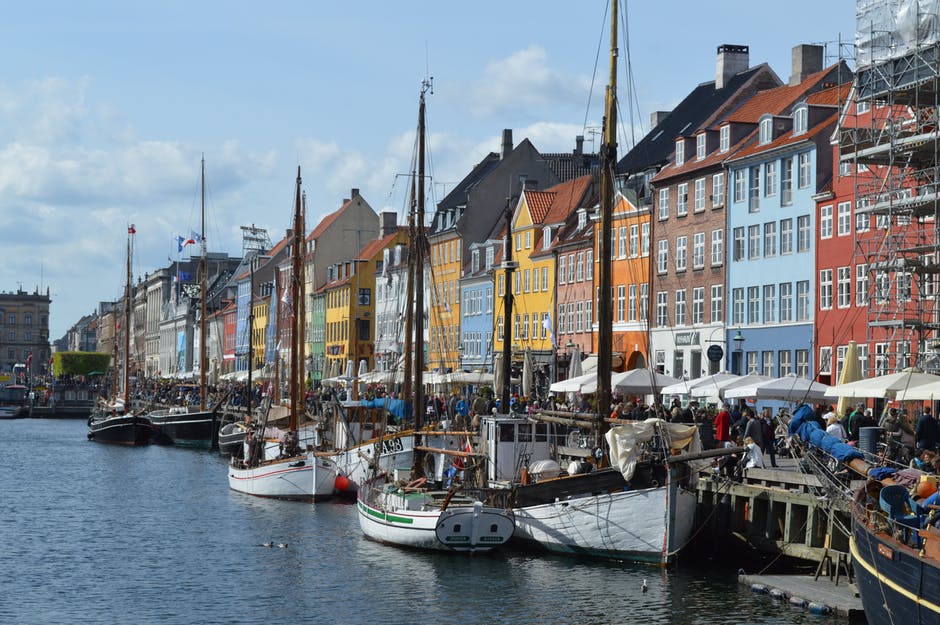 In 2016, The Little Book of Hygge: The Danish Way To Live Well by Meik Wiking became an unlikely worldwide hit. Hygge literally translates to cosiness, warnmess and togetherness and the Danes see it as the remedy to the winter blues. I visited Copenhagen for a weekend on a hygge hunt to find out how it’s possible the Danes are so happy in January.

Copenhagen Express Guide: Where to Stay 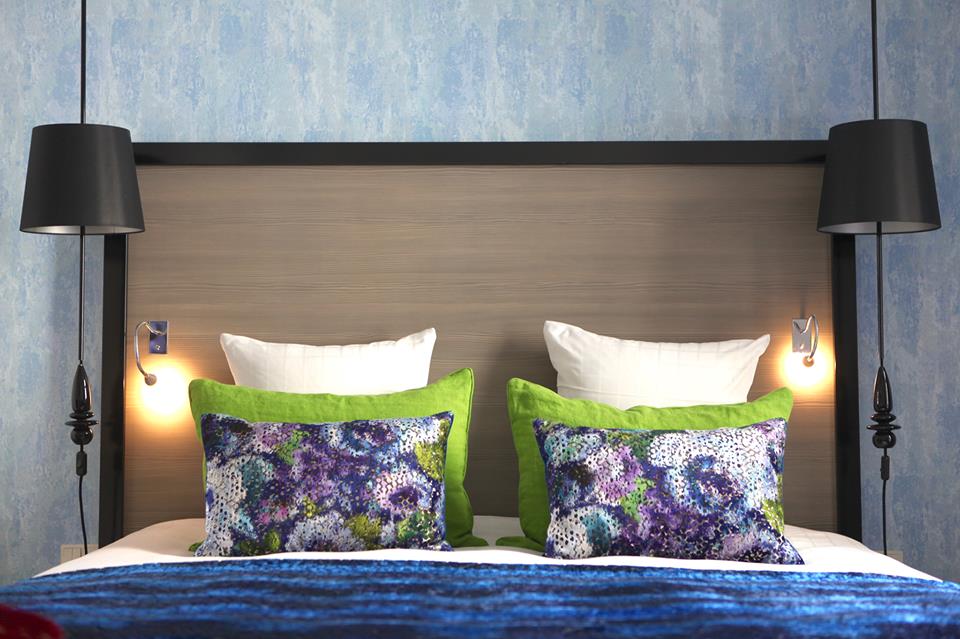 Norwegian Airlines will fly you go Copenhagen from London for under £100. The flight is listed as 1hr 55mins, but a helpful headwind got us there in 1hr 25mins. Passengers step off the plane and into a small reception area with shops, restaurants and toilets before they go through passport control, which I felt was very trusting and welcoming.

We bought 35 kronor train tickets for a 3-stop 12 minute train journey to Copenhagen Central Station. Have you ever heard of a shorter airport transfer time? 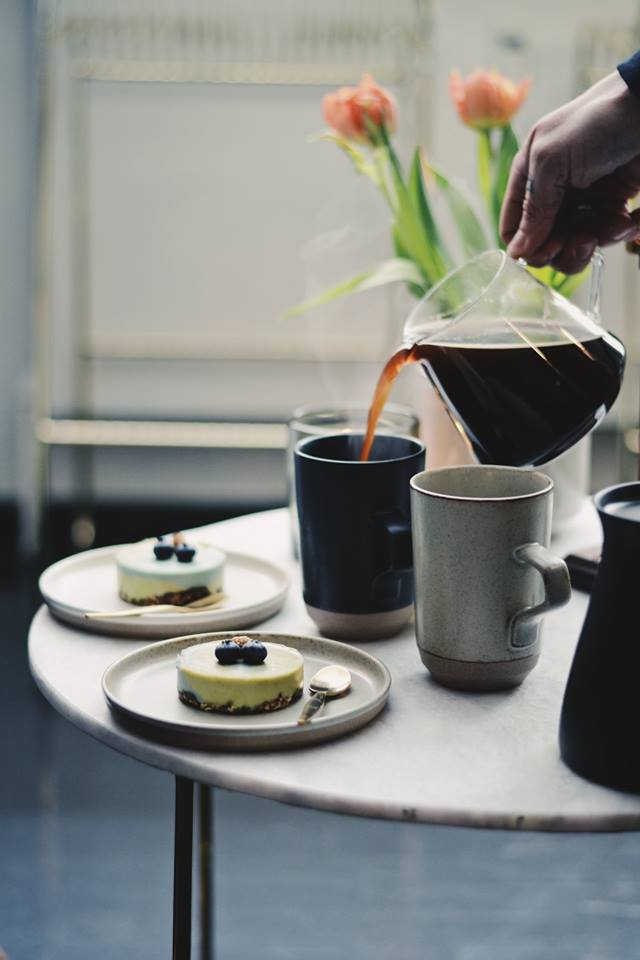 We stayed in The Andersen Hotel, which is a two minute walk from Central Station. The overall journey time from stepping on the plane to the hotel check-in desk was two hours. And that was supposed to be the flight time! The Anderson Hotel is exactly what you need for a city break. The staff were exceedingly friendly, the room was spacious and the morning buffet was well stocked with the right blend of continental classics and traditional Danish breakfast foods – pickled herring before 10am is an experience.

The hotel recently launched Concept24 whereby guests can check out at any time. This is ideal for a weekend break when you want to make use of the Sunday before the flight home in the early evening. However the best thing about the hotel is the location. You’re right next to Tivoli Gardens – the extraordinary amusement park, and you’re on the fringes of the Meatpacking District with all the cool bars and only a short bus journey away from all the other delights of the city.

Copenhagen Express Guide: Where to Eat 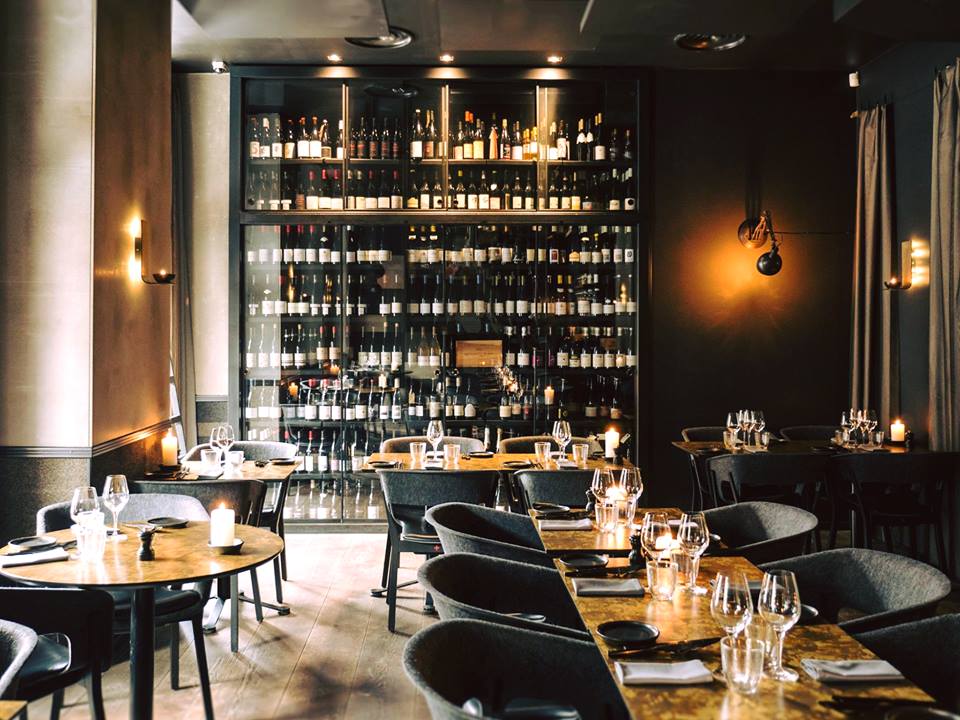 We arrived (early), dropped off out bags and set out to dinner at the highly recommended, Uformel. We were greeted by two enormous wardrobes full of winter coats. There was no check-in or tag system. We didn’t have to rootle around in bags hoping we had a pound. This sounds trifling, but it was the first example of preparation and acceptance of the harshness of the winter. It’s cold. People wear coats. But we trust each other enough to leave out coats in a communal space without the security of a ticket system.

Uformel doesn’t look much like a restaurant: it looks far more like a trendy wine bar. The far wall is covered with a floor to ceiling bookcase of bottles and the candle-lit tables offer a more intimate feel, despite the bustle of the plates from the kitchen. 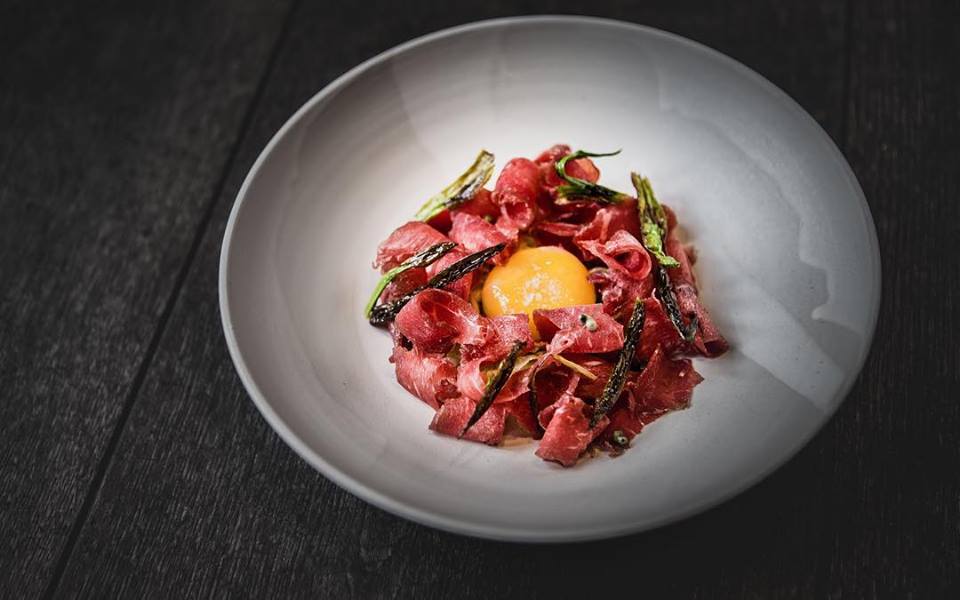 Around 75-80% of visitors to Uformel choose the wine pairing option. The waiters were never without three bottles in between the fingers of one hand – almost as if they were being magnetically pulled towards near-empty glasses. The wine pairings were excellent throughout the meal. They truly complemented the food and it’s impressive to consistently pair French wines with hyper-local fresh produce. 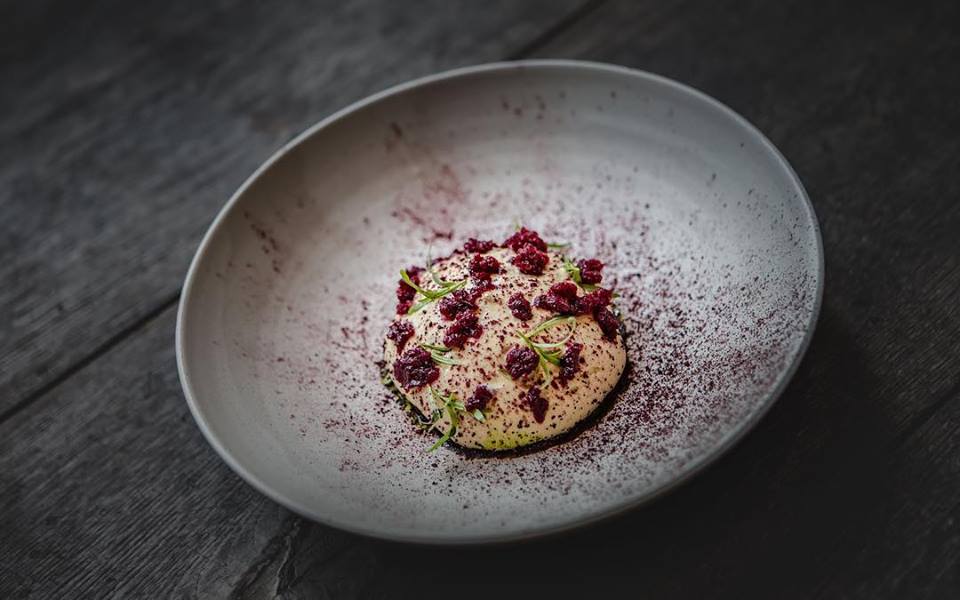 The first course was a cerviche of cod with pickled fennel and a herb emulsion and the second a tartare of beef with anchovies tomatoes and cress. Both courses were superb, exhibiting new nordic freshness. In the winter, we Brits tend to crave comfort food and steer towards piping hot winter warmers.

In the UK, it’s almost unheard of to have two out of the four courses of a meal in January served cold, but for me this is just representative of the Danes superior attitude towards winter. We want to be hot, when it’s not. They want to sprinkle snow on their starters. Nice snow. Remember, like when it snows at Christmas and everyone thinks it’s wonderful and sings songs about it. Not like when it snows after Christmas and its suddenly The Beast From The East and Storm Emma grinding Brexit Britain to a halt. Bloody post-Christmas snow coating the horizon in thick white weather blankets and getting kids off their phones to play outside. 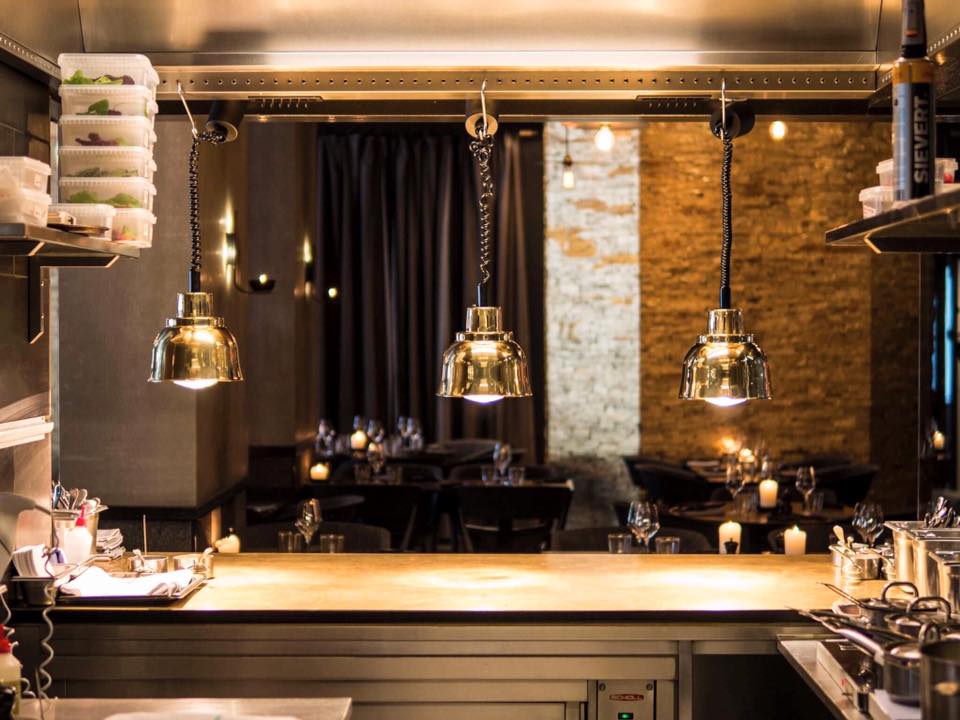 Uformel and the Danes just get on with it. They serve seasonal fallow dear with pickled pear, roasted parsley root and smoked lard on dark porcelain plates to complement the perfect lighting. They give you apple calvados from Finland and long pepper schnapps from Indonesia. Oh, and they give you crusty warm bread and herb butter to die for.

Please visit this restaurant. It will leave you warmer inside and the cold outside won’t hurt so much.

Copenhagen Express Guide: What to Do 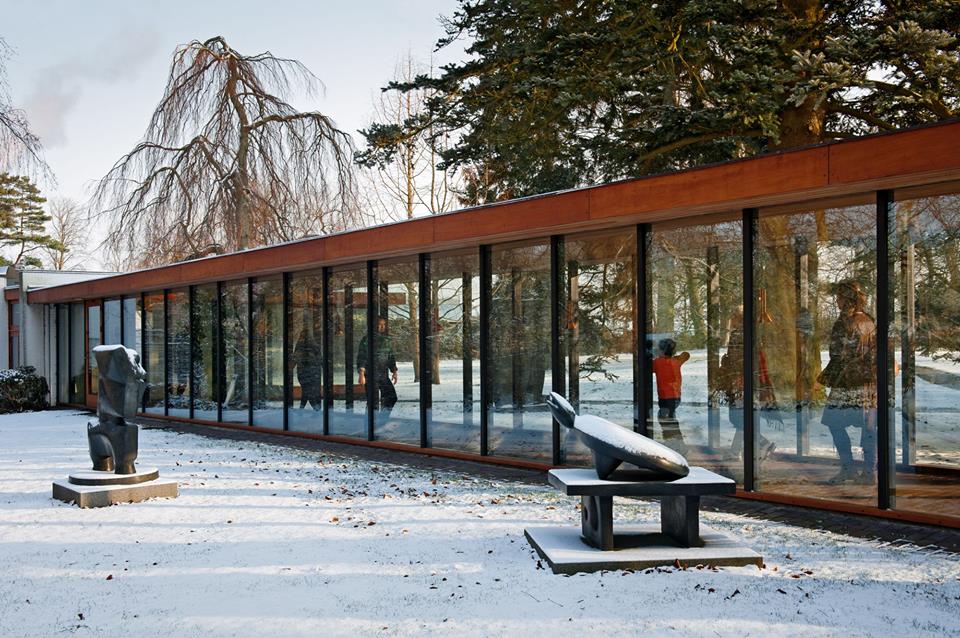 In terms of activities, I really recommend buying a Copenhagen card. It guarantees you free public transport and access to the city’s top 80 tourist sites. You can even use it to take a half hour train north to the Louisiana Museum of Modern Art – a sprawling set of walkways and mini-galleries exhibiting contemporary Scandinavian sculpture, art and mixed media with the occasional appearance from the household names of Pollock, Warhol and Lichtenstein. 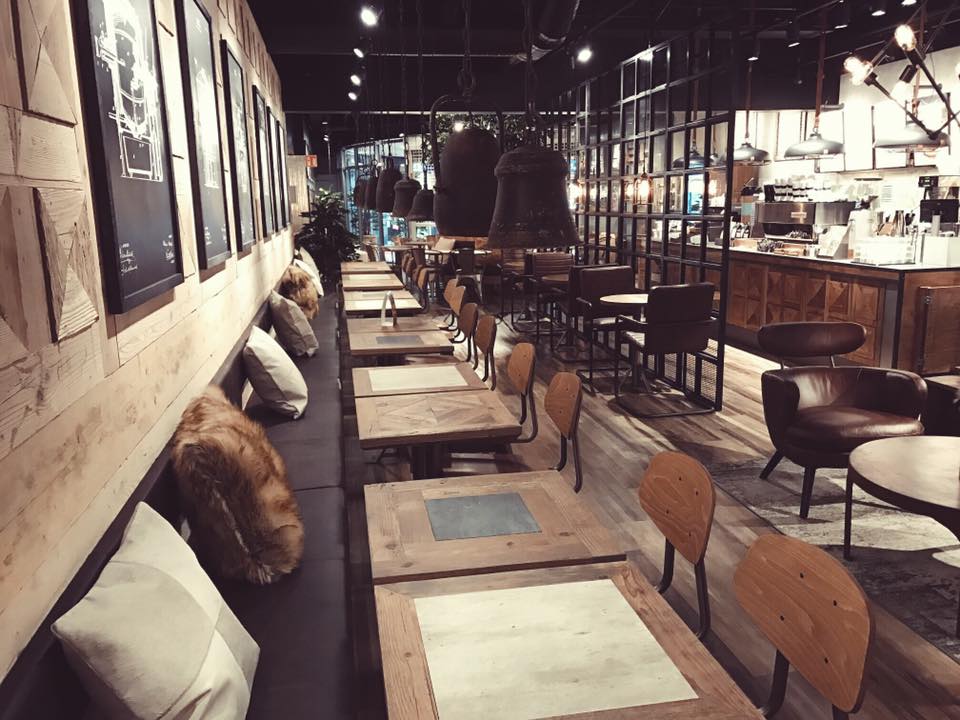 I’ve never visited a country with such perfect lighting. Even Espresso House, which is a chain similar to Starbucks, has no downward lighting, plenty of Edison bulbs and blankets on the sofas. Why has no one told Costa that it doesn’t matter how warm the milk is when their dark glazed pine tables feel more like a jail cell than a coffee house? Special mentions must go to Cafe Auto (Griffenfeldsgade 22, 2200 København, Denmark) and Kaffee and Vinbaren (Elmegade 4, 2200 København). 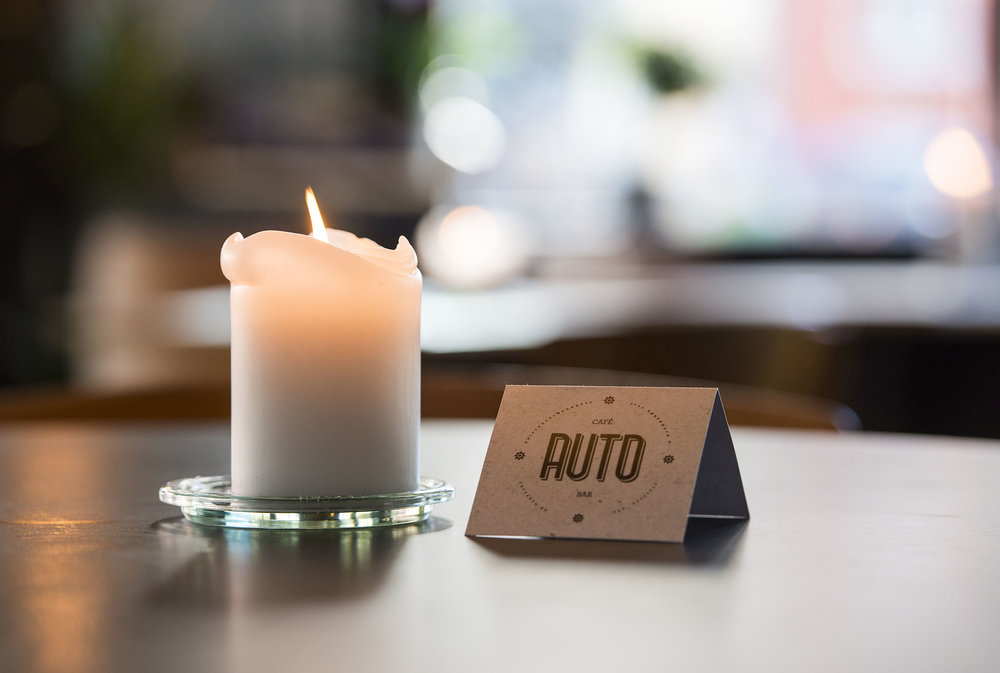 One translation of hygge is kindness to yourself. Brits don’t do this. They binge or they abstain and trap themselves between two forms of unkindness. Danes would say one or two beers is good, but zero beers and ten beers are just as unkind to yourself as each other.

We swing between high Fridays and low Mondays; drunk and hungover; superfit and slob; dieting and scoffing; flush and skint. We chase nirvana, then pay for it with credit from the next day, week or month.

I’ll leave you with a little story I wrote. Let me know if it reminds you a bit of Hans Christian Anderson. A Danish mother reads this line from her battered childhood copy of The Lion, the Witch and the Wardrobe to her seven-year old child.

“It is winter in Narnia,” said Mr. Tumnus, “and has been for ever so long…. always winter, but never Christmas.”

“But Mother, I don’t understand the problem”. Why do these spoilt English children only care about receiving presents?”`

“Well Andreas, it’s actually not only the children. In England, their parents only enjoy winter until they have eaten and drunk themselves into glycemic shock in the last week of December. After that, they want it to be summer again.”

“But Mumma, can’t Edmund and Lucy just have friends over, light some candles and cuddle up and read a book like happy little Danish children? I don’t understand why they need a suspect fat man to come down a chimney and to give them plastic toys to be happy?”

“But they aren’t happy. We are. We are the happiest nation in the world. Always remember that. Now let’s finish up this chapter so I can put you to bed and watch a gritty detective drama where it’s always dark and people get murdered a lot.”