About Time’s Guide to: UK Festivals 2022By Alicia Grimshaw

It’s too early to say summer is on the horizon, but hey, we’re a sucker for forward-planning. The UK festival is hitting fever pitch this year with new arrivals, blockbuster headline sets, and wall-to-wall bangers. With tickets for some selling like hotcakes, get booking stat: 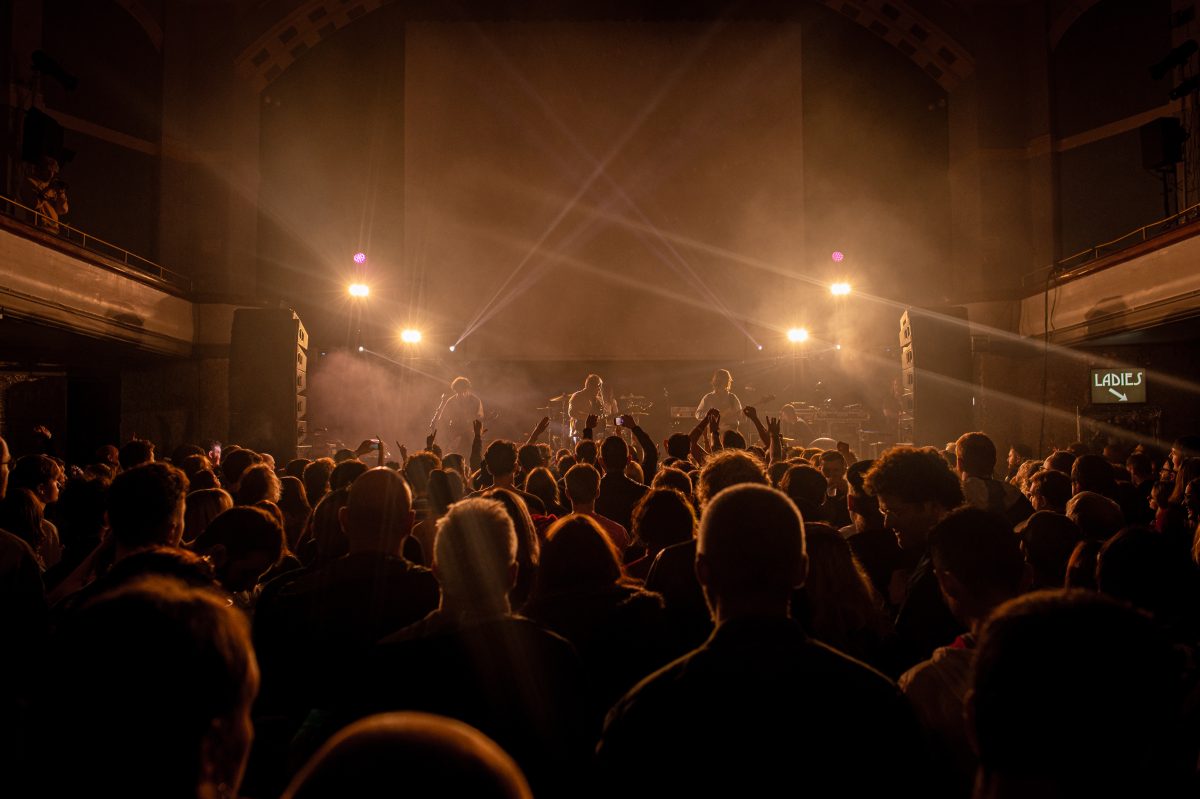 What: Emerging across the streets of Liverpool back in 2008 as a heralded celebration of new and exciting music, Sound City has become an essential date in the diary for music fans far and wide. Celebrating its 15th Anniversary in 2022, it’s the chance to find the artists destined to soundtrack the summer ahead within one of the world’s greatest musical cities.

The Line-Up: The bill is chock-a-block with the likes of Self Esteem, Alfie Templeman, Baby Queen, Mae Miller, The Reytons, Crawlers, Yard Act, Matilda Maan and Brooke Combe.

2. For the Best New Festival: Live at Leeds in the Park, Leeds 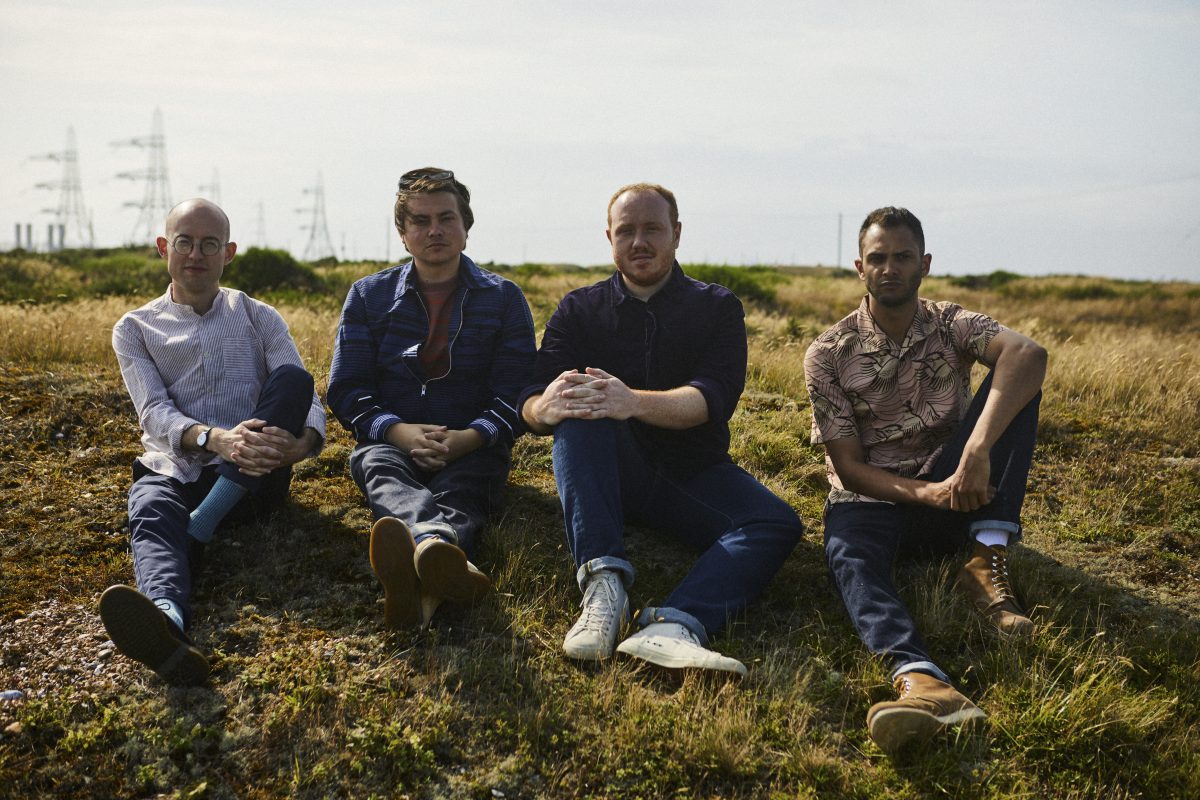 What: Building on its incredible reputation as the home of new music, Live At Leeds expands this year with the launch of a huge outdoor summer festival alongside its traditional inner-city version returning in October. Bringing together the most exciting names in alternative indie and new music, it’s an unmissable festival experience spread across five stages – a must for modern music fans.

The Line-Up: If it’s indie bangers you’re after, you’re in for a good time. Bombay Bicycle Club are the headline act while The Vaccines, Arlo Parks, Sea Girls, Sports Team, Holly Humberston, The Pigeon Detectives and The Snuts will feature alongside ‘Always Like This’ four-piece.

3. For a Weekend Extravaganza: Parklife, Manchester 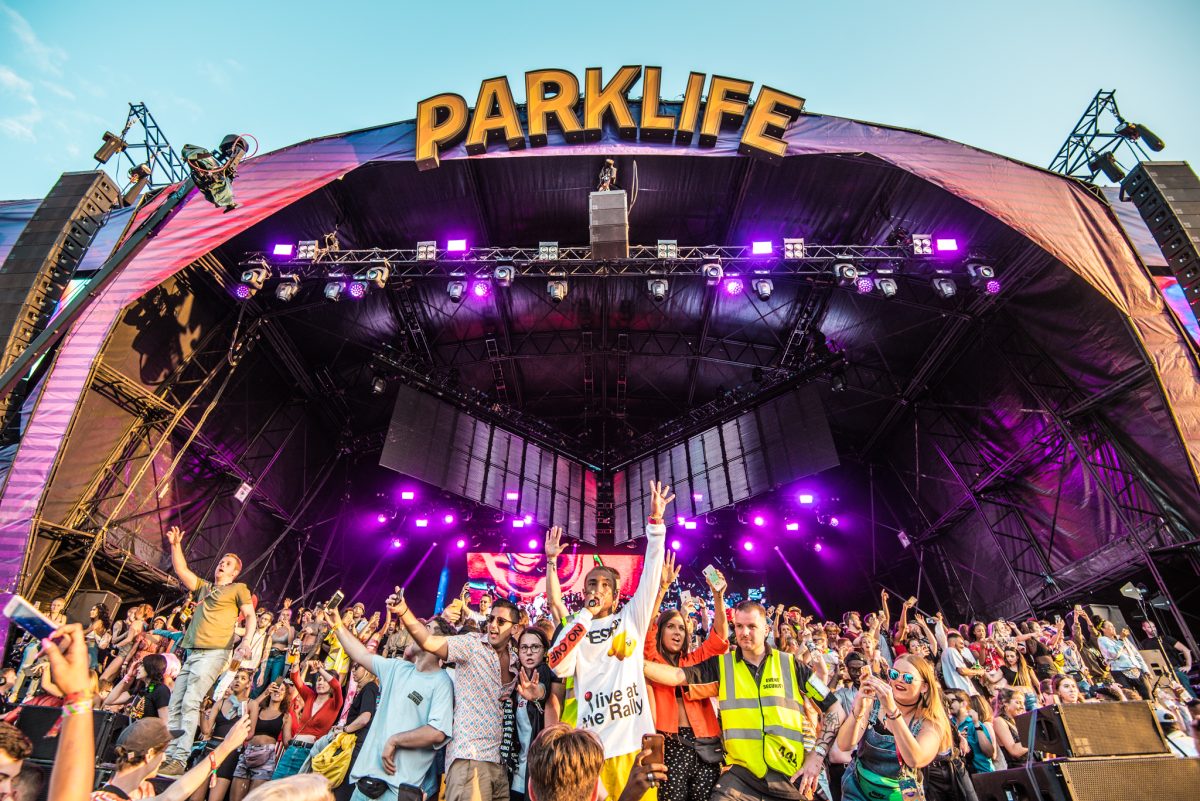 What: One of the UK’s biggest festivals returns to its usual June weekend with arguably the biggest festival lineup of the summer. Combining massive international names, artists that are coming to define the here and now and a summer party lineup like no other, Parklife is the go-to name when it comes to the best festivals in the game.

What: Cementing its place as the beloved festival weekend perfect for the whole family (including dogs!), Standon Calling is set to deliver a formidable programme of global superstars, incredible live favourites, a who’s who in the best new sounds coming from around the UK, peerless cultural entertainment and enough fun to dive into at every turn.

5. For a Dance Festival: The Cause Seaside Beano, Camber Sands 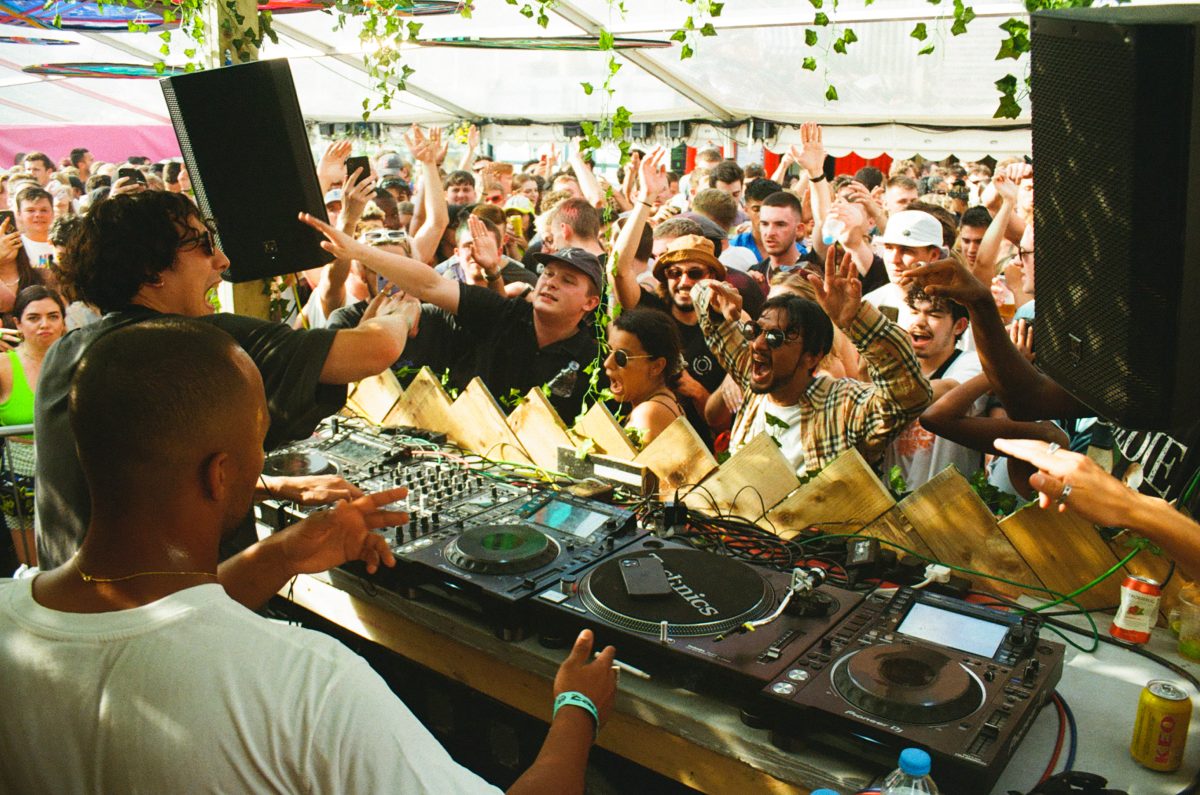 What: Aptly named The Cause Seaside Beano, it will take Pontins 80’s “inspired” decor to a new level bringing in multiple party crews to help on the proceedings. The Seaside Beano kicks off at midday on Friday 20th May, with 24 hours of music, right through until 6am on Monday 23rd May.

Price: £135 per person which includes accommodation and a festival ticket. Tickets here

6. For a Boutique Festival: Farmfest, Somerset 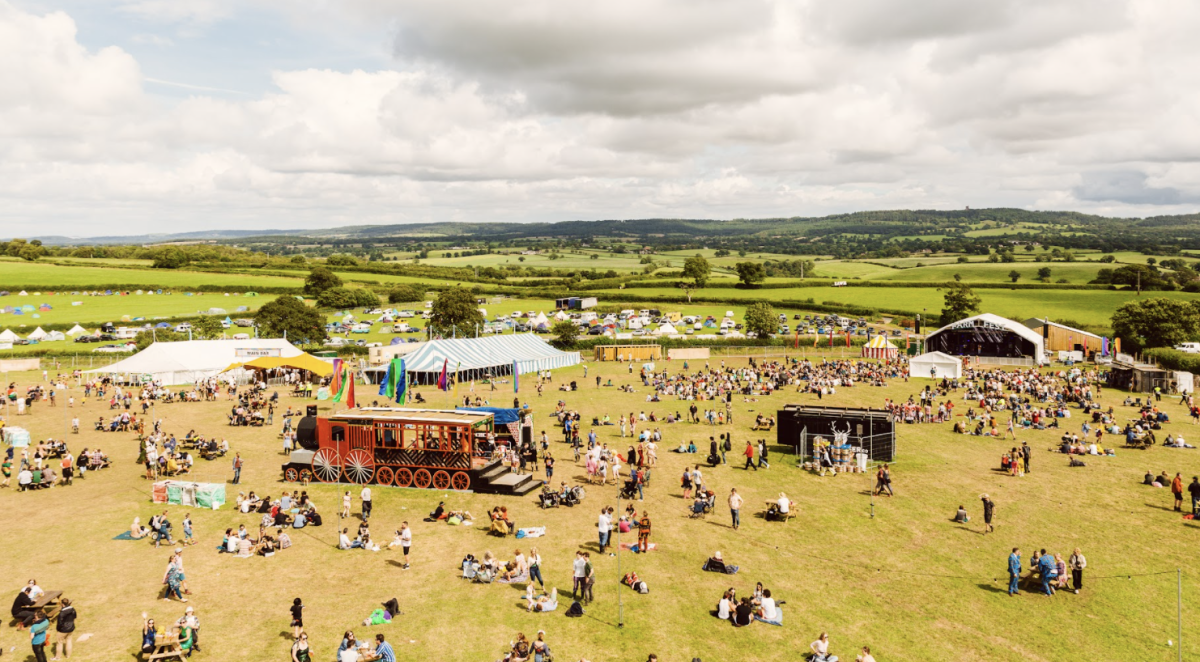 What: Farmfest 2022 will have a swirling musical orchestra of some of the best new and established left-of-mainstream performers on the scene. Curated by Head of Music Stu Matson, the festival manages to brilliantly combine everything from early morning workouts to lively kids workshops, riotous jumbles of jazz, brass-based bonanzas, stand-up comedy, and poetry.

The Line-Up: Elder Island, the genre-defying Bristolian dance trio head up the live acts with their instrumentally diverse web of sound, touching on house, synthpop and neo-soul. UK underground-electronic sweetheart Joy Orbison helms the rave zone, The Den, with his nostalgic mesh of club sounds long into the night. Known for their chaotically carnival-like live shows, Gentlemen’s Dub Club will be bringing the party to the Main Stage. Beyond the headliners, Farmfest’s support acts look just as enticing. On the live side, we will see Do Nothing, BCUC, Ishmael Ensemble plus plenty more filling all hours of the day and night.

Price: Adult tickets are currently £99, teen £66 with children under 13 being free. Tickets here

7. For a Two-Day Festival: Junction 2, London 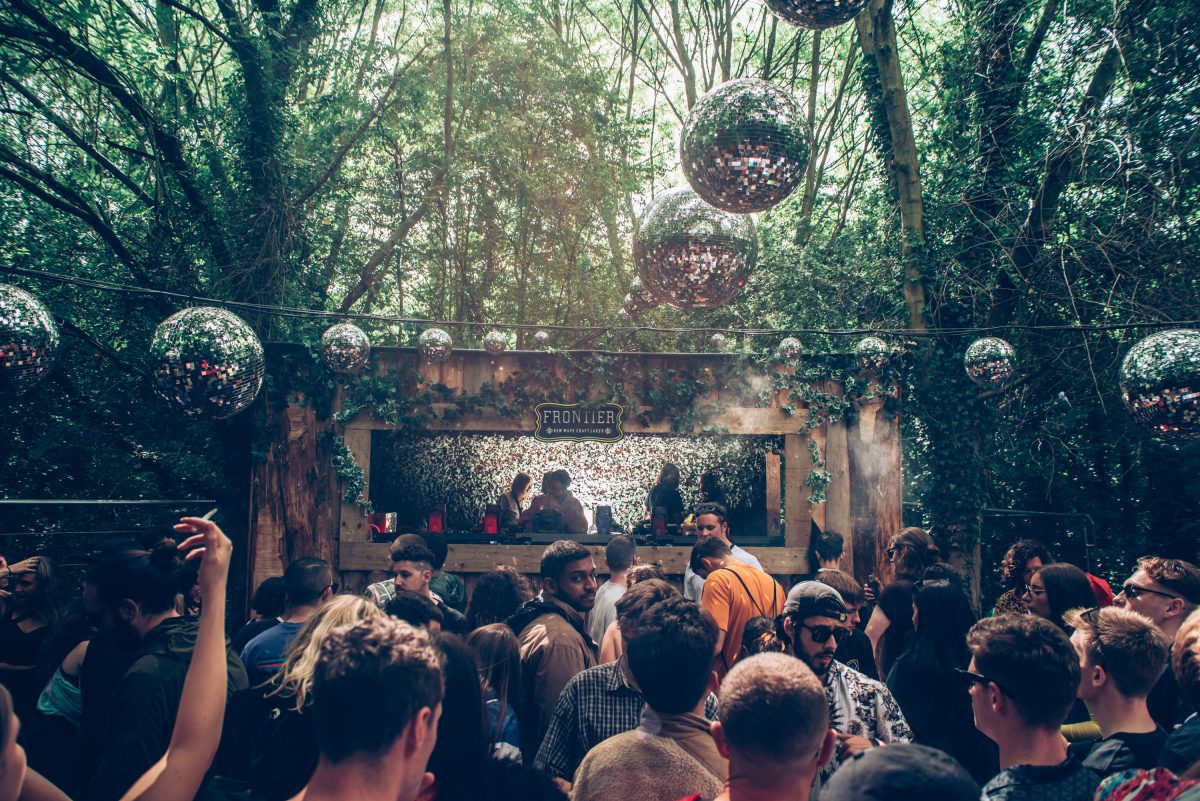 What: Junction 2 Festival will host an array of artists across the electronic spectrum from a more eclectic lineup on Saturday, through to a techno-influenced bill on Sunday.

8. For Ending the Summer in Style: Sundown, Norfolk 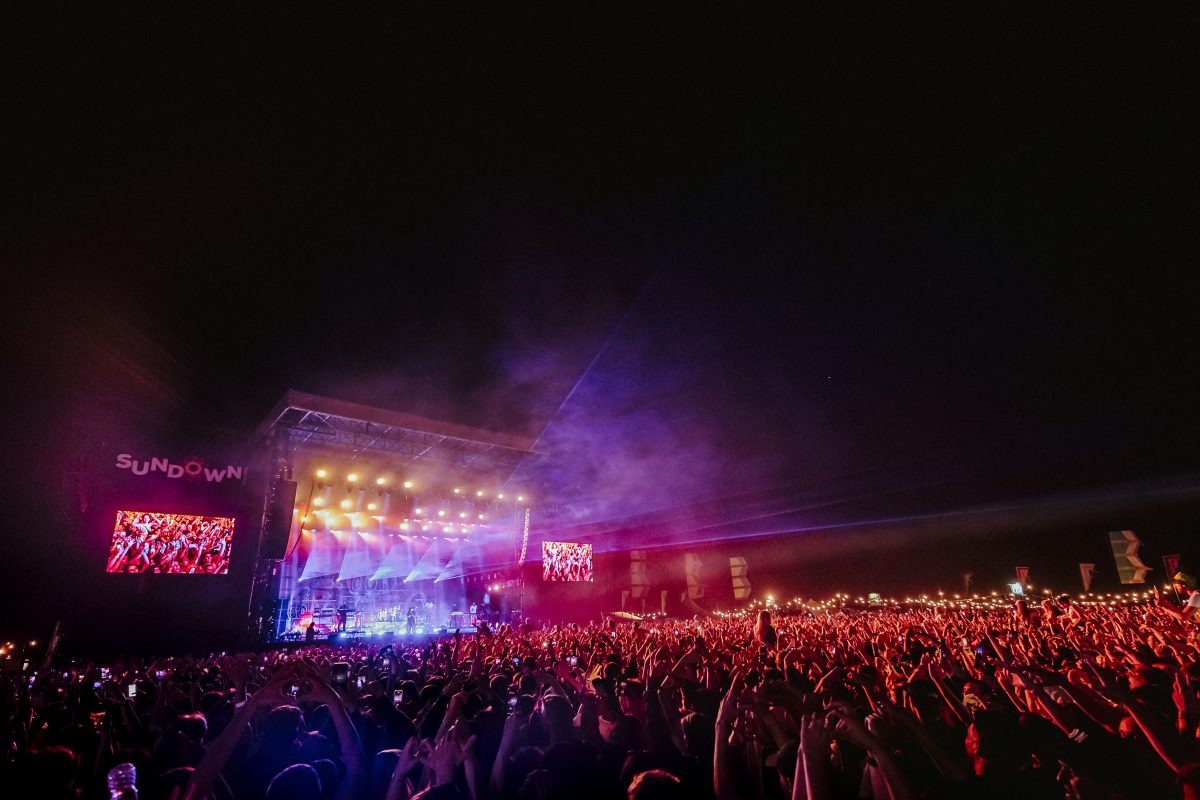 What: After a completely sold out 2021 edition, with all weekend tickets snapped up within just a few days, Sundown Festival is back this year with its biggest festival to date. Heading over to the Norfolk Showground in Norwich between 2nd-4th September, the festival’s biggest lineup so far will celebrate a remarkable 10 years for Sundown – becoming the celebrated end of summer party bringing together the biggest chart celebration of the year with the biggest and best names, all in one place. 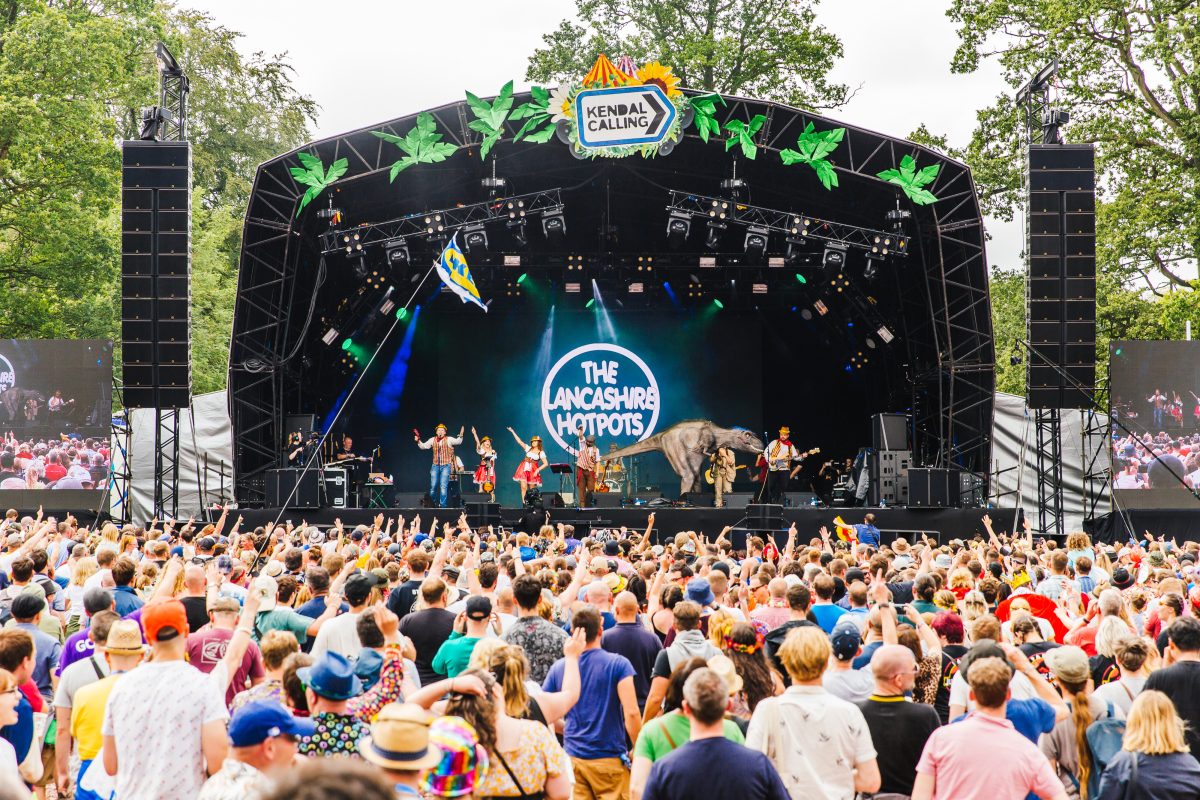 What: Regularly acclaimed as one of the best festivals in the UK, Kendal Calling has become a true emblem of the complete festival experience. Meet friends new and old, all whilst catching some of your favourite bands tear apart blistering set after blistering set.

The Line-Up: Get ready for a heavy hit of nostalgia with Supergrass and Stereophonics headlining, while Craig David, Amy Macdonald, Spots Team, The Wombats, The Kooks and Tom Grennan will perform over the weekend. There will be DJ sets and comedy from the likes of Bill Bailey, Marcus Brigstocke and others too (but we don’t have the word count to mention).

10. For a Family Affair: Wilderness 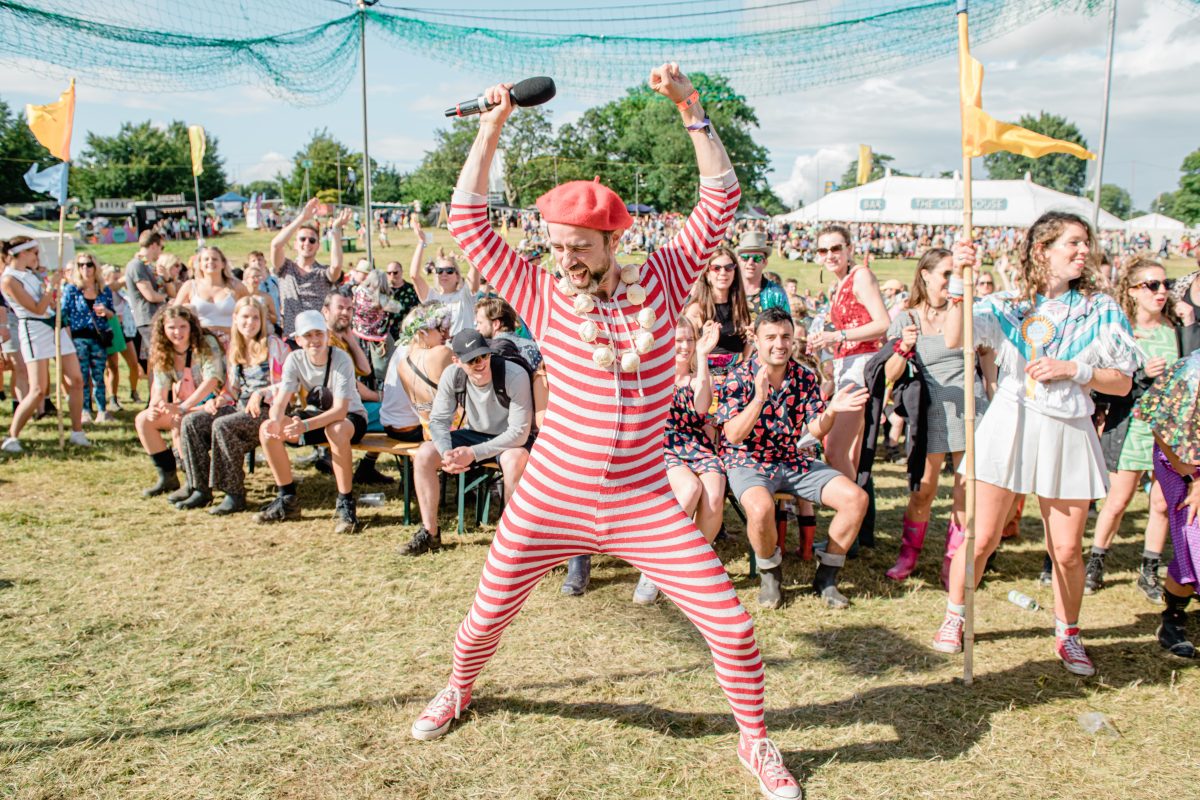 What: Curated for a generation who understand meaningful pleasure, enlightening participation and luxurious experiences, Wilderness spans music and the arts, exquisite feasting and dining, insightful talks and debates, a Wellbeing Sanctuary, outdoor pursuits, a Family Field and beautiful lakes to while away the hours

The Line-Up: Electronic music pioneers Underworld, one of the most influential acts in the UK and beyond, has been announced as one of the three incredible headliners. They’ll be joined by music collective and Mercury-nominated duo Jungle, and Years & Years. ontinuing this year’s electric line-up is renowned DJ superstar and record producer Peggy Gou, Queen of Disco Róisín Murphy and multi-instrumentalist and singer Jordan Rakei. 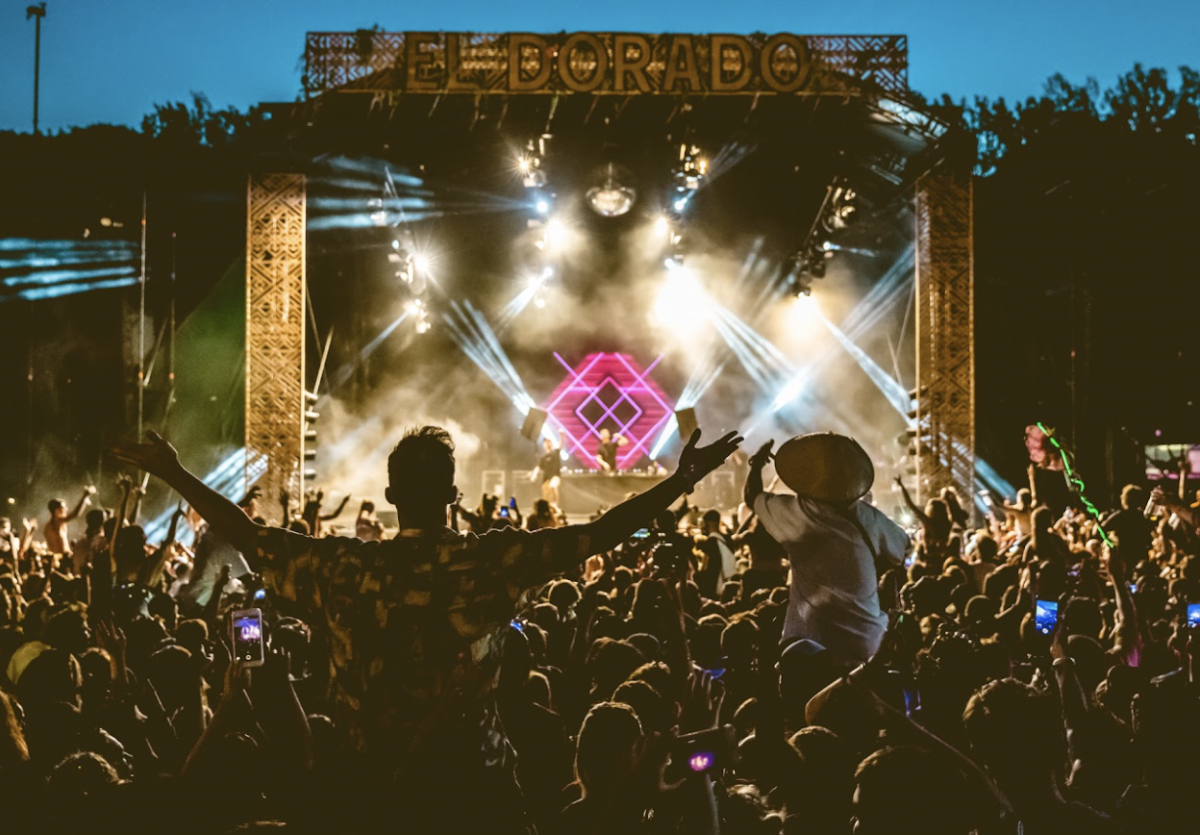 What: El Dorado is a party-goer’s utopia, expect an immersive experience for every escapist; providing entrancing music, a wellness retreat, street food and dining experiences set on the stunning site of Eastnor Castle in the heart of Herefordshire. The festival is hosting a memorable line-up, bringing hit after hit with its happy-go-lucky vibes and unbelievable party atmosphere.

The Line-Up: Grammy award-winning and multi-platinum recording artist Al McKay creation Earth, Wind & Fire Experience will take over the Garden stage alongside one of electronic music’s most innovative, influential and recognisable acts, Groove Armada. ringing the smoothest liquid drum and bass, Hybrid Minds will flood Eastnor Castle with their monumental sounds alongside the mystic mania of Shy FX. The original Reggae selector and soundclash champion David Rodigan plans to shake the venue with his Jamaican mashups, joined by the electric mastermind Skream.

12. For Country Tunes and Classic Cars: The Long Road, Leicestershire 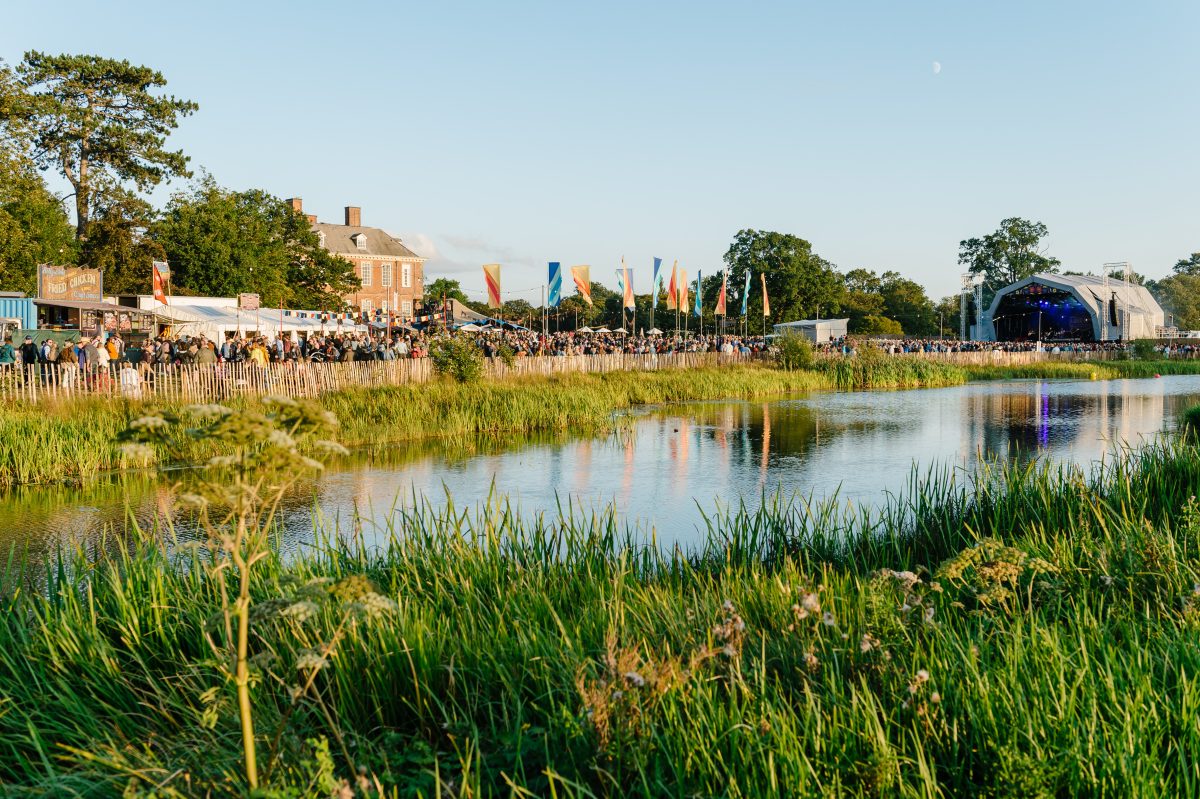 What: The Long Road is a three-day, camping festival, celebrating the UK’s growing appreciation for the music, lifestyle and influences of Country. Whether you like your Country from across the tracks or just around the bend, your Americana old-time or modern, your Roots southern fried or rocky, The Long Road delivers it all. It’s an authentic, immersive and family-friendly experience. 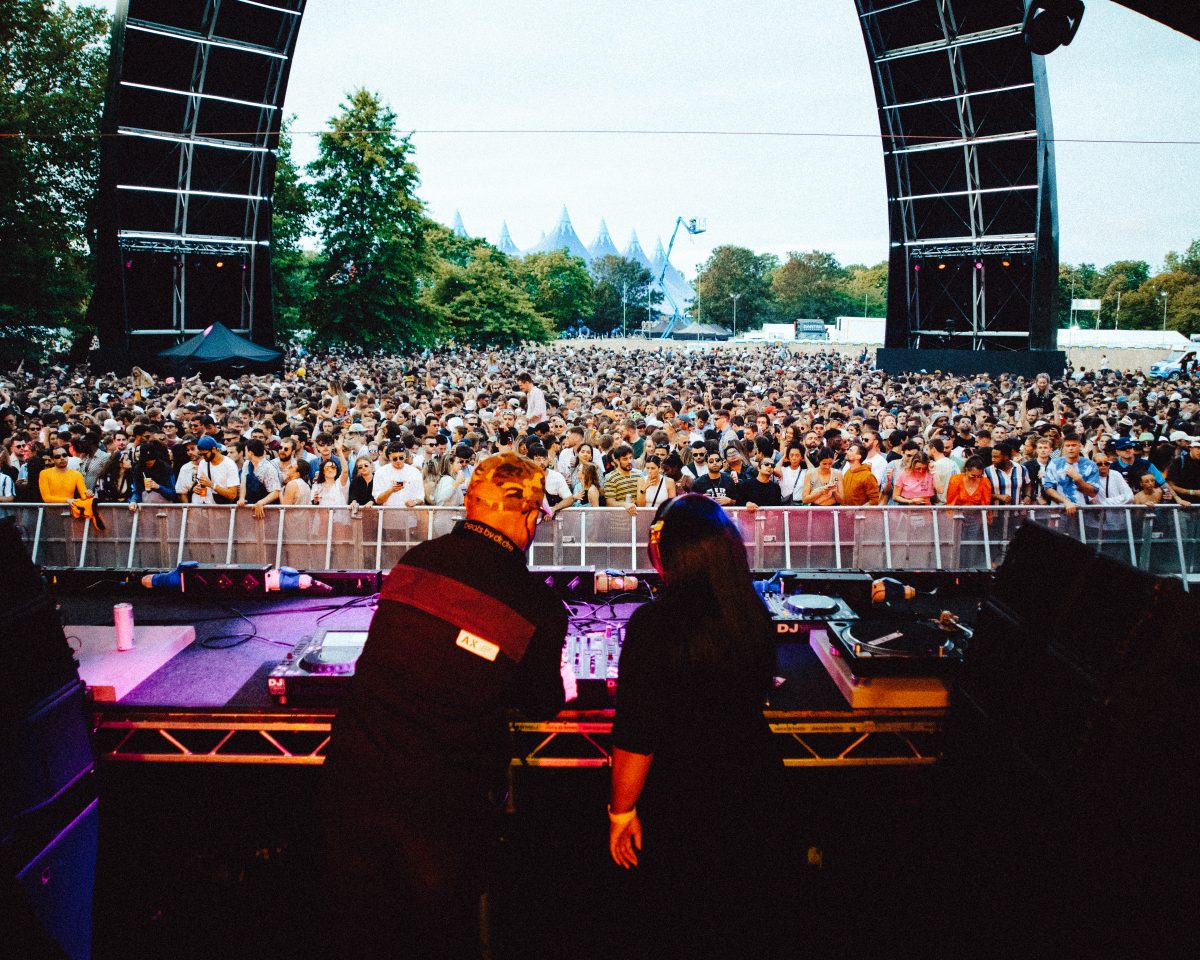 What: Field Day will be celebrating its 15th anniversary in style this year. Having championed electronic dance music since 2007, the festival will aptly mark the occasion by bringing together the genre’s biggest duo, The Chemical Brothers.

The Line-Up: Joining the likes of the already announced headliners The Chemical Brothers, Kraftwerk 3D, HAAi, Emerald b2b Jossy Mitsu and many more, is globally renowned DJ / producer Peggy Gou. Crowd favourite Artwork will be going head to head with Australian party-starter CC:DISCO! for a disco set like no other, the legendary Carl Craig squares off for a highly anticipated b2b with the ever-popular Moodymann, whilst festival favourites Denis Sulta and Mella Dee are set to show Victoria Park why they’re some of the most in-demand festival DJs in the country right now with another phenomenal b2b.

14. Hospitality Weekend in the Woods 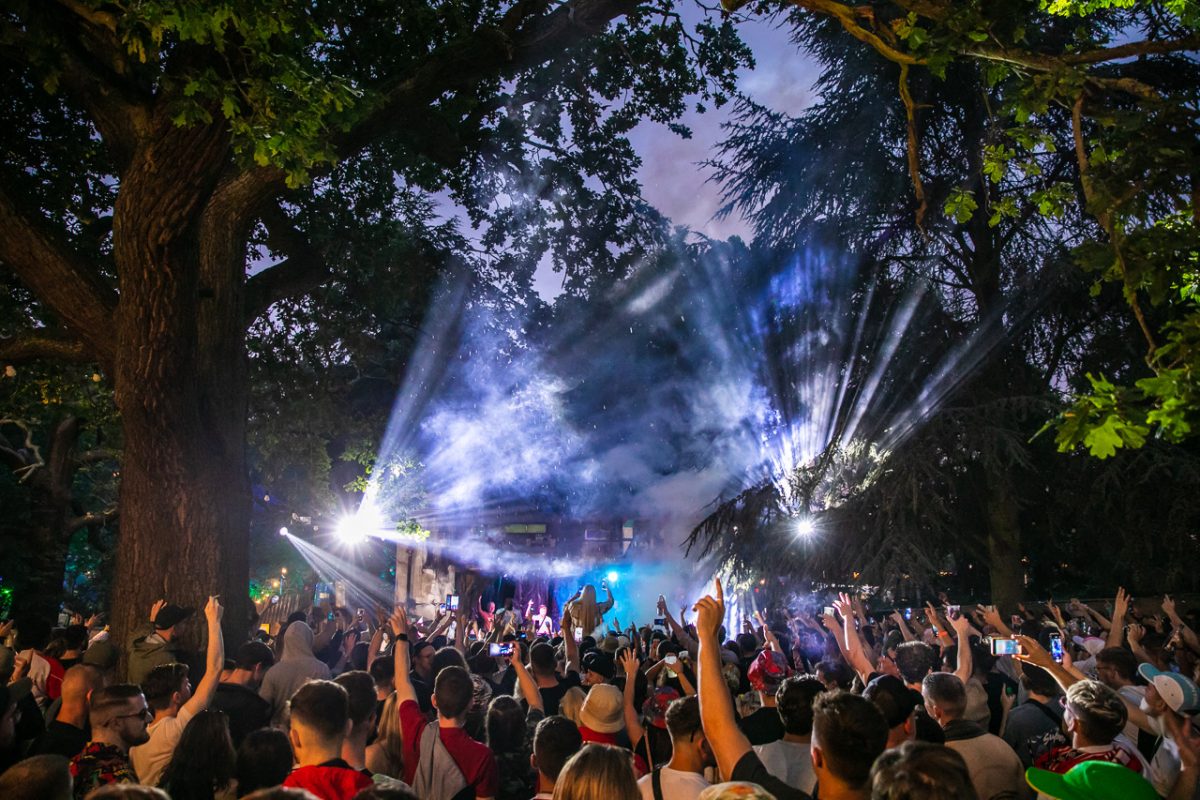 What: Fresh from winning Best Festival at the Drum & Bass Awards, the much anticipated Hospitality Weekend In The Woods wwill be bigger than ever with wall-to-wall bangers, atmospheric woodland stages and never before seen back-to-backs.

The Line-Up: Headlining a total of seven stages acrossthe two days in Beckenham Place Park will be Fabio & Grooverider and The Outlook Orchestra performing their only London show of Summer 2022, High Contrast with a very special ‘20 Years of High Contrast’ set, Calibre, Camo & Krooked, DJ Hype, DJ Marky, Flava D, General Levy, Kings Of The Rollers & Inja amongst many many more, with stage hosts,FabricLive, Calibre Presents, Shogun, Born On Road X Run In The Jungle, Spearhead, Rupture, Undivide, Soulvent X Flexout and of course Hospitality all ensuring every point on the drum & bass spectrum will be represented in full. 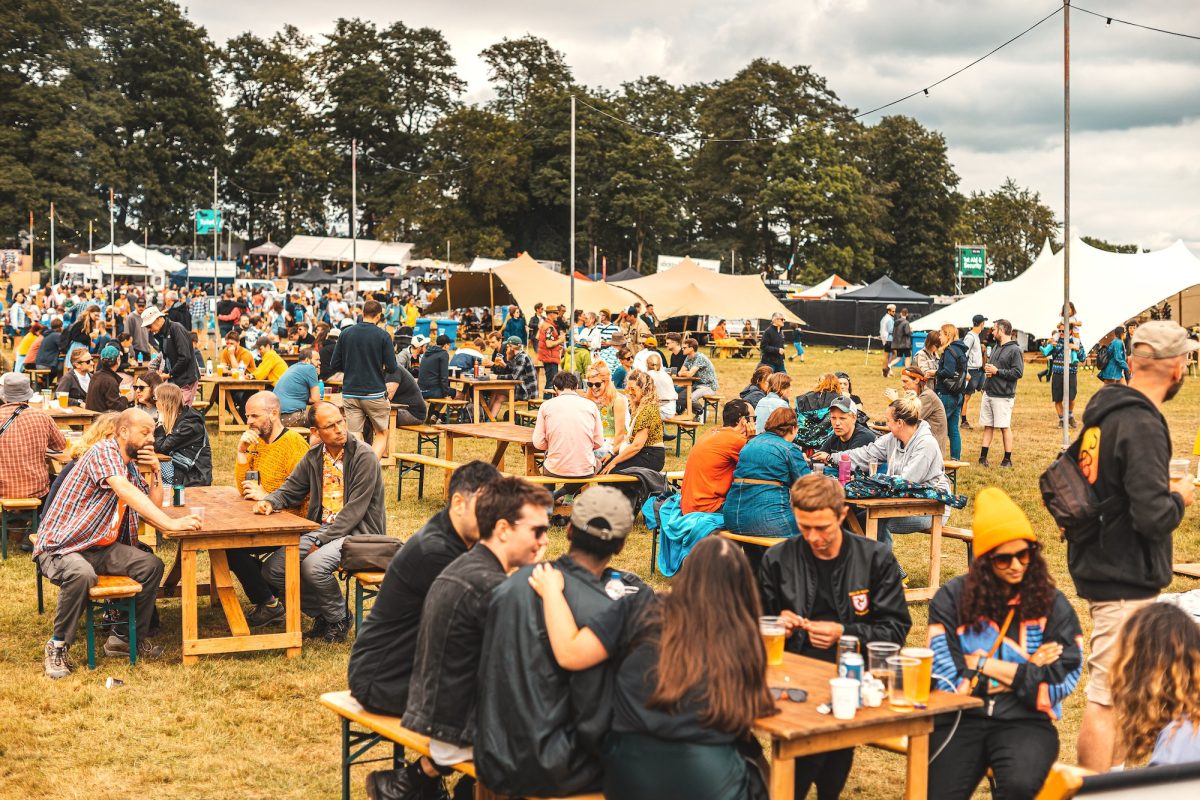 What: Bigfoot, the UK’s first craft beer music festival, returns in 2022 for a three-day boutique event set to unite an essential line-up of artists with a celebration of the very best in contemporary beer culture.

The Line-Up: Caribou, Happy Mondays and Texan trio Khruangbin will headline the three-day beer-filled extravaganza. Also confirmed are High Priestess of House & Techno, Maya Jane Coles, who will be headlining the dance stage, and Peckham’s finest, Bradley Zero. Elsewhere, Signature Brew will be returning to Bigfoot with their notoriously riotous stage showcasing the best in punk, hardcore and alt-rock.

16. For a New UK Festival: Fields Of Fantasy 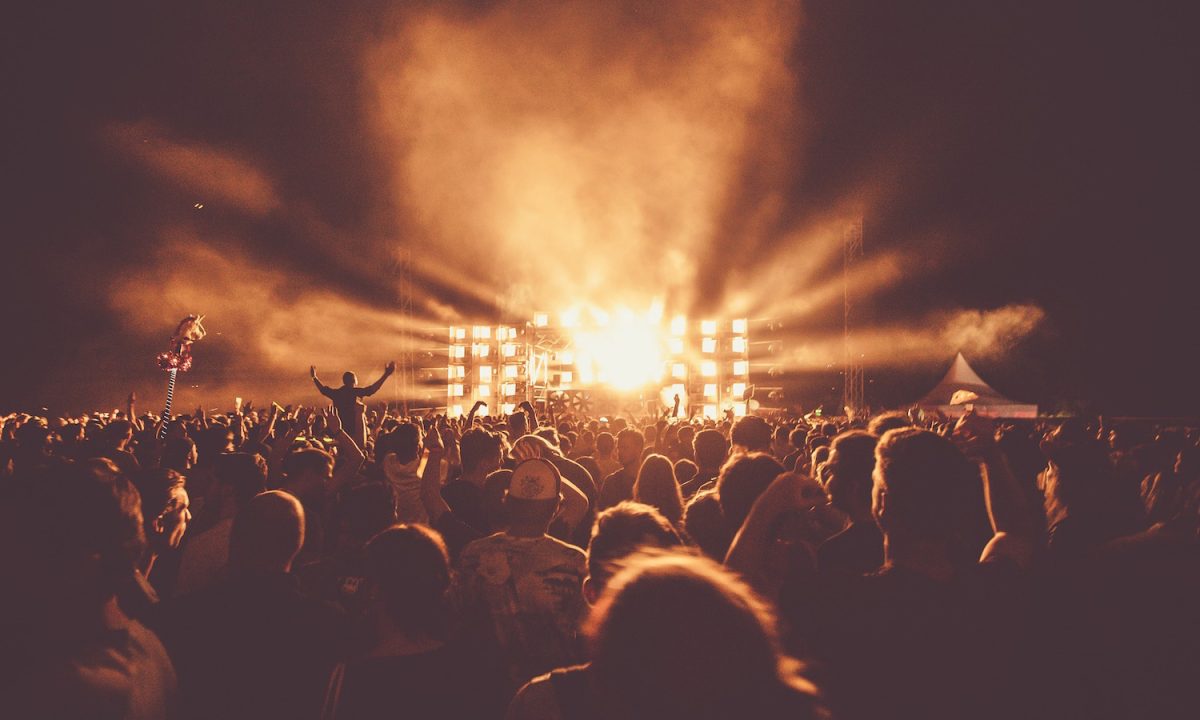 What: Set just a short drive from Bristol city centre, Fields Of Fantasy is one of the UK’s newest festivals. Promising three days of blissful hedonism set in an untouched location the festival is proving its intentions by booking some of the biggest names in electronic music for the inaugural event.

The Line-Up: Techno’s leading futurist innovator and a prophetic voice in the advancement of electronic music, Jeff Mills will head up the proceedings at Fields Of Fantasy. He’ll be bringing his energetic, analogue techno setup for a special show rarely seen on the UK festival circuit. Jeff Mills will be joined by Denis Sulta. SHERELLE is one of the queens of UK dance music of the moment and is leading the charge for a new generation of artists focused on dismantling and reshaping dance music for the better. She’ll be joined by key players within the global electronic hemisphere including Jaguar, Ewan McVicar, Sally C, Paranoid London Live, Jess Bays, and DJ Bone.

17. For a Summer Camp for Adults: Camp Wildfire 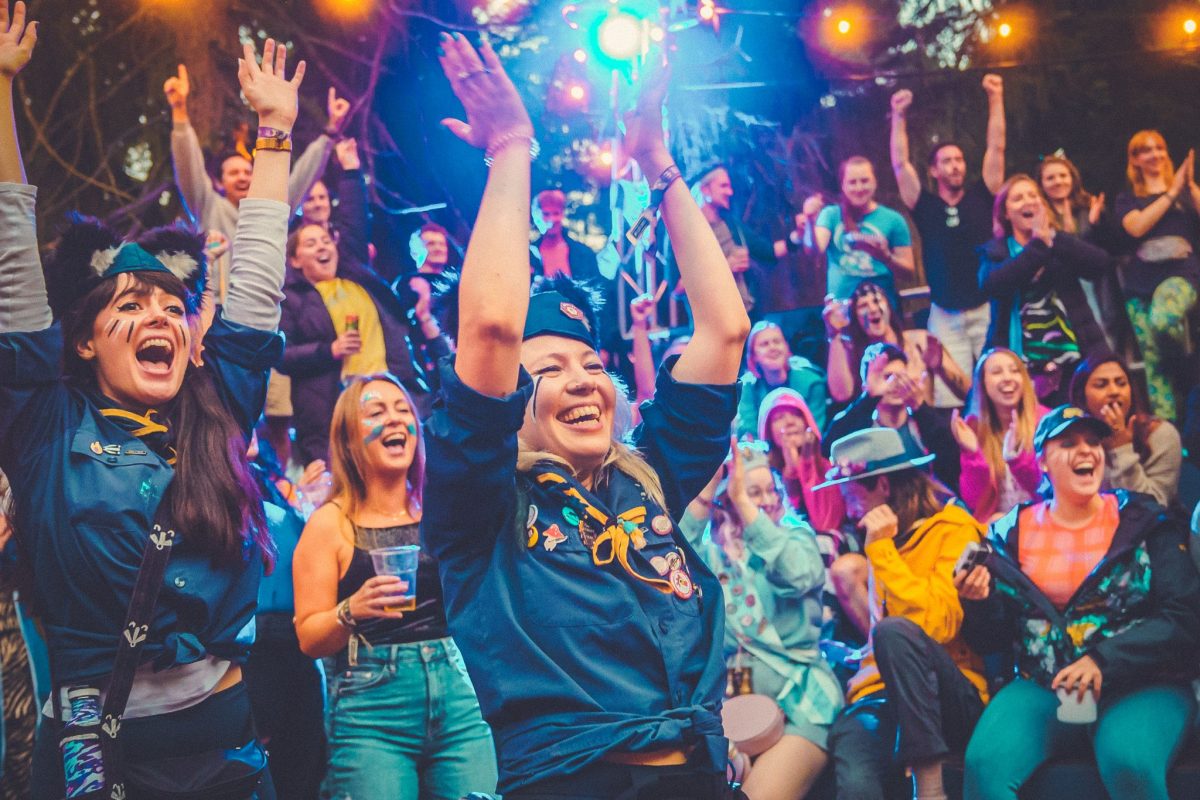 What: Set in a stunning forest location, just 40 minutes on the train from London, Camp Wildfire returns for two weekends of adventure, woodland parties and life-affirming inspiration. Adventure by day, party by night, Camp Wildfire is a weekend unlike any other; a summer camp where adults can choose from more than 100 different activities, making meaningful connections while discovering a new favourite hobby – whether it be quad biking, jewellery making, learning axe skills, trying Capoeira, making a terrarium, competing in competitive team games or discovering how to use a traditional printing press.