All my life/ Watching America

Razorlight’s second album came out a week before my parents took our family on holiday to California. It became the soundtrack to our vacation. We would cruise through Hollywood belting out the chorus to ‘Los Angeles Waltz’.

I was on Mulholland Drive with the radio on

They play Augustus Paco and the Kings of Leon

You may say that you love me

But that’s not what I heard

This was our third holiday to America in as many years. Just like Johnny Borrell’s attempt to overplay his relevance by shifting his song content across the Atlantic, I could never get clean of America. The night we got home I rushed to the shop and bought a pack of fags just so I could later indulge my jetlag by puffing out of my window thinking “I light a cigarette cos I can’t get no sleep”. I would watch The O.C. on Tuesday nights and wish for morning just so I could have a coffee and a bagel. My first choice university was Durham because it looked the most like Tree Hill in the brochures. My iTunes playlists were smattered with Dylan and Springsteen; John Mayer and Ryan Adams. 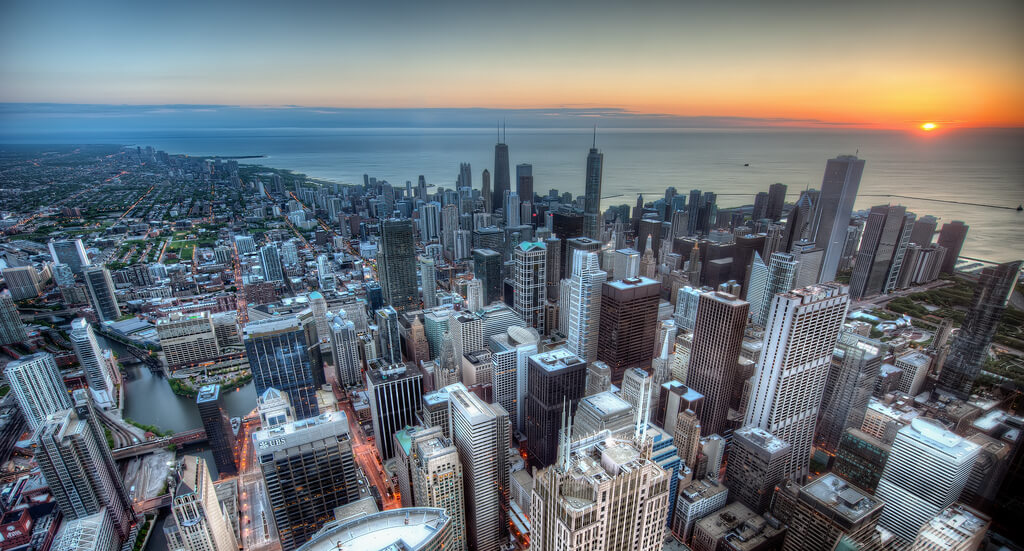 When I left school I knew where I was headed. Three months in the States living out my pop culture fantasies. I saw the gates of Graceland. I was walking in Memphis. I drifted down to New Orleans where I was lucky enough to be employed and I wound up in sweet home Chicago. I met a man in a hostel who had driven from the West Coast in a Dodge Sedan to live out his fantasy of doing a Blues Brothers tour of Chicago. I jumped into his Bluesmobile. We saw Wrigley Field, the mural of Ray’s Music Exchange, The Triple Rock, the bridge they jump off and the front of the Palace Hotel Ball Room shaking our tail feathers all about the windy city. 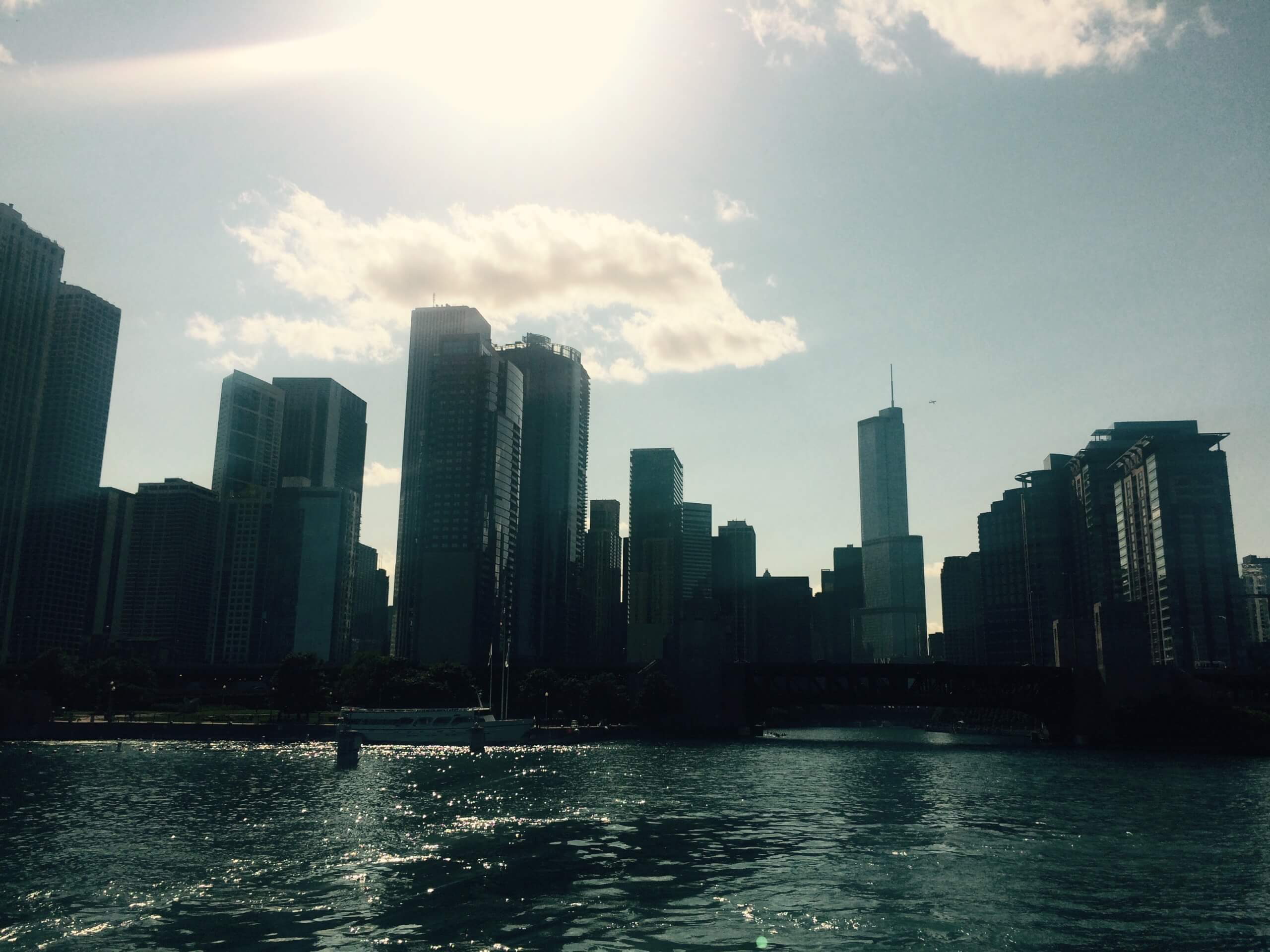 Five years later I saw an invitation to an American wedding sitting atop my new girlfriend’s dresser. ‘Plus Guest’ it read. ‘I might get invited to that’ I thought. Two months later I was in and I was heading back to Chicago. All things go. All things go. But this time I was prepared. I had learned. I had matured. I knew I couldn’t count on meeting a man in a hostel to live out my American fantasies. If I wanted to realise my teenage dreams, it would have to be meticulously planned.

We didn’t have long. Only nine days, but I was intent on cramming as many diverse experiences into our trip. We’ll do it all in one state. We’ll start in Chicago then road trip loop our way back. We’re Bonnie and Clyde. We’re Badlands. We’re on a Vampire Weekend tour bus. We’re Thelma and Louise and I’m Brad.

You can’t imagine my delight when I discovered the wedding reception was in The Art Institute of Chicago. The Institute was voted the Best Museum in the World in 2014 and for one night it was ours to explore with a Martini in hand. We posed with Monet and Manet and Van Gogh’s selfie potrait and we twisted and shouted, torturing Americans until the wee hours. 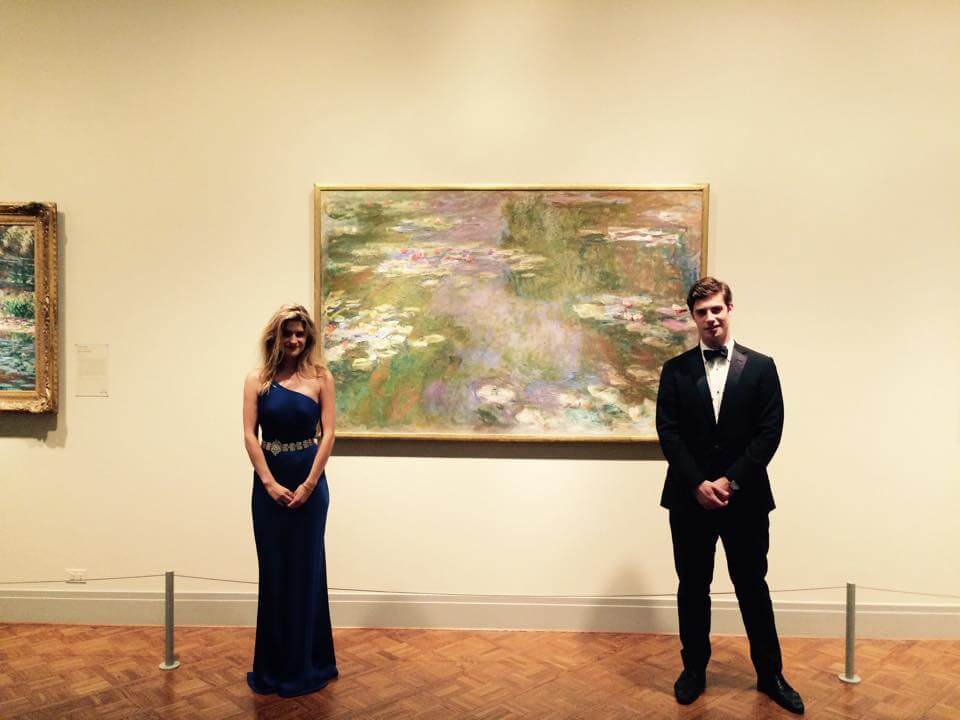 We tried to recreate Ferris’s neurotic sidekick, Cameron’s stare, but we just made the billboard for the hotly anticipated Mad Men spin off: SCDP Chicago. 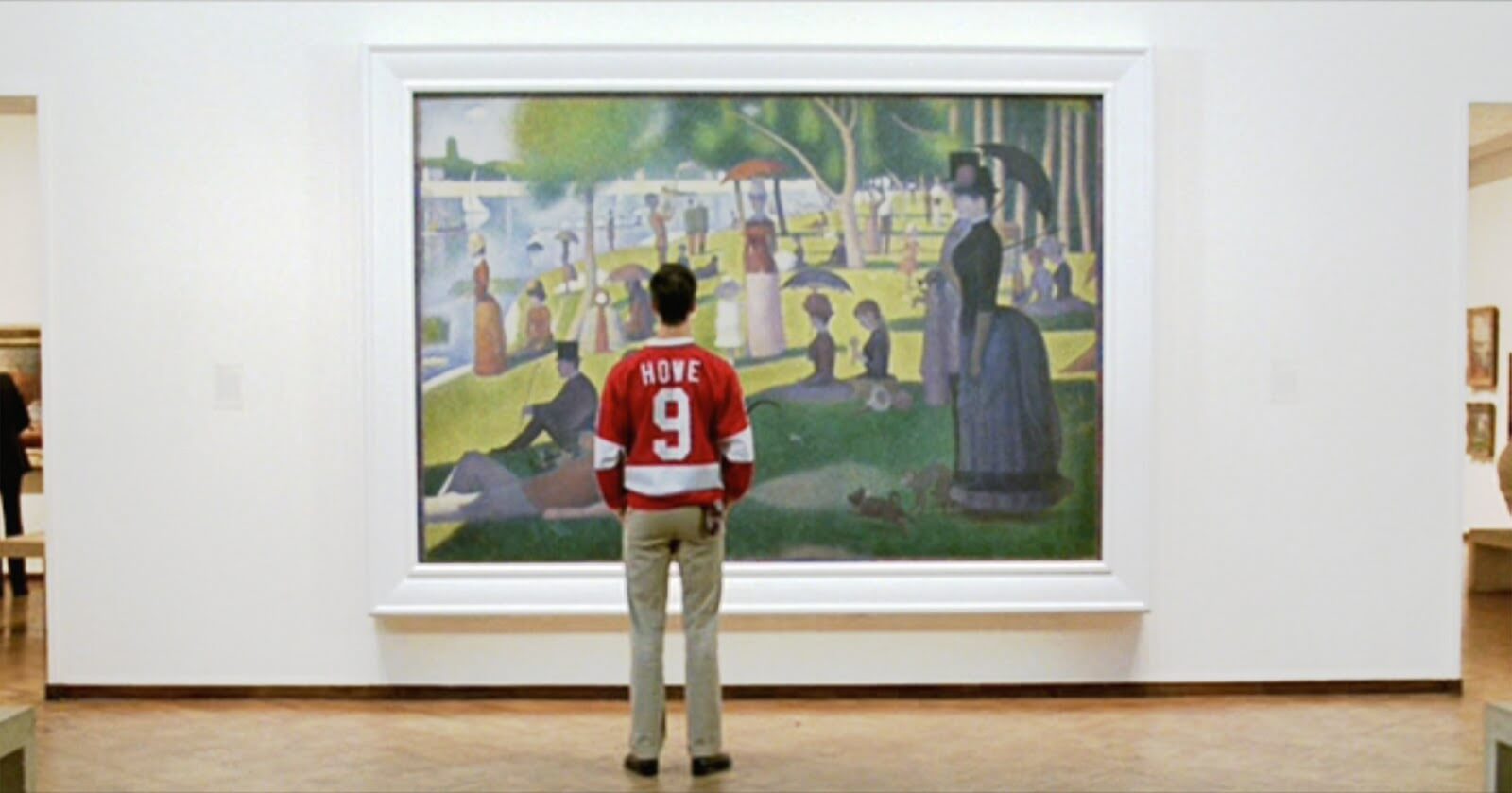 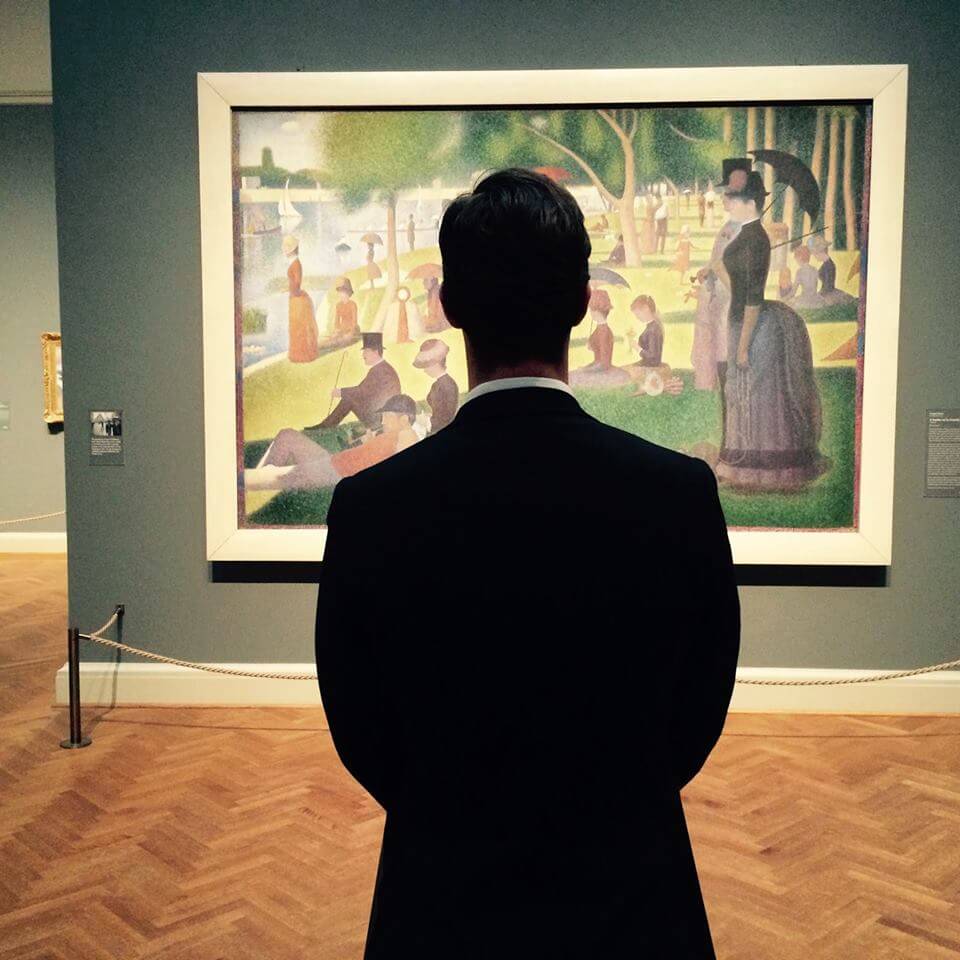 We sailed around the city on Chicago’s First Lady up and down the canals. We were Ferris and Sloane taking a look around, experiencing life. The man with the mic was a retired Chicago lawyer. He loved his city so much he giveS the guided tours for free. We weren’t allowed to tip. All he wanted was a good review on TripAdvisor. This was a theme of our trip. People in America are very proud of where they’re from. They want everyone to enjoy it with them and tell all their friends. If you’re passionate or proud in London people call it a rant. 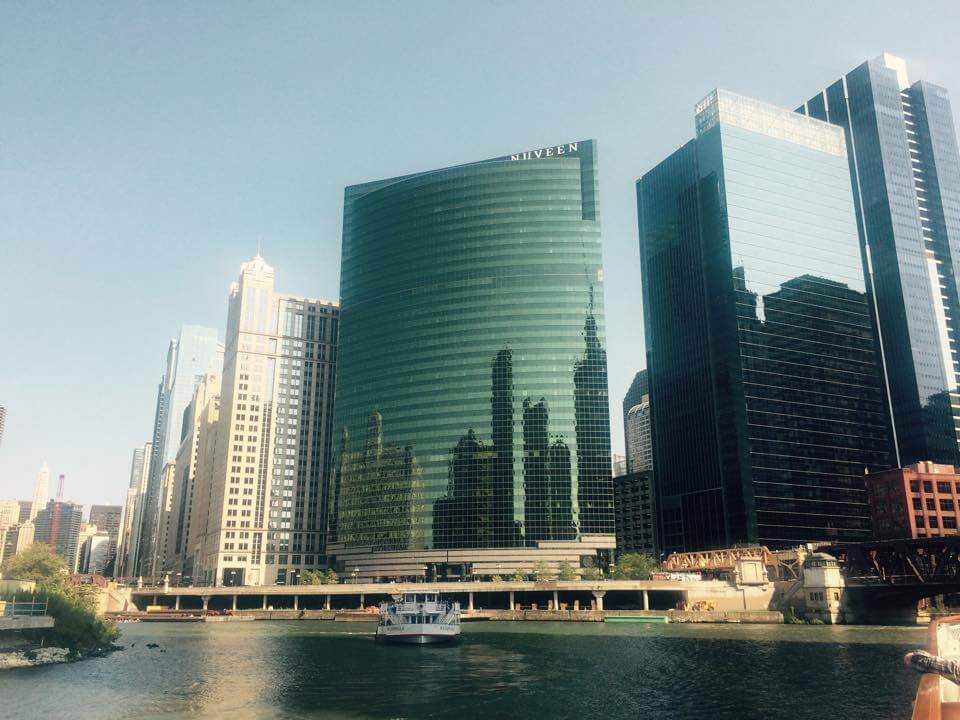 We sailed behind the backs of houses. Kids on bikes waves from the iron bridges. The sun glimmered against the skyscrapers; our eyes climbed the Willis, née Sear’s, Tower, leant against the glass and we watched the city become a centre for ants. 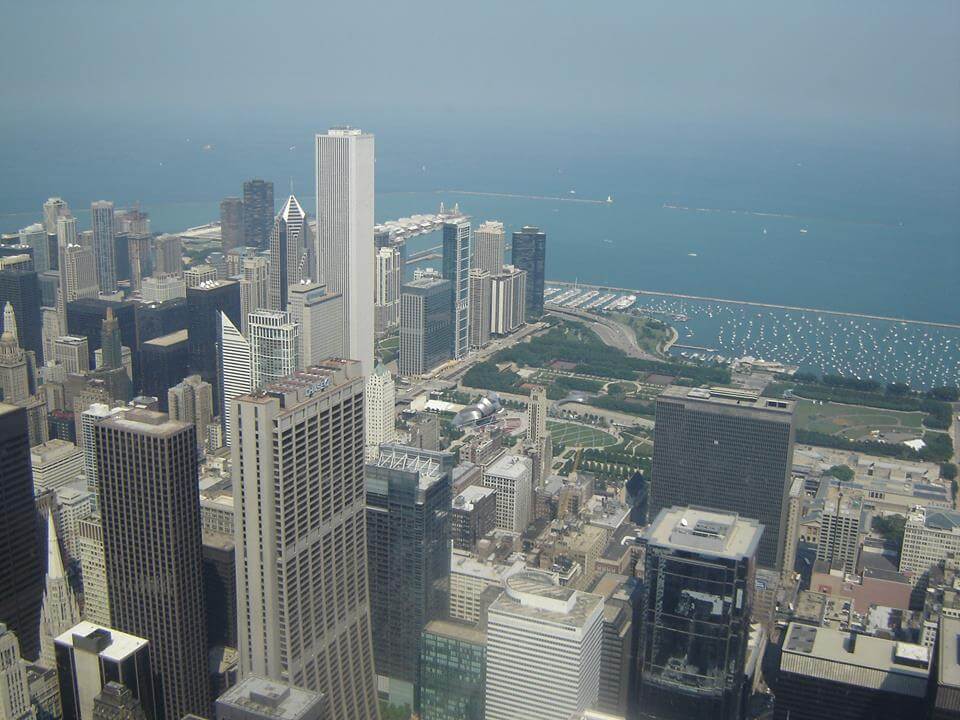 I asked a man outside a bar in Uptown where the fanciest boozer in town was. He sent us a few blocks east to the Pump Room at PUBLIC Hotel and we drank every cocktail on the menu. My scrawly notes next to an impressive imitation of a Fear and Loathing illustration reveal that Lucille’s Ball is ‘the best cocktail in America’. We soaked up the glamour of the 30s and 40s and talked about when Sinatra and Sammy Davis used to sit in our seats before stumbling out into the streets. Force of habit opened Uber and to our amazement our Uber was arriving in seconds.

The following night we watched old men sing the blues. At Kingston Mines, the players in the band rotate. They have a drink, they eat some fried shrimp and they play a guitar just like ringing a bell. The Great Depression sent the blues sailing up the Mississippi river from Louisiana in  the first part of the 20th century. The black workers looking for work brought the Delta blues and the Cajun cooking to the south side of Chicago. The superb U.S adaptation of Shameless tells you us the South side is undergoing a battle for gentrification not too dissimilar to Brixton back in London, but for now it remains the baddest part of town. Badder than old King Kong and meaner than a junkyard dog. 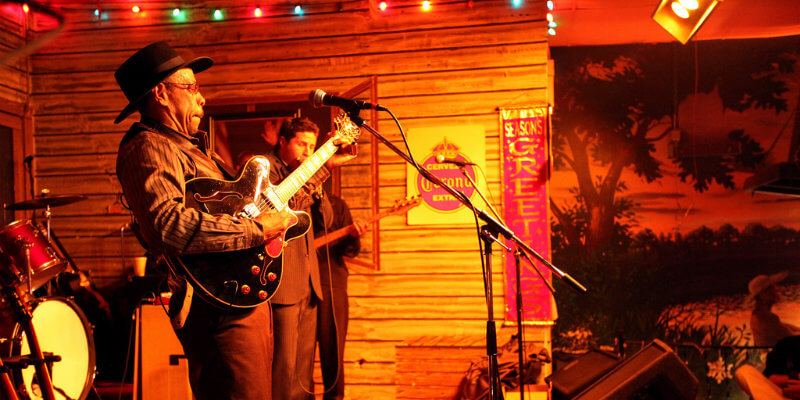 Morning came and it was time to hit the road. We rented the smallest car in America and we called him Sparky. Sparky was no 1961 Ferrari GT California nor a 1974 Dodge Monaco, but Sparky did not meet the same fate as those two great vehicles of cult cinema. Not to say he didn’t get into some trouble (see below). See you next week as we walk off to look for America. 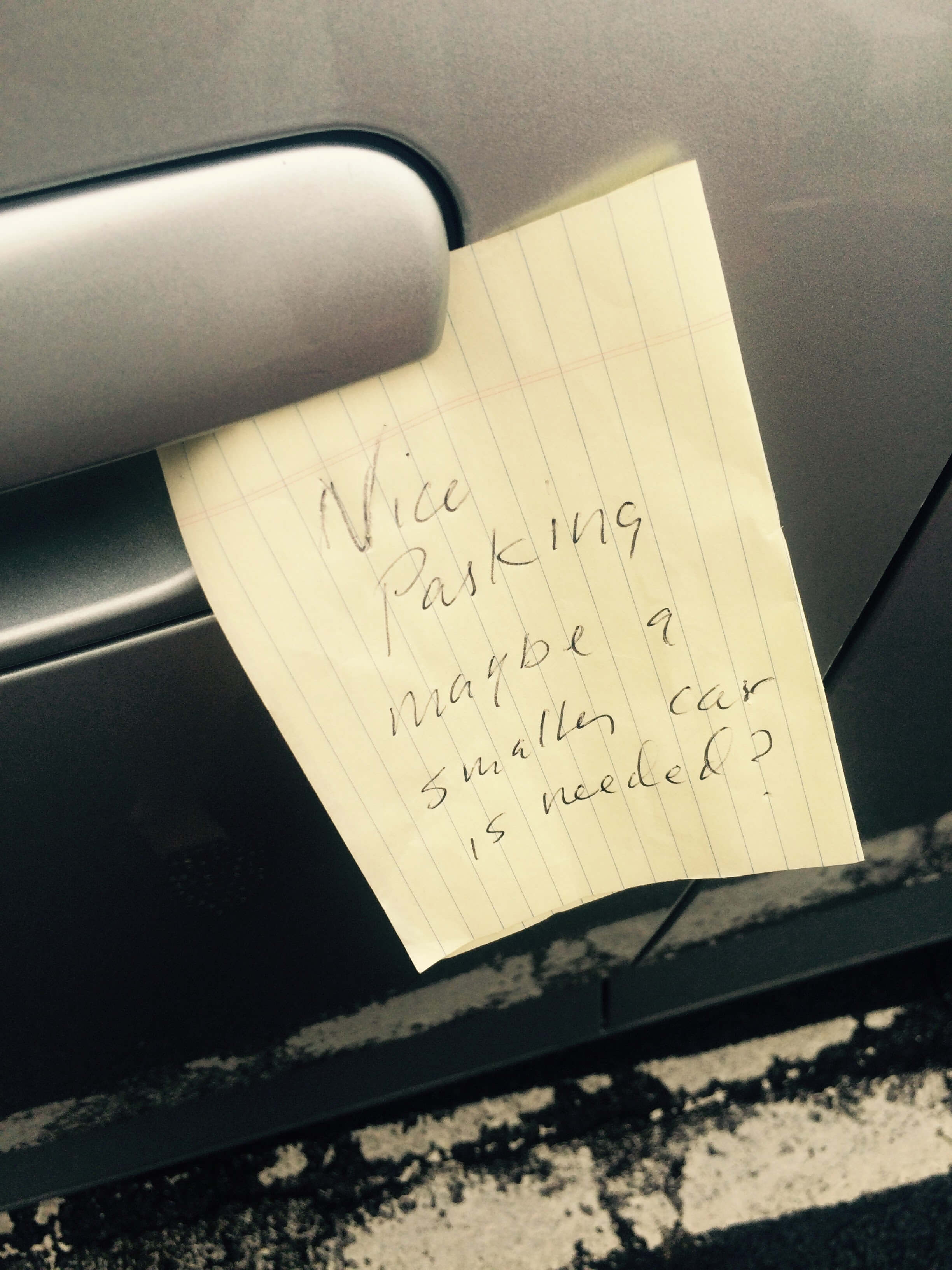