Twenty-fourteen is a biggie for William Shakespeare – the immortal Bard is 450 years old this month and Stratford-upon-Avon in the heart of England is planning a huge party.  That’s not to say that Stratford isn’t always bustling with visitors from every single corner of the globe but this year is expected to be the biggest and best ever. 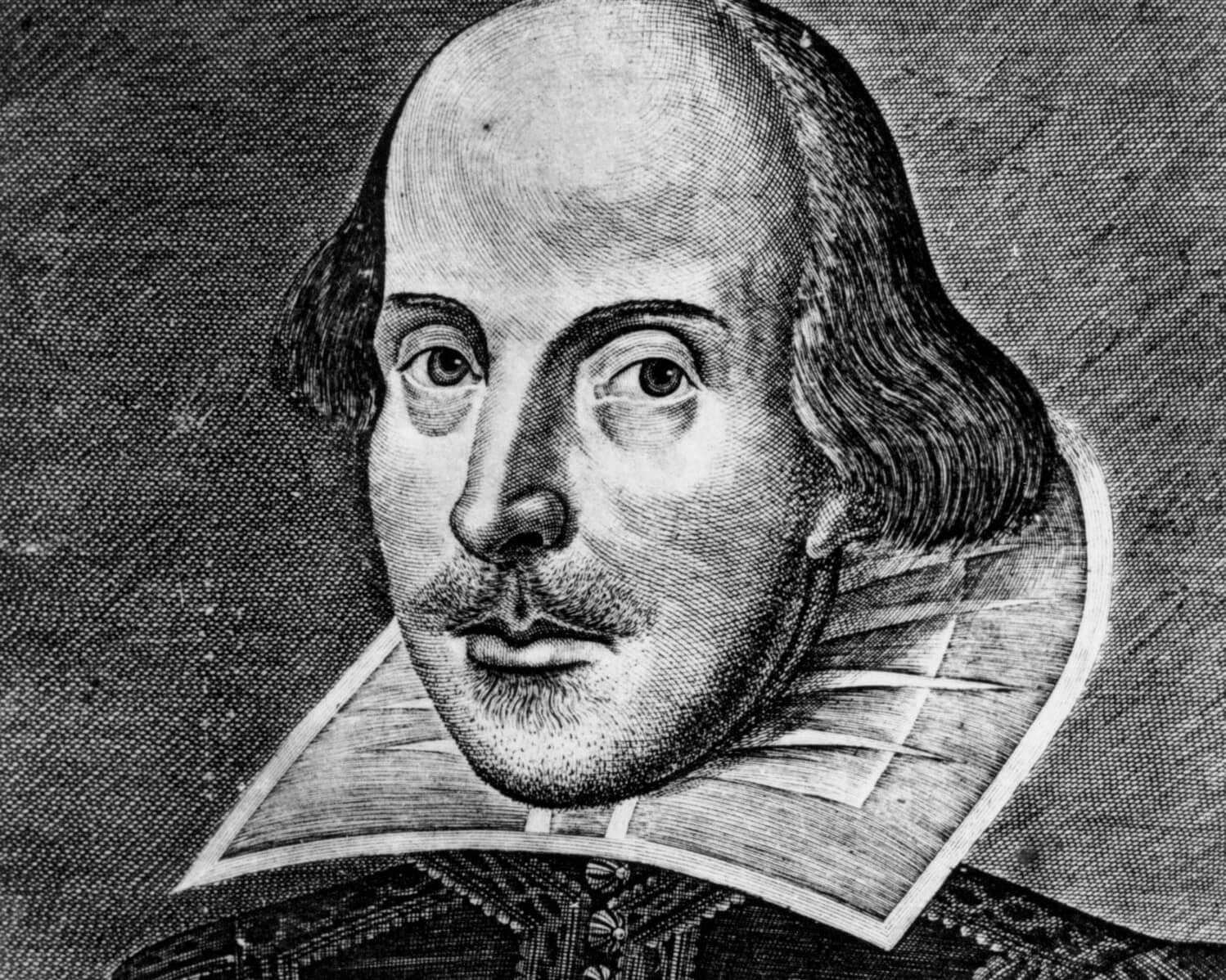 To say that Stratford is Shakespeare-centric is a wee bit of an understatement.  There are five Shakespeare houses to visit as well as the Royal Shakespeare Theatre and Holy Trinity Church, where he and many of his family are buried.

Visitors to the pretty town can take a hop-on hop-off bus tour around the town and see Shakespeare’s grammar school, Harvard House – built by the grandfather of Harvard University’s founder, and some beautiful chocolate-boxey half-timbered houses en route.

Boat trips are offered along the picturesque River Avon or you can take a walking tour of the town by day or a ghost walk at night. 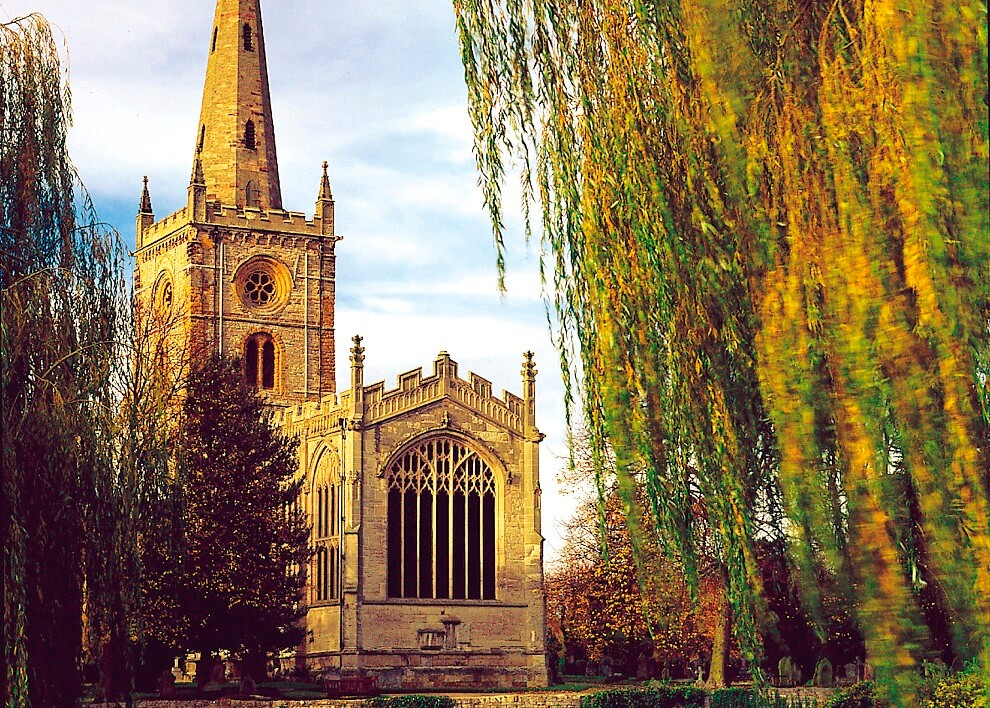 The five Shakespeare houses are the main focus of attraction for visitors and his birthplace, an original half-timbered 16th century building, is the magnet that draws pilgrims from Peru, Paris, Kazakhstan and Korea.  This is the home of Shakespeare’s parents – his father was a glove maker and a bit of an entrepreneur (or some might call him a dodgy dealer). John Shakespeare was on the local council and became High Bailiff (Mayor) of Stratford when William was four-years-old.  This enabled his son to go to the local grammar school for free and the rest, as they say, is history.

Visitors to the house get to see a new introductory exhibition ‘Famous Beyond Words’ which tells Shakespeare’s story from his birth in Stratford, his rise as a playwright to becoming a household name all over the world. 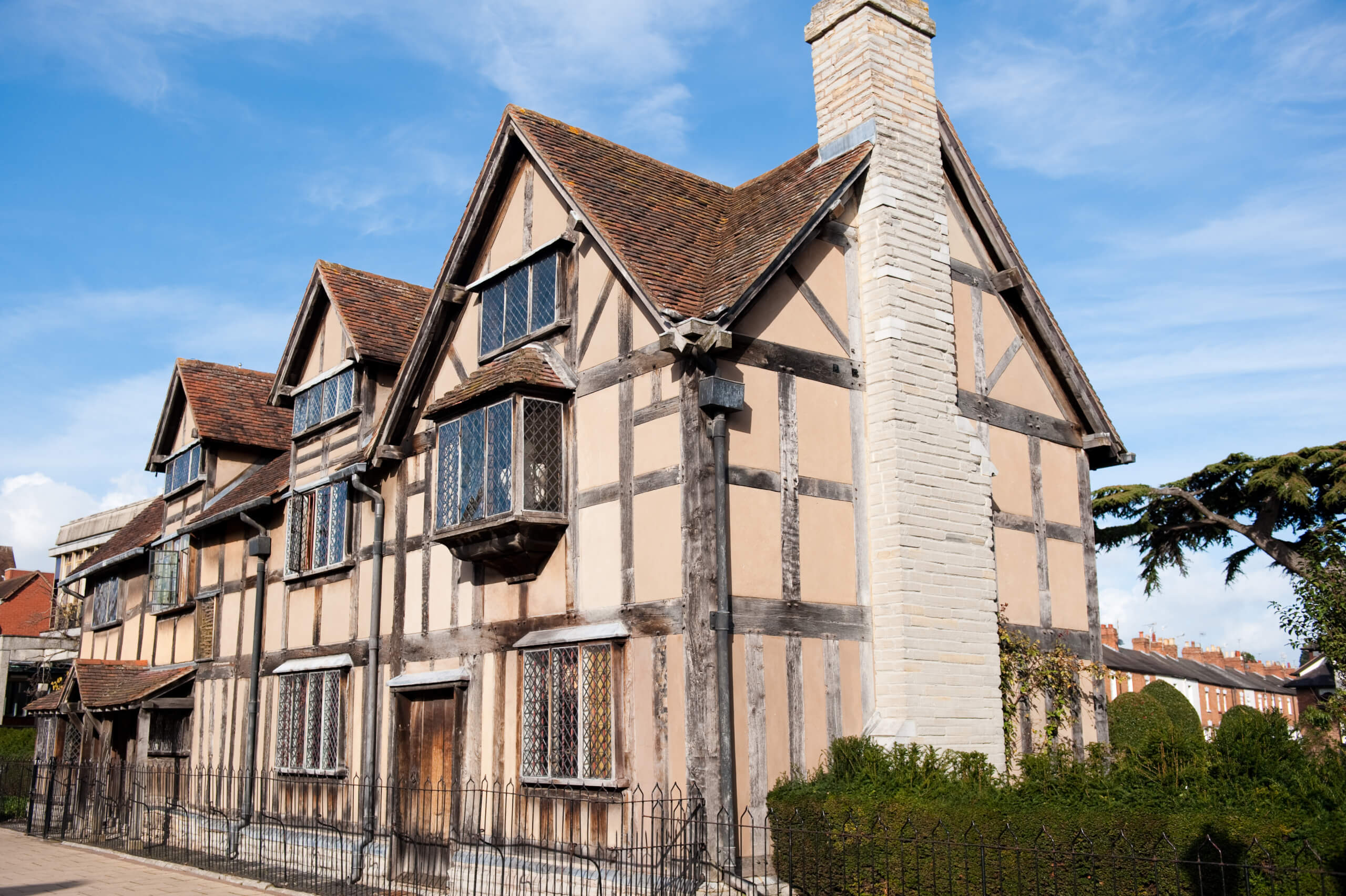 There is an array of Shakespeare memorabilia including  a copy of Shakespeare’s first folio and even the base of the market cross which stood in the centre of town when his father was selling gloves there on a Thursday.  The exhibition leads into a fabulous garden where a troupe of actors, Shakespeare Aloud, perform selections of the plays and sonnets.

Children are often invited to play alongside the actors – sometimes their first introduction to the Bard’s work and judging by the peals of laughter that echo around the garden, the children clearly love this experience.  (However, in Shakespeare’s day instead of a fragrant garden, you were more likely to encounter pits of urine and excrement from the tannery of John Shakespeare’s workshop). 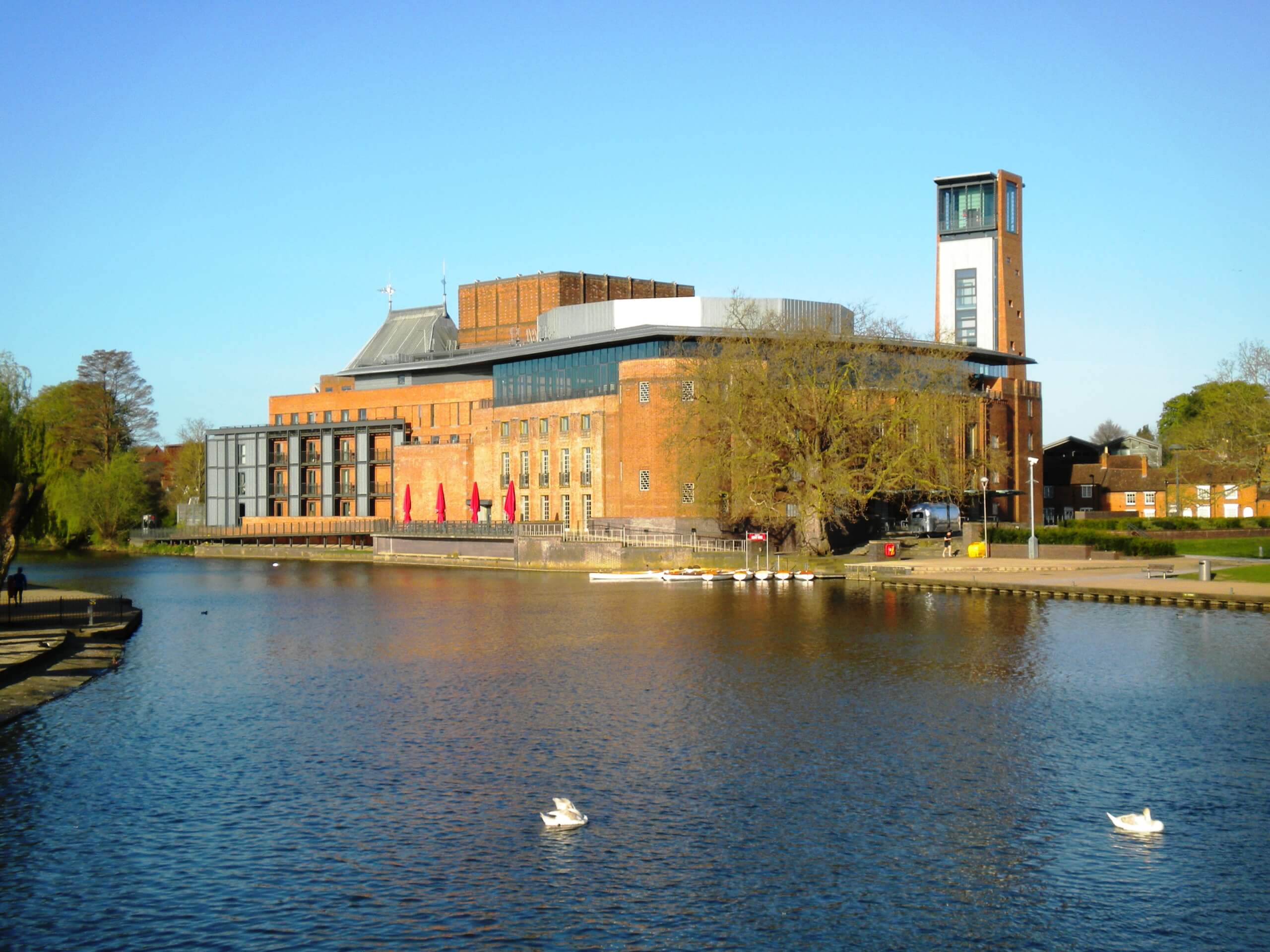 The Royal Shakespeare Theatre along the banks of the Avon was reopened in 2010 with a thrust stage that brings the audience right into the action with the players. (On occasion perhaps a little too close when actors have fallen into the audience). (Picture of the RST – Jennie Dobson)

Shakespeare productions of the very highest calibre can be seen on the stage of the RST and in the adjacent Swan Theatre performances of plays by Shakespeare’s contemporaries.  New works are often commissioned and this year there are some exciting new productions commemorating the 100th anniversary of WWI. 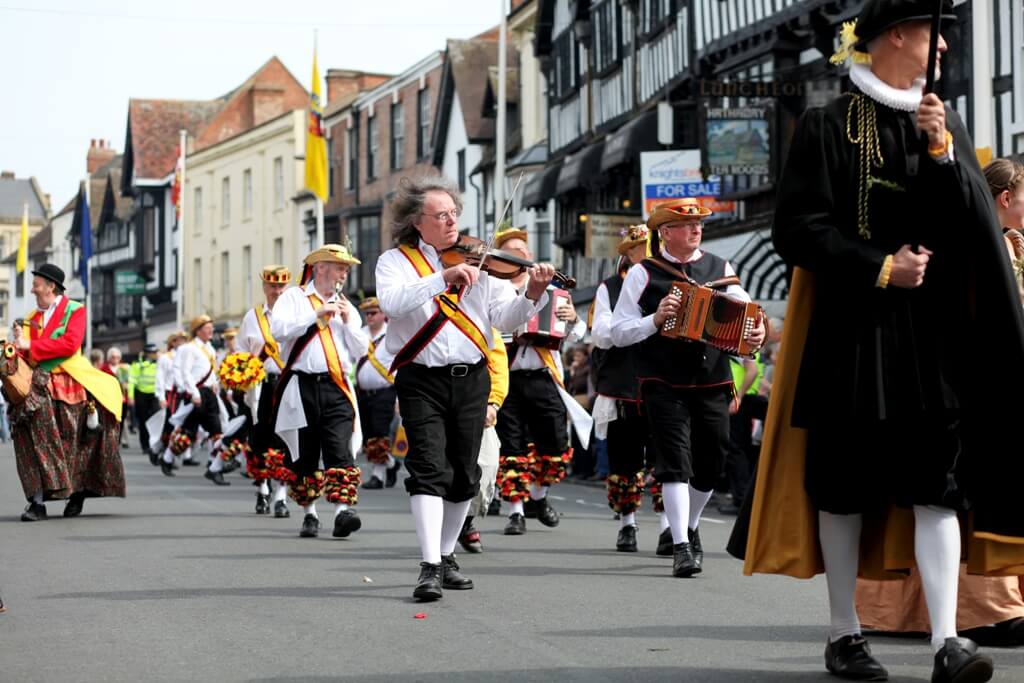 Another ‘must see’ for Shakespeare fans is Holy Trinity Church.  This is the place where Shakespeare was baptised and buried, where his family worshipped and where today you can visit not only his grave but also those of his wife and other family members, placed in front of the altar.

Every year on the weekend nearest to Will’s birthday, the town celebrates with a huge procession to the Church.  This year the procession is expected to be 1,000 strong with ‘the Big Birthday Cake’, schoolchildren, actors from the current RSC productions, costumed Elizabethans, marching bands, diplomats and VIPS all taking part.  By the end of the procession, Shakespeare’s grave will be awash with a breathtaking display of spring flowers. 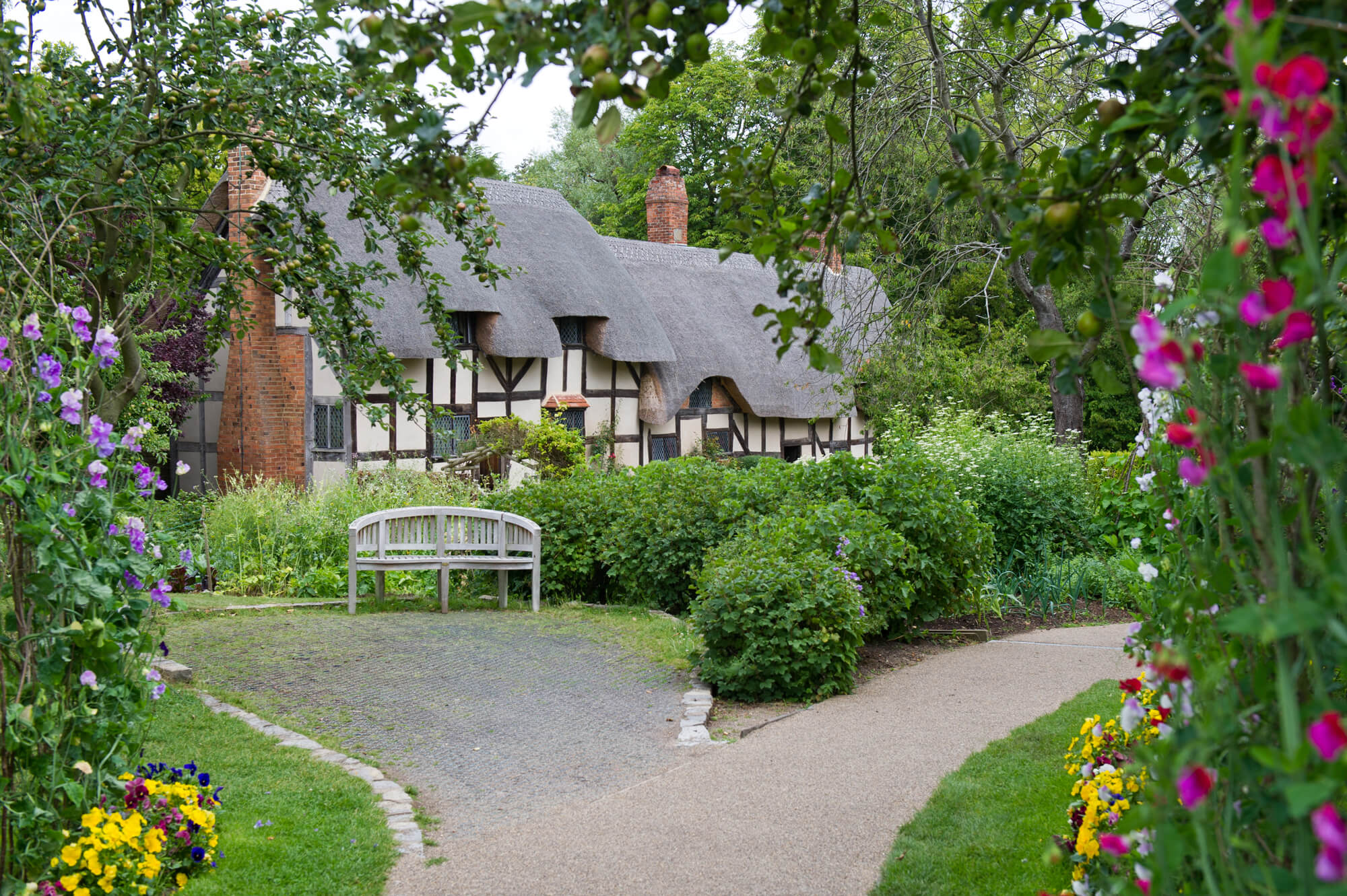 There’s also a posh lunch for the great and the good and for everyone else the Shakespeare Birthplace Trust and Royal Shakespeare Company have a full day of entertainment planned.  There’ll be music, street entertainers, storytelling, acting, stage combat and theatre make-up activities, tours of the Shakespeare houses, children’s parties and sonnet readings.  The birthday weekend this year falls on April 26th/27th and more information is available here. 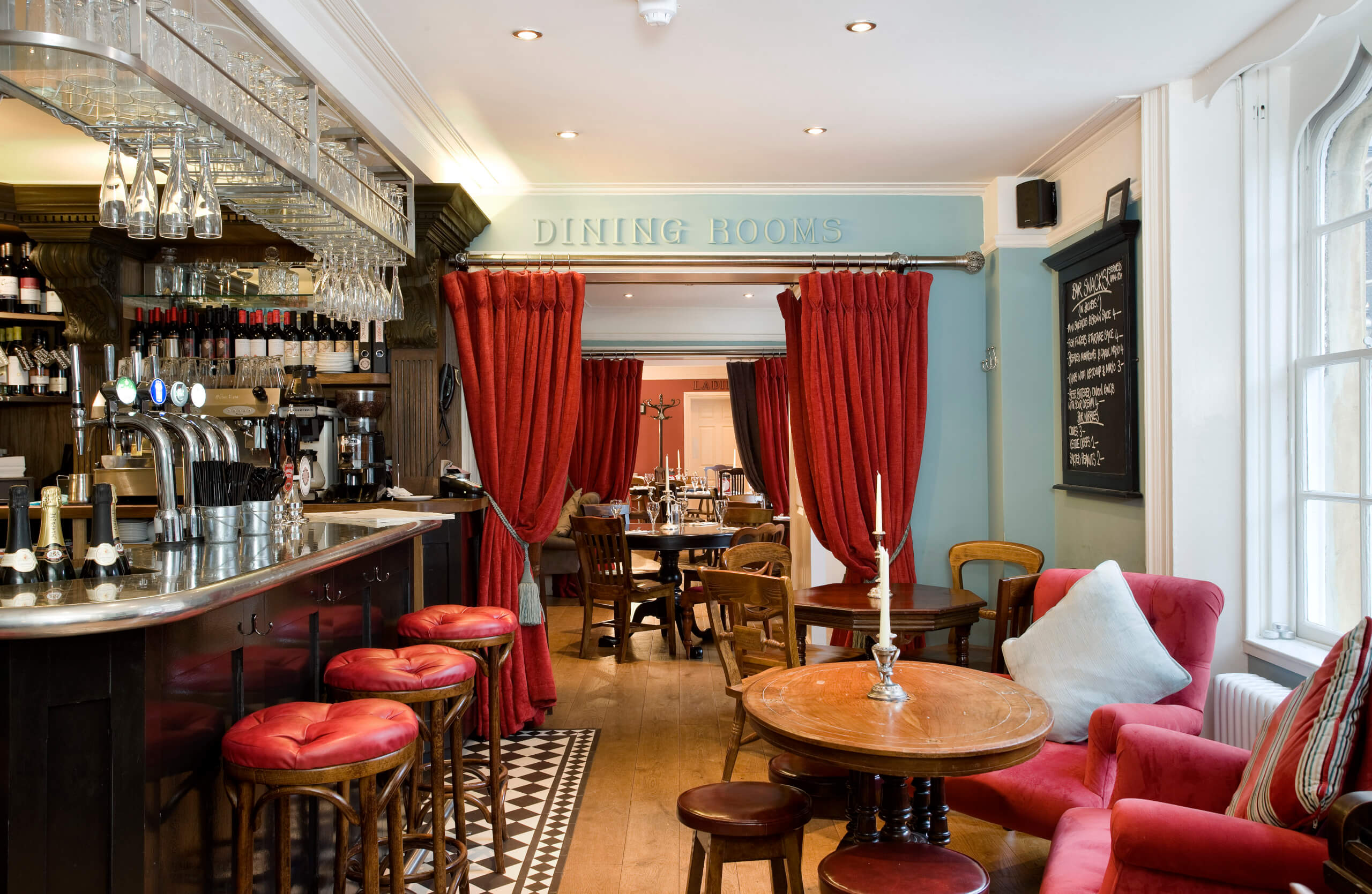 Stratford boasts hotels to fit all tastes and wallets. The Church Street Townhouse is a small boutique hotel offering a unique ambience for an average £110-170 per night (depending on weekday/weekend occupancy).  It is opposite Shakespeare’s school and just five minutes’ walk from the Shakespeare houses, Royal Shakespeare Theatre and River Avon. http://www.churchstreettownhouse.com/

All pictures courtesy of Shakespeare’s England 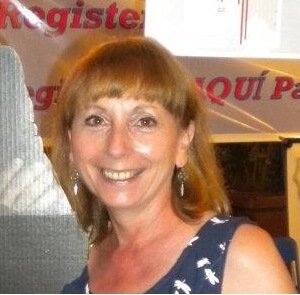 Jennie Dobson has worked as a press officer, a journalist, and presently as a guide in Shakespeare’s Birthplace dressed as a Tudor servant. She has contributed to an eclectic selection of magazines and has an MA in a Shakespeare-related subject. She is currently writing an historical novel. Contact her at: http://www.jenniedobsonwriter.com