Travel / Features / About Time: You Discovered the Top 7 Beaches in Malaysia

About Time: You Discovered the Top 7 Beaches in MalaysiaBy Angelica Malin

It’s no secret that Malaysia is home to many great beaches, but because it’s surrounded by other exotic destinations like the Philippines, Indonesia, and Thailand, tourists often overlook just how superb some of the country’s best beaches really are. On one hand, that’s unfortunate for Malaysia’s tourism because the beaches aren’t nearly as popular as they should be, considering their quality.

On the other hand, the fact that many of Malaysia’s best beaches are less known makes them more private and secluded, which is desirable for those of us who like to enjoy serenity at the beach instead of competing with large crowds. With that said, here are 7 beaches you won’t want to miss on your next Malaysian vacation: 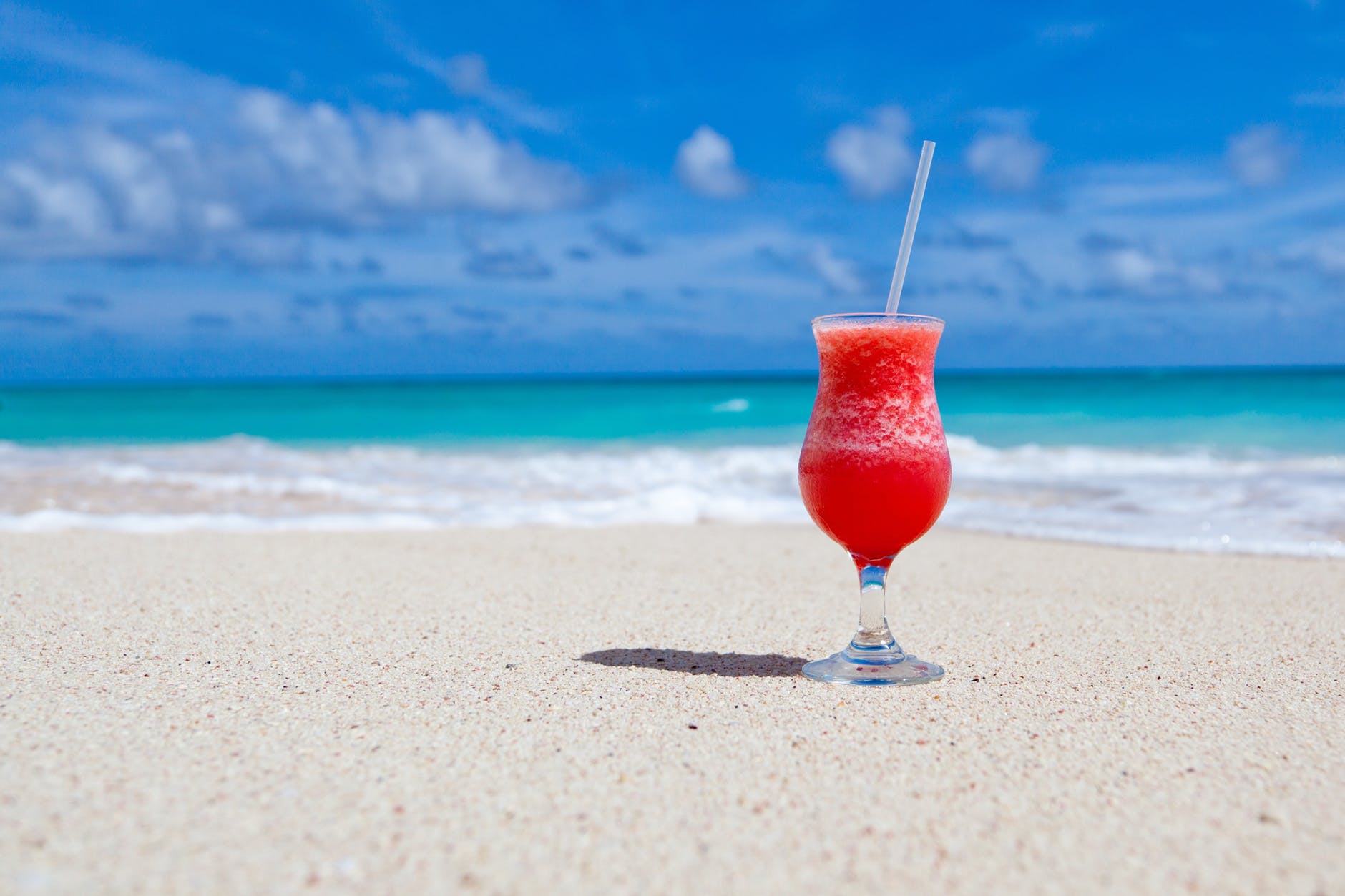 The clear blue waters of Redang beach are truly paradise-like and the region is sparsely inhabited, so it’s the perfect place to be at one with nature. Despite being uncrowded most times of the year, it’s a premium snorkeling destination and there’s even a nearby turtle sanctuary called Turtle Beach.

Accommodations in Redang are more expensive than in other parts of Malaysia’s east coast, but the privacy and scenery quality make it well worth the extra cost. Booking in advance through a Malaysia tour agency like 1DAsia, who also offer snorkeling tours and other packages, is the best way to save on hospitality and activities in the area.

Langkawi is known for being one of the more luxurious beaches in Malaysia, with smooth white sand that borders the perfectly manicured lawns of picturesque resorts. There are lots of ferries nearby that will give you a nice coastal view from the water as well.

Some of the resorts have incredible infinity pools that teeter on the brink of the sea and provide endless views of the horizon. Be sure to check out the impressive panoramic views of the Langkawi Sky Bridge while you’re in the area. Hiking up to Seven Wells waterfalls is another must-do activity to add to your Langkawi itinerary.

Borneo Beach is a well-known tourist destination and the shoreline spans far enough to be classified into several different sections. White sandy beaches are the norm, but perhaps the most interesting part is the rocky “Tip of Borneo” Beach, as it’s located far enough from the city to allow for better privacy and excellent views of the stars at night.

Other than the occasional group of surfers, a handful of tourists, and few restaurants and small hospitality venues, the Tip of Borneo beach is usually refreshingly empty – most likely because it takes a while to get there when you’re traveling by bus, as many tourists are. 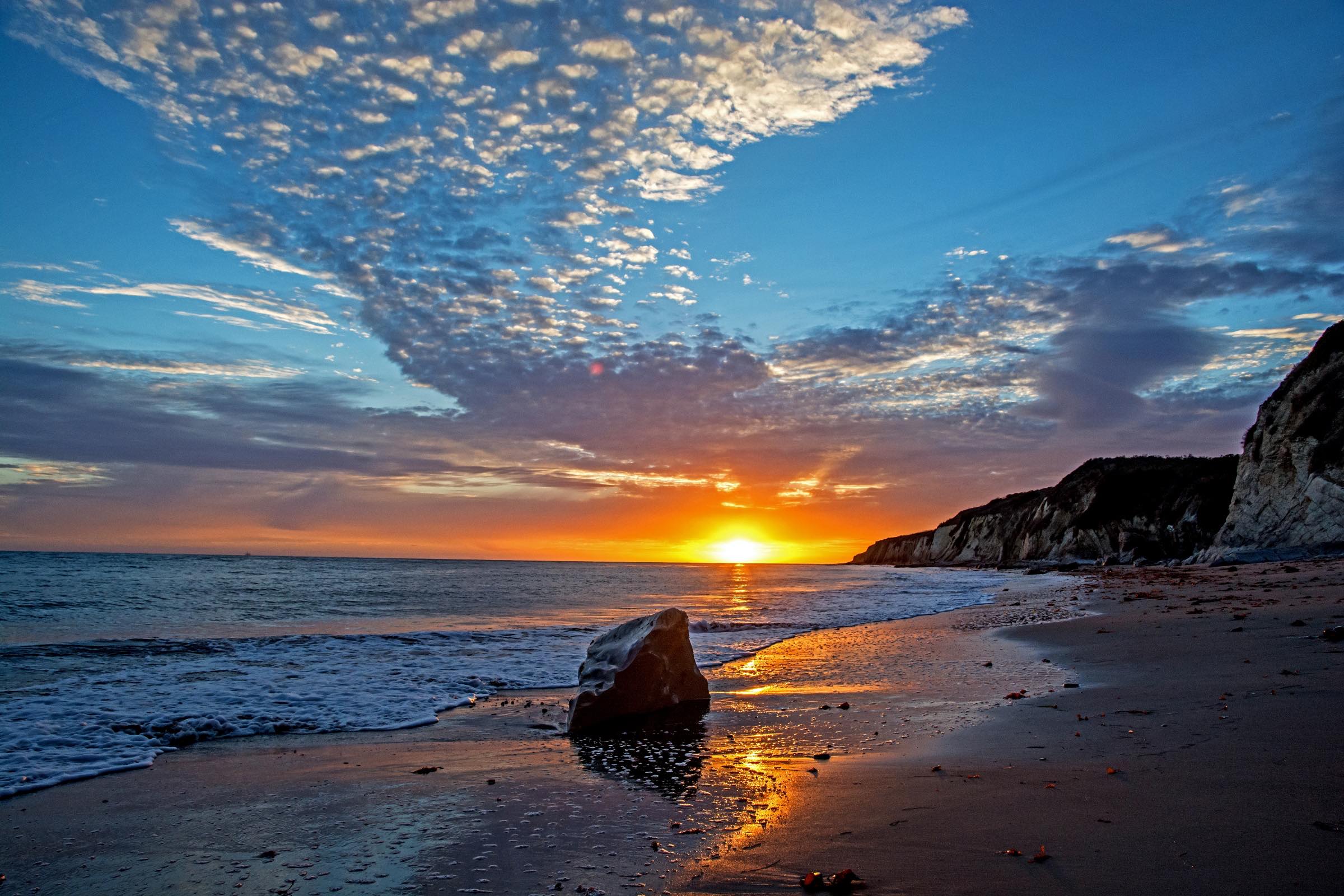 The island of Pangkor is literally enclosed by a continual coastline of ideal sandy beaches, but the most popular is Pasir Bogak with its serene bay that plays host to unforgettable sunsets and bustling evening festivities. You can regularly find street food vendors offering up delicious cuisine right there on the sand, so it’s a great place for wrapping up a long day of exploring in extremely relaxing fashion.

There are plenty of cool beaches on every side of Tioman Island, but the highlight is Jaura Beach with its unique golden sand, which makes it stand out from the typical white sand beaches found on most other islands in Malaysia. The lagoon at the southern tip of the beach provides a perfect spot for calming oceanic swimming while the nearby turtle sanctuary and hiking trails should give you something extra to do once you’re done soaking up the sun and sea. 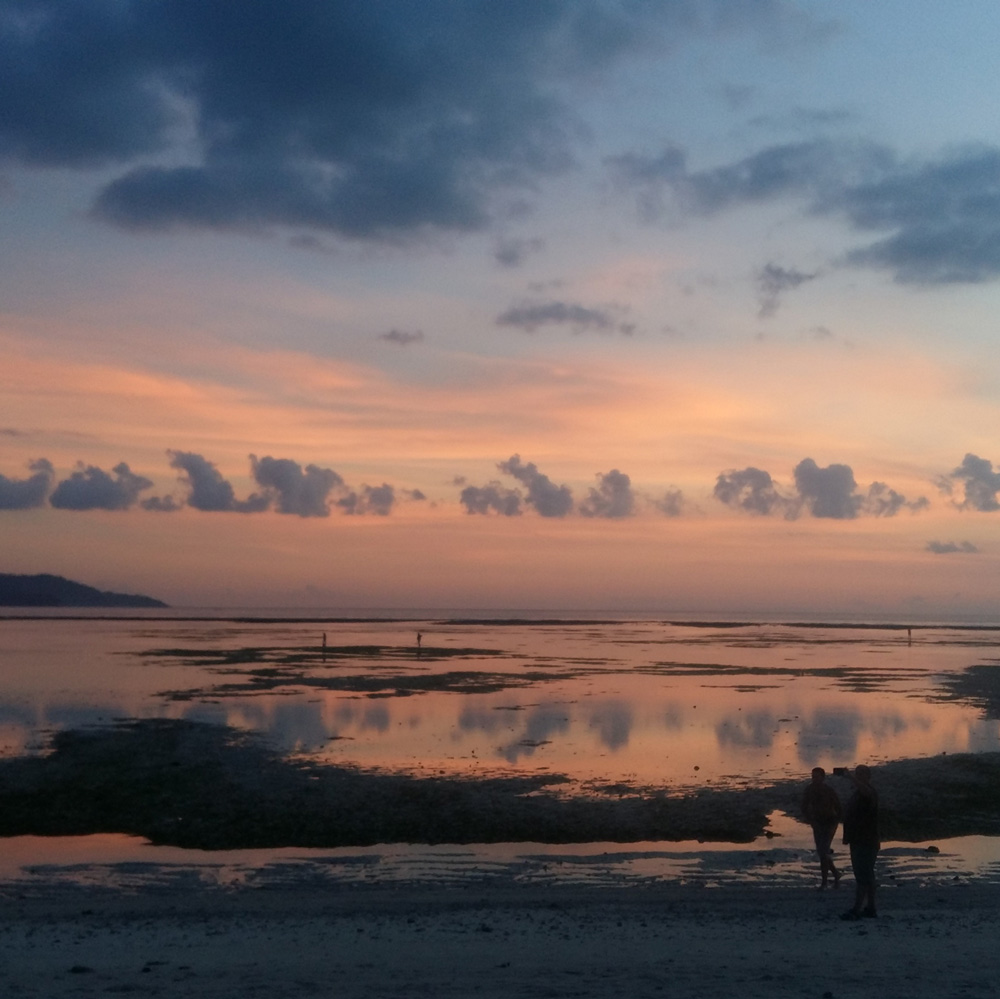 The Perhentian islands have gained popularity in recent years thanks to their incredible beaches, but the best is probably the interestingly named Adam & Eve Beach.  As if the name doesn’t already conjure up images of a beach paradises similar to that of a movie, consider the fact that it’s only accessible via boat or jungle trail. While the latter seems more challenging, it will usually be more adventurous and memorable than a simple boat ride.

Rawa Island is a small slice of paradise without a doubt, and it’s highlight – impactfully named “The One Beach” – is so unbelievably gorgeous, it’s hard to believe that it’s so empty throughout most parts of the year. This is another example of how in the abundance of awesome destinations in this area, the world makes it possible for even the most exotic gems to slip by relatively unnoticed by the general public.

Now that you have a nice curated list of the best beaches in Malaysia, you might be thinking that you can reasonably visit all of them within the span of a few days to a week. While that is true to an extent, you won’t have enough time to actually appreciate nearby attractions and the various sides of each beach unless you spend at least 2-3 weeks on a Malaysian beach hopping extravaganza.