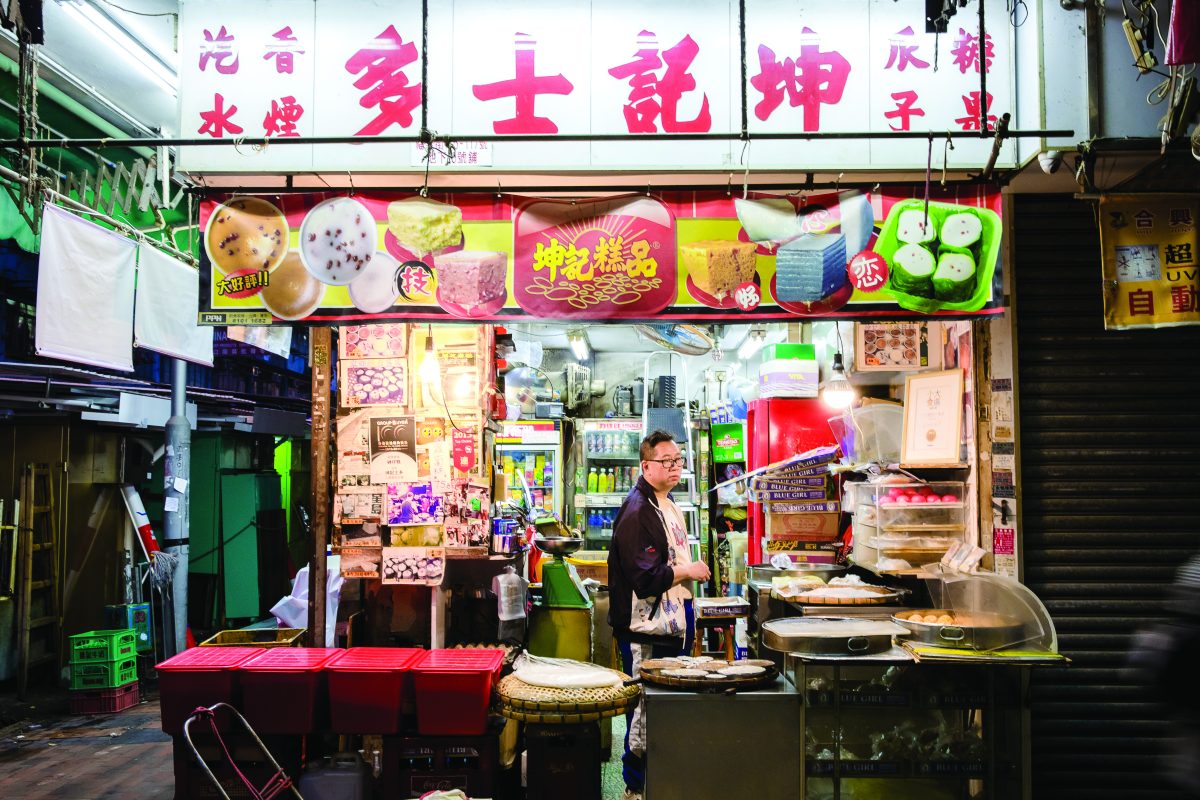 The Lowdown: The Hong Kong Tourism Board has released a new self-guided tour encouraging visitors to discover West Kowloon’s must-visit eateries and local food markets. The vibrant neighbourhood is home to family-run establishments that have played a part in shaping Hong Kong’s culinary landscape, as well as characterful architecture, quirky vintage emporiums and new world-class museums.

With nine stops along the route, the tour serves up historical slices of the neighbourhood through some unmissable flavours, such as traditional sweets and desserts, handmade noodles and preserved foods. Highlights of the tour include visits to the bustling streets of Ferry Point and the newly renovated Woosung Street Temporary Cooked Food Hawker Bazaar, which offers more than 20 food stalls with casual outside seating. 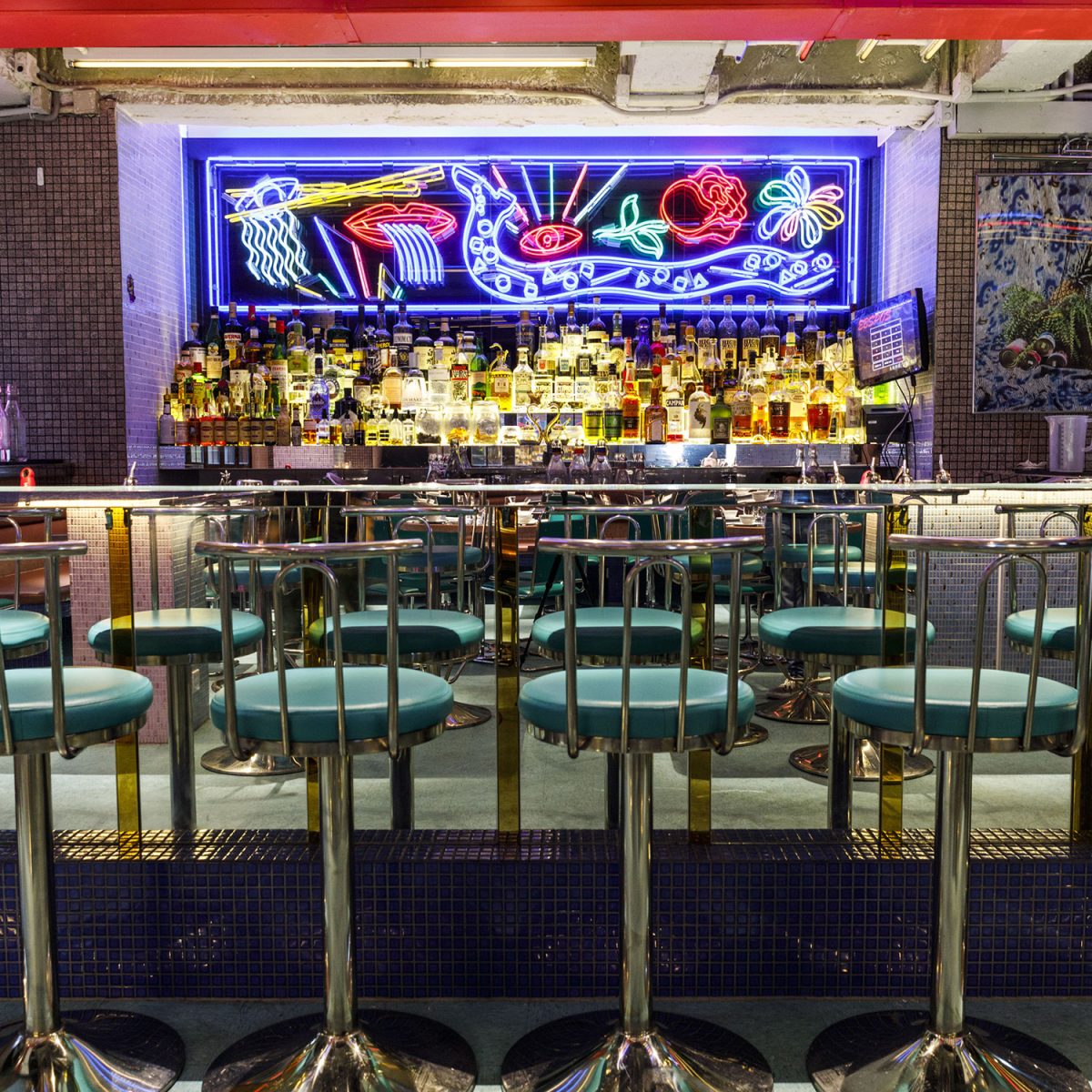 The market is used as a ‘Playground for All’ combining tradition with modernity, as seen throughout the city, to inspire the community with cultural performances, exhibitions and mouth-watering meals from local businesses and creative start-ups. 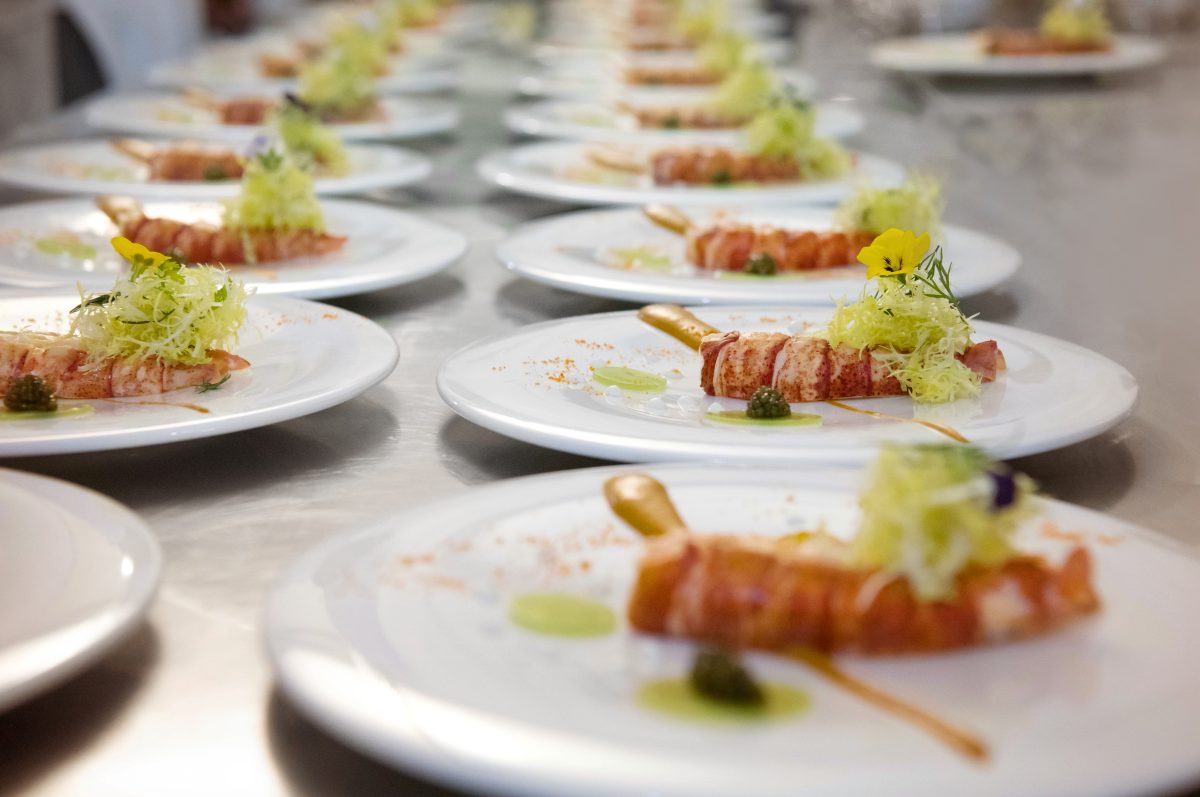 The Lowdown: Collaborations between chefs has been a key trend in Hong Kong this year, bringing new experiences to diners. Chef Eric Räty of two-Michelin-starred Arbor joined Christopher Ho, a local self-taught chef, in creating a distinctive tasting menu fusing local culture with Finnish cuisine. Meanwhile, the Michelin-starred restaurants Spring Moon and Gaddis came together to offer a split tasting menu with a walk in between the venues for diners to experience two of Hong Kong’s highly regarded restaurants in one night. 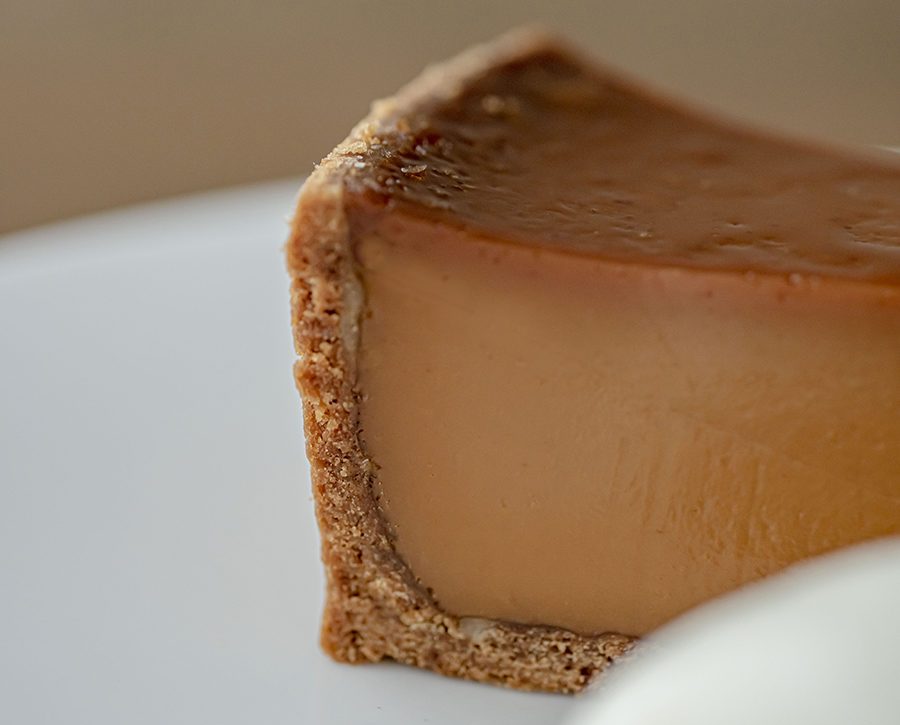 The Lowdown: Hong Kong’s varied food scene is leading the charge in championing sustainable dining. Establishments from luxury restaurants to independent coffee houses are on a mission to help reduce their carbon footprint. Michelin-starred Roganic is committed to provenance of ingredients from local farms which creates dishes inspired by the city. Owner and chef Simon Rogan’s efforts have earnt Hong Kong its first Michelin Green Star. 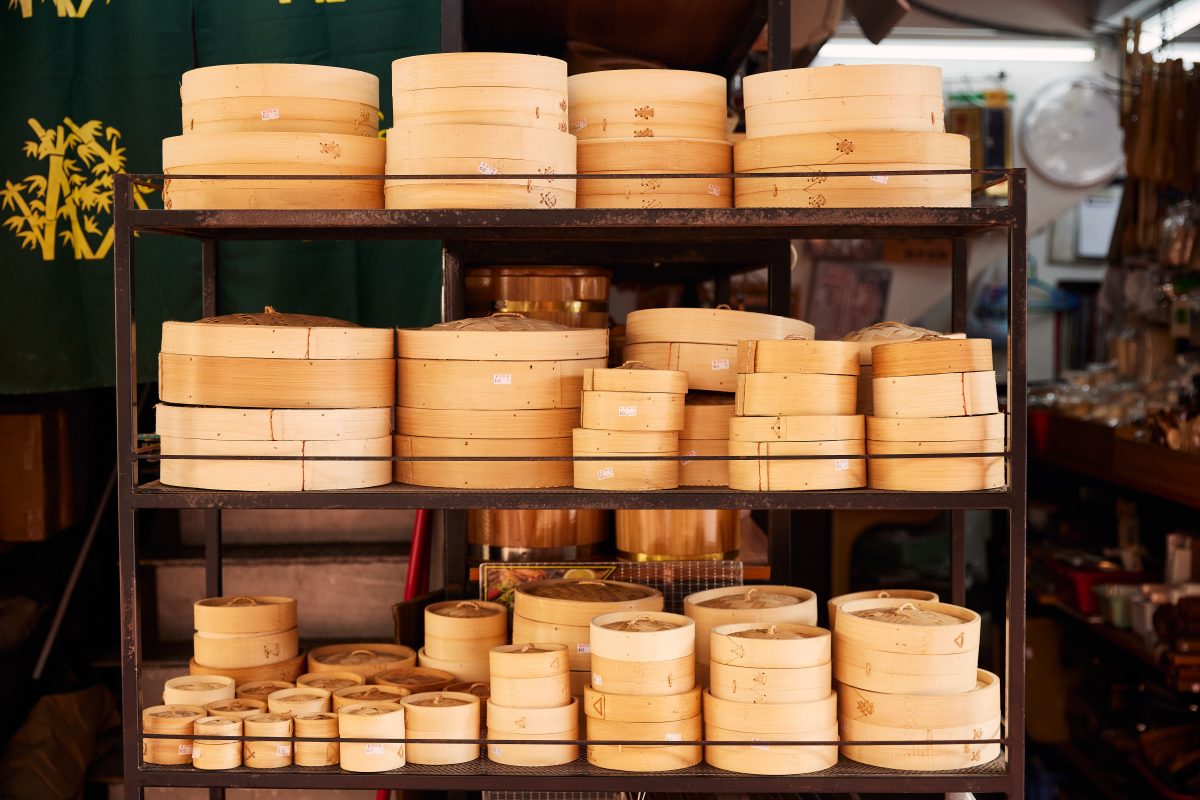 The Lowdown: The first restaurant of its kind in Hong Kong, Fireside offers a unique ‘back to basics’ open-fire grilling dining experience. The kitchen, which is free from any modern cooking utilities, features only an open-fire grill fuelled by curation of exotic firewood embers. In a bid to showcase the naked complexity of each and every ingredient; from butchery, to smoking and aging, grilling and presenting, the entire cooking process takes place fireside, before diners who watch on as Executive Chef Miguel Gallo transforms fresh seafood, meats, and locally-grown vegetables into refined, signature dishes. 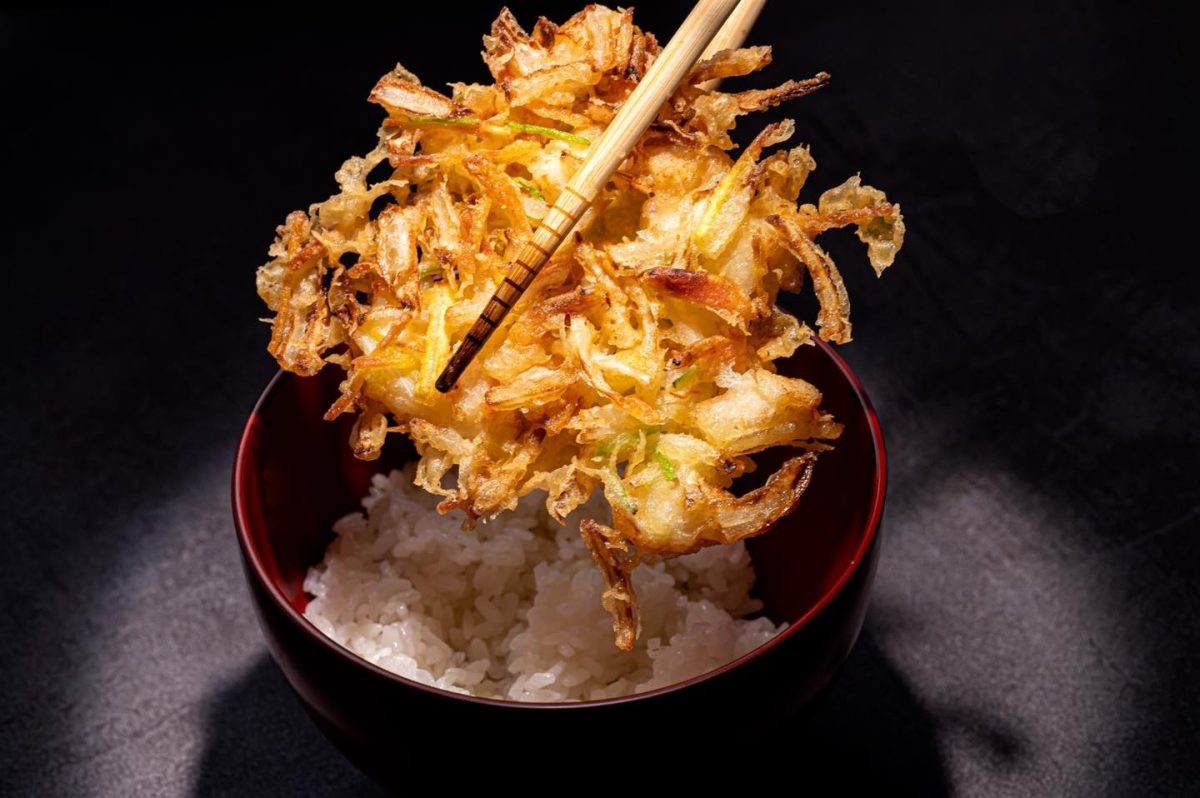 The Lowdown: With its spectacular 270-degree view of Victoria Harbour, Wa-En Kappo is the newest addition to Sheung Wan’s dining scene. The chic Japanese restaurant does not offer a menu, as guests are simply treated to an exclusive selection of up to 11 courses, discovering dishes such as fresh seasonal sashimi to sea urchin pasta, Kagoshima A4 tenderloin and the city’s only fish maw tempura.

Head chef Kris is a ‘tempura master’ with over 20 years of experience. Having worked at a number of Michelin-starred restaurants such as Wagyu Kaiseki and eight-time Michelin star winner La Bombance in Hong Kong, his traditional Japanese cuisine seamlessly blends ancient techniques and modern flavours, taking guests on a unique culinary journey. 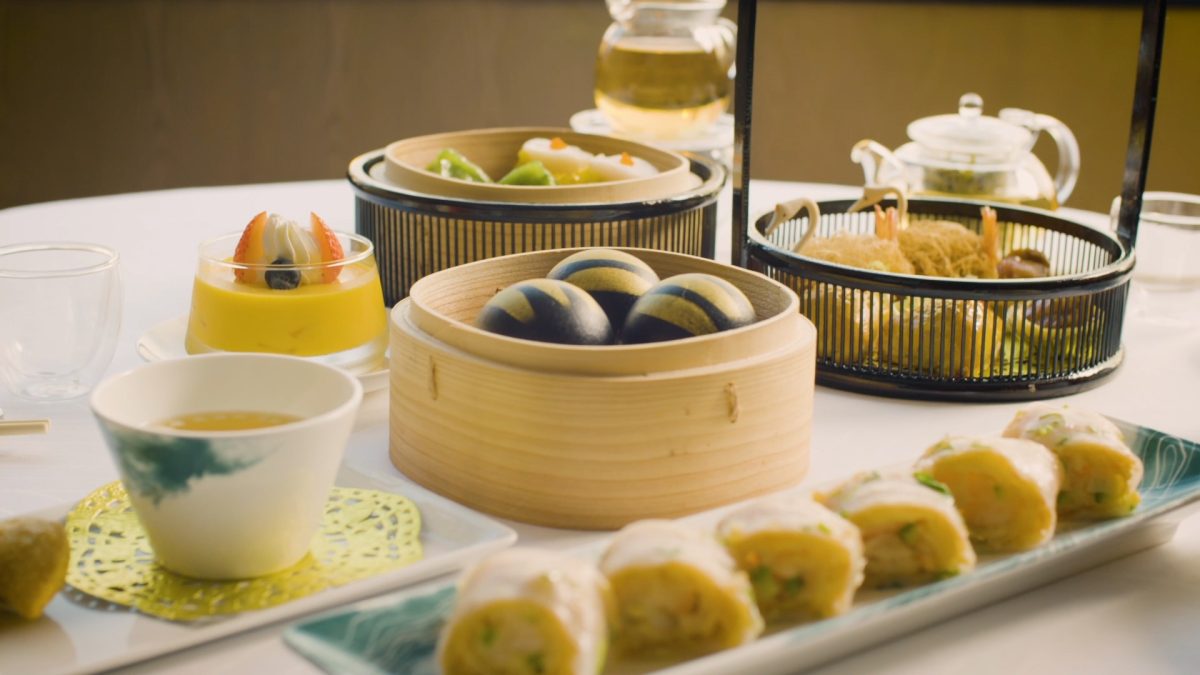