Uncategorised / About Time: You Discovered Galway by Car

About Time: You Discovered Galway by CarBy Angelica Malin

As Ireland’s second largest county, Galway understandably has a lot to offer. Covering such a large amount of terrain could pose a problem… unless, of course, you have your own set of wheels. Travelling around Galway by car is such a different experience from relying on (the unreliable and infrequent) public transport or splashing out on package tour deals.

As well as saving yourself a packet in expenses, taking your own car across on the rapid and regular ferry will afford you unparalleled freedom when you finally do make it to the Emerald Isle. With the wind in your hair and the wheel in your hands, you’ll have the world at your feet.

Here are some of the major highlights of Galway County, best reached via the comfort of your automobile.

Sitting slap bang in the middle of the world’s longest uninterrupted coast drive, the Wild Atlantic Way, the Galway coastline has much to offer. Besides the gorgeous beaches and awe-inspiring cliff faces, there’s also Achill Island. Connected to the mainland by a slender bridge, this diminutive rock in the sea has 16th century architecture, a ghost town, its own heritage and mythology and water sports by the plenty.

Immerse yourself in nature 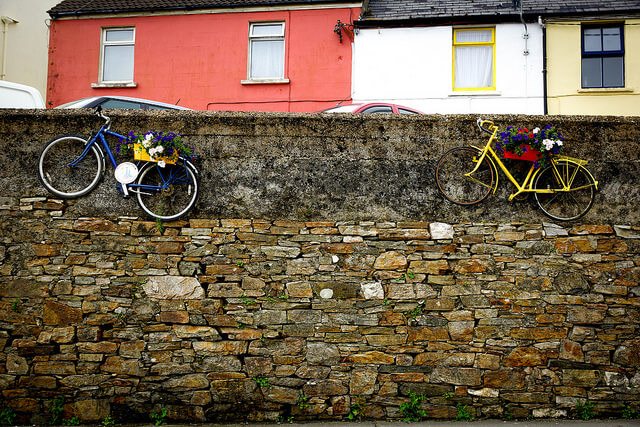 The 3,000-hectare Connemara National Park is sprawling in its magnitude and breath-taking in its beauty. Get away from it all by hiking one of the many signposted hiking trails around the park, or simply while away an afternoon enjoying a restive picnic in the wilderness.

Steeped in history, this remote Abbey is an idyllic example of neo-Gothic architecture, located precisely in the middle of nowhere. By purchasing a combination ticket to Kylemore Abbey itself and the surrounding trails, you can gain an insight into its past as a nunnery, estate and school, as well as being allowed a spectacular bird’s eye view of the entire complex.

Take a stroll along the Galway Promenade

In Galway city itself, the irresistible sunsets afforded by a view of the coastline are too much of a draw for many to turn down. On the other hand, the Irish weather being what it is, you might just be treated to a furious storm rolling over the distant waters… which is certainly no less impressive. Either way, you’re guaranteed a good show.

Embrace the theatrical at Druid Theatre

Speaking of shows, what better place to take one in than in an award-winning venue which has been opening its doors to the public for decades on end? Druid Theatre is famed throughout Ireland as promoting the work of exciting and innovative young Irish playwrights, as well as offering up interesting new takes on old classics.

You’ve tried the Guinness, you’ve wolfed down an Irish stew – now prepare yourself for the finest fish and chips you’ve ever tasted. With a whole host of awards to back up their reputation as Galway’s best eatery, McDonagh’s serves up mouth-watering seafood in a homely and boisterous setting, allowing you to enjoy Ireland’s finest cuisine in its warmest environs.

This post was written in association with P&O Ferries