A Year in Music: About Time’s Best Artists of 2015By Oliver Malin

2015 has been a particular interesting year for music. Those that grasp of the possibilities of technology, combined with raw, honesty artistry in the crafting of music, have been the real winners. This list will shine a light at some of the key artists of the year and some of the moment which defined their success. Here’s 5 artists that have defined our year: 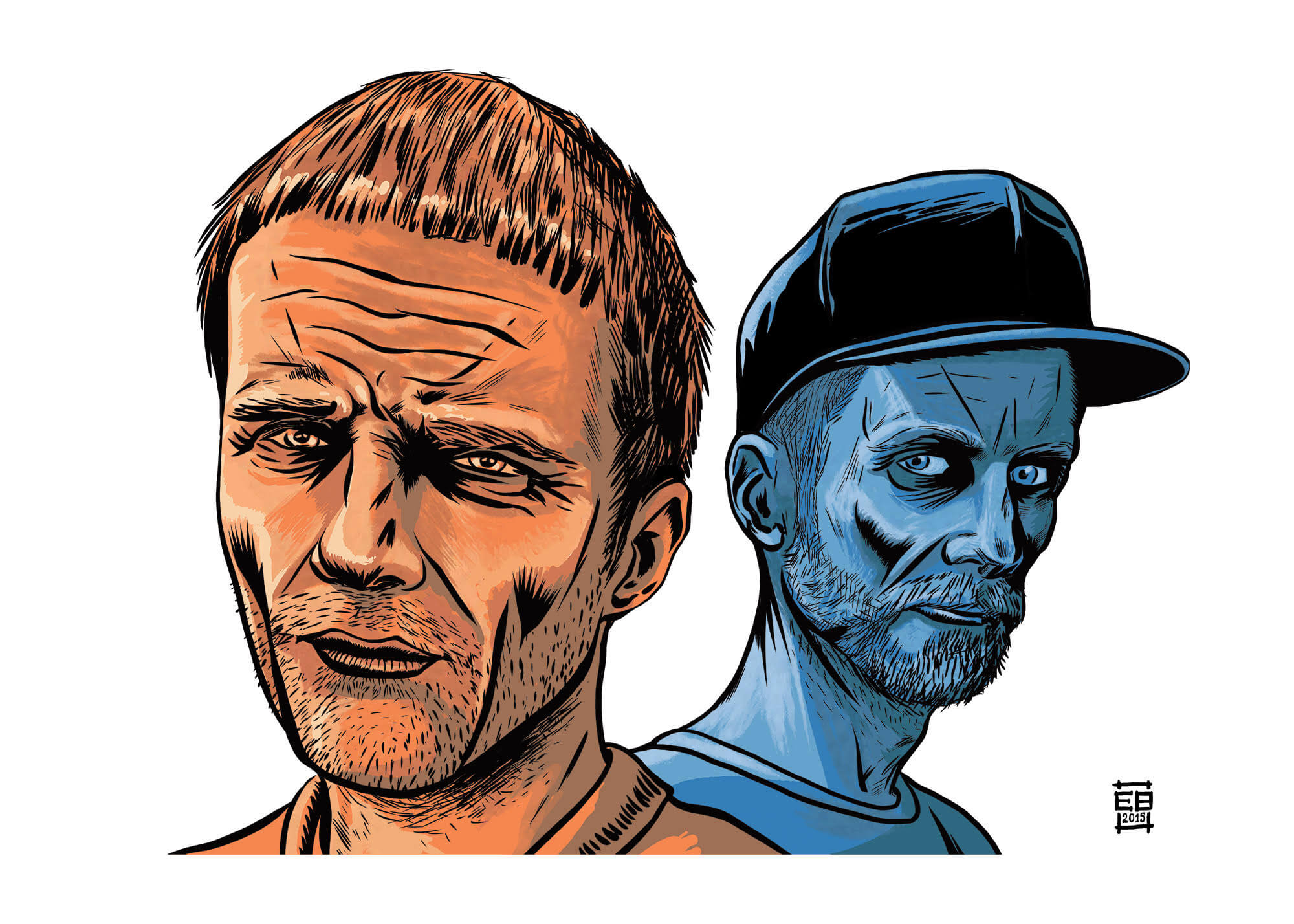 Let’s start with the oldest (age wise) and newest artists first. Sleaford Mods, the best pair to come out of Nottingham since Robin Hood, would be embarrassed to be mentioned in such a high-end affluent twenty-something trustafarian publication, however they deserve a spot.

Sleaford have exploded onto the music scene this year. Nothing is left to the imagination as the skillful lyricism of Jason Williams paints a vivid picture of the marginalized working class anti- hero Thatcher tried to destroy with every drop of milk she taxed. Where punk was often too concerned with looking good for the skanky looking girl in the front, Sleaford have reignited the spirit of British bands like Crass, with a particular brand of intelligent insight and skillful word play.

I think that’s why a bunch of 40 year old scary looking men have caught so many people’s imagination, from the spoken word, the hip hop and indie kid communities. Everyone is constantly  looking for a artistic vehicle that encapsulates their frustrations, Sleaford have driven this vehicle down the A40 at 100mph and this is what we’ve been crying out for this year. 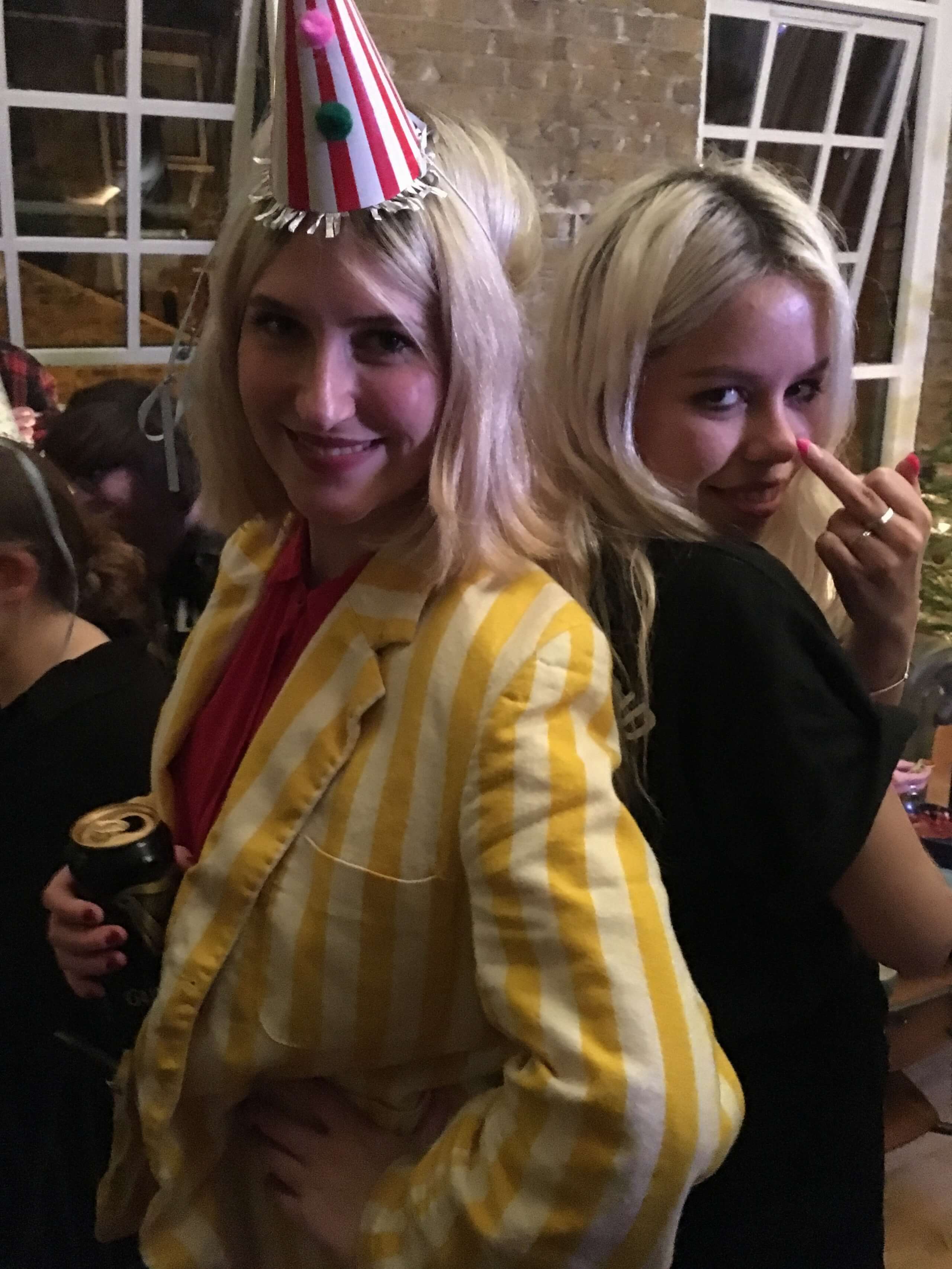 The next musical moment goes to: Slaves. Slaves are a kind of like S-Club Junior version of Sleaford Mods. They dwell from  somewhere call Kent, which was home to Wyatt Tyler who started the Peasants Revolution in 1381 and later went on to sign a three album deal with Island.

However to cast S-Club 7 aside for a minute, Slaves have a raw, youthful, angry energy you need to really ignite controlled mayhem. Their live shows along with extremely  accessible pop punk ballads have become a symbol for the state of the nation, angry and in need of some violence. Songs like “Cheer up London” is a perfect distillation of what they do – they capture the current mood which probably extends beyond London EG. “In this city, the only way you can survive is having an enslaving job that takes every bit of your soul, energy and mind so you can come back to your overpriced flat in zone 6.” 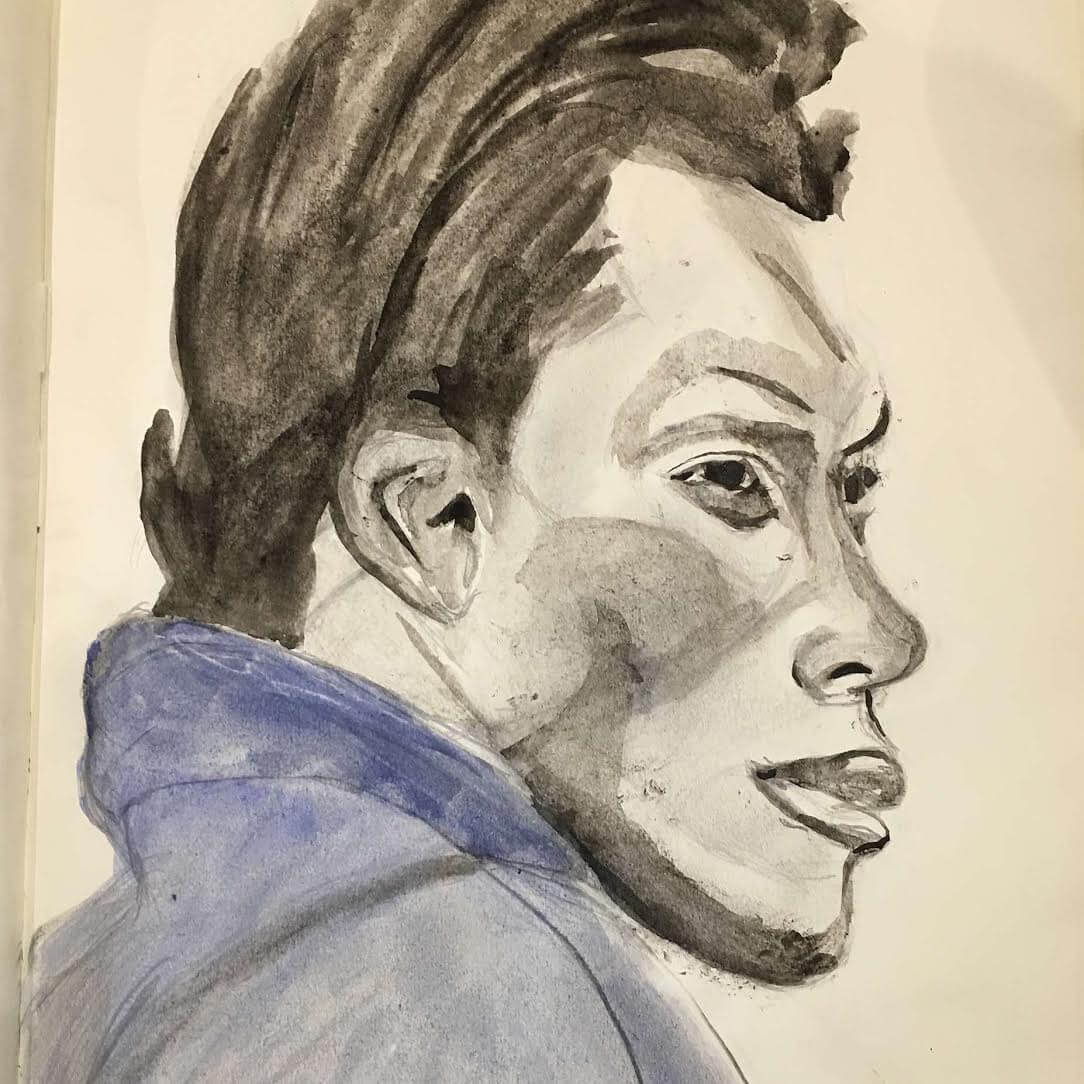 Onto the vague mainstream, Benjamin Clementine. He won the Mercury Prize, and unlike many Mercuries before, this felt like the award  finally had some purpose. His music sounds like a lot of greats but at the same time doesn’t sound like any of them because it’s so unique to him. He’s a real enigma. He has the romanticism Pete Doherty quested to find through thousands of needles but could  never quite hit the right vein. The soulfulness of Nina Simone, without all the narcotics and a Nick Cave shaped sponge for absorbing and reflecting delicate emotions through the craft if songwriting.

Clementine should be a poster boy forever more for young artists first real and defining experiences of the world and how they respond to the sadness and joy in equal measure.

I think what really typifies of how important he is as an artist is when he won the mercury he asked all the other musicians to come on stage and share in the award whilst equally  uniting the music industry in a communal mourning for what happened in Paris.  Live Television isn’t usually worth watching but on this occasion everything that is beautiful about music on every level was perfectly recorded. 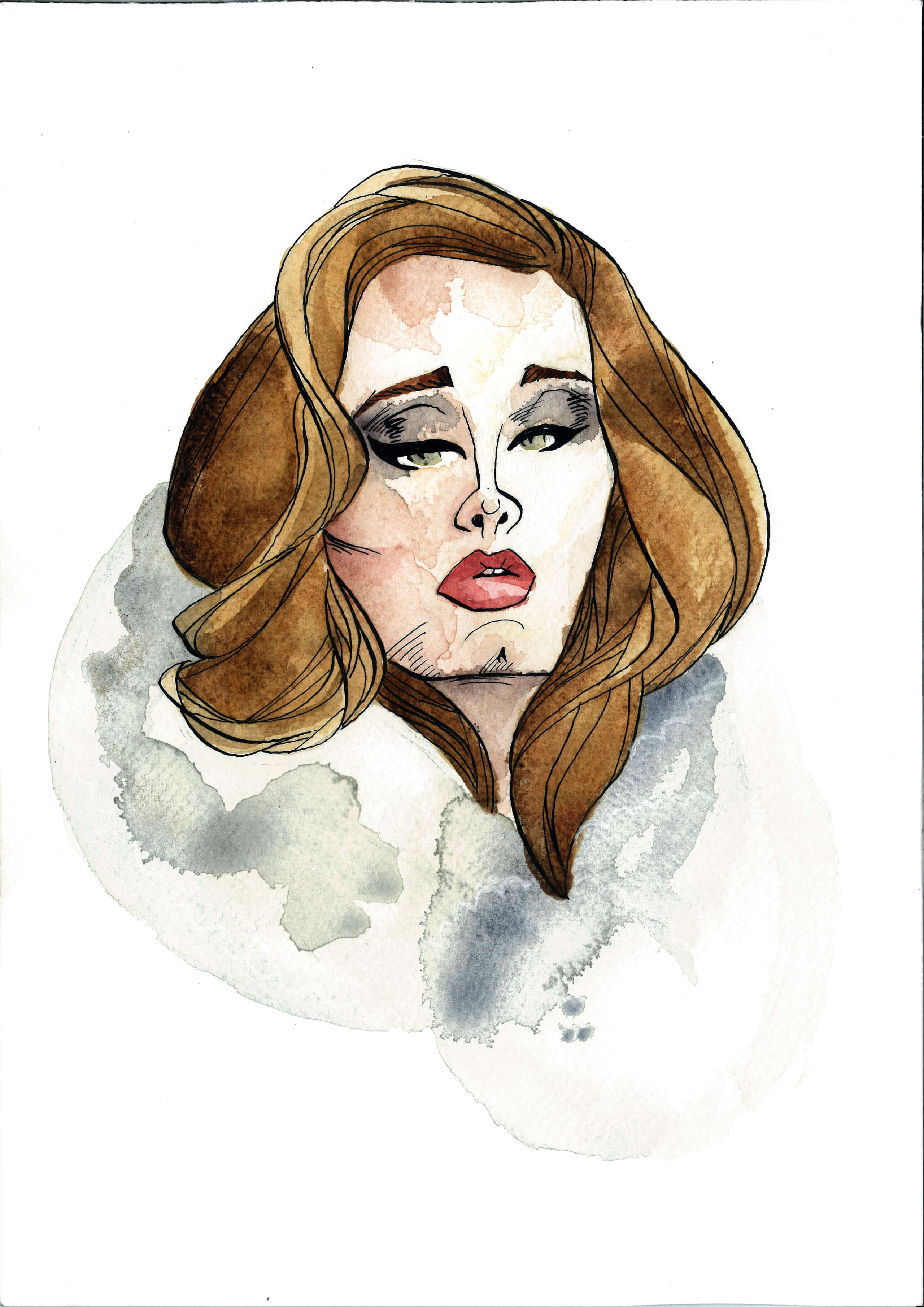 Moving one one emotional roller coaster to another: Adele.

Adele’s success has been, well, astronomical is not the word. Adele is basically her own industry – there’s the music industry and then there’s the Adele industry, as Music Week rightly said. What’s the secret to her success? Is is the fact that she is able to beautifully capture and bottle what a lot of us go through in relationships and as move through young adulthood, where we try to cope, respond to situations and hopefully develop and grow. There’s probably a thousand reasons as to why Adele is successful and popular, but maybe it’s perhaps everyone on earth just responds to her candid, faithfulness and valor. We also love the Angelic stage Adele, a voice that gives Helen of Troy a run for her money, whilst we’d love to hang out with the off stage Adele, who swears and farts like the rest of us. The sheer juxtaposition is just one of her many charms

The statistics speak louder than anything else and her sheer global record smashing success allows her to dictate how she wants the industry to respond. Her decision to not allow the album to stream (initially), but to force people to buy the physicals has made her a fortune. We all know the power of streaming services (I wouldn’t be writing this piece would I), but few artists can dictate the nature and rules of the streaming game. It doesn’t undermine the streaming services by any means, it just empowers the individual artist and that has to be a positive thing in society and for the development of digital revenue streams as we move forward into the digital post-piracy wasteland. 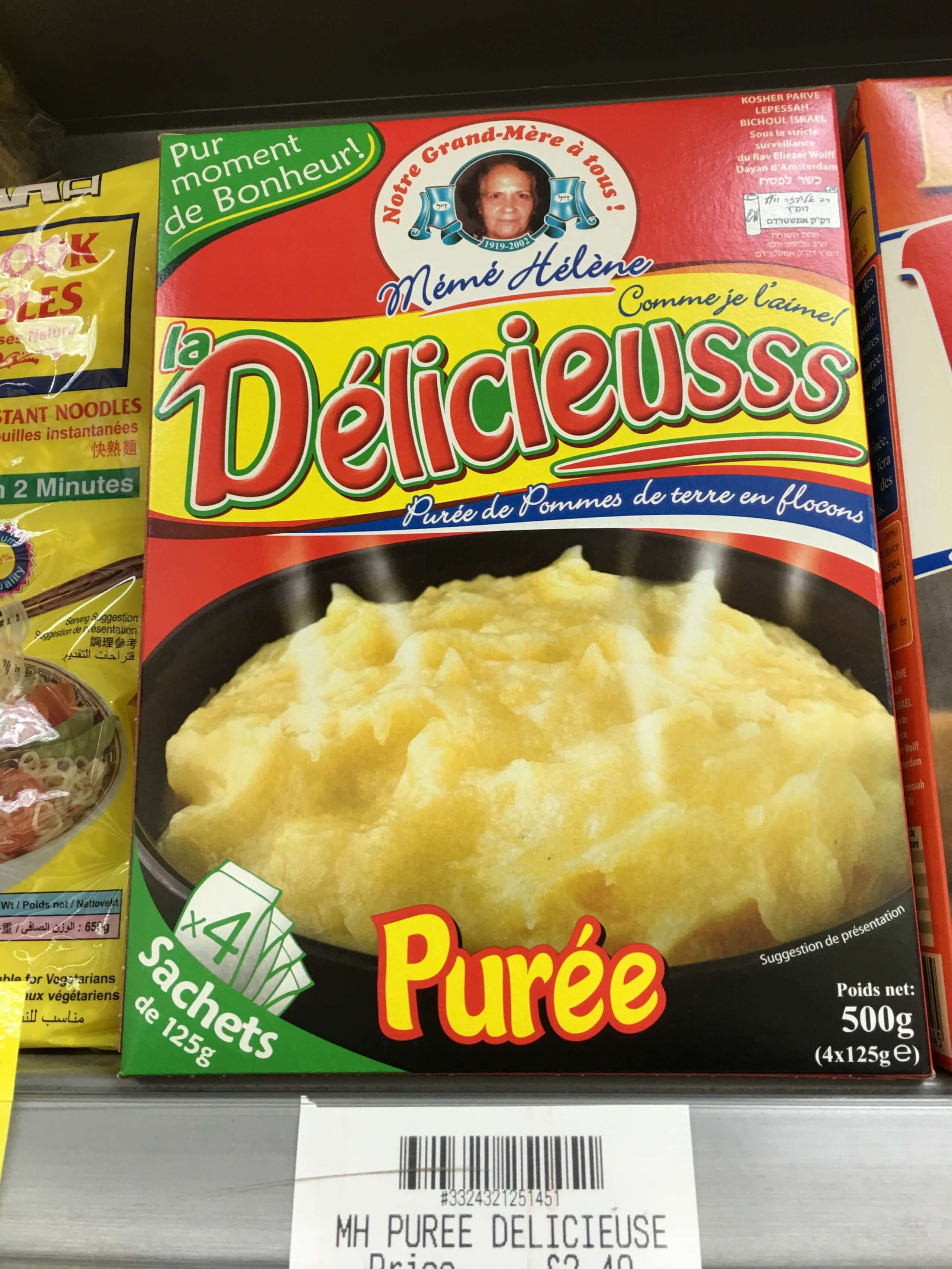 The fifth musical moment of the year goes to Mr Justin Bieber. Why he’s worth

noting, is that he’s gone through a similar music metamorphosis as Miley Cyrus, from sweet eyed youth to gangsta hood rat (sort of/ish). Through that image transition and essentially just growing up and becoming an adult, he has sold a lot of records. At one point of the last couple of weeks, he has 17 records on the Billboard 100, which I don’t think anyone has ever done or even close to that. All credits to him and the mastermind behind him, Scooter Braun who has really understood the power of social media, the power of controversy, and maximising column inches for the awareness of your artist – plus having an incredible artist that is able to adapt and mould to other artists, including Skrillex and Diplo. Justin Bieber has found a way to infiltrate into everyone’s hearts, even me who’s quite a cynic enjoying his music. Sorry is an absolute banger and we all want that at the disco.

2015 has been an interesting year, not only for the kinds of music that is getting airplay and people interested, but how the music industry is constantly changing, with rules being overruled  and record sales being smashed like a good Greek Wedding. Who knows what is going to happen in 2016, but let’s hope it’s as good as the last.