It’s the start of a new week and with it your new guide to what’s happening in London over the next 7 days. It’s approaching the middle of November which means the festive season is beginning to unfold across the city. The Seven Dials are switching on the Christmas Lights this year with an interactive light show in aid of the homeless charity Shelter. In the East End, Londoners can catch a one-off comedy performance by the hysterically inappropriate Pam Ann and dine out in an exciting brand new Portuguese restaurant in Covent Garden. In need of some more inspiration for the week? Here’s our most up-to-date week guide:

1. For a Restaurant Opening: Volta do Mar 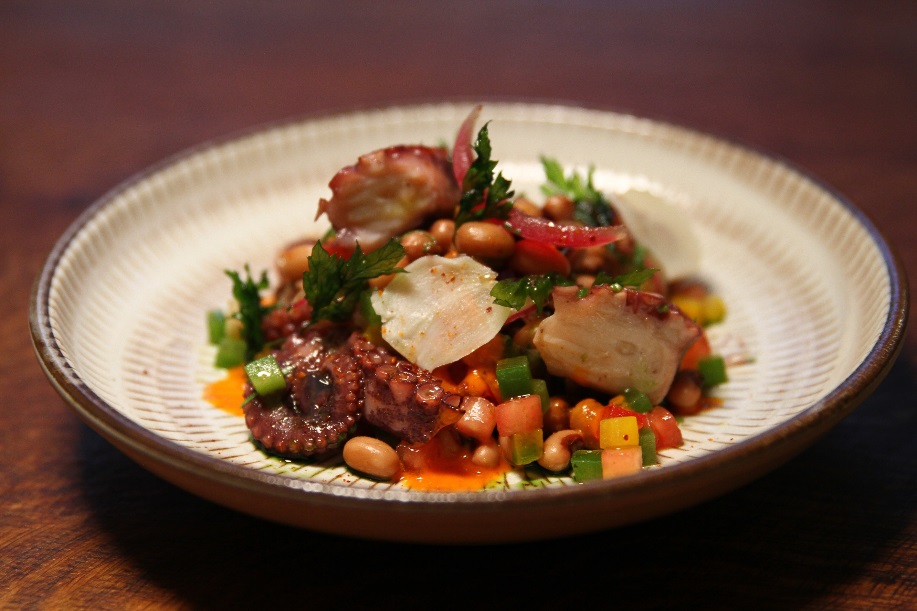 What: Today, Monday 11th November the Portuguese restaurant Volta do Mar is set to open its doors for the first time to bring the exciting flavours of Portugal to Covent Garden.

Why: Volta do Mar’s menu will explore the regional cuisine of Portugal with its sumptuous selection of classic staples as well as dishes born out of the country’s trading past and culinary interactions with Angola, Goa, Mozambique, Brazil, Macau and beyond. George Tannock will be taking the helm as head chef to create an ever-changing menu offering both sharing and large plates. Guests can enjoy dishes such as Smoked ham hock feijoada, a traditional bean-based stew; Iberico Pork Vindalho; Macanese Arroz Marisco, seafood rice served tableside from a Cataplana; Pão Com Chouriço, a dish of Goan smoked chorizo served in a naan. The wine selection has been carefully curated by Founders Simon Mullins and Isabel Almeida Da Silva to showcase the very best of Portuguese vineyards and the restaurant’s interior has been intricately designed to reflect the country’s lively and vibrant atmosphere.

2. For an Immersive Theatre Experience: Crisis? What Crisis? 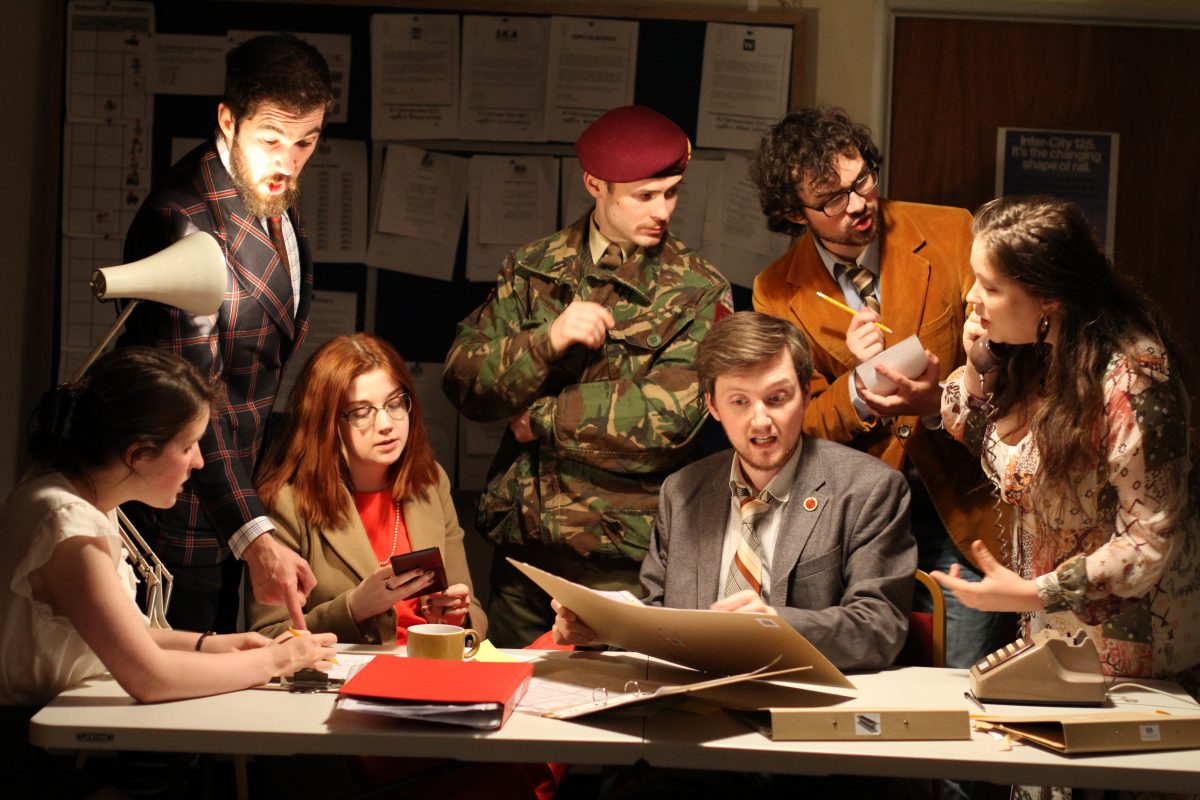 What: From Tuesday 12th November until Sunday 8th December, Parabolic Theatre is bringing a new interactive experience to its audiences in the form of a thrilling live-action board game Crisis? What Crisis?

Why: Parabolic Theatre is giving participants a chance to take a hands-on role in their new show, Crisis? What Crisis? Transporting participants back to 1979 when Britain was on the brink of political collapse, they will be tasked with steering the country to stability while fears of rioting, strikes and economic meltdown spiral. The talented cast of improvisers behind Crisis? What Crisis? will be taking on the roles of politicians and journalists, foreign dignitaries and members of the armed forces. As government special advisors, participants must negotiate with union leaders, handle rogue MPs and the increasingly obstructive media while keeping the economy under control. Led by participant decisions, no two shows are the same and the ending changes with every choice they make.

Price: From £36. Get your tickets online here but hurry as shows are already selling out fast!

3. For an Ibero-American Art Exhibition: VIA Arts Prize 2019 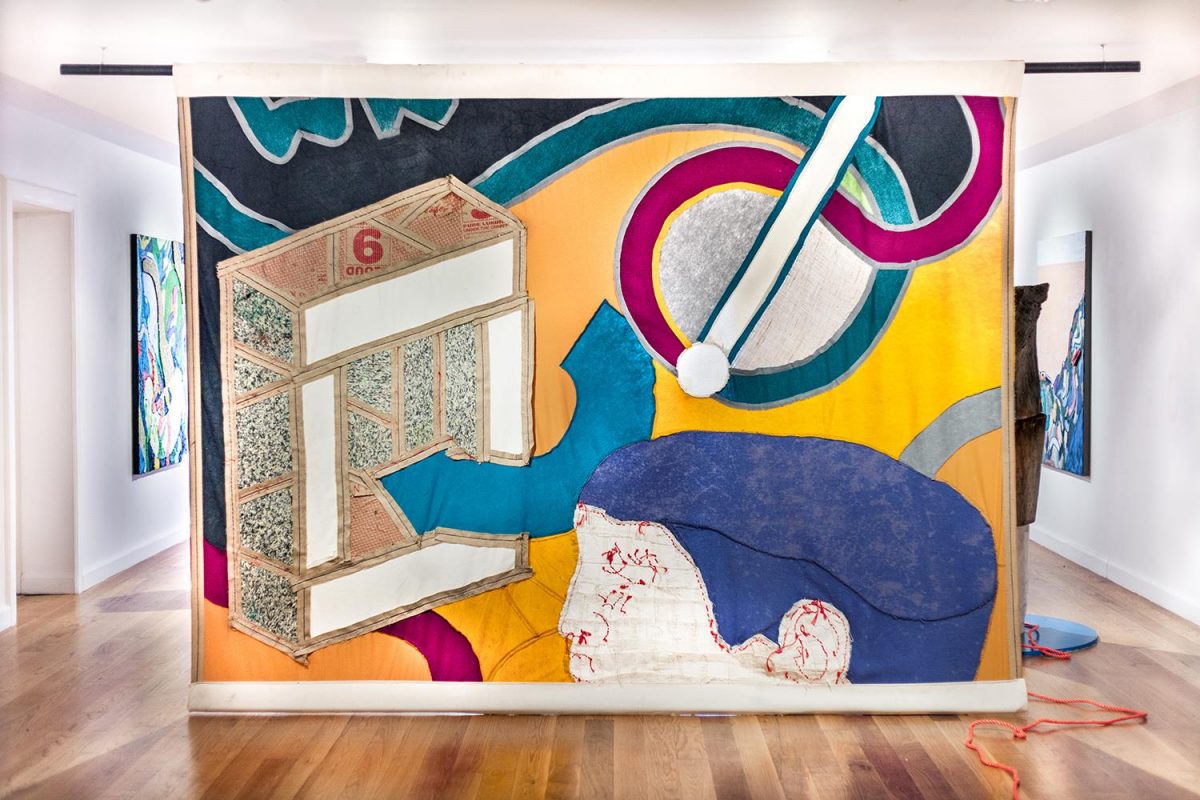 What: The VIA Arts Prize will be launching its 2019 exhibition on Wednesday 13th November and it will be showcasing the top 30 original artworks by 30 UK-based artists inspired by Latin America and the Iberian Peninsula.

Why: The VIA Arts Prize is a celebration of Latin American and Iberian art and culture. It will be launching on Wednesday of this week until 11th December 2019 in London at the Embassy of Brazil’s Sala Brazil and showcasing shortlisted works from around 400 applicants. A jury of prestigious judges will be giving prizes to the winning entries at the opening of the exhibition and guests can vote for their favourite artwork for the People’s Choice Award which will be given at the end of the show. The VIA Arts Prize winner of 2018 and Portuguese mixed media artist Hugo Brazão will also be presenting a new immersive installation alongside the 2019 finalists.

Price: FREE entry between 10am to 6pm. 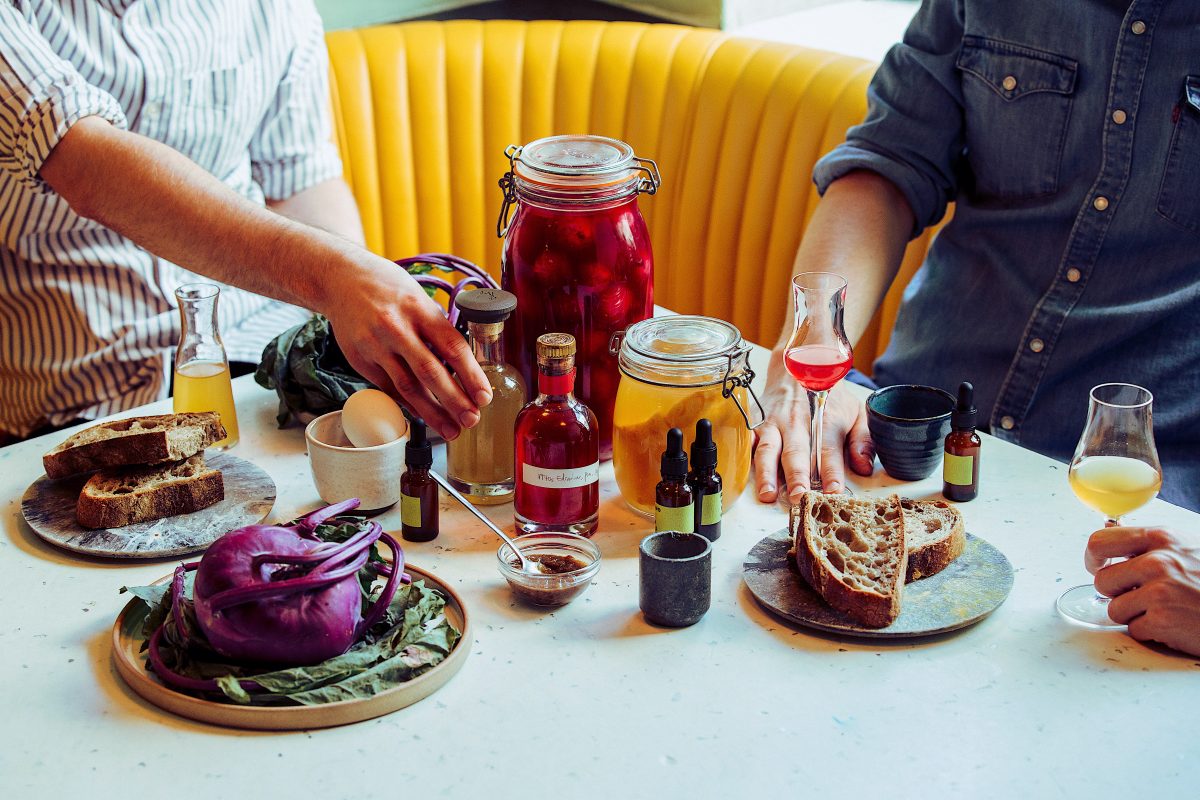 What: Hoxton-based bar and restaurant Cub will be offering Fermentation Masterclasses with a festive twist on 13th-14th November and 11th-12th December.

Why: After a sellout season of summer fermentation masterclasses, Cub is back with 4 more dates just in time for the Christmas season. Each session will be hosted in the restaurant’s newly launched ‘Cub Cave’, a lab underneath the restaurant which serves as a dedicated prep studio and research centre for fermentation. The masterclasses will be led by one of the world’s most prolific experts, Dr Johnny Drain and focus on two areas of the festive season – the ‘pre’ and ‘during’. This week, participants will learn how to create cheeseboard accompaniments and gift ideas. Moving into December, the classes will focus on how to make the most of leftovers including how to make roast turkey garum, veg lacto-pickles and panettone miso.

5. For Christmas Lights with a Cause: Seven Dials 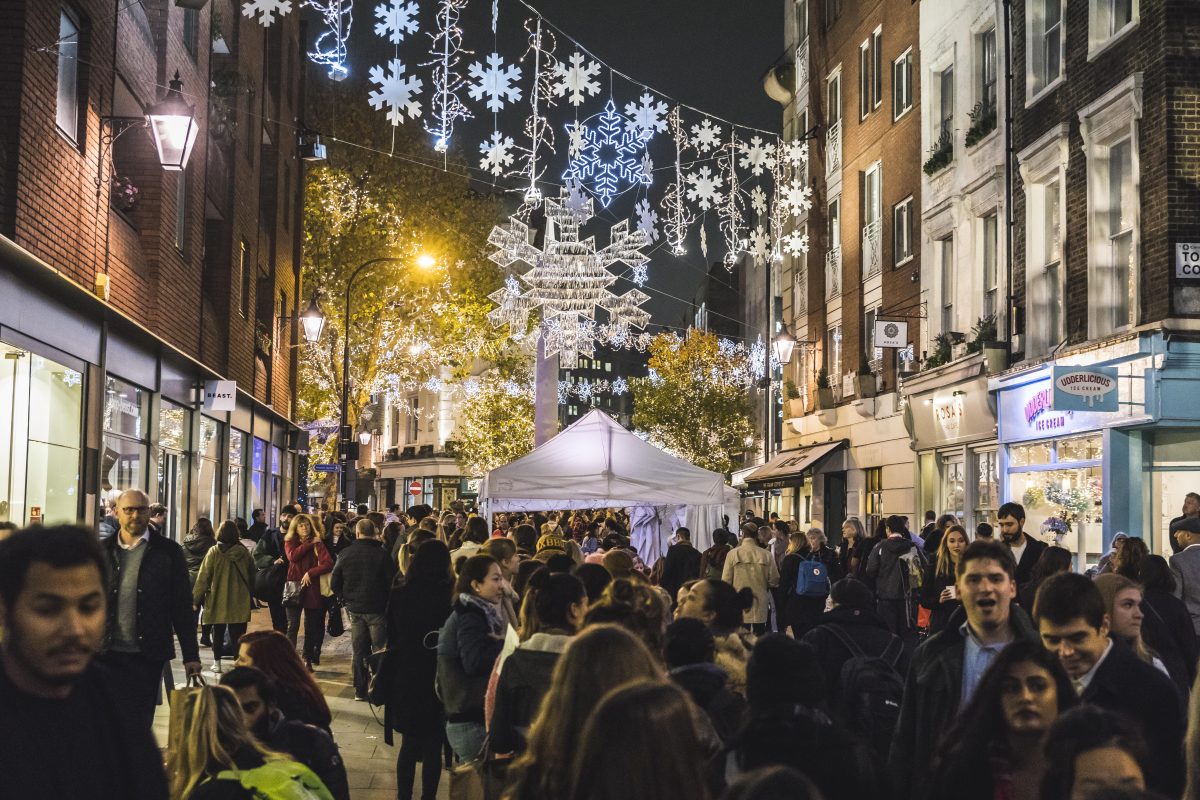 What: On Thursday 14th November, Seven Dials is partnering with housing and homeless charity Shelter, to bring an immersive experience to Christmas shoppers.

Why: Seven Dials is giving shoppers the chance to play their own part in switching on the Christmas Lights this year by encouraging them to make a small donation to the homeless charity, Shelter. This special event will feature over 650 giant stars across the interconnecting streets of Seven Dials. A charity ‘tap point’ will be located on Earlham Street where shoppers can tap their bank card and donate £3 which will go directly to Shelter. Upon receiving the donation, stars at each entrance to Seven Dials will come alive in an immersive sequence of lights. Shoppers will also be able to enjoy complimentary food and drink, free activities and discounts and gifts in selected retailers. DJ AJ Odudu will be hitting the decks throughout the evening at the airstream stage and the House Gospel Choir’s thrilling rendition of contemporary Christmas classics will be bringing on the festive mood.

Price: FREE and opening times are between 5pm – 9pm. Register here to get your ticket. 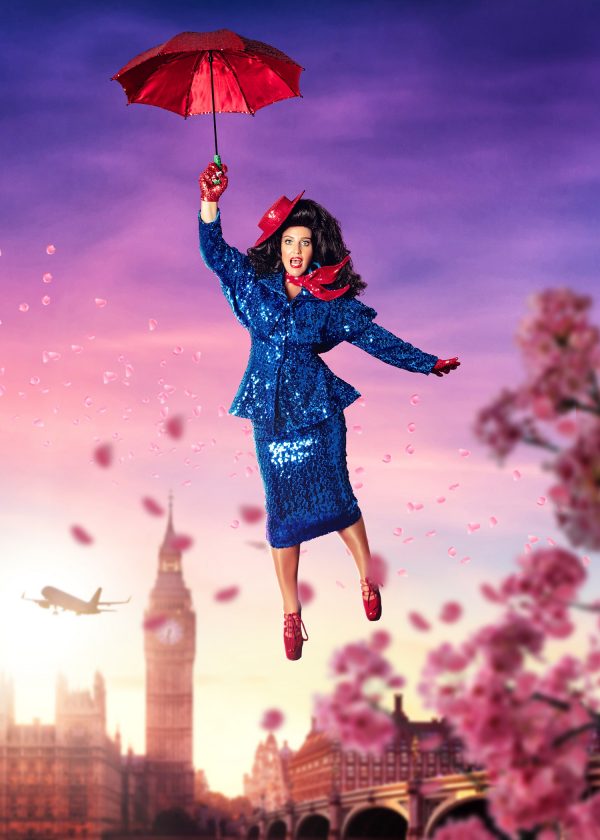 What: On Friday 15th November the perfectly inappropriate comic air-hostess Pam Ann will be coming to the Troxy for a one-night-only performance brimming with raucous fun.

Why: Pam Ann Returns is back and guests can expect a night of hilarity and thigh-slapping fun. Known for her musical numbers and sparkling Garo Sparro costumes, Pam Ann has a fresh observational approach to comedy and a barbed wit that has seen her negotiate even the most politically incorrect flight paths. Pam Ann Returns will transport guests through a magical performance filled with surprises and hysterical movie spoofs including “Mary Poppers” which drops Pam Ann right in the middle of the original Mary Poppins movie. Pam Ann launched 23 years ago and has since toured the world 12 times over. The mastermind behind the show, Caroline Reid, has since starred in her own chat show, worked with some of the world’s biggest airlines and stars including Cher and Elton John and is an outspoken supporter of the LGBTQ community.

Price: From £27.50. Book your tickets here but hurry as it’s a one-time performance only and tickets will sell out fast. 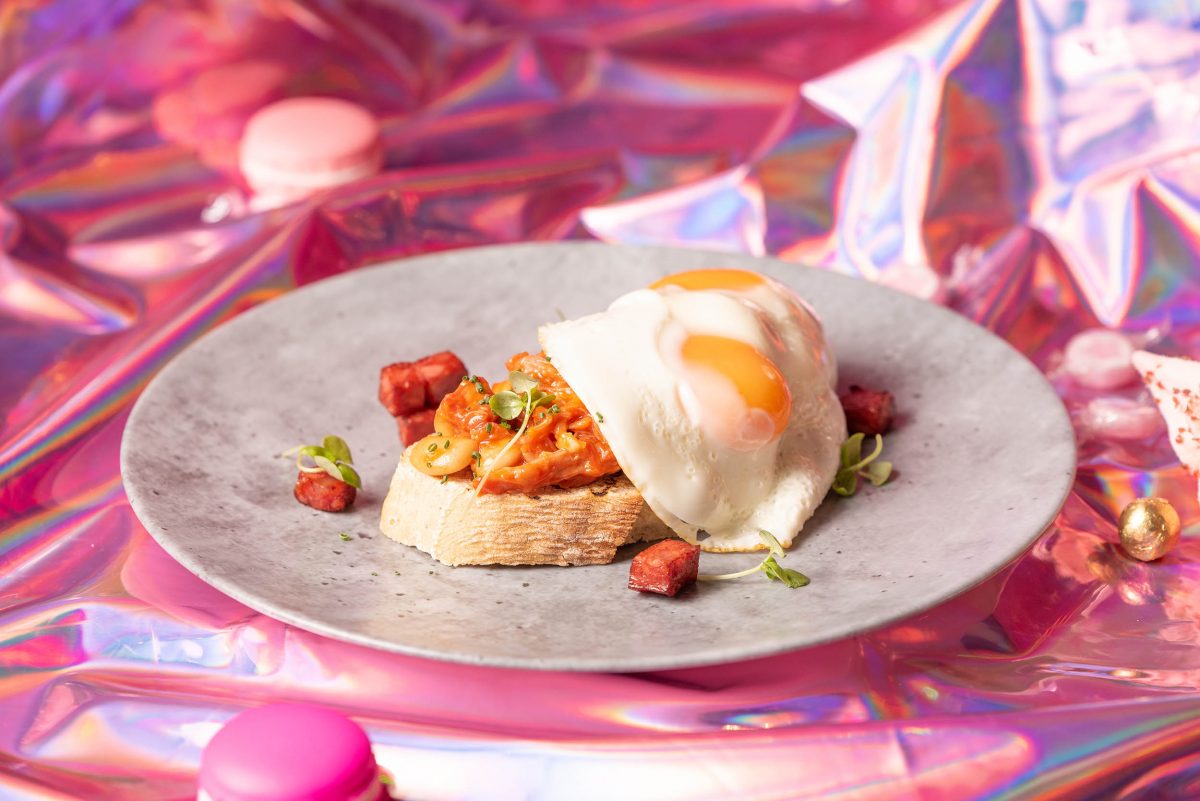 What: Perception Bar at W London has launched a brand new Bottomless Candy Brunch which will be served every Saturday from 1pm – 4pm.